If you’re not already obsessed with South London garage-punks YOWL, here’s your next chance: The five-piece have joined the bill for the next Jäger Curtain Call show, headlined by Traams.

The gig takes place on 9th November at Queen of Hoxton, with tickets on sale via DICE and TicketWeb.

Earlier this week, YOWL unveiled their dark, twisted side via new EP ‘Before the Sleep Sets In’. It’s an amazing introduction, and we’re streaming the EP in full ahead of release.

Traams were confirmed for the Jäger Curtain Call gig back in October. They paid a visit to Strongroom Studio on Curtain Road to record an eight-minute epic, ‘A House on Fire’, and they’ll perform the track in full next Wednesday.

For full details of next week’s show, see below. 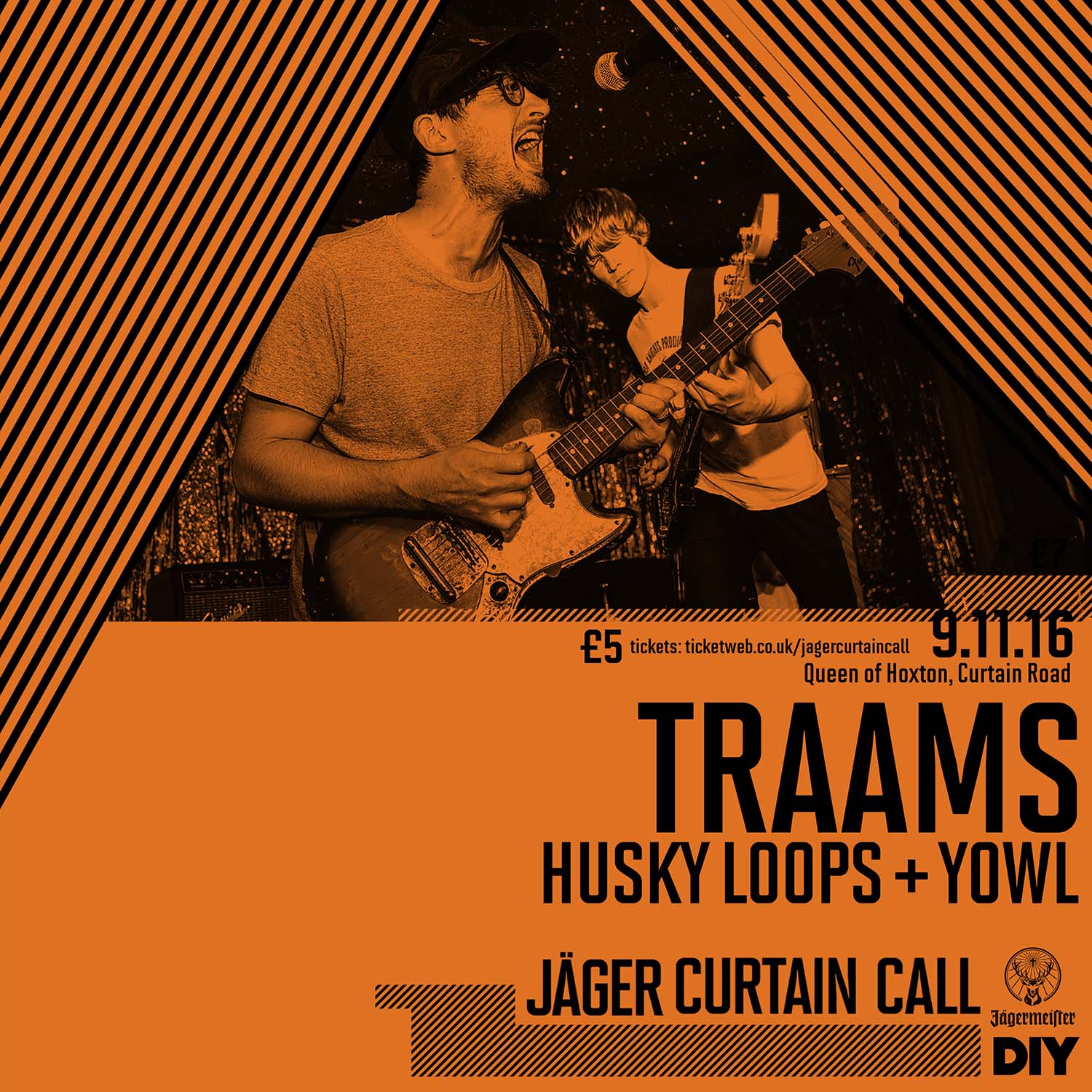