It’s bloody Christmas time again. A time, we agree, for unholy amounts of mince pies and wine, and more repeats of Love Actually than you can shake a red and white sugary stick at, but it’s also a time to reflect on the musical year that has been 2017.

From Oh My God debut albums making new British bands massive, to the year’s most anticipated returns being everything we wanted and more, to incredible acts of defiance against hatred, and, as always, healthy servings of bands doing things that simply made us say: ‘Errr, Say That Again Mate?’.

There’s been some pretty amazing moments this year. So many, in fact, that we’ve collated a hundred of them. We’re going to be sharing them across this week, highlighting some of our favourite festival moments, absolute bangers of singles, political moments that gave us hope, legends of the year and more, before ending up with our ten Big Ones of 2017: the bands and acts that made us laugh, cry, smile and dance the most this year.

Don’t call it a comeback.
The ‘i was there’ live moments of the year.

Bands say and do stupid things. We all know this. This year, though, they’ve really gone above and beyond. From hilarious tweets that, we assume, were composed after a few too many hours on the bubbly, to secret Instagram accounts and the most unlikely of collaborations, these are the moments across 2017 that have made us do a double take and say, ‘errr, say that again mate?’. 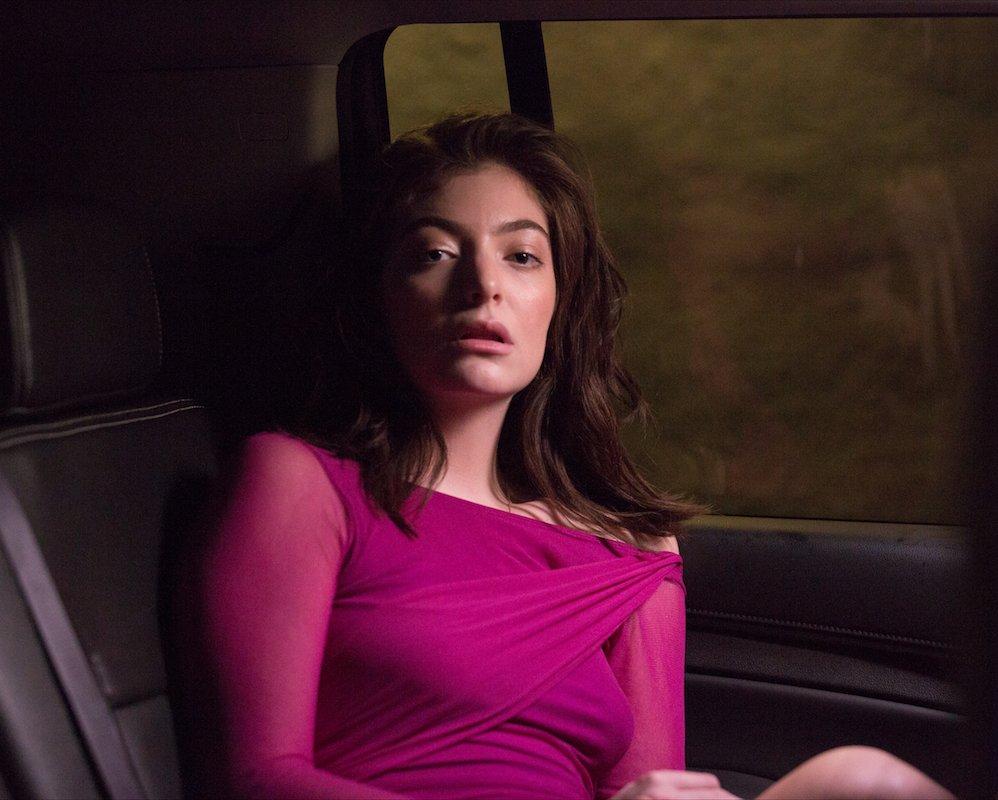 So if you’re ever making onion rings one day, she’s at least left a legacy that could result in some homemade dynamite.

2017 has undeniably been a huge year for Ella Yelich-O’Connor, thanks to the release of her superb second album ‘Melodrama’ and a string of stunning festival appearances. She had a little something else on the side, though: an Instagram account dedicated to rating every onion ring she tried in different places. Yep.

Sitting down with Jimmy Fallon on ‘The Tonight Show’ in June, Lorde admitted that she was behind @onionringsworldwide. “It was a funny thing to do with my friends on the tour, I was like, ‘this is a good pastime’,” she said. “It was fun for about 5 seconds. I think they’re underrated. They don’t get enough credit for how delicious they are”.

The account has now been deactivated and a number of similar accounts have tried to emulate Lorde’s original (there’s even @garlicbreadsworldwide) but none come quite as close to the majesty of those handful of posts. She did let us into the secret of a good onion ring though. “From my semi-professional adventures, a batter works better than a crumb”, she said. “Another thing you can do to make the onion ring more magical is to lightly pickle the onion before you batter it up”. So if you’re ever making onion rings one day, she’s at least left a legacy that could result in some homemade dynamite. Eugenie Johnson 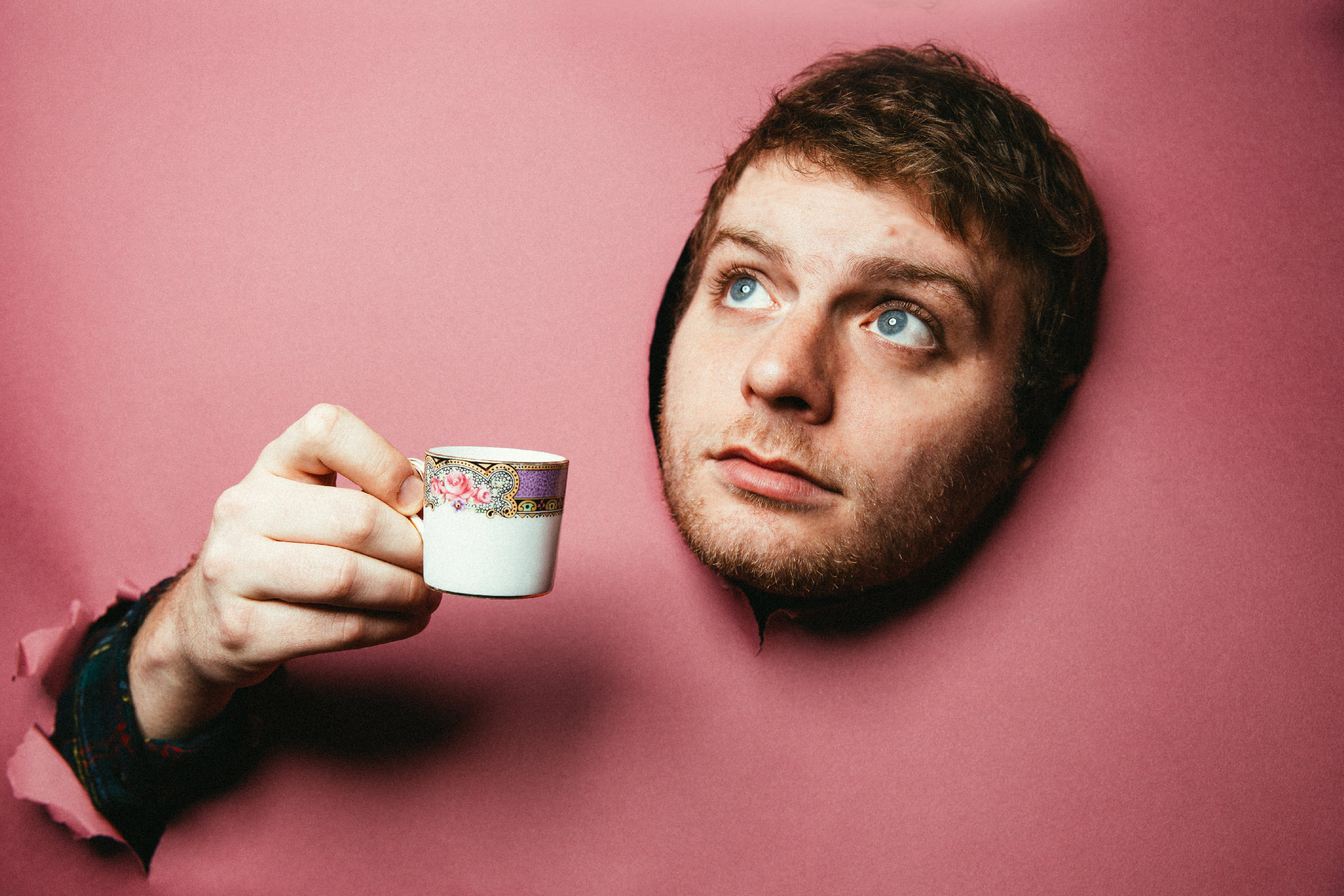 Mac’s live shows have always been an absurd parade, but this might just be his finest moment yet.

We all know the drill: a whole song, with all the lyrics replaced by its one iconic line. Think ‘working as a waitress in a cocktail bar’, 'vomit on his sweater, mom's spaghetti' and on and on. Mac DeMarco took this one further this summer though, bringing a cover of Vanessa Carlton’s simply iconic ‘A Thousand Miles’ to a host of summer festivals, and, well...making his way downtown.

May this serve as a warning. Do not mess, u little fuckers.

In a world where pop superstars’ social media accounts are manicured into politeness to within an inch of their lives, it’s refreshing when somebody breaks rank with glorious aplomb. Upon learning that her latest album ‘Lust For Life’ had prematurely made its way online ahead of its official release on July 21st, Lana Del Rey took matters into her own hands.

“U little fuckers” she cuttingly told one fan who tweeted about the link, mustering up all the shade of a thousand leafy trees in direct sunlight in the process. And while most artists might wake up the next day and regret an outburst (or get made to take it down by their publicist, let’s be honest), Lana’s left hers well alone. May this serve as a warning. Do not mess, u little fuckers. El Hunt

Read: The DIY review of ‘Lust For Life’.

Blaenavon playing with the Blaenavon choir in Blaenavon 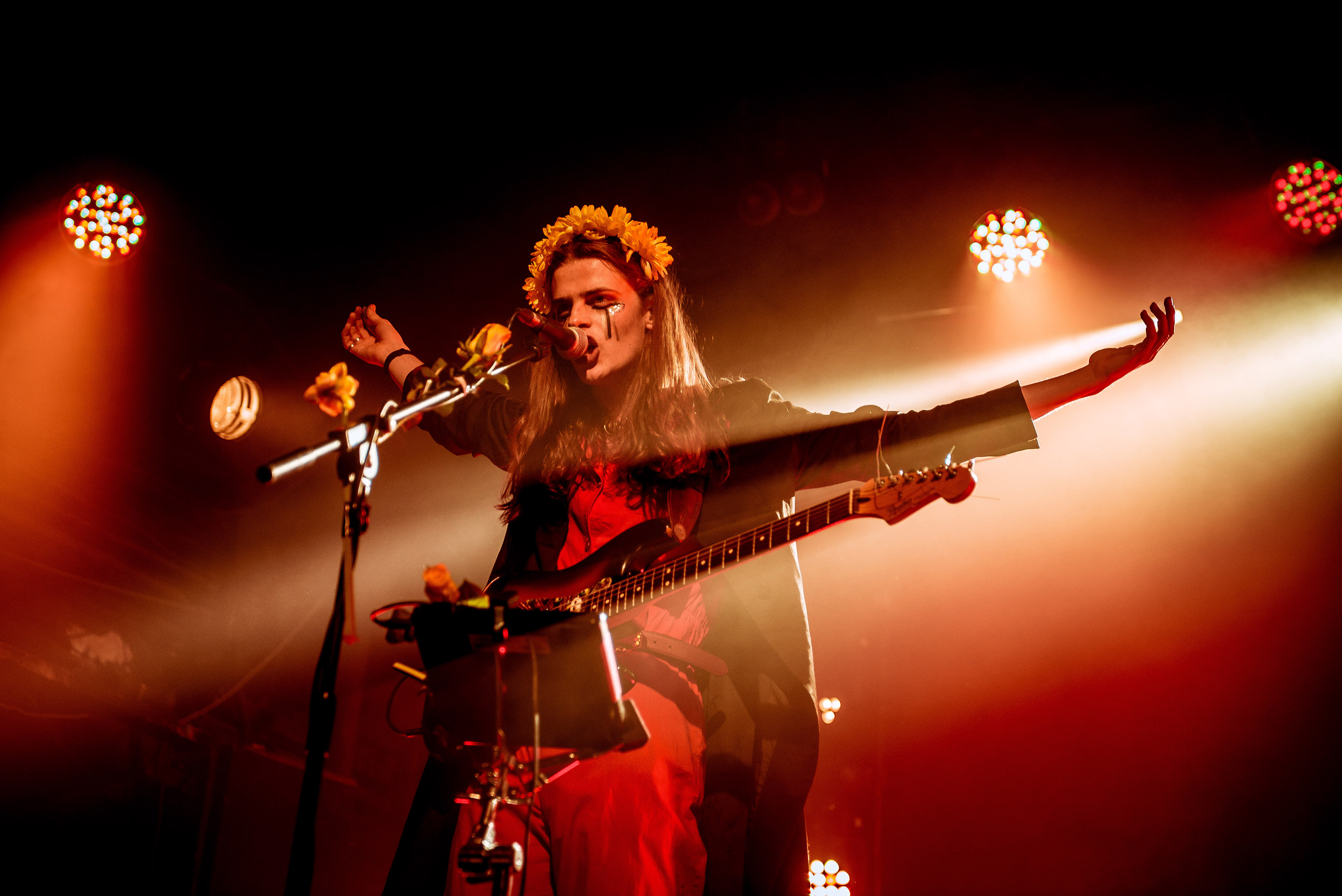 Some ideas are simply too good to pass over. Such was the case when DIY faves Blaenavon went fully meta and played a one-off show in the town of Blaenavon with the Blaeneavon Male Voice Choir in May.

Already playing sizeable venues around the country in support of their most excellent debut 'That's Your Lot', there was no reason for the trio to play a tiny Welsh working men's club except for the fact that the concept was funny. There didn't need to be. There never needs to be.

So bands: take note. Chvrches, we want you to do a tour of churches. Foals: do a gig in a stable. Two Door Cinema Club: we're pretty sure there's an Odeon in most towns. Doing things because they're mildly entertaining is always the best reason. Well done Blaeners for understanding that. Lisa Wright

Read: Lost In Paris: the DIY feature with Blaenavon.

“The old Taylor can’t come to the phone right now. Why? ‘COS SHE’S DEAD” 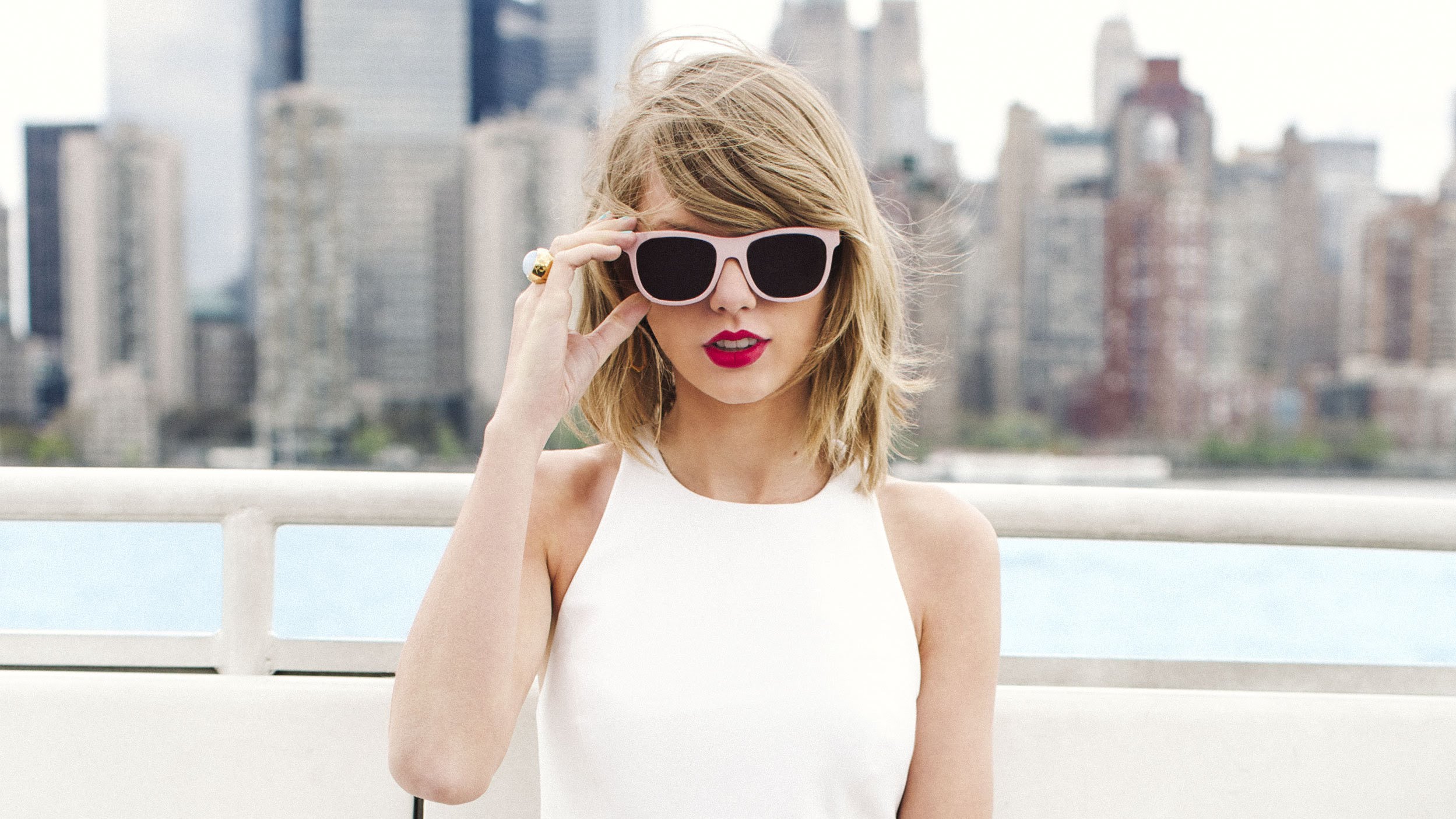 Whether we were laughing with her or at her, it didn’t really matter, because when you can mop up your tears with spare $100 bills then nothing really does.

Oh Taylor. Taylor, Taylor, Taylor. Now, we're used to some interesting moves from the world's somewhat dethroned new people's princess. Sometimes they're good, like, y'know, the whole of '1989'. Sometimes they're bad, like when she implemented a recent points system to gain entry to her upcoming tour, an elitist horrorshow in which people who were able to purchase the most merch and other (very expensive) affiliated Tay products graduated up the waiting list for tickets. And sometimes they're just plain hilarious, like this year's comeback single 'Look What You Made Me Do'.

Though resultant LP 'reputation' was largely well-received, there are many things on its lead track that could be seen as a kind of quarter-life crisis. The emo typeface artwork. The fact she sampled Right Said Fred (?!), the very thinly-veiled prickly bitching throughout. But there was none more baffling a moment than the really quite incredible spoken word interlude part way through, a Britney Spears “but I thought the old lady dropped it into the ocean at the end?”-esque moment of such sledgehammer unsubtlety that it seems literally mental that its author could have won nine Grammy awards for songwriting.

It was mad, but perversely brilliant. Whether we were laughing with her or at her, it didn't really matter, because when you can mop up your tears with spare $100 bills then nothing really does. Lisa Wright

Foo Fighters are the kings of rick’n’roll 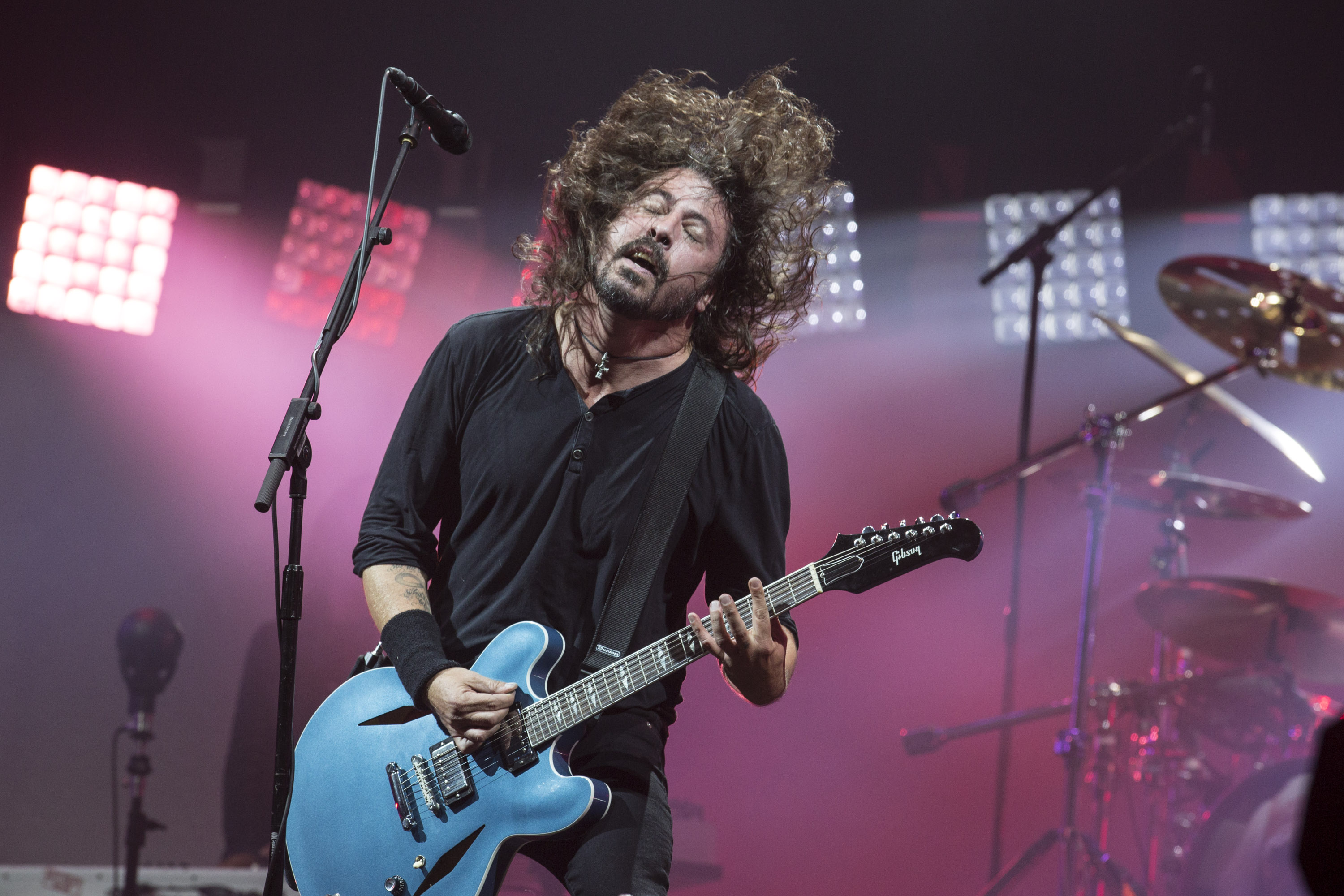 Cue one of the more surreal musical moments of the year.

It may be a decade since the internet gifted us the then-hilarious prank-du-jour of Rick-rolling (aka redirecting unsuspecting clickers to a video of Astley's famous 1987 hit 'Never Gonna Give You Up'. It was a simpler time...) but when Dave Grohl turned up to the O2 in September, he decided to rick-roll the audience IRL.

Though the crowd that night was predictably jam packed with famous faces (alright Kylie! Hello there Brian May!), it was Rick that the Foo Fighters bizarrely decided to hoist up on stage for a run through of his biggest hit. Cue one of the more surreal musical moments of the year as big Dave stopped the rock machine for a few minutes for a trip down pop memory lane. And then launched straight back into 'Best of You'. Why not, eh? Lisa Wright 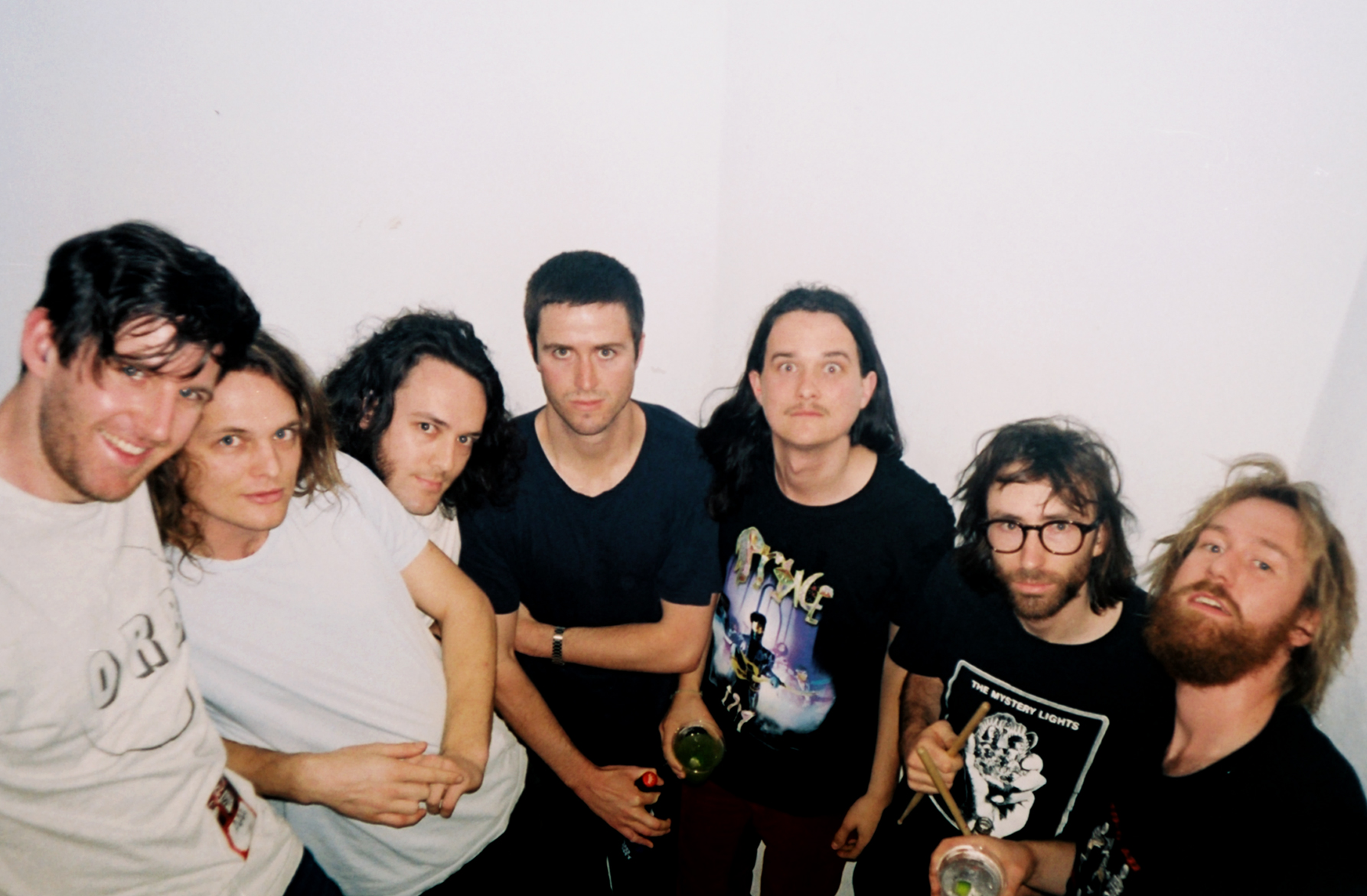 They can probably put their feet up for a well-deserved rest. Will they though? Nah, probably not.

Five albums. One year. On paper, it looks like a monumental, maybe even impossible task. Just a few months after they released ‘Nonagon Infinity’ last year though, Aussie psych-heads King Gizzard & The Lizard Wizard decided to take on the challenge of releasing a handful of albums over the course of 12 months. We always knew they had a heck of a work ethic (‘Nonagon Infinity’ was their eighth album in less than five years) but surely even this was a bit too much. Right?

Well, nope. King Gizzard launched into their quest at break-neck speed with ‘Flying Mictrotonal Banana’ back in February, followed by ‘Murder of the Universe’ in June. They teamed up with Mild High Club for the third in the series, ‘Sketches of Brunswick East’, with their most recent effort ‘Polygondwanaland’ hot on its heels. What’s perhaps just as impressive as this quick-fire stream of LPs is the fact that each one is just as imaginative as the last. From the sprawling nature of ‘Murder of the Universe’, set into three distinct episodes centring mostly around the concepts of life and death, to stepping a bit further away from their psych-rock tendencies by adding a fusion of soul, jazz and folk to ‘Sketches of Brunswick East’.

With just a couple of weeks to go until the close of 2017, King Gizzard have promised one last record, after which they can probably put their feet up for a well-deserved rest. Will they though? Nah, probably not. Eugenie Johnson 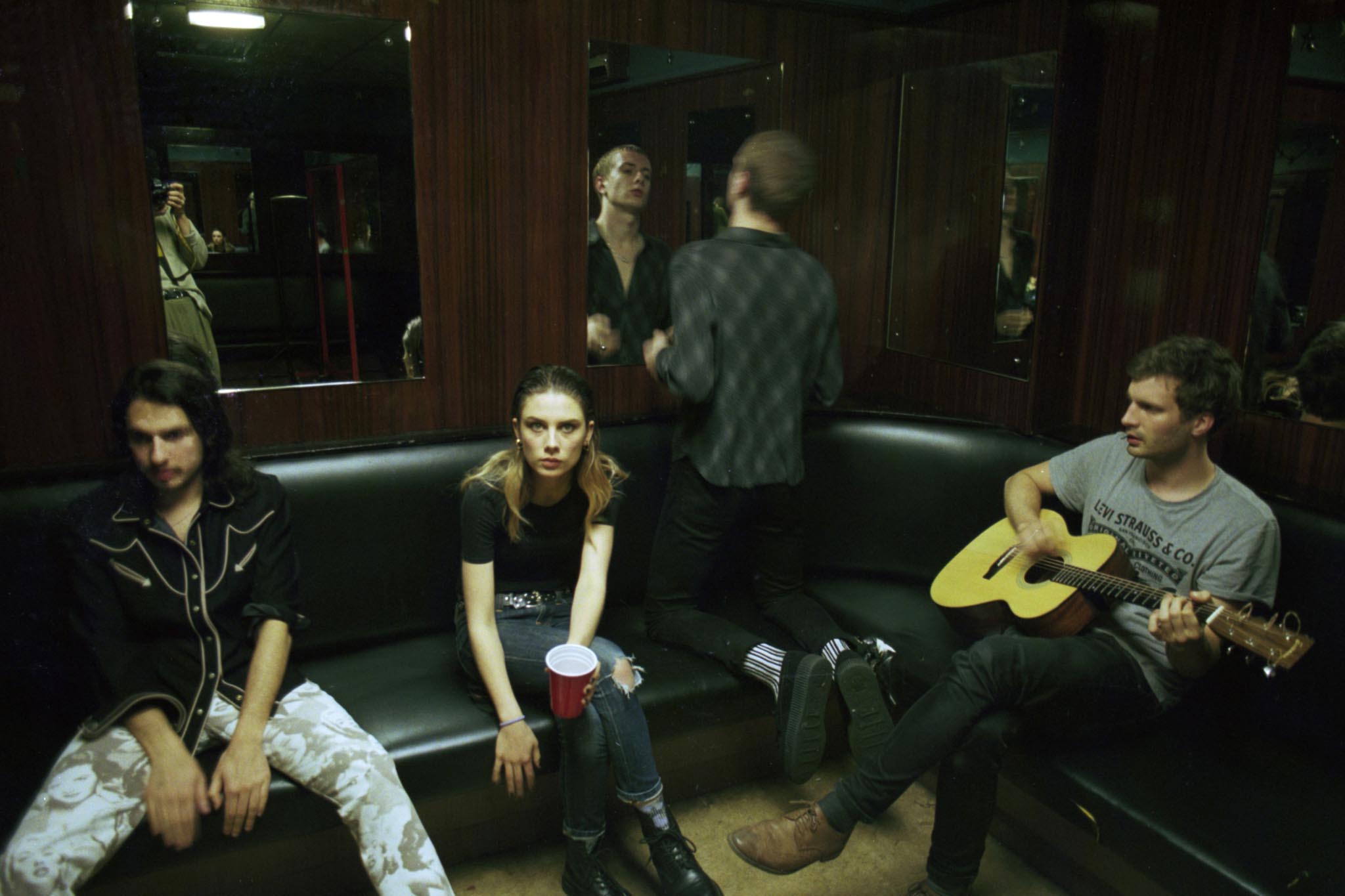 That’s not a tear in our eye, it’s just windy outside yeah?

It might come a a surprise considering we very rarely bang on about this lot, interview them, put them on the cover or generally shout about their world-beating excellence but we're actually quite big fans of Wolf Alice over at DIY HQ.

It was quite nice then (!!) when Ellie, Joff, Joel and Theo put out really rather fantastic second LP 'Visions Of A Life' this September and then followed it with an end of year that elevated them to next level superstars. Good on 'em, we say!

But seriously though, if Wolf Al's superlative debut marked them out as this generation's indie frontrunners, then 2017 was when they showed it was no fluke. From a stupidly exciting early morning secret set at Reading Festival, to a half hilarious/ half deadly serious chart battle with Shania Twain, everything the quartet touched this year was imbued with a kind of magic. Then they rounded it all off with an enormous, sold out homecoming show at Alexandra Palace and, frankly, our hearts burst with happiness. That's not a tear in our eye, it's just windy outside yeah? Lisa Wright

Read: The DIY cover feature with Wolf Alice - The Next Life.