It probably doesn’t come as too much of a surprise that a band calling themselves Easy Life don’t want to take themselves too seriously. Sitting in a central London pub, the Leicester-based five-piece - who formed on something of a whim in late 2017 after spending the few years before scattered around various other bands in the city - are buzzing with an excitable energy, finishing each other’s sentences and veering off topic with anecdotes at every opportunity.

Fresh from releasing mixtape ‘Creature Habits’, and a spattering of standalone tracks, they’ve since spent time refining their live show via a series of festival dates and their first sold-out headline tour, proving they’ve had a pretty incredible first year. Top of the agenda today though: plants?

“We’re big plant lovers. In fact, Sam [Hewitt, bassist / saxophonist] is head of horticulture here at Easy Life,” drummer Olly Cassidy affirms. “I overwatered a plant once and he told me off.” “When we play shows and stuff we try and bring some good plants,” adds frontman Murray Matravers. “Then it feels like we’re just playing in the living room, because it feels pretty sterile if you’re just locked in a room with no greenery for hours at a time.”

All of this, it turns out, is just a roundabout route to discussing the band’s recent appearance on Later… with Jools Holland, where - surrounded by some of their favourite leafy friends for company - the band performed single ‘Nightmares’. 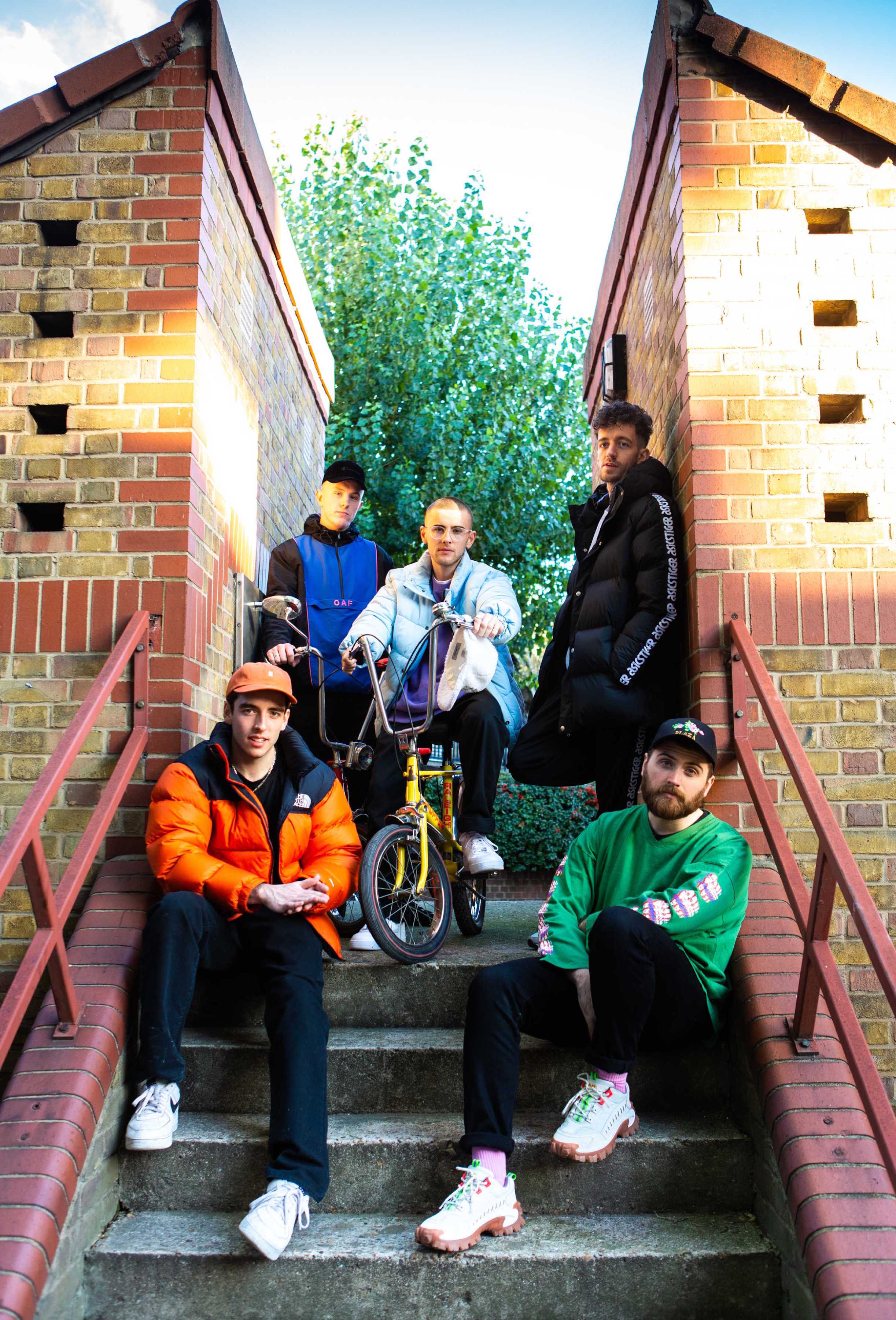 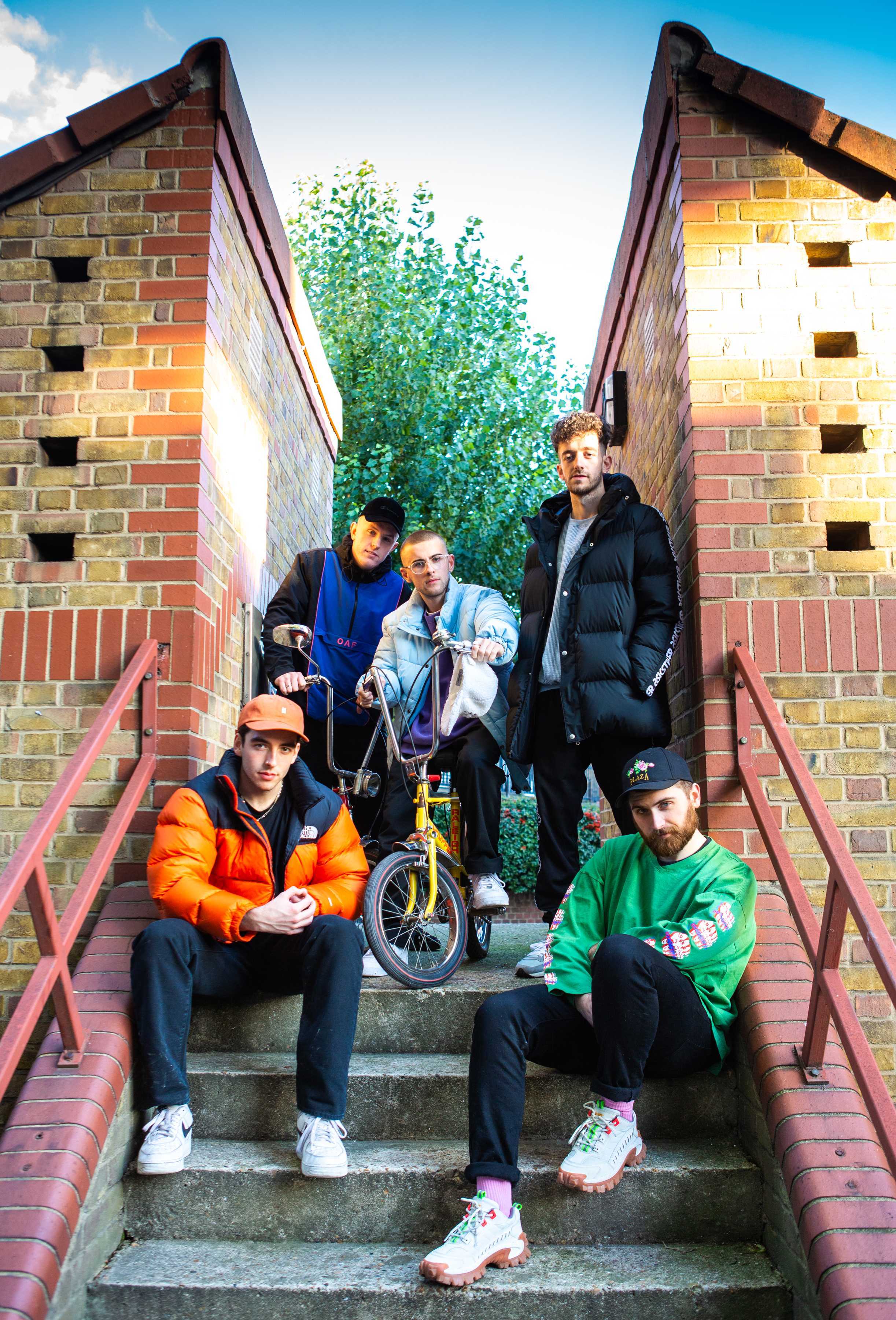 “We got called ‘Arctic Monkeys with a cold’.”

"It was amazing," says Murray. "It was one of the things that we had always wanted to achieve, since we first started playing music together so it's massive." And while their performance stands as one ticked off the ol' bucket list, much like any band left to the mercy of YouTube commentators, it also introduced them to a handful of their critics. "[Someone was like] 'tell Eminem he wants his look back!'" he continues, laughing. "We got called 'Arctic Monkeys with a cold'. Our guitarist got called a 'wet wipe!'"

"We've started getting some messages from people now saying 'oh, your music has gotten me through some shit'," adds Sam. "Or we get comments saying it's absolutely shit!" Olly finishes, before the band descend into fits of laughter. As the saying goes, haters gonna hate, but you'd be hard pressed to find a member of Easy Life - completed by guitarist Lewis Berry and keysman Jordan Birtles - who seems to care too much.

What they are a little more concerned about, however, is talk of their previous careers. Though the group had lots of "really awful part-time work" before Easy Life came to fruition, they, weren't actually potato farmers before joining the world of music, despite rumours to the contrary. 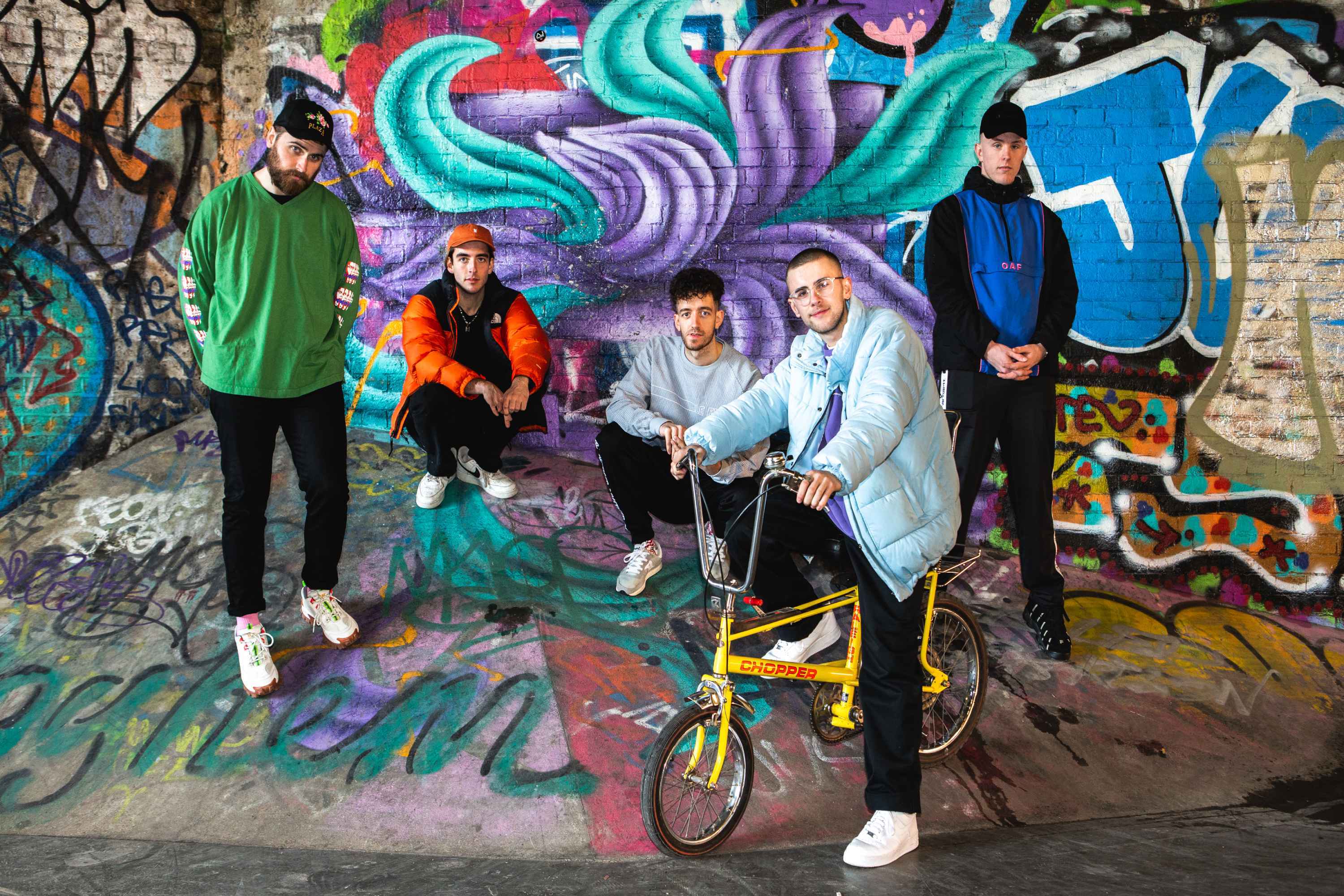 “We were literally making an intro track for the tour recently and then my was mum was ringing me up like ‘oh, we gotta get the cows in!’”

"That's been misquoted so many times!" Murray says, laughing. "There's this Spanish write-up that was like, 'oh he’s grafted his whole life on a potato and chicken farm' as though I'd had an impoverished upbringing and never seen a city in my life and never went to school… But no, my mum and dad are still farming to this day, which is nice. I do have to help out though." How so, we ask?

"Well, we were literally making an intro track for the tour recently and then my was mum was ringing me up like 'oh, we gotta get the cows in!' So I stopped the traffic, herded about eighty cows into the shed for the winter and there they are. They’'e going to be there until spring."

Based out of a creative hub near Leicester's Narborough Road - known for being the 'most diverse' street in England - the band estimate that they rehearse in a space that has "50% of the city's music scene in one building". "There's a lot of roots and culture and sound system vibes, but there's not much going on in pop world," Olly explains.

But being surrounded by a variety of musical styles has served the band well. Easy Life aren't keen to single out any fixed influences ("although Beyoncé is a massive one," Sam says, smirking), but this lack of adhering to any set of genre rules is what they do best. Coating bittersweet lyrics dissecting everyday life struggles with a hip-hop-meets-indie veneer, then mixing it in with a slacker rock attitude, their music sounds like what it feels like to just sit back and go with the flow.

“[We’re] a reflection on how life can be pretty shit but you need to find all the pleasure you can in it.”

"[We're] a reflection on how life can be pretty shit but you need to find all the pleasure you can in it," Sam explains of the band's ethos. "When you can enjoy yourself, do it! And we're here for you, through the good and the bad. We wanna make it easy." "That sounds like a helpline!" Murray interjects, before they all roar with laughter again.

Easy Life aren't aiming to be political or philosophical. It doesn't even really seem like they have a particular lofty ambition for the band, either. They're just a group of mates, making music out of whatever excites them and looking for the good vibes wherever they go. Sounds like a nice life to us.

As featured in the December 2018/January 2019 issue of DIY, out now at stockists across the UK. Alternatively, read below, get a copy sent to your door, or subscribe for a full year. 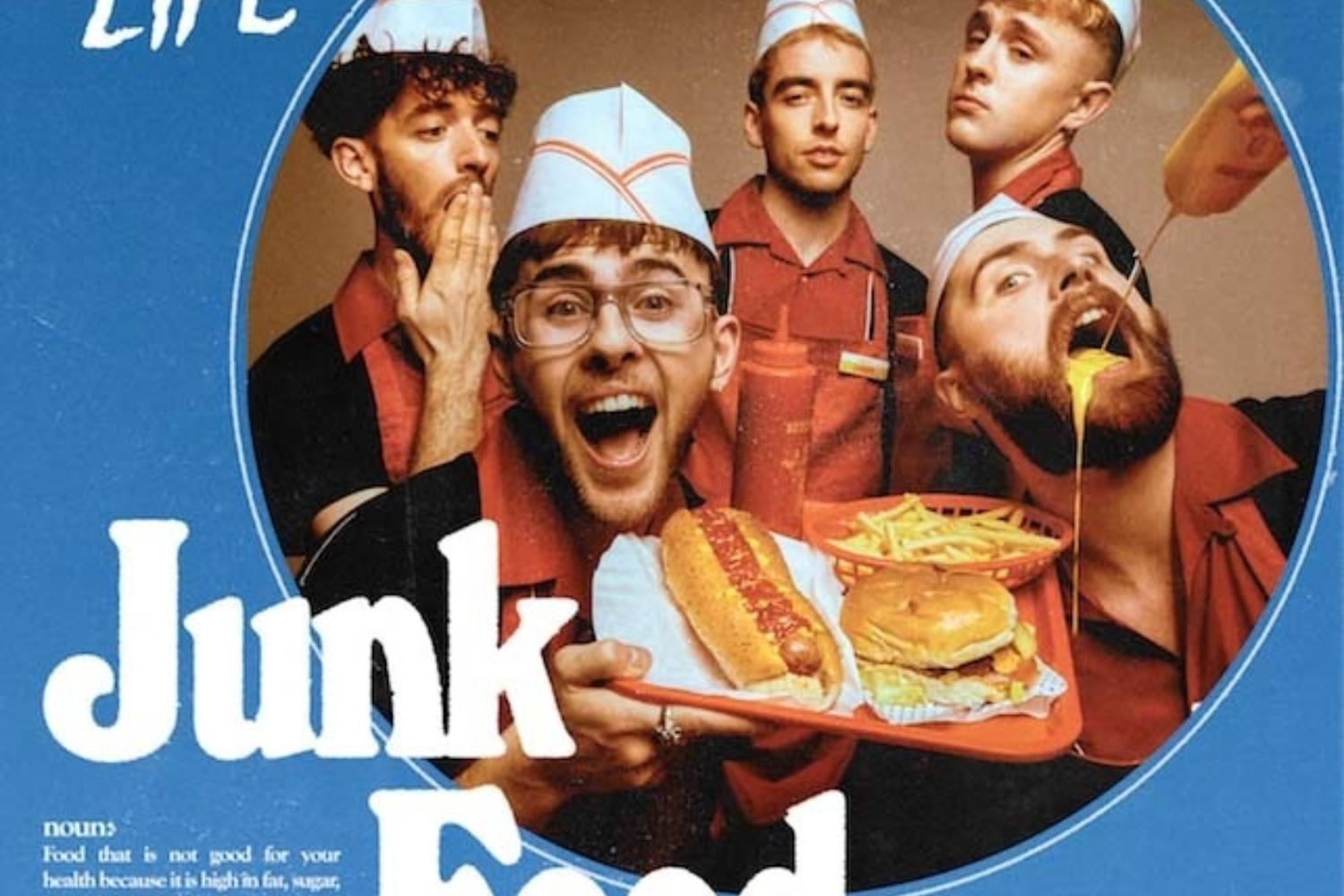 A mixtape that leans even more towards meticulously crafted chilled out vibes. 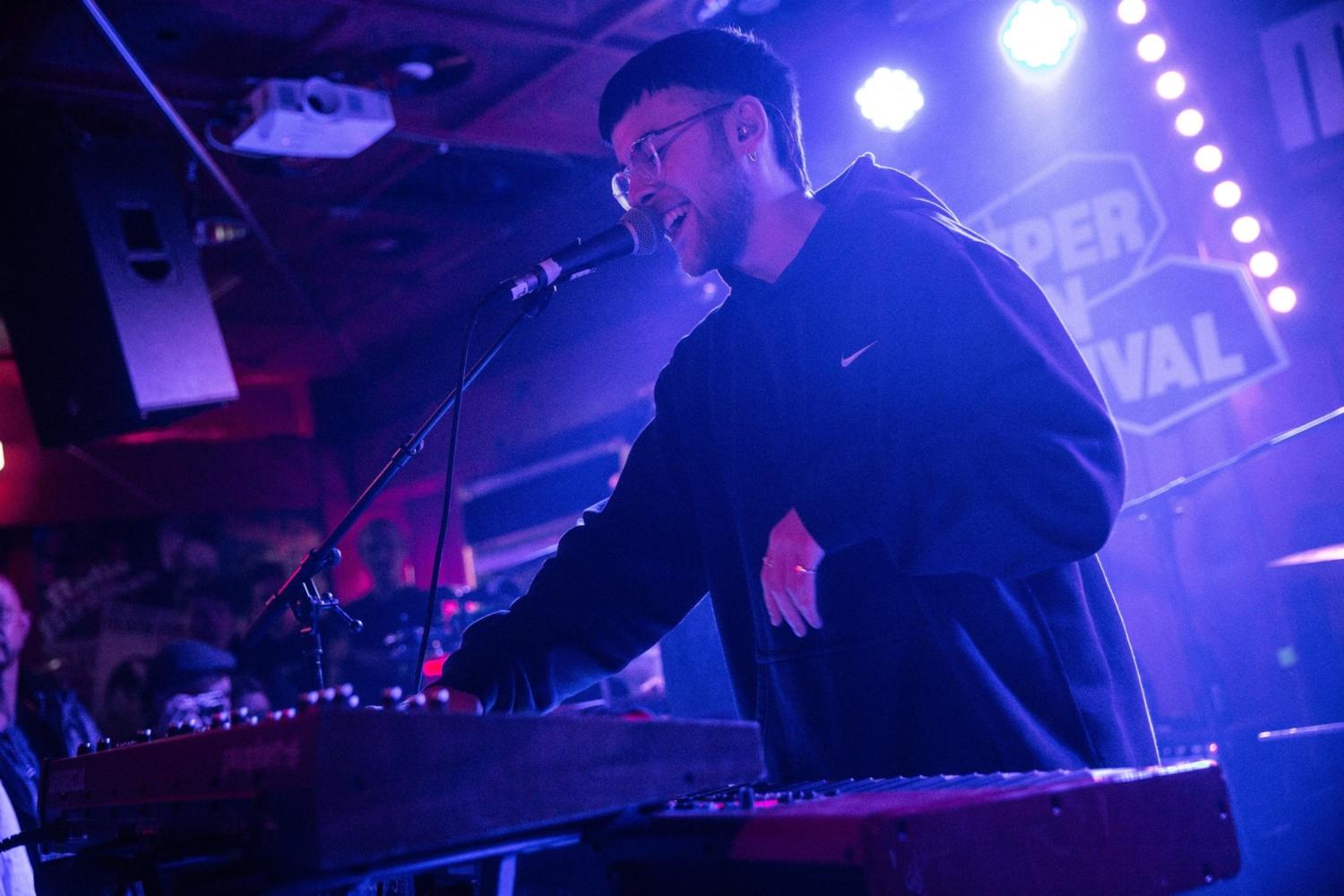 Easy Life to headline this year’s Dot To Dot festival 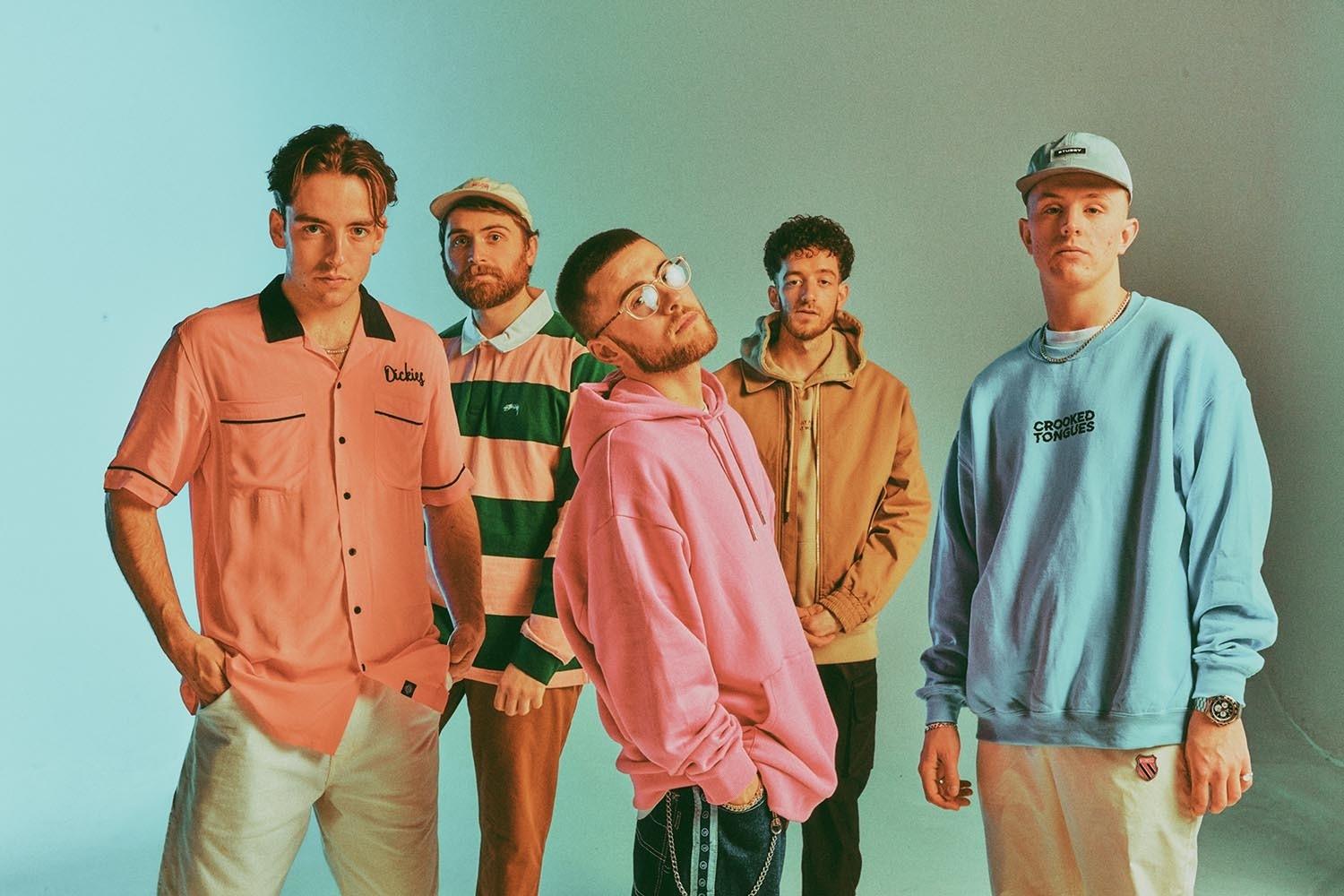 The track gets taken from their new mixtape ‘Junk Food’, which gets released tomorrow.

The quintet will share their new seven-track mixtape in January 2020.