Sports Team are back, starting the year with a wonderful ode to our country’s greatest motorway, the ‘M5’.

The track is taken from a new EP called ‘Keep Walking!’, out on 8th March via the band’s own Holm Front imprint, and comes with its own new video, which is full of brilliant green screen madness and a flying car. Just a warning, though: don’t try this at home.

Speaking about the new track, vocalist Alex Rice says: “We want to get into the minutiae of everyday life, valorise it, romanticise it, play with it. If England seems prosaic then people should be able to find something uplifting in that.”

Sports Team are heading out on a UK headline tour in March, and appeared on the cover of our Class Of 2019 cover at the end of last year.

View the tour dates and watch the ‘M5’ video below.

Read our Class Of 2019 feature with the band here.

The triumphant ending to a year that has seen Sports Team prove time and time again that they’ve got that something a little bit special. 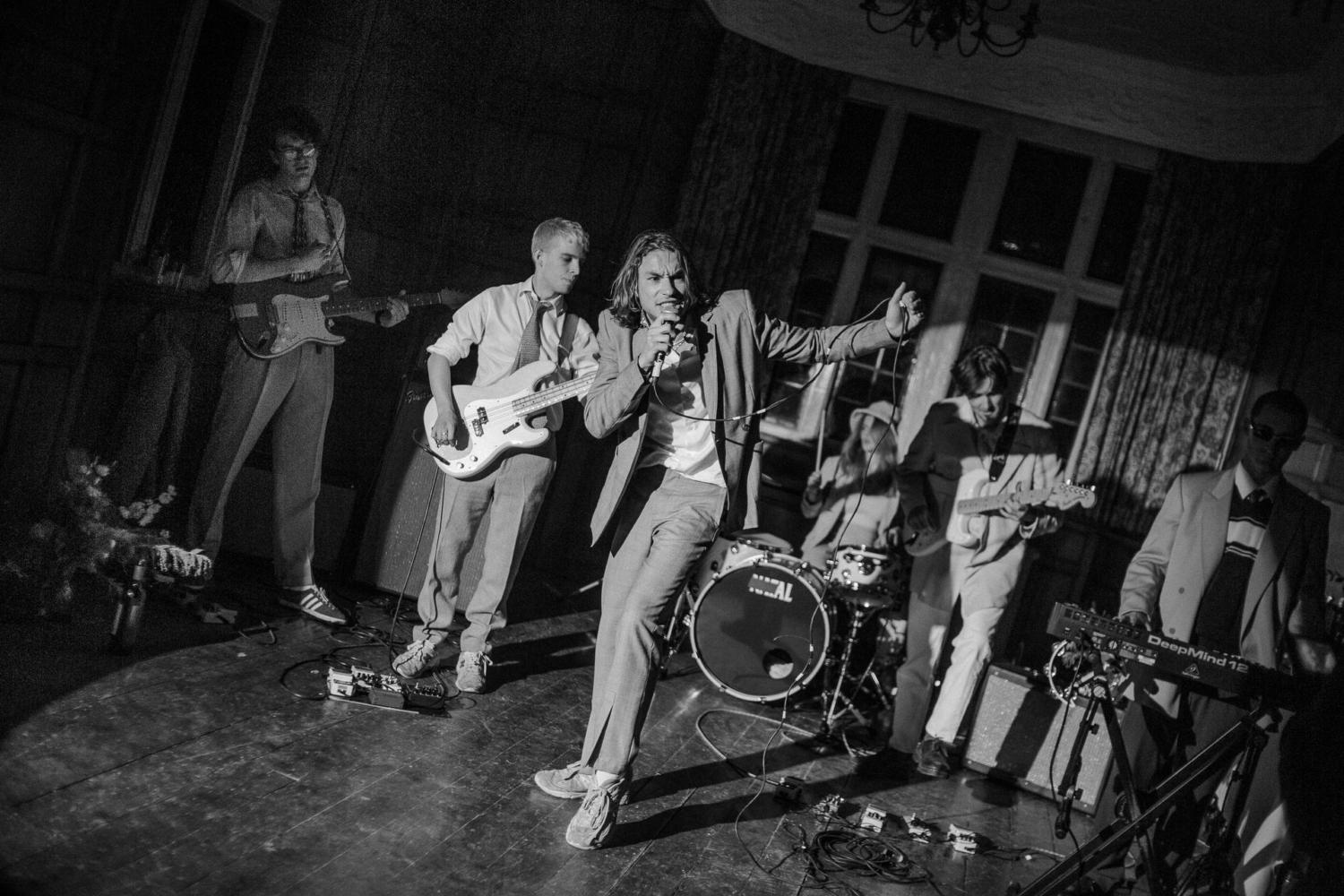 The Cambridge six-piece appear as the wedding band in their latest visuals.