“A lot of people just refuse to listen to my songs and only want to talk about me and my genitals,” Kim Petras laughs over the phone. “It’s really annoying!” Undergoing highly publicised gender confirmation surgery when she was in her teens, the 26-year-old, German-born pop phenomenon has had people purely focussing on what’s in her pants for over a decade now. Since then, the platinum blonde, pint-sized pop star has had to fight to show her talent.

Raised on a healthy diet of US pop icons from the late ‘90s and early ‘00s, when Kim was growing up she would recreate music videos relentlessly in her room as a means of finding solace. “I always imagined pop music being the escape from my life which I didn’t like as a teenager at all,” she recalls. “I loved Britney, Gwen [Stefani], Madonna, Cindy Lauper, Boy George, Jojo, Destiny’s Child, Rihanna. All of them were like my friends because I didn’t really have any friends.”

Wanting to make music herself, she would obsessively look up the names on the back of her CDs, becoming intrigued by the songwriters she discovered and following all of their work. By the time the singer was in her mid-teens, she had amassed a back catalogue of around 500 songs that she’d made in her bedroom, but the notoriety surrounding her transition stopped people from recognising her promising talent as an artist. “In Germany, labels definitely didn’t want to work with me,” she remembers. “I did documentaries when I was a young kid about being transgender, so then in Germany I just had the ‘transgender kid from TV’ stamp. I couldn’t find anybody who wanted to work with me or who fucked with my music or thought I was talented.”

In the hope of having more success and becoming like her pop idols, Kim decided to move to LA when she was 19. Arriving in the US to a country where no-one knew her back story, she began writing for other artists before eventually being offered her own publishing deal. But when she started to approach labels, the same obsession over her transition reoccurred. “In the beginning, it was so hard,” she recalls. “Everyone had so much shit to say and I just wanted to be known for my music, and for what I’ve worked on for all of my life, and for what I’m really proud of.”

Despite being shut down by major labels - “People were like, ‘you can’t be a pop star, you have to be a songwriter’, or some religious label would be like ‘I’m going to hell if I work with you, so no’” - Kim persevered, deciding to independently release her debut track, the sugar-baby anthem ‘I Don’t Want It At All’. Shooting to the top of the Spotify Viral chart, it quickly and successfully silenced all of her doubters. “It went number one, the first song that I ever dropped, without me even mentioning that I’m transgender. So, now I don’t give a fuck!” she smiles. “Now, I’m talking about it as much as I want to because I think I’ve proved that my songs are good.” 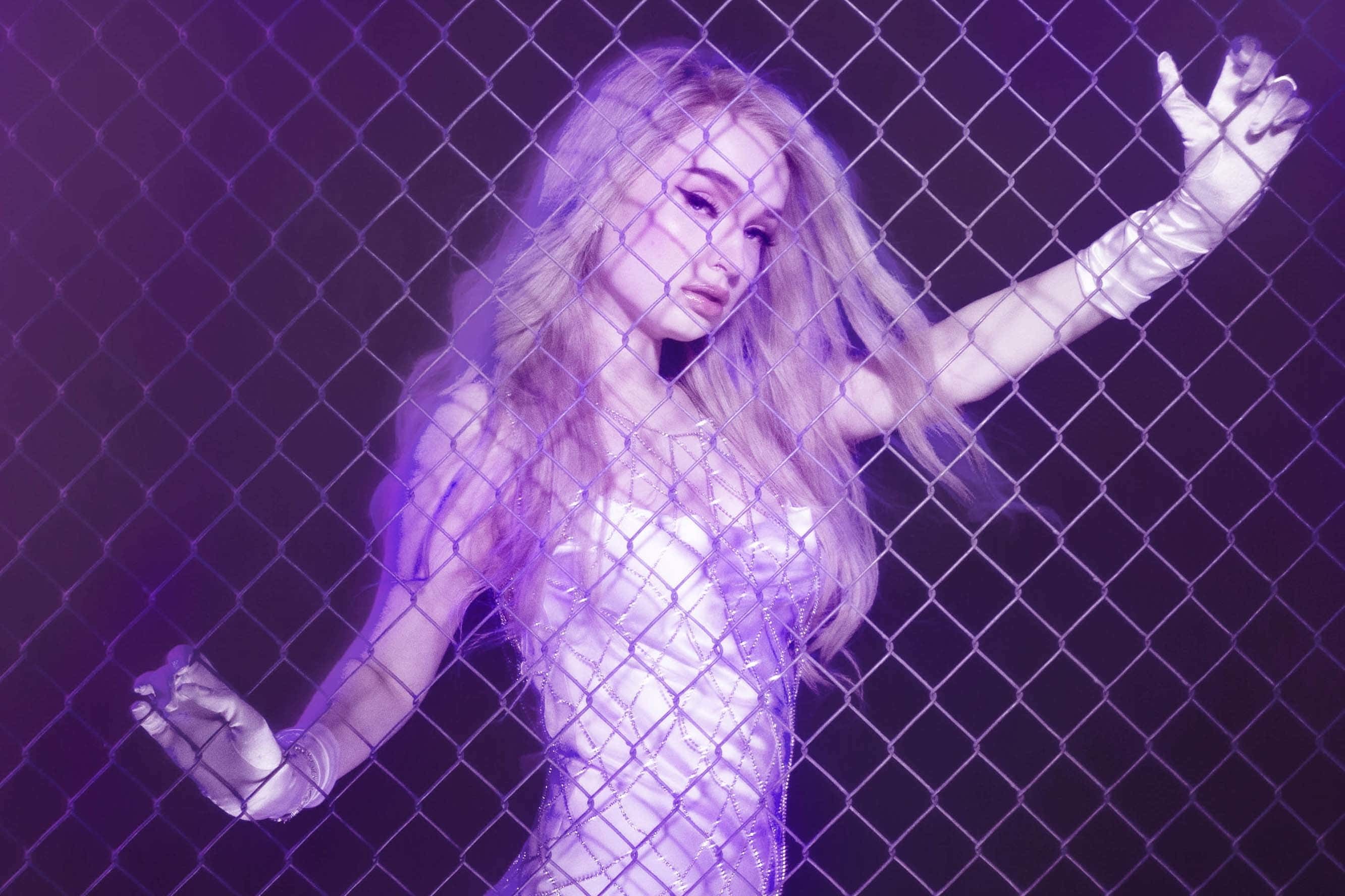 “Everyone had so much shit to say and I just wanted to be known for my music.” 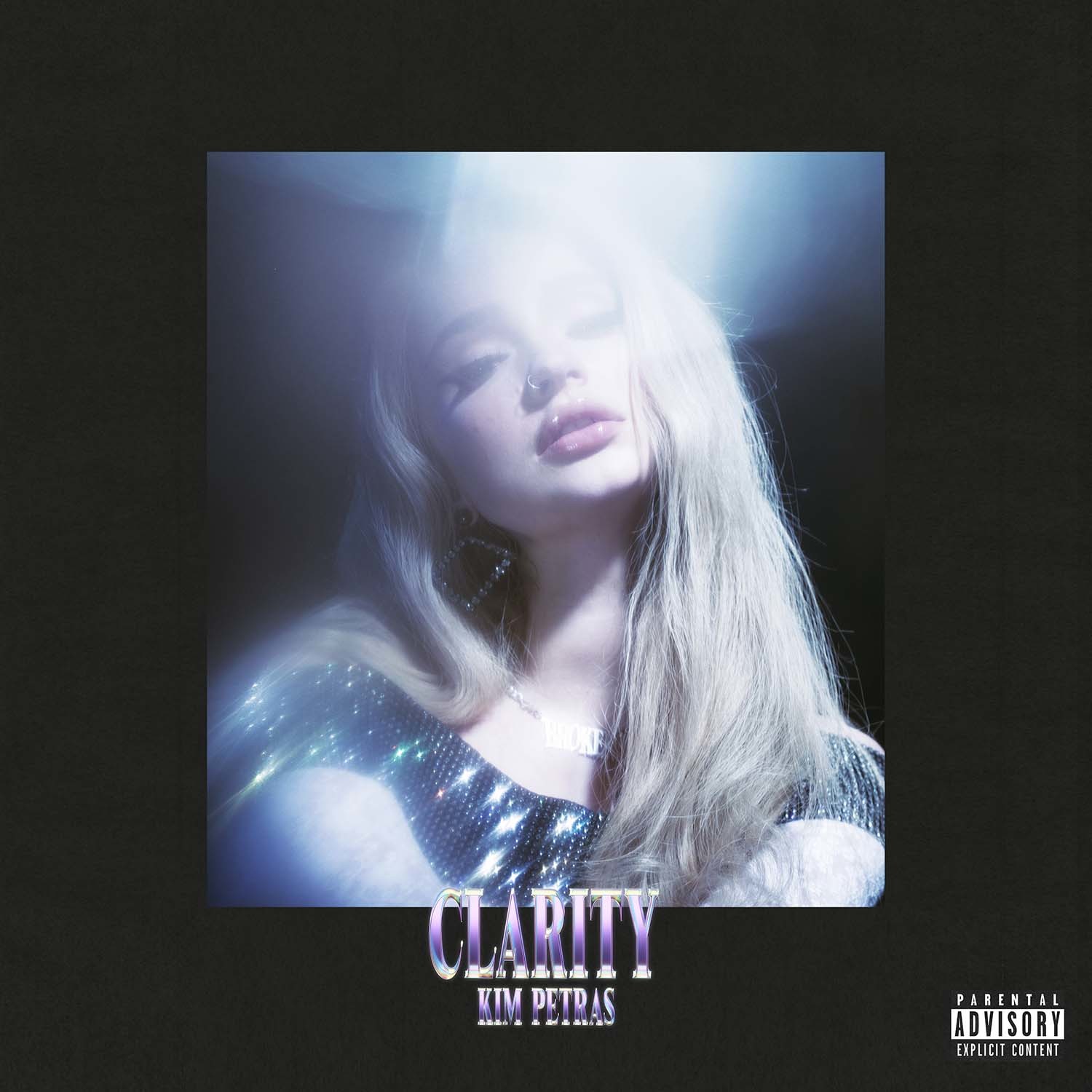 In the two years that have followed her debut release, Kim has played “every gay club in the US”, becoming a role model in the LGBTQ+ community and fully establishing herself at the forefront of the women currently dominating pop music. With her unapologetically bubblegum style, the singer stands separate from the wash of what she describes as “cool” girl pop. From her “era one” songs like the saccharine synth-pop of ‘Faded’ and breakup anthem ‘Heart To Break’, to her uber-campy, Halloween-inspired EP ‘Turn Off The Light, Volume 1’ (featuring a cameo from the Mistress of the Dark herself, Elvira), Kim has consistently pushed boundaries in her music, garnering comparisons to Robyn and Charli XCX - the latter of whom asked the singer to appear on her 2017 ‘Pop 2’ mixtape.

Then, at the end of 2018, Aussie pop heartthrob Troye Sivan invited Kim to support him on his ‘Bloom’ tour, but just as she was about to head out with him she had her heart broken. “I was broken up with and found out I had been cheated on right before I went on tour with Troye and it was really hard,” she explains. “I’d be on stage every night singing these super confident over-the-top pop songs, because my first era was very much like a superhero version of myself. [But] it’s not actually me, I’m not that confident, I don’t feel like I’m that bitch every single day. I came off stage really sad and I wanted to talk about how I felt, and I wanted my fans to know that I’m not always super confident.”

So the singer began working on the tracks that would eventually form recently-released debut album, ‘Clarity’. Throughout the 12-track record, her sassy and biting pop style is used to convey Kim’s post-breakup emotional journey; “If you had a night out with me and we ditched the party early and had too much wine and talked about boys, that’s what ‘Clarity’ feels like to me,” she laughs.

And the record really does read like a rosé-fuelled monologue from Kim’s deepest thoughts. There’s the R&B-flecked, over-emotional ‘All I Do Is Cry’, with lyrics ripe for a drunk text to a recent ex, but then she’s heading straight to booty-call bop ‘Got My Number’: an unashamed anthem for messaging that hook-up in your phone book and getting it on. There’s the Soft Cell-esque ‘Personal Hell’ - about being sad but horny - and the uplifting, ‘it gets better’ album closer ‘Shinin’’, with its journey “from nada to Prada”. If you’ve ever had someone fuck you over and talked it out over several bottles with your pal, the likelihood is you’ve experienced every single one of the emotions on ‘Clarity’. Feel free to take the opening title track lyric “I’m the bitch with the sauce” as your future self-love motto from now on.

“It was going to be a full-on, front-to-back, sad emo record and it turned out to be something new and exciting,” Kim says. “I felt really lost in the beginning of this, and in the middle of the project I found myself back on my feet and changed my mindset. I found a new version of myself and I’m really proud of myself.” 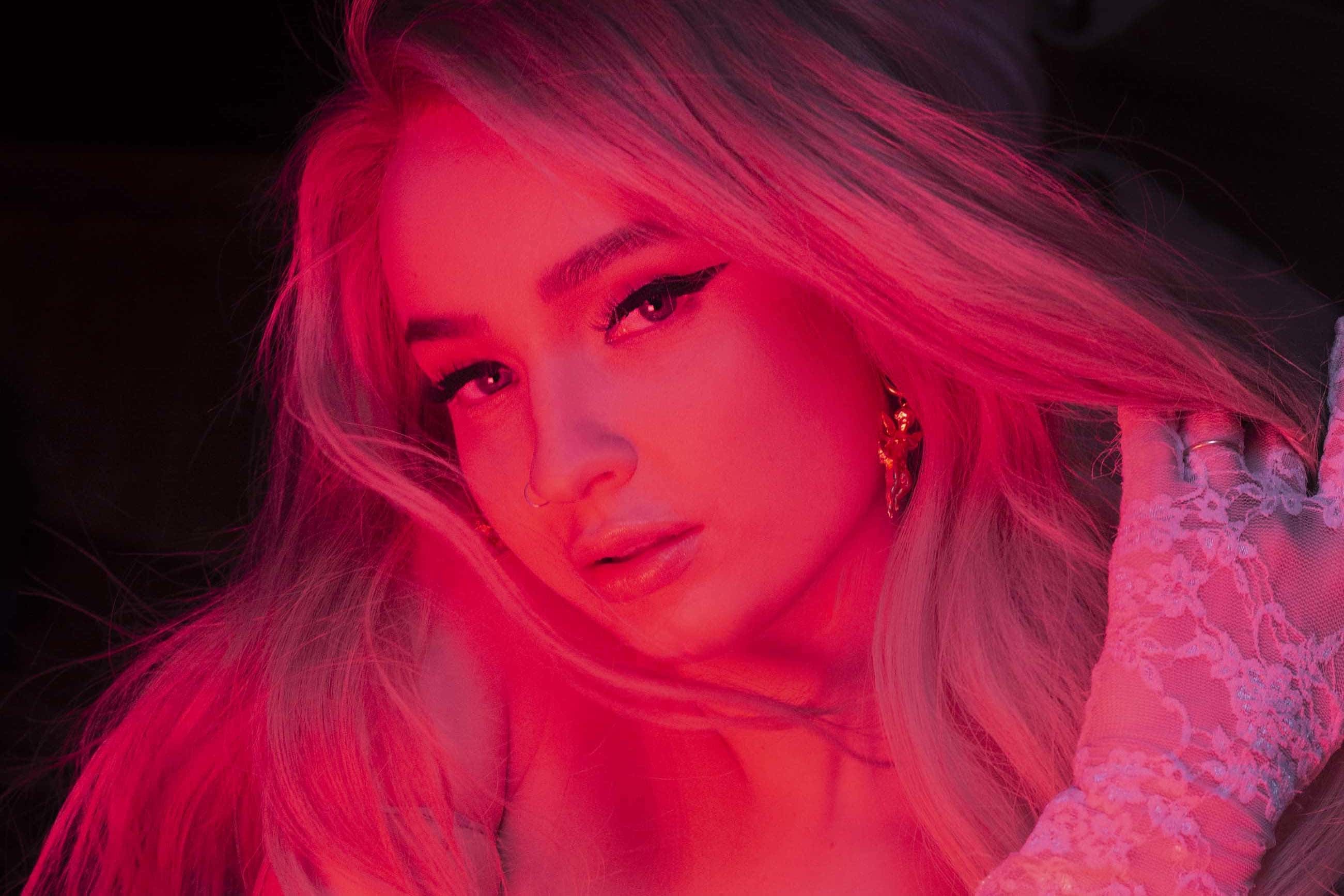 “My first era was very much like a superhero version of myself.”

It’s a bright and bombastic debut record, one that has rightfully seen Kim hailed as one of pop’s shiniest new stars, but the singer’s seemingly crystal clear road to pop super stardom has a murkier tinge than at first glance. Throughout her entire career, there’s been a dark Dr. Luke-shaped cloud hanging over proceedings due to her continued partnership with the producer despite accusations of sexual misconduct made by Kesha in 2014. When asked about her continued work with Dr. Luke on ‘Clarity’, Kim refuses to answer “out of respect for everybody involved in this lawsuit” (Dr. Luke is currently suing Kesha for defamation). Instead, she directs us back to a statement she made via Twitter last year. “While I’ve been open about my positive experience with Dr. Luke, that does not negate or dismiss the experience of others or suggest that multiple perspectives cannot exist at once,” she tweeted in June. “I want to say that I’m sorry to anyone that I upset. This has been a big learning experience for me. I do want to express my sympathy for any and all abuse victims.”

Her partnership with the disgraced producer has ostensibly cast a shadow over her own undeniable talent, something she’s been trying to establish since the very beginning of her career. But Kim is adamant about continuing to persevere and be seen in light of her own merits. With a critically-acclaimed debut under her belt, she’s already working on the follow up to ‘Turn Off The Light, Volume 1’, with ‘Volume 2’ dropping this October. “I think this one is definitely a lot harder [than Volume 1],” she says of the forthcoming EP, “but it’s still very much a continuation of the same thing. I really love it, and I love writing from somewhere where there’s no limits.”

She’ll also be hopping over the pond to perform at Reading and Leeds Festival this month. Although not wanting to give too much away of what she has planned - with the exception that she’ll definitely be sporting a “lewk” - her debut UK festival performance is certain to see her piss off some R&L rock purists with her take-no-shit bubblegum pop bangers. And as for the rest of the year? “I have some things up my sleeve,” she says coyly. “My goal is to always keep pushing and always keep learning and growing. As long as I keep doing that I’ll be fine. I’m really antsy to just keep pushing it and see how far I can take it.” Whichever direction she lands in, chances are it won’t be dull.

'Clarity' is out now via Bunhead. 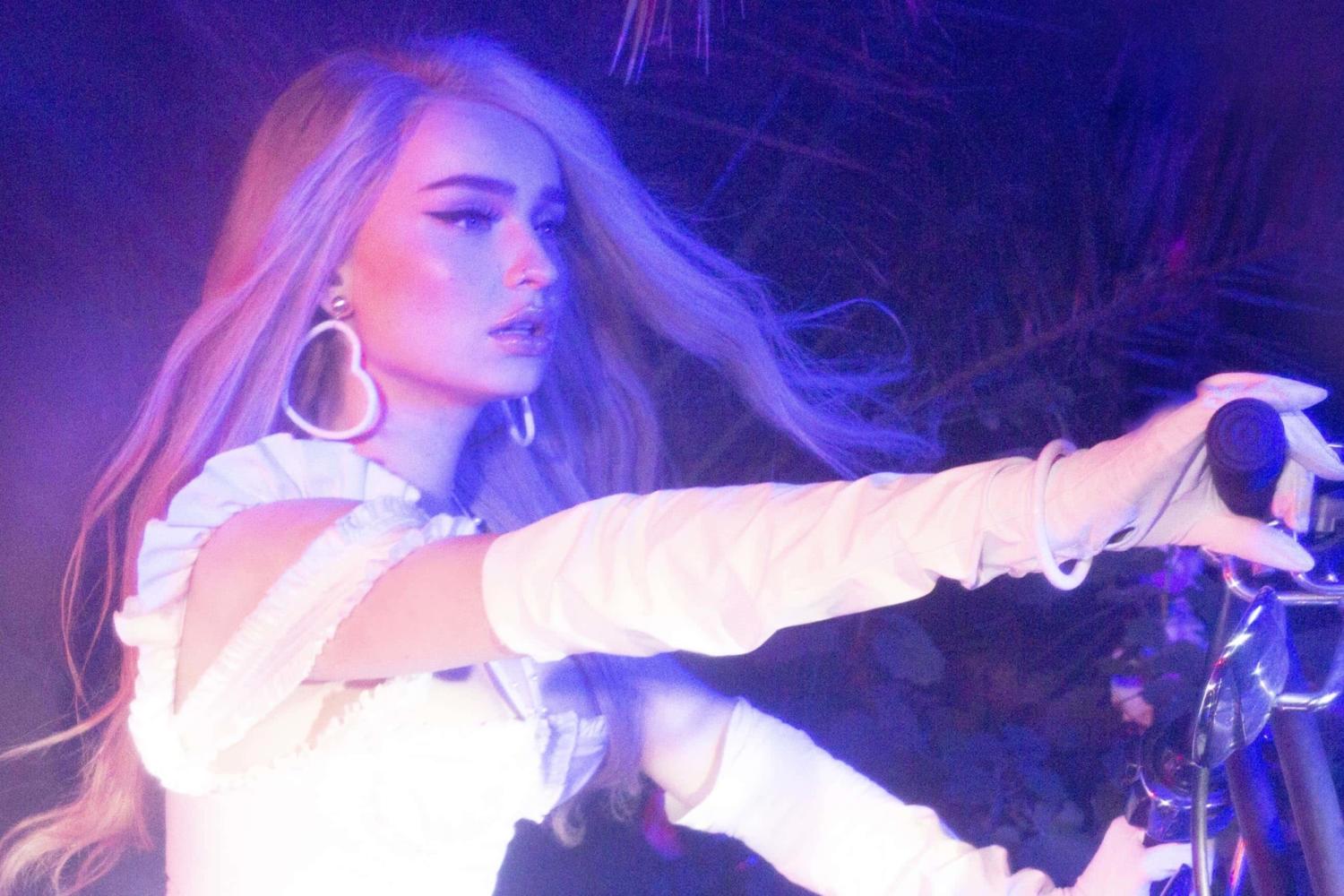 The Clarity Tour is coming across the pond in early 2020! 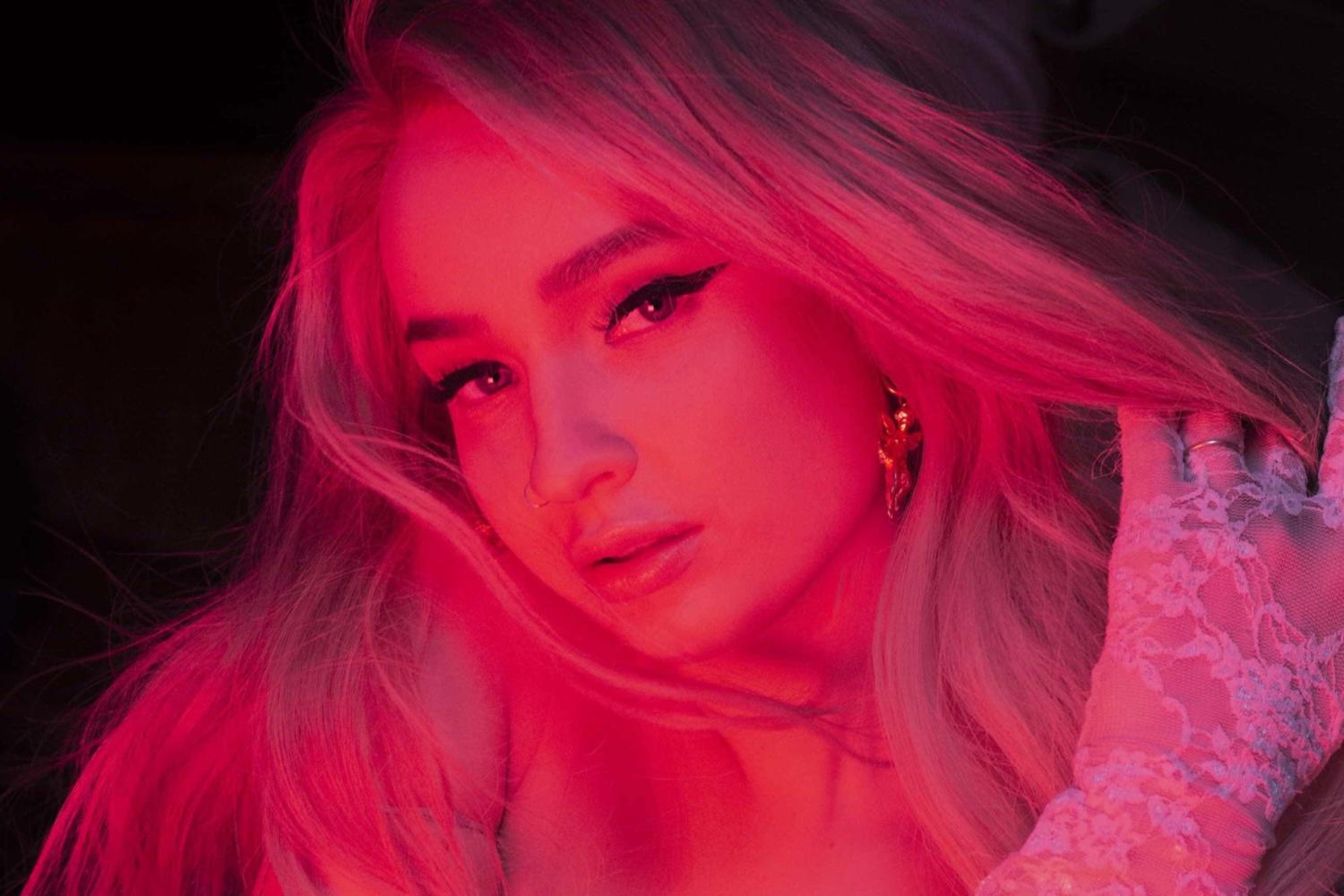 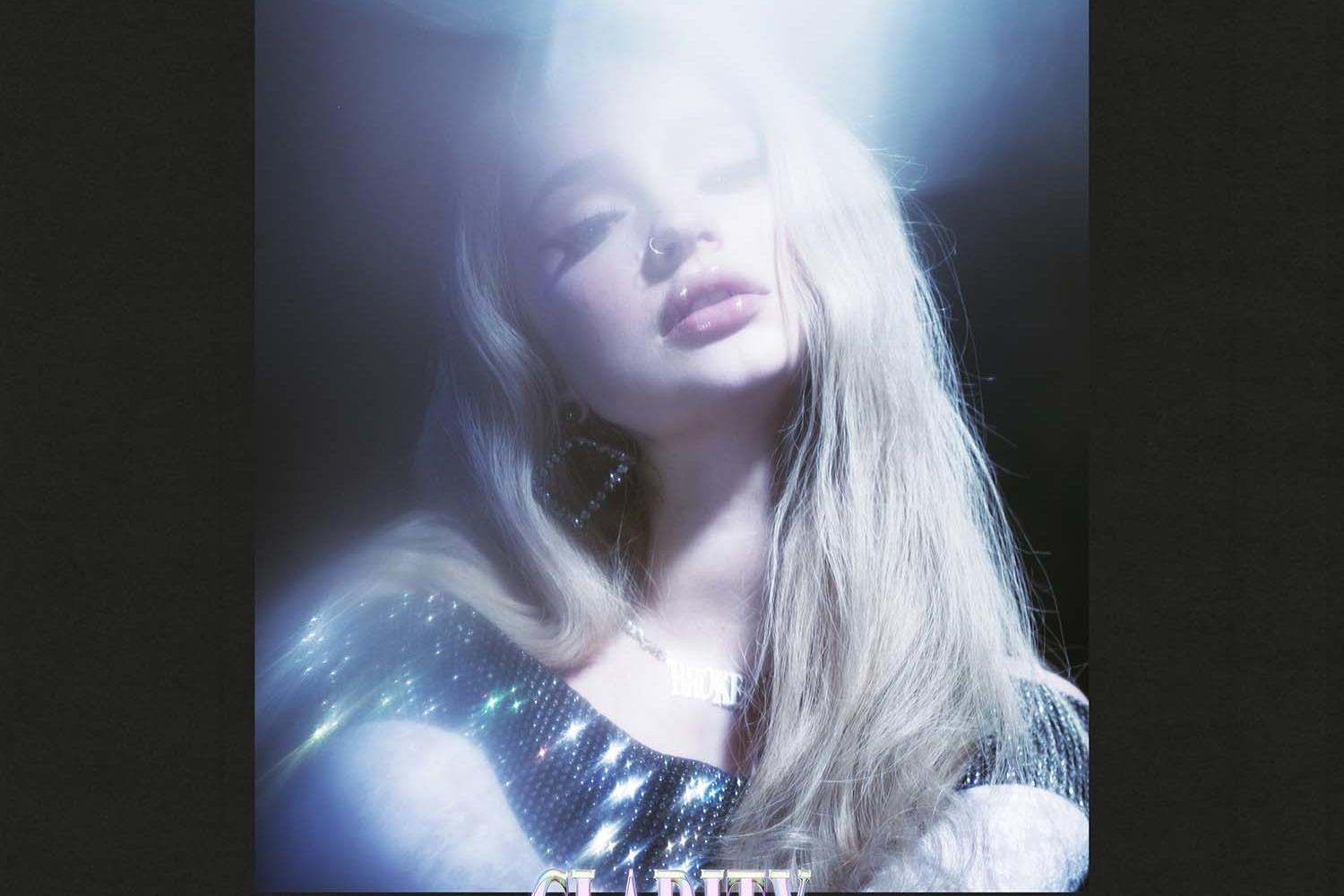