Both out of boredom and a slight hint of jealousy, Superfood was a project that started as a reaction. Since then, it’s caused a chain of events, one after the other cementing this four-piece as one of the most exciting bands in the country. They’ve kicked in their insomnia, toured with fellow soon-to-be-giants, released ear-splitting singles that are both referential and incapable of looking backwards.

Now attention turns to a run of sweaty summer shows in the tiniest of confines. ‘The Satellite Shows’ consists of DIY Presents gigs, where frontman Dom Ganderton and co. revisit the haunts where they first made their name. Taking place at The Heavenly Social and The Old Blue Last, the UK’s capital awaits complete carnage.

Superfood have their fair share of experience in overseeing chaos. At a recent free gig, the roof collapsed barely 20 seconds into their first song. “The venue manager came running upstairs with his arms crossed, doing an “X” motion,” remembers Dom. “Apparently it happened 20 seconds in to our set. We were being flagged down but we still managed to finish our first song,” says guitarist Ryan Malcolm. Swiftly after completing the razor-sharp ‘TV’, they were ushered outside. Members of Peace and Swim Deep could be seen praising their shaken-up Brummie mates. DZ Deathrays tweeted their jealousy at the incident - Superfood quite literally brought the house down.

These next shows won’t be civilised in comparison, but at the very least, more than one track should get an airing. “We’re going to take a property surveyor with us to make sure the building’s in good nick before we play,” jokes Dom.

Presuming the venues stay intact, these gigs will be a fitting follow-on from a recent run of shows with Wolf Alice and Gengahr. Each act was met with a sea of hands, all flailed in unison, regardless of who was playing. A pack of exciting bands on the road for a month might not seem like too much of a novelty, but this felt special. “It was amazing. We made a lot of good friendships,” remembers Dom. “Only now, after this Wolf Alice tour, have we actually played together as a unit. It’s good. I’m happy it’s happened now.”

Before this breakthrough, Superfood weren’t exactly clutching at straws and winging it every time they went on stage, but it took time for them to step it up a gear. They emerged sporting twisted, bratty rock ‘n roll mere months after their first gig, at which point Emily Baker (bass) and Carl Griffin (drums) were barely full-time members. “You told me you had a gig before I was even in the band,” Emily accuses Dom. “Before I even knew how to play bass!”

He’s not denying it. “We had a gig, hung a bass round Emily’s neck and it was like, ‘Come on mate’.”

Dom agrees that it’s been “amazing” for the band to have seemingly eased through the past two years, from debut gig to the hyped-up present day. “We’ve all been playing music for years before this, but as Superfood, it just kind of happened. It’s gone and spiralled.”

Without spending a spare second to take stock, now things are getting serious. Attention’s turning to a debut album, one that brings out the raucous side of early demos and somehow sums up the growing pains and adrenaline-fuelled excitement of these first two years. They hitched up to the Lancashire countryside for two weeks to express the weird ideas that have been swimming around in their heads for far too long. “These are the first songs we’ve written as a band, and just like any first album it’s about wanting to do something, to get out,” says Dom, practically bursting with energy himself just describing the record. “That’s how the band was formed - by being a bit restless,” agrees Ryan. These two spent a good chunk of time, before Superfood started, “just getting a bit upset that all our mates were doing the band thing.” They saw peers from years back suddenly taking off, ditching a city and making something of themselves. “It was great going to their shows, but when a band finishes, they’ve got all this adrenaline and you’re just standing there - it’s hard to feel that excitement. We definitely needed to just do something.”

The immediate response was a handful of demos, haphazardly put together. Carl’s drum parts were recorded in a separate house altogether, and most relied on scrappy hip-hop patterns purchased as a set. It’s a far cry from where they are today, but on this debut album, they still tried to recreate a sense of this that’ll-do attitude. “In hindsight now, especially with the next album, we’d like to do things in-house, do it with the demos like we did before,” admits Dom. “Nowadays everyone’s got a laptop. You can have access to anything. It’s unnecessary in a way, going to a big studio and doing it. You add loads of barriers in between. If you wanna set a mic up and record something straight away, it takes an extra hour for an engineer to do it properly. Whereas we plug it in and go for it. And there’s things on demos that you can’t recreate when you go into the studio.

“Just like any first album it’s about wanting to do something, to get out.”

“I mean it’s come out great, but it’s taken us a little longer after we’d recorded it to make it the way we wanted it to sound in the first place.”

It’s a debut that’s specifically being viewed as just that: A set of songs that bring together the madness, the bedlam of their early era. Every knackered tour bus, unriddable hangover and - you guessed it - broken ceiling of their halcyon days is encapsulated. And for good reason. Dom says the intention was to “put these songs into something so that when you release something in the future, you come back to it and it can clearly be seen as your first album.”

Recent single ‘Right On Satellite’ defines this attitude. It’s the sound of a band charging off into the distance, with barely a quick glance back at the past. What they’re leaving behind, essentially, is a period of time that they’re beaming with pride for. But then there’s the next step. Ganderton’s already enthused about album number two, this debut being just a drop in the ocean. If Superfood’s ascent continues this form, it won’t be long before they’re way up high, wrestling with the stars.

Superfood play free DIY Presents London gigs at The Social (22nd July) and The Old Blue Last (31st July). For everything Superfood, head to our DIY hub devoted to the band. We’re giving out very limited poster ‘zines at the free shows - turn up early to get a copy. 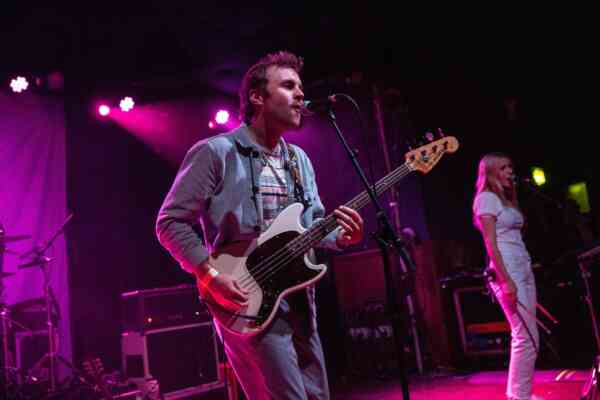 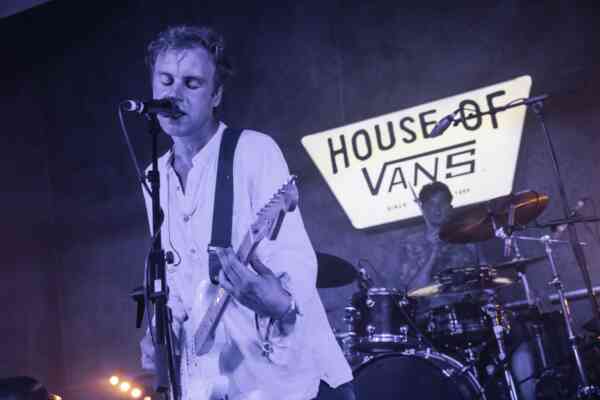 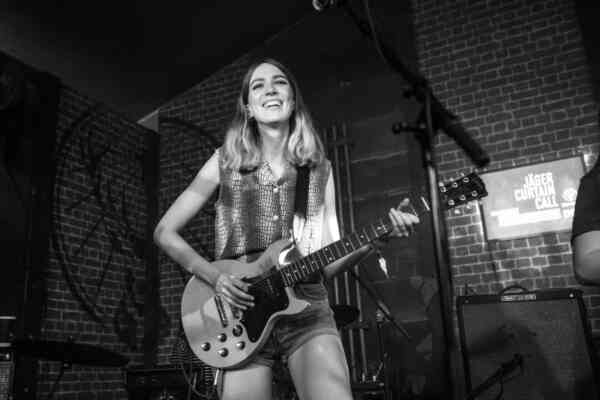 The Big Moon, Superfood, Yowl and more bring the noise for Jager Curtain Call at All Points East

Lady Bird, LIFE, Sports Team and Sweaty Palms also took to the Jagerhaus for our DIY-curated day at the festival. 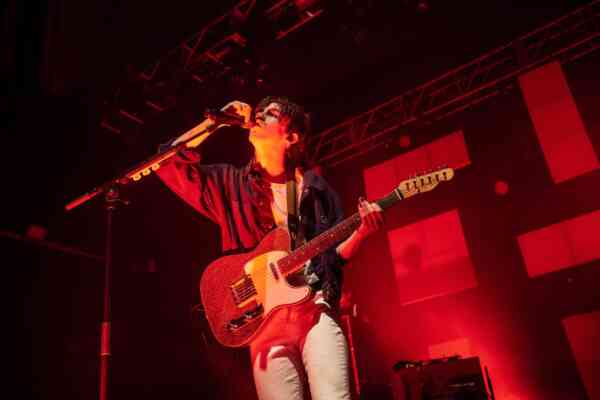 Declan McKenna is greeted like a superstar at The Forum

Superfood and Whenyoung are also on board for a glorious night of indie-pop in the capital.