Since starting out as an East London club night back in 2002, Lovebox has always had dance music at its core, however, this year’s instalment also bends a knee in tribute to hip hop and the masters of the ‘90s. The decade that bowed out disgracefully from the 20th century is now back in fashion, and although half of Lovebox’s demographic struggle to see the connection between a pencil and a cassette tape, the sound of the festival is either classic for some or nostalgic for others.

Blessed with the presence of Soul II Soul delivering crowd pleasers, Madlib coming at the crowd with a confident DJ set, and ASAP Rocky stealing the headline slot for Friday’s festivities, the line-up is pretty much extraordinary. Although visibly peeved that the crowd aren't hyped at the start of his set, ASAP gradually receives the reception that proves he has a loyal fan base in the UK. With single smashers, ‘Wild For The Night’, ‘Goldie’ and ‘Fuckin’ Problems’, he holds the crowd in the palm of his hands as he gets them chanting his name while scrambling over his discarded water bottle. 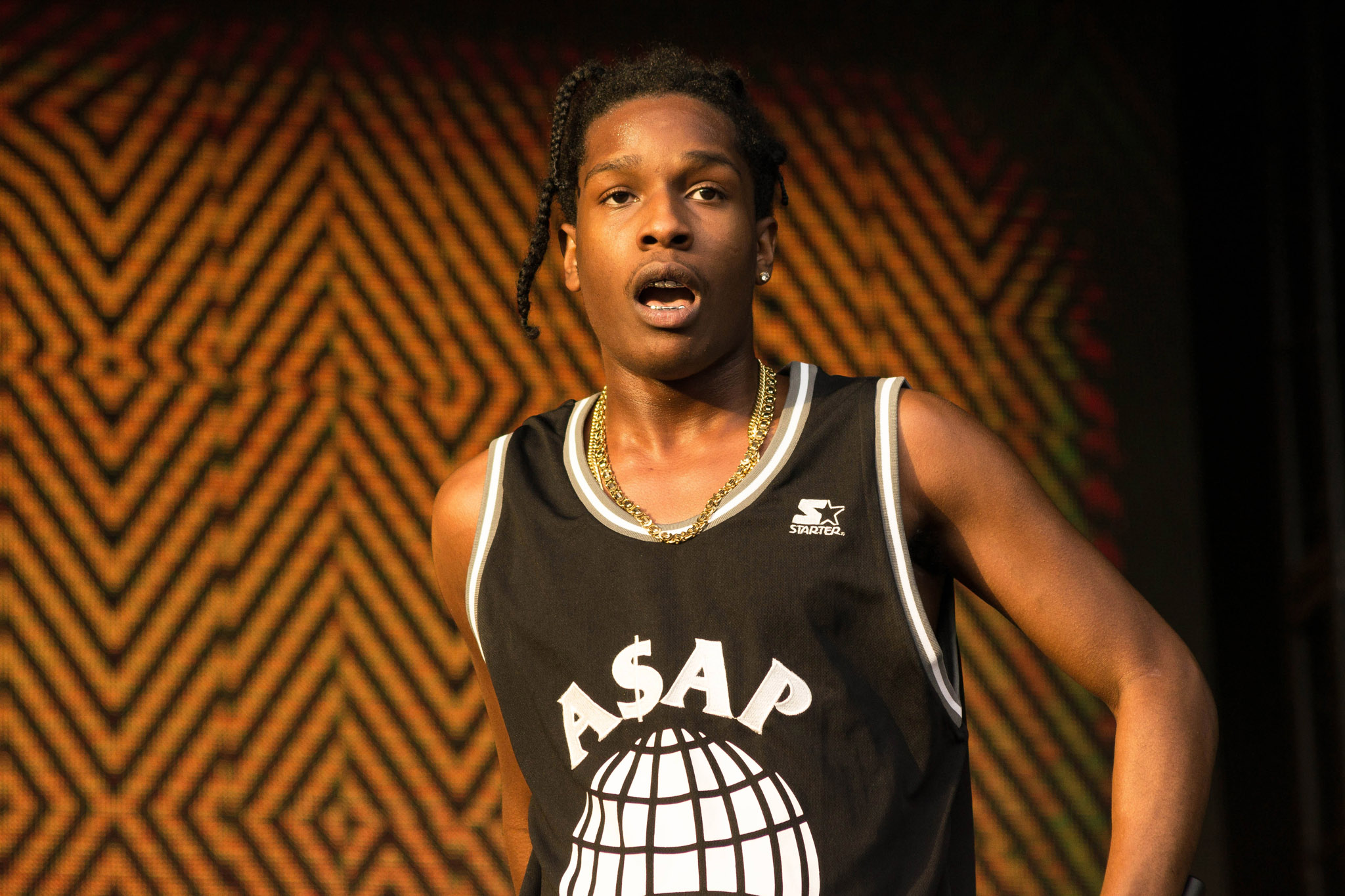 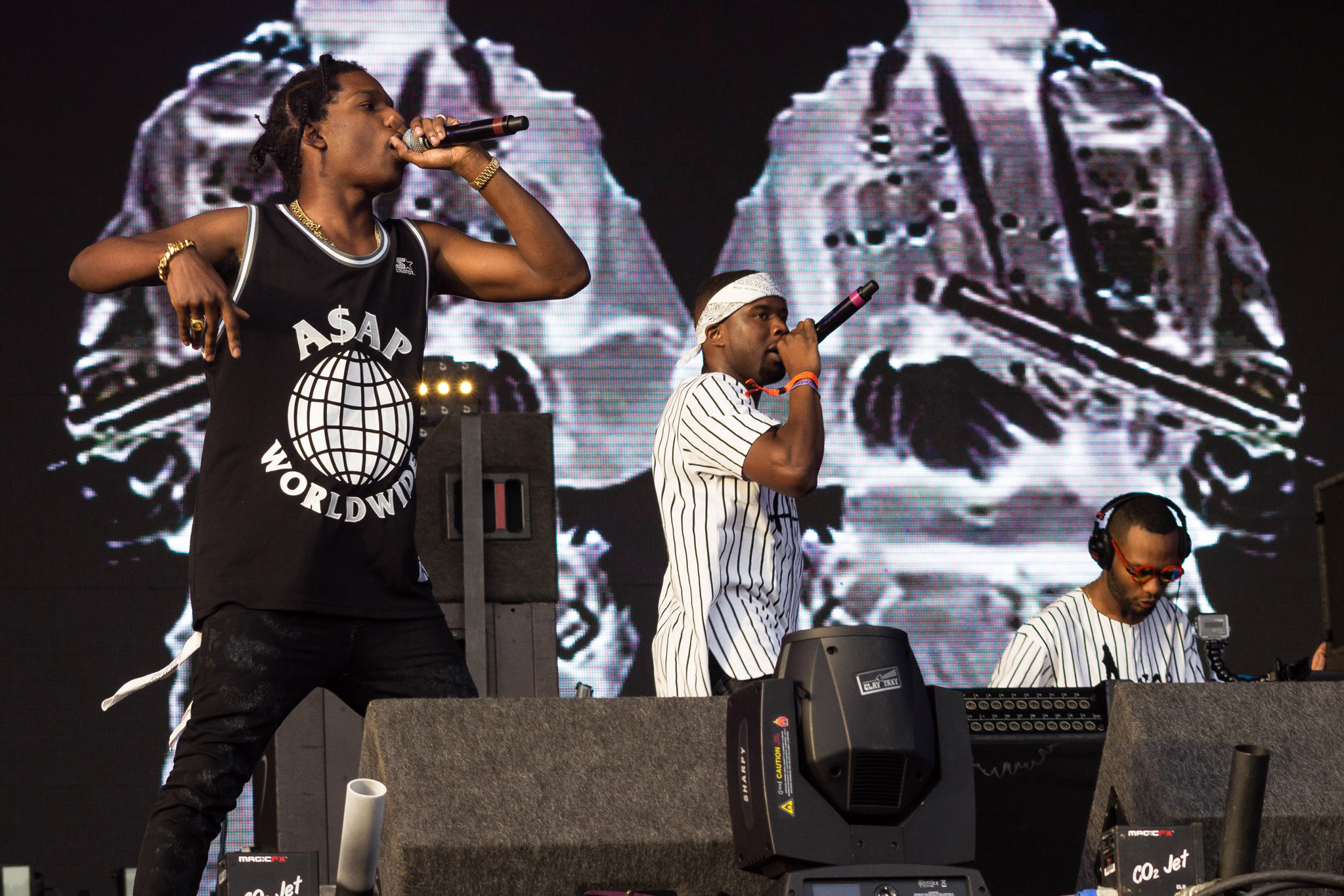 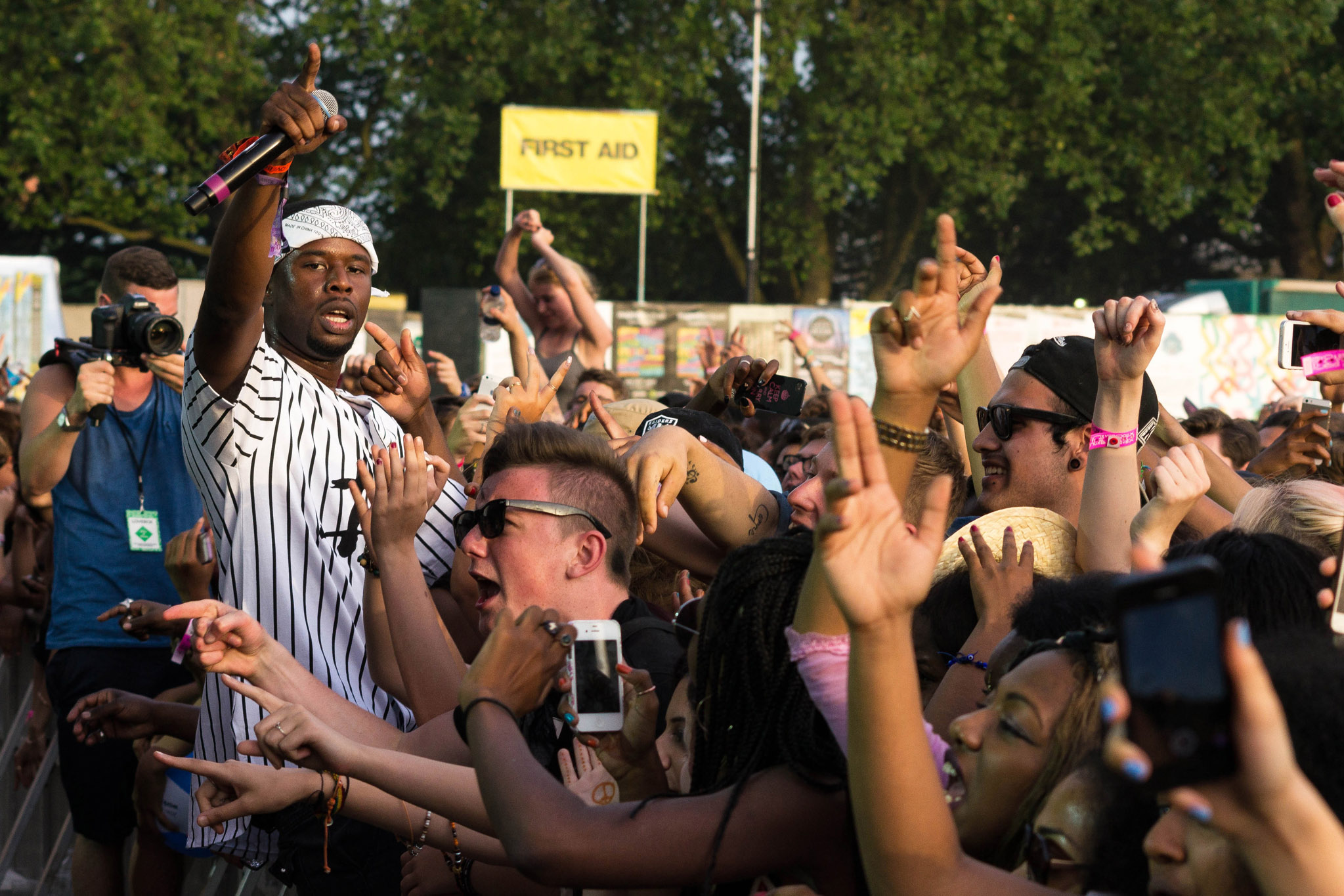 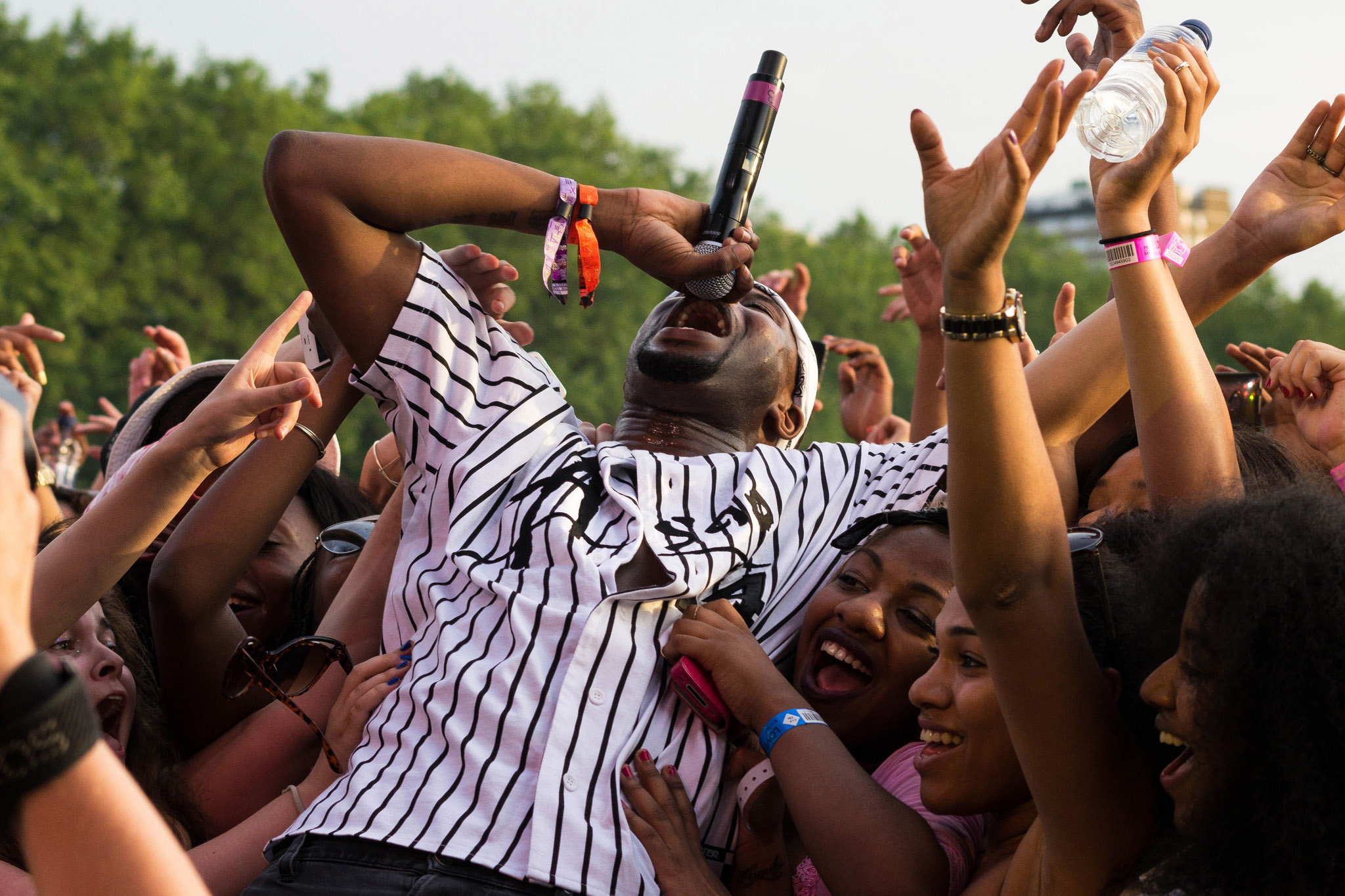 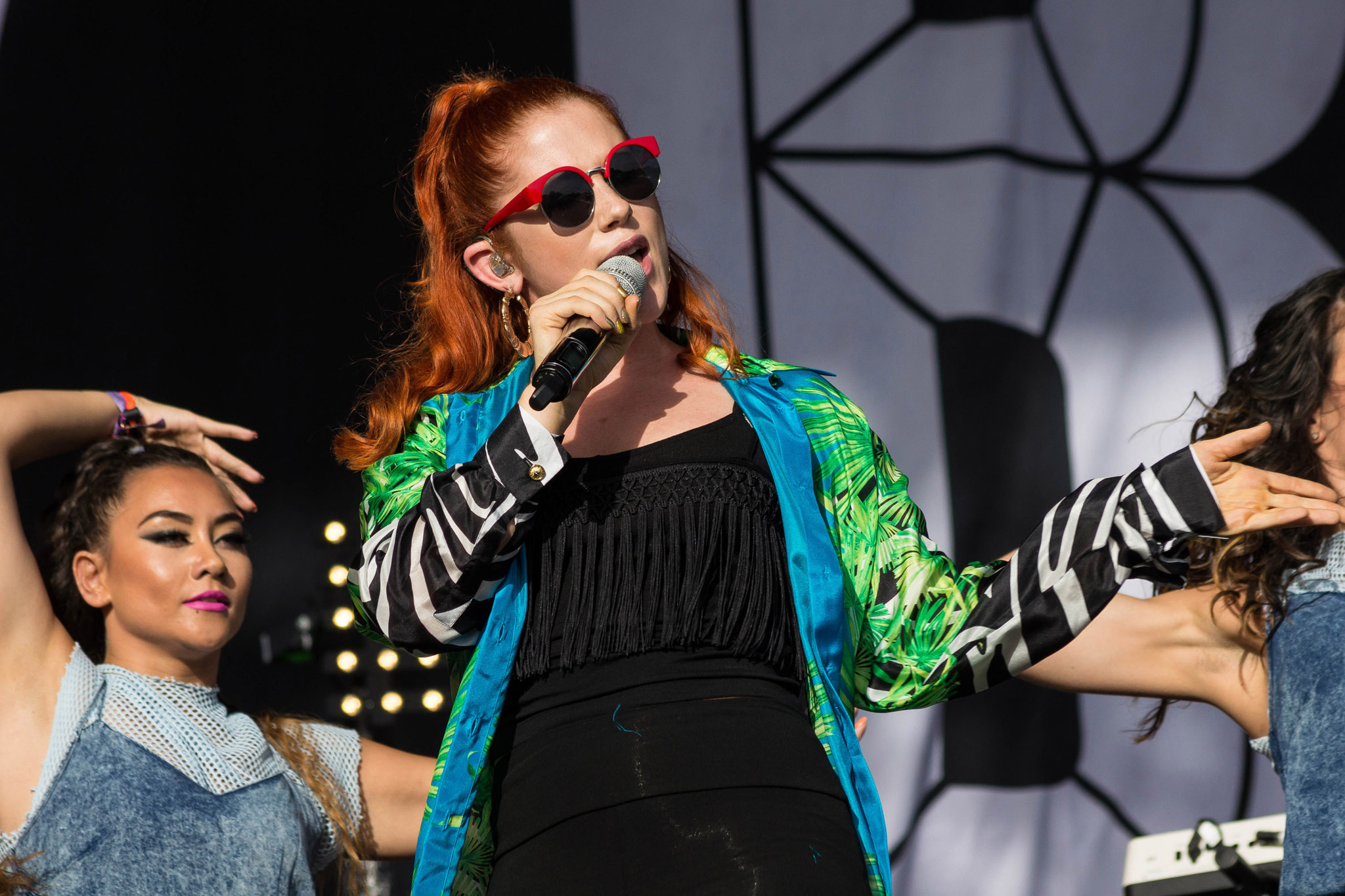 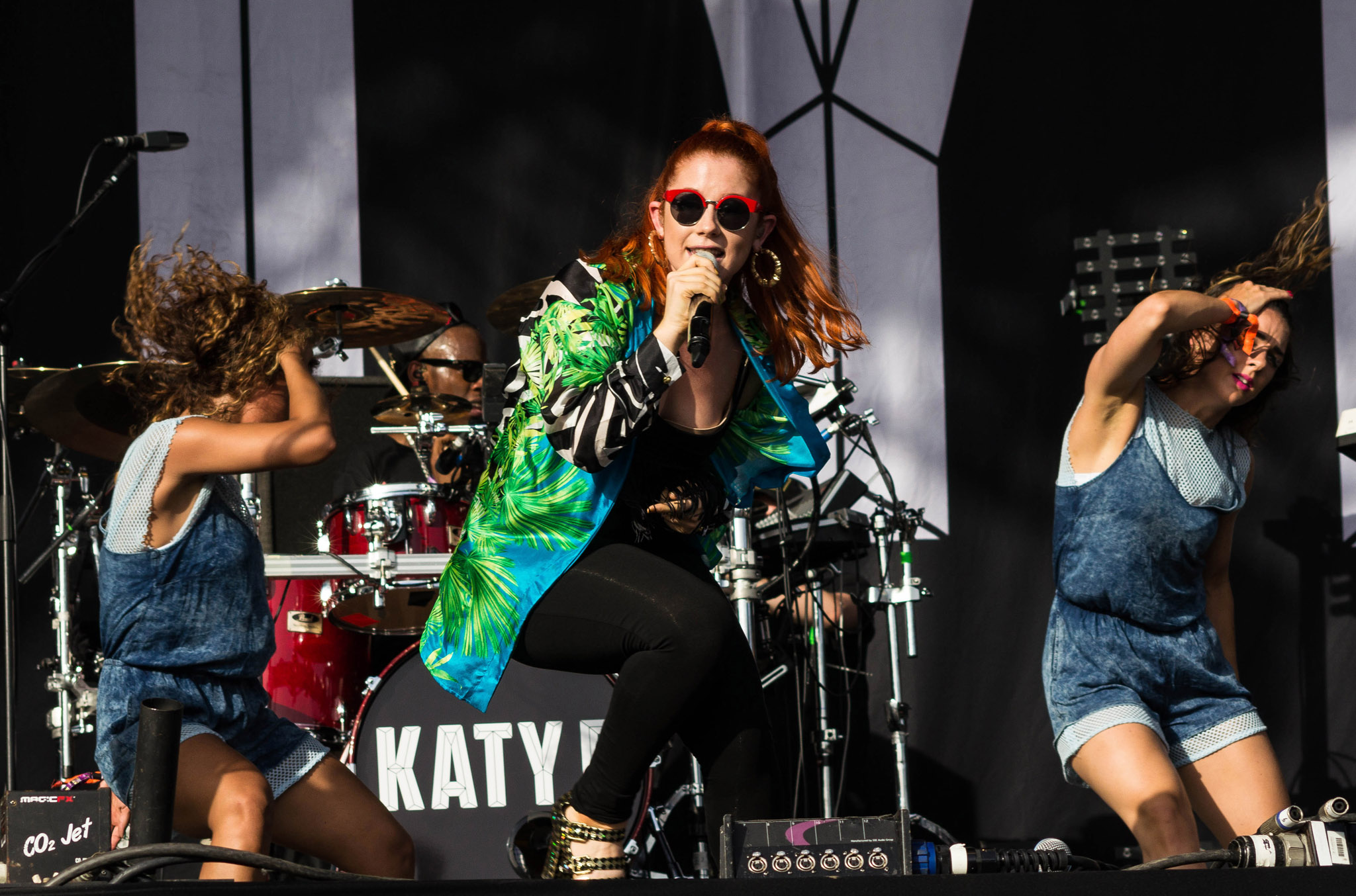 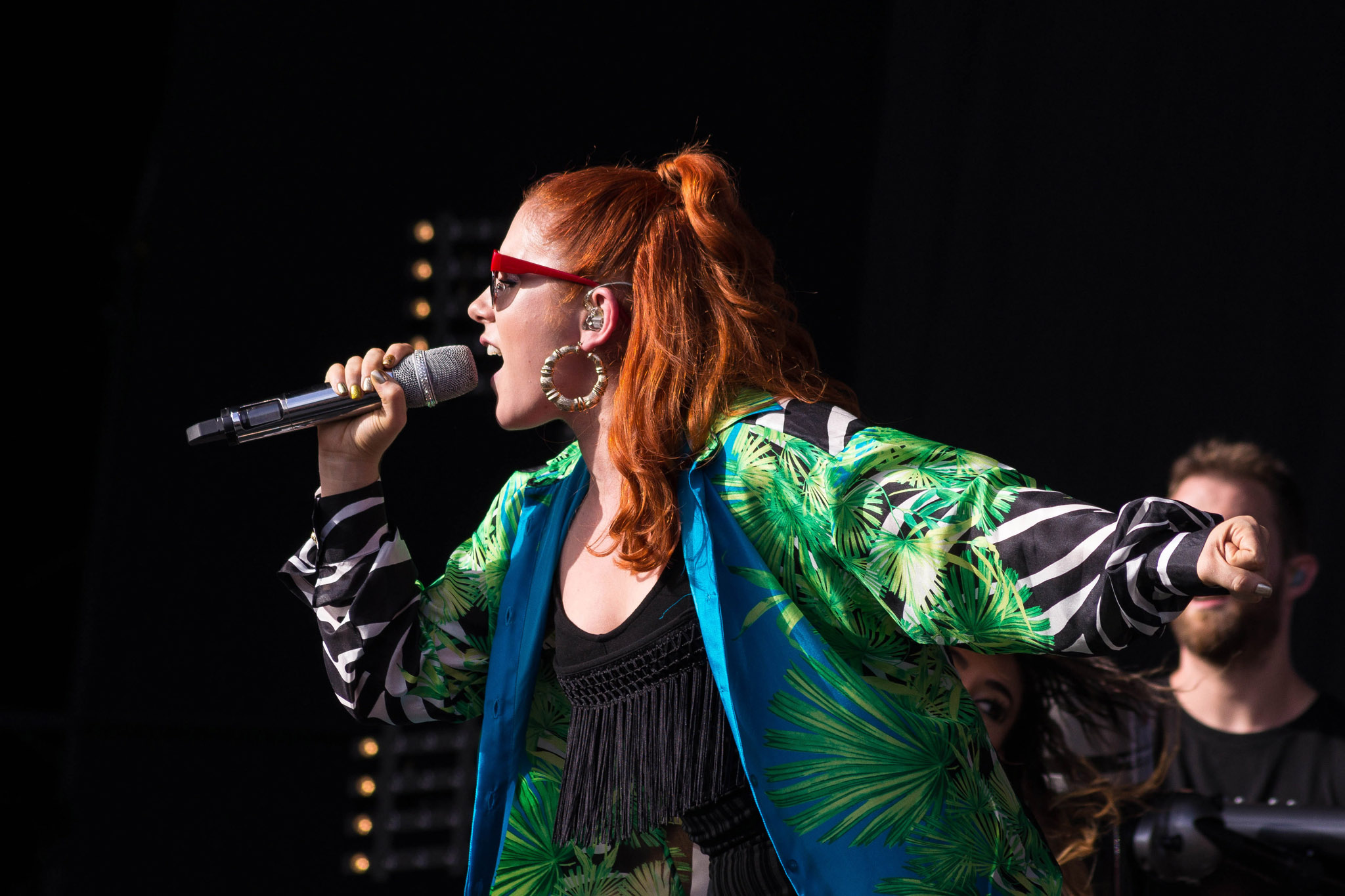 Katy B, as phenomenal as always, has never had a problem holding her own but this year she is joined by some curly-haired backing dancers, with Katy even shimmying some synchronised moves herself. The ‘Lights On’ singer performs favourites from the 'On A Mission' album, alongside a couple tracks from her latest release, ‘Little Red’. Katy is as enigmatic on stage as she is in person, and the crowd feeds off her energy, which filters through her club remix of Baby D’s, 'Let Me Be Your Fantasy'. 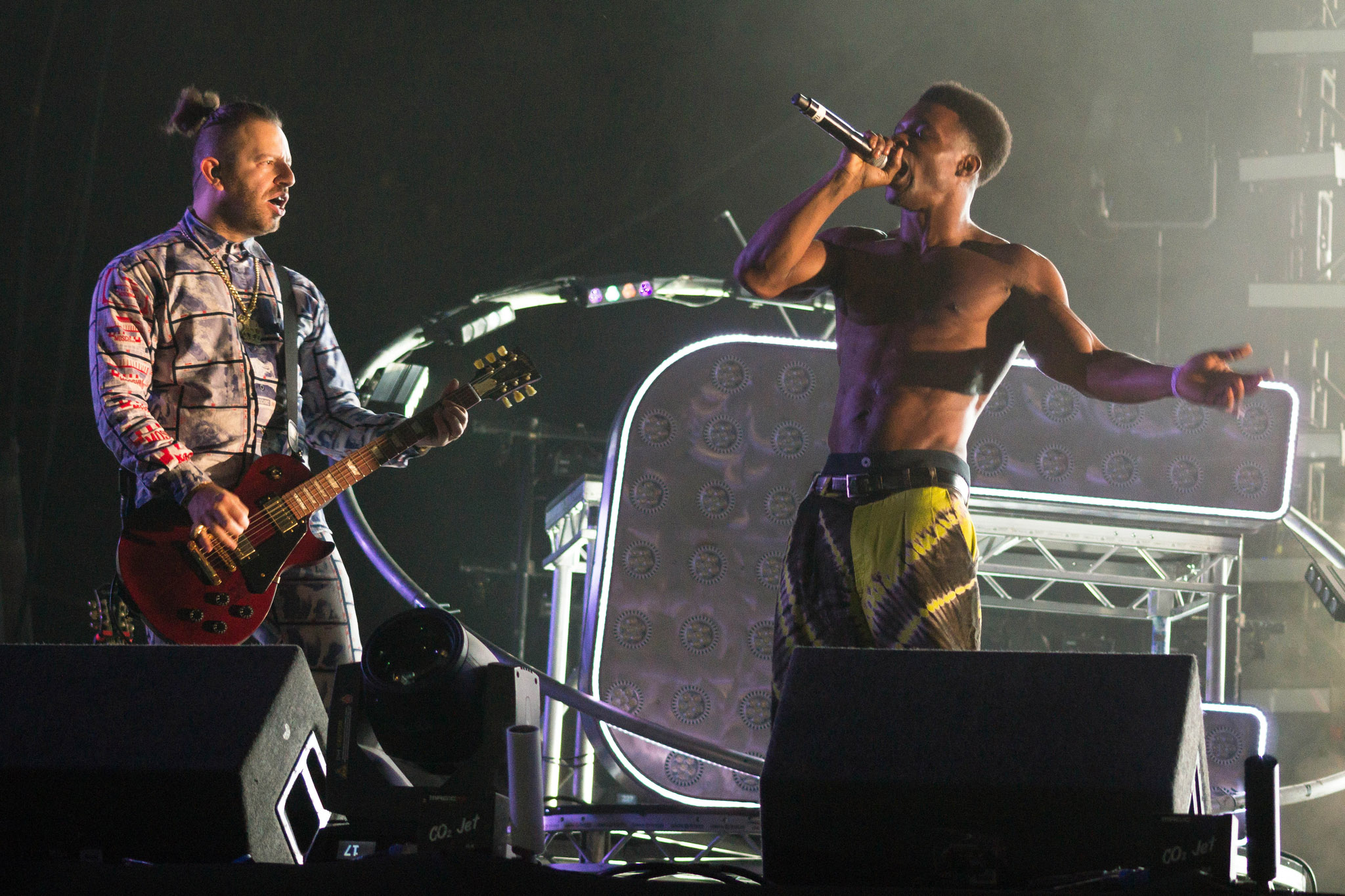 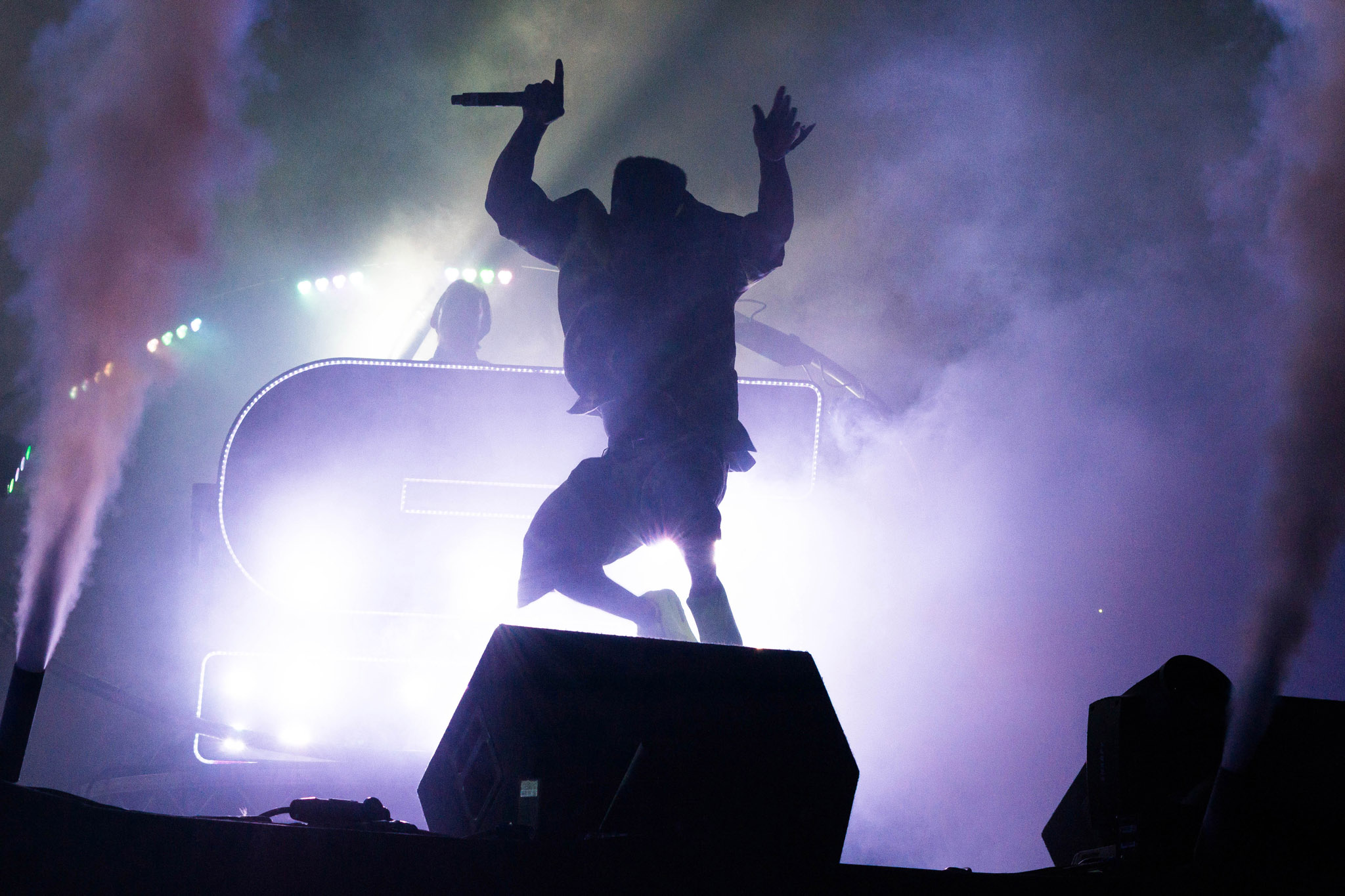 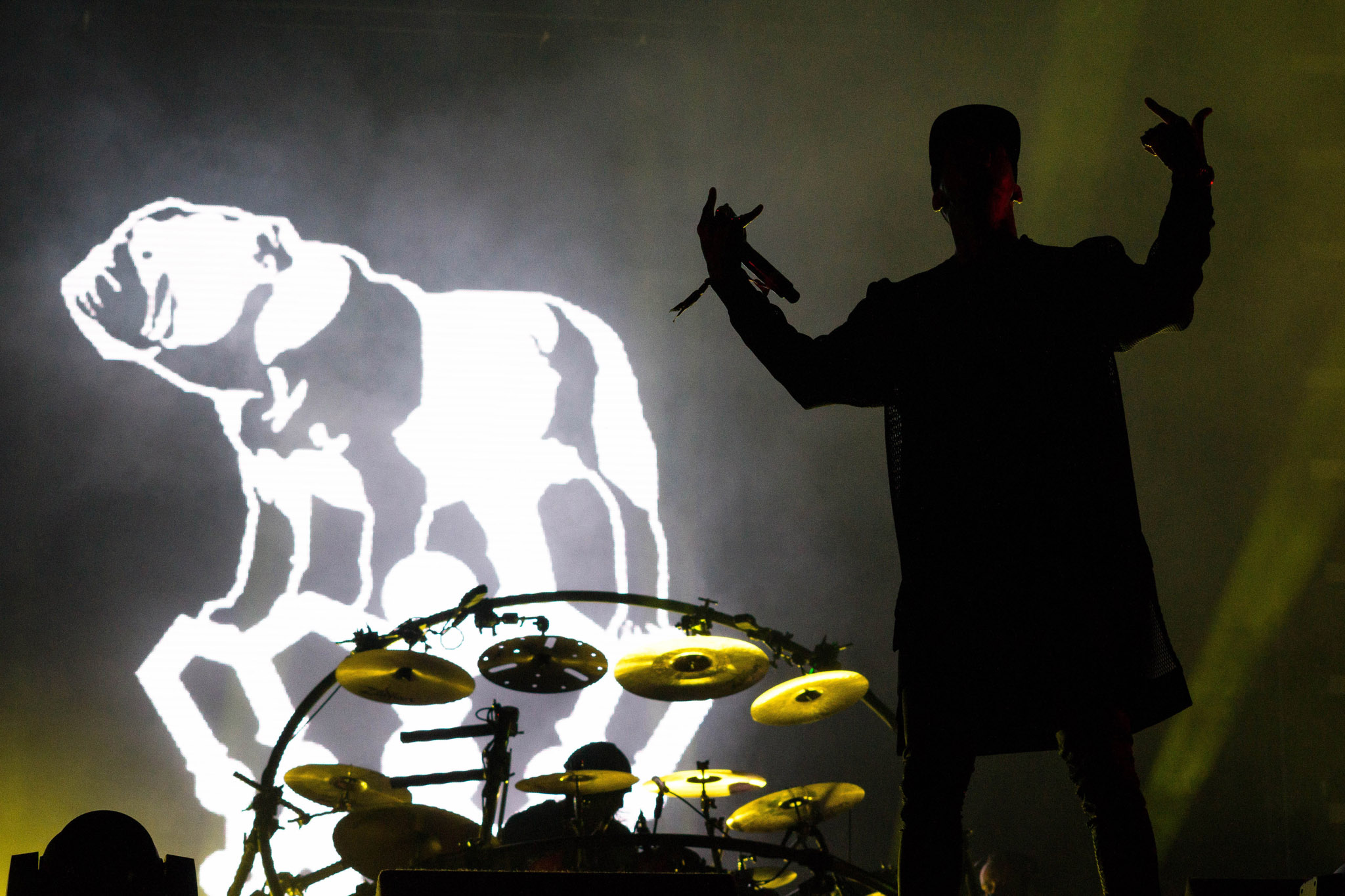 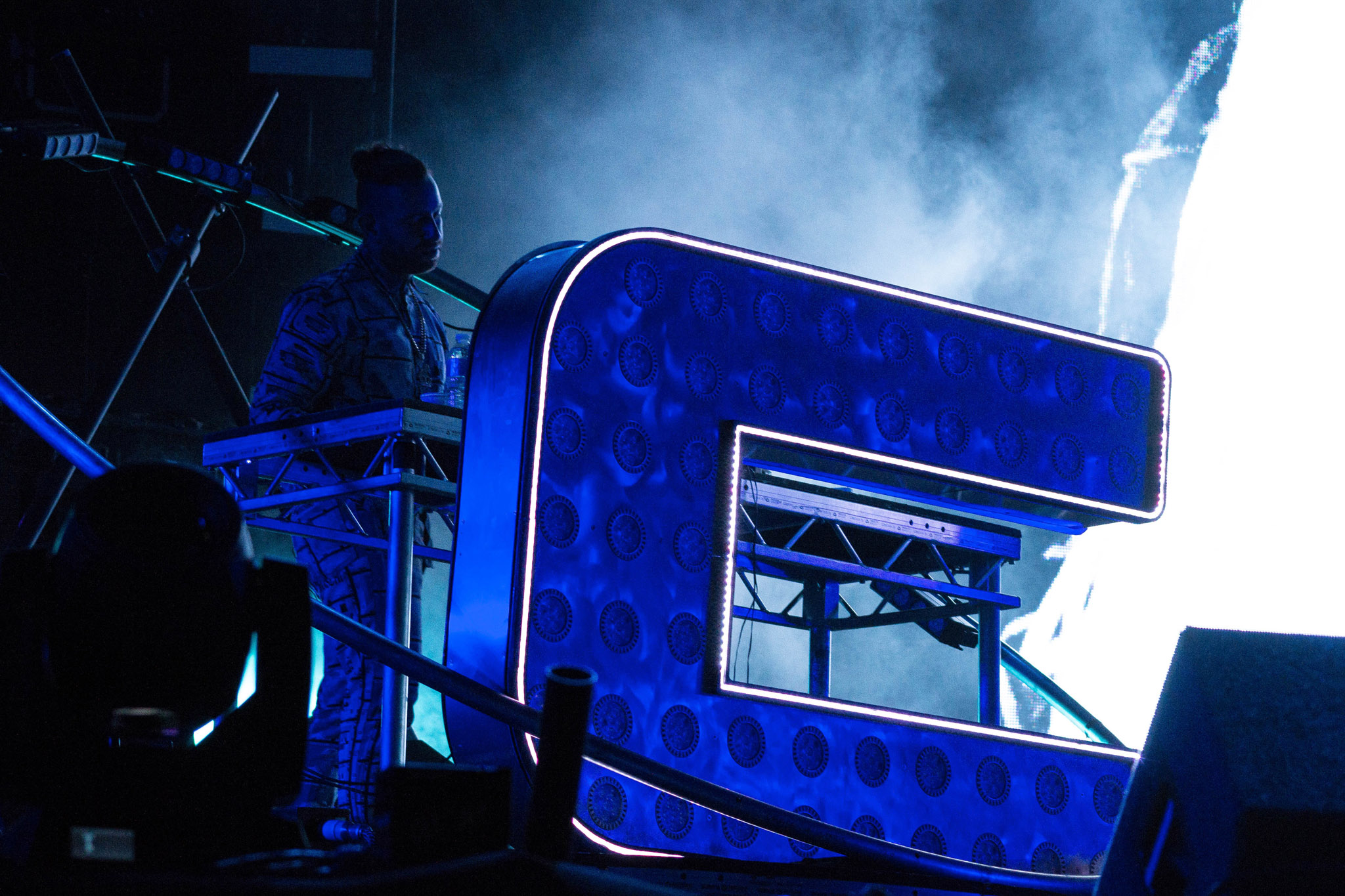 Although the sun begins lowering its head, the temperature holds steadfast which means some of the open stages begin to liven up.

Friday night has two electro heavyweights going head to head. Chase and Status pull in the bigger crowd at the Main Stage with their cross-genre, melodic upbeat rhythms, whilst Sub Focus completely stun a smaller but more participatory audience with avant-garde, note twisting, baseline dropping hooks. Just like back alley sex, Sub Focus play fast, hard and dark and leave the audience stumbling at the knees asking each other, “did that just really happen?” 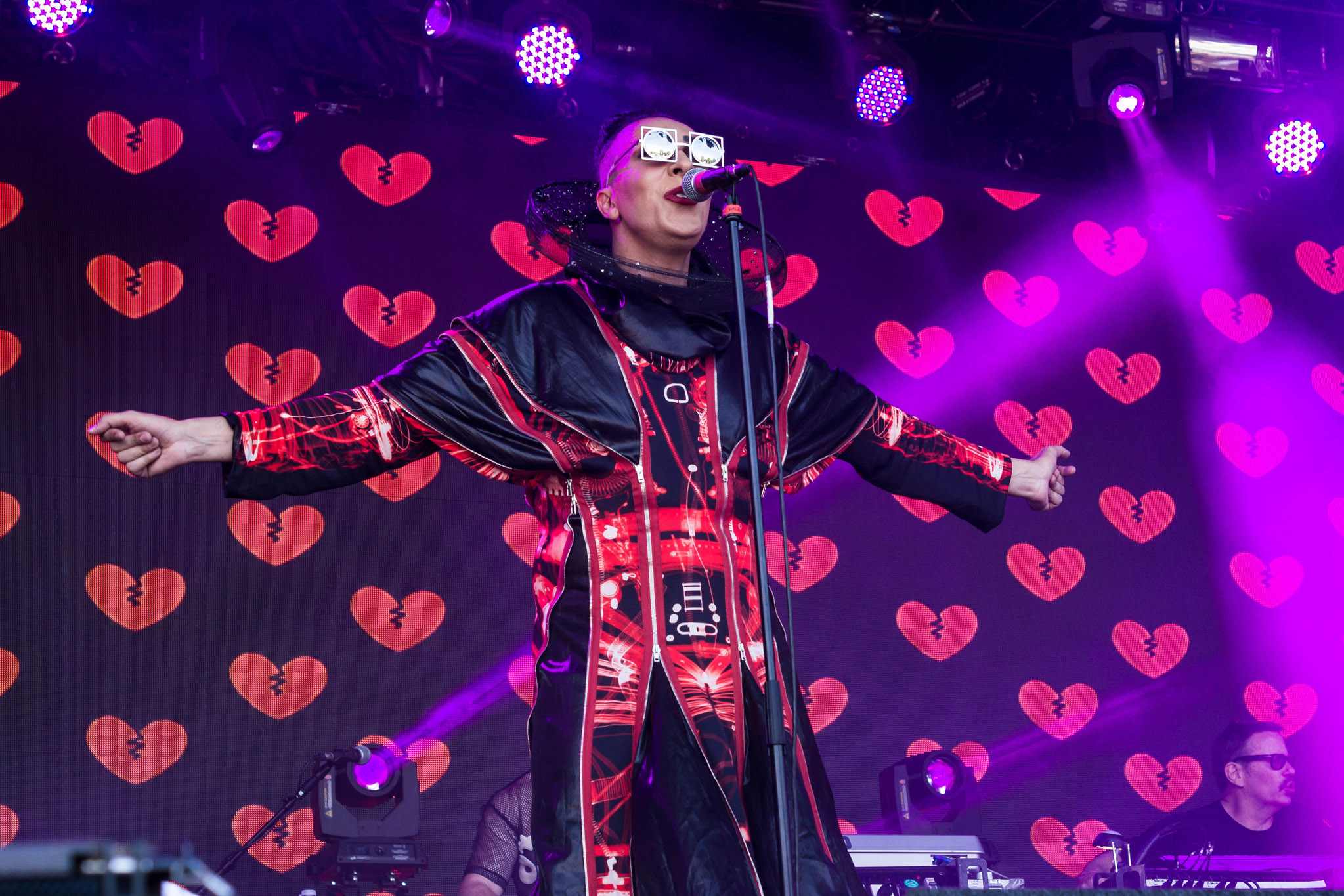 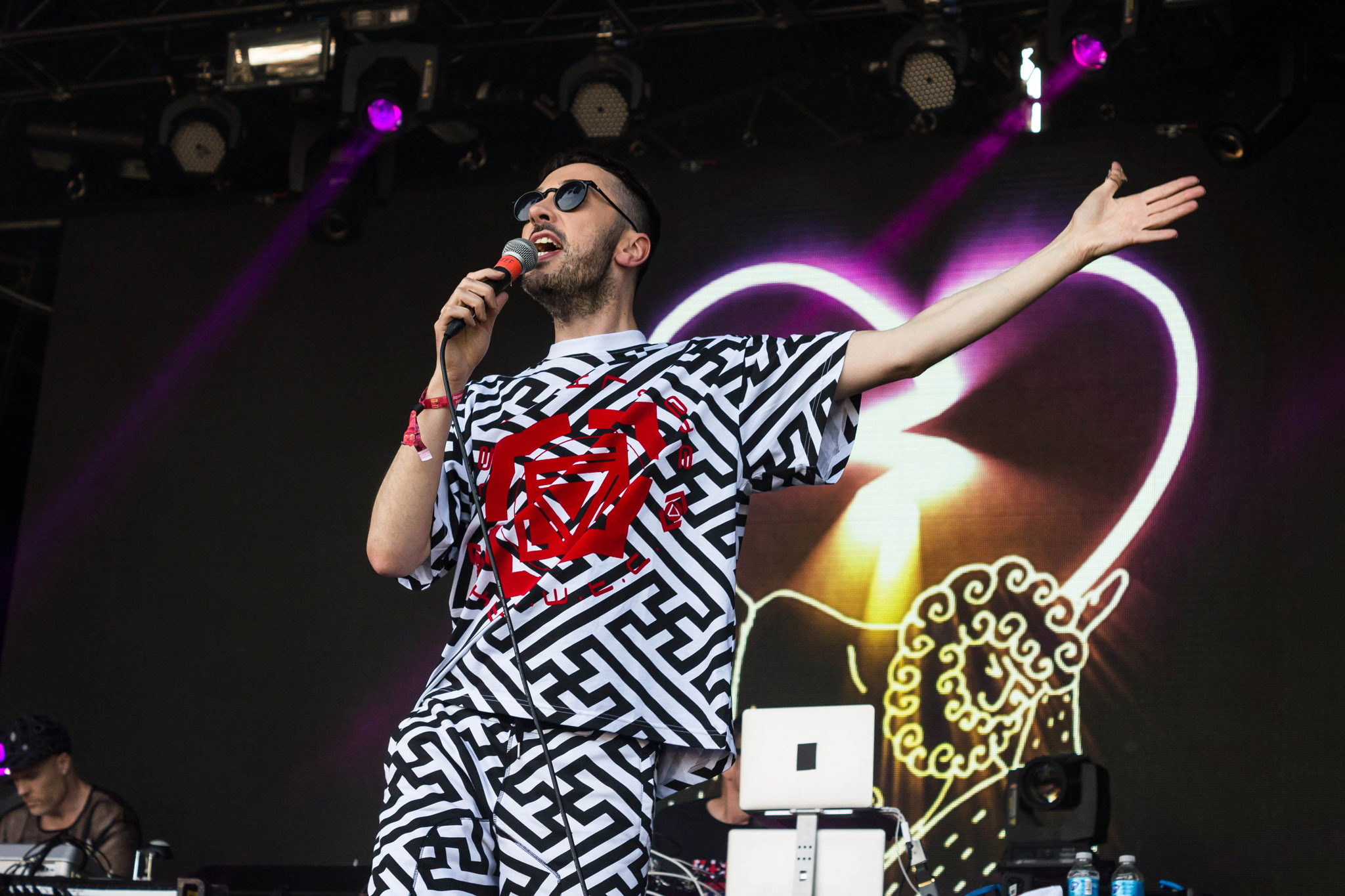 Then upon finding refuge in the Circus Bar tent, the likes of NWO and Ghostface are seeping from the speakers. With a drink in one hand and the obligatory disco ball overhead, night has fully descended but so has the rain, meaning festival goer numbers drop by half. Friday is good, but looking at the eagerness on everyone’s face to get home, it's clear they're preparing to fight another day. 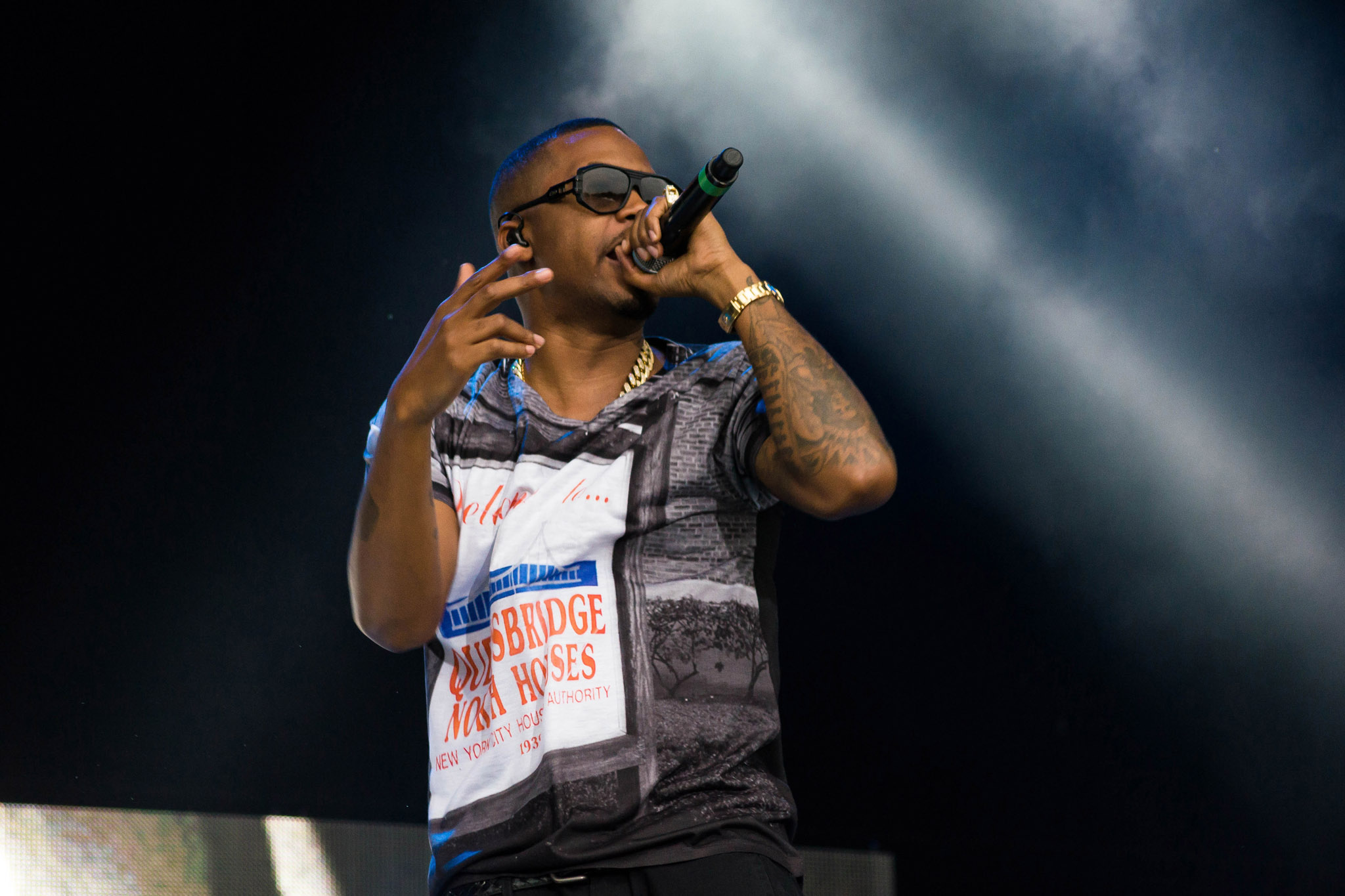 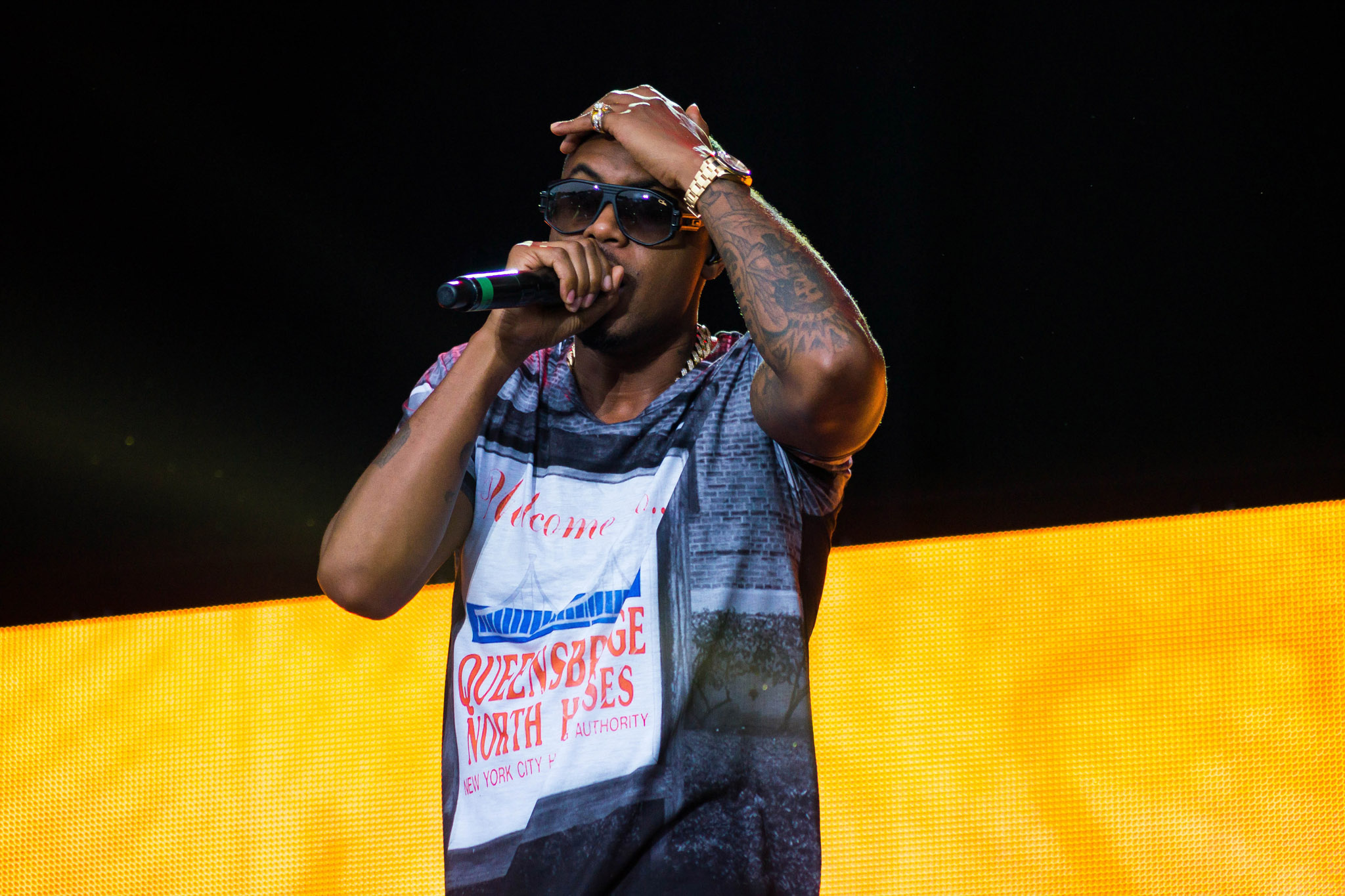 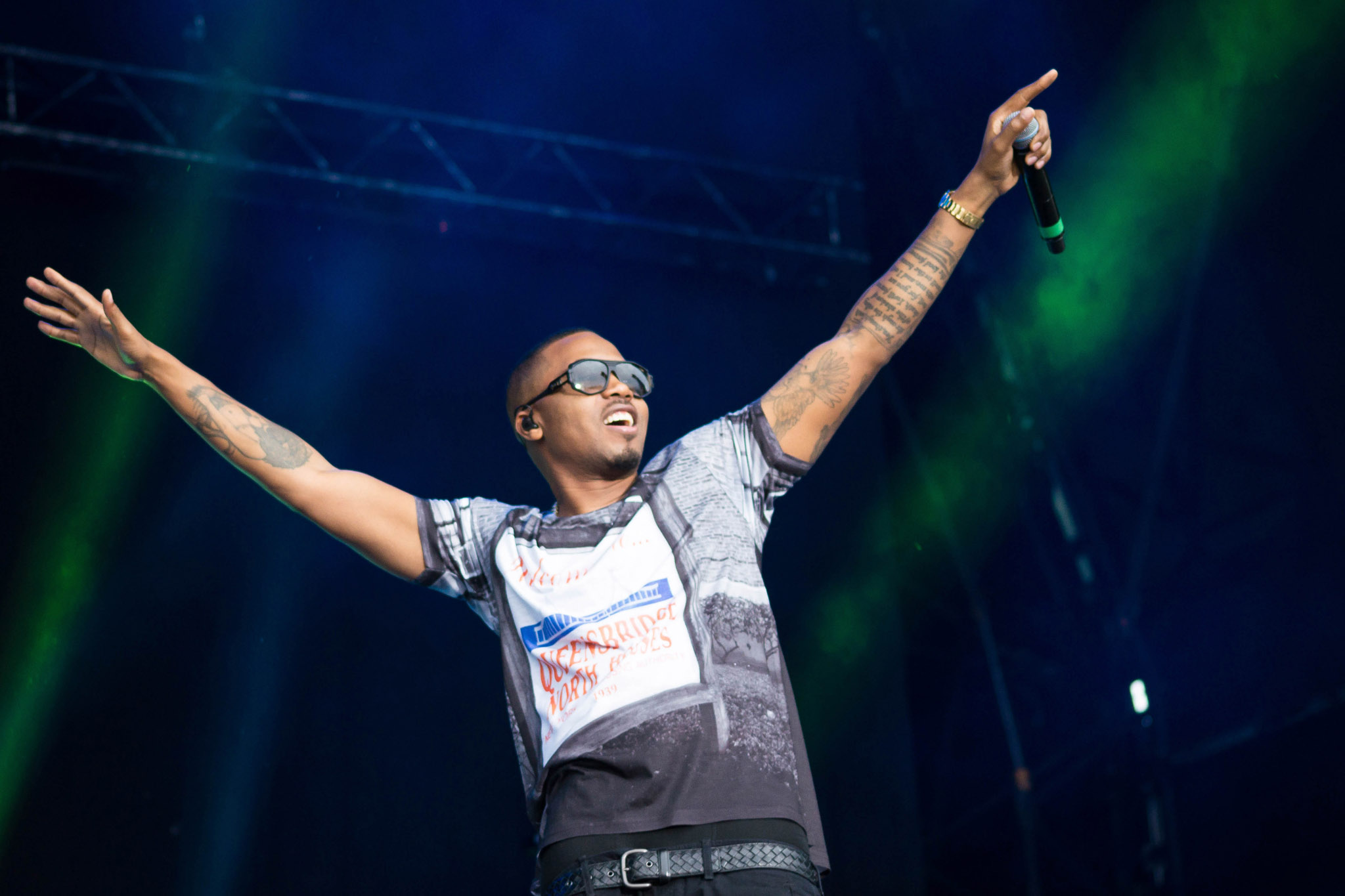 Nas is definitely the highlight of Saturday, as he plays through his seminal album, ‘Illmatic’. It's clear that he is the prophet to the congregation of the Main Stage church; the crowd sing through each track as if they're reciting bible verses. Groups strive to reach the front as if they are trying to receive healing. From pinky waving to straight out skanking, the dance moves in the crowd are anything but coordinated.

Bonobo has a crowd that extends beyond the perimeters of The Big Top and plays a live set that both hypnotises and entertains. The live brass section, flute and drums give a well-needed punch to tracks like ‘Kiara’. Bonobo provides a heady mix of accented house beats and electronic dance to then slow it all down with ‘Kong’, at which point a girl proudly comments, “I had my first shag to this song!”

As sceptical as people are of the inner-city festival, Lovebox proves to be a successful experience, according to an overheard quote, “You get to do the festival thing without doing the festival thing”. Apart from some equipment issues and sound problems, Lovebox 2014 tastefully brings together classic and new in an undulating adventure of hip-hop, dance and a heavy pinch of London bravado. 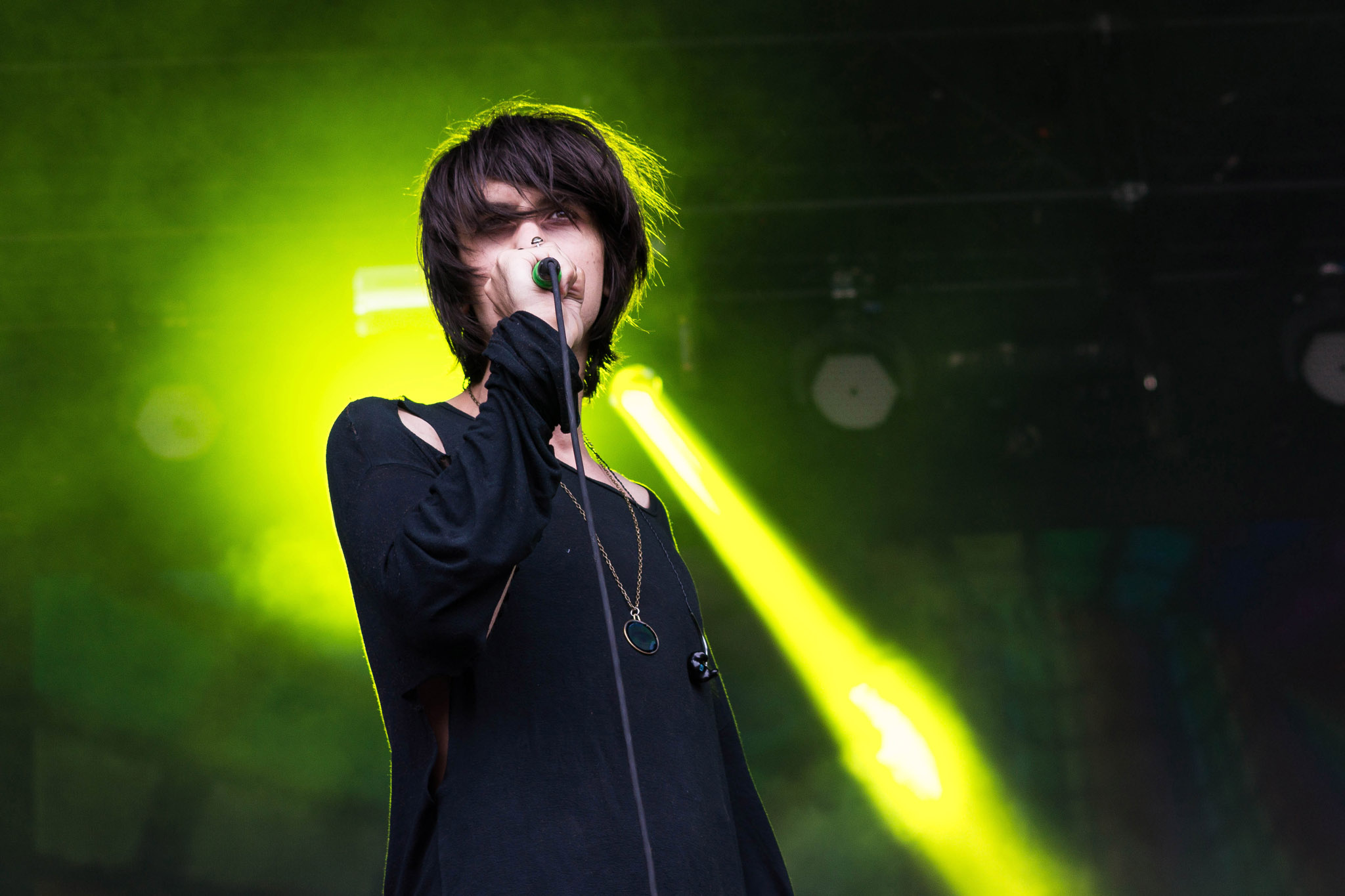 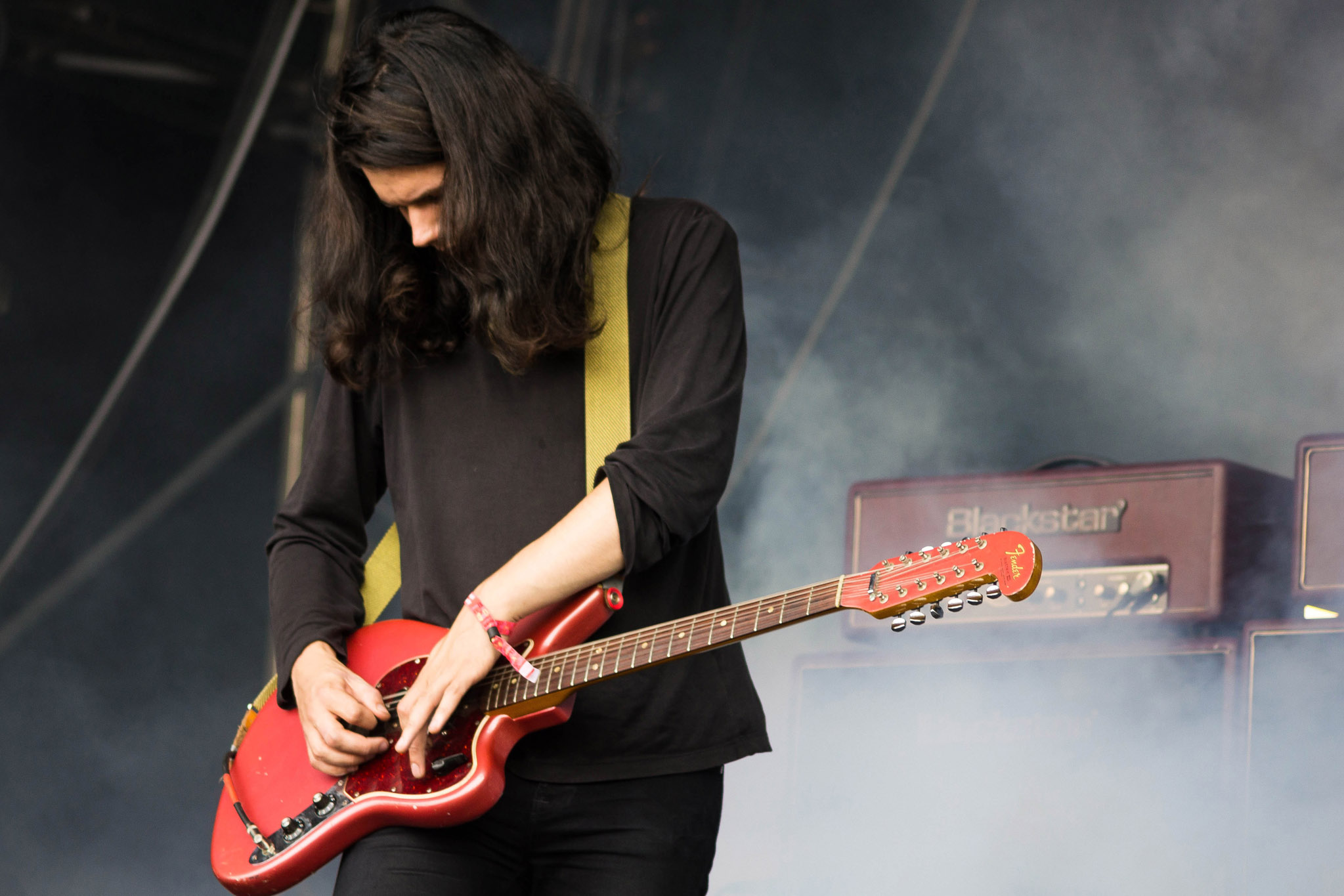 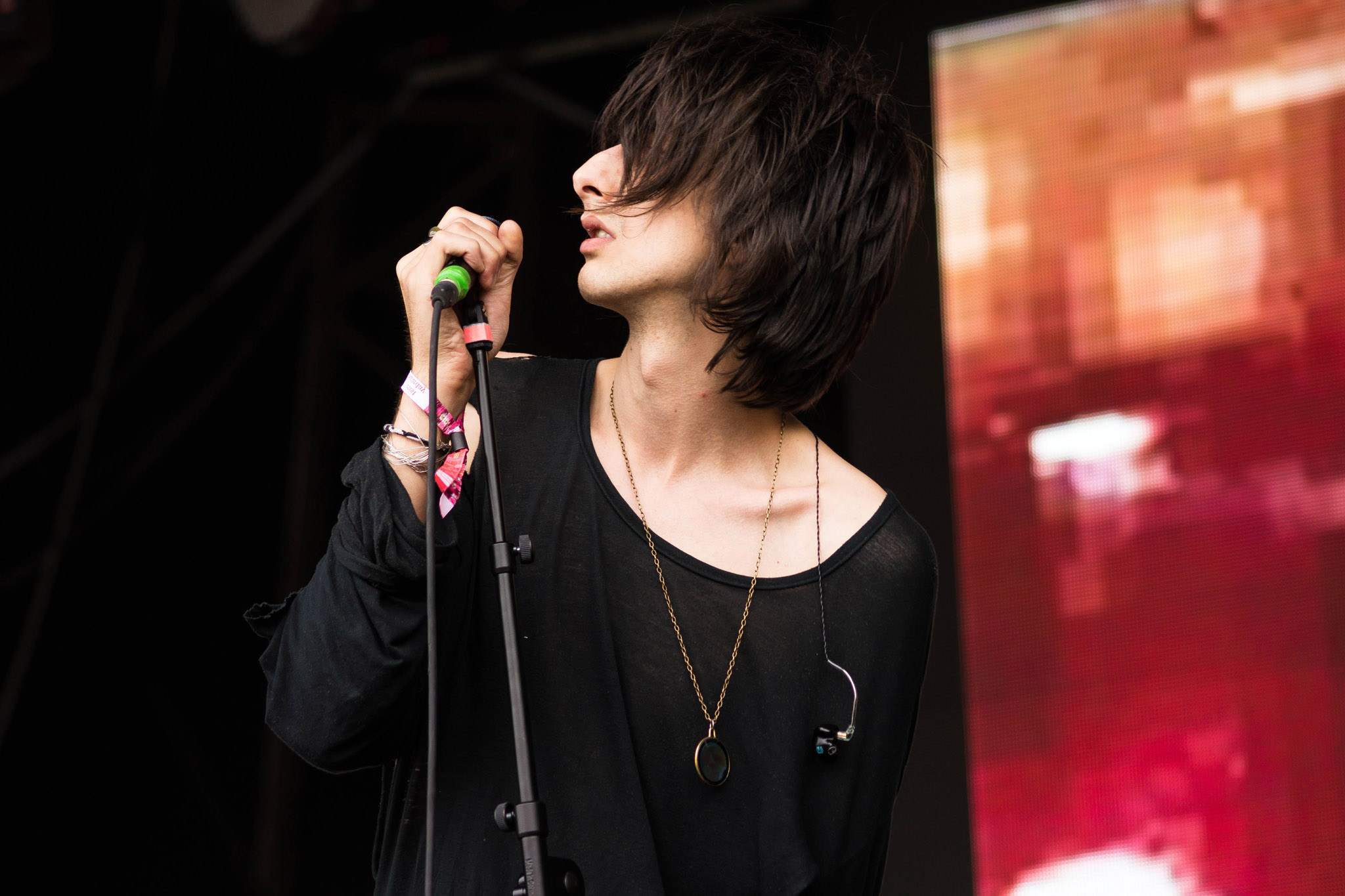 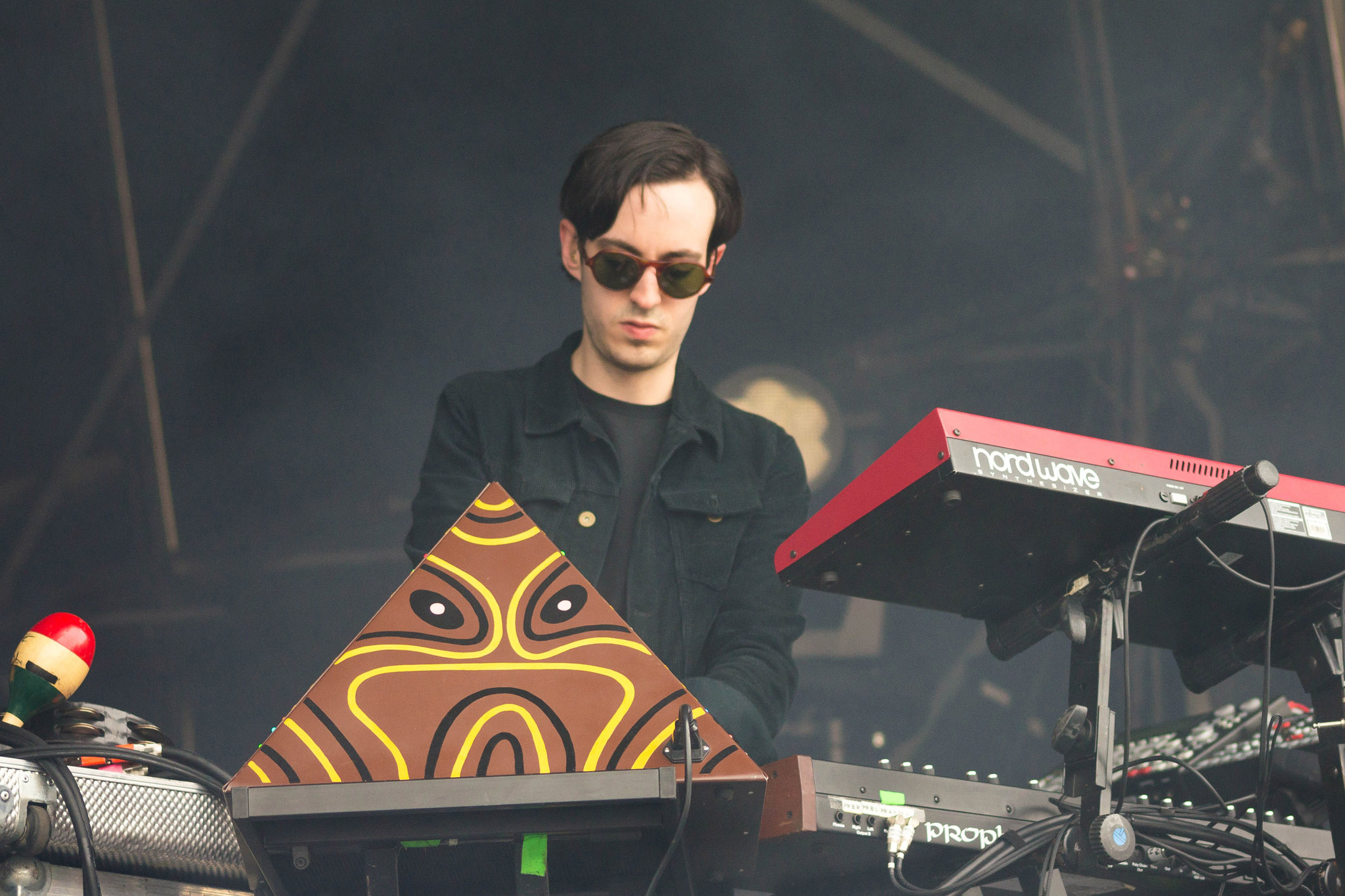 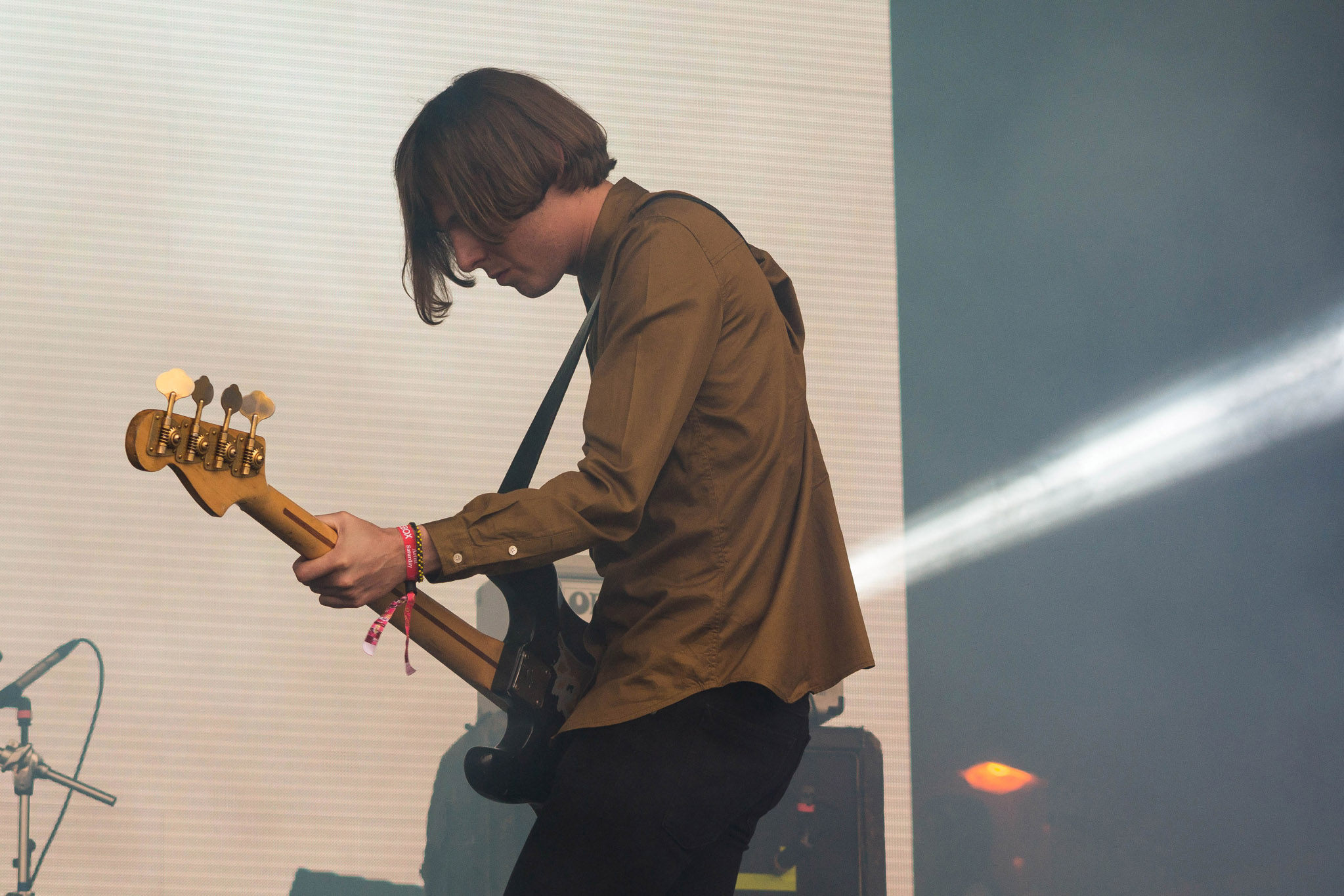 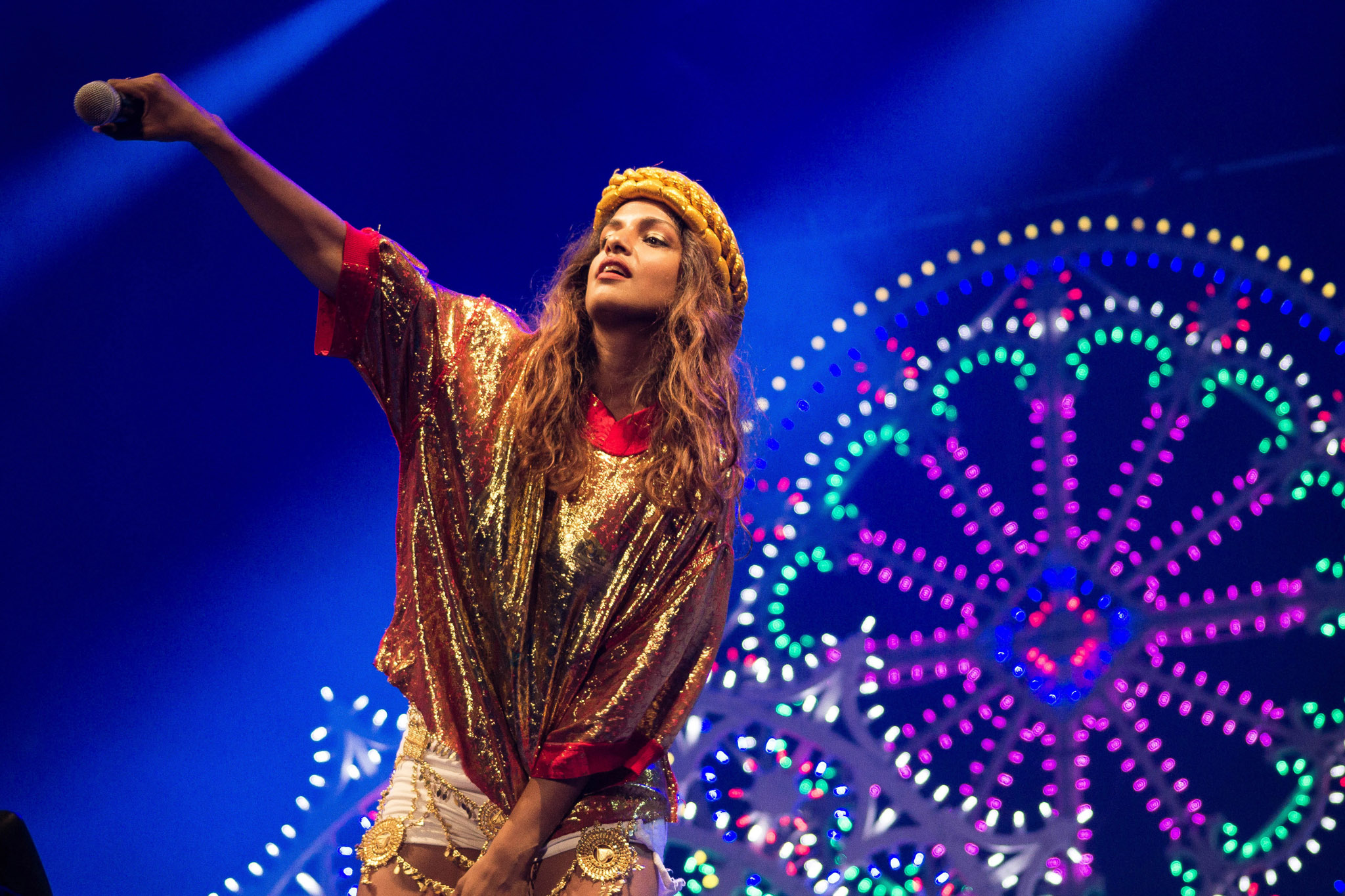 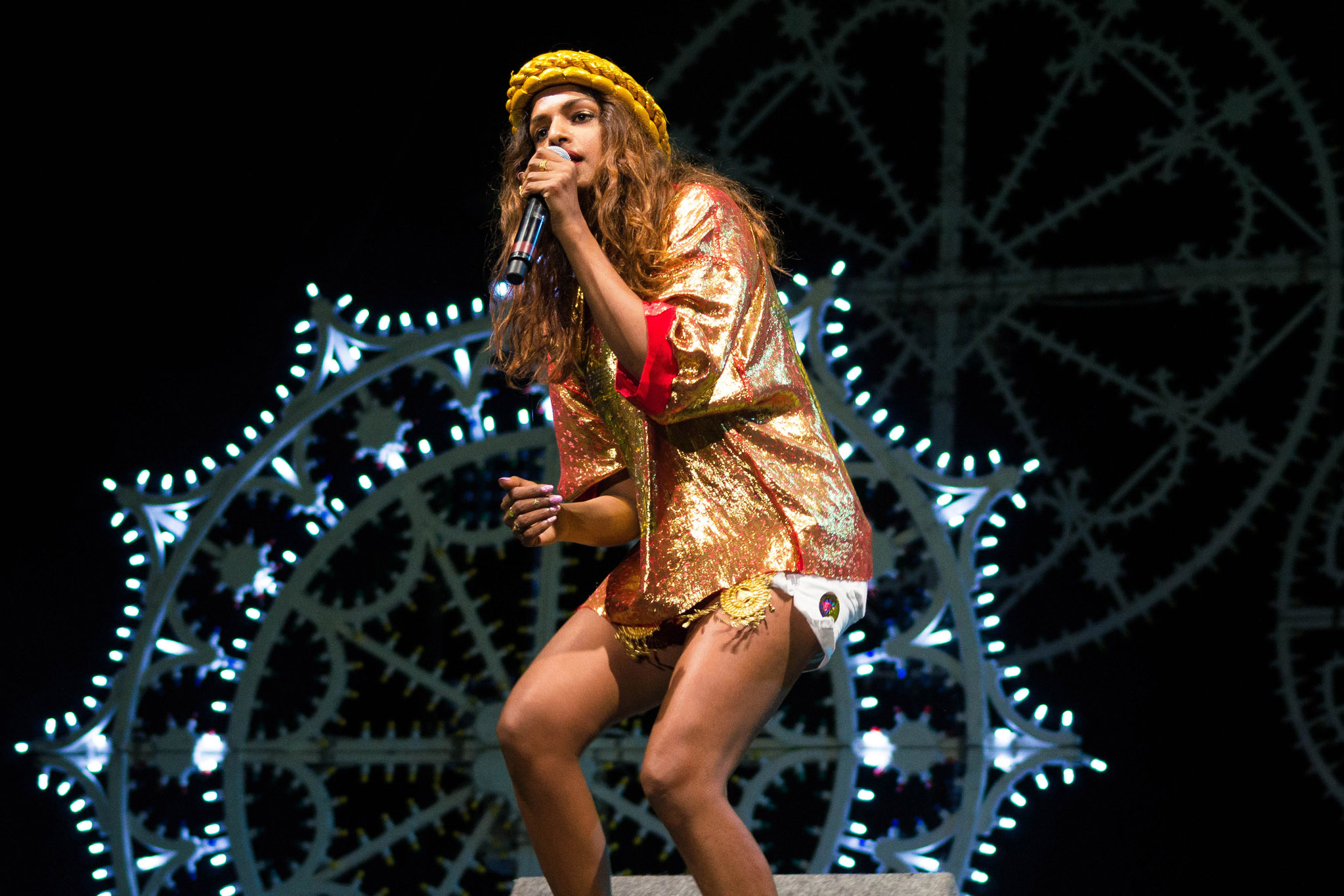 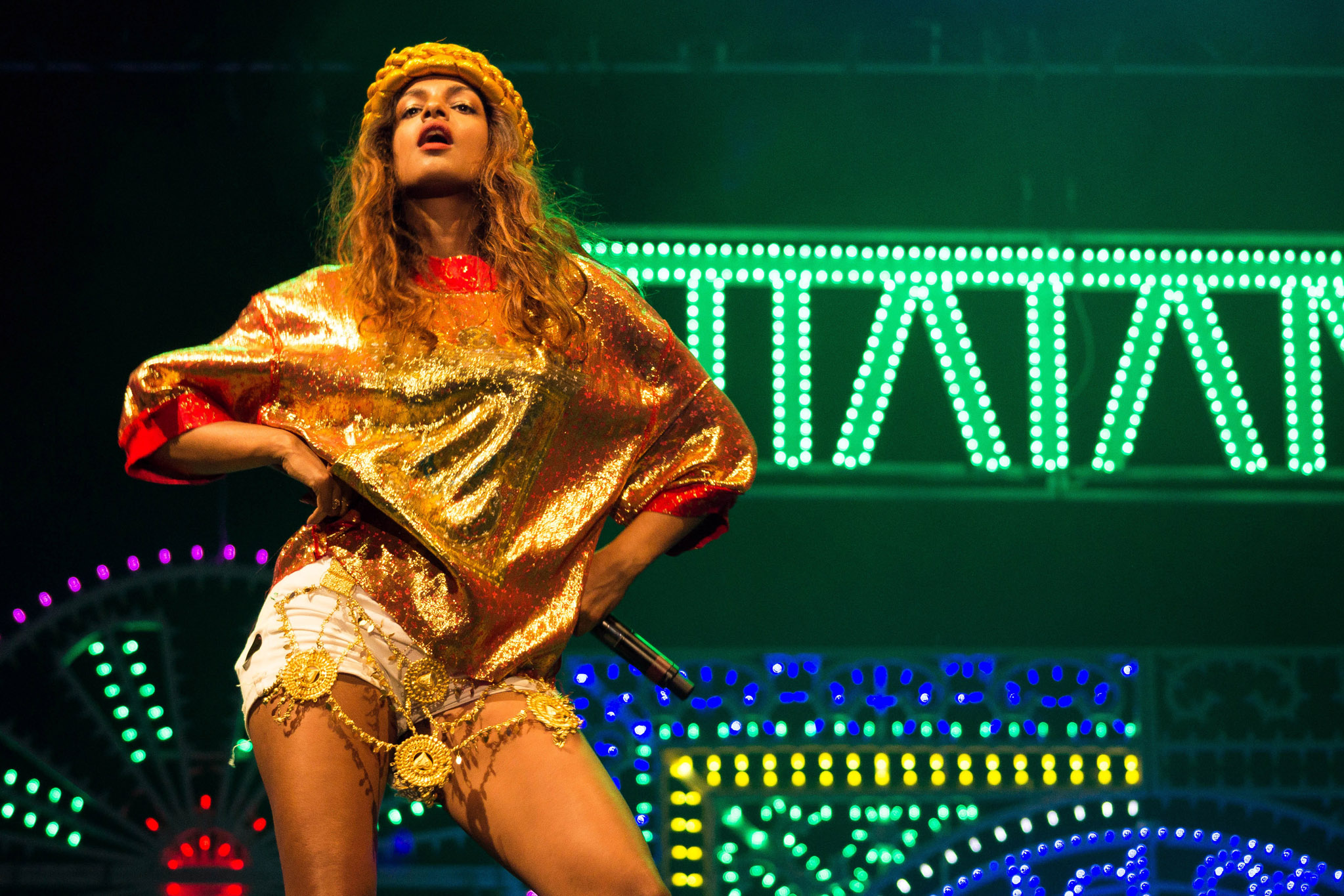 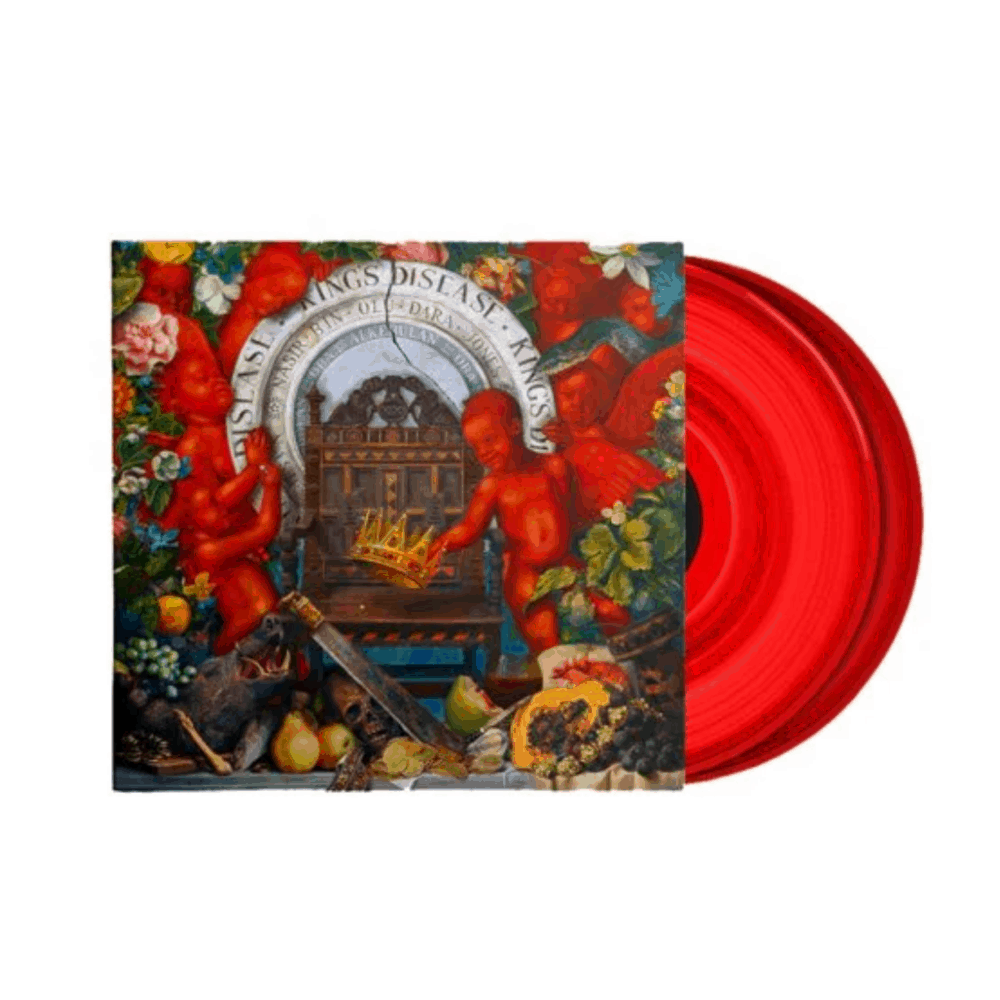