A Sunny Day in Glasgow’s latest release, ‘Sea When Absent’, is a huge sensory overload that’s as emotionally pummelling as it is textually complex. In a lot of ways, it’s unlike any other indie pop record this year: layers upon layers of collide and combine with each other quirkily, providing not only massive soundscapes but engaging and melodic dream pop songs, too.

The most intriguing thing about the (current) six-piece is that the members are rarely ever in the same place at once, and it’s remarkable that a record as complex and complete as ‘Sea When Absent’ has emerged under such circumstances. Here, founding member Ben Daniels and band regular Jen Goma muse about how to stay motivated under the pressure of distance, how songwriting can change under a revolving lineup and whether or not the palm tree is the most… accessible tree.

What is it about the band that motivates you guys to continue despite the distance?
Ben: We enjoy it. We like making music. We like each other. Personally, when ASDiG started getting attention back in 2006 and we decided to keep doing it, I made this kind of deal with myself that I would do it for 3 albums. That seemed like enough records to grow, maybe learn some things, and then have a body of work. I thought I would be done at album 3 but now I find myself really wanting to make another record. I have so many jumbled ideas at the moment, it will be fun to work through them and see what's there.

Jen: I think it's all of those things Ben just mentioned. It's hard to find people that you like spending time with and that you like making music with and we all like doing both of those things together. And the more we get through obstacles, like distance, together, the better frame of reference we have for how to make something work. And it's good when the question between us all is "how" rather than "if."

Ben, you’re the only consistent member of the band. How has this affected your songwriting process over time?
B: I've done less of it as time has gone on and that is great. For 'Scribble Mural' and 'Tout New Age' I wrote everything. Josh and Annie were on board for 'Ashes Grammar' and they each wrote parts and that was great. This time out had lots of input from more people. I definitely enjoy the transition to a more democratic song writing process.

A lot of bands I speak to wish they could just record albums forever and avoid the process of touring. Is it different for you guys in the sense that you wish touring could be more practical?
B: The most wonderful part of all of this for me is when I am writing a song and it comes together. Sometimes this happens in mixing, sometimes when i am just playing on my mandolin or acoustic guitar. But that is easily the best feeling in the entire process. After that, it's a multiple-way tie between playing shows, coming up with song titles, talking about t-shirt designs, making flyers, hanging out, practicing, "making records" (everything that might mean), etc… I love it all. Having just finished a tour across america in a van with no air conditioning I think I can now say that I hate touring. Love the shows, love talking to the fans, hate everything else about it.

J: The band is kind of like a small business and touring generates resources almost as fast as we can burn through them. It takes up so much time and money but, mostly energy. We all have fun doing it! Like Ben was saying, the shows are great but, I think we'd like to find a more sustainable way of touring. Not just in terms of money but, something that's sustainable in terms of spirit - that isn't as soul draining as touring mid-July in a van with no AC.

B: So I don't know that I wish it was more practical. I more wish that instant transportation portals existed and you could just step through one in Philly and end up in Seattle 10 seconds later. But I love playing live, I would never want to just make albums and never play them. Live music is a truly wonderful thing - playing it and seeing, hearing it played. You get very different things from each and they are both the best.

You’ve got palm trees on the album art, and a lot of people are talking about this as perhaps your most accessible and poppiest album to date. Were your early intentions with 'Sea When Change' to appeal to a wider audience, or is that something that doesn’t concern you as a musician?

B: Ha, are palm trees a more accessible tree? But there was never any discussion about accessibility. This is what happened and if people find this more accessible then that's great. But everyone has always been invited to ASDiG's records. We are not and have never been deliberately obscure or accessible. This is the music we make.

J: Yeah, I think the response to the album has been great. The positive reception wasn't something we had anticipated or that we were going for. We were just trying to make our album. There were a few potential covers for the album. Ben took abunch of film photos and from that batch of photos this was one of the many that were real good

How's adjusting to Australia been and have you been involved in any music scenes where you are?
B: Australia was a huge adjustment. It took me about 2 years to like living there but now I love it. I just became apermanent resident this year and next year I will become a citizen and I am very excited about those things. But ASDiG takes up all of the time I have to put into music. I can't imagine working on anything else right now. Maybe some day in the future I'll dip my toe into the Sydney music scene. But beyond going out to shows occasionally, I don't really do anything with music or the scene in Sydney.

A Sunny Day In Glasgow's 'Sea When Absent' album is out now. 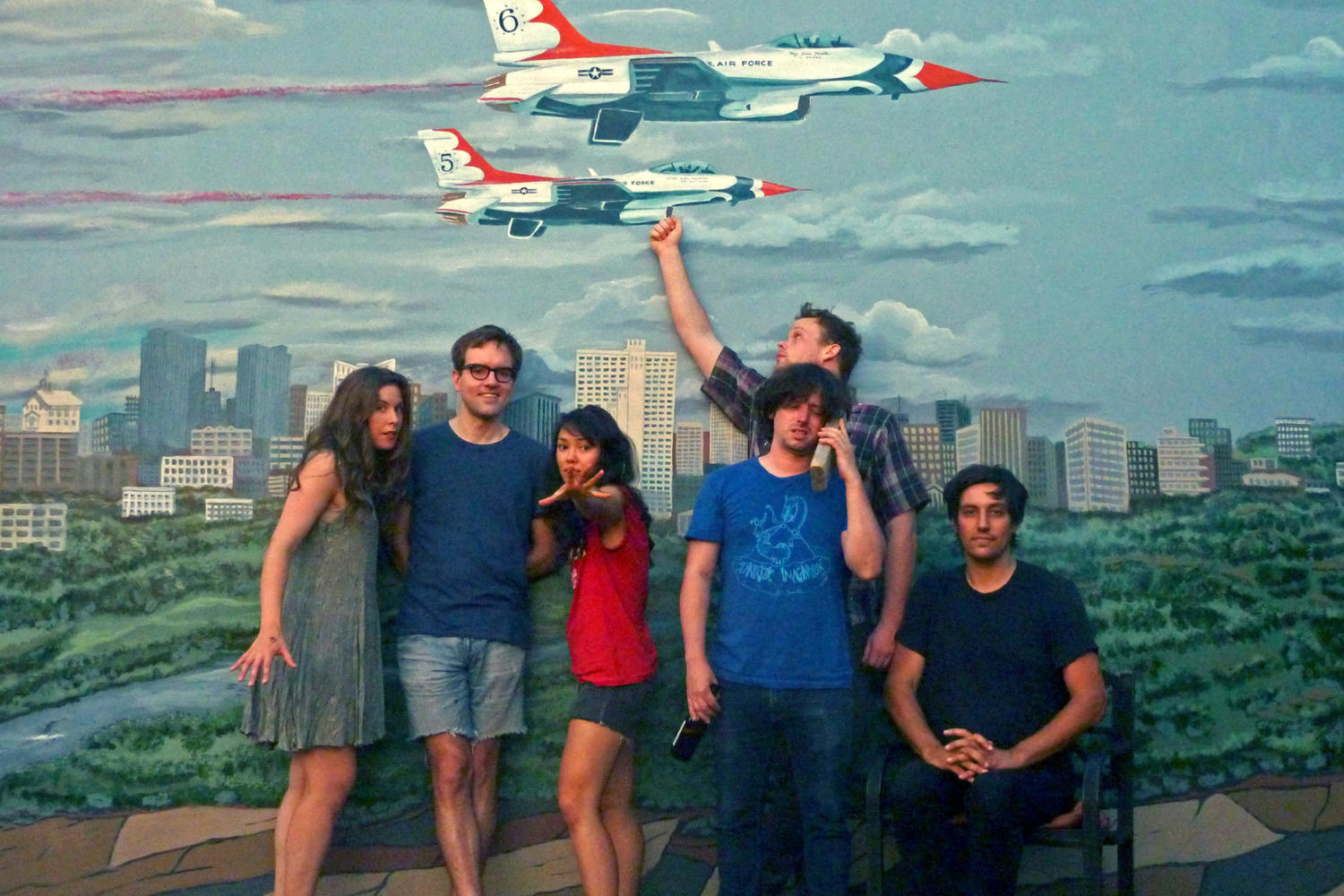 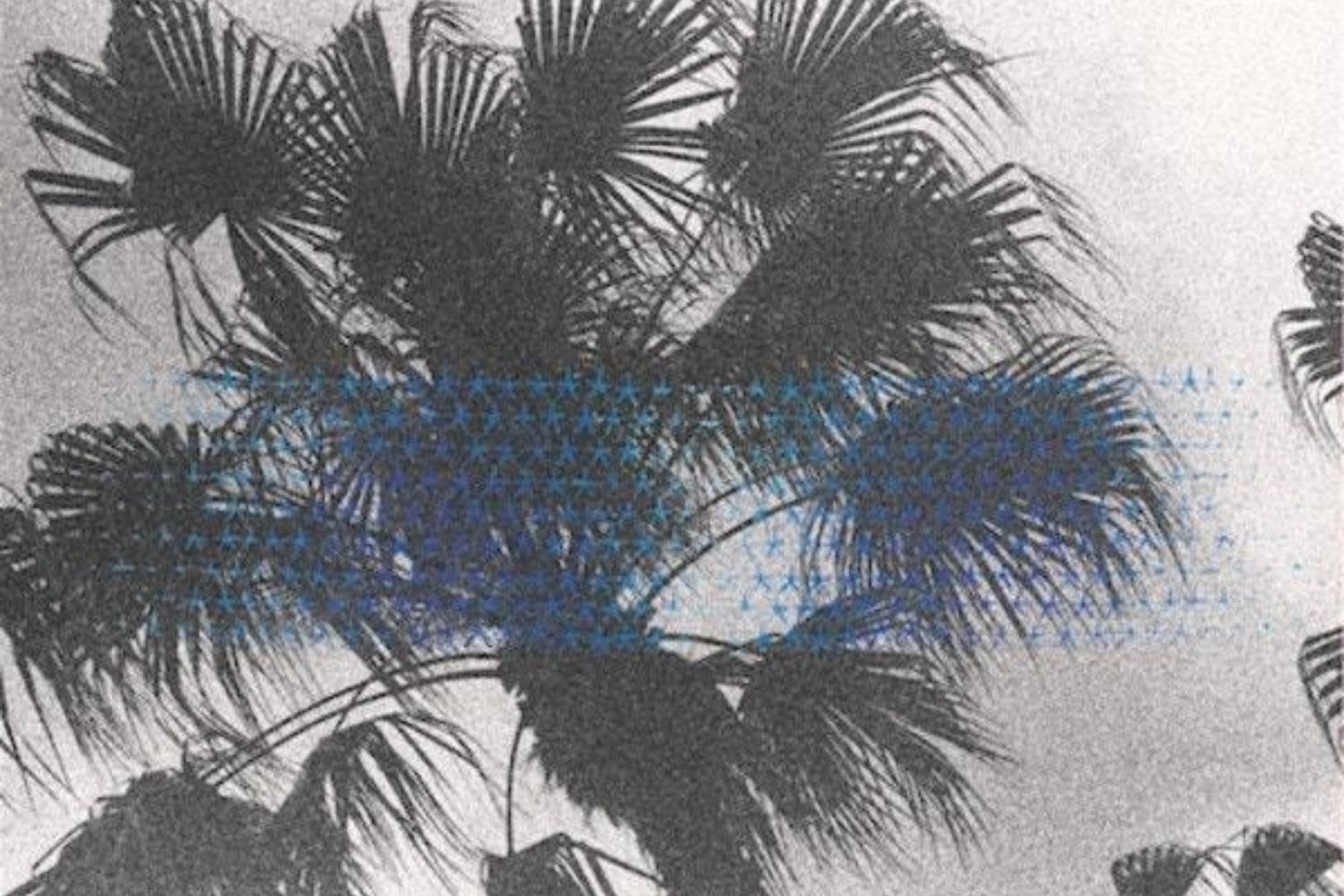 A Sunny Day In Glasgow - Sea When Absent

A Sunny Day in Glasgow feeling rosy cheeked, fresh-faced and wide-eyed for the first time in their career.