DIY’s glowing, four star review of Mazes’ latest record, ‘Wooden Aquarium’, claims that it puts the trio on the map as “one of the most exciting British bands currently around.” And there’s reason to this reckoning - we’re witnessing a group soaring ahead, progressing at a brilliant rate, going Stateside in the process and getting bigger by the second. Not that their methods have changed, mind you. This is still a band more sticking to what they know, only they’re refining the process, upping the anti in various subtle ways.

Jack Cooper’s already spoken to DIY about the story behind the band’s follow-up to ‘Ores & Minerals’, but as LP highlight boldly declares “I have hidden layers”, there’s plenty more to dig into and discover with this record. Below, Cooper’s provided a no-bullshit guide to the album, from backstories to deep meaning.

Check out Mazes’ guide to ‘Wooden Aquarium’ below.

If I had to play a song to someone that had never heard us before, I'd play them this. I think it's maybe the best thing we've done and I think it's the most Mazes-y. It's about an eye condition I have that's the result of an irregular cornea (I think). The optician told me my cornea was like a mountain range. Not the worst thing a medical professional has ever told me, but a vivid image nonetheless. My dentist once claimed that I have a mouth like a swimming pool but that's a whole other story.

An ode to Manchester's confused neighbour. Heather (who sings on a lot of this album) ad-libbed most of the lyrics, so it's not particularly lucid but there's some truth in there. I lived in Salford for 2 years and my grandma is from there... I love it but I don't understand it. I think of German bombs, shopping trolleys, copies of Heat magazine, owning a car and big Tescos.

“Here I am, critiquing our own album.”

Named after the band Explode Into Colors, as we sampled a drumbeat of theirs to make the initial demo, thus informing the rhythm of the song. I suppose this one is an extension of the rhythmic ideas we were messing around with on ‘Ores & Minerals’. The song doesn't really go anywhere but who the hell said a song HAS to go anywhere?

This started off as post-rock kinda jam... somewhere between Slint and Dead Meadow or something. I can't help feel the chorus, the lushness, the comfortable melody is a concession of sorts. It brings it back around. Here I am, critiquing our own album. It's my favourite track on the record.

It Is What It Is

Another one that I resisted recording until the last minute but turned out to be a favourite. I'd like to explain the words but it's just things that make sense to me - words that are a way of me explaining my outlook. If anyone identifies with it or likes the way it sounds, then so much the better. There's an attention to detail, but critics seem to think lyrics are flippant if they can't be easily explained. This is just me processing stuff.

“My dentist once claimed that I have a mouth like a swimming pool but that’s a whole other story.”

Conan came up with this idea and we moved around it. It's great. The words are from a poem I wrote for my friend's magazine. I'd read the damn thing out at a launch for the magazine the night before and it seemed to fit. It's about Blackpool... my hometown.

The title of this update to our song 'Letters Between F&E' is a tribute to the UV Race. Cryptic, but the secret's out! It's about the things between the things that we acknowledge. The musical half-notes, things that are unsaid, life's unwritten rules. The space between the space.

A love letter to the beautiful part of the world we found ourselves in recording this album. An hour north of NYC. Thick snow, clear skies and miles of nothing.

Riding a BMX, high and sunburnt.

My ode to the north London suburb in which my girlfriend and I live. It's very literal. It doesn't need explaining, really. This is a culmination of the very sparse style with which we play nowadays with a melody I've previously tried hard not to write. A style we borrowed off Antelope.

I sat looking out the window of the house we were staying... looking out to the three mountains across the valley. The third one was consumed by snow and over the course of an hour, the snow became so heavy that I couldn't even see the first one.

Mazes’ new album ‘Wooden Aquarium’ is out now on FatCat. They play the Cardiff leg of the Dr. Martens’ #STANDFORSOMETHING Tour in association with DIY on 11th October, supporting Eagulls - buy tickets here.

The band brought the ‘Wooden Aquarium’ cut to the Welsh capital.

See videos of the bands playing ‘Salford’ and ‘The Moth’ respectively.

The second date of this year’s #STANDFORSOMETHING Tour arrives in Clwb Ifor Bach. 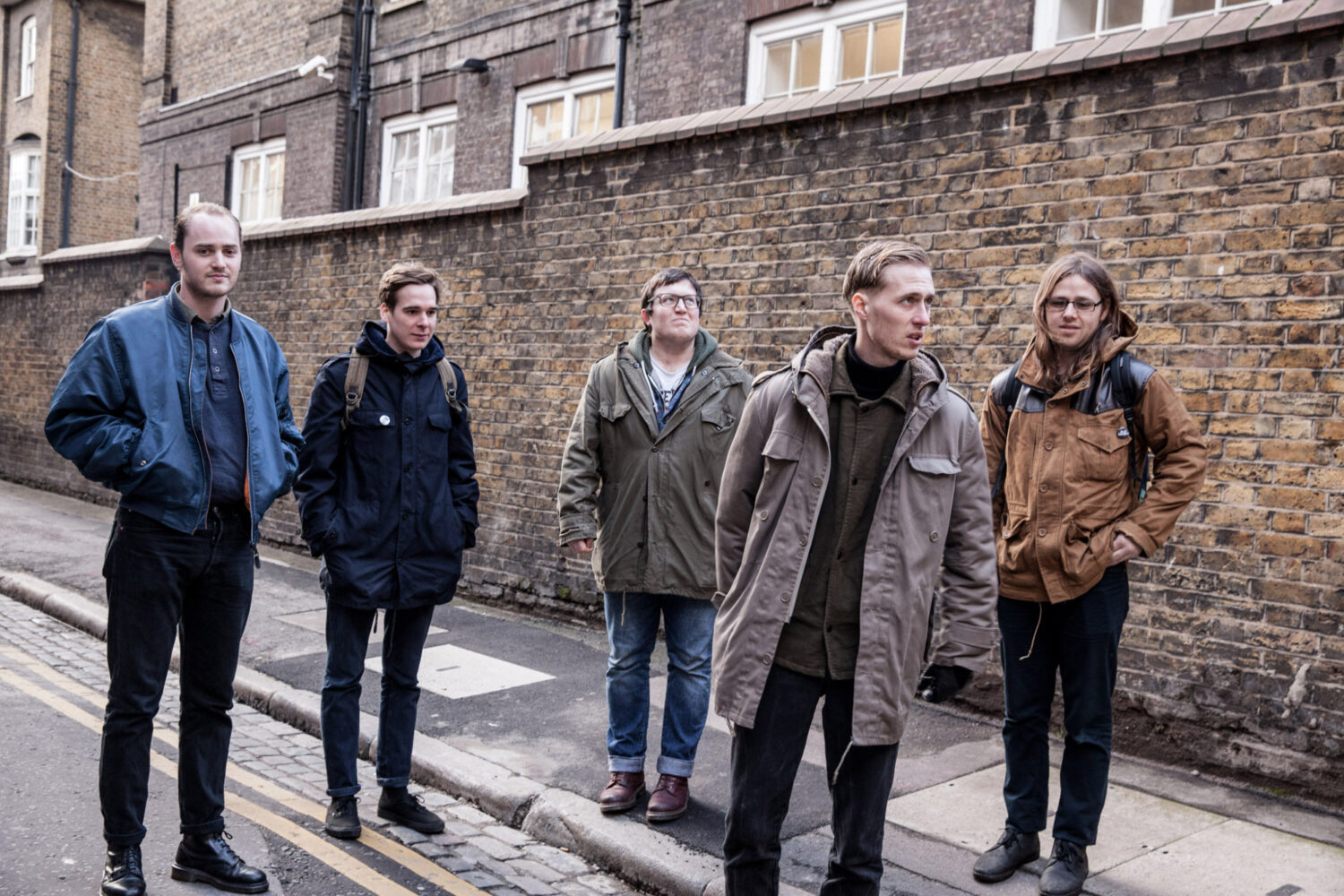