Greetings, dear readers, and welcome to another edition of Tracks. Whether you’re just back from a day filled with vinyl searching and bargain hunting, or you’ve just been hiding from the people fighting over tellies all day, this week has been jam packed with new releases that deserve immediate attention. Chosen by the discerning DIY scribes, this week features premium amounts of pop-punk, plenty of innovative dance music, and, dare we say it, possibly one of the stand-out remixes of the whole year. Sit back, and enjoy, and for more music still, head over to the DIY Listening Hub

The thing about Paramore - the one that really sets them apart from all the other bands - is that they’ll accentuate the positive. It isn’t just the fact that ‘Tell Me It’s Okay’, a demo for a track which didn’t make their self-titled fourth album which receives a deluxe reissue this week, is an upbeat slice of power pop brilliance. This is a band that blaze a trail for doing it right. In Hayley Williams they possess a front person that leads by example - a lightning rod for Genuinely Good Things. They’ve come back from a very public near implosion stronger than ever, becoming both genuine megastars and glorious pin ups for the unpretentious parts of the underground in the process. Dark hearts be-gone, we’re all happier now. (Stephen Ackroyd - @stephenackroyd)

Earlier this month DIY introduced to you the 1-800 Dinosaur collective, the record label James Blake and his buddies have started. ‘200 Press’ is the second single to be released by Blake via the label, and was made in vintage James Blake style; in his bedroom with nothing but synths, computers and an obscure hip-hop sample. The sample comes from Devin The Dude’s ‘What A Job’; more specifically, André 3000’s verse. So distorted are the vocals however that André’s distinctive voice is barely recognisable, rather some sort of futuristic robotic version of him. The André 3000 android model, if you will. With ‘200 Press’ it’s harder than ever to imagine the track being recorded in Blake’s room; it sounds rather more at home in some grimy, dystopian steel mill which somebody has smuggled a couple of synths into. The production itself is as other-worldly as André 3000’s bizarre vocals, and while all this is still instantly recognisable as a James Blake track, the sound of ‘Overgrown’ is, by and large, a distant memory. ‘200 Press’ very much reflects the motif of 1-800 Dinosaur as a home for the side of Blake we all know is there; the side where he locks up his many, many of feelings and just has a little dance for a while. (Henry Boon - @HenryBoon)

If the track of the year should be the one that stops you dead in your tracks, mouth open, mind spinning; congratulations to Fall Out Boy - you’ve taken it by a country mile. Whether the title track from forthcoming album ‘American Beauty / American Psycho’ is the best or god damn worst thing you’ll hear in 2014 is entirely up to you, it’s certainly decisive. Gone is the chart friendly pop tinge of ‘Save Rock ’n’ Roll’, replaced instead by sugar rush hobgoblins overdosed on vodka Red Bull and buckfast. In your face, shouting like the end of days is nigh - sugar, we’re gettin’ down. (Stephen Ackroyd - @stephenackroyd)

Far too often remixes can be nothing more than boring old contractual obligations. Put a dance beat underneath, chop up the vocals a little bit = job done. This formula goes out the window though for hip-hop experimentalists BADBADNOTGOOD. The Canadian trio have completely reinterpreted Future Islands’ stand out 2014 single ‘Seasons (Waiting On You), transporting it from sashaying synth pop to smooth and sultry, film noir melodrama. The 70s thriller backing brings out the alluring qualities of Samuel T Herring’s voice wonderfully, as he slinks around the poised jazz beat. The backing track is completely new but has all the same qualities as the remarkable original. As the chorus kicks in and switches up a gear into a breathless Northern Soul stomper you’ll feel every bit of its Samuel T Herring-approved chest beating brilliance. (Martyn Young - @martynyoung184)

With the label’s figurehead A.G. Cook often remaining elusive, it’s not sacrilegious to say that Hannah Diamond has become the face – and undeniably the voice – of PC Music’s charge to warp electronic music into a dimension of cutesy synths and neon colours. With her distinctive vocal stylings and chocolate-box aesthetic, she’s become a staple across the blogosphere throughout 2014 – and judging by her latest track, it doesn’t seem like that’ll be changing anytime soon. ‘Every Night’ serves as Diamond’s most accessible, club-friendly offering so far – perhaps an intentional decision, considering it’s the first of her tracks to pop up on iTunes – and yet it’s in no way sacrificial of the values and quirks. Her signature staccato-heavy vocal delivery is duly present, and her voice’s playful charm is inescapable as she spills on an innocuous crush. A compilation of bubblegum pop music’s tropes exerted to their sugar-coated maximum, ‘Every Night’ could be the song that sparks Diamond’s transition from internet phenomenon to bonafide pop sensation. (Joshua Pauley - @PutUp0rShutUp)

Will Butler - Take My Side

When Will Butler’s new solo album ‘Policy’ was announced, a lot of media outlets wrongly reported that his older brother Win was releasing a solo record. While this unfortunate mix up could suggest Butler is in danger of being overshadowed by his brother - Arcade Fire’s lead vocalist - the verve and vivacity of ‘Take My Side’ puts those fears to bed pretty quickly. Clocking in at under 4 minutes, the song is an all-American power-drill, carried by a jaunty two chord hook and a clatter of frenetic percussion. Butler’s vocal performance is nothing but a small revelation. He’s known as a multi-instrumentalist and vocalist backing up Win and Régine most of the time, but here his lead style is a weathered, fevered howl - indicating just how fun his live show should prove to be. ‘Take My Side’ doesn’t reinvent the wheel by any stretch, but it is still refreshing to see an artist take something a little more simple, but do it so well. (Angus Harrison - @a_n_g_u_s)

Simon Green, a.k.a. Bonobo, once again proves why instrumentals and computer-generated sounds should not - and will not - ever be at odds with each other. ‘Return to Air’, from his new ‘Flashlight EP’, is as horizon-spanning and lush as expected, and with more types of instrumentation than you could shake the proverbial stick at, it’s no wonder that he is considered one of the world’s biggest names in dance music today. It’s a little more laid back than the EP’s title track, but just as awash with the same sort of tropical colour and shimmering aesthetics that Bonobo has made a point of purveying in recent years. It isn’t so much a sign of things to come as an apt summary of his recent efforts, with the man himself describing it as “the last page of that chapter before I settle again and start the next album”. With 5 studio albums under his belt, he is far from losing his touch. (Will Moss - @WillTomMoss)

Trust Fund - Cut Me Out

There’s always been an addictiveness in the melancholy Ellis Jones, otherwise known as Trust Fund, displays in his crunchy indie pop songs. Or perhaps it’s the tangible melodies; the sugar-sweet hooks that often permeate through the rough-around-the-edges sheen with utterly magnetic qualities. On ‘Cut Me Out’, the first track from his forthcoming debut album on new home Turnstile, Ellis threads all the elements he’s so dutifully mastered before and cranks them up tenfold. From the second his delightfully varied vocal sings “say whatever you want about her, she never cut me out,” Ellis’ perpetual, hooky spell has already been cast - the clattering percussion, ricocheting riffs and distinct power pop tinge simply help flesh out a track that’s as driving as a Jimmy Eat World chorus and as touching as an Elliott Smith verse. (Tom Walters - @tommw)

Tegan and Sara - When I Get Up

Let’s be honest, Tegan and Sara are the Queens of vocalised harmonies. The Canadian identical twins have been making waves in the indie scene since they were practically foetuses, and ‘When I Get Up’ showcases their songwriting style down to a tee. The song starts with fingerpicked twangly guitars and a melodic vocal line which aids the lyrics, ‘I’ve got you and you’ve got me and that’s all you need. A doted love song about everyday notions, it is also moved along by a chugging lead line with ethereal tones, and a stilted yet effective final chorus. ‘When I Get Up’ features on the re-release of their 2004 album ‘So Jealous’, rightfully named ‘So Jealous X’ as it marks the tenth anniversary of the album. The album, along with a boxset, will be released on the 23rd December. (Natasha West - @moustashed)

That feeling you get when you travel somewhere new; walking the streets of an alien city, nerves fighting excitement fighting nerves. Circa Waves capture that marriage of awkward isolation and grand adventure with the jostling shuffle of ‘Fossils’. It skips down the street, arms outstretched, amazed at this newfound sense of freedom. It looks in every window. There’s a pause, mid pirouette as ‘Fossils’ realises that people might be watching, but the hood up, self- conscious scurry falls by the wayside as unexplored avenues present themselves at every corner. Finally, Circa Waves feel like they belong. As a taster of what’s to come from Circa Waves’ upcoming debut album, ‘Fossils’ is concentrated exploration. With excitable refrains and a fierce melodic backing, the track instills a sense of the unknown, but as the uptempo ditty twirls around your head, it becomes painfully clear that Circa Waves know exactly what they’re doing. (Ali Shutler - @Justdip)

On his new single ‘Chess’ – the first preview from debut EP ‘The Anxiety King’ – Yannick Ilunga draws on various personas to create a tale in which two lovers doubt the future of their relationship. Flitting between falsetto and baritone vocals, the drams unfolds in a landscape both unfamiliar and theatrical. Petite Noir’s unique exploration of his self-described genre “Noirwave” translates as a journey through African new wave. Pulling together feathery guitars and different layers of rhythms, the result is one of the year’s most dramatic tracks. Whilst ‘Disappear’ and ‘Till We Ghosts’ only glimpsed at Ilunga’s idiosyncratic fragments, what he has now are carefully composed and balanced songs that soar to new heights of pop sensibilities. Put simply, Petite Noir is an artist on the cusp of something incomparable and euphoric. (Sean Stanley - SeanPStanley)

The Baltimore have shared their take on the Wham! classic. 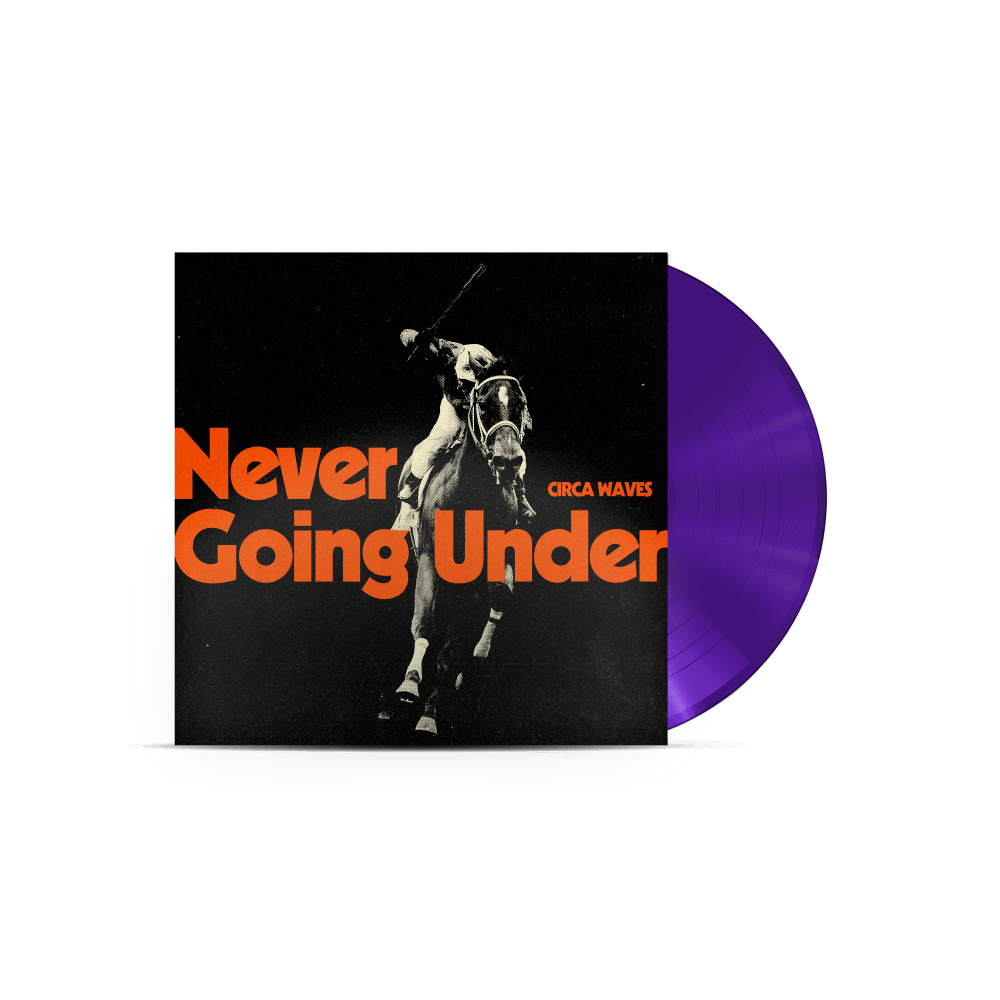 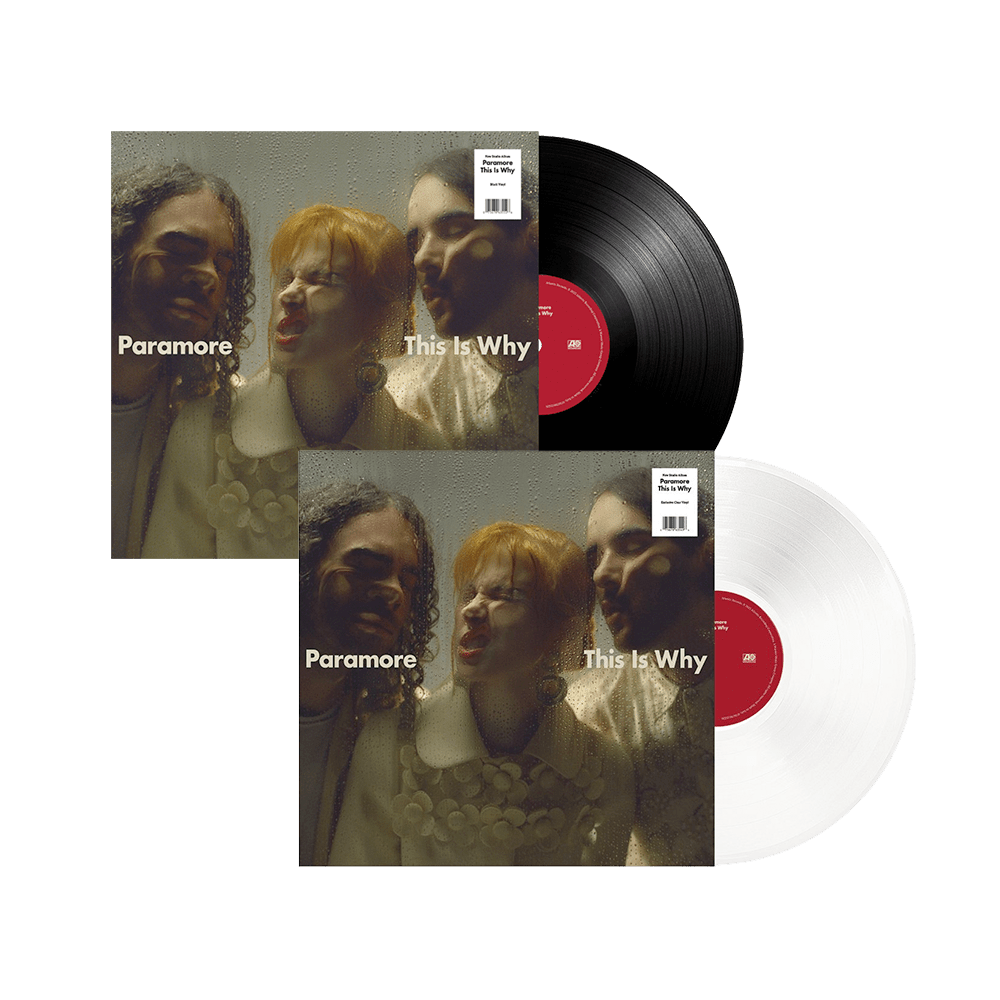 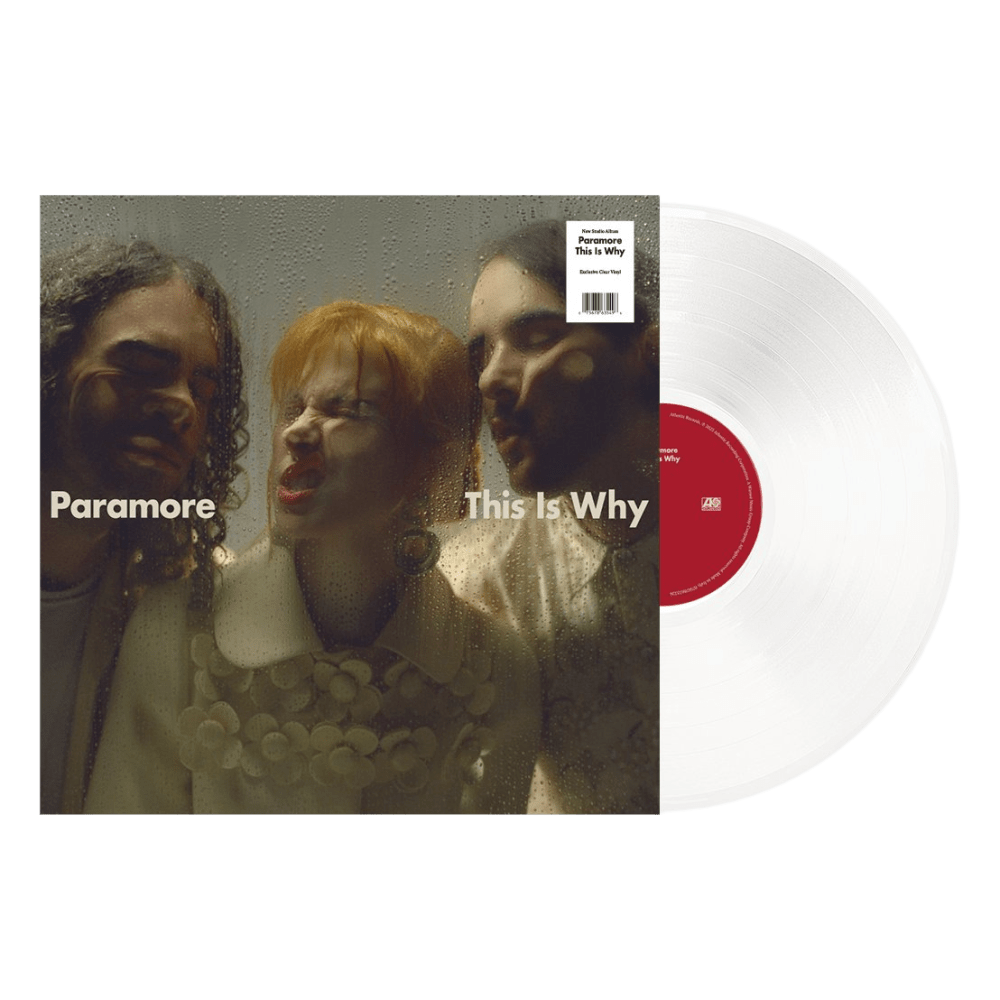 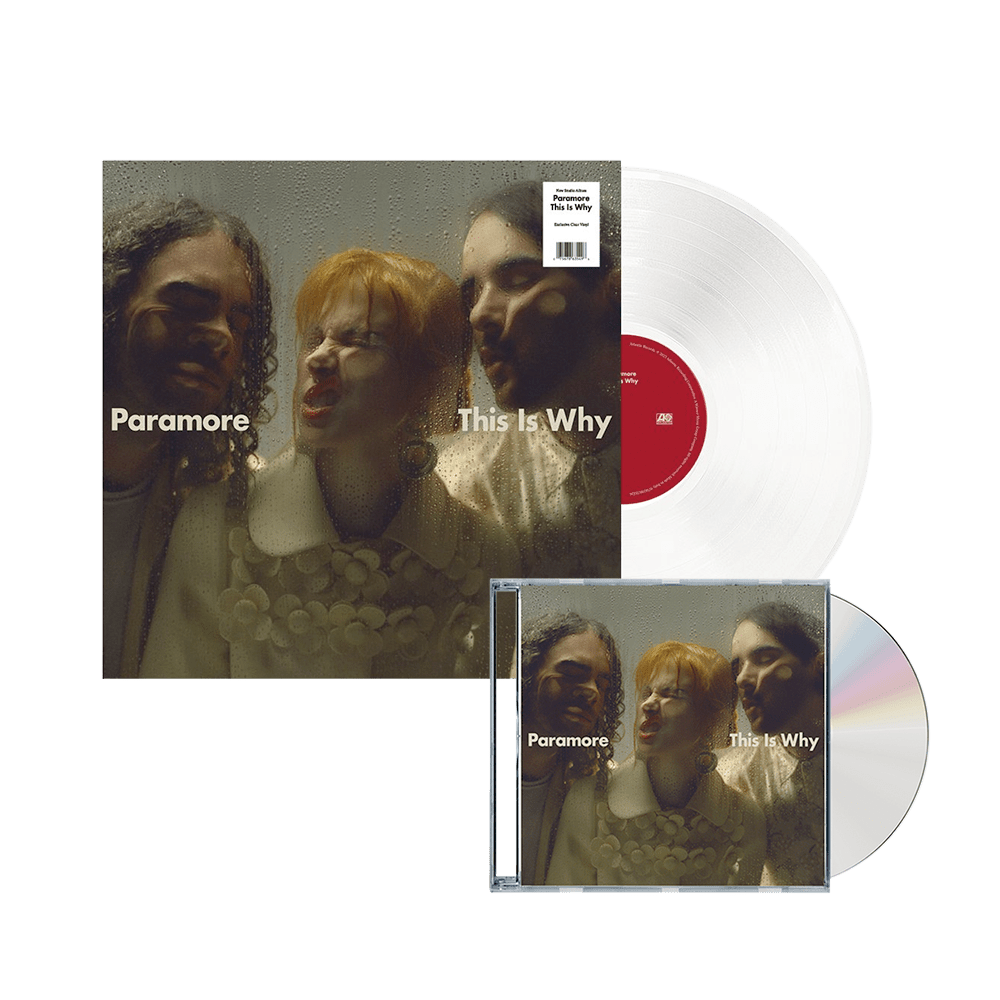