SOHN is at #65 in The DIY List 2014. Following everything here. Interview originally published in DIY Weekly, May 2014.

For SOHN to call his debut album ‘Tremors’ seems very fitting. This is a musician who’s been dealing with the aftershocks of endless internet hype for a year and a half. On the buzz band richter scale, breakthrough track ‘The Wheel’ was off the charts. Keeping stock of everything that followed - because the Vienna producer didn’t have any other songs at the time - this former Londoner has been playing catch-up ever since, his life progressing on out-of-body autopilot.

Somebody should pinch him as he sits down to take stock on a whirlwind eighteen months. Since ‘The Wheel’’, it hasn’t just been his own material that’s struck a collective nerve. He’s also been hailed as a go-to producer for major label hopes, someone capable of adding an indefinable edge to the music of Kwabs, Banks and many more to come. There’s no sign of any of this stopping. Looking understandably dazed, his customary hood-and-wooly hat attire can’t successfully cloak his sense of excitement. “I do not understand - I actually do not understand - that there’s a record out and that I’m signed to 4AD,” he stresses, a month ahead of the album’s release. “When I think to watching other artists putting out a record on a label like that, I see it and think ‘I know what that would feel like if it was me’. But it doesn’t feel real.

“The main thing actually that’s surprised me about the way it’s gone into my brain. Because it hasn’t.”

Sometimes going by the name ‘Toph’, SOHN’s experience spans back to 2004. The current guise he goes by isn’t something that’ll ever leave him. He calls the project an “exercise”, a means of discovering who he really is. “I feel very, very different to two years ago,” citing music as a source of self-improvement. He taught himself to cut back, pull punches. Most importantly, he learnt that “I want to be able to say less and mean more,” and it’s this restraint that plays into debut ‘Tremors’.

“It’s like trimming a bonsai tree. It’s a constant thing of clipping away if you don’t need it, and trying to feel more comfortable in yourself. By saying less than I instinctively would have done or making the lines much shorter, it’s like forcing a spotlight on myself even stronger.

“When you’re saying less, you’re drawing more attention to what you are saying. I wanted to feel good about the stuff that was coming out of me.” 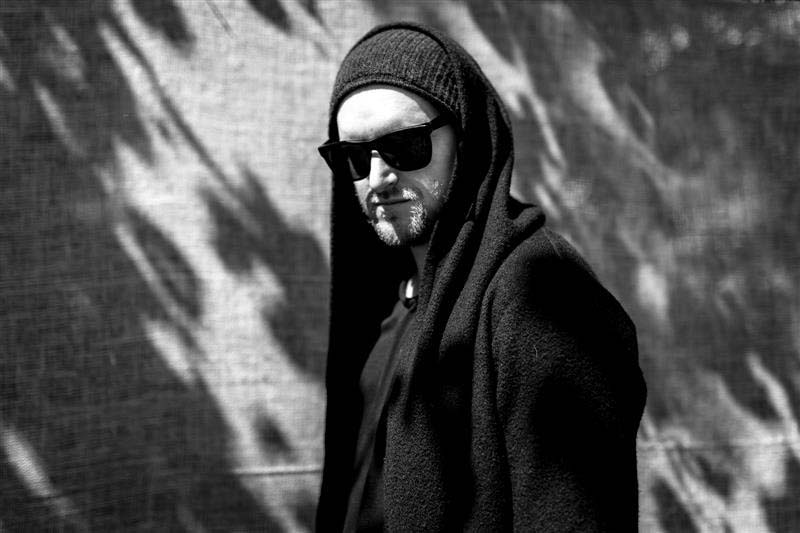 “I want to be able to say less and mean more.”

As a title, ‘Tremors’ is self-referential. Not in a cheesy, magic trick, ‘Have some of that’ sort of way. Yes, he’s arrived with an almighty, powerful record. But instead the title refers to his upbringing, the traits that weave their way into his psyche, in turn affecting the music he makes. “There are earthquakes in your life, in the sense that they never stop reverberating in everything that you do,” he starts. “Once those things have happened to you, you’re a changed person. Everything you decide to do in the future is different because of that. Some things you can’t even choose, decisions that you didn’t make… When you’re trying to build yourself as a human being, there’s loads that you have to chisel away.”

A sense of control is what ‘Toph’ is most fixated on. On this debut, he barely lets slip for one second. Songs are refined - although not untouchable - works, plugging distinctly old-school pop songwriting into a time machine of an aesthetic. If this record somehow sounds dated ten years in the future, the rest of the pack will have come a long way.

Still, if a strict discipline defines SOHN’s early work, a few things manage to spill out. Initially he’s quick to dismiss the idea that this album is somehow “autobiographical.” Despite this being his work, undoubtedly songs that relate to his own experiences, he likes to take a standpoint from the outside, peering in. That’s his initial claim. A little later he begins to backtrack. He must be bringing in elements of his own life, surely. “I guess those things are obviously in there… Maybe ‘Paralysed’. Ok and ‘Tempest’. ‘Bloodflows’ is too. Oh. Alright you’ve got me. Yeah maybe I’m talking bullshit.”

He’s still stressing the point. “The thing is, I don’t write in a way which means that I necessarily know what it’s about, until it’s too late. I’m not cutting my vein and spilling out onto paper. I’m more reflecting on myself doing that, in a way. Whatever comes out of my mouth happens. I write kinetically. It starts with words and… I just don’t like to admit that it’s autobiographical!”

When these words supposedly spill out, they arrive in venomous form. ‘Paralysed’ tangles itself in vivid, slightly gross imagery (“twisted intestines” included) that’s somehow related to love. “Nobody can slit my throat / Nobody can leave me lying by the side of the road like you can” is the album’s best lyric, a stop-in-you-your-tracks moment that quite rightly, SOHN admits to being “very, very happy” about when it was apparently blurted out in a stream of consciousness.

“It’s like word association,” he says of his technique. “At the end, it is a map of me when you put 11 songs together. It’s instinctive flashpoints that make sense when put together.”

What makes ‘Tremors’ more than just a neat collection of well-written pop songs is the person behind it. In the beginning, even when his identity wasn’t out in the wide world and cards were firmly close to his chest, he’d speak openly about everything, about how he avoided too many live shows as a “tactic.” Back in March of last year, he said to DIY: “I’ve been told not to look at anything and to go to a room and make music.” Following that, he re-appeared ahead of his first headline show at London’s Electrowerkz in October 2013. The album was finished. His body was shot. A diet of pickles and frankfurters had toppled him.

Several months on and he’s still admitting to being slightly exhausted, “as you can tell”, he adds. “It’s a long period of time where I haven’t quite had a chance to anchor down, pretty much since we last spoke.” Two days back in London with parents for Christmas were rudely interrupted by New Year plans. Jet-setting to Berlin, then LA (where he still stuck to the all-black costume), there’s been zero pause. After this current conversation, he’s off to board a Eurostar where, on his one hour’s worth of free time, he’s just been asked to comp a vocal for a track. “Even as soon as you’re out of one thing, something else is put in front of you, you want to reach for it.” He’s clearly content with being caught up in the cycle of it all.

“I don’t have an idea about what’s going on. Which is great, because I don’t wanna have one.”

“I find the only way to actually deal with it is to not hang on to anything,” he says, indeed looking pretty weightless considering the imminent release date, the countless plans on his shoulders. He doesn’t keep a record of what’s going on. Instagram isn’t his thing (“I’m terrible at that”). Diaries aren’t worth the hassle.

“There was no talk of a schedule, because these songs didn’t exist. I guess there was a little moment of panic once ‘The Wheel’ really kicked in. I realised I didn’t necessarily have a song like that. [But] I found it important not to get caught up in shit, trying to write another version of the same song.”

Instead he’s drifting along to the reverberations of those earthquakes he’s so concerned with, ‘Tremors’ sending him on the right path. “I wasn’t prepared for the fact that it might be a real thing and that I’d suddenly be a real musician that puts out a real album people are actually even bothered about,” he jokes. “But the thing is, I don’t have an idea about what’s going on. Which is great, because I don’t wanna have one.”

Photos: Phil Sharp and Phil Smithies. Originally taken from DIY Weekly. For everything in our end of year coverage, follow The DIY List 2014.

He’s also shared a live version of ‘Rennen’ and a cover of ‘Still Crazy After All These Years.’

Sampha and Maggie Rogers are also headed to Germany in July.

A spectrum that spans from stunning to forgettable.