A whisker away from being festival heavyweights and permanent headliners, Foals took a significant taste of the big time in 2014. Topping Bestival is one thing, but playing the gig of their lives up to now at London’s Alexandra Palace will take some topping. Presuming the follow-up to last year’s ‘Holy Fire’ matches the colossal might of its predecessor, it won’t be long before they’re being whispered about as bill-toppers for Reading & Leeds. Give or take a couple of years, it’s surely an inevitably - they’re seasoned headliners in waiting. A special shout out should go to Yannis Philippakis’ Instagram too, particularly this shot of him getting wrecked at a wedding with two of Alt-J. Jamie Milton

This year Rihanna’s been making a right old habit of passing up on huge pop songs. Perhaps she’s too busy piloting her Boeing #777 from party to party to pay attention, or maybe she’s secretly doing us a sly favour. Grimes caused massive furore with ‘Go’ – her pop-slanted departure from ‘Visions’ – this year and meanwhile Sia burst out from behind the writers room walls with another RiRi reject, ‘Chandelier’. Despite the six studio albums to her name – one of them being this year’s ‘1000 Forms of Fear’ – Sia Furler remains criminally overlooked as a solo artist. To use her own words, she’s most recognisable as a “blonde bob” songwriter. ‘Chandelier’ was the moment when the focus shifted back to Sia. Playing on her own bobbed brand, the accompanying video comprises of a totally bonkers and oddly beautiful piece of one-take choreography, and as for the single itself – one of the biggest and most accomplished pop songs of the year. El Hunt

Ok, comparing Drenge to Kurt 'n co may not have been completely off-limits before this summer's festival appearances, but after it, it was impossible – not only did Eoin and Rory embark on stage at Reading in matching dresses, but the pair's thrashing grunge sounded ABSOLUTELY BLOODY MASSIVE. Fans screaming even before they started, chanting along to every song as if their lives depended on it – 'Fuckabout' an anthem not in waiting, but right now. El Hunt

Fall Out Boy are experts in throwing brilliant curveballs.

A massive tour of the UK and an even bigger stint on the road in America wasn't quite enough to sate Fall Out Boy's appetites; they just had to go and make an album as well. Having released their monumental comeback 'Save Rock And Roll' just eighteen months ago, some would think that'd be enough to keep them content for at least a while, but that seems not so. Not even having a couple of babies could get in the way of the four-piece making more music: not only have they released the massive single 'Centuries' and recorded a track for the soundtrack of Big Hero 6, they've thrown the massive curveball of 'American Beauty / American Pyscho' with a promise of more to come. Now that's what we call productivity. Sarah Jamieson

A rare example of an act stopping at the peak of their powers. This won’t be the last we hear of Darkside, though.

The acclaim that Darkside have drawn in their relatively short existence, with little by way of elaborate press campaigns, is testament to how spectacular their output’s been. Admittedly it helps when you’re fronted by arguably the hottest property in live electronic music, but nevertheless the project between Nicolas Jaar and Dave Harrington really came to a head in 2014. Their debut and perhaps only album ‘Psychic’ in 2013 set up a frantic twelve months of live endeavours with headline sets at Beacons and Bestival’s Big Top the jewels in their UK crown. Darkside was never a project for the long haul and with Jaar set to balance his commitment to label ‘Other People’ with work on his solo follow up to ‘Space Is Only Noise’, and Harrington working on his own solo material, there’s more great music to come in separate forms. As Darkside, their stamp on electronica won’t be forgotten in any hurry. Liam McNeilly

Raury is the kind of artist who’ll either take over the world or go out with an almighty bang. He’s every chance of becoming one of the biggest names out there within a couple of years - or alternatively, he’ll be a lone stranger in a dusky Atlanta bar, some uncovered genius that never had his moment. The audaciousness of this eighteen-year-old is on another planet. He’ll buy ice cream for fans, strip at any given opportunity, and preach to anyone with two sewn-on ears about his plans to change the planet. With the ‘Indigo Child’ project - his first release - moments of brilliance are scattered within madness. There’s nothing else quite like this, and it’s almost tempting to will on Raury in continuing to display his flaws. Jamie Milton

Newly-suited stars, with all eyes on being one of the UK’s biggest bands.

Metronomy are practically seniors now. It's been eight years since 'Pip Paine', and the band's constant improvement and evolution led to 2014 becoming home to their very finest output in fourth full-length, 'Love Letters'. The album dropped in March, giving Joe Mount's troop nine months to mould it into their superb live set and make this year their best. Metronomy's 2014 closed with the gigantic send-off it deserved, playing to ten thousand at London's Alexandra Palace with Courtney Barnett in tow, and the summer included huge headline slots at Field Day and on Glastonbury's Park stage. Will Richards

“Ambient chillstep” craftsman with a sense of humour to boot.

The Mercury-winning moper shook off his sadness this year, revealing a mischievous streak that had otherwise snuck by unnoticed. Through his 1-800 Dinosaur label’s Radio 1 residency, he faked interviews with Burial, spoke to DJ Badger (actually obscenely tall comedian Stephen Merchant) about his love of “the underground scene”, and debuted previously unheard Jamie xx tracks under the pretence of new music from “Simon Tallywhacker”. It wasn’t all school playground giggling though – 1-800 Dinosaur took its club night curation and label release endeavours to new highs too, culminating in a triumphant Warehouse Project takeover, and Blake himself doing a mini-Beyoncé with the sort-of surprise release of new EP ‘200 Press’. Tom Connick

You wait your whole life for an album of Damon Albarn ballads and then it arrives. ‘Everday Robots’ didn’t disappoint. Beautiful, tender and introspective, it was his most revealing and personal work. It also contained a sprightly song about a baby elephant called Mr Tembo (subject to DIY’s greatest quiz ever - see the July 2014 issue). Live he produced something more exuberant and joyful: even a storm and lashing rain couldn’t stop his headline set at Latitude being a glorious success and the year was capped off by two celebratory Royal Albert Hall shows with a cavalcade of stars who have come on his journey with him. These were shows that only further confirmed there’s no one around quite like Damon. Danny Wright

This time last year, no one was really sure what Lower Than Atlantis would come back with. Having retreated back to their hometown of Watford to begin work building their own studio, even they themselves weren't entirely sure what was in store for their fourth album. Yet, just days after writing it, their first single 'Here We Go' hit the airwaves and showed no signs of disappearing. Since then it's been everywhere, filtering its way past our eardrums and burying itself into our brain. Their album followed as an accomplished melding together of their more rough rock tendencies and Mike Duce's newfound talents for pop songwriting, further proving them to be a band at the top of their game. It's all coming up Lower Than Atlantis. Sarah Jamieson 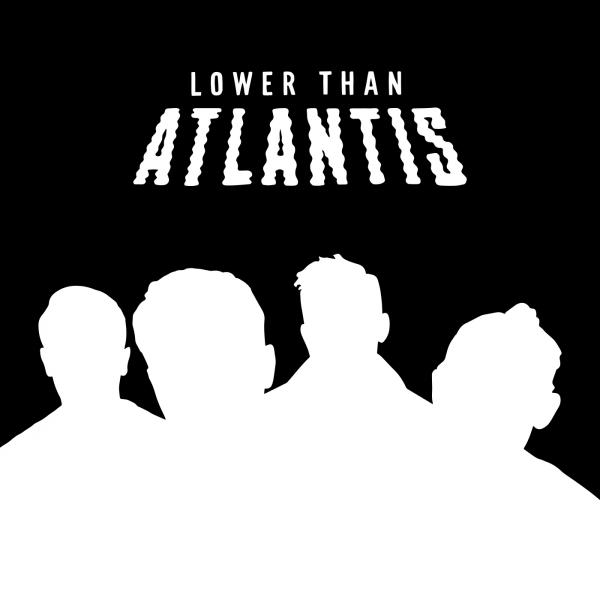 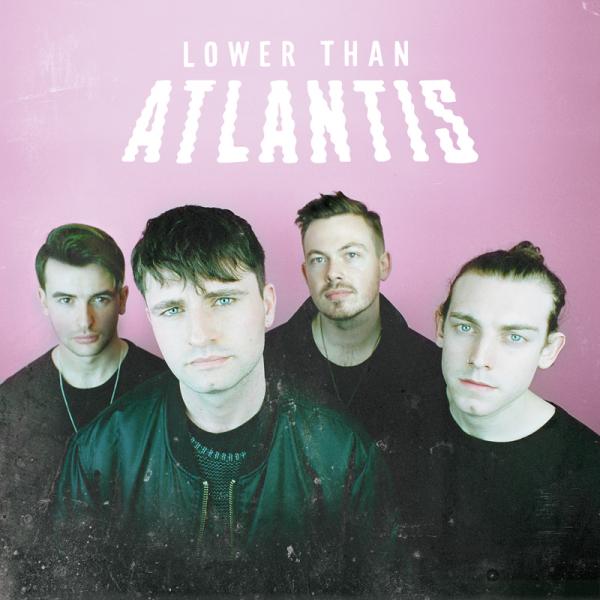 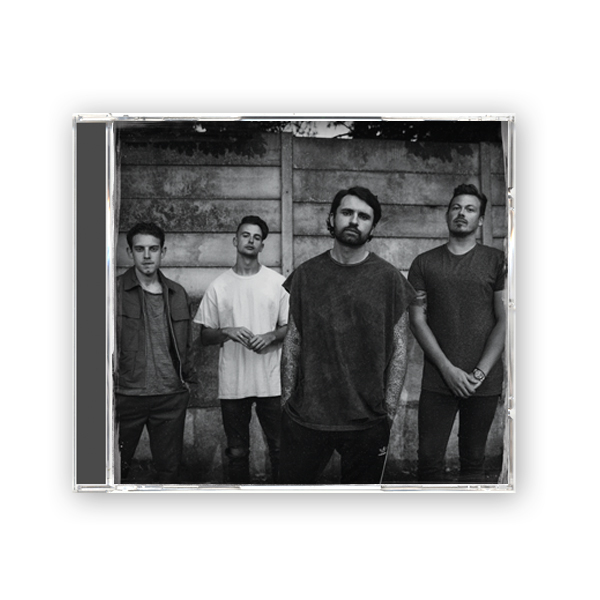 Lower Than Atlantis to ‘take a break’, announce farewell shows

We’re back in Berkshire with Chvrches, VANT, The Vaccines and Lower Than Atlantis.

Lower Than Atlantis return with ‘Work For It’

The track got its first play on Annie Mac’s Radio 1 show.

Lower Than Atlantis reveal new track ‘Get Over It’

The track is the first post-2014’s self-titled LP.