Perfect Pussy are at #21 in The DIY List 2014, a look back at the year’s best albums, one-off shows, festival performances and achievements outside of the norm.

The debut album from quote unquote noise punk band, Perfect Pussy, is many things. There’s brutality, tenderness and ragged confusion. Controversy and clarity. Yet, with every buzzsaw vocal and distorted shudder, vocalist Meredith Graves focuses on a singular ideal with a harrowing, wide-eyed stare. “Since when did we say yes to love?”

Written as a reaction to events that were happening as the band were recording the album, Meredith Graves delivers a guts and all tale of anguish, betrayal and self-doubt. It captures a fleeting moment. A photograph of attempted escape. Love, lost.That was nine months ago.

Since then Perfect Pussy have travelled the world, played festivals to thousands of people and changed more lives than they realise. The songs have become triumphant odes of survival. A calling card to the lost.

2014 has been many things. Yet for Meredith Graves, it’s been about a single idea. “This has been the best year of my life. For the first time, I have a lot to celebrate.”

Formed in 2012 at the request of a movie director and enduring simply because, Perfect Pussy self-released a four track demo ‘I Have Lost All Desire For Feeling’ at the tail end of 2013. Capturing critical attention, the five-piece from Syracuse, New York went on tour almost immediately. Only coming off tour last weekend, their debut album, ‘Say Yes To Love’ now comes with a new message. “The idea that it’s not impossible to do. We had four songs to our name and had only played three shows before everything happened to us. We wrote and recorded our album, everything from start to finish, in one week. Realistically, we should have been the absolute last picked for the team. All we did was step up when our name was called. If five nobodies from nowhere can rise to the occasion, not knowing anything, just holding hands and jumping in with no idea of what was to come, anyone can do it.” 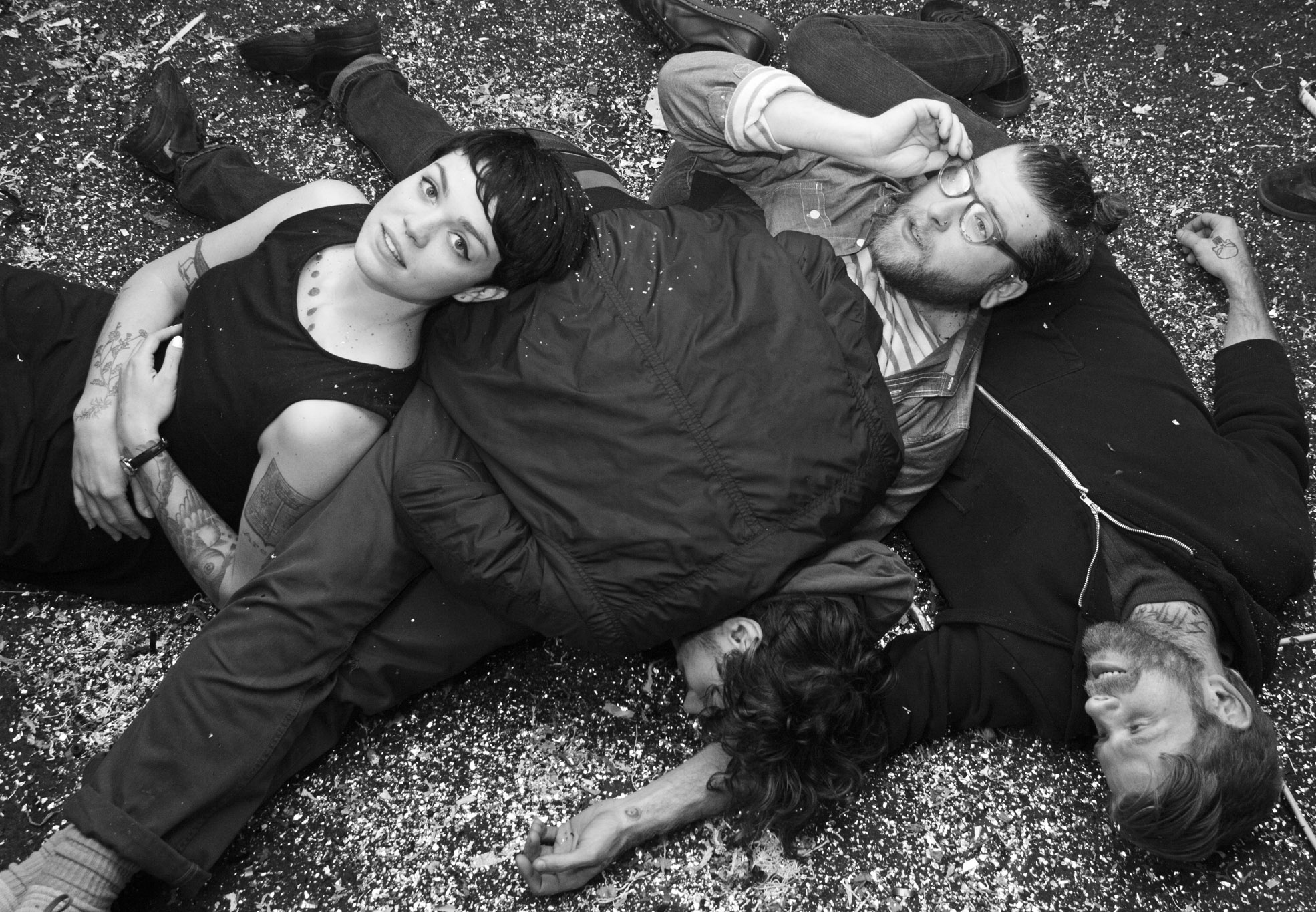 “This has been the best year of my life. For the first time, I have a lot to celebrate.”

It’s this realistic, bullshit free yet eternally optimistic eloquence that’s seen Meredith Graves go from loudmouth outsider to believable voice of reason. The message hasn’t changed, just our willingness to listen. “All I’ve been trying to do this year is make a big space for other people,” she explains.

Her method is as upfront and confrontational as her music. “I can use the space I'm given to point people towards voices that are way more important than mine. Or, if I have the opportunity to voice my own opinions, that I can highlight things other people haven't wanted to, or might not be able to say.” It’s a method the media, who tend to favour the voice of those who don’t have a problem being heard in everyday life, should embrace.

It’s been hard fought, but Meredith Graves has created space.

In it, there are hyper personal discussions about mental health. “My big fear was that I would lose things - opportunities, work, friendships - because people would only read about me being depressed and crazy to the point of being dangerous. Yes, those are real, valid parts of my personality and no, I'm not embarrassed to talk about them, but they certainly aren't all of me. I believe people like me - people who deal with mood disorders in a way that transforms their experience of everyday life - deserve to be seen outside the context of their illness.”

The leap from figuring “no one would ever see or read interviews with me” to becoming a respected voice on issues of inequality and personal strife has, like everything about Perfect Pussy, been a sudden one.

“I understand it as a tremendous responsibility,” Meredith starts. “I didn't want to sing in this band because I think I'm a great punk singer or because I wanted to be famous or considered cool, I did it because I was in a fucking world of hurt.” And that’s what people relate to.

“I always end up talking to kids after shows, giving and getting advice and hugging people ten times in a row so we both feel better. I'm still a tremendously weird and sad person and when people respond to it, they're not just responding to a song- they're responding to me. For a loser loner like me, the idea that I'm making a friend, that I'm sharing an experience with someone, that we might both leave feeling better - that's what I care about.”

But it’s not just the intensely personal that she tackles. Essays on Andrew W.K. and the dispute between Mark Kozelek and The War On Drugs bypass the clickbait potential and offer an intricate dissection of sexism and abuse in the modern age. “The internet is a goddamn cesspool. Ask Anita Sarkeesian, and every other woman who has been doxxed this year alone for speaking out about sexism. As an artist, I feel less safe on the Internet because anyone can show up. Somebody who casually hates me isn't going to pay ten bucks to threaten to rape me to my face; twitter, however, is free.” Her voice is one that throws a spotlight on real issues and offers believable solutions.

And while Perfect Pussy are taking time off to work on individual projects, Meredith has a solo project, a record label and a publisher in the pipeline, this isn’t the end. There’s a re-release of their demo on 12” accompanied by a book, there’s scattered shows in the United States and Australia and there’s this defiant message. “It's not that we have more we need to say, it's just that it doesn't feel 'done' yet. Hopefully we’ll write another record next year. I'm never really sure how long this band will exist for, but I trust that we won't stop until we're absolutely certain we're done.”

And for Meredith Graves, there’s hope. “I'm not embarrassed of or defeated by my past any more, of the different spaces and roles I've occupied, the ways I've been hurt and the times I've failed. The last year has taught me that it all led me here. I am grateful and thankful for everything. I plan to keep writing and hopefully even more ridiculous adventures will come along - they always do.”

'Say Yes To Love' is out now on Captured Tracks. Follow all DIY's end of year coverage here.

Albums, tracks, live performances, funny tweets and fierce rants - all count in The DIY List, our definitive run down of who and what made our 2014.