From the nostalgia of past teenage obsessions to straight up, punch-you-right-in-the-feelings, love songs, Moose Blood certainly know how to tug at the heartstrings of everyone crammed into The Borderline tonight. Whether it’s twenty-somethings who remember how it felt learning all the words to ‘The Sound of Settling’ or teenagers with short hair wearing somebody else’s sweater; Moose Blood will have just about anyone welling up and shouting themselves hoarse.

It’s this accessibility that allows Moose Blood widespread appeal. There’s a Moose Blood song for everyone; a reference to some indie classic that strikes a chord, some trivial encounter from the past that meant so much, a situation that is so familiar there’s nothing to do but fall in love with some small part of them. This is a technique they’ve mastered that is only amplified in a live setting. This isn’t just clever songwriting though; Moose Blood haven’t attempted to catch the attention of aging emo romantics with their croons of listening back to ‘Deja Entendu’ or tried to lull teenage girls into a swoon with tender love songs, they’re just writing about stuff that means something to them. At the end of the day this is what makes them so special live, the intense emotion they pour into every second of every track. Whether it’s in the form of ‘Cherry’; frontman Eddy Brewerton’s enchanting dedication to his young bride or second guitarist/vocalist Mark Osbourne’s ode to his recently deceased father, every song comes from deep within a member of the band and as a result is infectiously empathetic.

This isn’t to say that tonight is a purely sappy affair. Within seconds of opener ‘Pups’ Brewerton is knocked away from his mic by a torrent of stage invaders, ‘Boston’ is barely audible over sing-alongs and ‘Bukowski’ virtually sees more people on top of the crowd than in it. Unperturbed and with a cheeky grin Brewerton is only spurred on by increased jostling on stage. In fact when Moose Blood aren’t looking like they’re on the verge of tears as they pour their heart and soul into slower tracks you’d be hard pressed to find anyone having a better time tonight than they are.

Ending with a riotously and justly demanded encore of ‘Evening Coffee’, the energy of The Borderline is one of adoration. Everyone is engaged and enthralled. Sure it helps that Brewerton is an indie heartthrob in the making, but he’s got the songs to back it up. Ultimately it’s this that makes Moose Blood so much more than just another emo band catering to the simple of needs of gaggles of teenagers but rather the cross-over act destined to claim the widespread appeal of so much more. 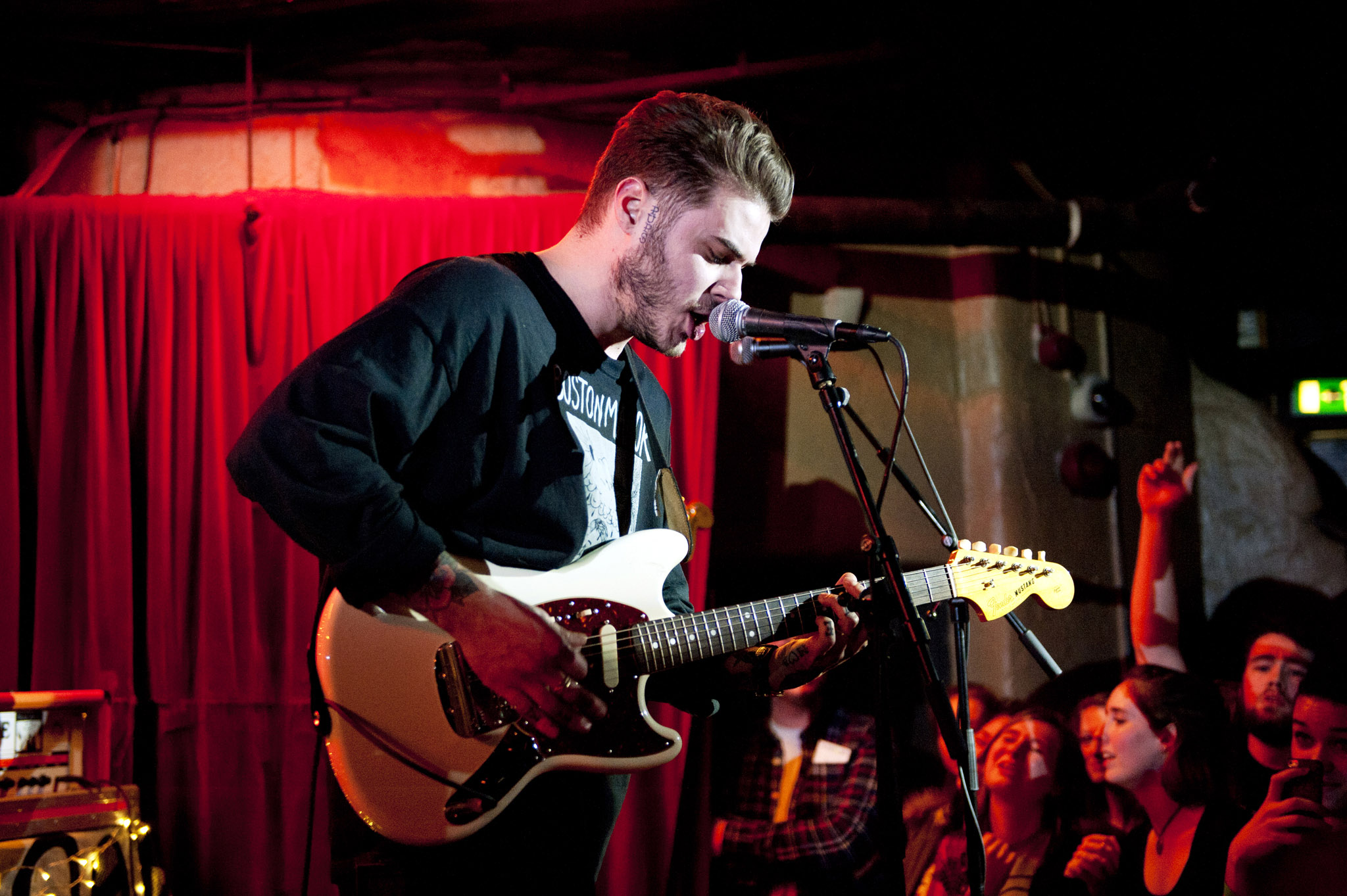 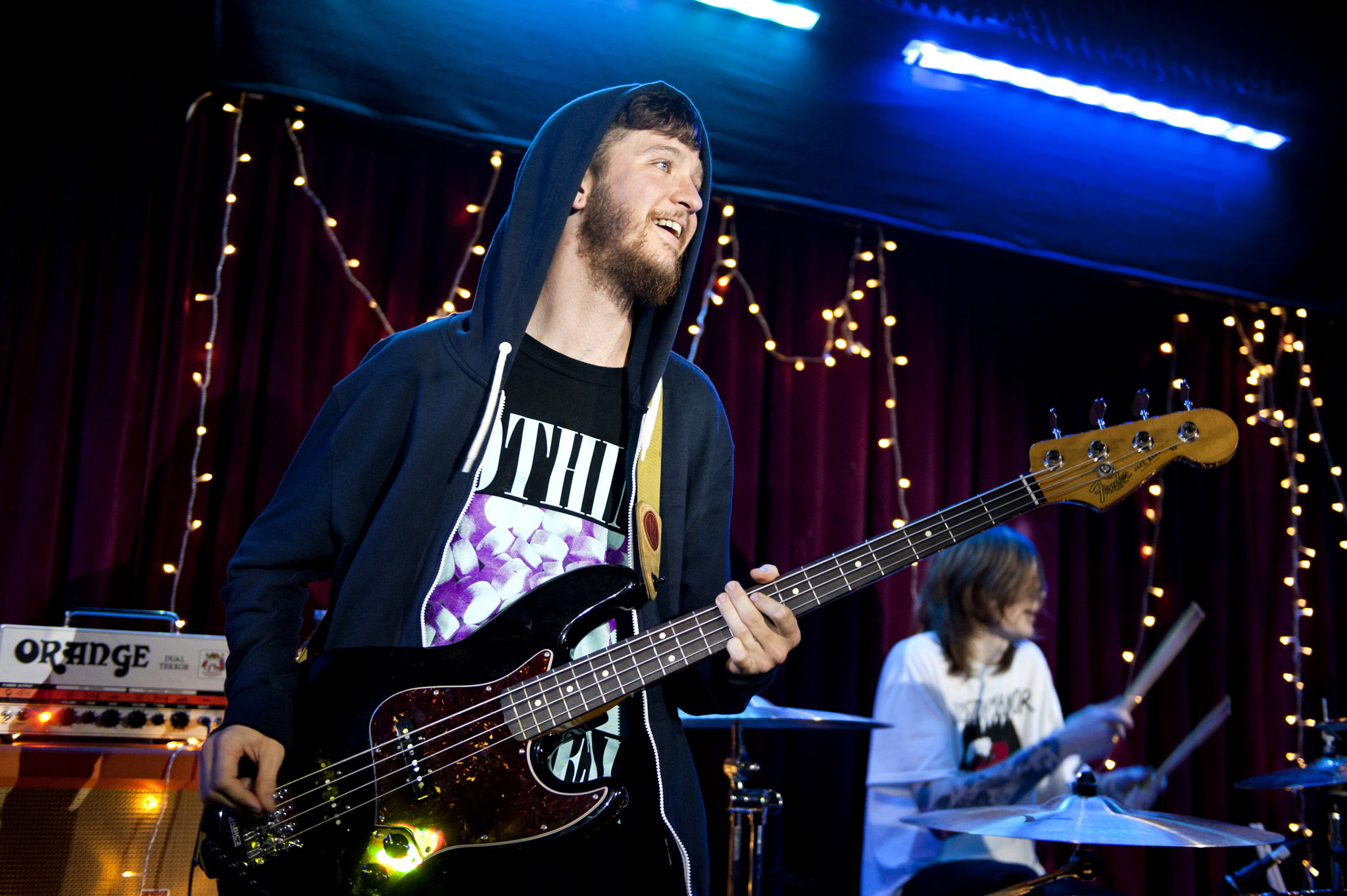 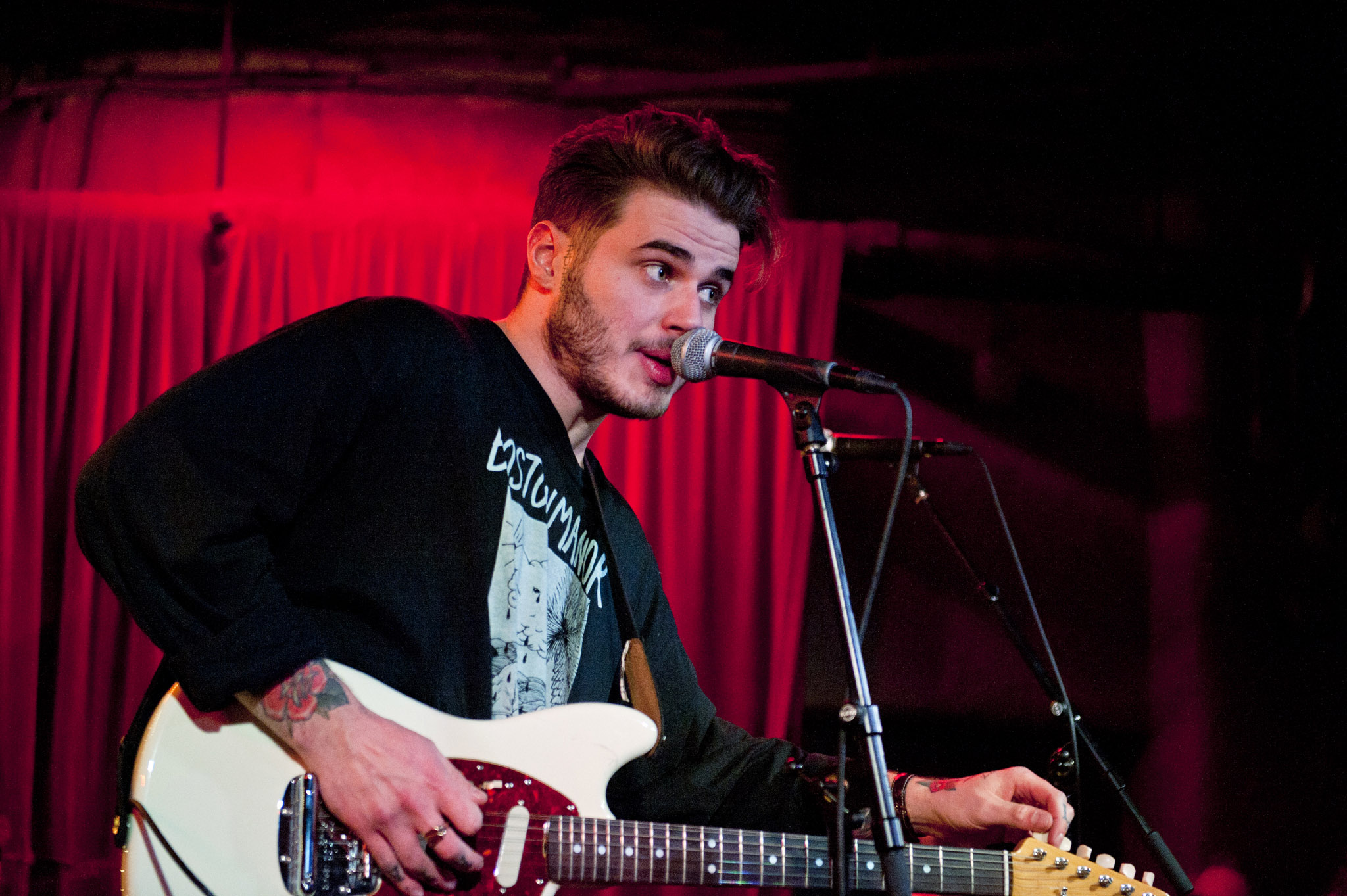 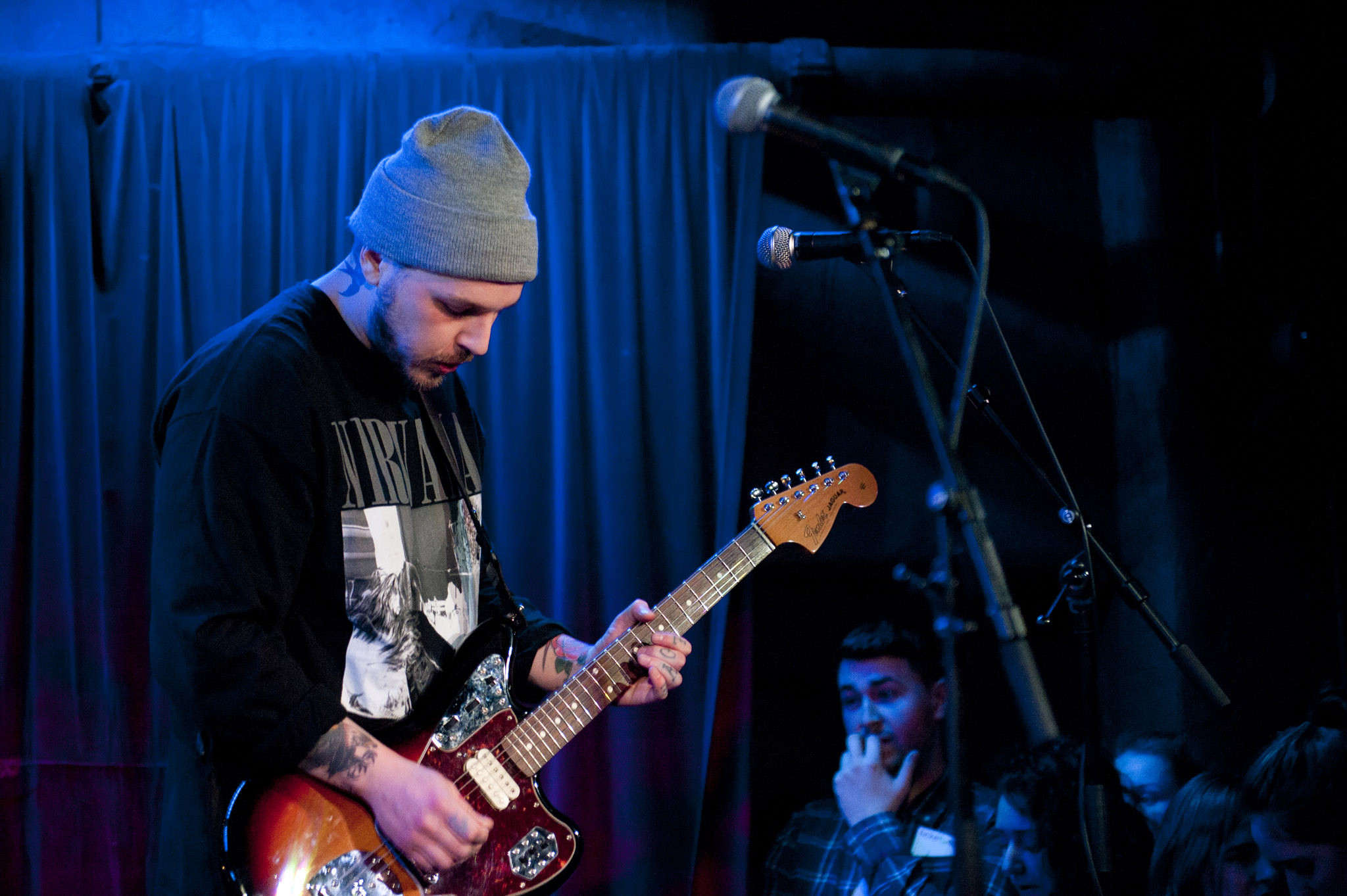 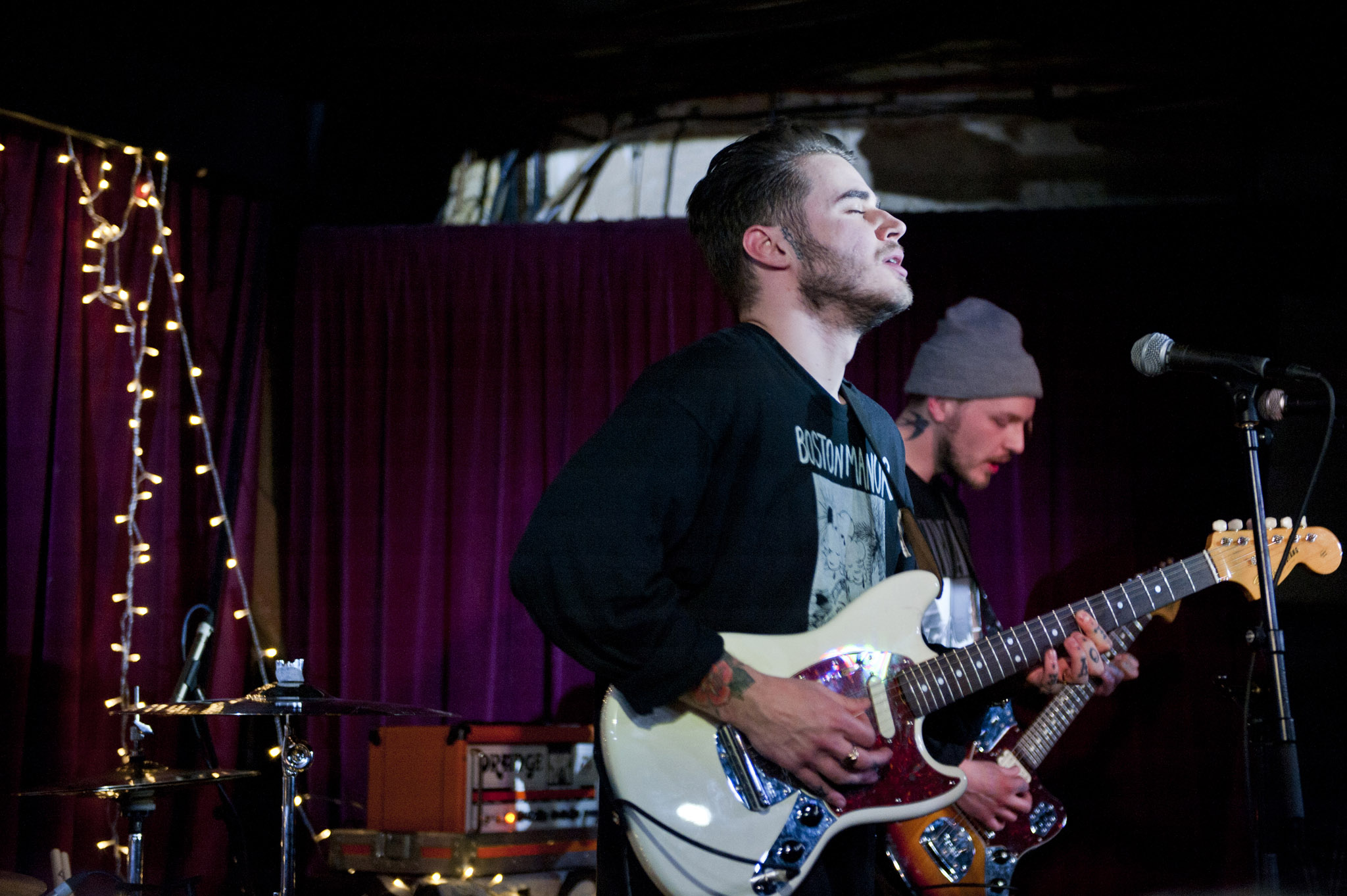 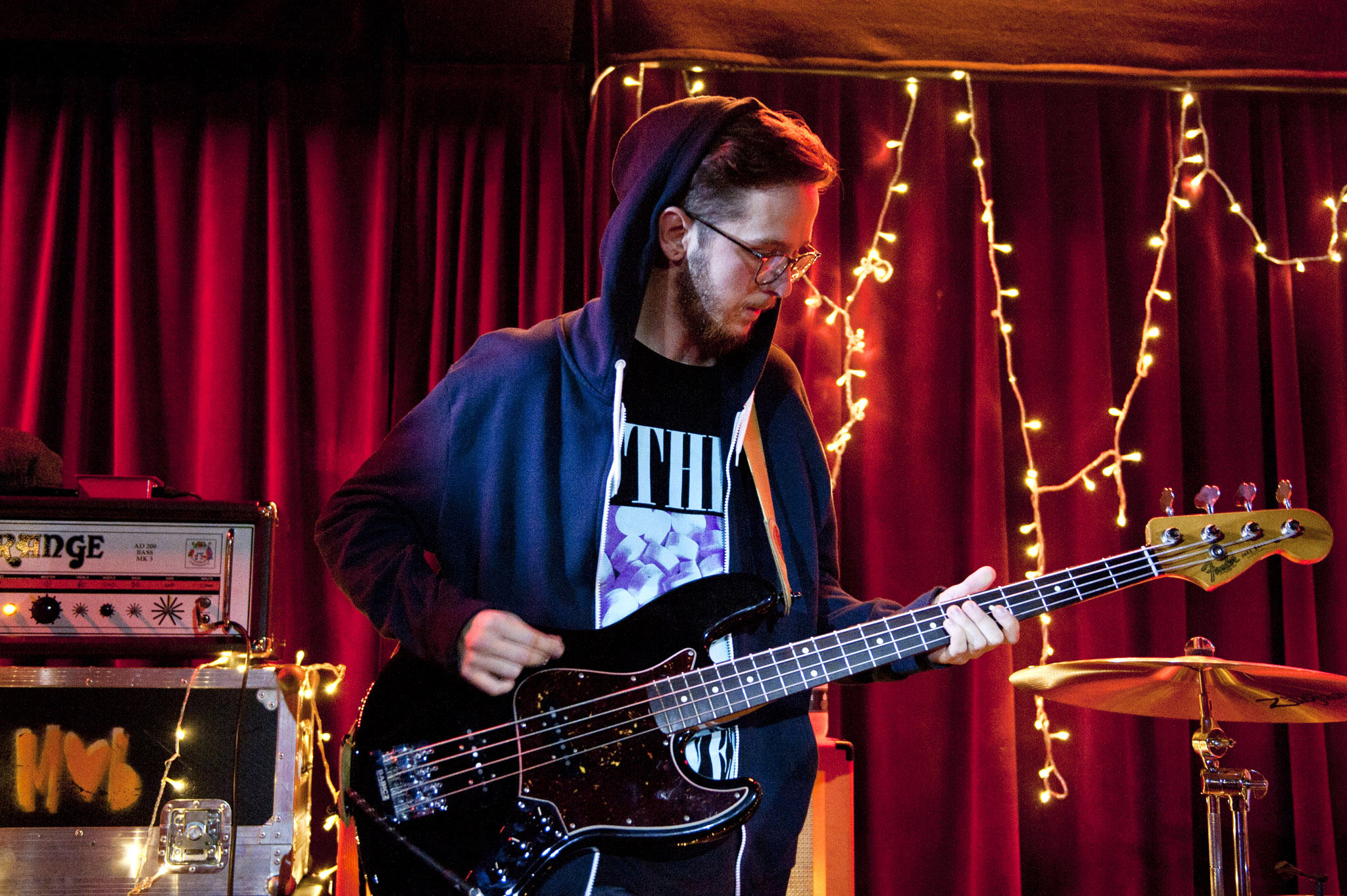 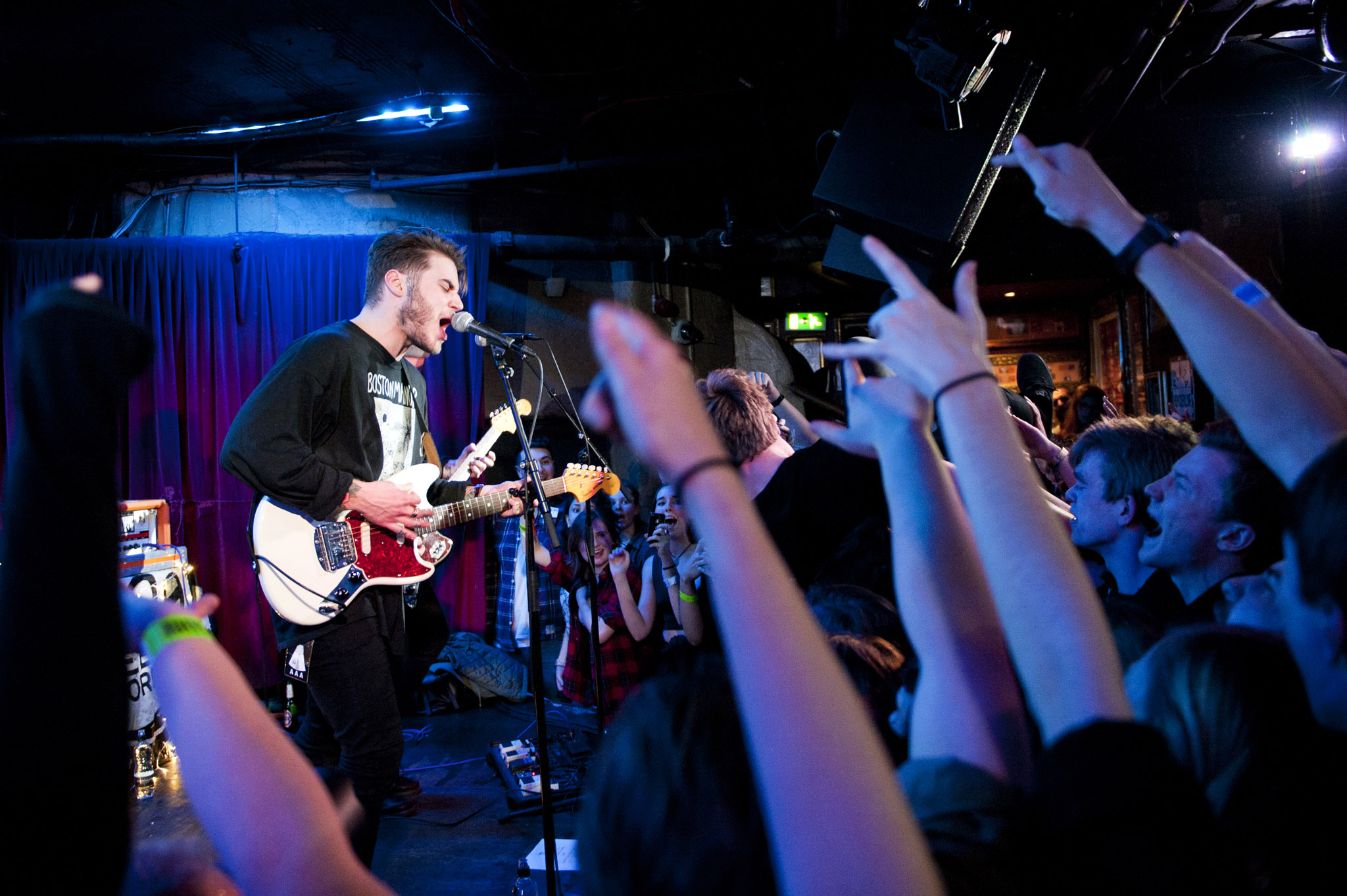 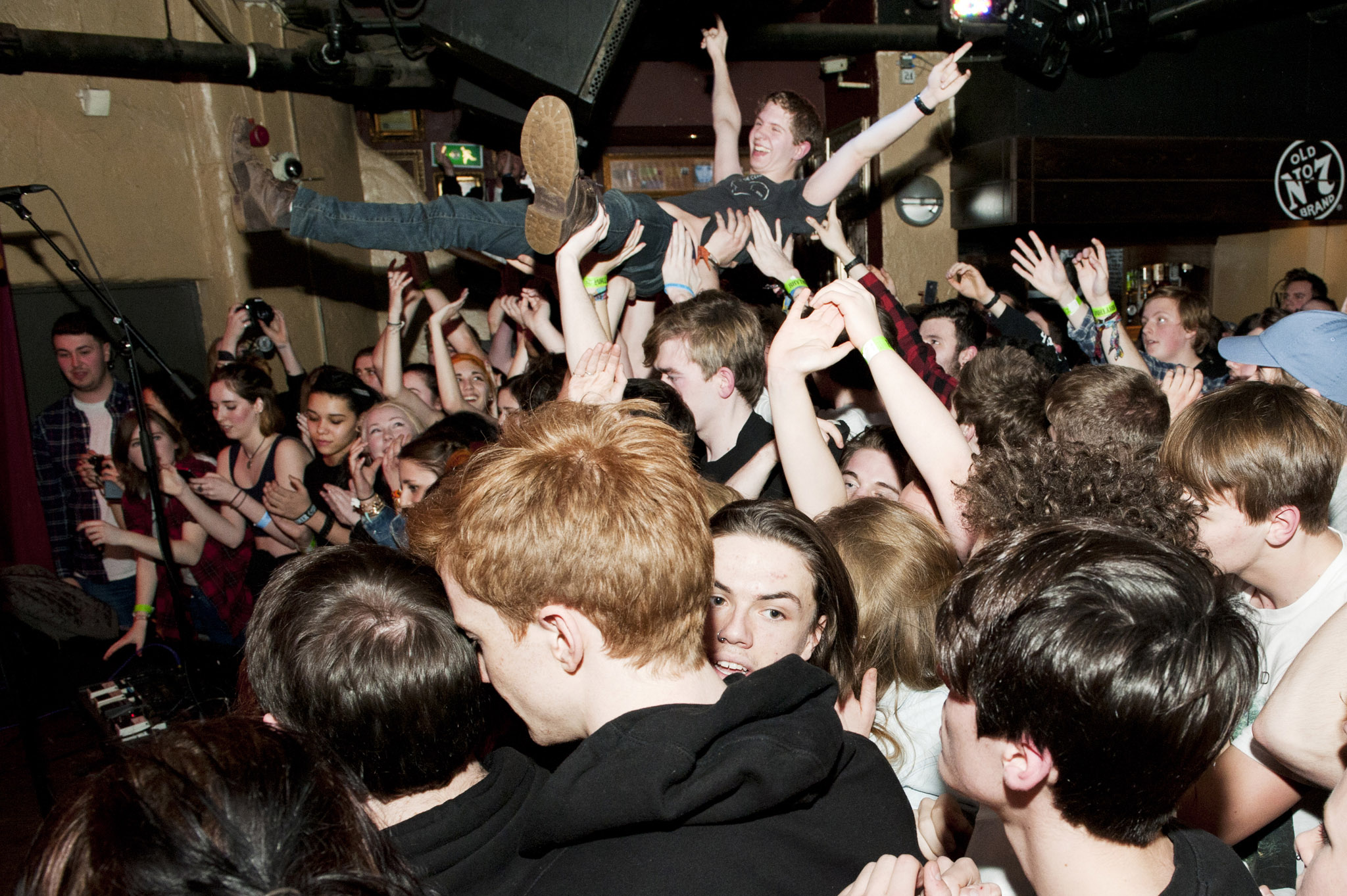