Alex Burey’s been the talk of the town for some time. Back when he was in year seven of school, his house became a de-facto studio for anyone into music. Kids several years above would flock to his bedroom to lay down a track, his dad bringing up cups of tea to music-inclined strangers. A lot’s changed since then - Burey’s since graduated from the esteemed BRIT School, early home of Adele and King Krule to name a couple - but this teen remains on the edge of everyone’s lips.

His early recordings, showcased in debut EP ‘Inside World’, operate on the fringes. There’s hints of Bonobo in ‘Unspoken’’s horn samples, and his softly-softly vocal carries a whimsical, soulful quality. Growing up, Burey’s music taste was slightly skewed. At fifteen, he was already starting his own production inspired by the work of Aphex Twin. A couple of years after that, he began the rock and ska phase that usually comes first in a youngster’s music absorption. Now he cites legends like Scott Walker and Lee Hazlewood - “some of his stuff reminds me of an old man pub, but some of it’s beautiful,” he says.

A couple months on from his debut EP, he’s already detailing out his long-term plan. He wants to be making music well into his fifties, he claims. “So many artists nowadays - everyone’s in love with them for a year. Management and labels nowadays think about things as a one year project,” he says, his own intentions being the complete opposite. “Erykah Badu once replied by kind comments by saying, “that’s nice of you, but it’s completely selfish, the reason I make music,’” he cites, linking this back to his own big ambition.

Are you the kind of guy that’s always been exposed by old records and old musicians?

The music my parents were listening to just remind me of family parties and shit, the typical 80s disco stuff. I’d say I first started properly searching to find other music when I was fifteen, and that was all electronic music, Aphex Twin, Kwes. Two years after that, I got into ska, and now I’m into folk, ‘70s soul music. Scott Walker, a band called Love Is Beautiful. And Lee Hazelwood - some of his stuff reminds me of an old man pub, but some of it’s beautiful.

Were you teaching yourself production while getting into electronic stuff?

Aphex Twin inspired a lot of it. I wanna do side-projects, electronic stuff, because I don’t want any of that to go to waste. I’ve probably got more electronic songs than ones under my own name. But it just doesn’t feel like what I want my own stuff to be about. It’s not as satisfying doing electronic stuff, for some reason. So many people are doing it now. When I make a song now, you can kind of tell that I started off with electronic production - I sit at a computer, loop a sample round and then get a mood off that. If I have ideas, it lets me just get them down rather than waiting for a studio in two weeks. I’m so picky. I’ve literally got twenty songs that could be for my solo stuff, but I go through so many phases of liking different types of music.

I think I’m gonna do one more EP before the album, and then that leaves loads of other songs left over. Which I don’t know what to do with. In my studio there’s no windows, so it’s easy to lose track of time. If I’ve spent the day with my family, I feel less guilty about being in there all night. But if I’m in there all day and night, it drives me a bit mad. It’s like, ‘What have I done?’ But I do feel more creative at night. There was three days where I couldn’t get to sleep, and I made this EP themed on tiredness. It’s so weird when I listen back, you can hear when I was knackered.

Are you the kind of guy to constantly make notes whenever you’re doing anything?

Whenever I have an idea, I get excited and write it down. The next day, I’ll have a different idea and I’ll write that one down! I’m obsessed with buying notepads - so many with so much shit in them. Sometimes I just get a blank page and start writing. At first it’s like, ‘I am writing, I dunno what to write.’ But the stuff that comes out eventually is crazy, you realise what you’re worrying about.

Did you have initial industry interest before stepping away?

I wrote a song for someone else who was signed to Sony. I started meeting people through that, and I didn’t want to be signed on the basis of being a writer for someone else. I don’t like the whole idea of sessions. Unless I know the person, it’s fucking scary. Having a make this piece that you’re happy with, on the spot. Make some magic in a day. Making music on my own is such a different process, and I’d get nervous with other people in the room, do the easiest chords on the spot. But when it’s my mates who also do music, we can just chill. Like Shivum Sharma. We met at school and he’s like my best mate. We knew each other for a few days, went into a piano room, wrote a song and it worked so perfectly. We both showed each other loads of music, so I respect his taste.

Alex Burey's debut EP 'Inside World' is out now. Taken from the February issue of DIY, out now. 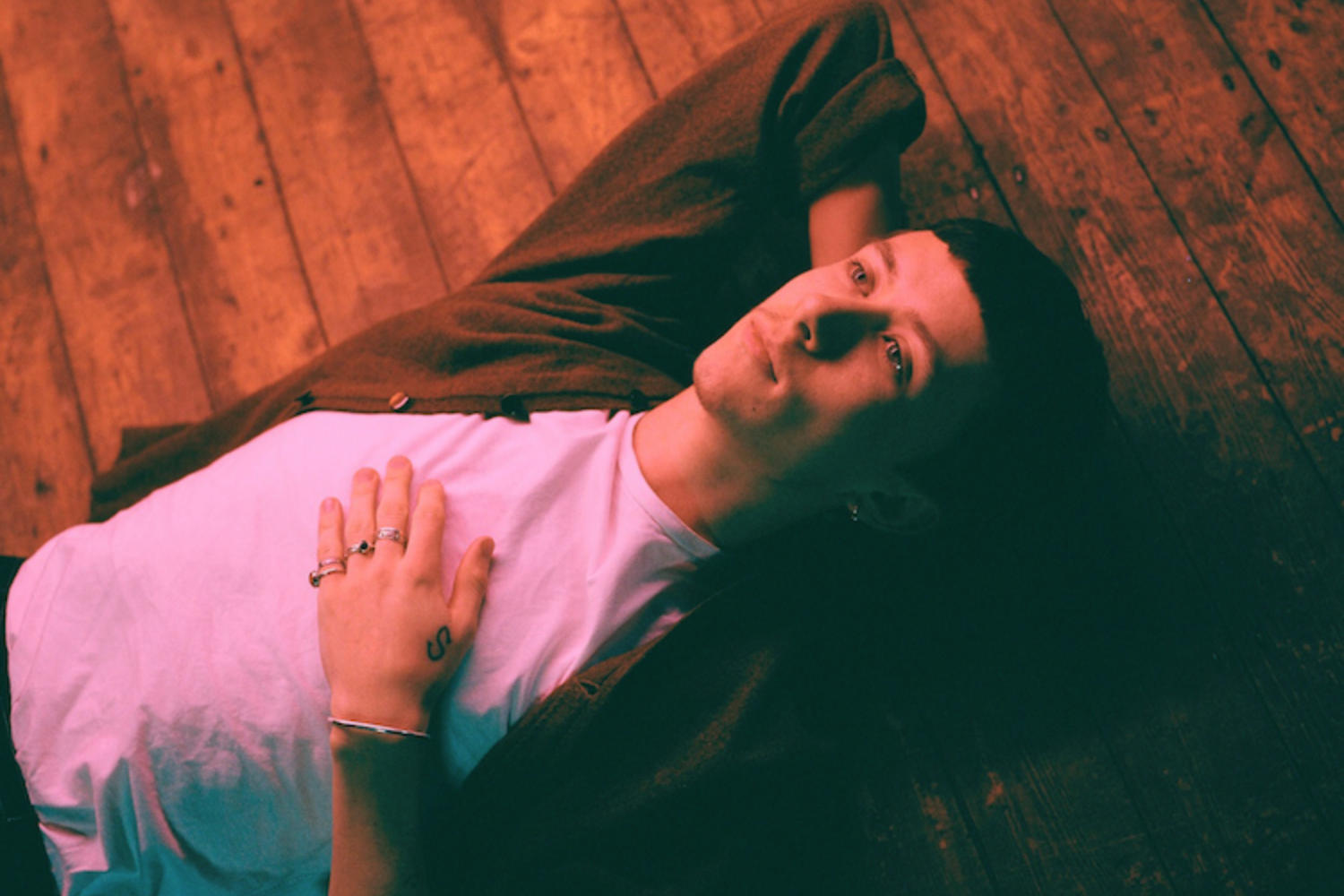 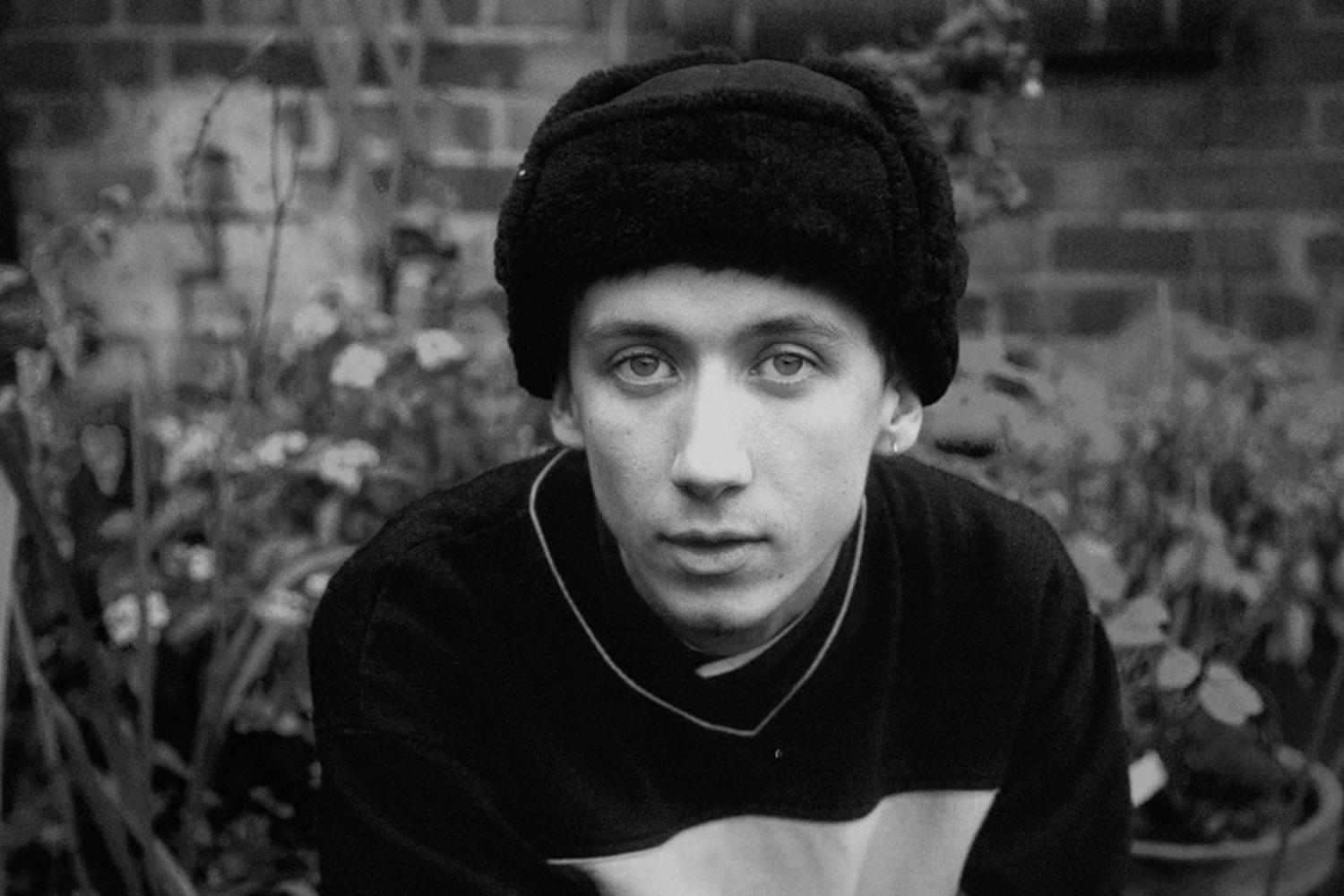 Burey’s second release is out on his own label Pling Recordings this June.