For a long time, it’s looked like Marina and the Diamonds would be making her live debut over on the other side of the world. Luckily for fans on this side of the Atlantic, that’s not strictly true. That’s right: Marina is going to be playing a show in the UK soon, and it’s going to be intimate. Like, properly teeny tiny.

Ahead of her visit over to the US for a slew of festivals – SXSW and Coachella just being a couple of them - she’ll be taking to the stage for a special DIY Presents show at Oslo in Hackney, London on 11th March.

“I’m equal parts nervous and excited because it really is my first show back!” she told DIY last week. “I’m just like, ‘Holy shit!’ The main thing is creating an atmosphere that’s really welcoming, both from the audience and me. It’s gonna be a trip! It’s gonna be really amazing to be in such a small space with so many hardcore fans.”

— Marina and the Diamonds

As for finally getting to perform tracks from her new album 'FROOT' live, safe to say she's looking forward to the opportunity. “I am thoroughly excited!” she laughs. “I actually haven't performed in two years: I took a proper break which I haven't done before in my career so it's going to be really interesting to go back with an album which is so different sonically, and with a different frame of mind. One of the main aims of the album was to sound like a band. I said to my producer, 'I want you to produce me as if I'm a band'. I always felt frustrated that the sound that I live when I perform live, and the energy, was never translated onto record so now I'm really excited to showcase these songs in a different way.”

DIY will be there every step of the way, bringing exclusive behind-the-scenes gossip, photos, reports and awesome stuff as it happens, so that anyone who can't be there in person will still get to join in the fun. Tickets for the show will be available from Friday 27th February priced £16.50 from Marina's website here.

And that's not the only major DIY-related Marina and the Diamonds fun we're planning either, but more on that 'later'... 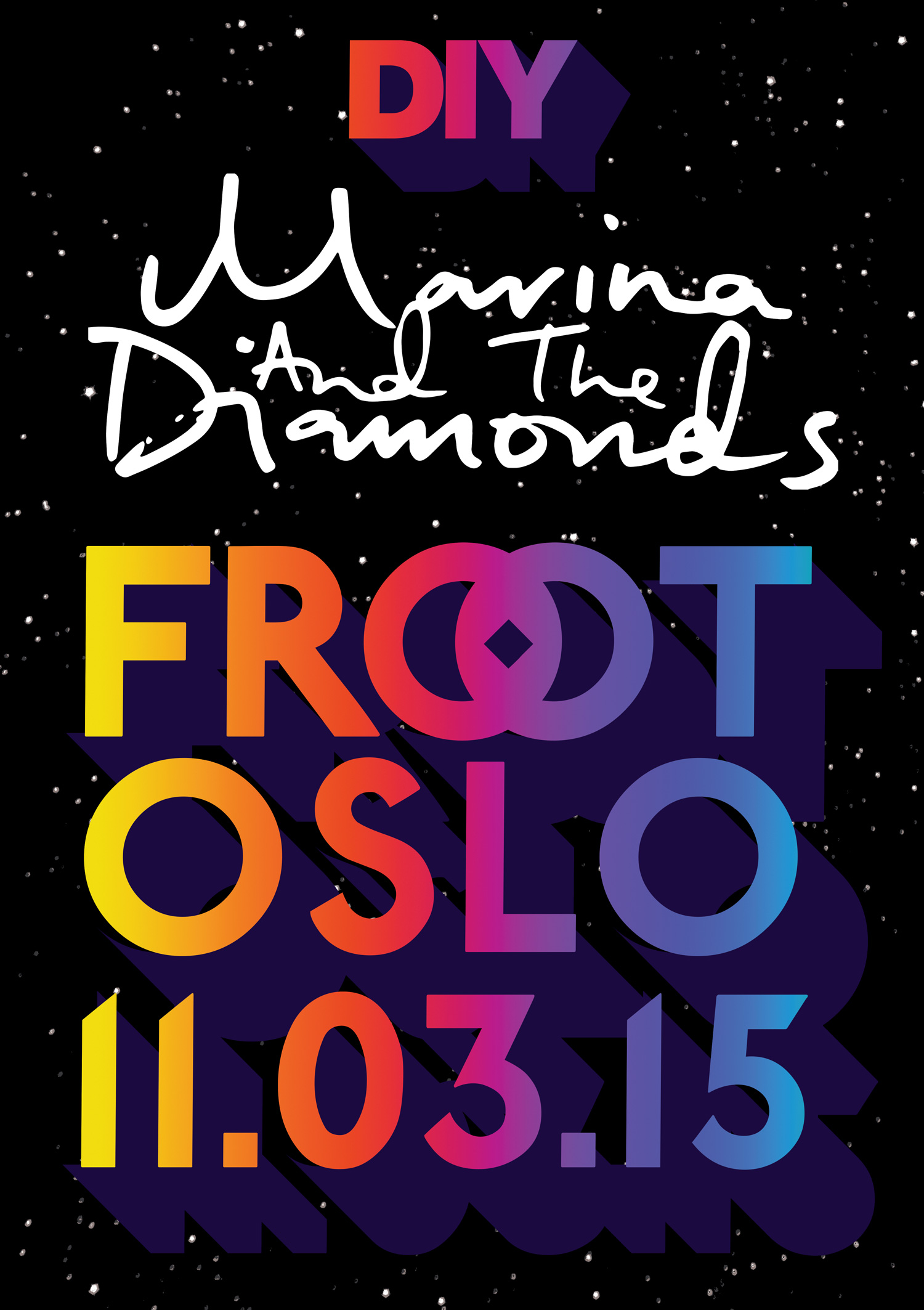