It’s that time again. Reading and Leeds have unveiled their biggest announcement yet, with The Libertines heading things up.

Having already confirmed both Metallica and Mumford and Sons as two of this year’s headliners, the four-piece - who are currently working on a follow-up to their 2004 self-titled record - are joining the ranks as weekender’s final bill-topper.

Elsewhere on the bill, you’ll find the likes of Django Django, Bring Me The Horizon, The Maccabees and Kendrick Lamar, who have all been confirmed to play at this year’s edition of the August Bank Holiday fest.

Peace, Everything Everything, The Districts, Swim Deep, Panic! At The Disco, Glass Animals, Alvvays, Tyler The Creator, Limp Bizkit, Jamie XX, Azealia Banks, and Marmozets are also amongst the new acts confirmed to appear.

The full list of new additions - which join the previously confirmed Bastille, Royal Blood, Jamie T and Run The Jewels - is as follows. 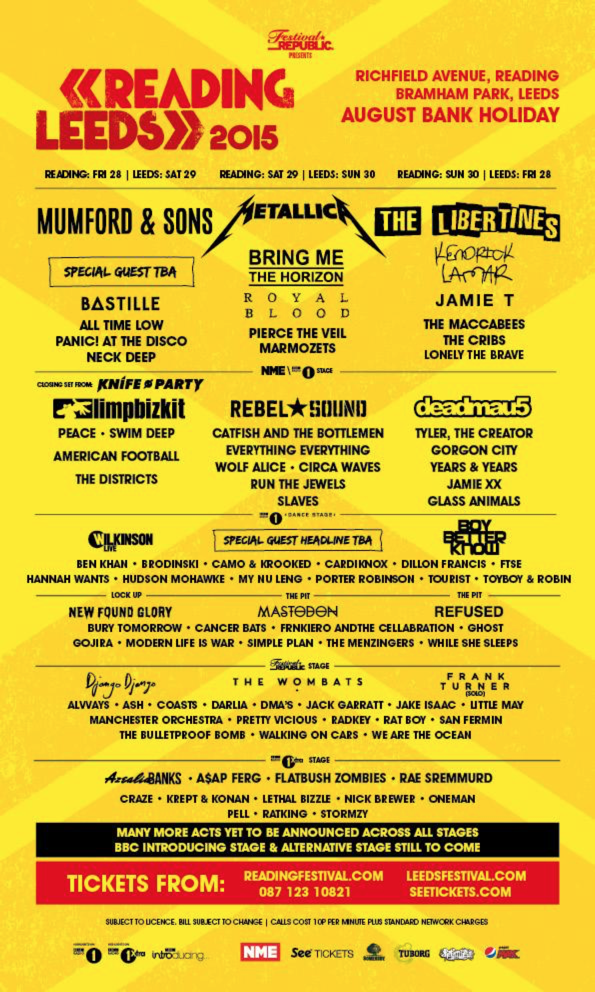