Antrepidation. You might not have heard the term - in fact, we may have made it up - but you’ve probably felt it. It’s those butterflies of anticipation and trepidation in the pit of your stomach when a band you love is coming back. It’s when that band re-emerges from the blackness of the studio, blinking and rubbing their eyes at the sun, with their new album in hand. But never mind the sandstorm-hype in the media, or the band’s indifference because they’re-making-music-for-themselves-and-if-anyone-else-likes-it-that’s-a-bonus - will you love the album? The greater an artist’s body of work is – sure, the more you anticipate their new ventures – but with that, there’s the cold dread it’ll be a dead dud. Should you have bundled them back into the studio and thrown away the key?

“Four albums in is a long time,” states Duncan Wallis, the frontman of returning Manchester popologists Dutch Uncles. “We know it’s a long time. We feel like it’s four albums, and I think we want to come across as more mature and more relaxed about doing things. But then again, to say that defeats the whole notion of being like that! Which is kinda where the whole album title comes from; ‘O Shudder’ – it makes me cringe to think we’re trying to make a mature statement, but we are.”

So it’s not about sex? With tracks like ‘In N Out’ and ‘Babymaking’, Dutch Uncles are, erm, up against the wall. “A lot of the album’s about sex this time,” confesses Duncan. “I had it on the brain. For example the song ‘Drips’ is all about getting the chance to re-do a sexy fumble, but the idea of getting the drips at the end of the sex dream is a bit of ‘well, be careful what you wish for’.”

Seeing as Dutch Uncles’ ambition is to “make [their] dads proud”, despite the album’s bawdy humour, they might just get away with it. In the same way that Roald Dahl can smuggle barbaric murder into bedtime stories about chocolate factories, Dutch Uncles’ dancefloor dynamite deal with death and incest. “That was an idea when we first started Dutch Uncles,” states Duncan. “The idea that it would be a bit bouncy, but I would be a bit sick with the lyrics.”

For any dads still reading, bass player Robin Richards is the McCartney to Duncan’s Lennon. “If there was a song that sounded particularly happy, then Duncan would try and do the complete opposite.”

“I don’t know why I did that,” frowns Duncan. “We looked at the meaning of Dutch Uncles, where people basically criticise others to educate them. But I think nowadays – with the newer material – if it’s dark, it’s just the soul, baby!” 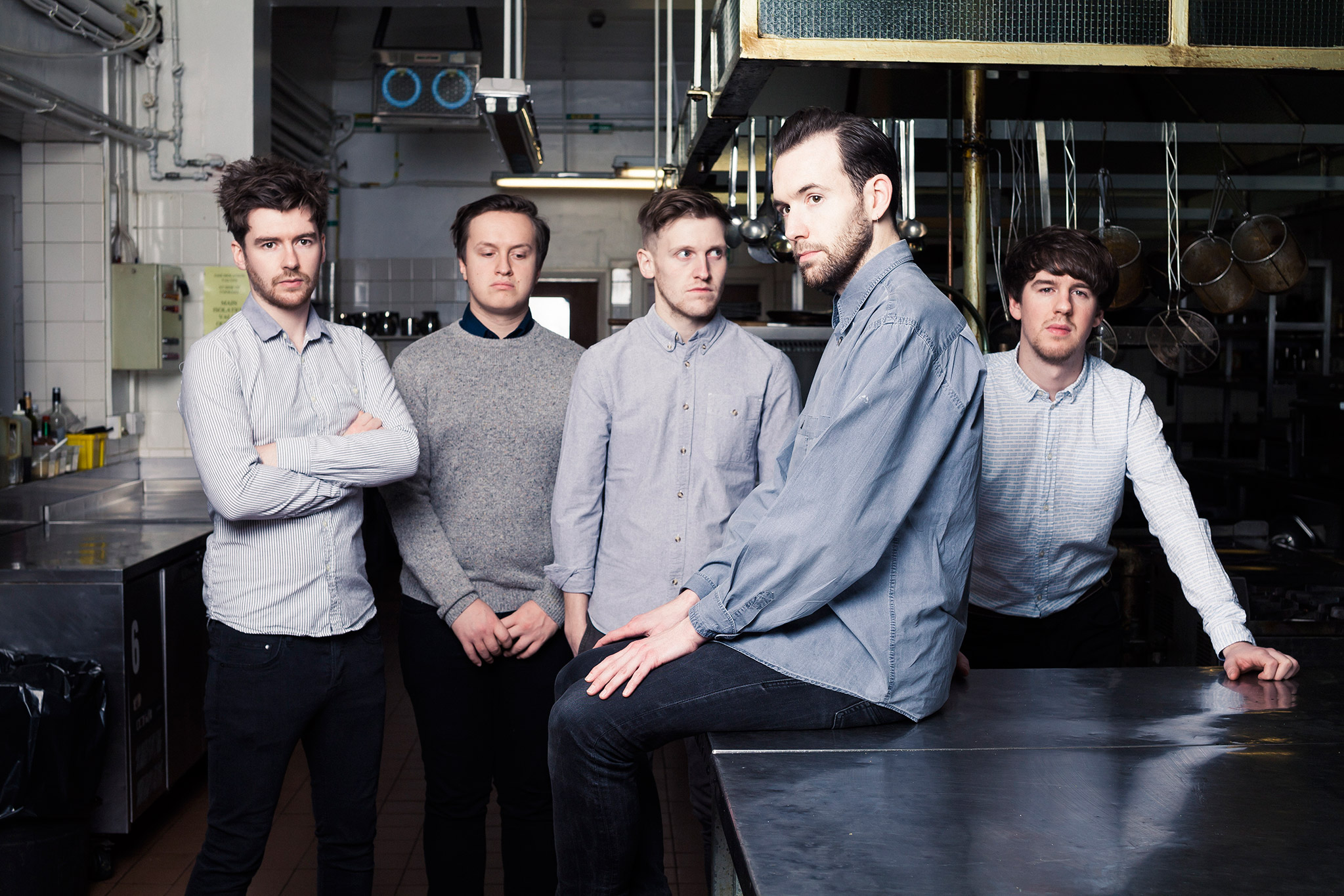 Dutch Uncles aren’t making life easy for themselves. From their self-titled debut to ‘Cadenza’ to ‘Out of Touch in the Wild’ – picking up fans such as the godfather of minimalism Steve Reich and pop-smattered emo-kids Paramore - Manchester’s maestros of minimalist-opuses have set the bar of expectations dizzyingly high.

But no matter how high the expectations, Dutch Uncles pole-vault over them. The florescent orchestral swarm of ‘Babymaking’ kicks ‘O Shudder’ into life, displaying all of their joie de vivre at its classiest. Four albums in, you’d forgive a band to indulge in their signature sound. Not Dutch Uncles.

Being the magpie-minds they are, Robin has plundered his music library - from Kate Bush to Japan to Stravinsky - to unlock new doors in his songwriting. Duncan, meanwhile, has been studying John Cooper Clark and Ian Dury for his frontman showmanship. But don’t expect Dutch Uncles to do a Sam Smith anytime soon. “Those styles don’t come across on the album, because I didn’t want to try and emulate them whatsoever.”

For Duncan to copy-cat such alpha-males of the flamboyant frontman game would be selling ‘O Shudder’ short. In Duncan Wallis, we have one of the most electrifying live performers in action right now. “They’re gifted with having very gritty, natural voices,” credits Duncan. “I feel like I was being very tight on the last album, and soft, and safe, and I didn’t want to worry about being complementary to the music this time.”

While many an artist will insist they don’t care what people think about their music – that they only make music for themselves - Dutch Uncles aren’t afraid to admit they read their own reviews. “We know we shouldn’t, but we still will.”

“A lot of the album’s about sex this time.”

After four albums, six years of grinding graft, in the weeks leading up to an album’s release, it only takes one crusty critic to puncture the parade - and they can’t do anything about it. “That was a very bad day,” Duncan laughs, recalling a scathing review of their second full-length, ‘Cadenza’. “I won’t say what magazine it was, but it was written like a one out of ten. It was given a five out of ten, which was a bit annoying, because it just meant people wouldn’t even read the review. The opening line of that review was ‘shut up about time signatures!’.”

And their response? Release a pop song about it.

But we’re not talking Frankee/Eamon’s pop spat. Dutch Uncles are far too smart for that: they smuggle their dark lyrics in a Trojan horse of infectious pop, so it would only make sense to respond with a cover of Grace Jones’ ‘Slave to the Atypical Rhythm’. Not only did it fight the good fight for Record Store Day in 2013; it was a middle finger up to the naysayers to ‘Cadenza’. “That’s why we did that song,” Robin grins, referring to its myriad time signatures. “It’s a kind of pisstake.”

But Dutch Uncles are one of the few bands to take their criticism on as constructive. “People said we sounded like Hot Chip. And at times, I have to agree - but at other times, I was annoyed at myself for almost whispering some of those songs. I wasn’t opening up my voice enough.”

Thanks to advice from fellow frontman, Manchester citizen and tourmate Jonathan Higgs from Everything Everything, Duncan realised the best remedy for this. “He said we sound best when we’re really trying to sing loud,” recalls Duncan, “and I really wanted to try and get that out on the record more.” He pinpoints ‘Face In’, the single from Dutch Uncles’ 2009 self-titled debut that propped them firmly on the map. “That’s when I bellow out, and that’s when we sound like a rock band for three minutes, as opposed to new wave math-pop geeks. I wanted to worry less about being in tune all the time.”

This time round, it only seems fair that Dutch Uncles should have a voice. If they had our desks for the week, what would Dutch Uncles write about ‘O Shudder’? “I’d probably lie about the meaning of every song, so everyone’s left on the other foot; they’d have to figure out what they like about every song and what they think it’s about.”

Taken from the March issue of DIY, out now. Dutch Uncles’ new album ‘O Shudder’ is out now via Memphis Industries. Dutch Uncles get cinematic in the new video for ‘Streetlight’

Their album ‘Big Balloon’ came out in February. Vocalist Duncan Wallis gets his skate on alongside Stealing Sheep. It’s the latest single from their upcoming album ‘Big Balloon’.