(Edit: turns out they confirmed the BBC Radio 1 play on Facebook this week, ‘Believe’ will be played at 8pm on Monday night.)

Meanwhile, fans were emailed this evening about a tiny London gig. According to the newsletter, the band are “extremely eager to get out and play the new material live”, so will be taking to the relatively intimate confines of East London venue Oslo on Monday evening (9th March).

Tickets for the gig will be available via the link sent to fans from 9am Monday morning (no, ticket touts, we're not letting you know where you can get them from - Ed). 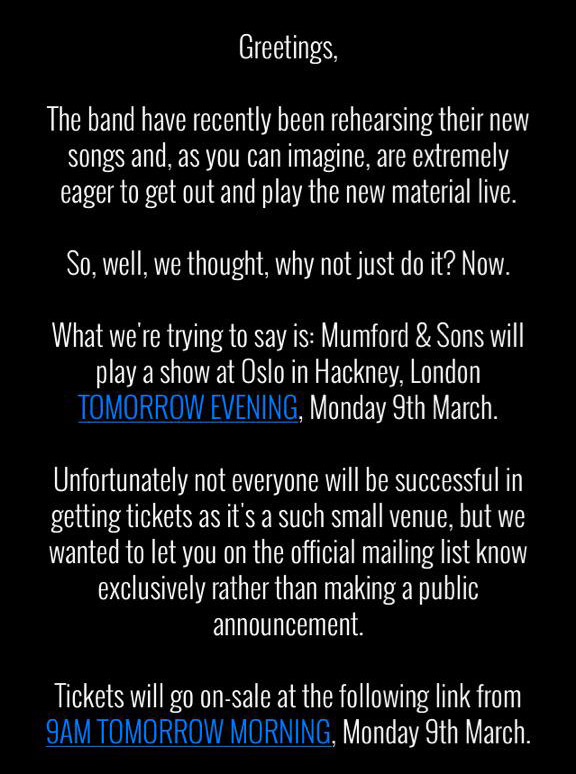 ‘Wilder Mind’, recorded with James Ford in London and partly written at Aaron Dessner’s garage studio in Brooklyn, will be released on 5th May.

Mumford & Sons have been announced as headliners for this year's Reading & Leeds festival, and are also set to appear at Bilbao BBK Live, NOS Alive, Bonnaroo, and their own Gentlemen of the Road dates.