Oscar Scheller is just as likely to be glued to a screen or in the doldrums as the rest of us, but his sunny-aesthetic pop brings a new perspective. By the close of his headline set at DIY’s Hello 2015 show, beaming smiles are replicated from stage to crowd. The songs he sports don’t glaze over sad stuff and nasty reality, but the ‘Daffodil Days’ are near - Oscar wants the world to know.

Given his history, it’s mad that it’s taken so long for this North Londoner to find the spotlight. Now signed to Wichita, for the past couple of years he’s been uploading quick-witted pop songs online, progression marking every move. But beyond that, his old band had an EP produced by near-neighbour and PC Music head A. G. Cook, Scheller penned a song for MKS that lost out to Dev Hynes, and he found solace from rejection in various dub-inspired side-projects. The guy’s been around - only now are heads truly beginning to turn. “I guess there’s a lot of R&B-infused electronic stuff that’s super popular. It ticks boxes and it’s sad and sexy. The music I’m making - I don’t think you could call it sad and sexy,” he says, trying to explain 2k15 trends and blog hype. “I don’t really understand that world. I don’t think I ever will.” 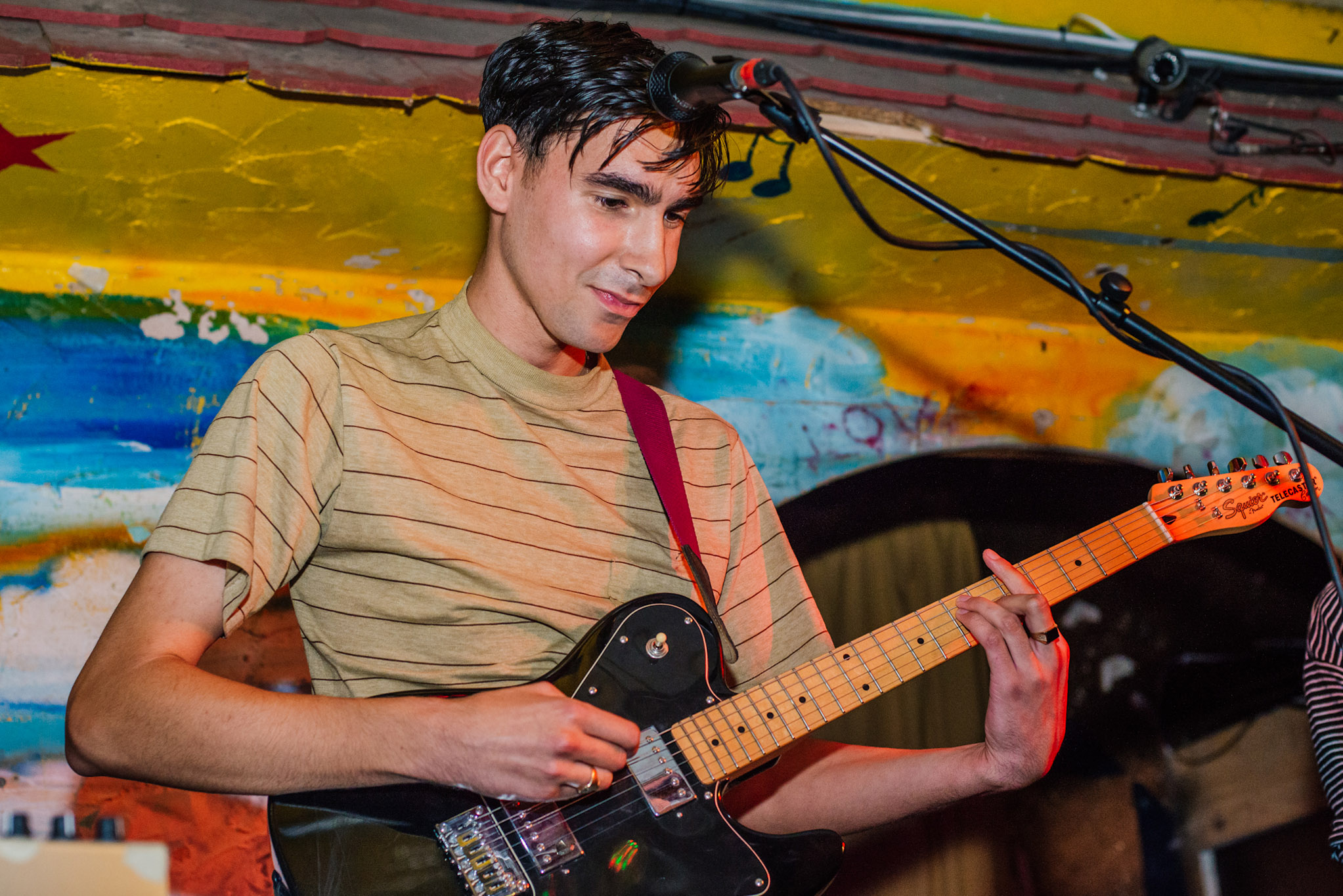 Don’t label him old fashioned, but Oscar has a thing or two to say about this generation’s screen-tapping default mode. Part of his university dissertation was on “how spiritually bereft the 21st century is”. He’s not alone in digesting music with scatterbrained, everything-at-once enthusiasm. Pretty much everyone in their twenties has ten tabs open and a Spotify playlist at the ready. “It’s a Tinder ethos to life - you’re trying everything. What comes with that is a weird sadness. People who are connected are also alone,” he reflects.

There’s a couple of solutions to that. First is the songs Scheller’s put to his name, which tackle heavy topics with a dayglow, anthemic mood swing. When it comes to Oscar’s own personal means of escape from the online world, he’ll always opt for music (“creation’s important - it levels you and it brings you back to real things happening in real time”) and meditation (“it lets you realise what’s important and it gets rid of that anxious adrenaline and the rapid-paced feeling of keeping up with culture”). One thing’s for certain - there needs to be an escape. “It’s so quick, the turnover. There’s a trend, another article, another Vine,” he lists off. Or another buzz act - but Oscar’s got more behind his wings than everyday hype. His music doesn’t sit in one defined era or bracket, leaving him free to go just about everywhere, be it meditative dub or click-happy, perky pop. The options are limitless.

Now the wheels are turning, Scheller’s referring to a couple of trusty routines in order to stay grounded. “Scrubbing the kitchen floor” and “picking up your own dog shit” are his two picks. “My dog is the best thing in the world. He looks stoned and dopey most of the time. That’s why dogs are so good for humans. They’re so basic, in a way. If only we all lived like dogs. They don’t have to check Facebook or anything.”

Photos: Emma Swann and Carolina Faruolo. Oscar’s ‘Daffodil Days’ / ’Caramel Brown’ is released via Wichita Recordings. Oscar will play Live at Leeds (1st-4th May) and The Great Escape (14th-16th May), where DIY is an official media partner. Tickets are on sale now. Visit diymag.com/presents for more information. 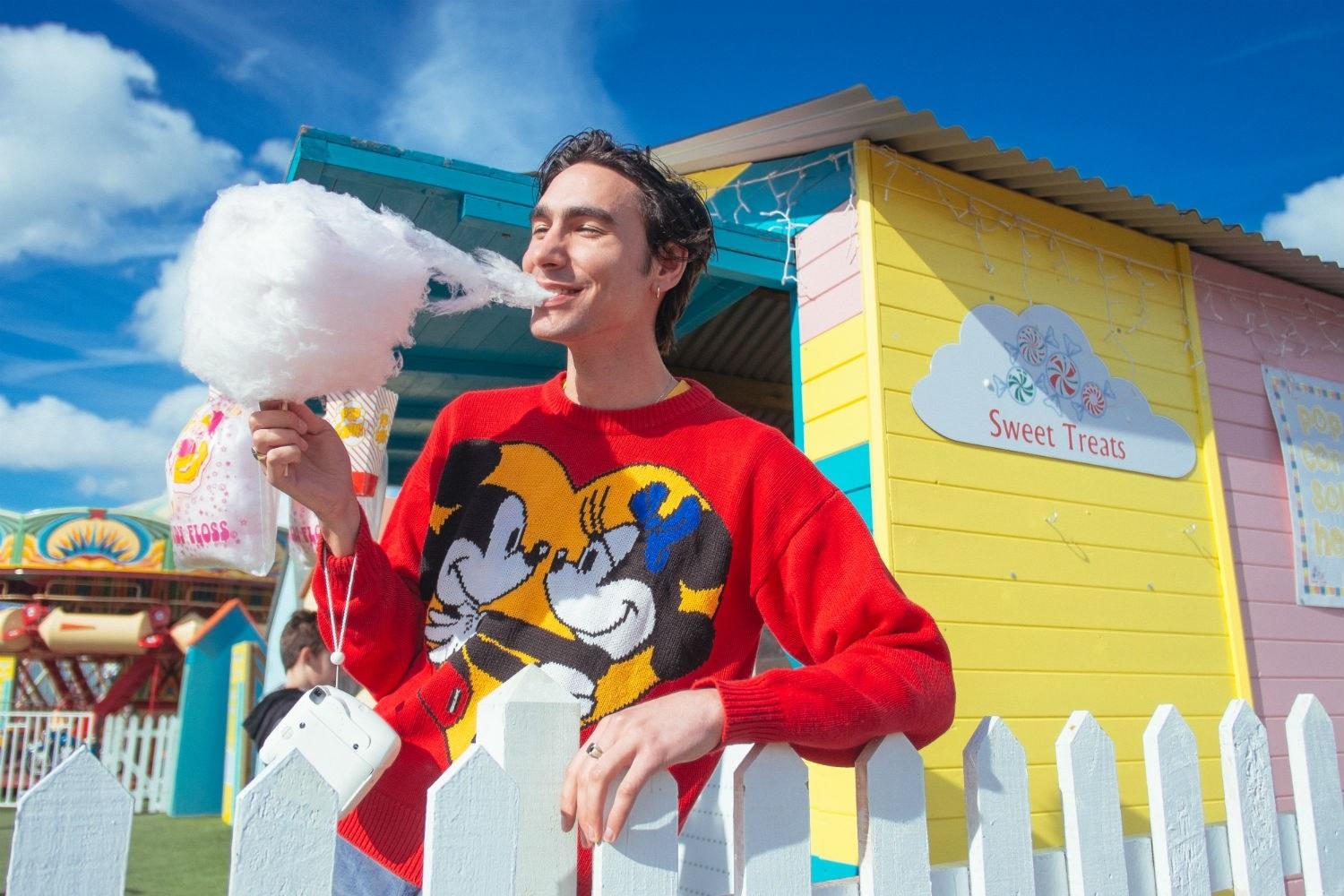