“Do you think anyone suspects anything?” asks Celeste Cruz, when questioned on the air of secrecy surrounding their now cat-out-the-bag reunion plans. Instantly, her partner in crime Daphne collapses in fits of snorting laughter; “Why would anyone suspect anything?!” she giggles, “That’s my favourite thing you’ve said in a while, Celeste.”

In a year that’s already seen immeasurable numbers of artists make their return, Daphne and Celeste perhaps wouldn’t be the first big ’90s pop act you’d expect to be kicking and screaming back into the limelight. Somehow though, the timing feels right.

“Taylor Swift hadn’t even been born!” jokes Daphne when reminiscing on the duo’s former glory days. Truthfully, though, the landscape of pop music, and the idea of what is it or can be, has undoubtedly changed in the sixteen years since ‘Ooh, Stick You!’ first drilled its way into your head.

“I think it was much more of a dirty word when we were doing it. Much more, and less so, I guess – cause it was also bigger than it ever was,” ponders Celeste, ‘I think pop is more diverse now – where you have your indie-pop and you have pop-rap and stuff. I think people aren’t as afraid to do something that’s considered a little more pop and mainstream as they were before.”

The pair both cite Robyn as an influence on their newfound way of approaching pop, but their plans for touring partners are perhaps a little more left-field. “We were thinking about doing more of a comedy line-up,” admits Daphne, with refreshing self-awareness. “Us and Louis C.K. or something!”

“I think it’s a great shout-out to our past, that’s what Max did such a great job with.”

“Yeah, sure everyone would really love that…” smirks Celeste. It wouldn’t be the first time Daphne and Celeste have planted themselves on slightly out-there line-ups, of course – the now-infamous Reading Festival 2000 appearance still has pride of place in the festival’s history books. With the well-publicised lack of female artists on this year’s line-up, are the duo ready to step in and close the gap?

Celeste seems hesitant, though perhaps not for the reasons you’d expect. “What’s going on with Reading these days?” she asks, “Is it still as hard as it was? Is there another harder rock festival that’s taken its place?”

Celeste lays down the gauntlet; “Where would we be the most annoying?” she jokes, “If that’s Download festival, then that’s where we’ll go!” They insist that they’re not here purely to annoy, though – the fact that they’re aware they will, however, is refreshing.

In today’s post-PC Music landscape of hyper-realised pop stars and saccharine-yet-scratchy melodies, Daphne and Celeste seem almost ahead of their time – returning heroes, even. It’s a surprise, then, to see new track ‘You and I Alone’ take the duo down a decidedly less pitch-shifted path.

Working alongside über-hip producer Max Tundra, Daphne and Celeste have opted for a slightly moodier offering to mark their return. “I think it’s a great shout-out to our past - that’s what Max did such a great job with,” confesses Daphne. “There are shout-outs to where we came from, but it’s a much cooler, more sophisticated kind of sound.” The track bubbles and bounces in the way that their former glories did, but she’s right - the duo “don’t sound like chipmunks anymore”.

They’re promising not to forget the classics, though, Daphne declaring herself “one of those people - I‘m not really into when someone makes it really big and then eight years later they’re like, ‘I’m not playing any of that stuff that got me here anymore.’ They only play b-sides and you’re like ‘I love you, but do you love me back?’”

“We’re gonna do acoustic versions of the songs…” states Celeste. “And also trap!” cackles Daphne; “We’re doing trap versions, just to be, like, you know, cool. Let people know that we haven’t got tired of the streets.”

Their playful nature runs away with itself – Celeste refers to an apparent collection of different drums that they’ve bought of Amazon; “We don’t use drum machines, we just lug around actual drums with us.”

Mumford and Sons’ closet seems to have been robbed too, Dapne stating that “It’s gonna be drums, and maybe a little bit of banjo. That’s for ‘U.G.L.Y.’. Every song is going to have its own, unique musical explosion.”

Celeste rounds of this slightly bonkers exchange with a more serious statement; “I feel like anything you haven’t performed in fifteen years you should probably refresh a little bit!”

“We’re gonna do acoustic versions of the songs… And also trap!”

It remains to be seen whether the new incarnation of Daphne and Celeste will capture and enrage the hearts of as many as they did a decade and a half ago, but the pair are more than ready for the ride.

“It’s been so long since we released anything – the internet is different, the whole social media spectrum has changed, so releasing something now is going to be really interesting for us, because it’s sort of real time as opposed to waiting for stuff to chart, like it used to be,” enthuses Daphne. The chemistry is undoubtedly still there though, the pair bouncing off each other incessantly.

“We actually had to go to therapy,” jokes Daphne.

“To be honest with you, I wasn’t sure if it was,” says Celeste. “Because we recorded the song, but we really hadn’t performed in forever. But then we shot the video and it was like riding a bike. Like, ‘oh, okay, I remember bouncing around next to my friend!’”

Daphne interjects; “I can’t ride a bike, so I don’t understand that analogy.“

“Like swinging a swing then! Or whatever else people usually can do!”

“I don’t drive!” protests Celeste, to yet more feverish laughter.

That pretty much sums up the Daphne and Celeste ethos. Unafraid to push peoples’ buttons, the duo are back and as bubbly as ever. It’s been years in the making, but with ‘You and I Alone’ finally out there, they’re ready to hit the ground running once more. That Reading and Leeds special guest slot between Bastille and Mumfords has never looked so tantalising.

Photos: Bart Konscinski and Nathalie Taylor. Daphne and Celeste’s ‘You And I Alone’ is available on iTunes and as a 7” single on Balatonic.

No alibi: Daphne and Celeste return - “We want to play Download Festival”

The tittering twosome are back with a new Max Tundra-produced track, Mumfords’ discarded banjos and their eyes on the Download stage. 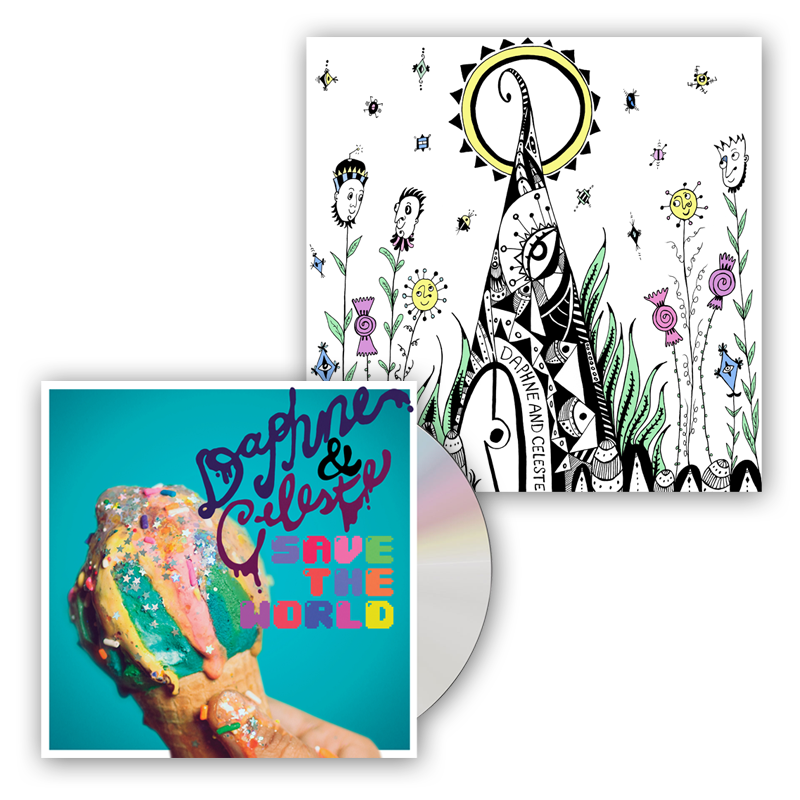 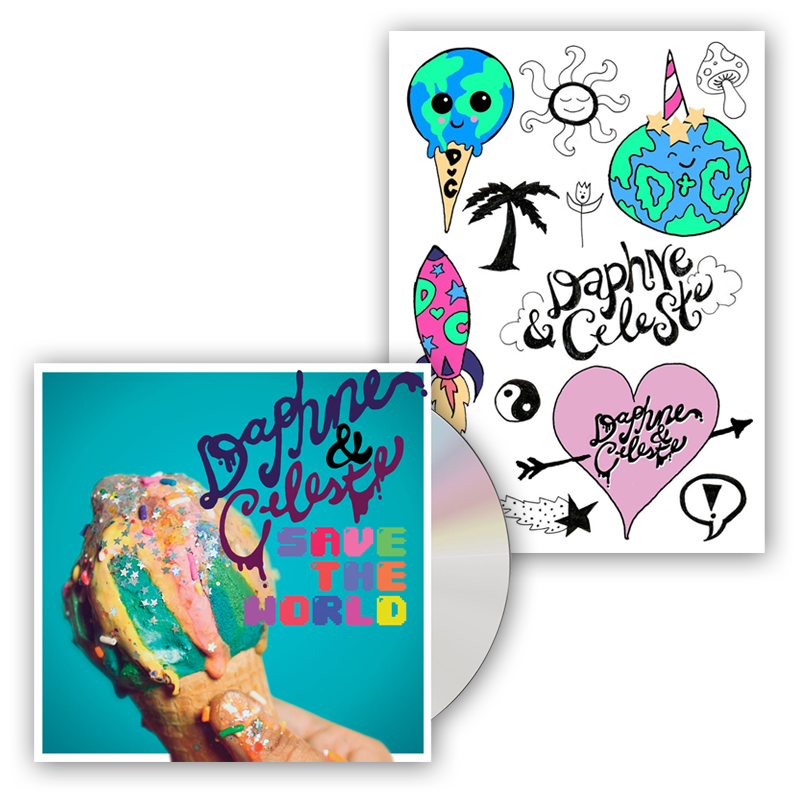 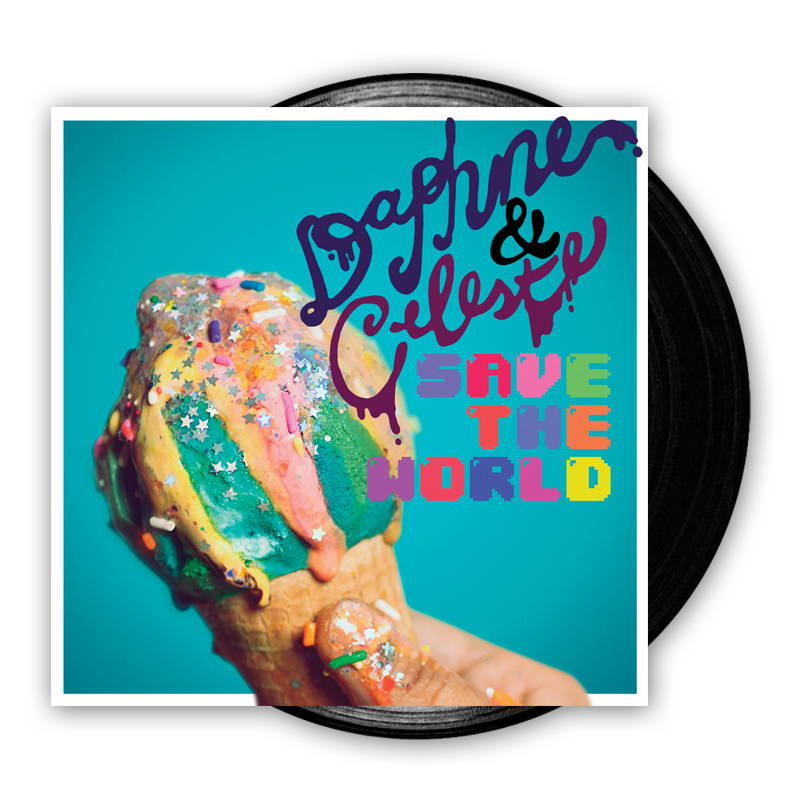 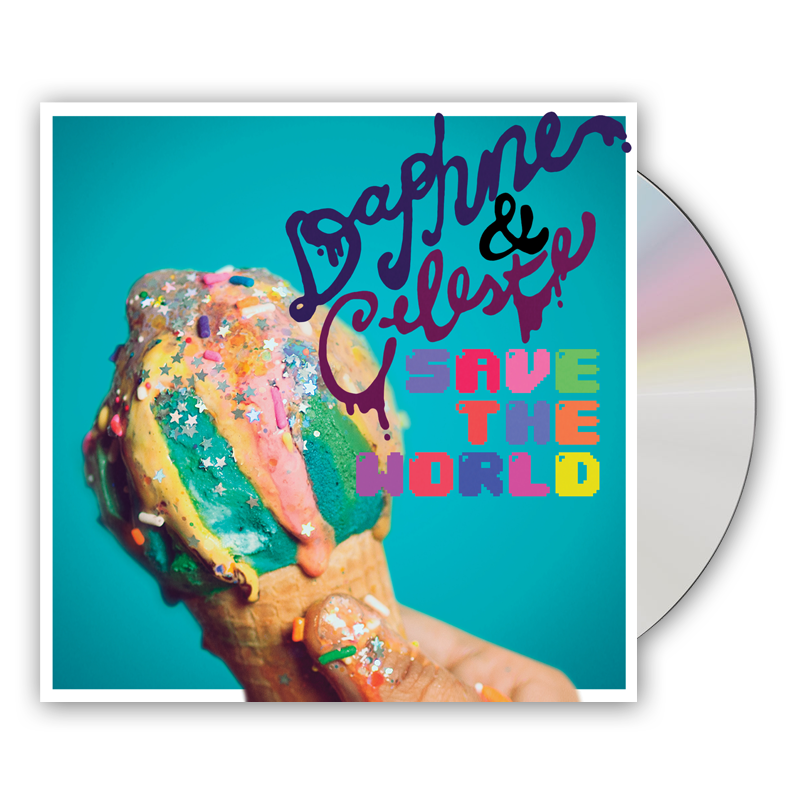 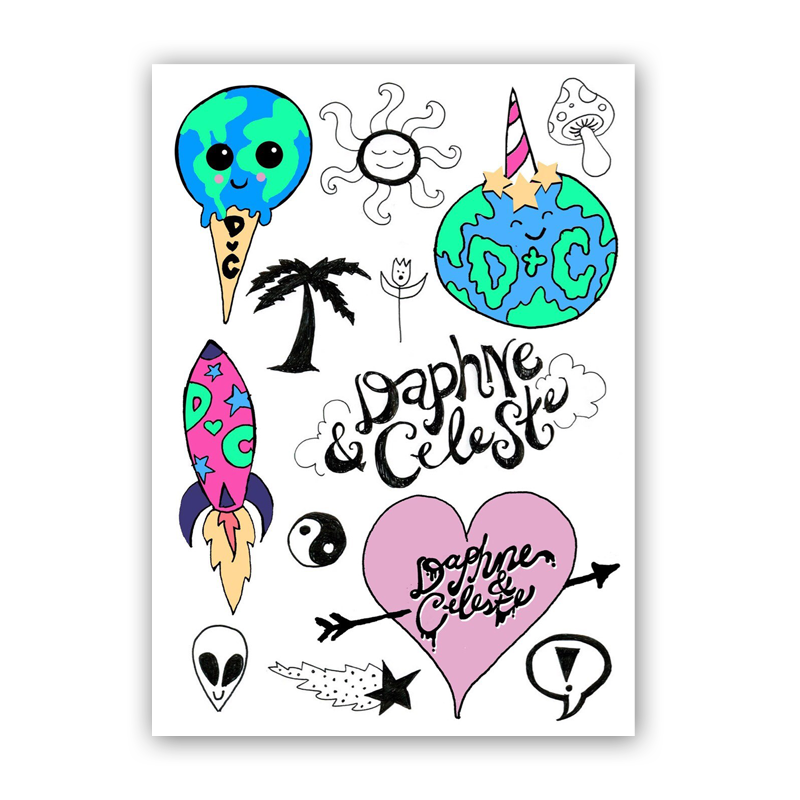 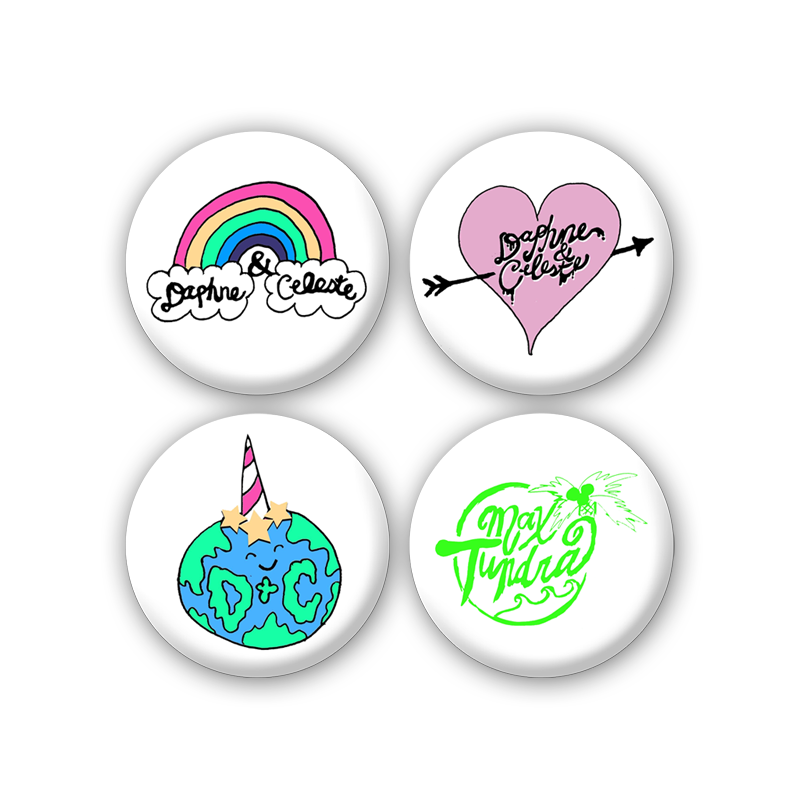