Speaking to DIY at the turn of the year, Airick Woodhead claimed “it’s the first time I’ve had a formula” with Doldrums. ‘The Air Conditioned Nightmare’ - his second album - isn’t any less bonkers than debut ‘Lesser Evil’, but there’s a strain of thought linking everything together. Before, Woodhead would just shriek and tweak effects until the world felt like it was close to falling in. Now he’s coming close to actually controlling the apocalypse.

Below a stream of the new album, Woodhead gives DIY an exclusive track-by-track guide, detailing the mad methods (and out-of-body experiences) influencing a sense of fear and paranoia deep-rooted in the record.

Doldrums’ ‘The Air Conditioned Nightmare’ is out 6th April on Sub Pop.

‘Hotfoot’ is a dance that looks like your feet are on fire and you're trying to put it out. Mad hectic. Steve used to get up from behind the drum kit and shake it during this song when we were on tour. The lyrics take on some of the darker notes of floundering in a social scene, about masochism and 'cocaine vampires', but thats a story for another time, Pinocchio.

Probably the best song on the record. You don't agree with me? Listen to this song on repeat and the meaning will appear like a magic eye. This song is about the threshold between mundanity and surreality that happens when you stay in your apartment for days and days without seeing anyone. I borrowed some more masochism in the chorus (“kiss me once I fall down, kiss me twice I'm underground”) from my poet friend Sarah Bellum.

Made this at Duffy's house after listening to tons of synth records and dub. Basically all spilled out at once, talking about the Montreal scene at a time when it really felt like the wind had been taken out of it. With so many friends moving away and rifts happening and people becoming famous. Longing for magical living. 'You're wearing white at a funeral for lightning, my head tears in two wanting to be back there, not just lying awake now'.

Who cares what this song is about. It sounds great. Jane Penny from TOPS sings on it.

A song about desensitization. I wanted the sounds to be reminiscent of the kind of numb, hypnotic state that going through a traumatic experience can put you in. Like, when something so terrible happens that your brain can't process it, and just gets stuck thinking about it. The looped image of a car driving past a body by the side of the road and not stopping. Some people might think it's a relationship song and that's a valid interpretation - unfortunately some relationships do feel like that. 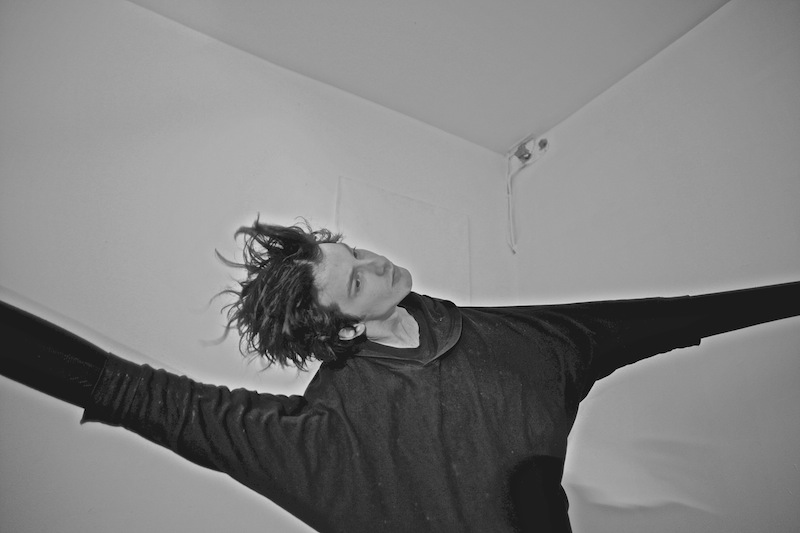 “I was lying there on ketamine listening to Majical Cloudz and just thinking: There is no escape.”

This a simple relationship song about getting stuck in a vicious cycle with someone. I was listening to a lot of the Supremes and Fugees, where there are very specific relationships that are explained to you. Many of us go through the same twists and turns with love, and it can bring so much comfort just to know that one isn't alone in what they are experiencing. It feels just like we're going in loops again!

I love the way machines can seem to express sorrow or pain when they are glitching, as if their humanity is relative to their abuse. An animatronic T - Rex left to rust in the warehouse at Universal Studios begging for euthanasia. The title is from Richard Brautigan's novel "In Watermelon Sugar", not a reference to Apple products.

I wrote this BEFORE ‘Her’ came out, by the way: It’s basically a love song for your computer. I used to be really anti-tech and sketchy, breaking computers on stage n stuff, but I'm trying to be more positive theses days. So I wrote this song. People tell me that it's kind of fucked up.

This song started the whole record. Wrote it at Duffy's when the windows had no glass in them and the freezing cold november wind was blowing all the empty beer cans around and the fluorescent street light was pouring in and the sound from the trucks passing by outside was ricocheting around - I was lying there on ketamine listening to Majical Cloudz and just thinking: THERE IS NO ESCAPE.

You know when you meet someone and you just feel like they could be a part of your life forever, yet you never see them again? Sort of an emotional missed connection. Mad afterglow vibes, written and recorded in about two hours at the Arbutus office after a heavy weekend of… you know. I met the person this song is about, a month AFTER I wrote it. Yes, time goes both ways sometimes. A slightly more subdued affair, though there’s plenty of melodies within the chaos.

‘The Air Conditioned Nightmare’s third preview is a giddy one.