Nadine Shah can’t stop laughing. A self-professed “happy, fun person”, her music has a habit of running in complete parallel. Her voice shining with honesty, she admits that there’s a default mode. “I don’t know what attracts me to minor keys and macabre themes. I always have been, whether it’s film, or literature, or paintings, or songs. I don’t know why. It’s definitely not a reflection of how I am day-to-day.”

Her new album ‘Fast Food’ follows 2013 debut ‘Love Your Dum and Mad’, which dealt with the disquieting and uncomfortable subject of mental illness. The new release, in her own words, is “about a succession of short-lived intense love affairs, a collection of portraits of people that I love or I have loved, so I find it a lot more uplifting. “ Her sunny voice bristles with surprise: ” It makes me laugh when people say it’s very morose and macabre. Bloody hell, I find this lighthearted!”

“I had quite a bad break up and I think it’s the age,” she quips. “I’m in my late twenties.” She pauses for a moment, explaining what triggered the writing of the new LP. “I don’t know if it’s just with women, but I feel a lot calmer, much more able to look back and be a lot more reflective about past relationships. It’s almost a coming of age album.”

For Nadine, looking for non-existent perfection is "laborious and quite dangerous.” As opposed to her debut, which took several years to write and record, 'Fast Food' was a deliberate attempt to capture the moment. "I finished the first album in 2010 and it wasn't released until 2013. There were songs on that album that were 8 years old, which is crazy… I wanted to write and make this one within a short period of time, so that it would properly reflect where I was at the time musically.” She sounds confident and determined to stick to this way of working "because when you're not too precious with your ideas, it keeps the project fresh.”

However, some things remain the same. ‘Fast Food' is a continuation of Nadine's collaboration with producer Ben Hillier, whose previous credits include Depeche Mode, Blur and Elbow. As soon as his name is mentioned, Shah’s voice erupts with even more enthusiasm than usual: "I think we'll work with each other until one of us croaks it. We both have the same creative vision but each one brings something entirely different to the table.”

Talking about her work with Ben leads onto a conversation about Nadine's musical development. "I'm not a trained musician on either piano or guitar but the more that I play them, the more I feel I understand these instruments,” she says, acknowledging the album is a marked step up in her work. Without hesitation, she names 'Stealing Cars' and ‘Matador' as her favourite tracks. "'Stealing Cars' is a really energetic song and so much fun to perform live! I think even four or five albums down the line 'Stealing Cars' will still be a highlight in my set.” 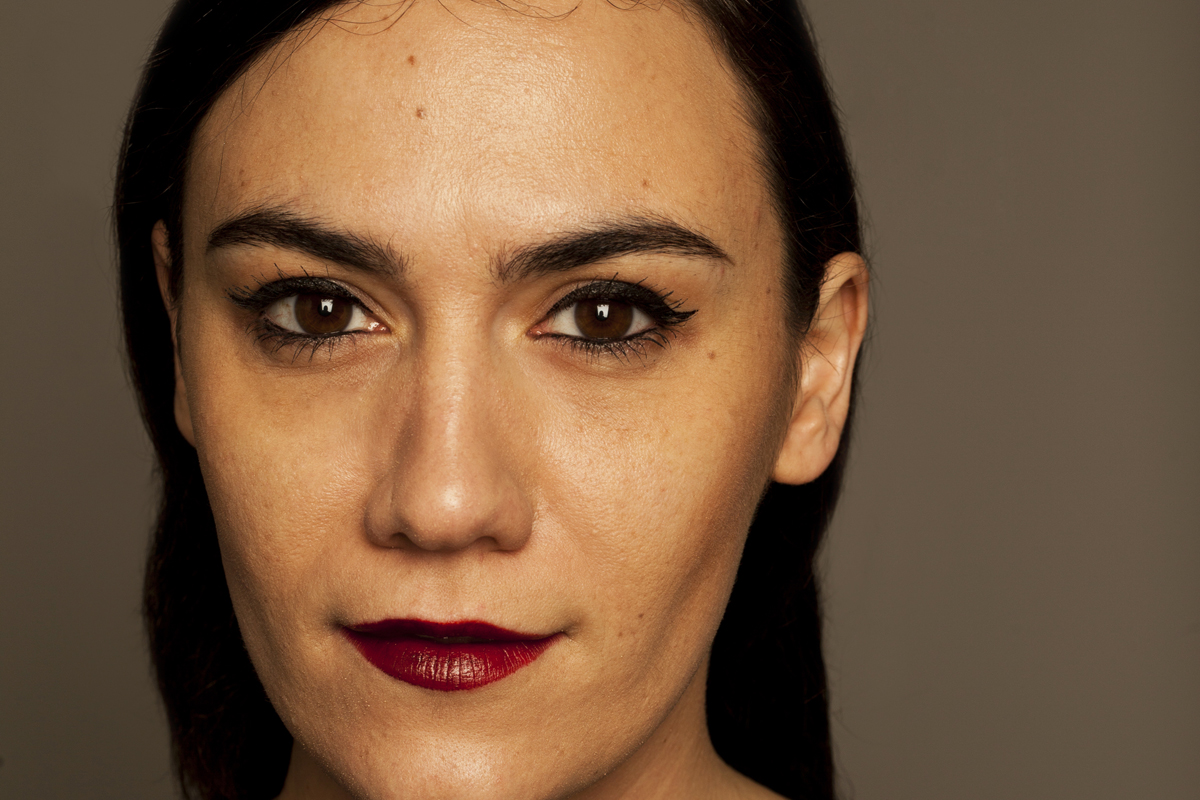 “I think it can be quite dangerous when musicians start to believe what they do is very important.”

From the brooding twingy-guitar opening track of ‘Fast Food’ to the mantra-like meditation of ‘Nothing Else To Do’, right through to the pent-up rage of guitar riffs on ‘Washed Up’, ‘Fast Food’ is full of atmospheric coiled tension commanded by Shah’s gothic noir voice. Returning to the heavy themes reflected in the lyrics of her songs, Nadine remarks: "I'm drawn to writing about injustice. When I feel terrible, music has a cathartic effect on me. I think my own lyrical content may always be darker. It's quite unlikely that I would be writing very lighthearted pretty songs but definitely more upbeat.” She admits that all of the songs are very personal and the people she writes about are often her close friends. Her diary and lyrics book help her find ideas and words that resonate with her; but the trick is to not reveal too much of her own personal life and to be considerate to others.

Despite her belief that the album is quite lighthearted, it’s hard not to notice that the final track ‘Living’ is a very dark and menacing pronouncement. Although she says she always intended for it to be the closing track, Nadine is not sure whether she meant "to leave on a sour note”. She pauses tentatively, then says that ‘Living’ marks the lead into the theme of her next album. "I've nearly finished writing it but I haven't started recording it yet. Another two months and I'll be done. I can't really give away too much but it’s going be about the political landscape of London."

"It's a really strange job. What I don't like about it is the kind of importance put on artists,” she muses. "I think it can be quite dangerous when musicians start to believe what they do is very important. I think if you have complete honesty and conviction in your work people are going to relate to it. Music is a big part of everybody's lives. I've got an audience now and a fanbase, which wasn't there with the first album. I owe it to them to keep making more music. But I still find it a very, very strange job to be doing.”