It may feel like Say Lou Lou have been doing the rounds for years, and in all honesty they have. Emerging originally in 2012, Swedish twin sisters Miranda and Elektra made an accidental splash after a friend uploaded a song ‘Maybe You’ to Soundcloud, with things springing from there. Three years later, and after much delay, the band’s album has finally arrived. Over the years there have been disputes regarding name changes – the band was originally called Saint Lou Lou – and the age-old tale of record label clashes. It took setting up their own label, À Deux, for Miranda and Elektra to finally grasp control of their music and direction.

For some this creative freedom could have resulted in disaster, but for Say Lou Lou it allowed their vision to be actualised. Continuing the do-it-yourself mentality that was present during their birth as a musical duo, the band released five singles across three years, testing what they felt was working. It’s this independence that’s led to the creation of their debut album, ‘Lucid Dreaming’.

In an age of instant gratification and declining album sales, there’s something brave about releasing an LP that relies so heavily on its sequencing. However, it’s this rich narrative structure that gives this album a strong, cinematic quality. The wide production is allowed its own voice, becoming as important as the vocals in sewing together each track.

The entrenched melancholy Say Lou Lou’s music doesn’t quite match their personalities. Instead, Miranda and Elektra are full of enthusiasm, often talking over each other, in unison and always gesticulating. Likewise, for sisters whose first language isn’t English, they talk incredibly quickly. Despite this, DIY met with the band to discuss the eventual release of their album, narratives and giving less fucks.

It must be a relief to finally have your album out.

Miranda: You know when you're little and you think that when you wake up on your birthday that everything is going to be different, like everything will have changed.
Elektra: You wake up and you'll be a different person. The world will see you in a new way!
Miranda: It's weird, you have all these expectations. I guess you feel like it's a weight off your shoulders somehow, and that it's a trampoline into the next phase, or chapter.

You guys have your own label and you’ve been in charge of everything. But were you always so independent and in control?

Miranda: When we were two we wanted to pick our own clothes and pick the music that we were listening to. We've always been...
Elektra: ...very in charge.
Miranda: I'd rather do it myself than have someone else do it.
Elektra: I'll never let someone clean my house or wash my clothes because I'll be like, ‘No, you're not doing it the way I want it to be.’ It's everything from my private sphere to someone producing or mastering a track. It's like, ‘I like what you're doing, however…’ Of course, in the creative process, we're dependent on having people working with us because we need help with certain aspects. We're not producers, we're songwriters but we’ve had we've people like Addeboy, who produced a huge chunk of the album, realising our vision.

Are you perfectionist, too?

Miranda: "Perfectionism" - I wouldn't use that word because, for me, it has negative connotations. Perfect isn't necessarily good. There has to be a flaw in something to strike a chord in you. I think what the album process has taught us is that you just have to believe in the magic, creating something from the first genuine feeling and not tampering with it too much.
Elektra: Also, you can't polish a turd. If it's great to begin with, let it breathe.

Over the course of two years there must be so much material to decide from, and I think some fans have been surprised by some of songs that made the album.

Elektra: Basically, there was a leak and a lot of fans got attached to demos that I really didn't like and they were asking why they didn’t make the album. I'm happy that they like our demos, but at the end of the day what made it on to ‘Lucid Dreaming’ are the songs that we feel something for, have significance in our lives and to our history. I love 'Better In The Dark', but I just didn't think it was needed on ‘Lucid Dreaming’, it didn't make the album better. 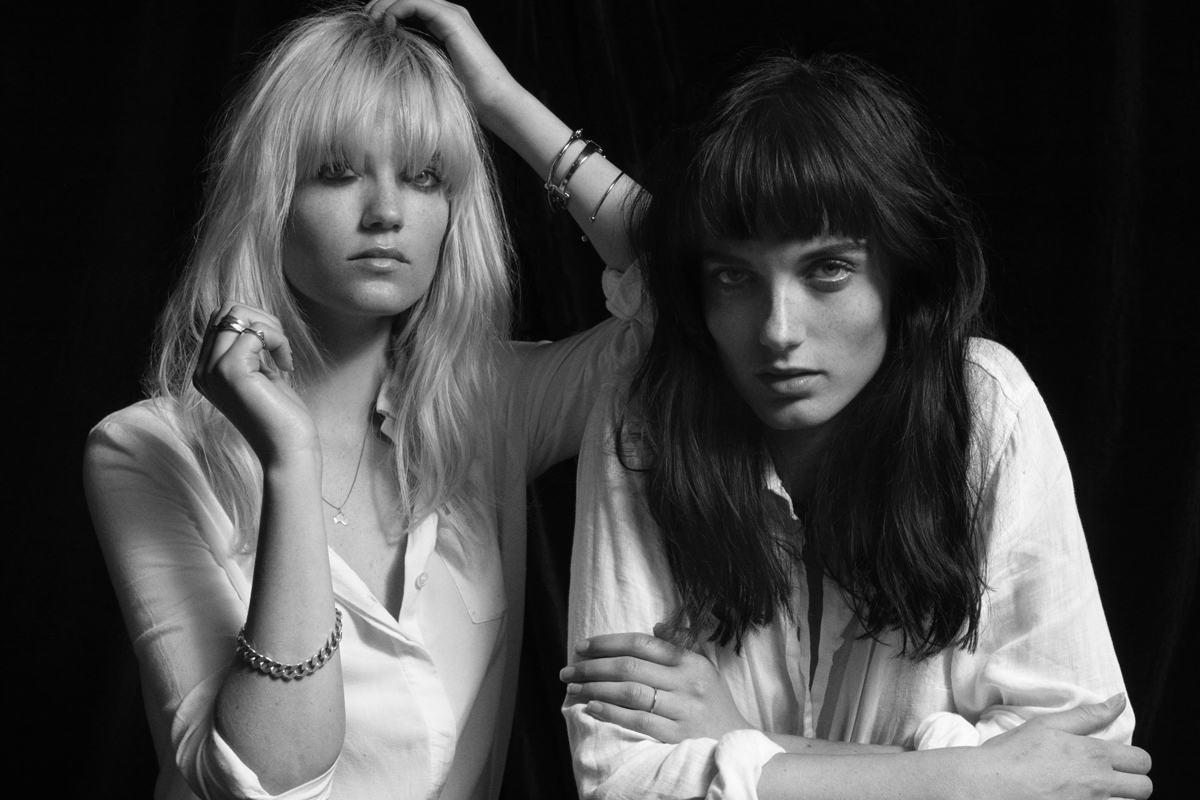 “It’s very self-indulgent, but that’s how we see music.”

Lyrically, it’s quite allegorical and narrative driven. Why do you feel it’s important to you to tell a story through your music?

Elektra: We see every song as a movie, and that's just how we've always written songs. If this song was a movie, who would be playing the lead? Where are we? What season is it? What decade? It's very self-indulgent, but that's how we see music.

The way the songs are constructed also tells its own story. Like with the pause after the first verse in ‘Peppermint’.

Miranda: Because we don't have 'the voice' - we're not Adele or Beyoncé - we feel that our voices together are an instrument, they're part of the production. That's why we feel like letting a track be without vocals is very refreshing.
Elektra: A chord progression, a certain sound or a riff can say as much as singing it. Singing a certain like of lyric can sometimes say nothing. You have to give space and open up.
Miranda: Our motto when we do music is: 'Sing when it's called for. Don't just sing and do vocal gymnastics as it doesn't mean anything.'

Being twins, is it tricky to handle being honest when writing with each other?

Elektra: It's fucking awkward sometimes. While we work together, we've had our own lives and loves.
Miranda: When you're with your family you’re one person and you don't talk about sex or the more decadent side to yourself; there's a personality that you save for your friends or boyfriend. We've tried to work out a relationship where we allow each other to be open but give each other space. When we’re writing, we try to express ourselves without the gory details while coming up with this human being that's a mixture of us both.

Because the album was a long time coming, do you feel pressure to put out new material quickly now?

Elektra: I can tell you this - it's not going to take us three years to do another album. The reason this album took so long to make has been the system. It hasn't been us being slow songwriters. It's literally been the name change, record labels and the politics and bureaucracy of the music industry.
Miranda: On the other hand. on the journey of making this music we've learned so much, met some amazing people, grown thick skins and become better singers and songwriters.
Elektra: We give fewer fucks now, really.

Swedish sisters’ first work is out this April.

Say Lou Lou preview debut LP with ‘Nothing But a Heartbeat’

‘Lucid Dreaming’ is happening - it’s out this April.

Duo’s Lindstrom-produced track gets an airing.