Record Store Day (Saturday 18th April) is by and large a chance for music obsessives to grab something they might never have even imagined having in their collection. Whether it’s a surprise reissue or an unlikely collaborative split, those queues are for a reason - to get something unique.

Most RSD chat revolves around which exclusives are sweeping shops across the country. But this yearly celebration should also be an opportunity (like with every day of the year, etc. etc.) to value the treasures in existing collections. Vinyl’s Big Day Out, even if you’re not outside Rough Trade East from 6am onwards, Record Store Day doesn’t have to revolve around chasing the big guns.

Instead of getting DIY favourites to chat about which 2015 releases they’re excited about, we asked them to dig into their existing collections and pick out one treasured release. They were also asked to send a picture of their beloved favourite. Some followed the instructions perfectly - others, like Tarek Musa from Spring King, were kind enough to send us their entire collection (see above).

Check out artists’ picks below. 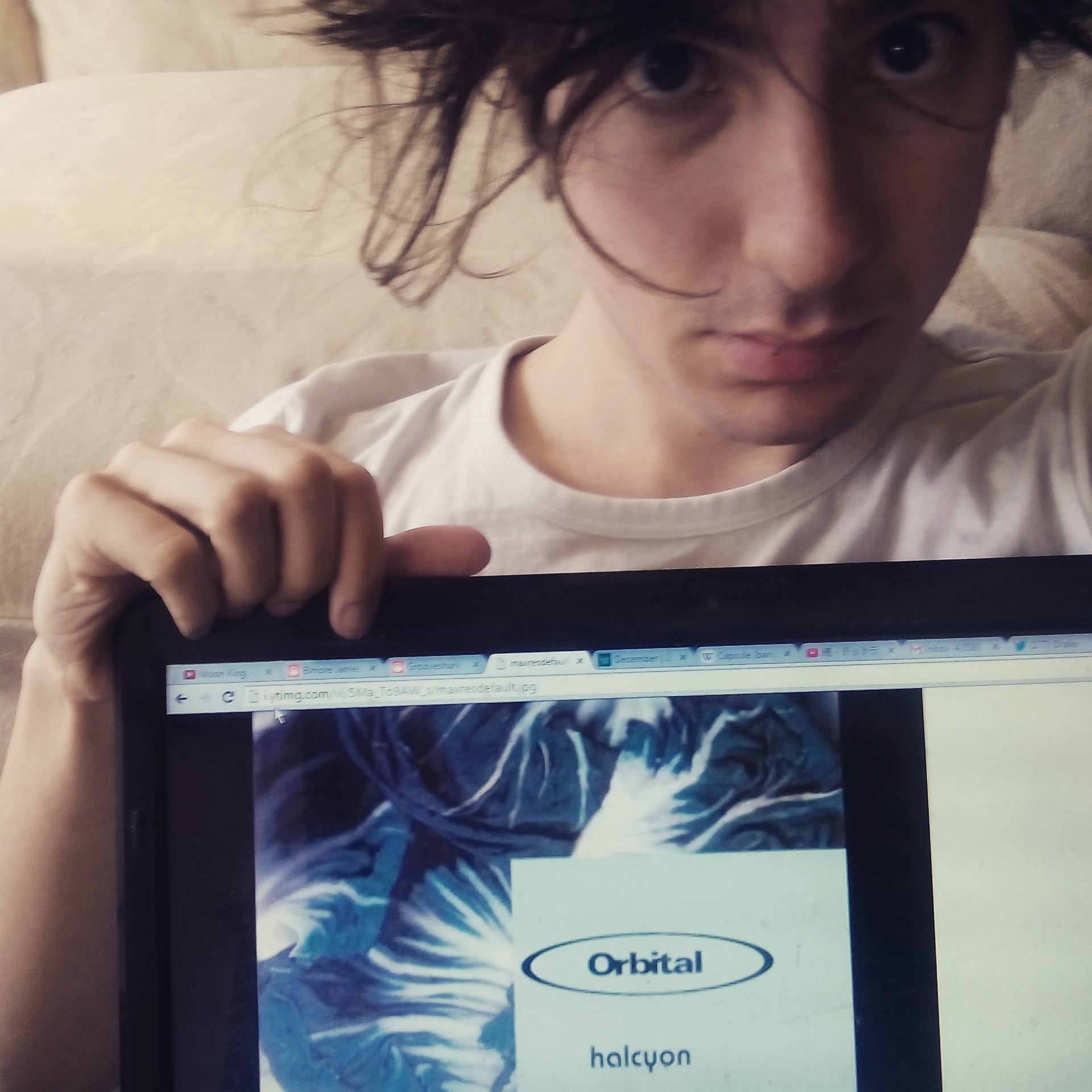 This is probably my favourite piece of electronic music. I wish I had the 12" of it but it's pretty hard to find, especially in north america. It's emotional and weightless feeling, and even though the production is obviously dated it still takes me places.

(Tarek couldn’t choose one, so he sent us HIS ENTIRE RECORD COLLECTION) 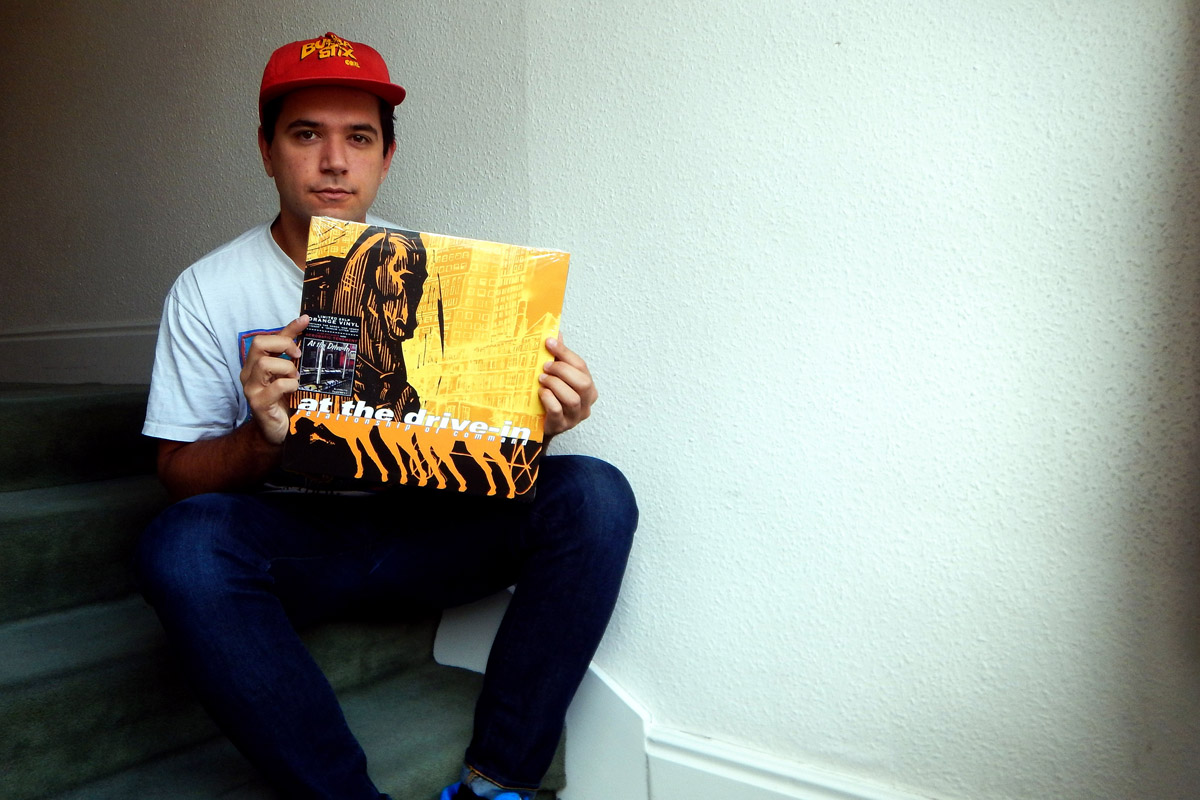 The record that means the most to me would be 'Relationship of Command' by At The Drive-In, which came out September 12, 2000. The version I used to listen to was on CD, but Transgressive Records gave me a brand new LP version that they rereleased recently. I remember seeing a video of them play live and it really stuck with me forever. They are still one of my favourite bands of all time. “Relationship of Command” is a great record, I would listen to it every time I was on the bus to school and wonder how they got the sounds they did in the recording stage. I had heard somewhere that they were really trying to get the snare drum to sound like a meat cleaver! It’s definitely a record that shaped my teenage years.

I also own two of At The Drive-In’s first releases amongst a few others. “¡Alfaro Vive, Carajo!” which came out in June 1995, and “Hell Paso”, which came out in November 1994. At one point I was so obsessed that I wrote them a letter to which they replied! It was great being 15 or 16 and bands writing to you back, it really is something I’ll never forget opening!

Funnily, I had first heard of Steve Lamacq, someone who has really helped Spring King on the radio, through At The Drive-In. The band did a live session for Lamacq, which came out as a B-Side to their third single release (Invalid Litter Dept.) in March 2001. The B-Side is a live version of “Initiation” which is one of my all time songs.

I also must note, my obsessive streak didn’t stop with At The Drive-In. I’m also into a bit of the Beach Boys as you can see…. 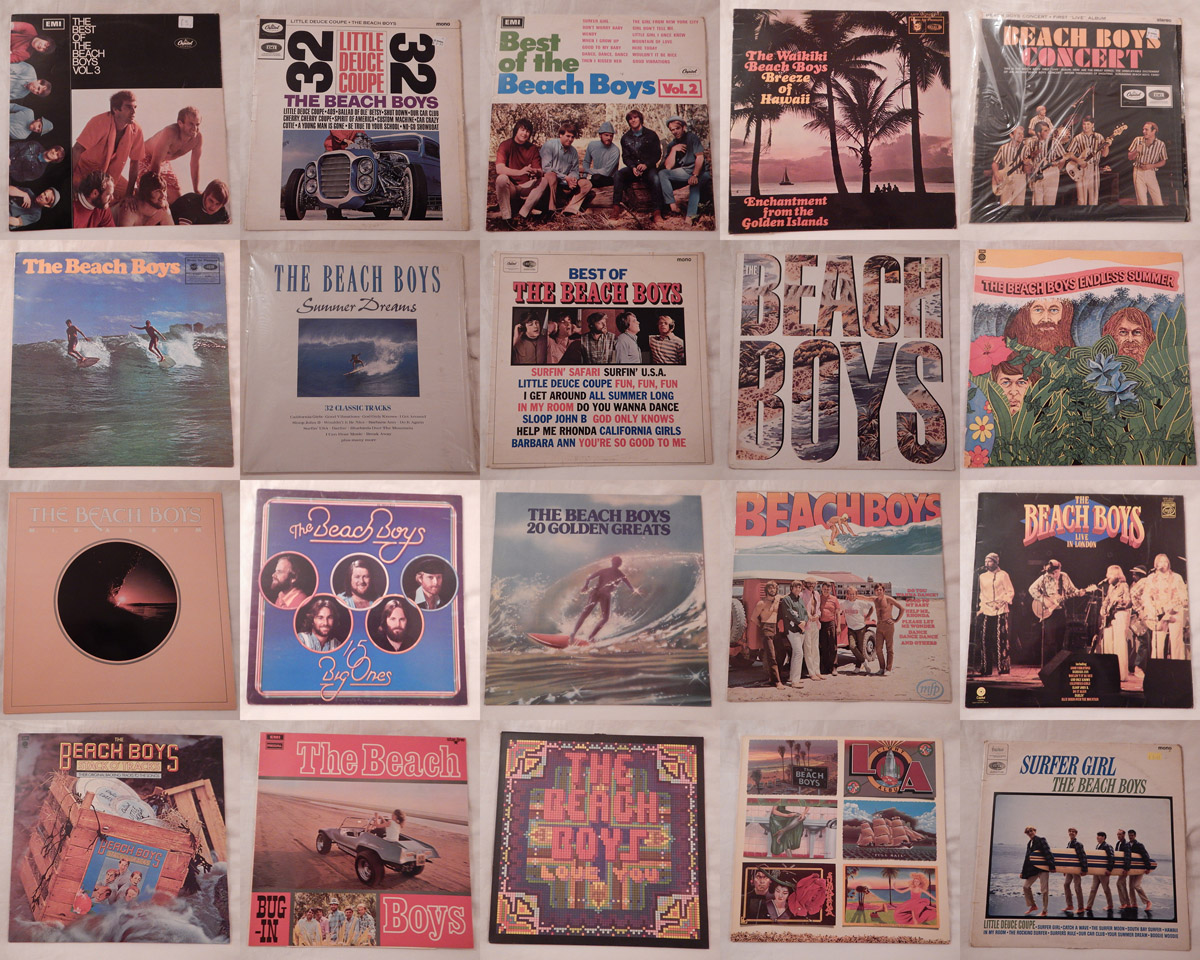 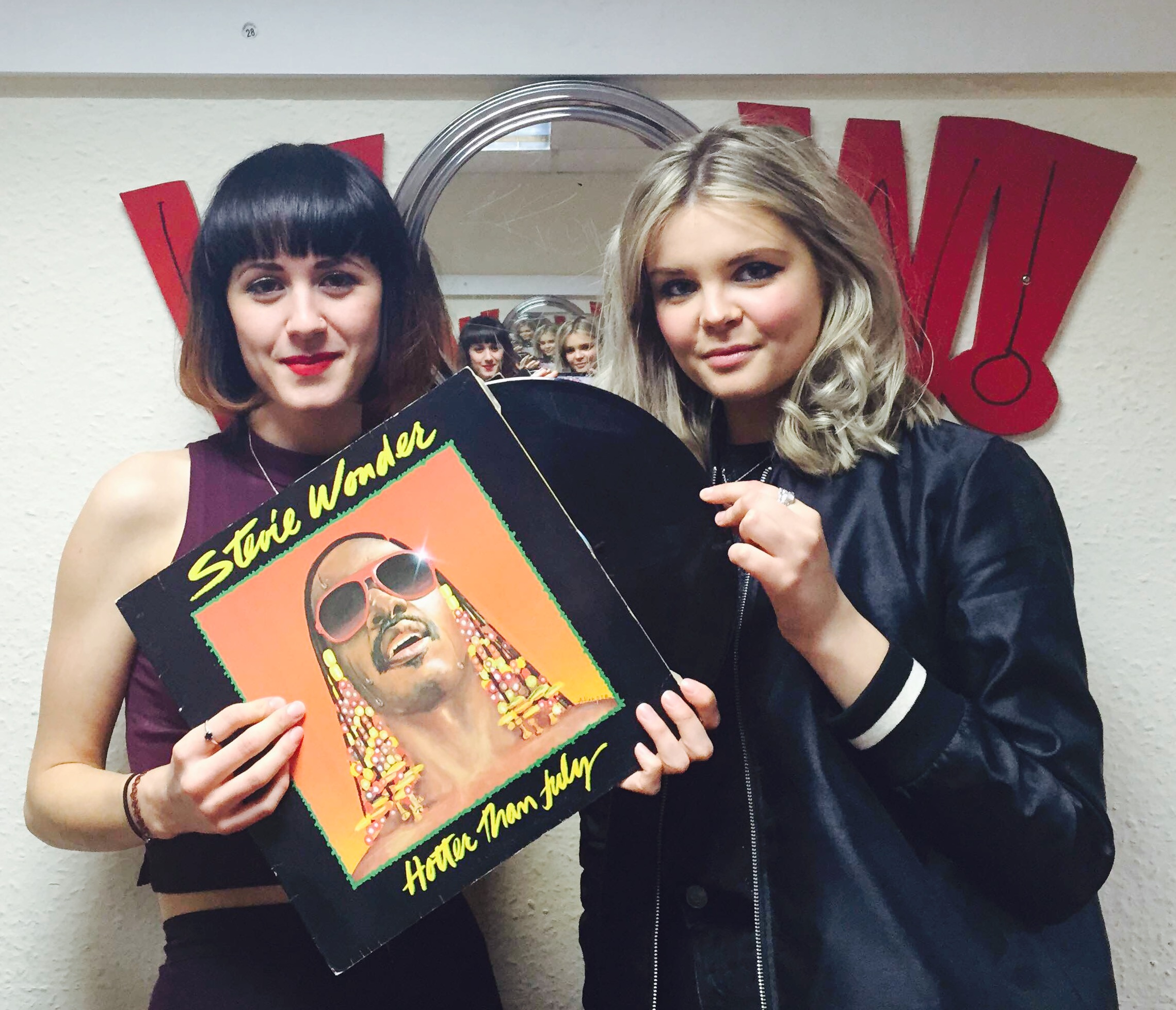 We both love this album for its pure cheesyness. Who couldn't love ‘HAPPY BIRTHDAY’? The artwork is absolutely amazing! & our favourite track has to be ‘Master Blaster (Jammin’)’! 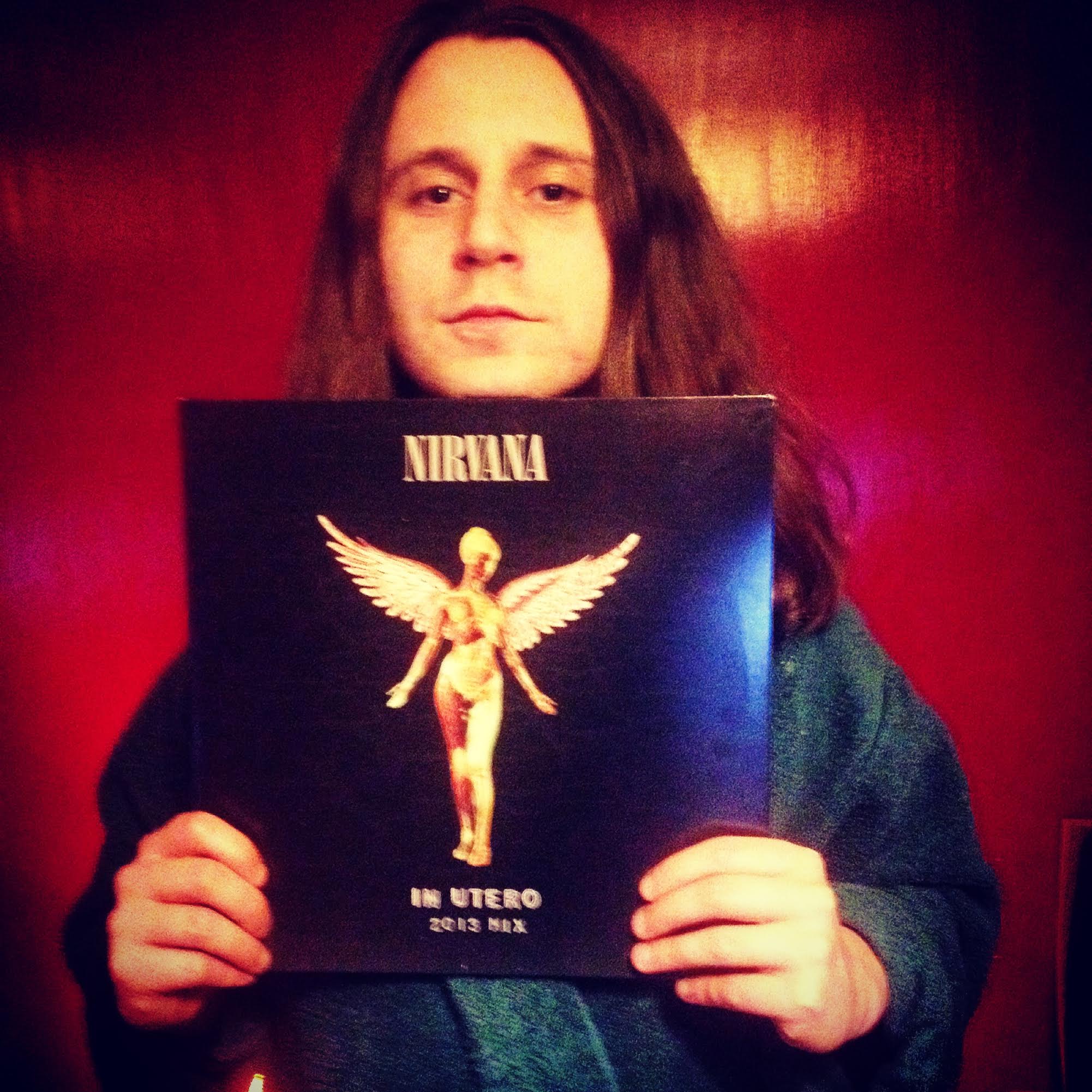 "This album, like, totally changed my life man..." I always loved loud guitar music, but this was the first thing I heard which was a bit wrong. Call it morbid fascination. I wore out the original tape cassette. I found this in a little record shop in Bristol. I always loved how stripped back and personal this album sounds, this mix even more so. Like Marc Maron says, you can hear the pain better. 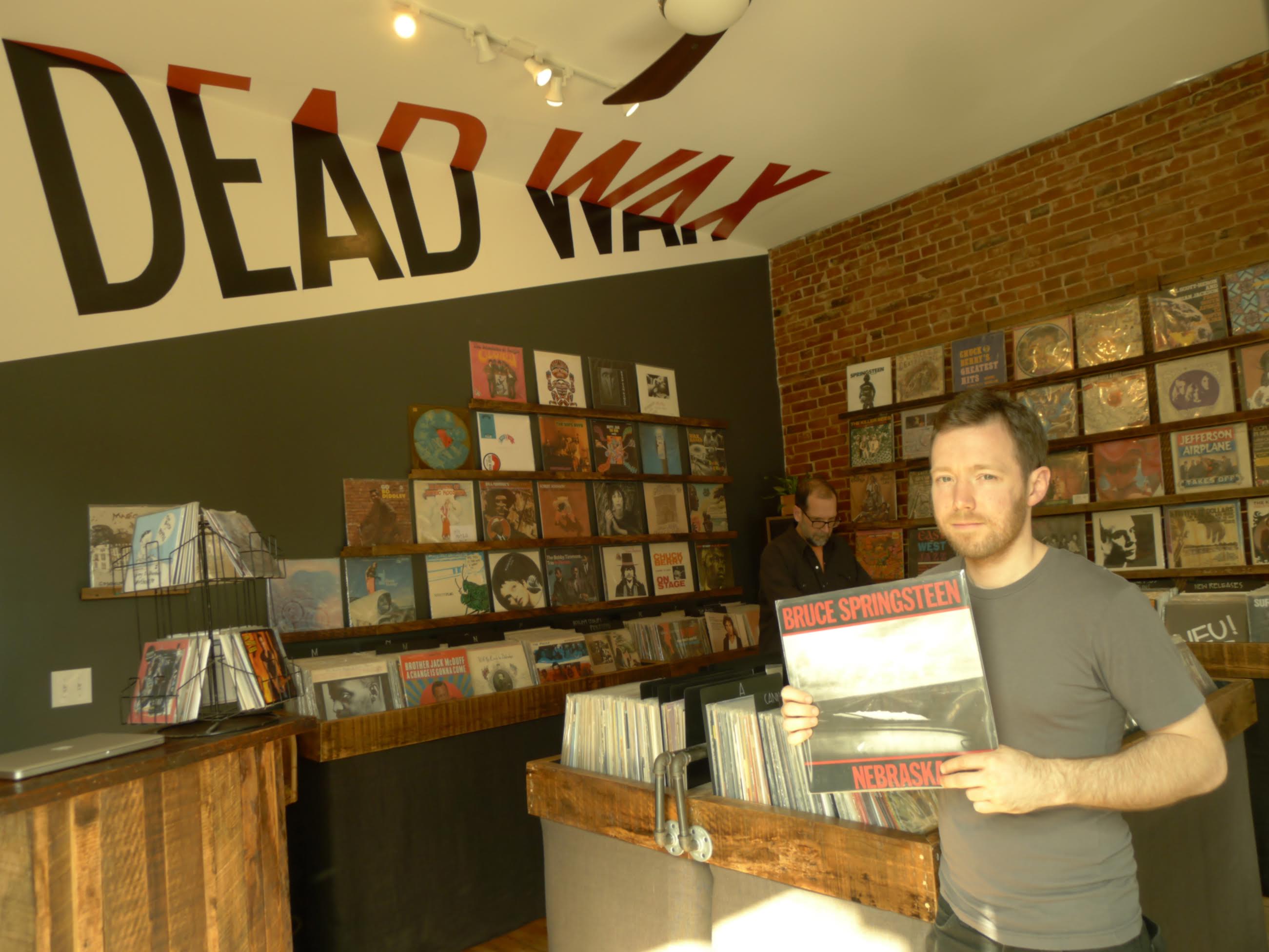 I'm holding Springsteen's 'Nebraska' in Dead Wax Records, Saint Louis. You know someone has a real song on their hands when they can deliver it with barely nothing but the voice as Bruce does here. These are portastudio recordings which were originally intended as demos for a full studio album with the E-Street Band before everyone realised that this was The Boss at 100% and that it doesn't get better than this. Tim & Jeremy at Dead Wax Records spin amazing vinyl like this, rock 'n' roll, punk and jazz, all day, all week and the store effing rules. They even gave me a freebie because it skipped a little.

Tyrannosaurus Rex - Prophets, Seers and Sages The Angels Of The Ages 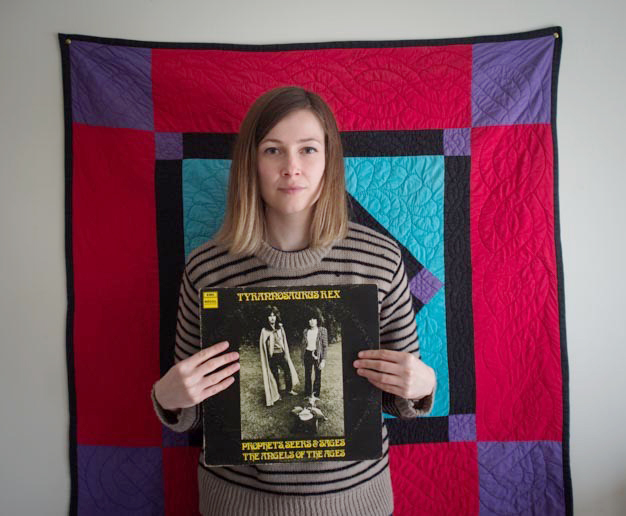 I was given this record by my Dad when I was 14. It was the first vinyl I ever owned and set a good president I think. I’d heard glam T-Rex before but never this stranger, earlier, esoteric stuff. It had never occurred to me that a band could produce both sounds. 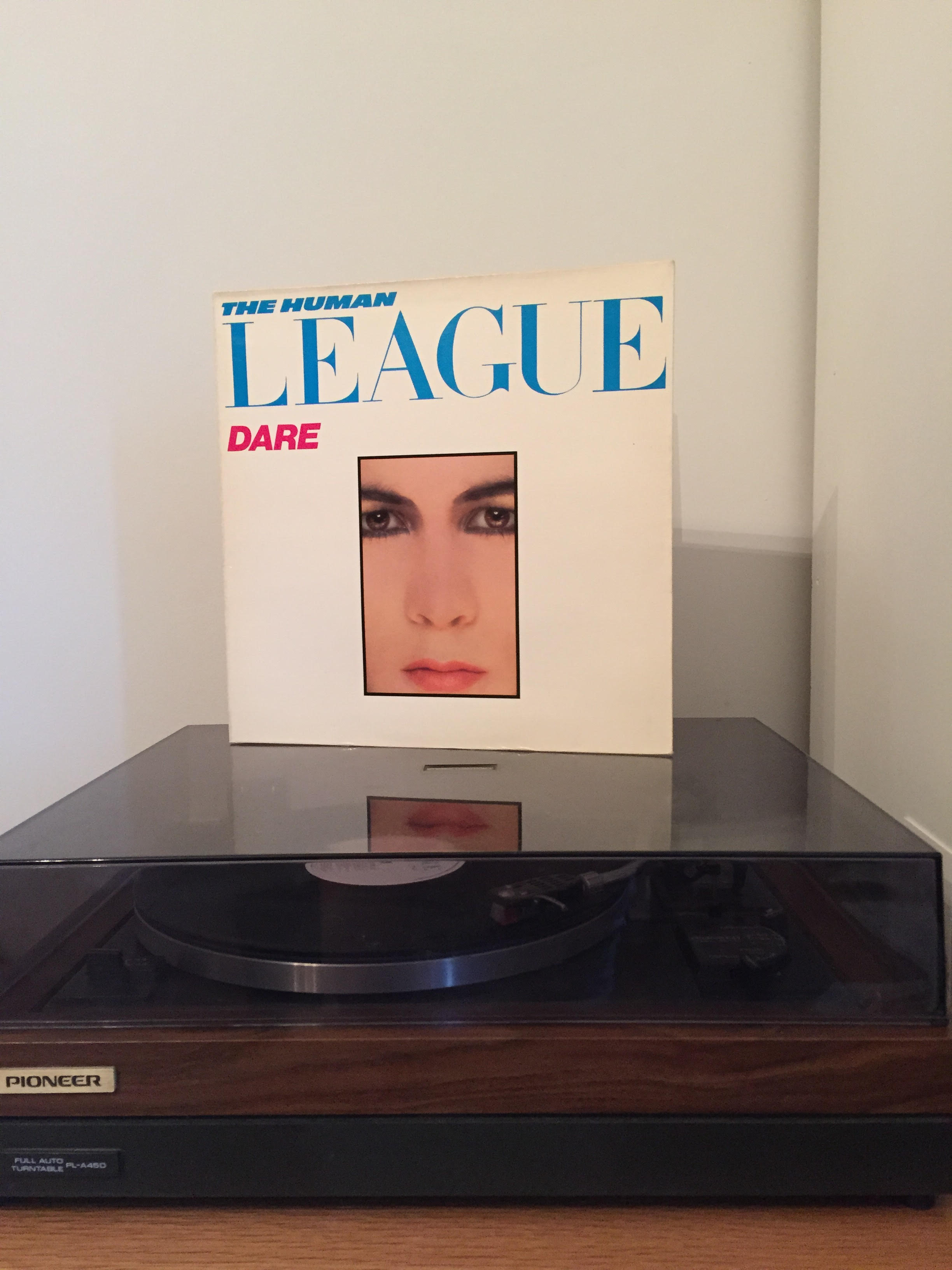 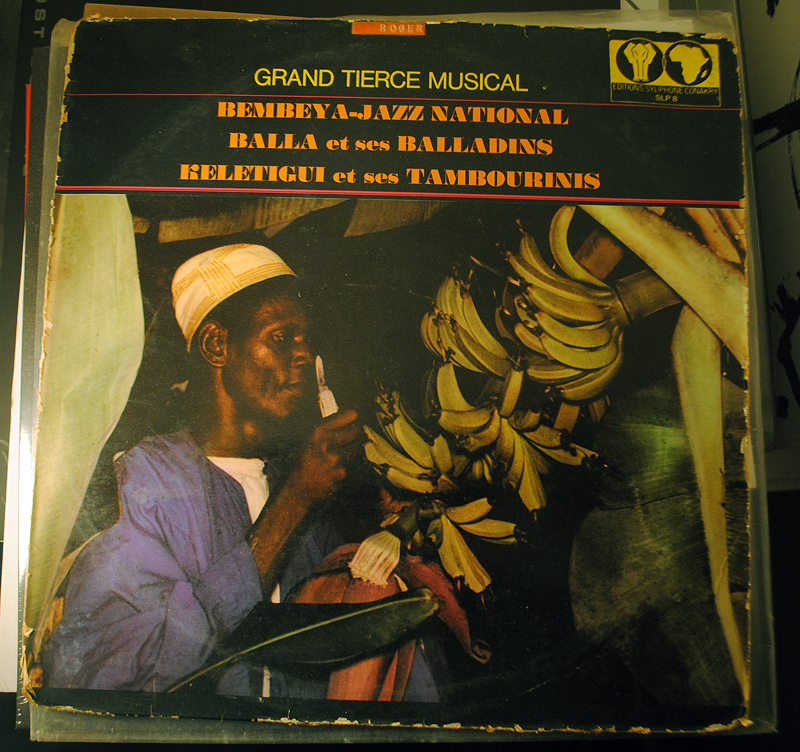 My favourite piece of vinyl. I chanced upon Armée Guinéenne; a seductively dark strain of Highlife, on Jace Clayton’s blog and was hooked. Two years’ hunting and pricey, misinformed purchases later, and I finally got to put the needle down on Sékou Diabaté’s reverb-damaged guitar lines, beaming me a portal straight back to Guinee, 1969.

Halcali - Halcali Bacon (yes this is a CD but shhhh) 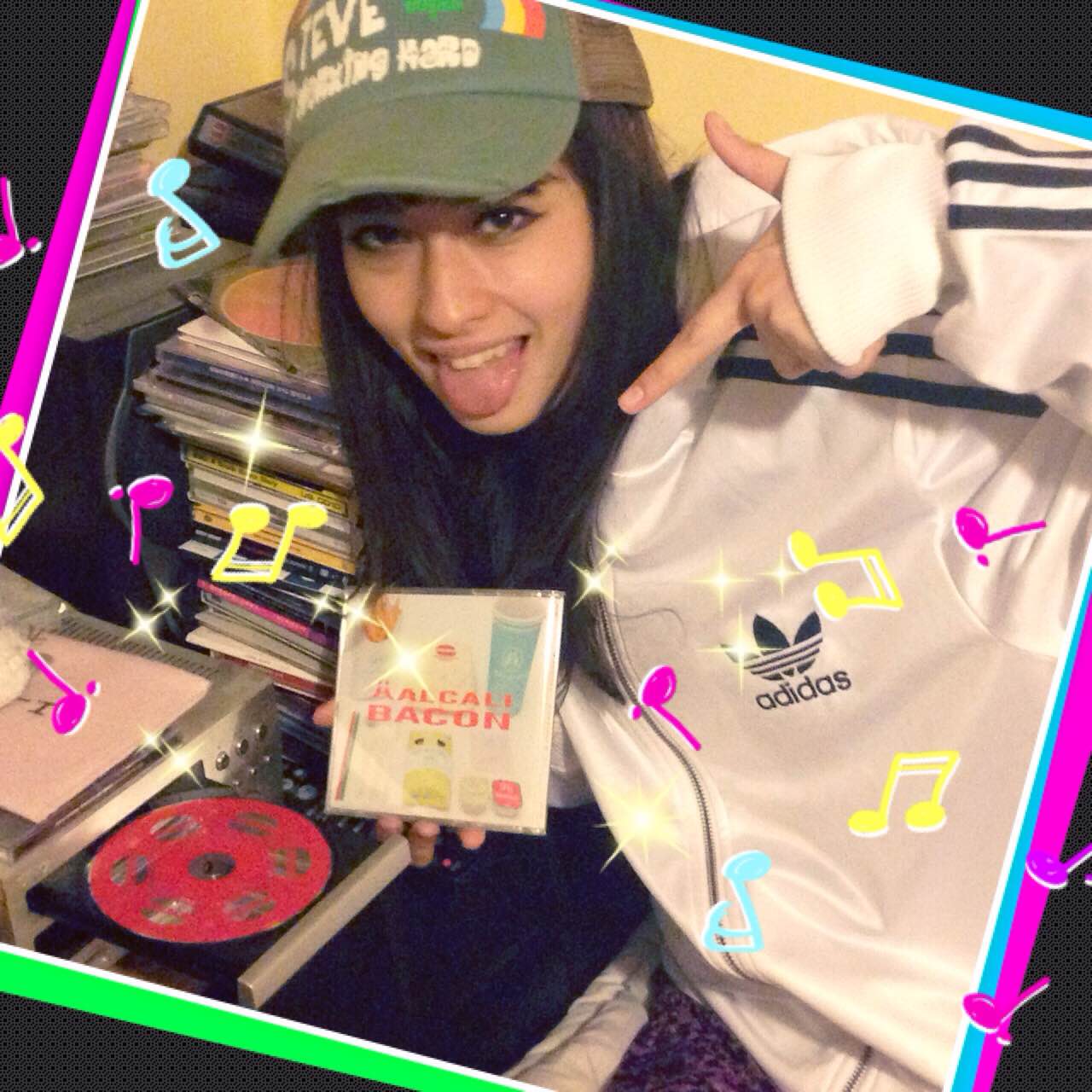 Every single time we DJ from it, people ask what we're playing. The production is heavy, the flow is perfect. It made #5 on the Japanese pop charts. Did we mention they were 15 and 16 at the time?

It never came out on vinyl and was only issued in Japan, so get your Halcali Bacon CD from Amazon Japan today. 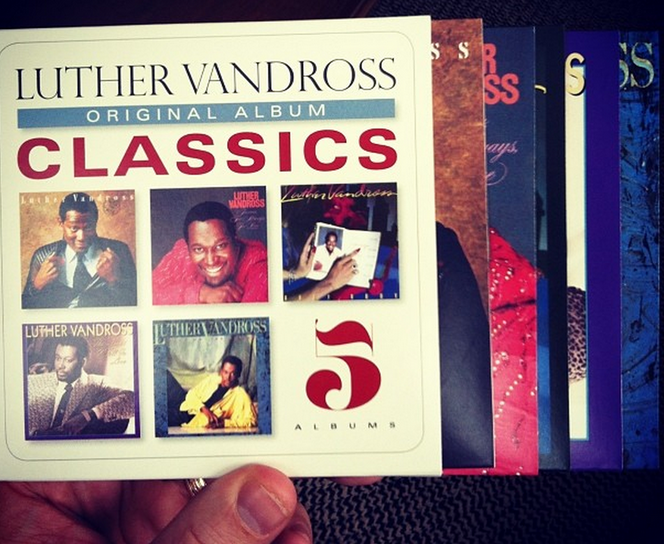 Alright, I know this is technically cheating considering it contains Luther's first five (and best) albums, but there is no way to narrow it down to just one LP with this legend. If I could bring only five albums to a deserted island, it would be these five. I'd argue this is the greatest back-to-back run of recorded music in the history of the world.