Bay Area quintet Ceremony began making noisy post-hardcore that often tipped into power violence back when they first began in 2004. They had a dedicated fanbase who knew exactly what to expect from them, and what they expected Ceremony provided in excellent form. That was until the last time the band released a full-length LP - 2012’s Zoo - which saw them settle in at Matador and embark on a stylistic shift which raised a few eyebrows, to put it lightly. 1960s garage rock, straight-up indie rock and jangly alt-rock weren’t what anyone was expecting, but it’s what they got, and if anyone thinks Ceremony are changing course again on this new record ‘The L-Shaped Man’, then they’re maybe half right.

There’s a punch and a kick to their songwriting again now, and Ceremony are all the better for it.

Ceremony take their name from the Joy Division song of the same name, and ‘The L-Shaped Man’ is the closest the band have come to paying a full-on homage to Ian Curtis’ lot. From the moody piano opener ‘Hibernation’ all the way to the bleak album closer ‘The Understanding’, Ceremony have rediscovered their melancholy and are channeling it through their heroes. There’s a distinct Turn on the Bright Lights-era Interpol feel draping this entire album, from the serrated guitar lines on the riotous ‘The Pattern’ to brooding and swelling downtrodden anthem ‘Bleeder’. There’s a punch and a kick to their songwriting again now, and Ceremony are all the better for it.

Fans of the band’s angrier, pissed off side should definitely invest some time in this album. It’s all a bit “sad, mopey, chin-scratchy bastard” music rather than “visceral, fist-pumping anarchist”, but the bite is there - in the gnarly and grabbing vocal delivery on ‘Root Of The World’; in the militant rhythms and shrouded darkness of ‘Your Life in France’ and especially so in the aforementioned ‘Bleeder’, which is without a doubt the record’s crowning, truly pummelling moment. They might not have returned to their hardcore roots, but Ceremony have veered off into an abyss of misery of despair again, and they’re back on track because of it. 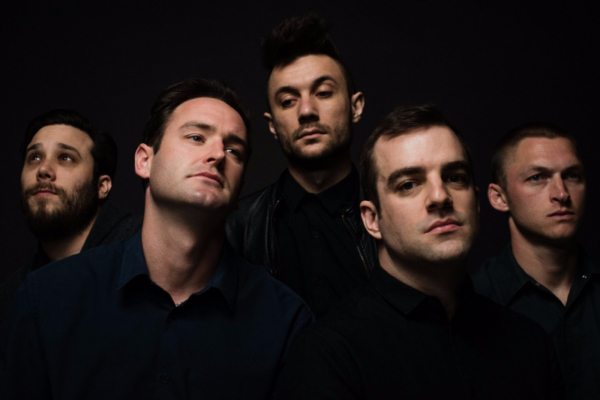 The band are currently in the UK and have now scheduled another appearance in the capital.

London will host the post-punks next Friday.

Dates include an appearance at London’s Visions Festival.

Ceremony: “This album is very personal and a big leap for the band”

The band’s Anthony Anzaldo offers up an insight into their new emotionally-wrought fifth record.