At the start of this year, Marvel Comics decided to get swept up in the Run the Jewels love by devoting two of its exclusive covers with characters from the series.

But Marvel’s gone even further with yet another exclusive edition printed to honour Run the Jewels. This time, ‘Deadpool’s Secret Secret Wars #1’ has been released. Check it out below.

Marvel editor-in-chief Axel Alonso has previously spoken about his love of Run the Jewels’ visual aesthetic. El-P also told Rolling Stone: “Comic books are a part of the creative world of a kid in an urban environment. You might not admit it on record, but you talk to almost every rapper — we all grew up with that shit. I guarantee you like 80 percent of any rappers that you meet probably went through a large comic book phase.” 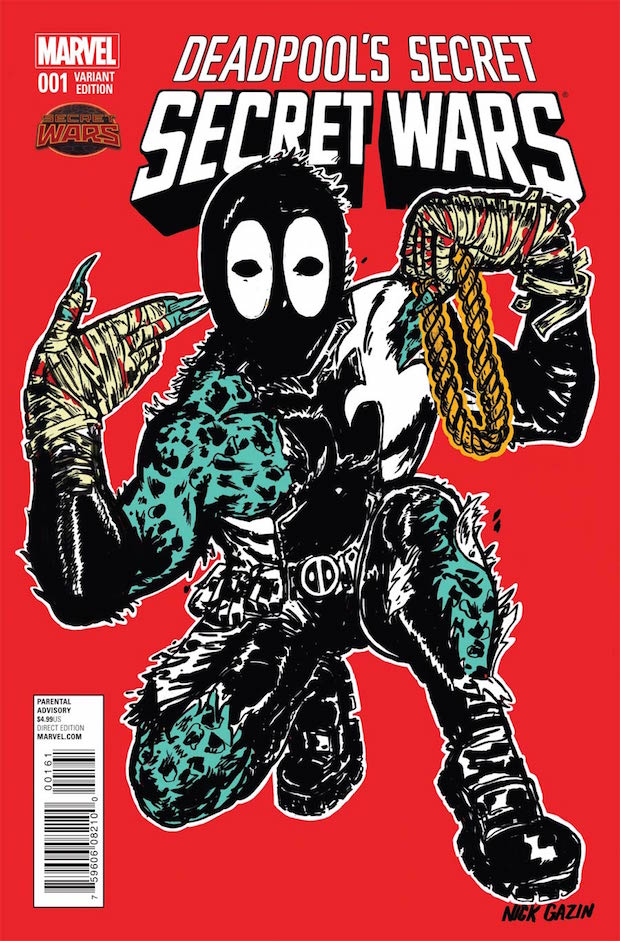