They might be one of the biggest British bands in the world, waiting in the wings to step up as festival headliners, but its not always been like this. Bombay Bicycle Club first started out aged 15, as The Canals, and they were still in sixth form when they started to receive label offers. Their generation-capturing debut ‘I Had The Blues, But I Shook Them Loose’ arrived when the band left school. Having shared a classroom with a crop of bands including Cajun Dance Party, Theme Park, and Fryars, Bombay Bicycle Club went on to take a central role in giving platforms to rising artists. Giving them support slots in huge venues - often very early on in their careers - bands who have toured with BBC frequently talk of how encouraging and inspiring the band are to new talent.

Bombay Bicycle Club, fka The Canals, originally formed to play a school assembly. Theme Park’s Marcus Haughton was another pupil at Hampstead’s University College School, and he was in attendance at the slightly unconventional debut live outing, along with his bandmate, and brother, Miles. “It was one of the first times a band had played in assembly and it went down very well,” remembers Marcus. “I think they played three songs, most of which featured on ‘I Had The Blues, But I Shook Them Loose’.”

Lucy Rose - who has since appeared live with the band, and sung backing vocals on several Bombay Bicycle Club albums - also remembers following the band back in the early days. “I remember listening to them a lot on Myspace before ‘‘I Had the Blues, But I Shook Them Loose’ came out. and being pretty obsessive about them,” she tells us. “That’s how I met them, by going to watch them play a small acoustic gig at The Old Queens Head and talking to them afterwards.”

Sivu has supported the band on tour several times over the year, and he also handed over his own song ‘Can’t Stop Now’ to the band’s Jack Steadman for a remix (“to this day I think that remix is better than my original version,” he openly says. “I have no shame in saying that either.”). Like many of Bombay Bicycle’s young fans, Sivu was in the process of moving away from home for the first time when he fell in love with their debut. “I remember first hearing about Bombay Bicycle Club like a lot of people,” he starts. “I think after they released ‘Always Like This,’ I became instantly obsessed with that song, and that bass line! I remember relentlessly listening to it in my car while I was moving all my stuff from my parents house to London.”

“I must admit that I didn’t actually get into Bombay until ‘Flaws’,” admits Rae Morris, who has toured with the band, and given her backing vocals to ‘Luna’ in 2014. “I knew about ‘I Had The Blues…’ as I think ‘Always Like This’ was a song that got regular play in our local indie haunt in Blackpool. In 2009 I was 16, and was only just finding my musical feet. I really fell in the love with the songs from ‘I Had The Blues…’ on a deeper level when I began touring with the guys in 2012. ‘Evening/Morning’ became an instant favourite; Ed [Nash’s] bass solos were like nothing I’d ever seen before. When I listen to it now I feel such a rush of excitement.”

“I think for me, that album embodies everything that being young is,” continues Rae. “It's a record that you want to know every word to, and you want everyone else around you to experience. Bombay Bicycle Club really captured a generation and drew them in. For me, Jack's vocal is always the most memorising element; it’s as though you have a friend in him, and every word could be for you. I really connected with that.”

“It's massively influenced me and inspired me and many of my friends who write music,” adds Lucy Rose. “I think that's why it's so important. I feel like it's a record that made a lot of kids pick up the guitar in the first place.” Lucy Rose is in agreement with Rae Morris about the central importance of Jack Steadman’s unique, trembly vocal. “I think I have to mention Jack's voice. It's my all time favourite male vocal for so many reasons,” she says, “its fragility and strength, but many because of his originality. I've never heard a voice like his.”

“I think for any album to hold its weight for any length of time, it always just comes down to the song,” points out Sivu. “No matter how it's dressed up. I think that is why Bombay Bicycle Club are so good at what they do. They can always afford to experiment, because at the core of everything is an amazing song. ‘I Had The Blues, But I Shook Them Loose’ is a true testament to that, and it 100% inspired me as a writer to always start with the song.”

Rae Morris first picked up widespread attention when she sang on ‘Luna’ from the band’s 2014 album ‘So Long, See You Tomorrow’. Bombay’s experimental approach in the studio, she says, was a direct influence on the shape her own music took. “ Jack [Steadman’s] very natural way of being in the studio taught me a lot about myself,” she says. “Every other studio environment I'd ever been in had been so strict and technically 'proper'. He stuck a mic in front of me in his small and humble space, and I sang in a way I never had before; no boundaries or rules. Following 'Luna', I thought I better write some more songs cause my voice sounds damn boring on everything else!”

Besides having a right old debut album love-in, Sivu, Lucy Rose, Rae Morris and Theme Park all highlight the importance of Bombay Bicycle Club’s continued role in giving new artists huge stages. All four acts were championed by the band very quickly in their respective careers, and they’re all in agreement that Bombay Bicycle Club’s early support was a huge boost, both to their fan bases, and to their confidence.

“It took me years to get my head around the fact that they might want to be friends with some weird working class Northerner!” jokes Rae. “I don't think I can even really understand how impactful the support of Bombay Bicycle Club has been for me. I think that perhaps being accepted by such a well-respected bunch of musicians and offered into their circle was most impactful part of it all. In the beginning, the industry is big and scary. As soon as I had a place within the Bombay circle it all felt easier to digest.”

“I think our 5th show ever was the beginning of the Bombay tour,” says Theme Park’s Marcus, looking back. “It was our first tour as a band, so it was really exciting to be playing such big shows so early on. It's quite rare that bands get to choose exactly who goes on tour with them as it's usually dictated by their labels and management. It’s really refreshing when bands like Bombay Bicycle pick artists whose music they like.”

“To be championed by a band like Bombay Bicycle Club is such a compliment,” says Sivu. “They are music lovers and are forward thinking in every aspect - you can see it by the success of Lucy Rose and Rae Morris. Having an opportunity to learn from a band like that is a dream for any new artist. They have a great ethos. Bombay gave me an opportunity to play to thousands of people every night in such beautiful venues. To be given the chance to support them at the last ever gig at Earl's Court was just so surreal, and such a beautiful memory. I made a lot of new friends on that tour. I don't think I have enough words to thank them for that.”

As for their favourite songs from ‘I Had The Blues, But I Shook Them Loose,’ everyone has different favourites. For Lucy Rose, it’s all about ‘What If’. “The lyrics and the music are brave and youthful,” she justifies, “and it's awesome live.” “My favourite song on that album is 'Dust on the Ground'” starts Sivu. “Firstly, I love the way the lyrics are so beautiful from the start. 'It's that ancient love.." building against the quite aggressive guitars and drums. The song subtly builds into this big instrumental release. It’s genius.

“In all honesty, they are the greatest, most lovely, talented boys I've ever come across,” summarises longtime collaborator Lucy Rose. “I've had the most amazing few years working and touring with them, some of the best times in my life really. I feel honoured to call them friends. ‘I Had The Blues, But I Shook Them Loose’ is still to this day, one of my favourite records. I definitely had a feeling they were going to be massive.”

For DIY’s full Hall of Fame coverage on Bombay Bicycle Club's ‘I Had The Blues, But I Shook Them Loose,’ head here. 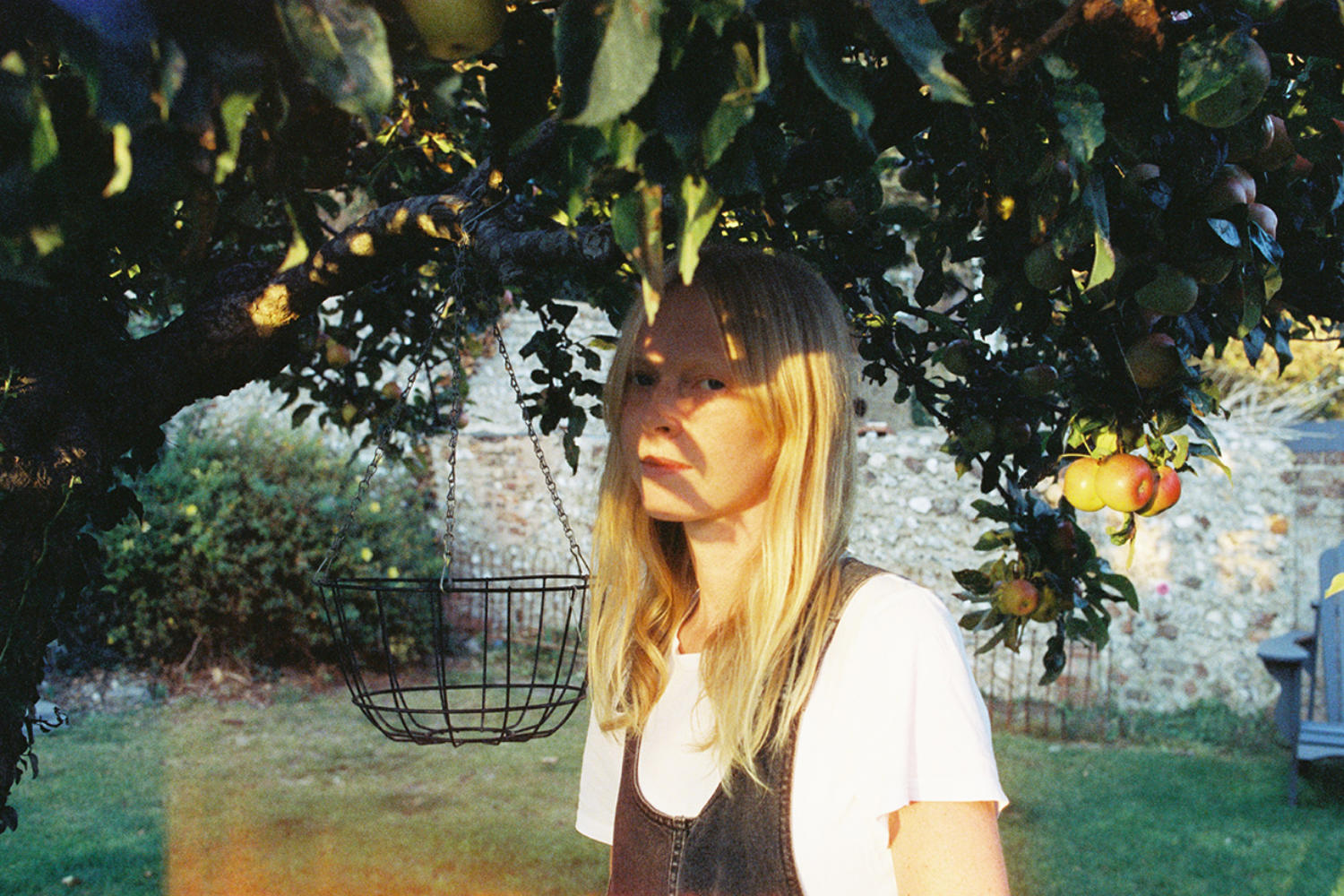 Loyle Carner, Everything Everything and Nadine Shah will also play the date.