Last week, we decided to do something about this heatwave and put on some free shows with some of our favourite bands.

Now we’re excited to confirm Kid Wave as one of two previously unannounced headliners. We’re still keeping one a secret - you can’t have everything at once. Pfft.

Kid Wave released their ‘Wonderlust’ album earlier this year on Heavenly Recordings. It’s a sky-reaching echo chamber of escapism, and the band are already a beloved London staple. They top a bill that also features St. Tropez, Dolores Haze and Bleeding Heart Pigeons.

Check out the full line-up below. Once again - all these gigs are free entry. Age restrictions apply. 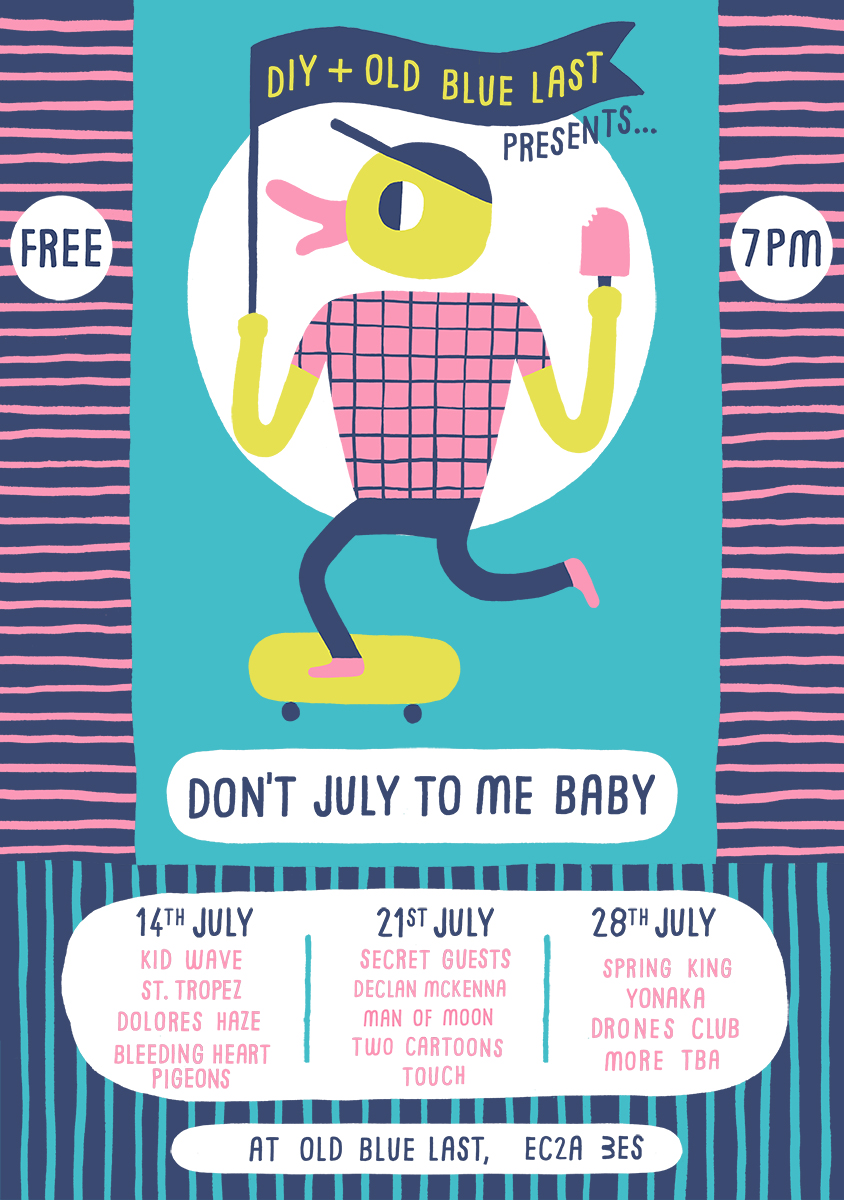