A couple of months after releasing ‘The Magic Whip’, Blur are officially dishing out the raspberry ripple ice cream that dons the cover art.

The band’s own brand of frozen goods are being delivered to UK Co-Operative supermarkets, where they’ll be available from today (Wednesday 8th July).

Each tub comes with a download code for Blur’s ‘Y’All Doomed’ track, plus details for a competition to win all the merchandise from ‘The Magic Whip’ tour. 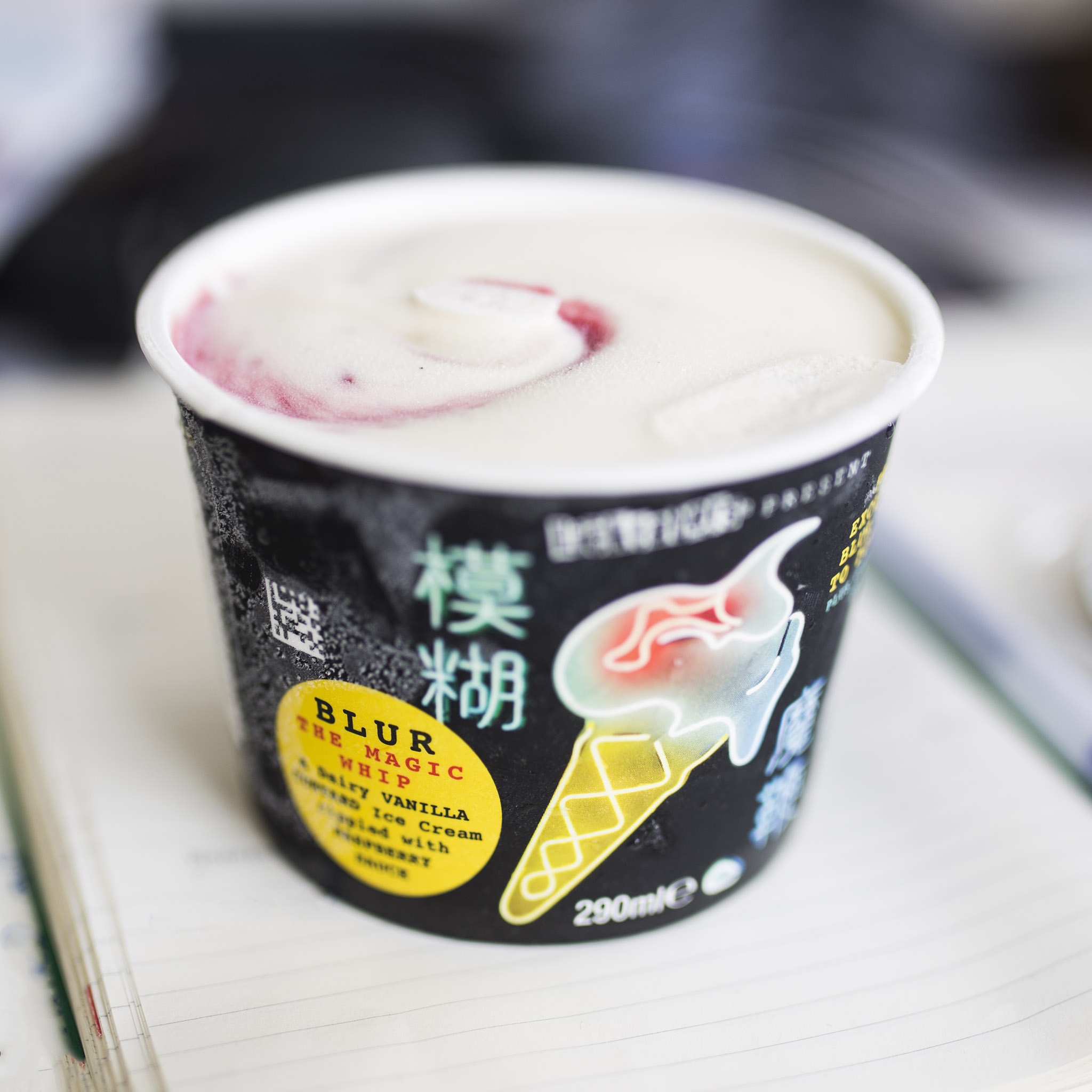