Sitting somewhere on the outskirts of Gold Panda’s sample-heavy early recordings and Bonobo’s lulling horn-led material is Slime, a lesser-known but equally exciting producer. Real name Will Archer, he put out a handful of exciting early tracks back in 2012. And despite a swell of attention, he decided to retreat, re-emerging years later with a debut album, due out this summer.

Archer’s relationship with electronic music doesn’t exactly take the standard route. He used to stand nearby a local record shop in Newcastle, with a placard pointing customers the right way. In return, he received payment in white labels and LPs. A group of friends in the area started putting on nights, but Archer swiftly left his hometown for a degree in Sound Design, when he turned eighteen. Right now, however, he’s stuck in Paris. “There’s fuck all happening here,” he quips. “That’s probably my complete ignorance. But I’m counting down the days to go back to London.”

A move to France’s capital came about because he “just fancied a change,” but since relocating he’s been handed a “solitary deal.” Few friends for company, he’s used the time to make music that’s “less formulaic” than the material on his debut. Already thinking several steps ahead, isolation has left him recording “pots and pans” sounds as field recordings and making music that’s “all over the place.”

The record he’s about to put out is otherworldly enough. Horn sections splatter, hushed vocals simmering out of consciousness. It’s music that places soul inside electronic music, rather than bridging any kind of gap. “I’m not a recluse or anything,” Will says, “but I make music for myself. I don’t think anyone makes music for other people, unless they’re in it for a different reason. Anyone who’s artistic in any way, they do it for their own self-gratification. It’s their source of well-being. It’s a necessity rather than a job. It’s just a way of feeling good. It’s one of the very few things that makes a big effect. If that’s not going well, then nothing’s going well. They’re completely dependent on each other.”

Your album is called ‘Company’, but you don’t have seem to have any at the moment. Is it an album that details a sense of isolation?

Not intentionally, but if that’s the way people wish to interpret it, I’m all for that - because it’s a powerful thing. It definitely wasn’t what I was going for. I suppose the only reference to being alone is the fact that the music was created in isolation. But that’s not to say I’m a recluse or anything. 99% of the time I’m making music on my own. There’s occasions when things happen and other people are on board. The actual writing process is definitely done in isolation.

Is being in your own space the most important part of making music?

You can be in your own space and still be incredibly uncomfortable. Some people are just more honest when they’re by themselves. There’s no risk. But when you’re doing something that exposes yourself, there’s a risk of it being judged or taken the wrong way. It’s best to be alone when you’re doing the most important stuff.

You spent some time away from the ‘spotlight’. Am I right in thinking the drums are the first instrument you took to?

I don’t know if there was ever a spotlight to come out of, to be honest. Extremely niche. But drums are the first thing that overtook everything else. I don’t think there’s any point in pretending - there’s a huge difference between someone who is able to play so many instruments to a high level, and to be able to do that - there’s hardly anyone who can do that. I certainly don’t put myself under that category. But to be able to get by, you know the basic mechanics of the instrument. You can play endlessly until you achieve something. That’s a better description of what I do. And then you’ve got to introduce it to a live setting. 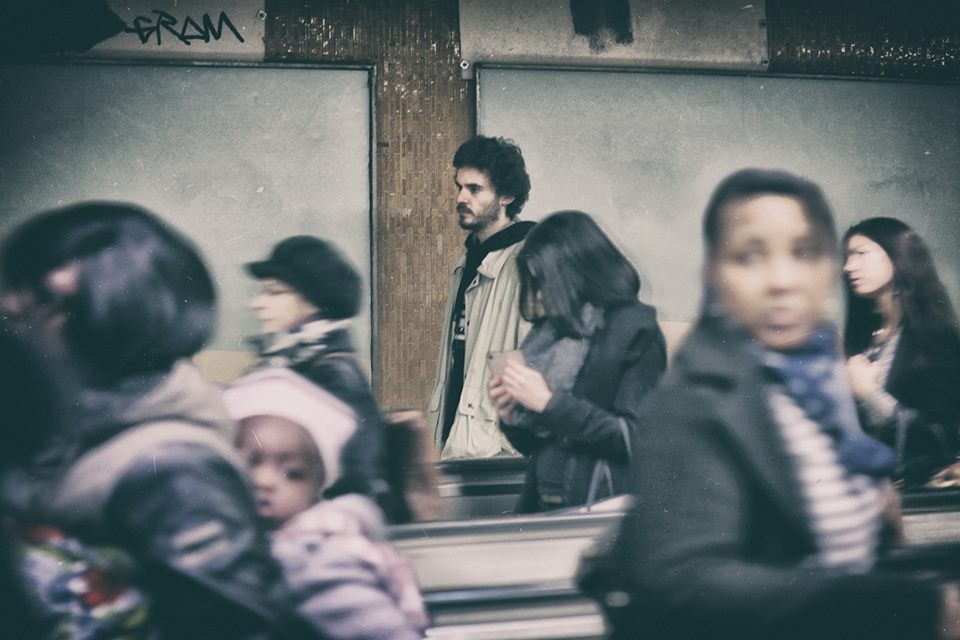 “Anyone who’s artistic in any way, they do it for their own self-gratification. It’s their source of well-being.”

How did you initially get into electronic music?

Newcastle, I suppose. There was quite a good group of active people, all doing their own thing. There was one record store - me and my friend would hold signs pointing people that way. And we’d get paid in records. All our mates were putting on nights around the area. We’d have the posters up in the store. And we’d eventually form small little labels, doing their own parties. All very local stuff.

Oh Paris - there’s fuck all happening in Paris. That’s probably my complete ignorance. But I’m counting down the days to go back to London.

Do you make music for yourself?

It’s 100% for myself. I don’t think anyone makes music for other people, unless they’re in it for a different reason. Anyone who’s artistic in any way, they do it for their own self-gratification. It’s their source of well-being. It’s a necessity rather than a job. It’s just a way of feeling good. It’s one of the very few things that makes a big effect. If that’s not going well, then nothing’s going well. They’re completely dependent on each other.

Was there ever a time when making music stopped being fun?

In the last year and a half, I’ve become ultra-critical of myself. As soon as something’s not happening, it’ll just be completely disregarded and thrown to the bottom of the pile. Maybe it’ll click a few months later. It’s only a good thing, being that critical. But you’ll feel down for a while, because it will feel like you haven’t done anything good for ages. It’s not so much a brick wall, just a steady stream of useless stuff. The more you do, the further away you get from the good stuff. If you’re making music every single day, or if you do anything for every moment of every day, it’s impossible to make that fun the whole time. In the morning, it’s about getting yourself in the right mind-frame. It’s a battle. Everything’s gotta be right in the house. And then maybe some stars align and something will happen. For me, you can’t just do it half-arsed. Everything’s gotta be pushed to the side. 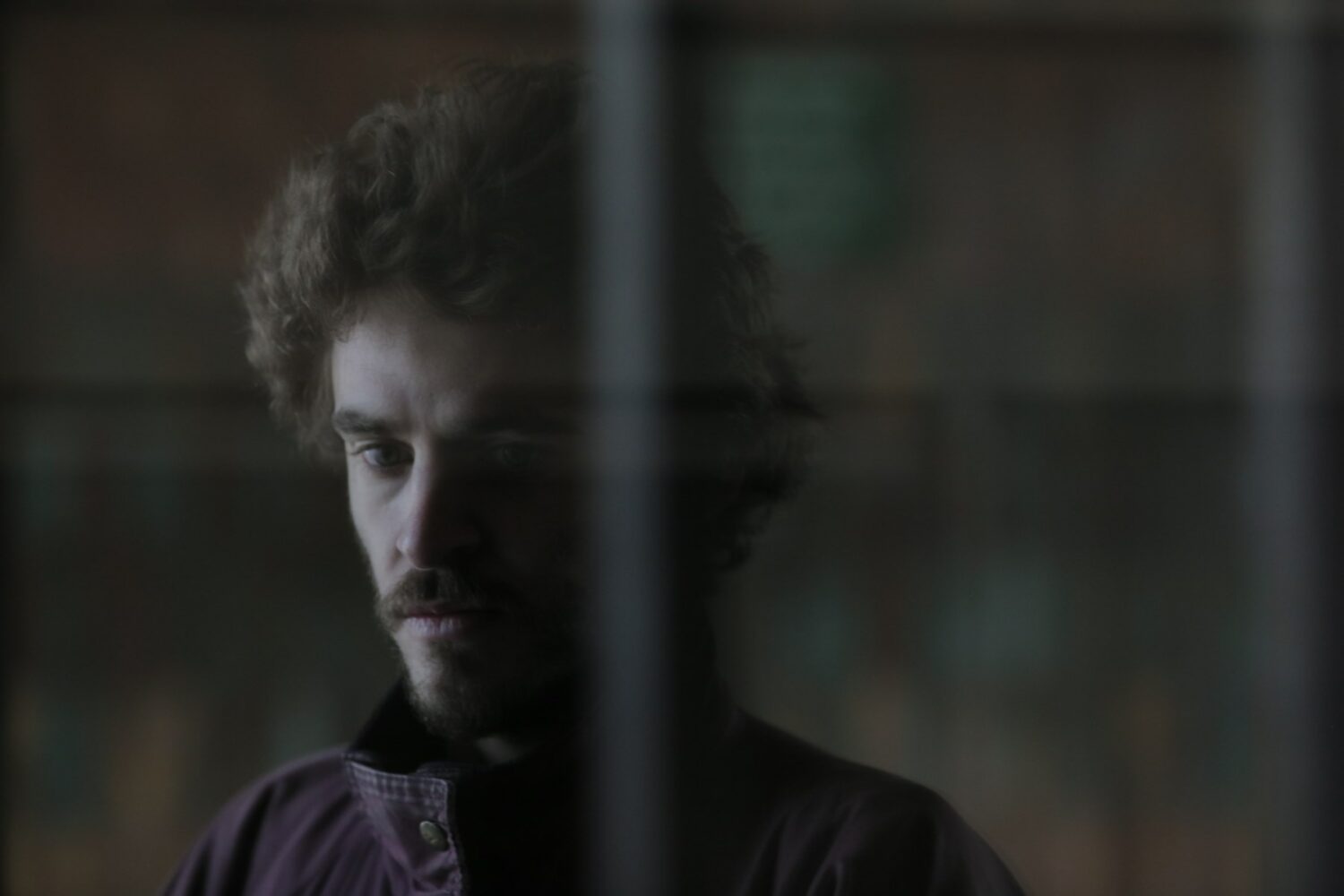 Will Archer also announces a first live show in London this September.