In the darkened underground of The Laundry, Oscar’s potent brand of dream pop brings Hackney to life with a natural ease, enchantment growing as the gathered start to sway and swoon where they’re stood. “It’s great to see you all, I think” frontman Oscar Scheller chuckles as he squints through the stage lights. On long-time favourite ‘Sometimes’ Florence Van Camerijk momentarily takes the lead on vocals. Playing her last song at her last show with the band, the response is instantaneously ecstatic.

That enthusiasm builds into excitement as Girl Band ready to make the stage their own. Frontman Dara Kiely prowls and growls menacingly out of the darkness as music thunders through the speakers. The group’s drawn out numbers tear out of their form, ripping through eardrums with a volatile energy. Raw, scathing, and entirely unhinged, with barely an unscreeched word, the Dublin quartet leave ears ringing and heads spinning.

In complete contrast, Hinds’ performance seems to emit the same scorching sunshine that floods Hackney’s streets. “We’re from Spain”, the band state “but this is HOT!” The rising temperature doesn’t subdue the frenzy as the four-piece meander through a set of already-favoured tracks. Promoting the three records they have left to sell that day, the band launch into ‘Davey Crockett’. Aiming to end with an explosive impression, they take a stick to a giant eyeball piñata suspended by the stage - unleashing a trickle of streamers and a single balloon. 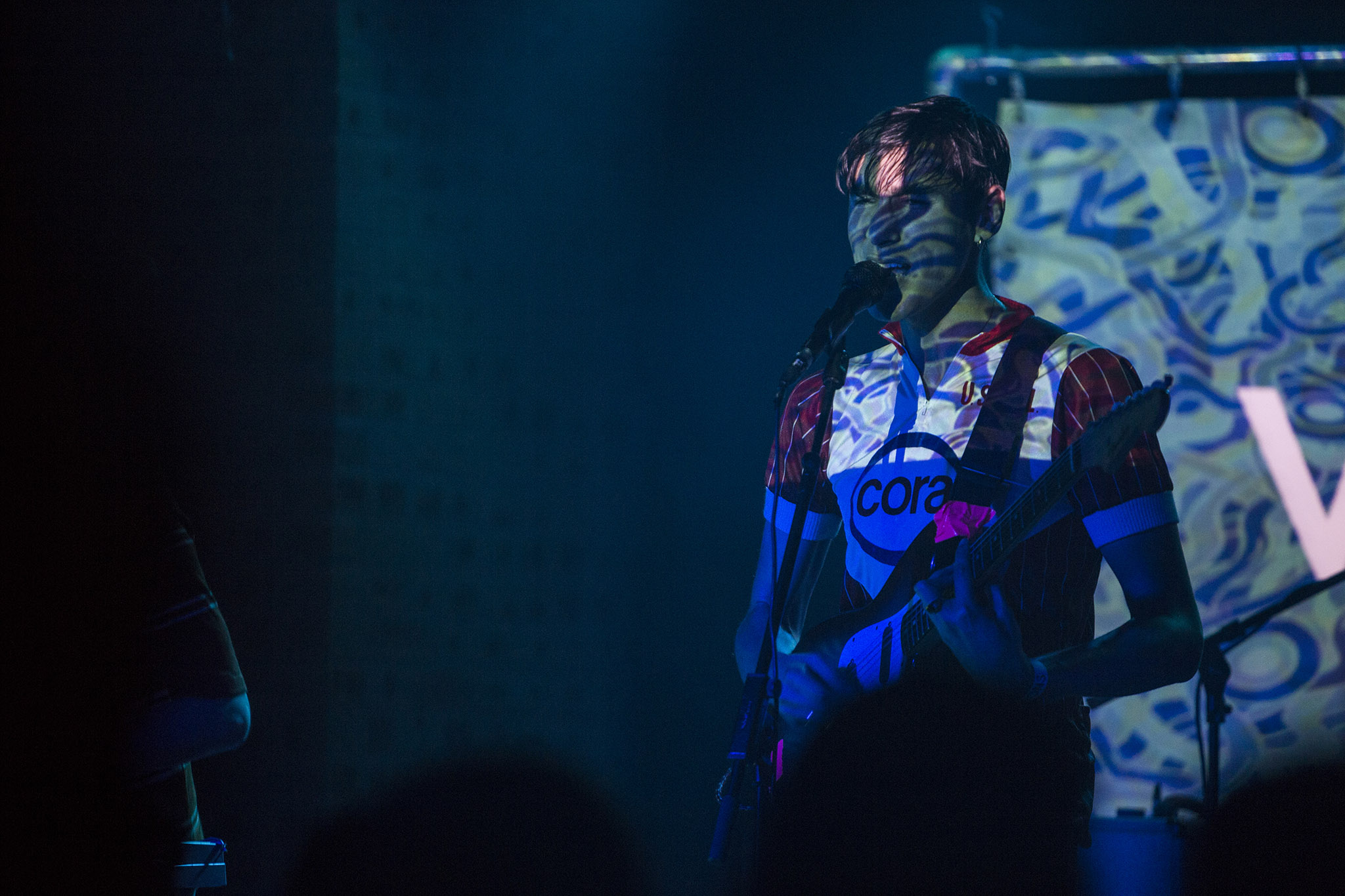 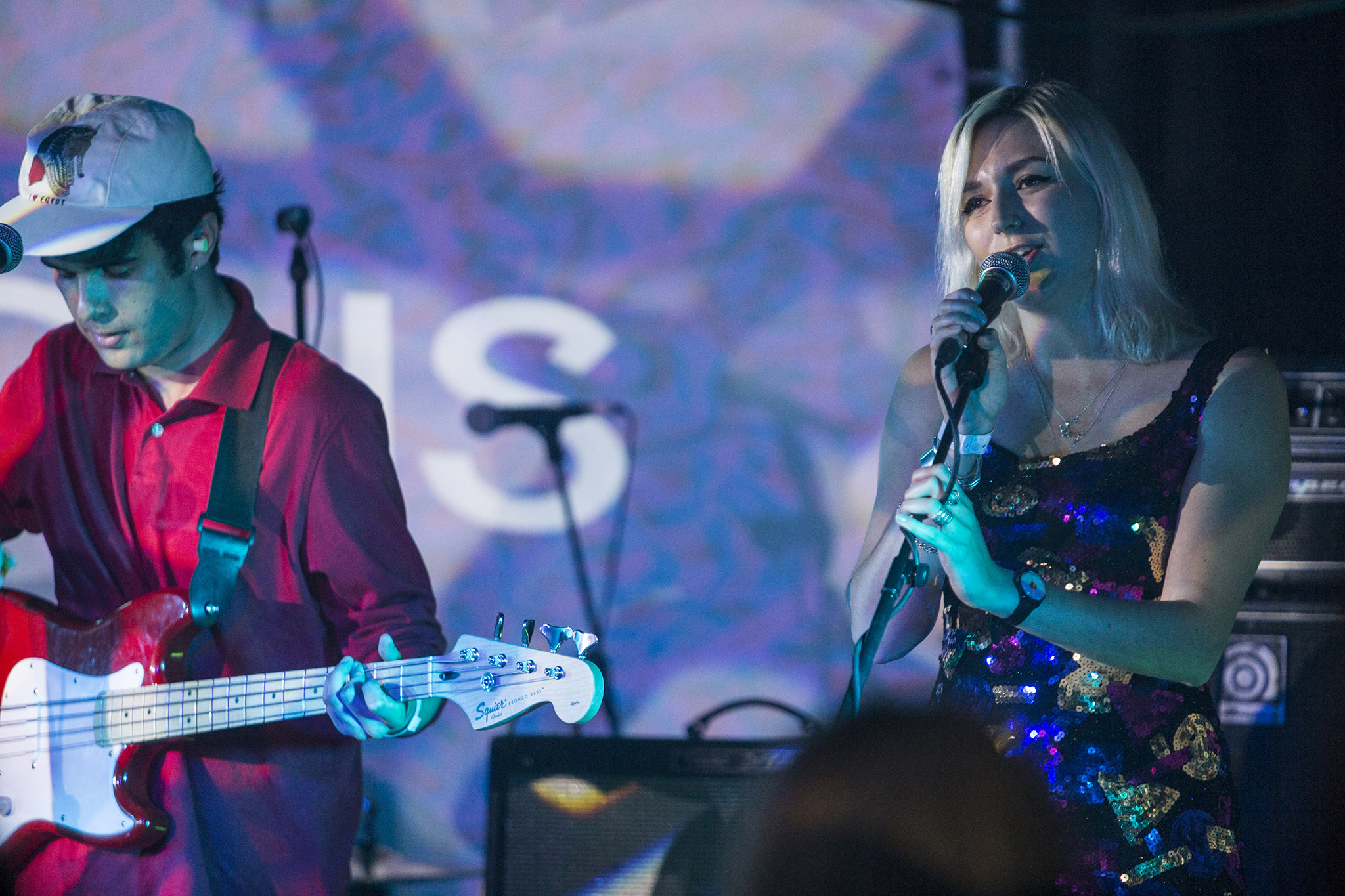 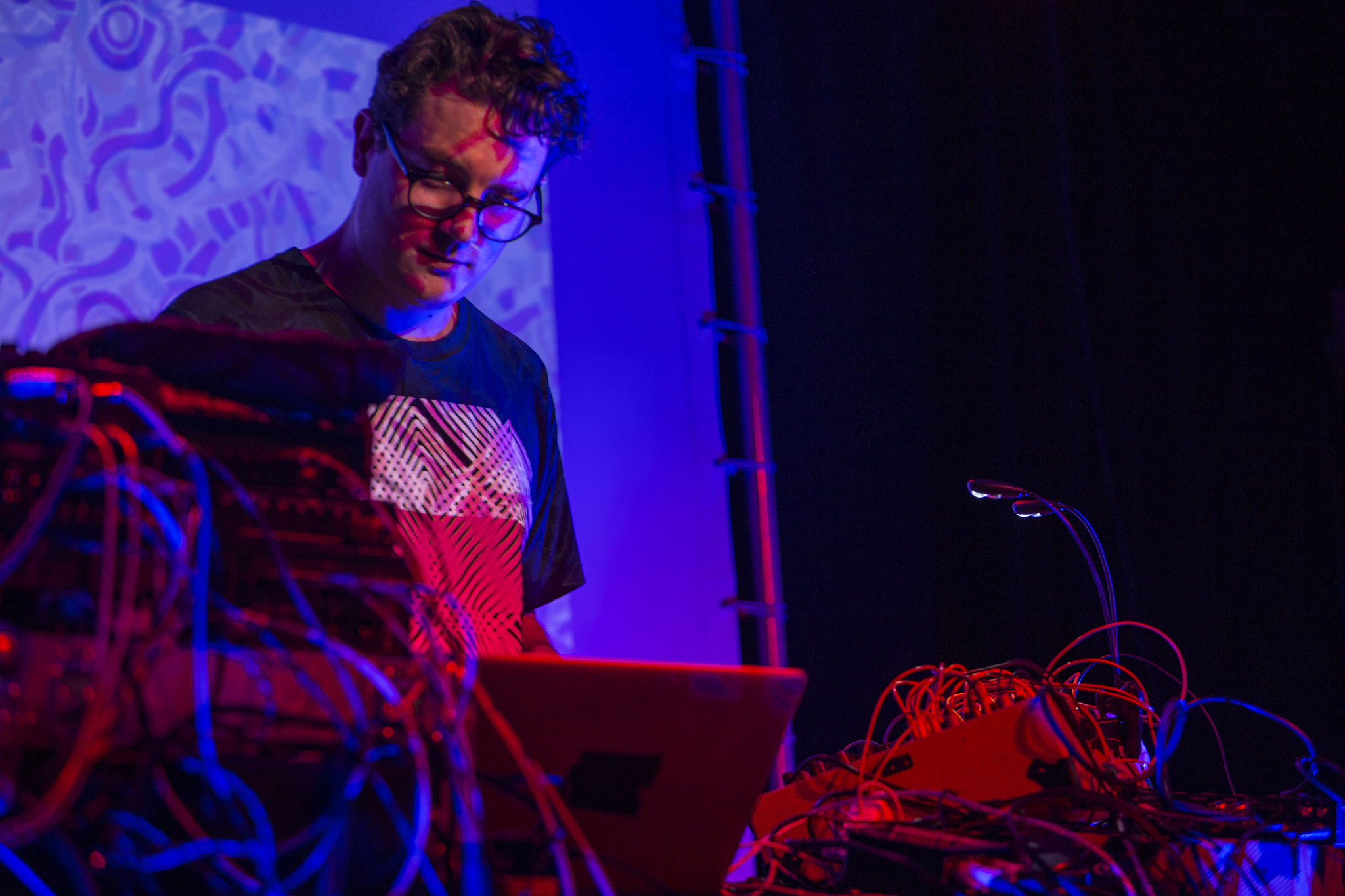 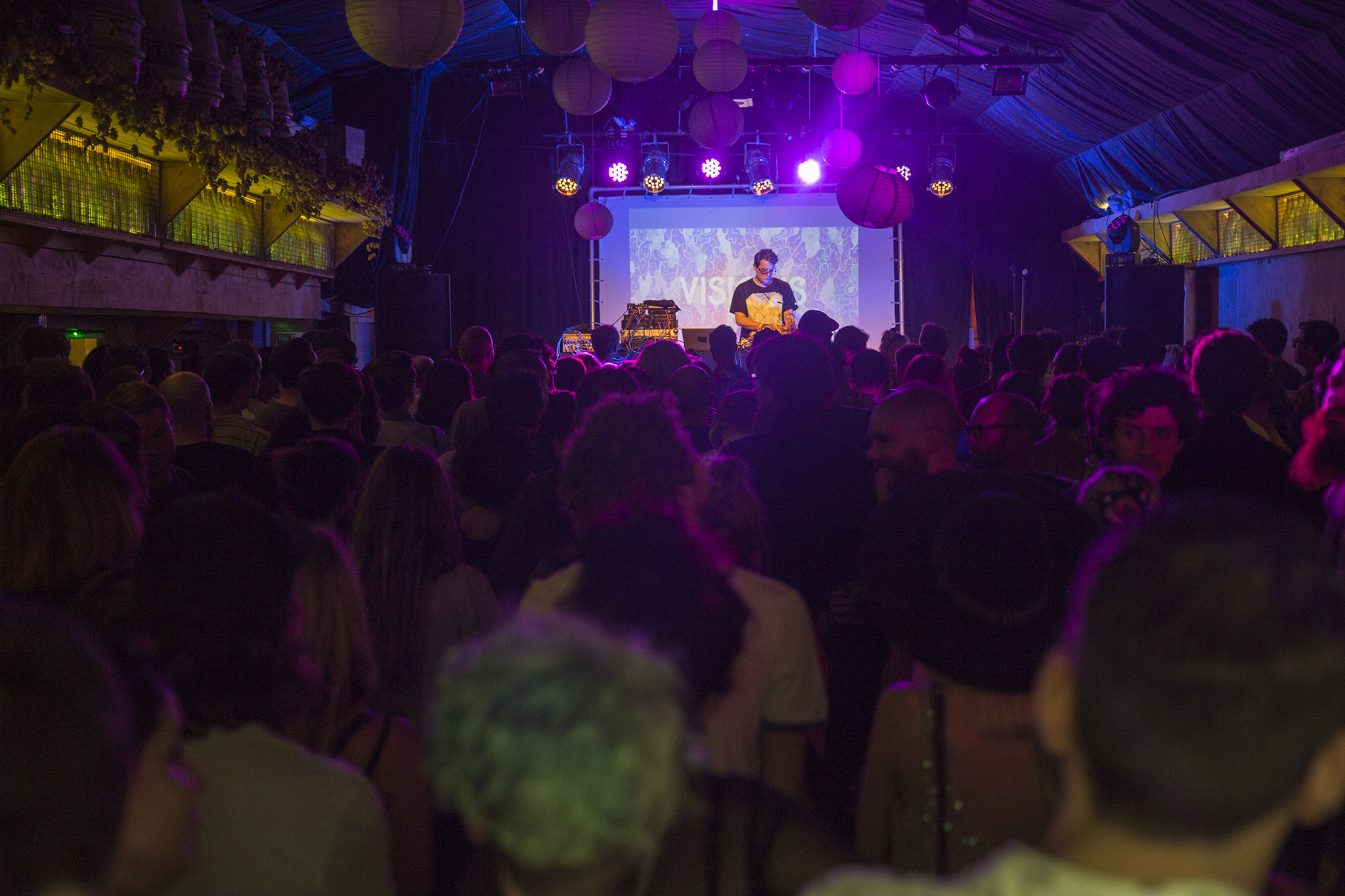 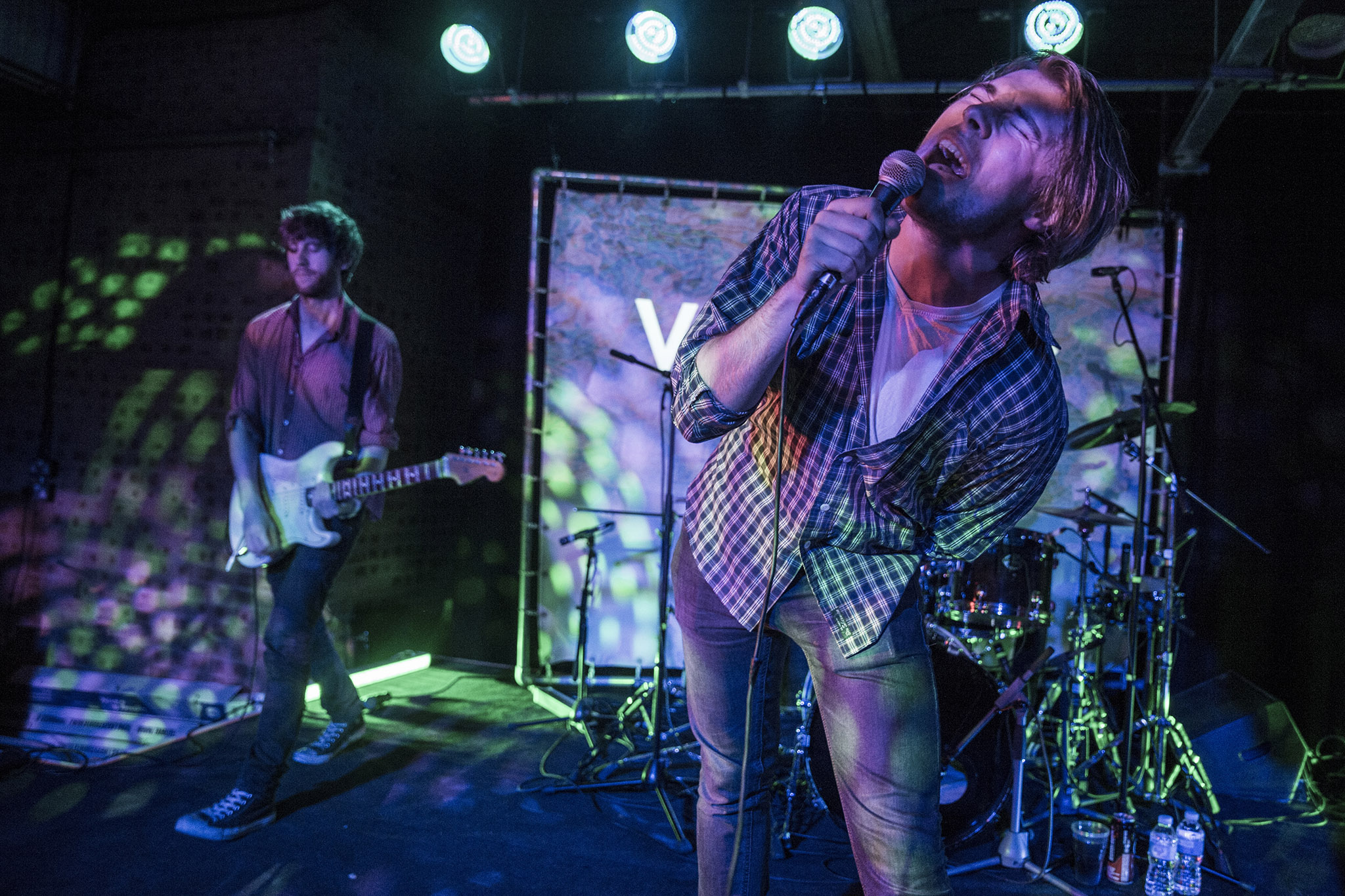 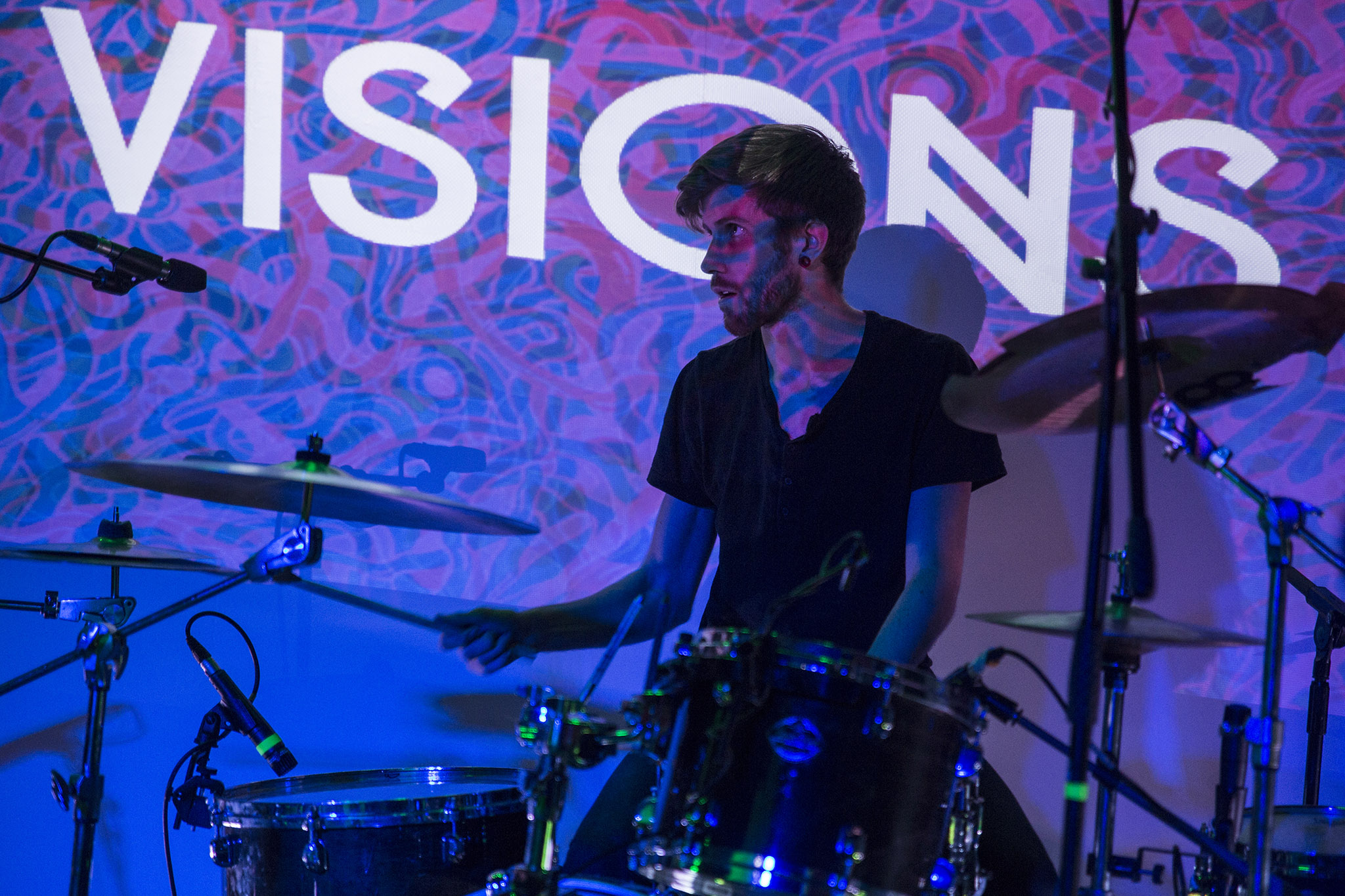 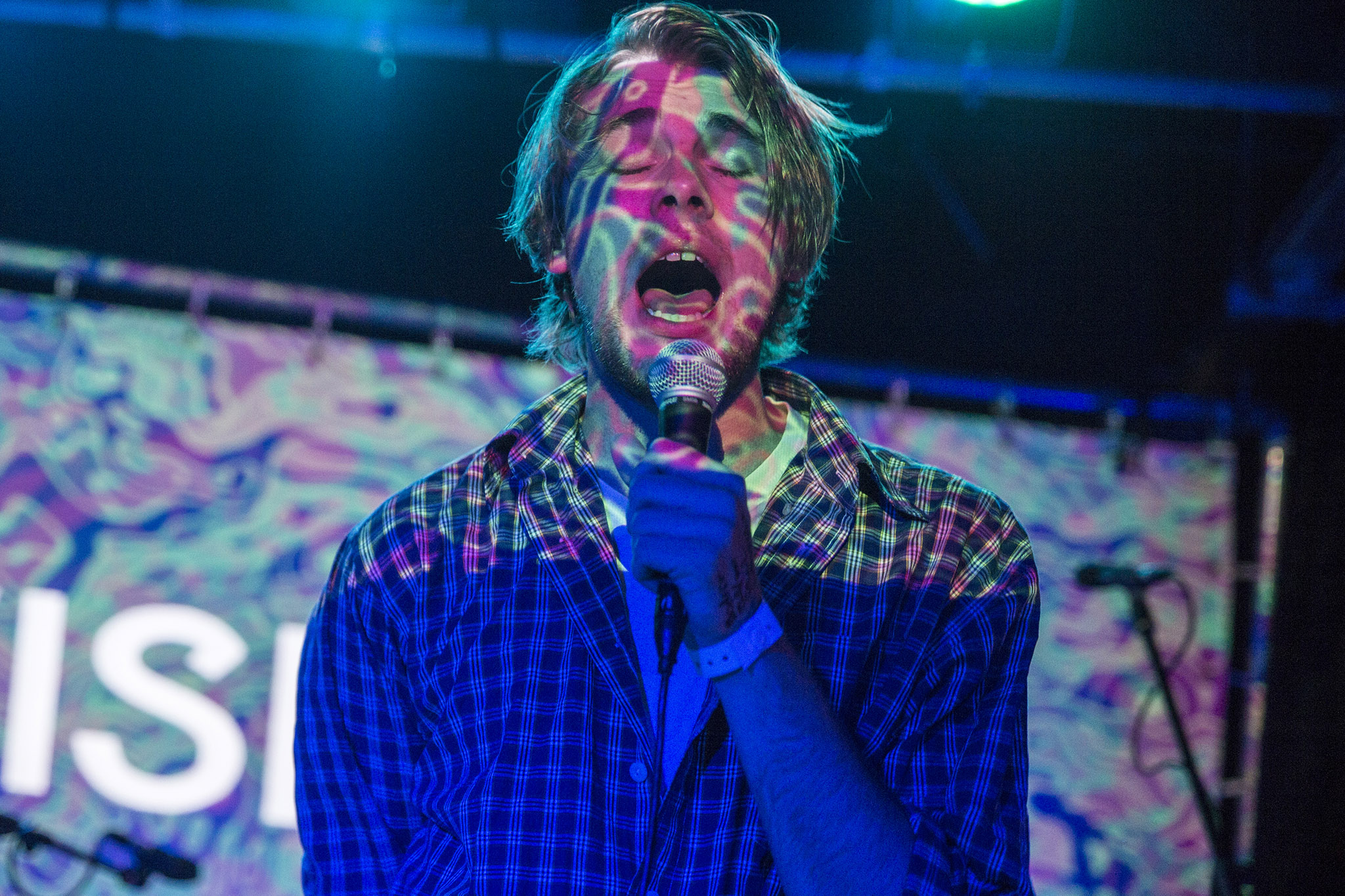 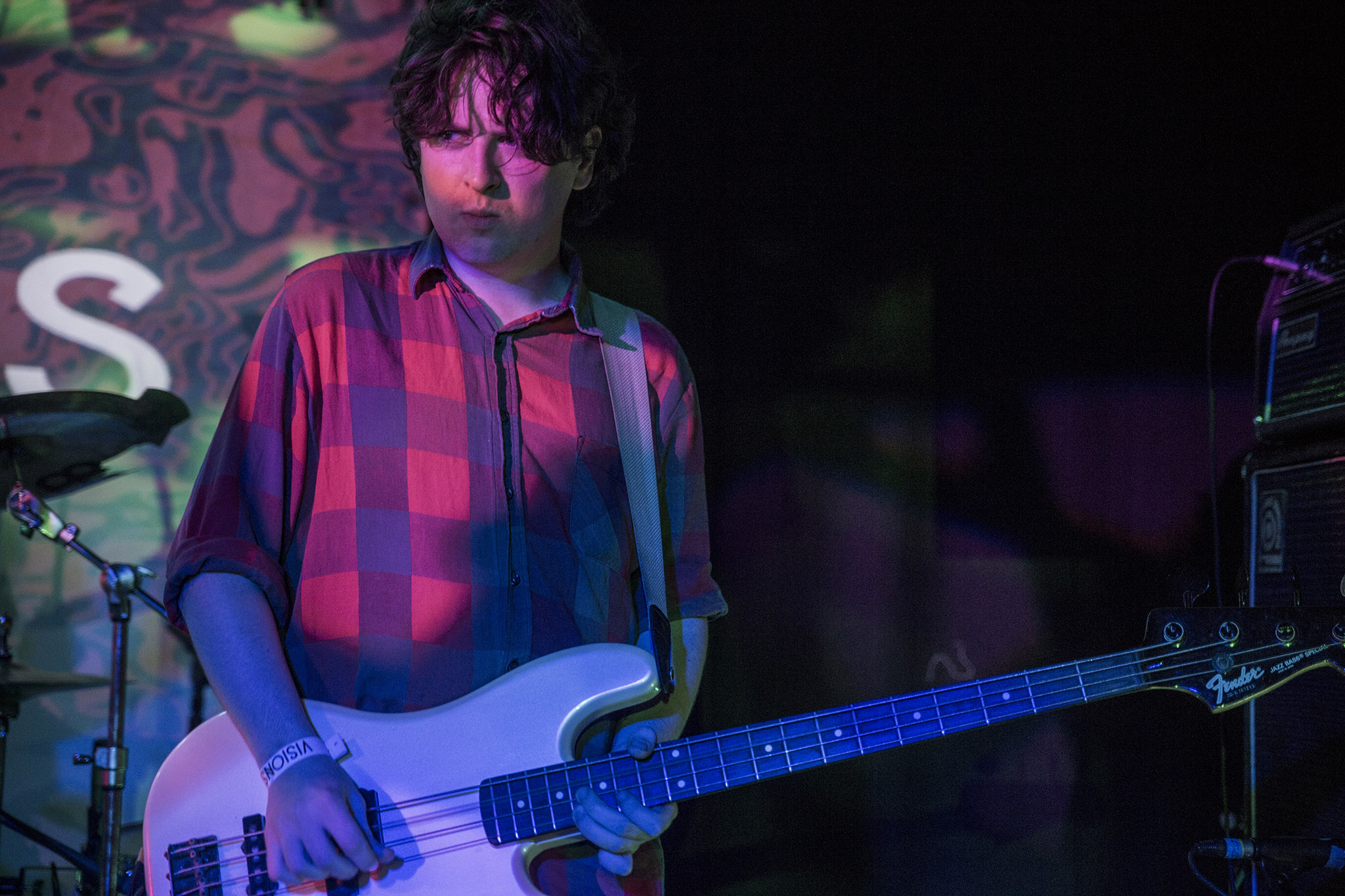 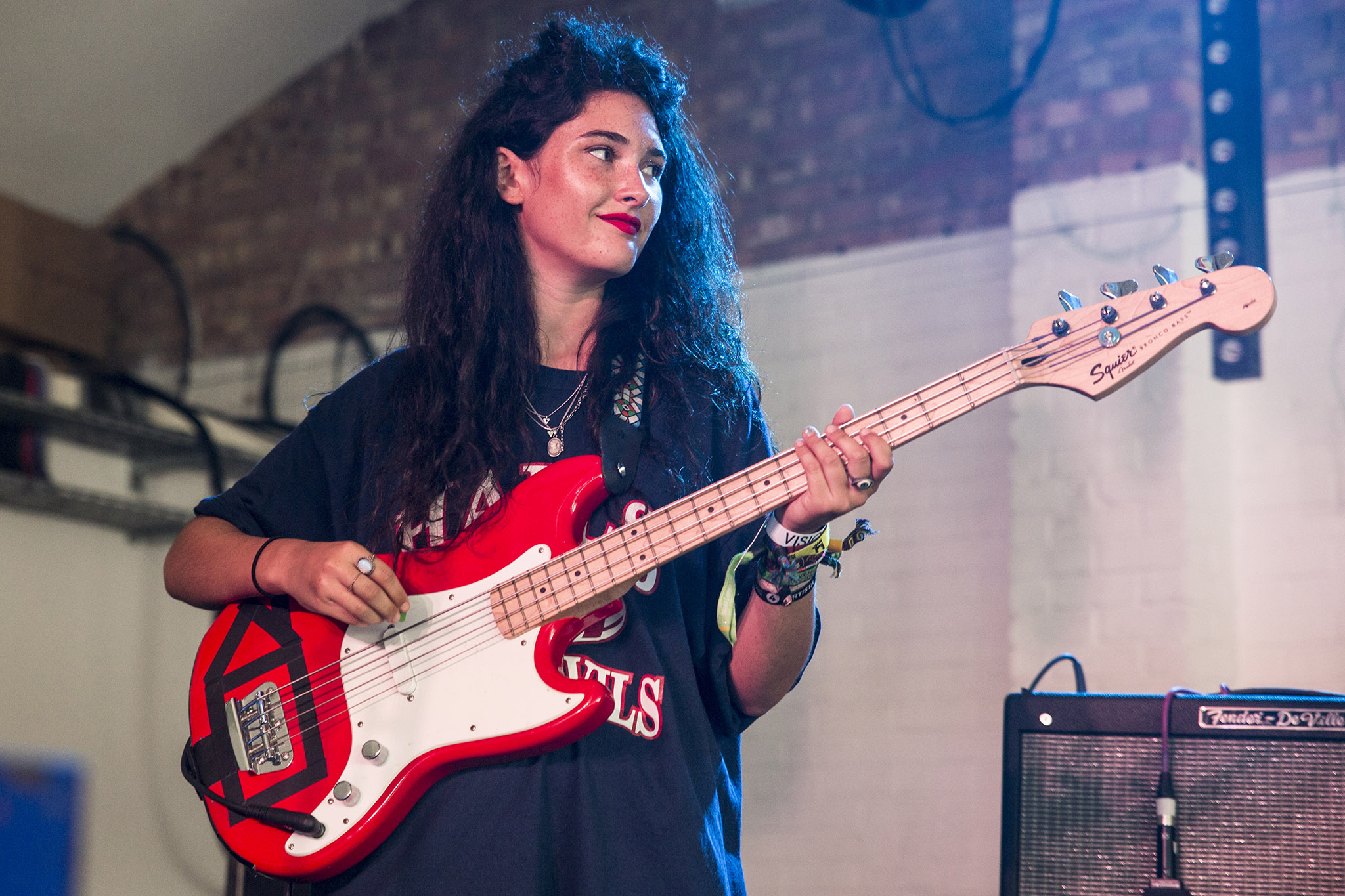 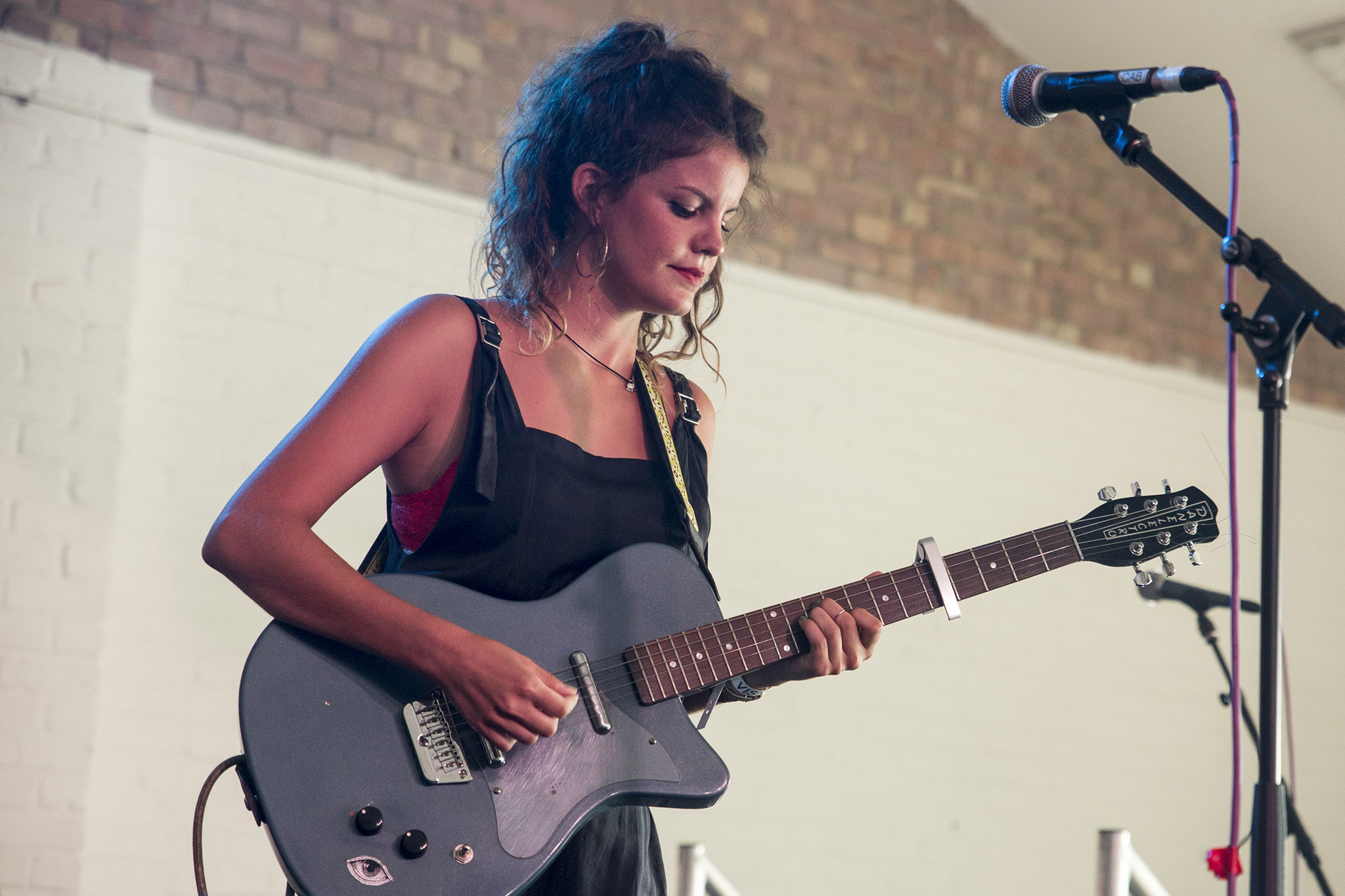 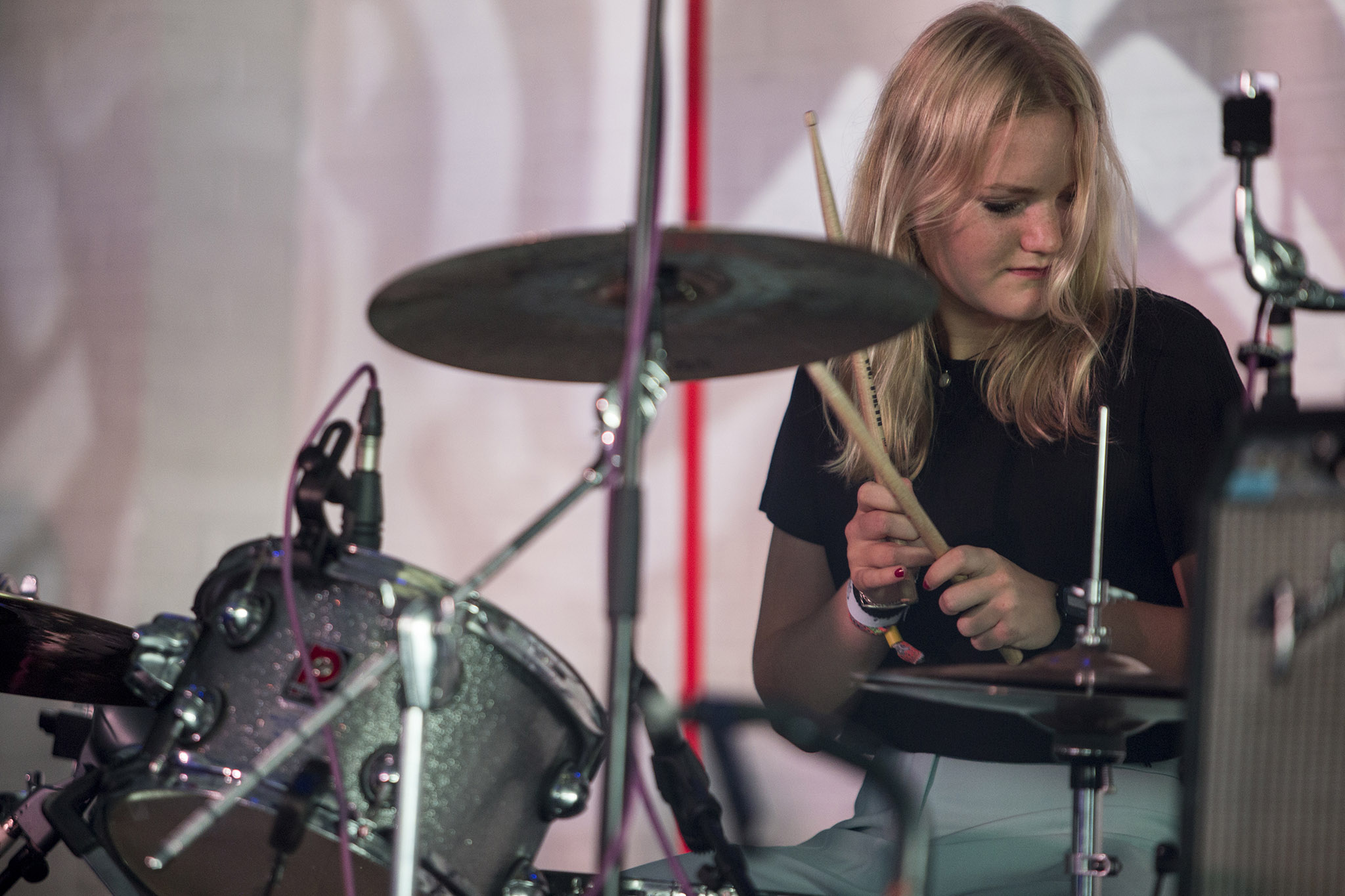 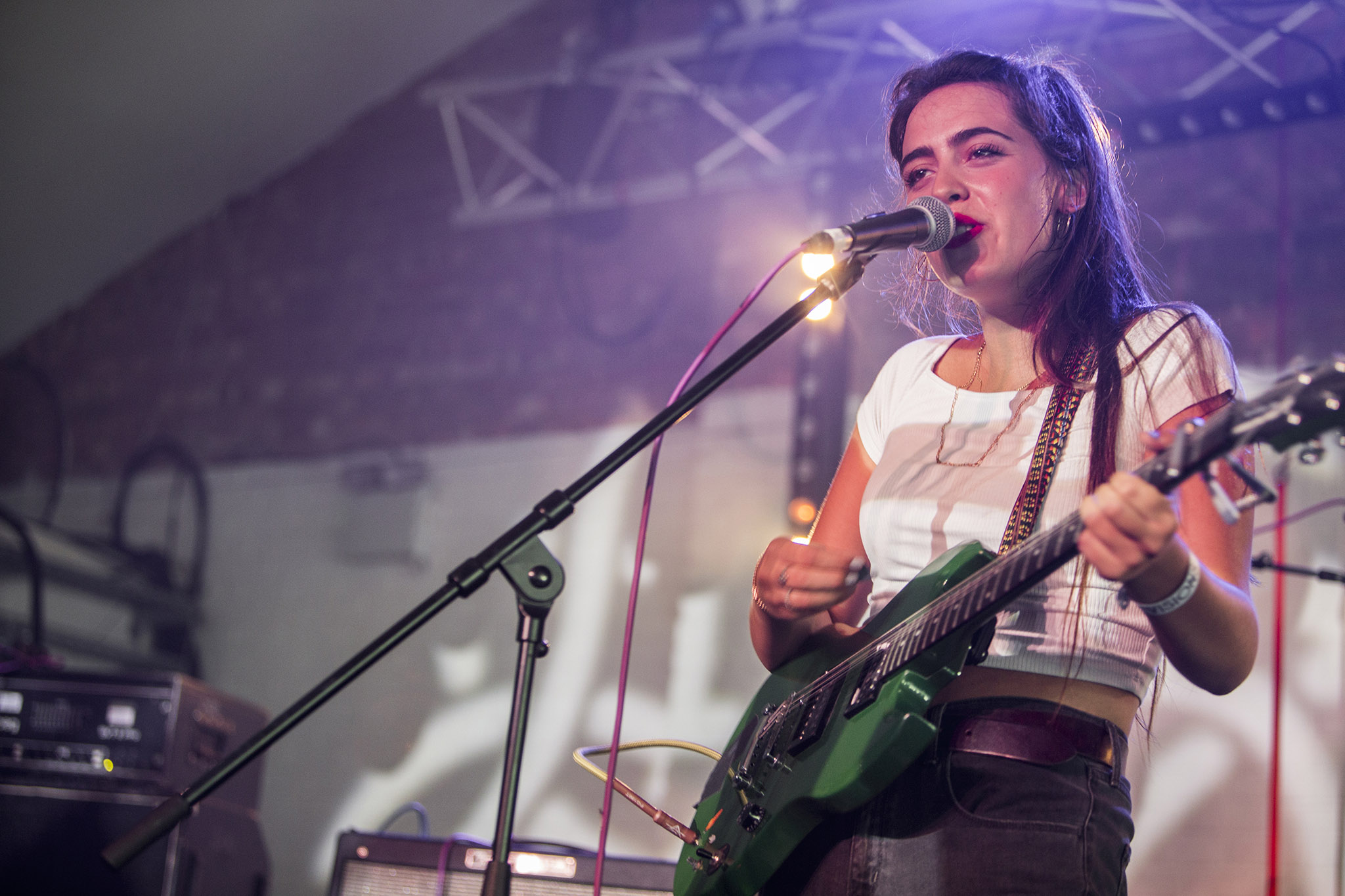 At the opposite side of the borough, the doors to St John-at-Hackney church open to a queue snaking the length of the park and back. Those who stuck it out were treated to the most spellbinding performance of the event. "I'd like to introduce you to my band," Jens Lekman states, turning to his sampler. "This is Roland. And on vocals, guitar, and tambourine," he gestures to himself, "Jens Lekman." Bridging together poignant acoustic numbers with whimsical tales of his life, he hypnotises the room, before inciting the entire congregation to dance.

Ethereal though that whole experience may be, it's at Shamir’s set the crowd really let loose. With the sunset streaming through Oval Space's windows, sensibility and composure are lost as the rhythm takes control. Limbs glide left, right, and centre as the most frenetic movers find each other, drawing a crowd of their own away from the stage. Shamir's seamless performance fuels every movement, and it isn't too long before he himself dives to the centre of the crowd. 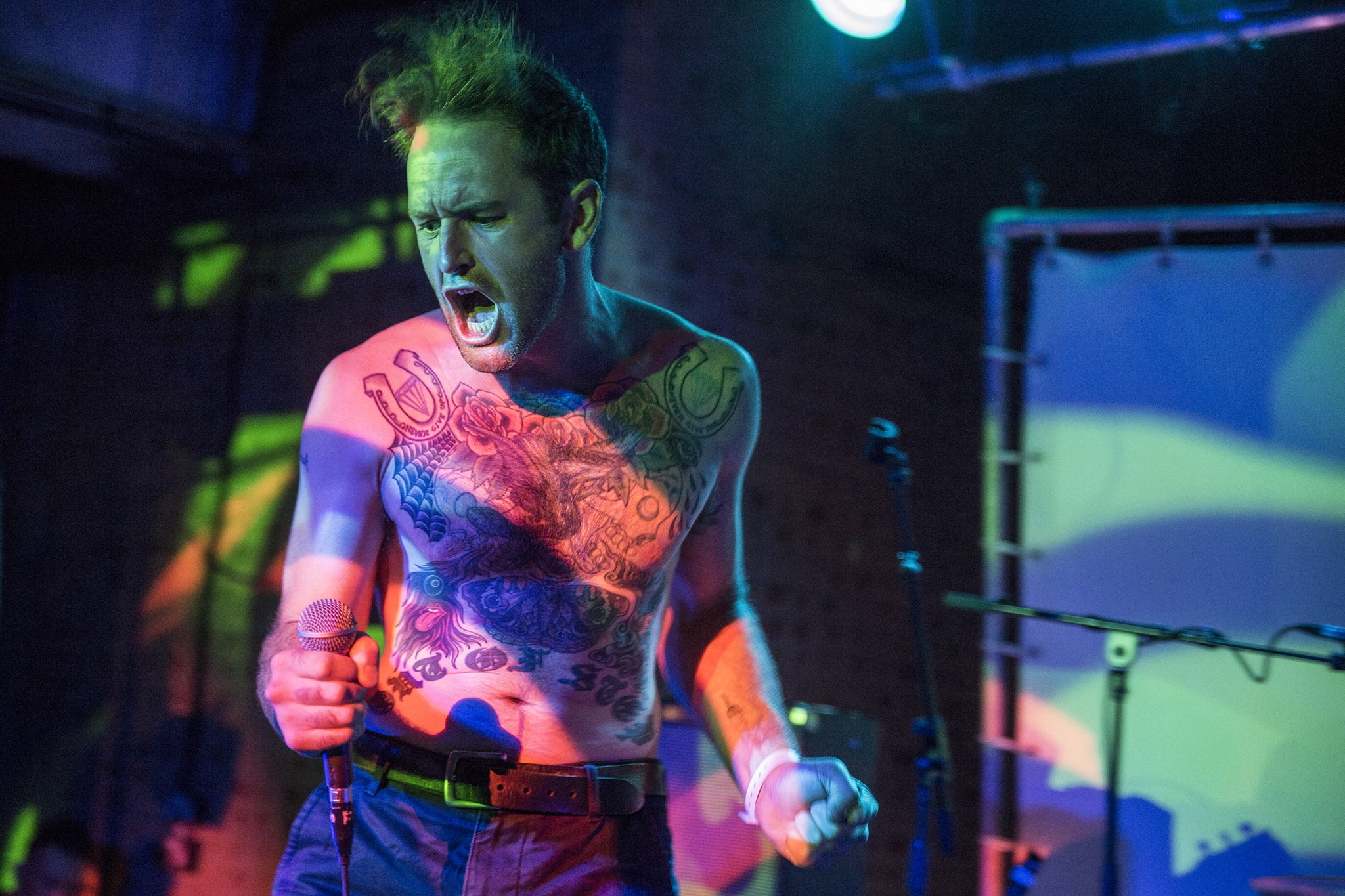 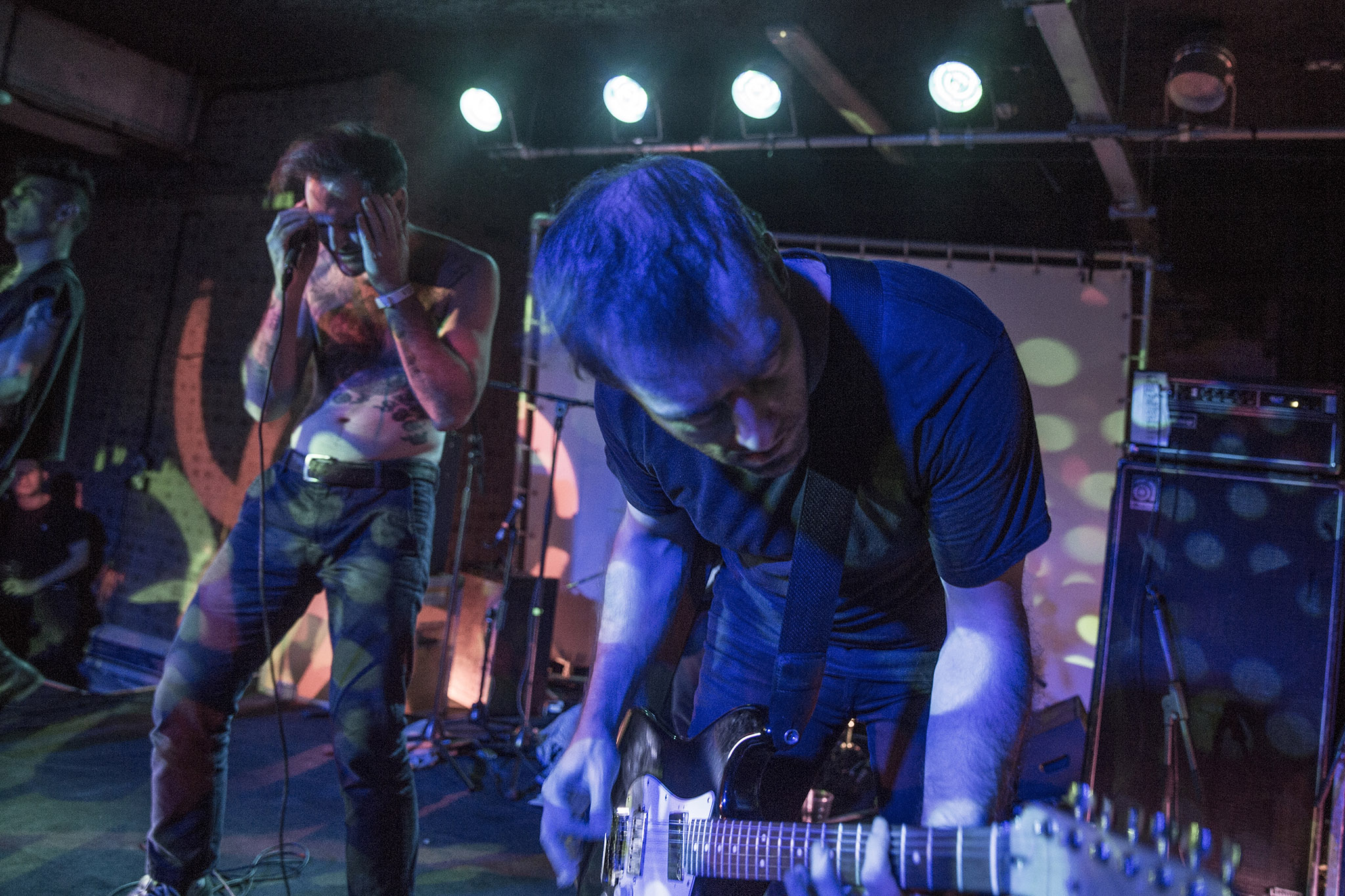 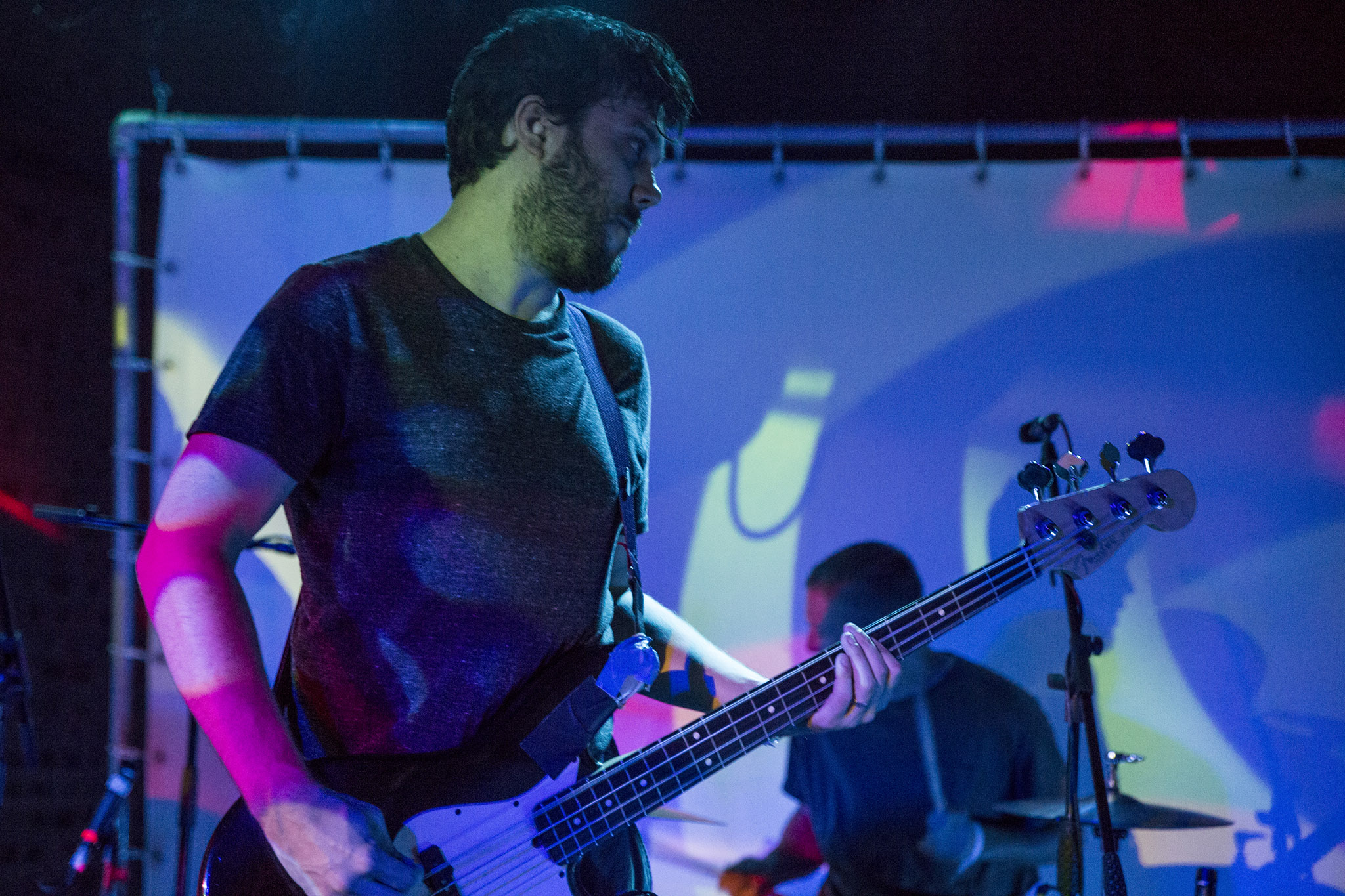 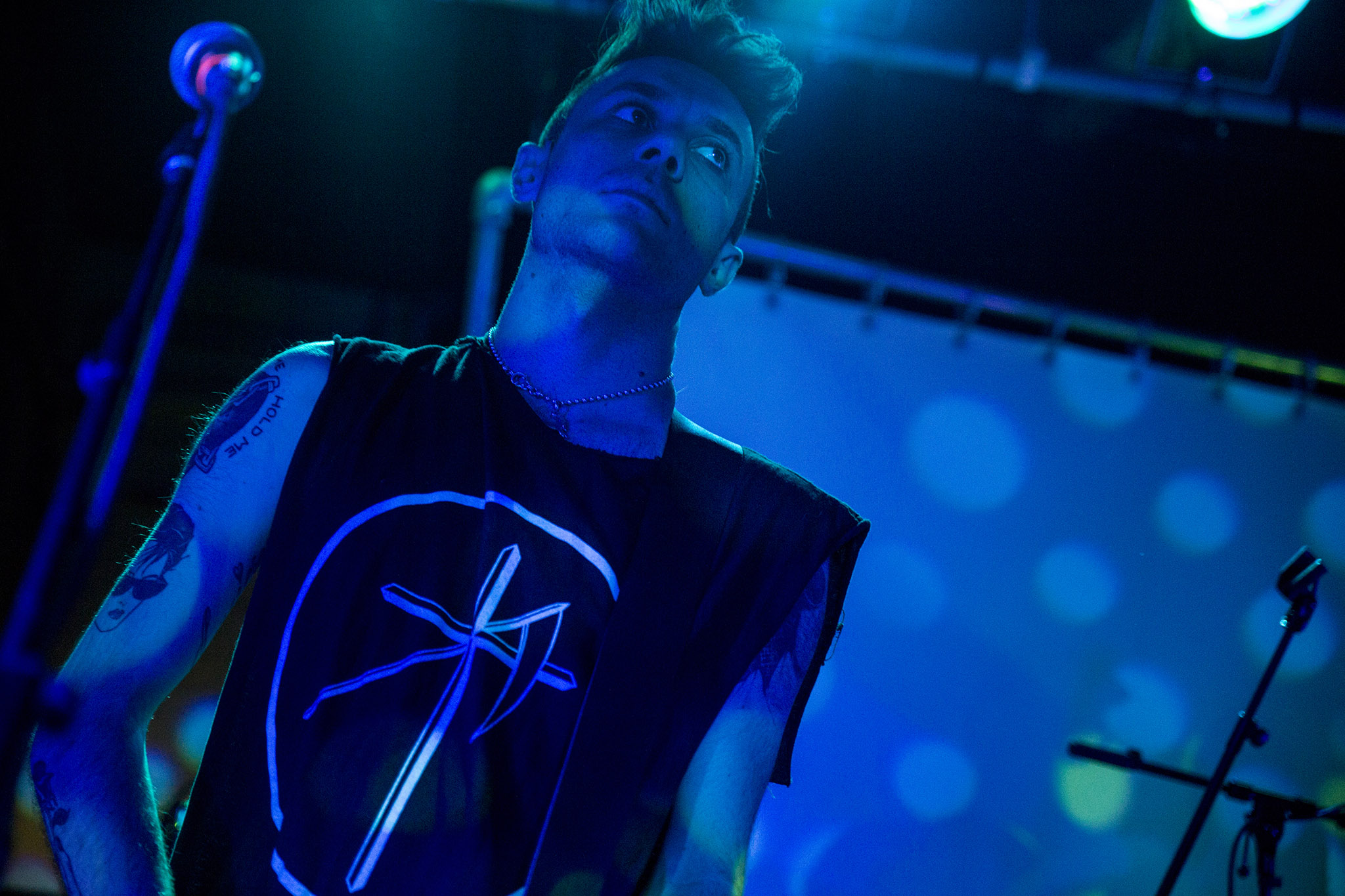 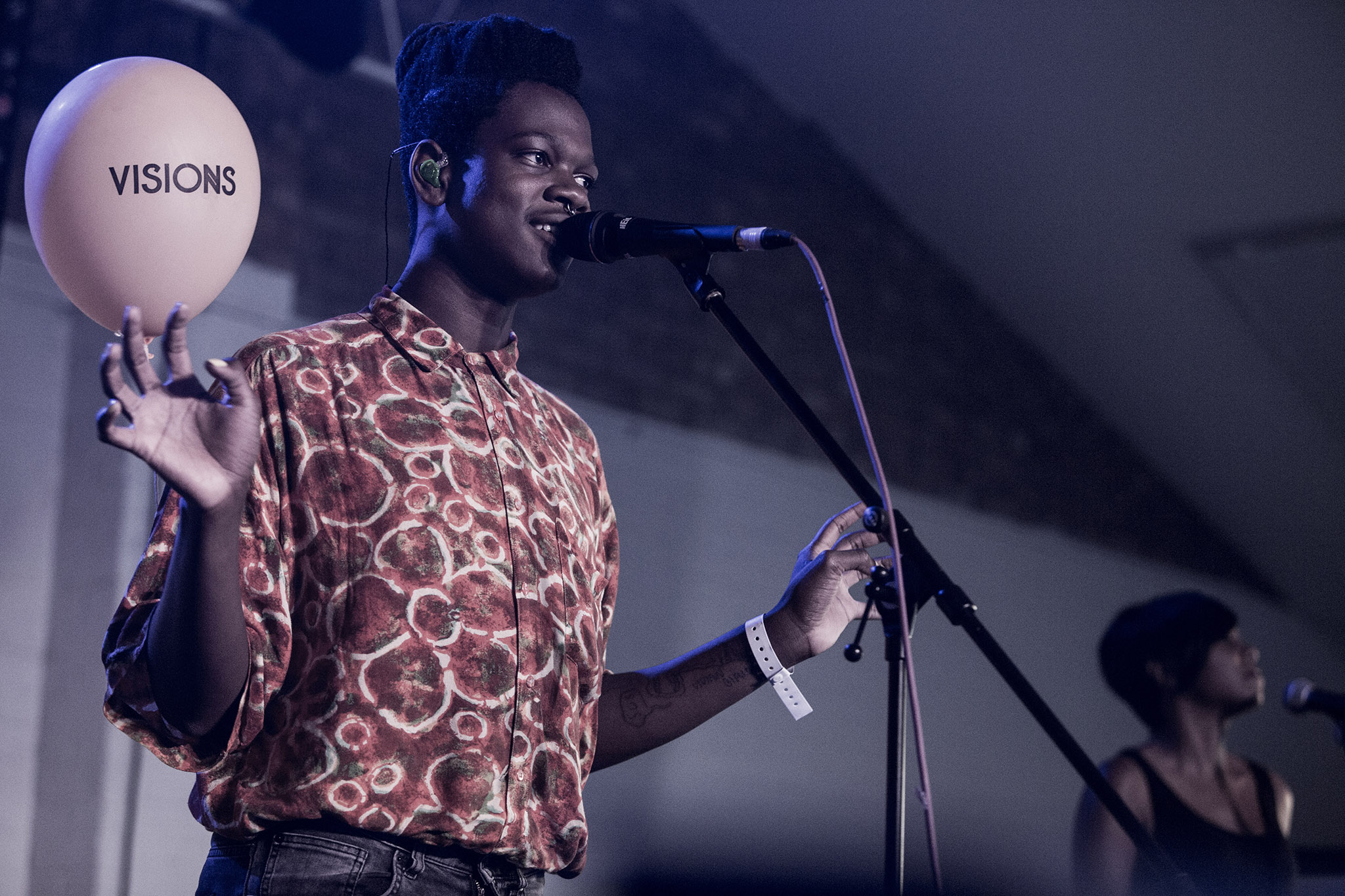 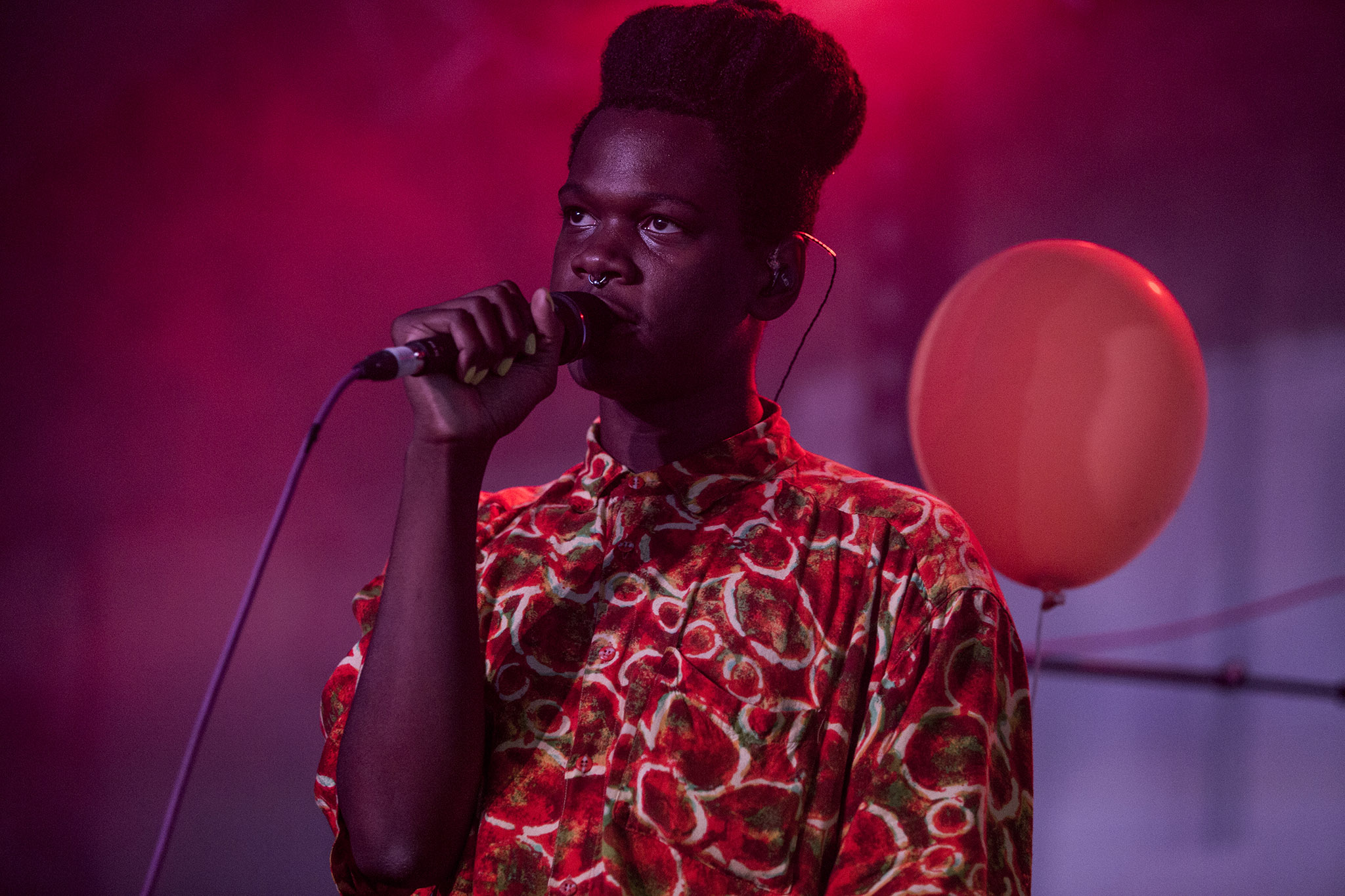 In the glittering surroundings of The Moth Club, Horror make a mark intended to last. Drones ignite and fire into life as the venue's golden stage is readied for the act, forcing people to place their hands over their ears before the band even make it into the room. Quite possibly powered by the fires of hell itself, the group take to the stage with one intention: to tear it all down. Crowd surfers hit the walls, the roof, and the floor all at once, whilst those balanced enough to stay on their feet propel directly into each other. "If you've got some weed, you've got to come find us after the show," the group proclaim. Spitting their lyrics into their audience, Horror take a vicious fury and turn it into a revelry you can't escape from. It might leave bruises, but there's no thrill quite like it. 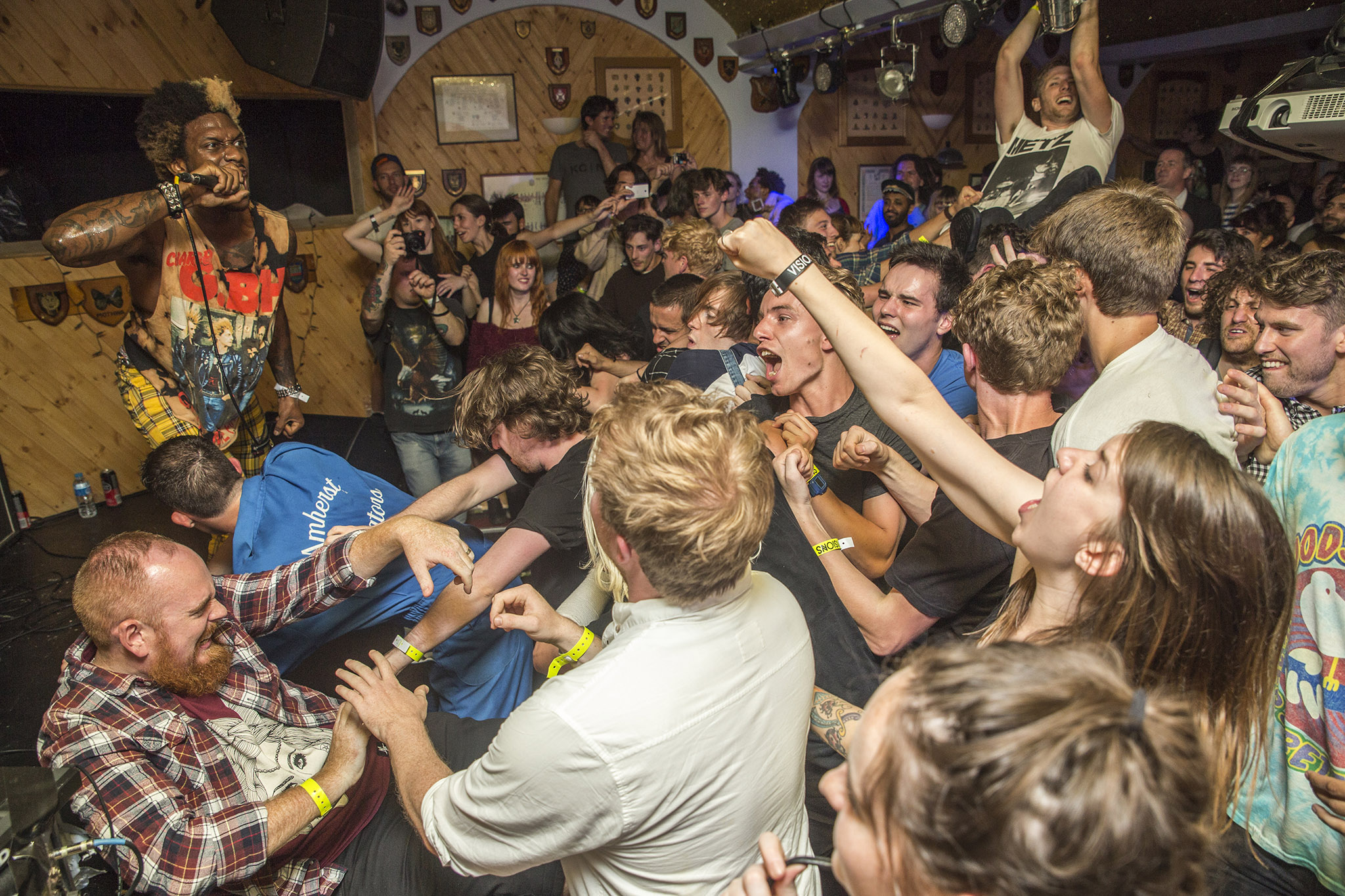 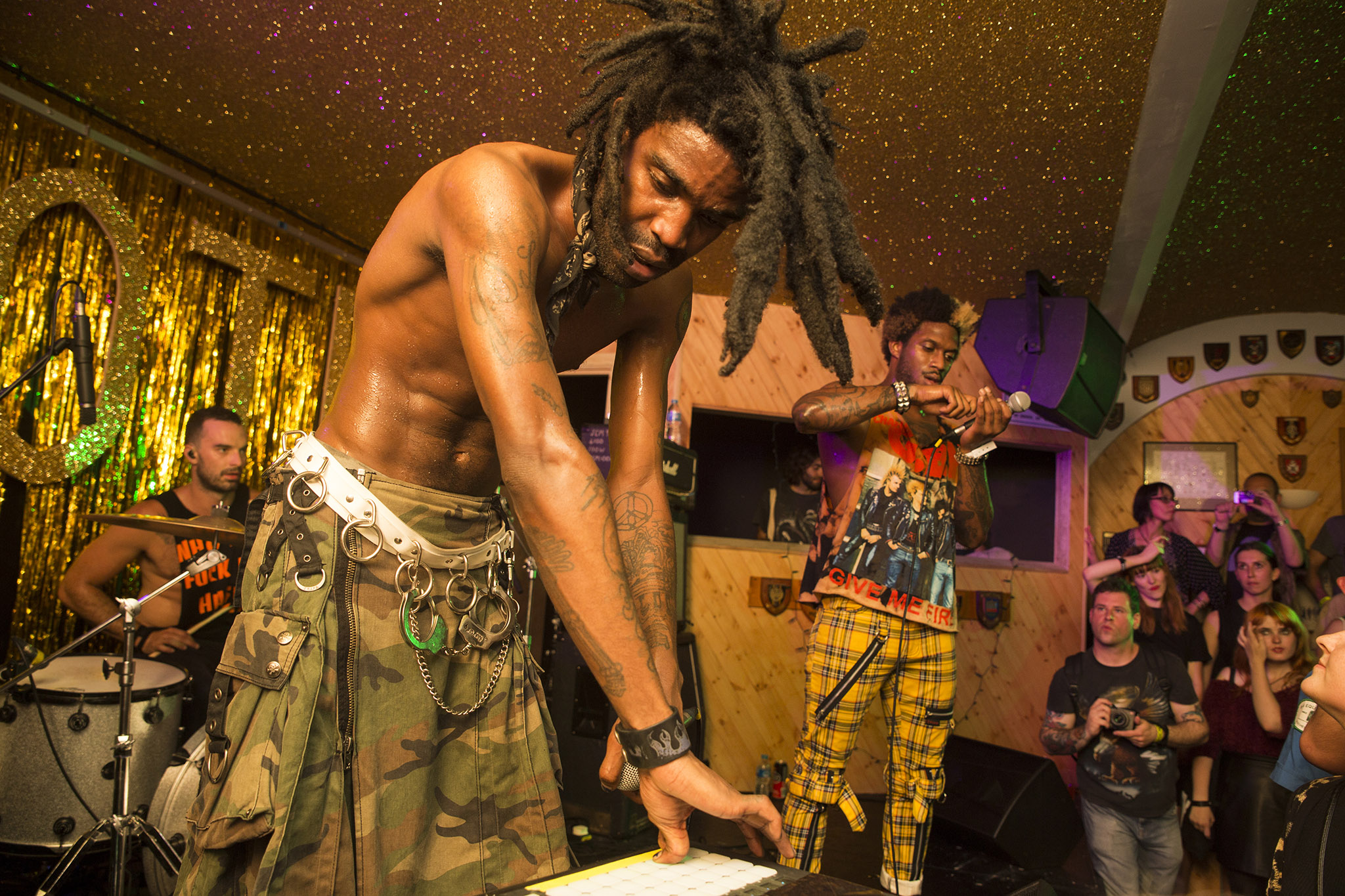 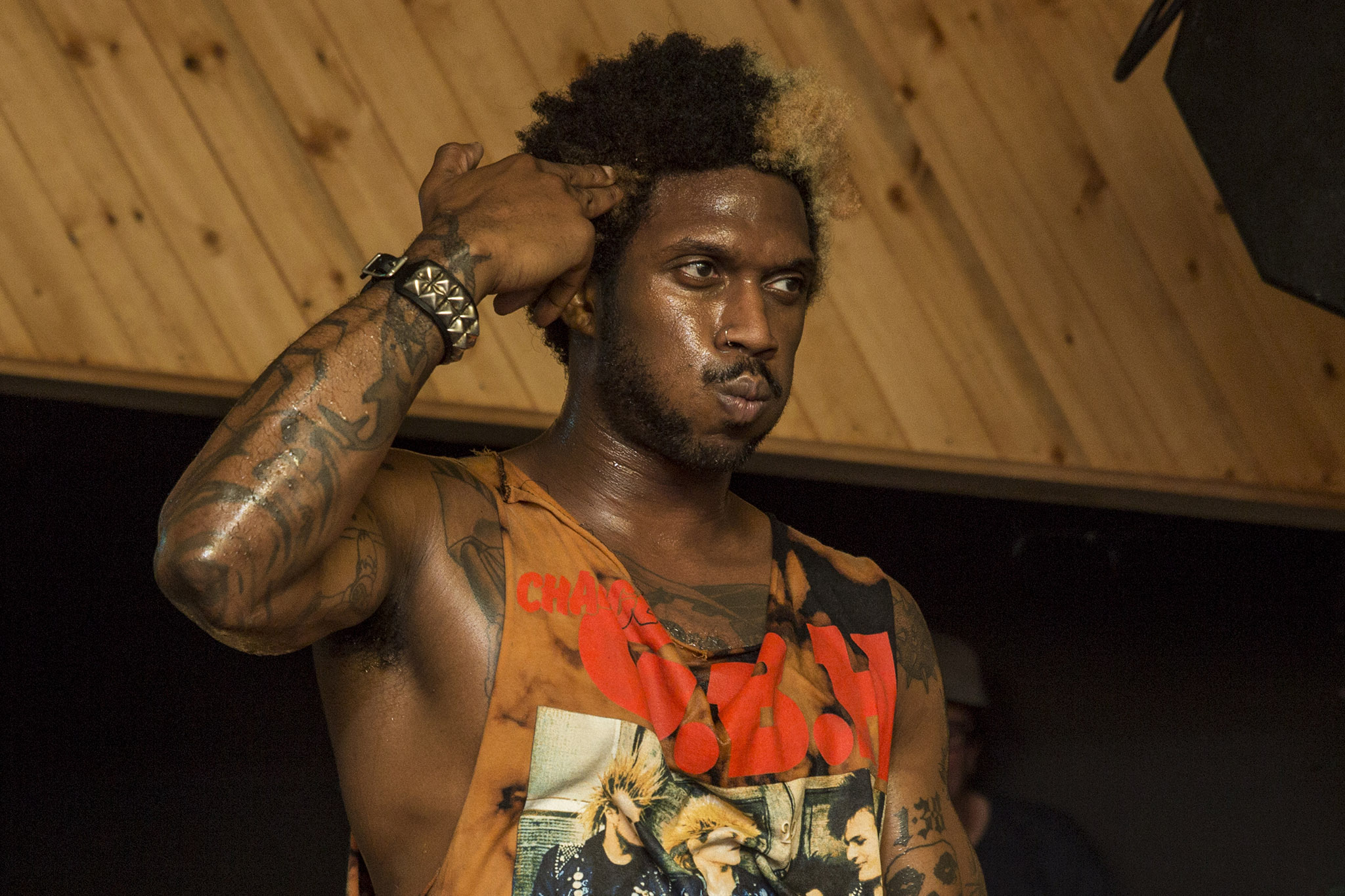 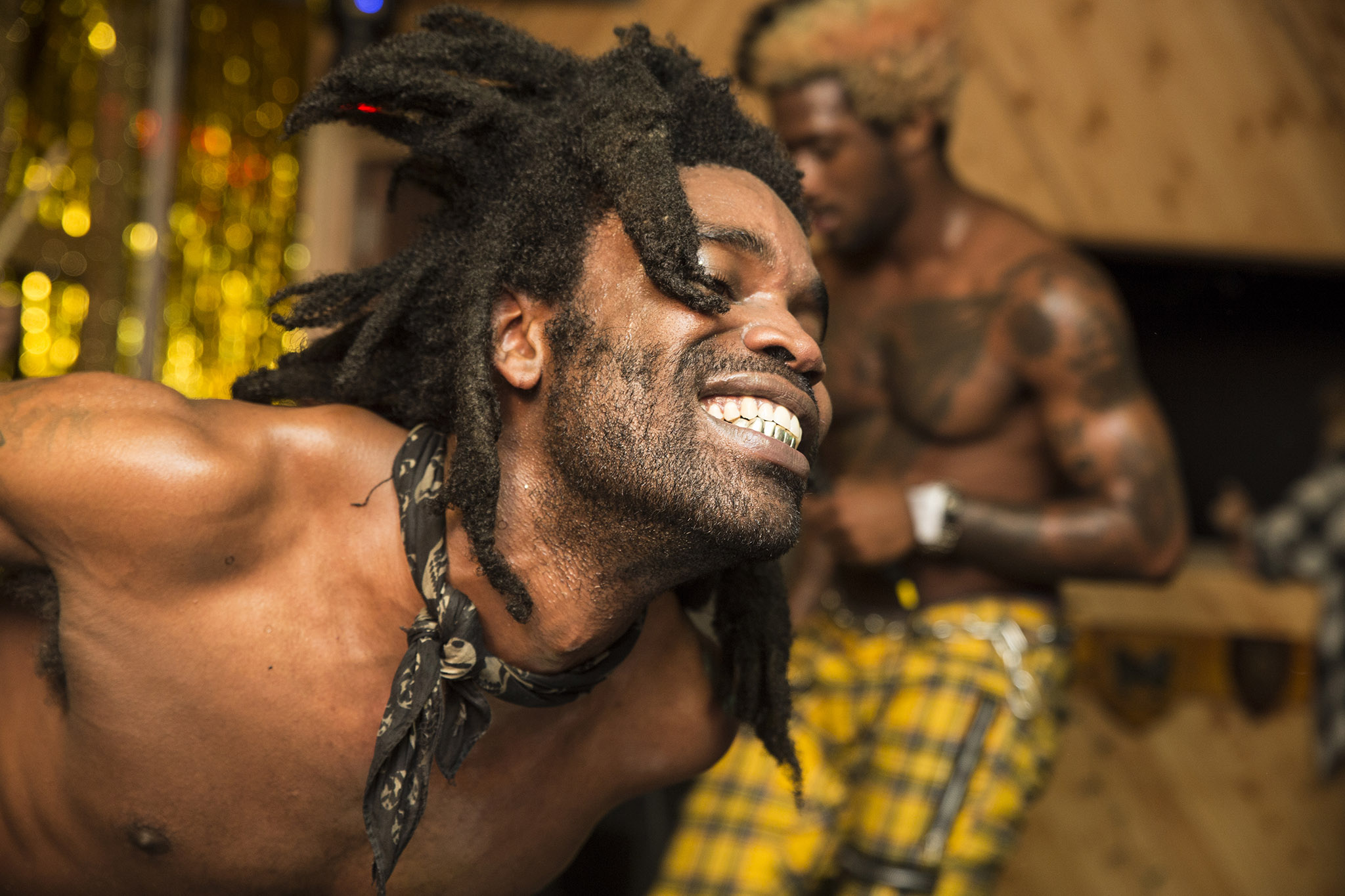 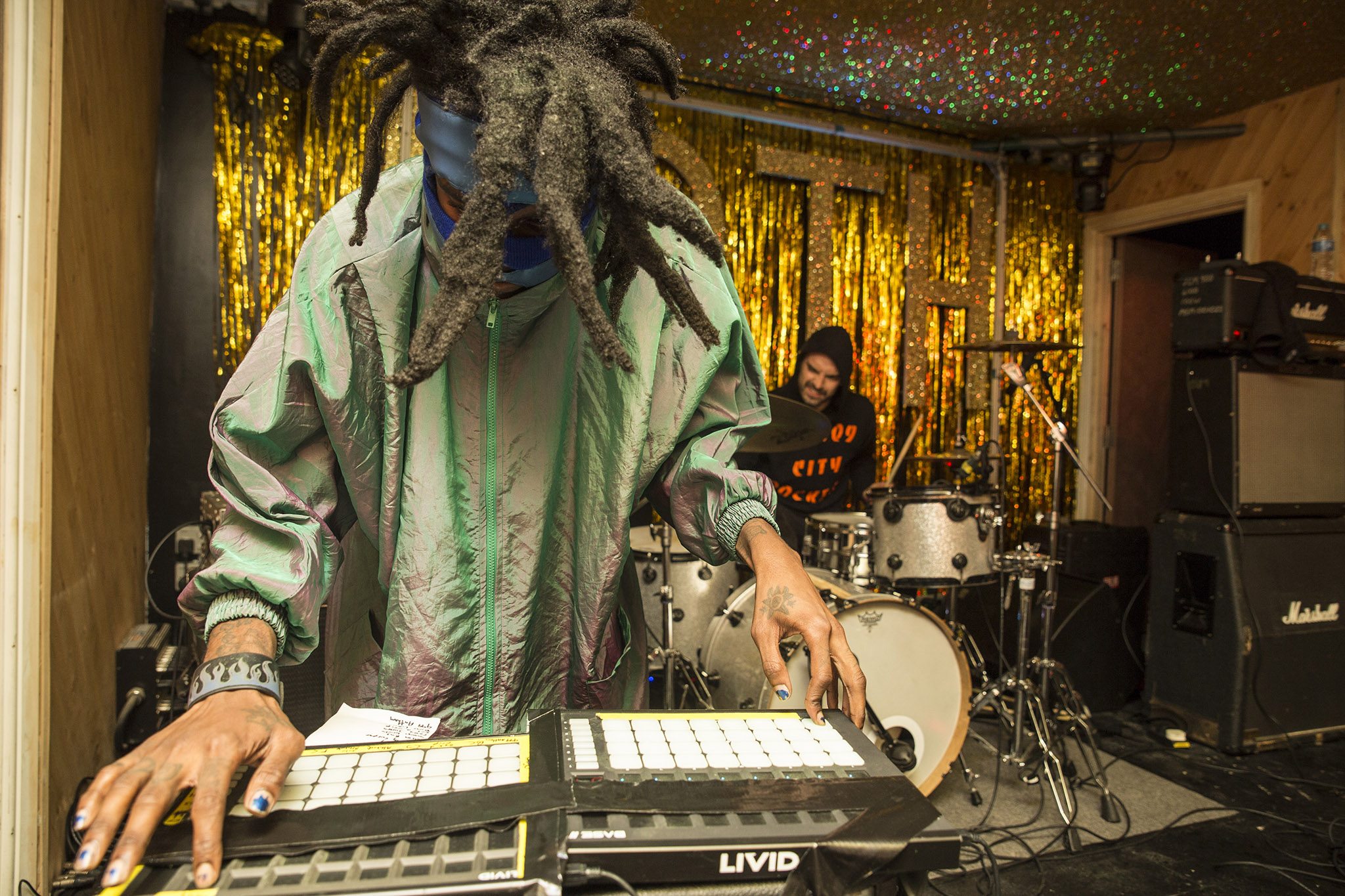 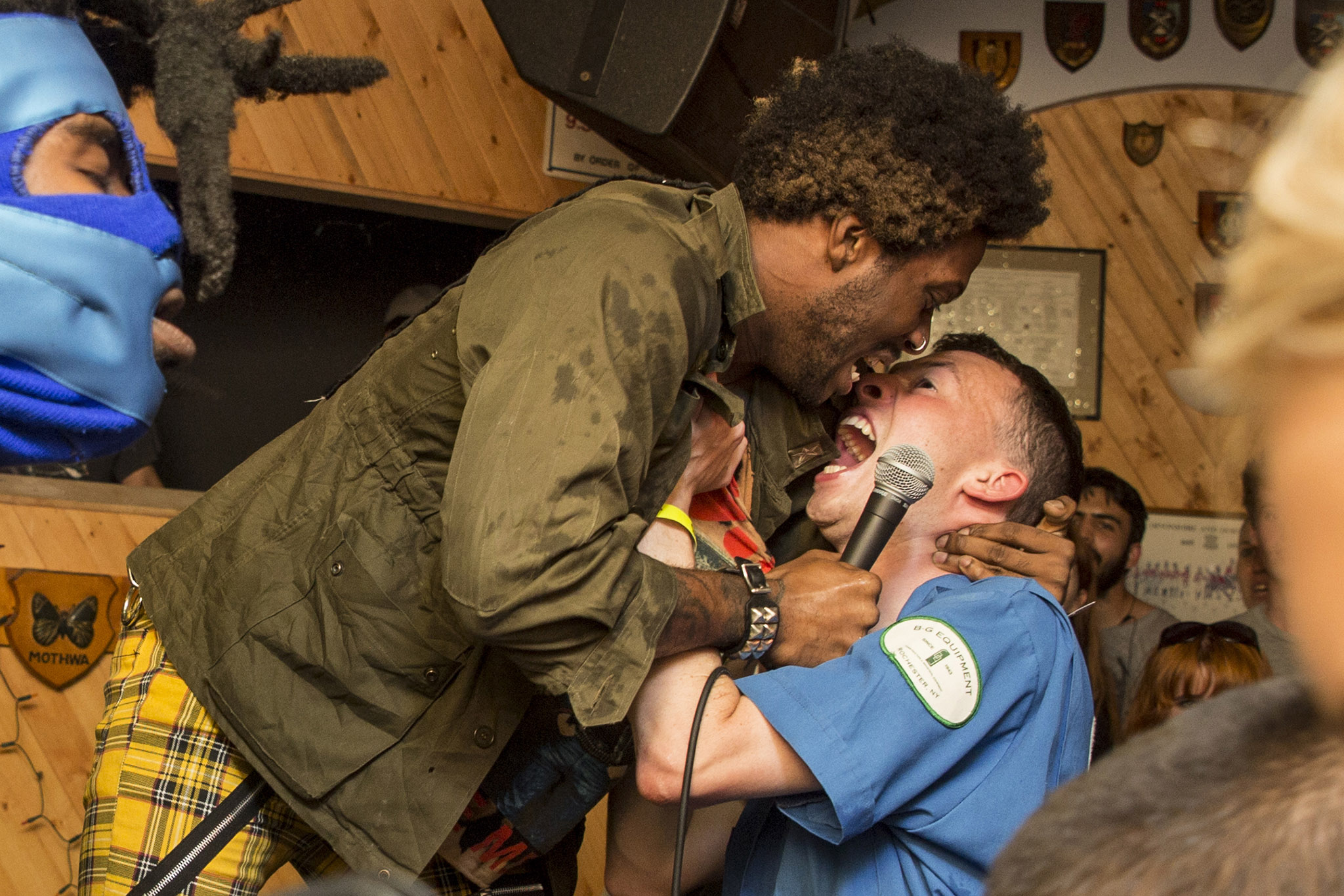 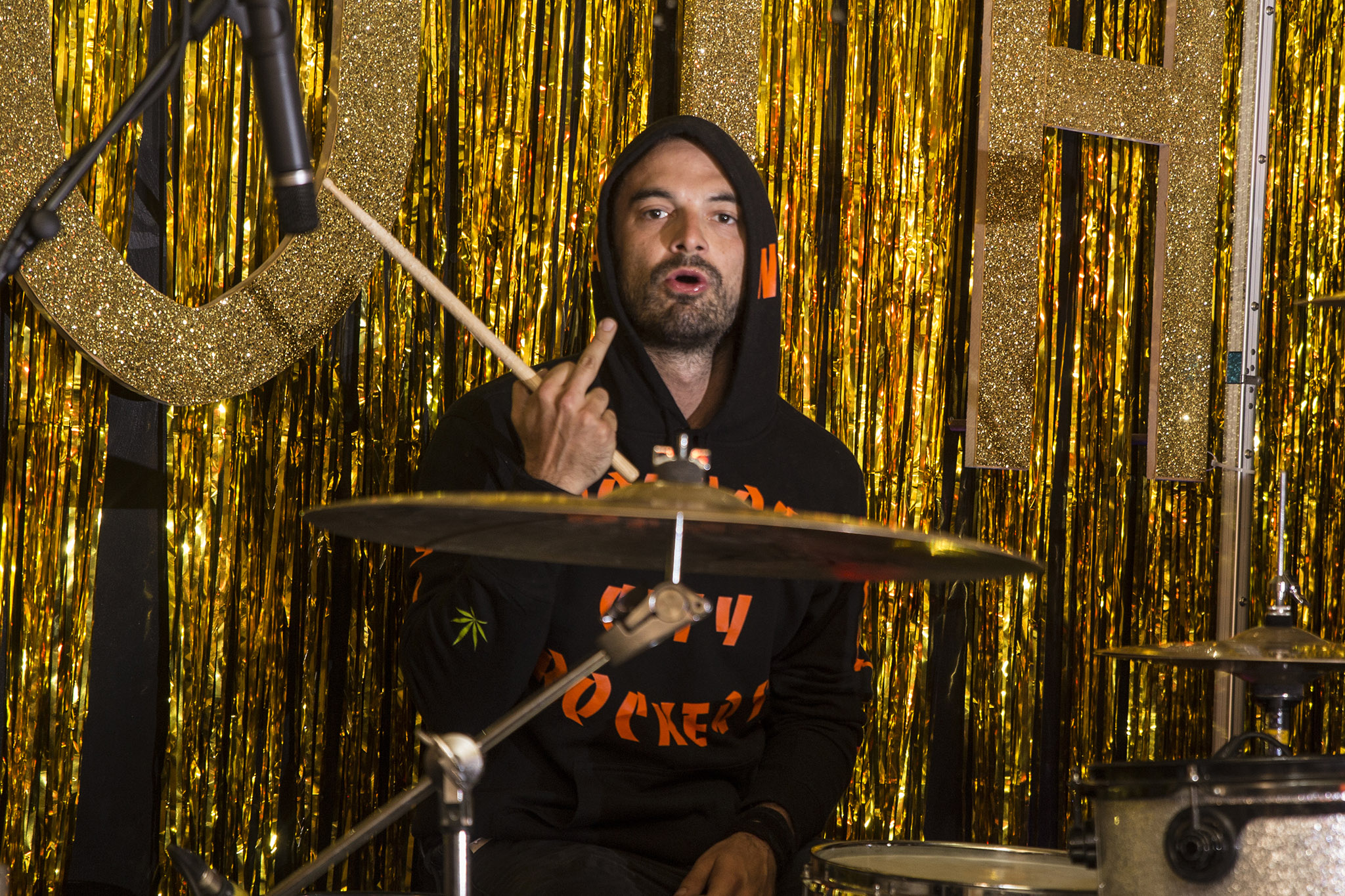 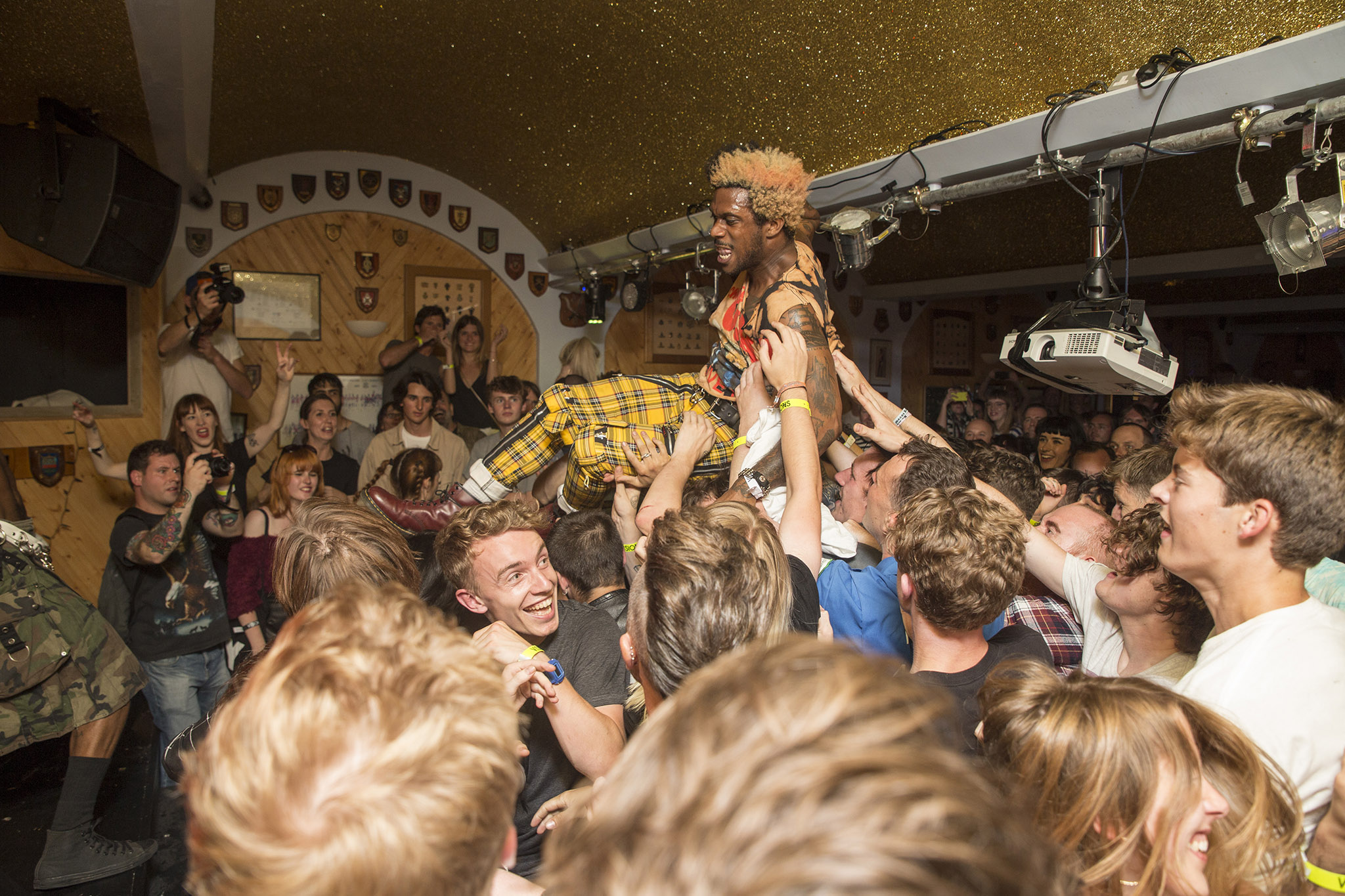