Sat in a quiet corner of an east London pub, Beach House’s Victoria Legrand is talking about the genesis of the songs on new album ‘Depression Cherry’. Suddenly Sigur Rós come blaring through the speakers.

It takes Alex, the other half of Beach House, by surprise. “That was just so intense. It’s hijacking my mood. I feel like we’re in this moment in an epic movie,” he lifts his arms up dramatically. “And it’s like ‘When the song was born’ and there’s a baby coming out, with light shining through the window.”

Victoria looks at him and laughs, “I’m glad we had that moment together.”

The idea of moments is something that both keep referring to during the course of the interview. Not big, dramatic moments, but natural, smaller, serendipitous moments of clarity which guide their music. Just take the title of the new album.

“It was a phrase that had come to me – these two words just worked next to other immediately,” Victoria explains. “It was a crazy moment.”

“You’re a word creator,” says Alex. “It’s like they come to you from outer space or something. We fell in love with it straight away and the when we looked it up online they’d never appeared next to each.”

“We were like this must be happening for a reason. Why have they not been next to each other? And why did I just say that? I feel like in literally saying depression cherry it just makes sense and it is also completely… many things. It’s visual. It’s unusual. As a phrase it just kept coming back towards the record.”

“We kept trying other titles but nothing represented the feeling of the record anywhere near as well as this does. And now, for me, there is no better title,” says Alex.

It’s been three years since their last album 'Bloom' and something in the beating heart and beautiful simplicity of 'Depression Cherry' suggests a brand feeling fresher and re-invigorated. This can partly be explained by the 6-month break they took after touring that last album. “I think it was the first breath we’d taken since Beach House started,” says Alex.

Victoria nods: “I just personally felt I needed a couple of months of just not doing anything, I didn’t have thoughts. And I think in this day and age that’s very rare because there’s so much information and to have that period when you have no input or output is really important.”

The chance to take stock of where they were heading saw them reacting to what came before with 'Bloom', an album which in retrospect that didn’t come as naturally to them. “I think the biggest thing, from a technical standpoint, is that by the end of 'Bloom' tour we started to feel so aggravated and limited by the presence of a drum set – just the noise it creates and how much space it fills.”

“Something we’ve always had is to be able to just write together, just the two of us, and we experimented with that on 'Bloom',” explains Victoria. 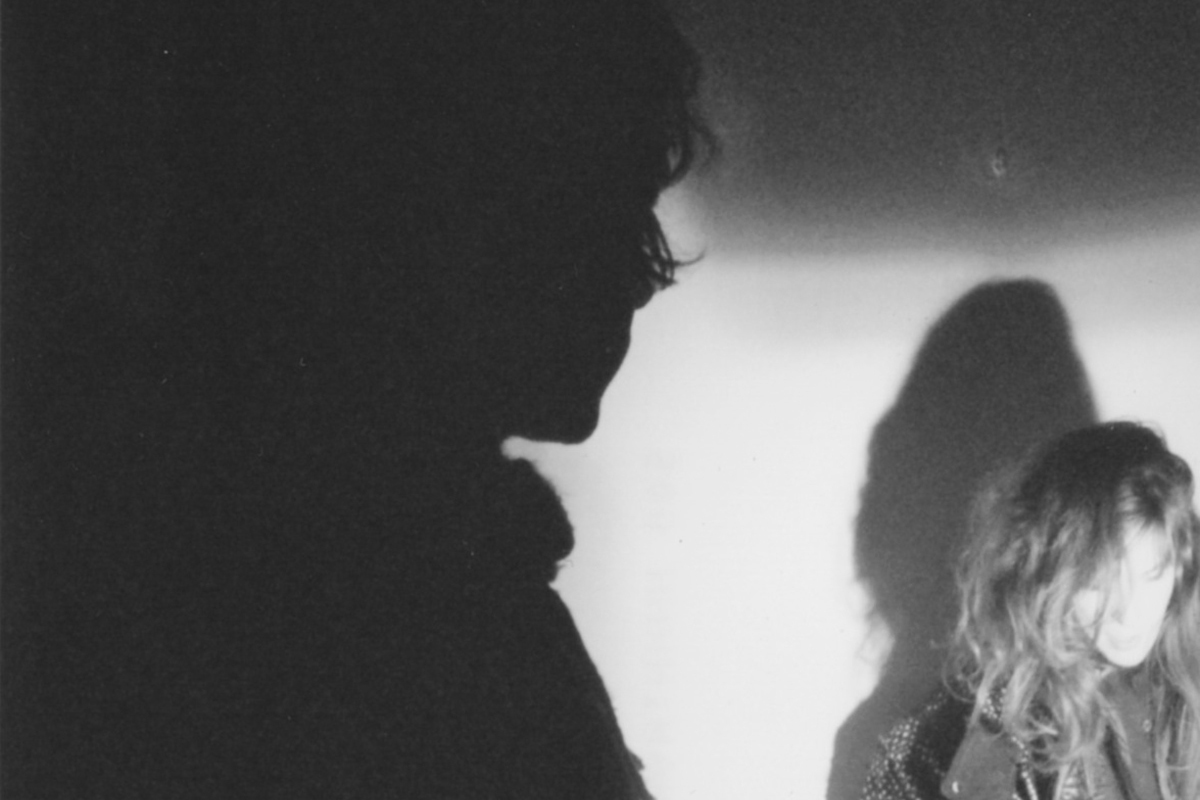 “To a manager growth might mean bigger venues. If you keep playing bigger rooms that might make your music more anthemic but is that what you want? It’s not that we’re taking a moral standpoint it’s just what’s important to us.”

“And it wasn’t as enjoyable. When we played the 'Bloom' songs on the road… There was a transparent feeling, they didn’t feel as nuanced.” Alex pauses. “I don’t know… anything I say is going to sound stupid.”

Victoria steps in: “I just think those songs are what they were – we followed an arrow and they happened for a reason and we can never regret that reason. We wouldn’t have 'Depression Cherry' if we didn’t go as far as we did with certain things on 'Bloom'.”

“I should mention this is what we do with every record. With Devotion we were reacting to that first record because we were sick of certain things. We always react to what came before,” Alex points out.

“But it’s a given, it’s just the most natural thing,” adds Victoria. “You don’t need to over-intellectualise it. It’s just ‘I hit that rock and I went that direction’. ‘I was in the river and I flowed this way and I tried to get away from that.’”

And so we return to the idea of the journey. The natural moments. The way of things. We start talking about the process of the album. It was the song 1037, which in some ways can be seen as the centre point of the album (and not just because it sits right in the middle) that they finished recording first.

“I think it definitely helped inform the energy of the whole record – very minimal,” Alex says.

“… But open and very natural,” continues Victoria. “That song has got that kernel of incredible space and just a very natural feeling and we just really followed it, I swear. And that vibe informed the whole thing.”

“We have a respectful, awestruck relationship with how an idea comes about – it’s one of the most beautiful moments when something flies out of nowhere. Then you harness it and you have to harness it with force but love, and it sounds cheesy, but it’s like anything wild that you want to chase, you have to be respectful of it.” 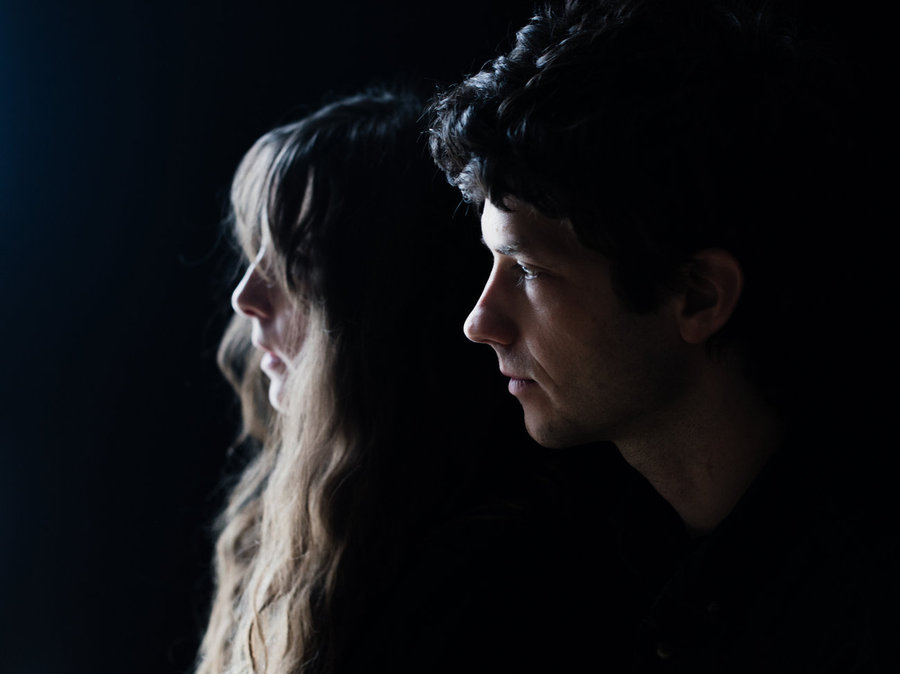 “You thought when you were stoned at college that was as deep as it was ever going to get but it keeps on getting deeper.”

This might seem over the top but it’s nice to see a band which such belief in the creative process – and the cosmic kismet that comes with it. There’s certainly that feeling in the relationship that the two share and their ability to grab inspiration from the ether. And what goes hand in hand with that is a rejection of everything that isn’t connected to the creative process – the press release talks about ‘ignoring the commercial context in which we exist’.

“With bands now there’s so much stuff to think about, not to do with artistic creation at all, just to do with various things like social media presence, and a lot of bands, for better or for worse, are confronted with the idea of ‘What’s your single going to be?’ And all of those things are terrible for creativity.”

“And that was what part of the 6 month break was about – just to be creative and not think of the future, not going online to participate. Whatever happens would happen and we didn’t want to think of anything except what’s pushing you creatively.”

“I think for every artists there’s one word that everyone has the right to decide and that word is growth,” explains Victoria. “And when the artist has an idea of growth and when a person who’s not on the artistic side has an idea of growth there has to be some middle ground and that’s the most difficult thing in this day and age. That balance is extremely fragile.”

“To a manager growth might mean bigger venues. If you keep playing bigger rooms that might make your music more anthemic but is that what you want? It’s not that we’re taking a moral standpoint it’s just what’s important to us.”

This desire to keep things intimate is one of the reasons they’re playing Shepherd’s Bush when they could have played somewhere bigger. “We wish we could be playing somewhere even smaller,” says Alex. “We got asked to play Brixton but didn’t want to do that at all. It’s not a conceited thing – it’s 5,000 people, that’s just crazy. Maybe when we make our electro dance odyssey!”

So, with all this talk of growth do they still feel like the same band as when they began?

Alex laughs, “Totally. I mean as people we’ve grown - it’s got heavier and deeper every year – that’s the amazing thing about getting older. You thought when you were stoned at college that was as deep as it was ever going to get but it keeps on getting deeper.”

“I think if we lost the passion to sit down and make music together then we’ll just stop but it hasn’t happened yet. We were giving it the time after 'Bloom' to disappear if it wanted to. The last thing we ever want to do is just keep going just because we can.” says Alex.

“It could have happened but it didn’t,” agrees Victoria. “We were like ‘If it’s over give us a sign.’ Let’s not push it.”

Taken from the August issue of DIY, out now. Beach House's new album 'Depression Cherry' will be released on 28th August via Bella Union / Sub Pop. 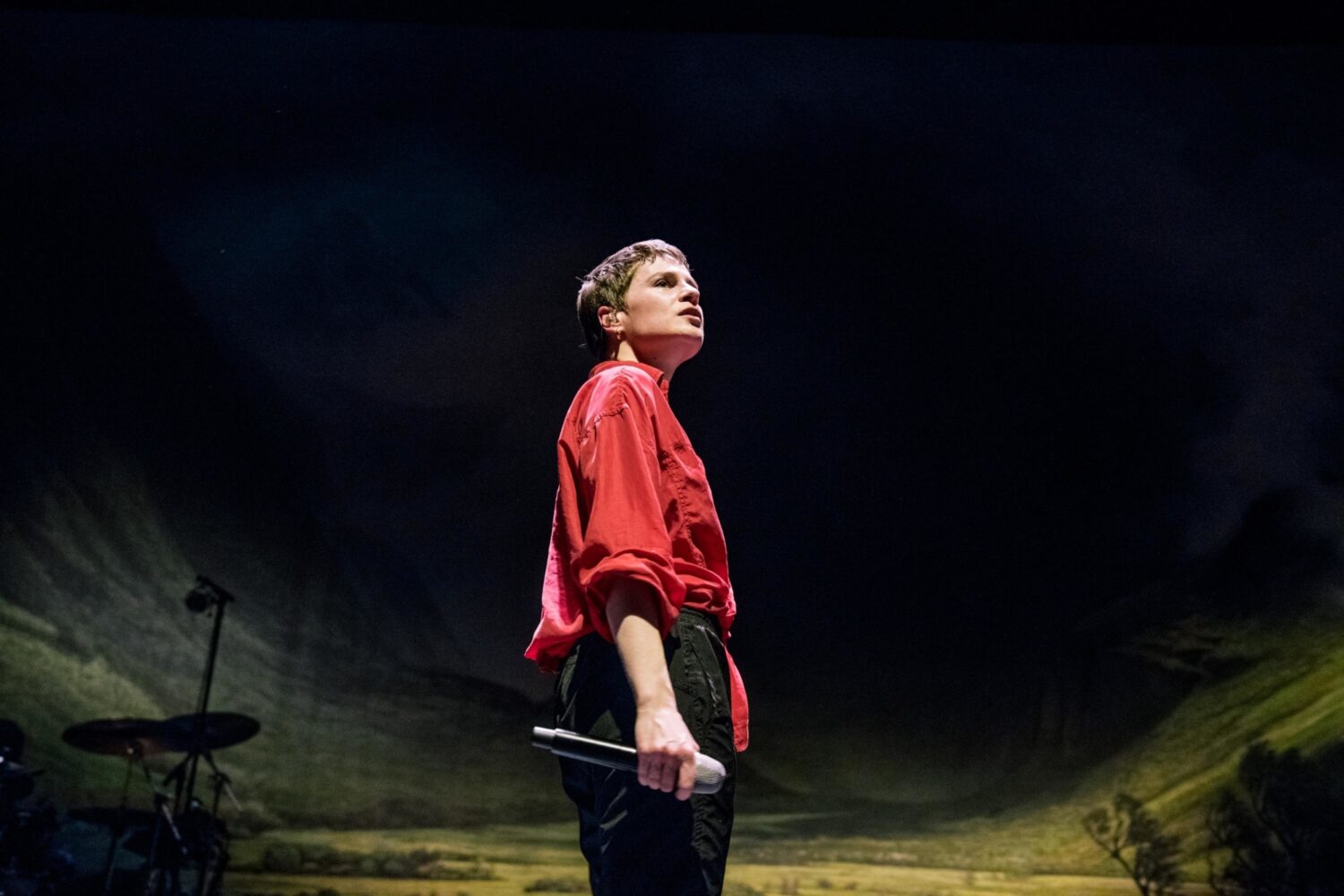 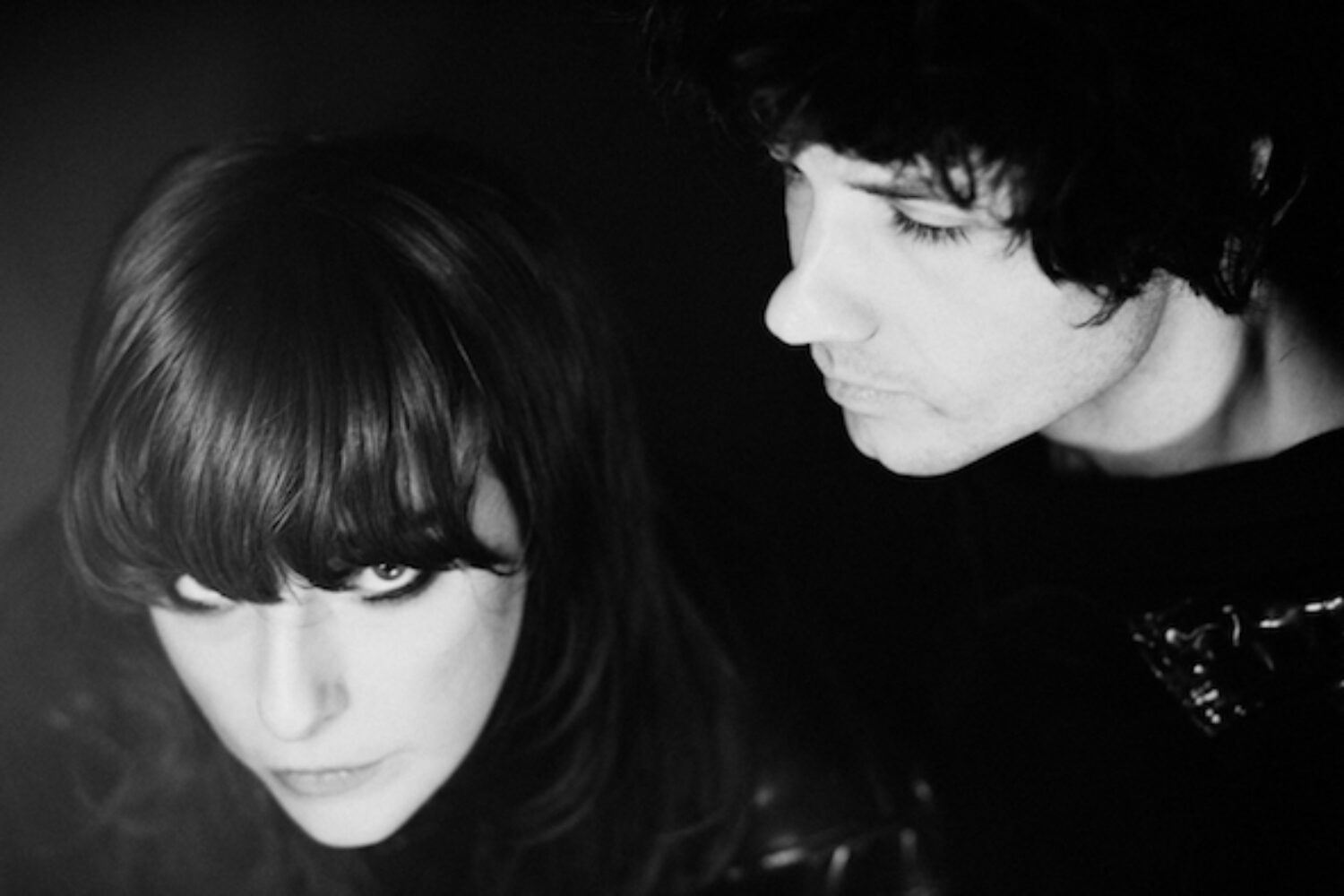 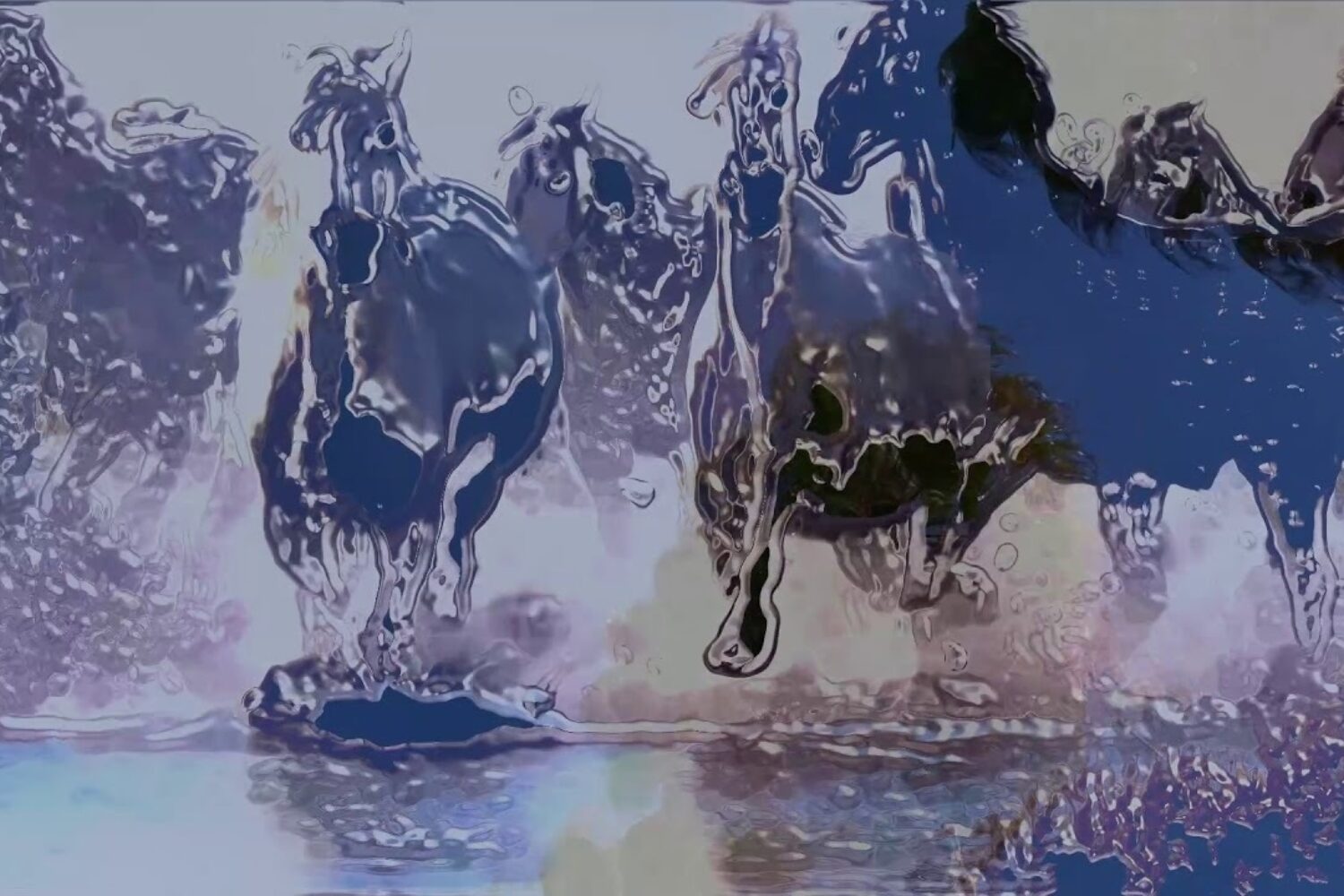