“I don’t think I would have made a record if I hadn’t moved here.” Chris Baio, best known as the bassist of Vampire Weekend, is no stranger to travelling. Part of an internationally successful band, he’s done plenty of touring and seen a lot of the world; but if Vampire Weekend is closely associated with NYC, his debut solo album ‘The Names’ is inspired by his new home city of London.

Like many tracks on the album, the title itself is a reflection of Baio’s passionate interest in literature and art. In his mid-twenties, Chris found out that “the little square-mile town” he grew up in was also the home of his literary hero Don DeLillo. “For me it was shocking because it was just a normal, boring, American suburban town and the idea that this great iconic writer was living there at the same time was incredible. Around 2009 I decided to start reading all of his books and the one that really stuck out as the title is ‘The Names’ because there was this universality to it. You could know nothing about the writer, nothing about the book and still the title would evoke something with you. Everyone has a relationship to names one way or another… At the same time the book is about an American living in Greece, his relationship to his Americanness and being abroad. I found that living London. That was the topic I was talking about a lot when I was making the record and it happens to be the topic of the book as well.”

Speaking of themes, Baio explains that the record is a story that progresses from darker lyrical topics “like depression and relationships between citizens and their states’ violent foreign policies” to “love songs and art songs, about the relationship between people and art. Around the seventh track (‘Matter’) it comes out of this mournful techno banger and radiates into a sweet love song. It finds resolution there.” Despite the apparently difficult subjects, he’s quick to point out that “more than anything else I wanted it (the album) to be danceable and fun. The themes are darker but the music is fun.” 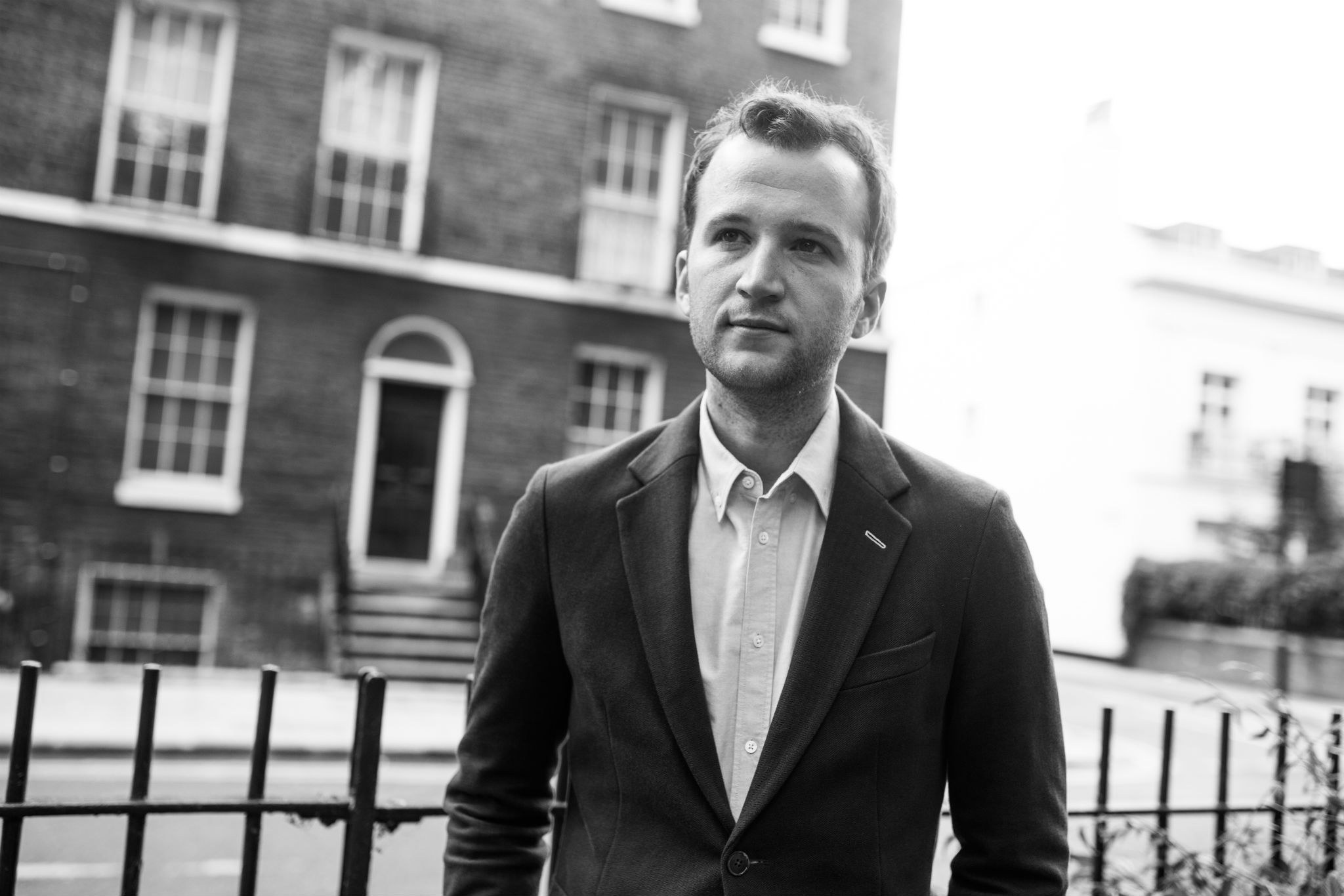 “I definitely don’t view it as a side project or anything like that.”

But the new LP is also a testament to its creator’s insatiable desire to hear, learn from and reinvent music. Making a point that his allusion to Bryan Ferry and David Bowie in 'Sister of Pearl' is so overt it’s ‘just fun, like playing a game”, he is the first to admit that he’s not afraid to wear musical influences on his sleeve and has no anxieties about them. As a DJ, he’s constantly in search of new tunes and new records to play. "I tend to listen more to new stuff and at the same time one or two older artists, records I’m going deep into.” His latest musical archives discovery is Peter Gabriel’s solo records. "I never really listened to them in-depth. It’s exciting for me to imagine five years from now what older records or older careers I will fall in love with. I think it's good and exciting to always be falling in love with music at whatever age. I always get really excited about that.”

Another album track, 'All The Idiots', is a further reminder of Baio’s impressively diverse range of cultural markers. Although he modestly admits that he never got good enough to read Dostoevsky in Russian at university, he cites ’The Idiot’ as one of his favourite books. "I liked the idea of 'The Idiot' as a title 'cos it’s supposed to both mean someone who’s perfectly pure but also someone who is a fool, equating purity with foolishness. I find it really fascinating.” Within minutes he’s talking about the Kurosawa movie and the Iggy Pop album of the same title. Referencing Iggy, he confesses with a poignant intensity in his voice, "I guess he was probably around my age when he made that record. Different thoughts about getting a little bit older, maybe party being over. These are things I was thinking about, moving into my thirties when making this record. Obviously, that’s an instrumental track but I think all three of those works have a very mournful vibe. I was going for mournful bangers.”

With words and narratives clearly so importance to Baio, it feels necessary to ask whether he really doubts his own lyrical abilities singing “I've never had a lyric I really liked, every lyric I've written is a lyric I despise.” Is this actually true? He bursts out laughing: "No, it's not! I like plenty of lyrics. I started with this painting in the Tate Modern called 'Endless Rhythm'. I was thinking how the process of making of a song represents frustration and roadblocks. Living life can feel infinite. Life can feel infinite and language by its very nature is limited. It can't fully express what it's like to be alive. So there's already a limiting theme and then writing a song lyric is even more limiting. You're trying to fit into three minutes. You're trying to make it rhyme. You're trying to make it fit rhythmically. I think that can be a frustrating thing when you’re writing a song but I don’t actually feel that way. It’s more of a metaphor.”

Discussing 'Endless Rhythm', the latest single from 'The Names', it also quickly becomes apparent that Baio doesn’t just have a curious mind but also a deep understanding of visual arts. "I’m a fan of photography where you can’t tell it's necessary a photo. Like an image that could be a photograph or could be graphic design, which is the case of this album cover by a German photographer called Mattias Heidrick. And my singles art - pictures I took and altered on the computer. I think it has an uncanny feel when you look at it and for me this stuff is very, very striking. First you wonder if it's real things or if it's a drawing of a building, and then your mind asks, "OK, what function is that building serving? Who’s in that building?” He laughs and adds, "One thing that’s nicer about getting older is that I feel so much more assured of my tastes and so much more comfortable in saying I like what I like. Five years ago I would have been embarrassed to say that I really like colourful abstract shit but it is something that I legitimately feel."

Having started DJ’ing back in his college days, this bassist has always had a strong interest in electronic music and in 2009 he started getting more involved in production as a way of helping him become a better musician. ‘The Names’ is his first full scale production but this is definitely something he is hoping to take further. "Two years ago I had absolutely no confidence in my voice as a singer. Being able to discover that I can sing, I can produce and come up with a vocal performance that I'm happy with, that doesn’t send a rush of disgust down my spine was a journey in making this record. And just being confident as a producer and being able to get the best out of people I’m working with is something I'd love to be able to do in the future.” His voice lights up with a playful smile, “I haven’t done it but my phone line is open."

It all feels very personal and it’s hard to avoid asking where this new project stands in relation to Chris’ work with Vampire Weekend. "I’ve never worked this hard all my life. I played every note. I sang every note. I produced it. I thought about this record for five years but it's basically all I worked on for about a year and a half. I definitely don’t view it as a side project or anything like that.” And then he adds laughing: “But I don’t mind other people referring to it like that. I understand. I get it."

Photos: Emma Swann. Baio's new album 'The Names' is out now via Glassnote.