“Basically,” begins frontman Blaine Harrison, as he places an edition of The Last Whole Earth Catalog on his coffee table, “I found out about this book through a speech that Steve Jobs made.” What exactly this book has to do with the new Mystery Jets album is a reasonable question to ask. Turns out, it became something of an inspiration for the band’s fifth effort. “He was talking about how you should never lose the sense of innocence about you. The example he gave was a phrase, ‘Stay hungry, stay foolish’. It was written in the pages of this book; another from this catalogue. That expression was coined by a guy called Stewart Brand.

“For us,” Blaine reveals, sat on a leather sofa in his North London flat, “when we started the record it basically provided the springboard for a lot of the themes that we’ve gone on to explore. [Stewart Brand] was there at the dawn of the environmental movement and he’s sort of seen as one of the founding fathers of sustainable living. He’s a scientist really, and I wrote to him and he became a bit of a guiding spirit. We established a dialogue with him on what the album’s about and how we want to carry his vision forward, really.”

For the past few years, Mystery Jets have remained quiet. They set up their own home studio in a former button factory that sits directly opposite Blaine’s flat - “They made all of the buttons covered in fabric for the whole world,” he says. “When we moved in, there were so many buttons, we could’ve started our own business!” - work on their fifth album has quietly been going on in the background for some time now; probably longer than many would realise. “We began writing at the end of the summer in 2013,” divulges guitarist Will Rees, “which was when ‘Radlands’ was coming to an end. The first ideas and songs and discussions about what we wanted to do and achieve began about two years ago. 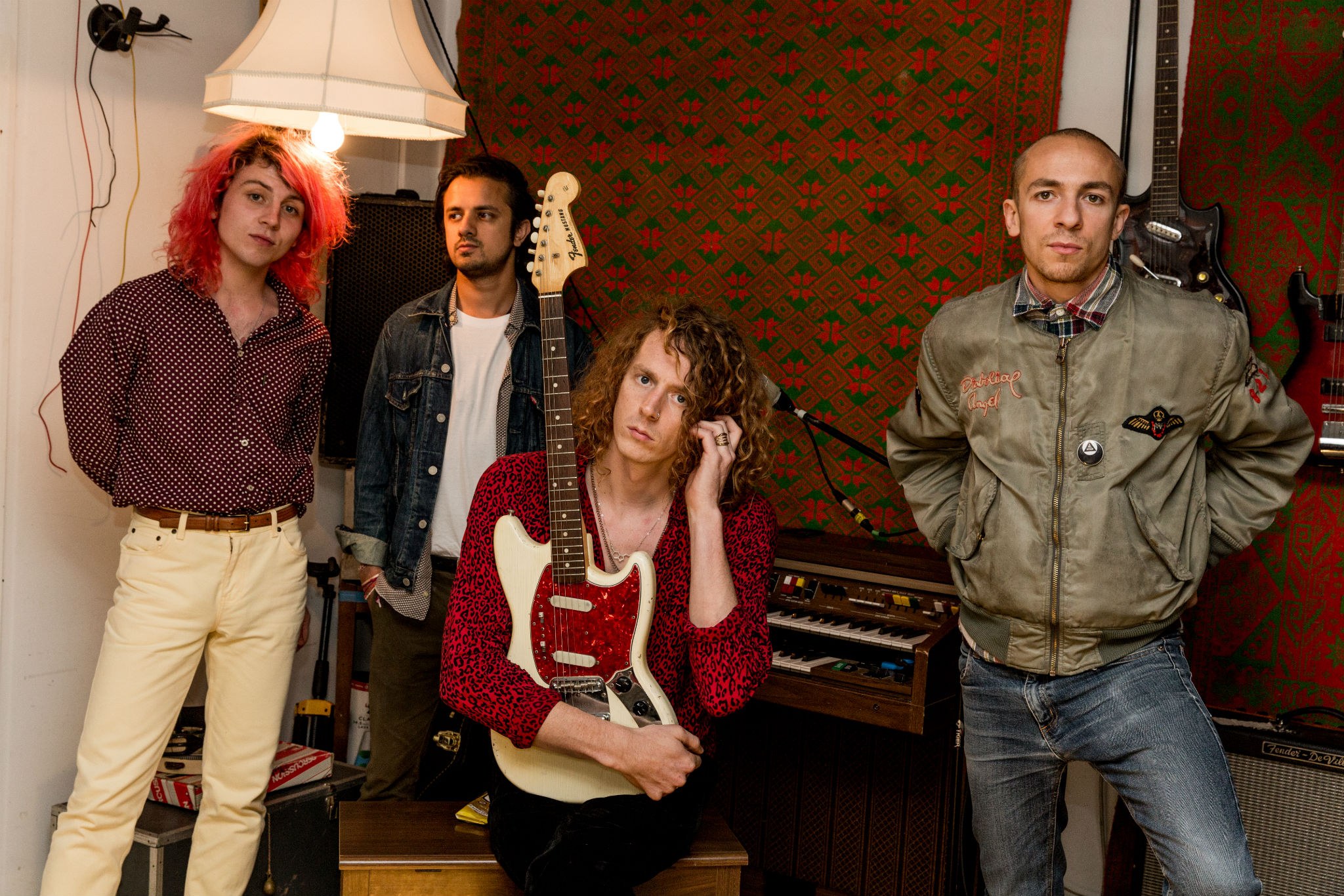 “We’ve been through quite a lot in the last couple of years.”

“There was a lot of jamming but there were also some very clear ideas that went on to change completely. Initially, there was quite a clear blueprint as to what we were trying to achieve. We wanted to make a record that was unlike what we had done before. It was dealing with themes that were beyond our normal realm of existence; more to do with what other people could relate to than just our own little bubble of things we’d been going through. I think scale was something we were trying to get across in the music and lyrics.”

“We decided we wanted to make this really bold record,” Blaine emphasises, “and suddenly we had our own space where we could play for twenty four hours a day if we so wished. After our last record, we had come back from America and had explored Americana and living in another country. We came back and realised that, in our musical life, we had explored different worlds and now we wanted to create our own world. We had musical nods to different eras, which has been a lot of fun, but with this, we wanted to make the definitive Mystery Jets record. We said it’s got to be bold; we didn’t want to think about it in terms of singles, we wanted to think of it as a cohesive, body of work. So, we built our studio which took about six months to do.”

What the band didn’t really count on was their new sense of freedom allowing almost too much room for exploration. “We started making the record and, in a sense, there were no perimeters for it. It was pure expression and there was something really, really wonderful about that, but it got to a point where it was all feeling very heavy. Jack [Flanagan] had recently joined the band and I think he brought a sense of immediacy and a live energy to the band. I think that really informed the creative process.” That was when things began to change. “So, we thought we had the album, we played it to people and we also agreed it was really dense, intense” - Jack chips in, “Intense!” - “so we decided to write something to create some contrast." 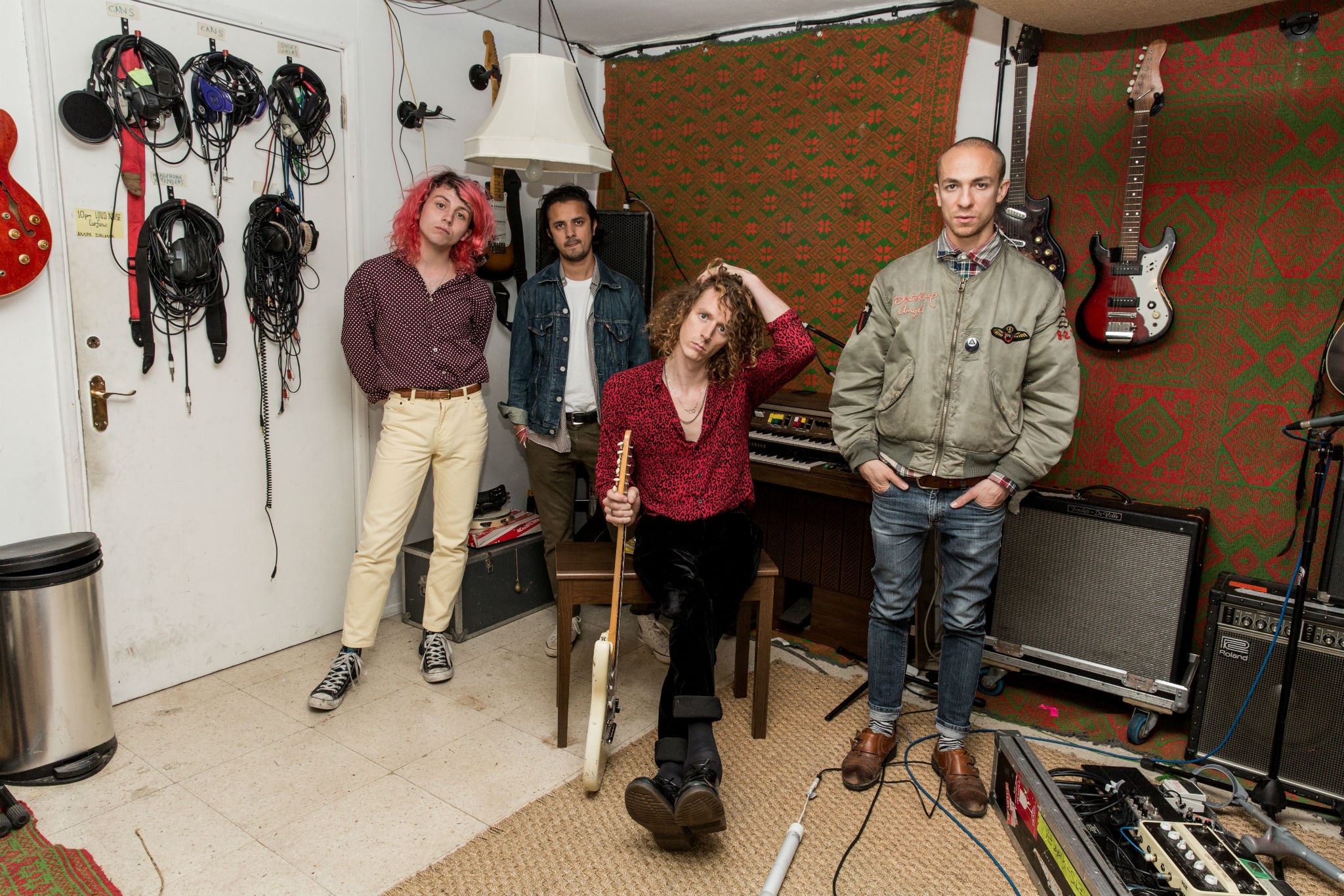 “After a year of being in that room and making a record,” continues drummer Kapil Trivedi, “we sat down our manager and listened to the whole album. It was just too much. It was really epic, and almost like too much information. It didn’t really feel like there was a balance to the record. There was just too much of one thing, and then we proceeded to find that balance, and now it’s a completely different record.”

From the sounds of things, the quartet are a completely different band. After their fourth effort ‘Radlands’ hit the shelves, they embarked upon the touring circuit, but soon found themselves without management, without a publisher and without one of their members. It was the addition of Jack – all bright eyes and pink hair – that seems to have really shaken things up for the group. “We were a gang again,” confirms Will, “having Jack on board. I think the journey of the record has been quite tumultuous in a way. Meeting Jack turned us all around and gave us a new lease of life for what we were doing, and the music shortly followed him jumping aboard. We almost reinvented ourselves a little bit. There’s a fresh gang mentality that I think had been missing since Kai [Fish] left, and that was a key part to being able to finish this record.”

The record itself stands as “a big melting pot of all of our influences” with the likes of Pink Floyd and King Crimson both getting a namecheck. It’s also given them a chance to redefine what they love about being in Mystery Jets. “For us, we’ve been through quite a lot in the last couple of years and there have been certain realisations that come with being in a band that has been playing together for two decades,” concludes Will. “There’s been a lot of growing up that’s happened in the last couple of years, and a lot of us just doing it for ourselves and setting up the studio, and having to fight our own corners. Not worry about disappearing for a couple of years, not worry about whether we’re still popular or not, and just getting on with it and facing up to reality. I think these songs have that feeling about them.

“It’s about redefining yourselves with what’s going on in your life, and not making anything up. There are a lot of songs on there about friends and lost friendships and not recognising the face in the mirror in the morning. There are songs about trying to growing up and whether that’s even possible. It’s a kind of coming of age, I think.”

Mystery Jets’ new album ‘Curve of the Earth’ is out 22nd January 2016 via Caroline International.