There’s a creeping buzz under the arches tonight that steadily builds before HEALTH come on stage, and even Heaven can’t help anyone unprepared for the aural onslaught to follow. If the shouty, all-caps rendering of the band’s name isn’t clue enough of just how loud they are, then the next 45 minutes screams it out, with our collective immersion into a dystopic soundscape, thanks to the LA quartet.

The band aren’t just bringers of the noise, though. Like that WWII-era maxim about the Soviet Union, HEALTH are like the riddle that’s wrapped in the mystery inside the enigma. A standard-sized setlist of eighteen songs is dispatched with in furious abandon, and the formless quality to their pounding, post-apocalyptic soundscapes and trippy strobe light accompaniment, which looks and feels like it should belong in a stadium fit for Nine Inch Nails, works unusually well in the cosy nightclub setting.

This paradox even extends to the songs themselves, as HEALTH’s electro-industrial carnage has a big pop sensibility punching a hole all the way through it. Whether it’s the almost cute dial-up modem effect on ‘Death+’ that morphs into a cacophonous racket towards the end, or the perfect marriage of icy electronics, deep noise thumps and unassuming frontman Jake Duzsik’s monotone gloomily intoning ‘We both know love’s not in our hearts’ on standout banger ‘Stonefist’, the steel and softness successfully coexist side by side in their sound. It’s ‘Life’ though, that’s their unashamedly poppiest moment; a sweet, synthy beam of light that shines through their otherwise grimy output, verging on jarring in its gentleness: but it gets one of the biggest reactions from the crowd, whose level of enthusiasm verges on cult-like at times. There’s a similarly rabid response to the wicked staccato grooves of ‘USA Boys’, another high point. The band take it all in stride and say little to nothing between songs, keeping the focus on the music. Between the noise, the lights and bassist John Famiglietti’s hip swaying and hair swinging moves onstage – which forms an oddly sensuous proposition – it’s easy to do: HEALTH thrive in a live environment, and neither eyes nor ears are torn away. Even the more abstract and atmospheric moments, such as ‘Tears’, famed for its inclusion on the Max Payne 3 soundtrack, gets a huge amount of love, despite its slower tempo.

Bringing the night to a dizzying end far too soon, HEALTH close on what sounds at first like a random 30-second screaming thrashfest, but is actually ‘Girl Attorney’ – and before you know it, they’re gone. As the lights go up though, there’s a feeling in the air that ears will be left ringing and hearts will be kept pounding ‘til the next time they return. 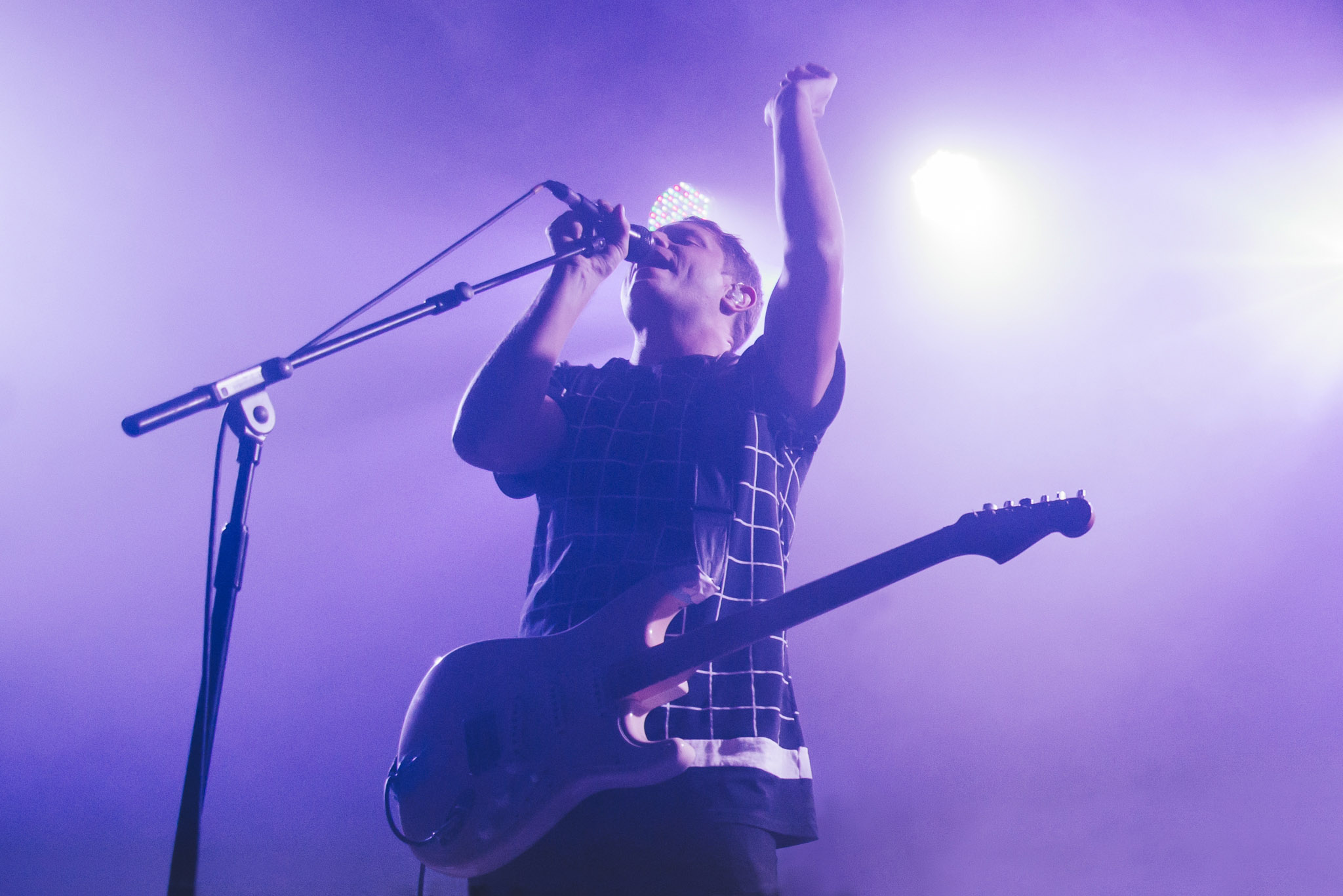 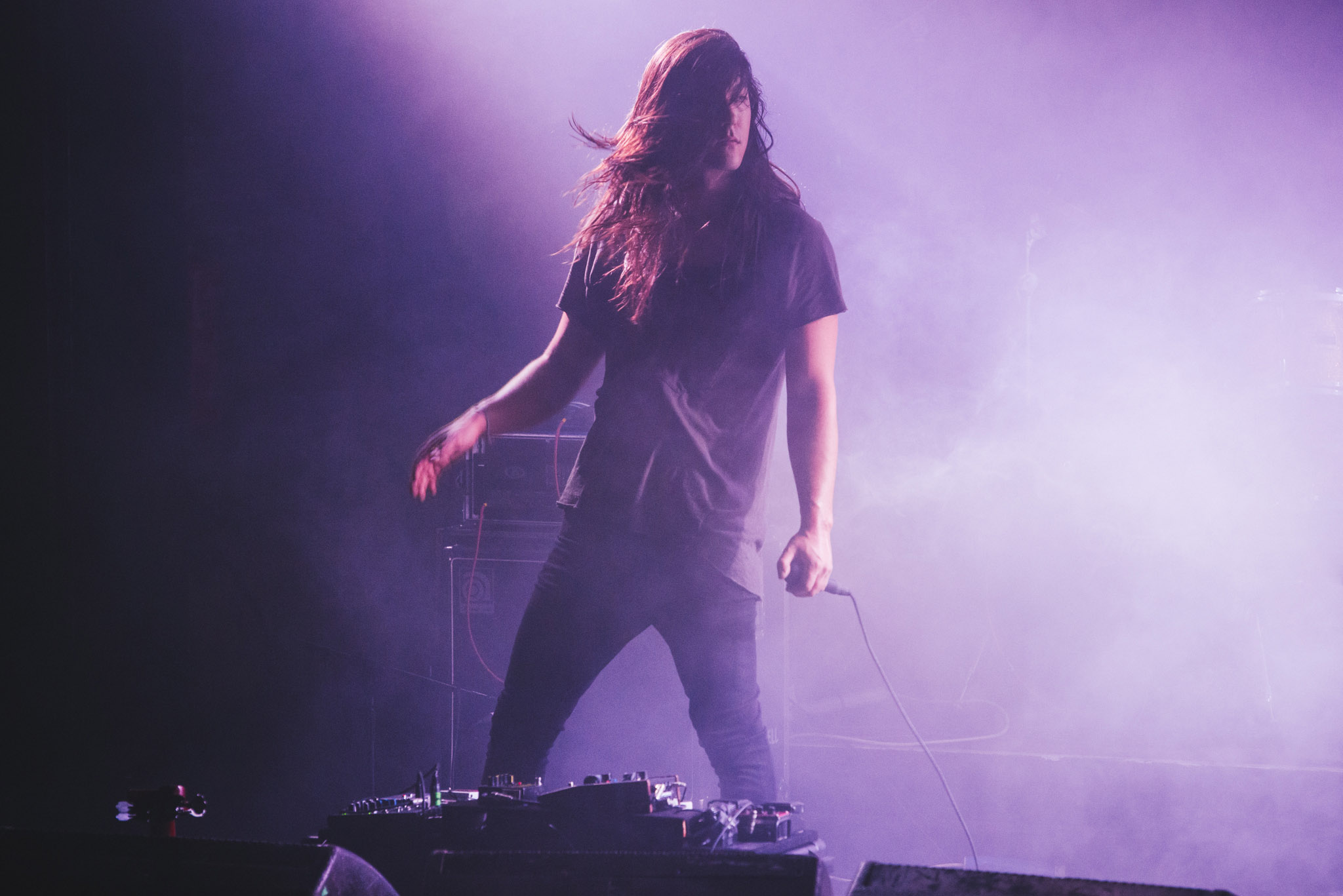 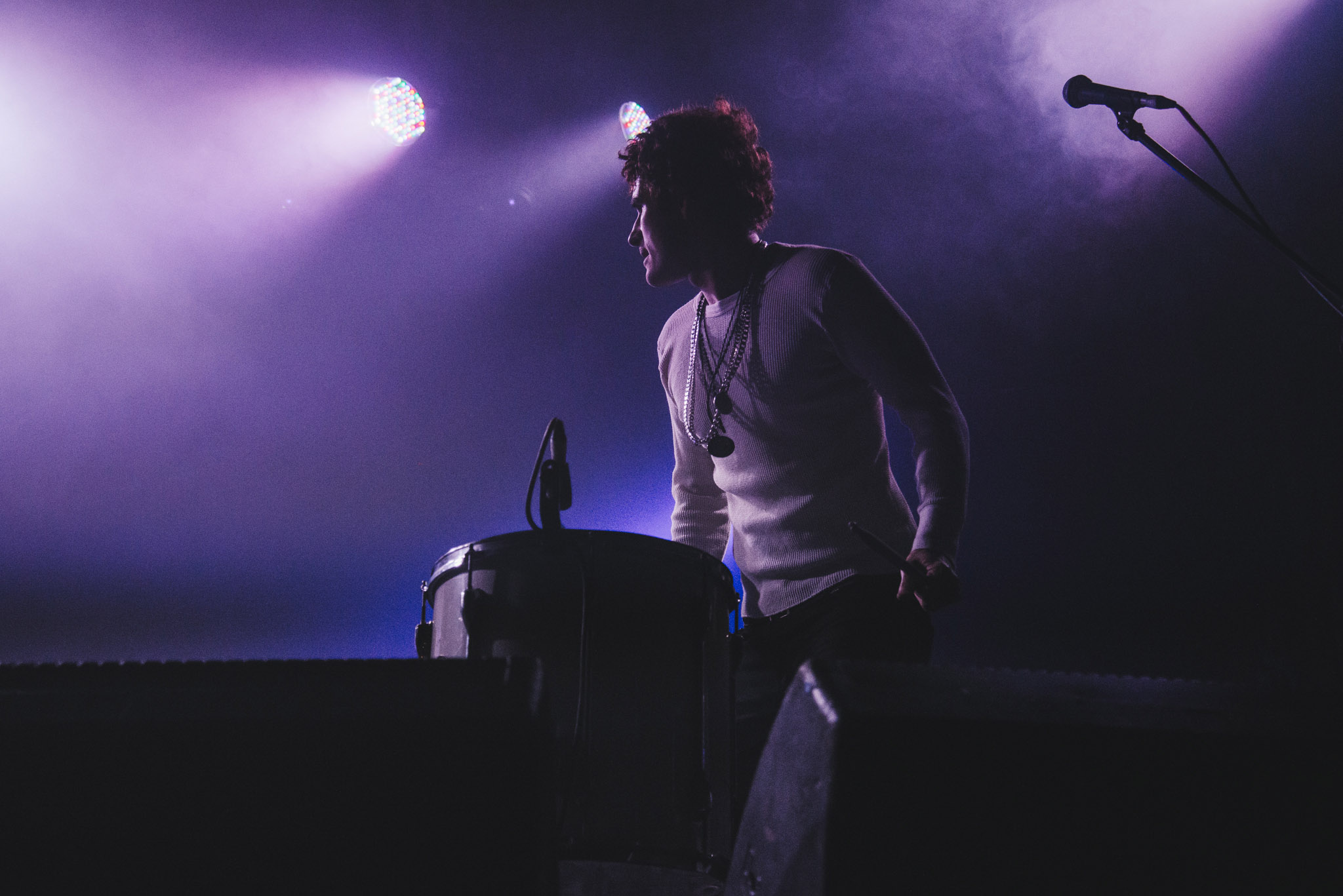 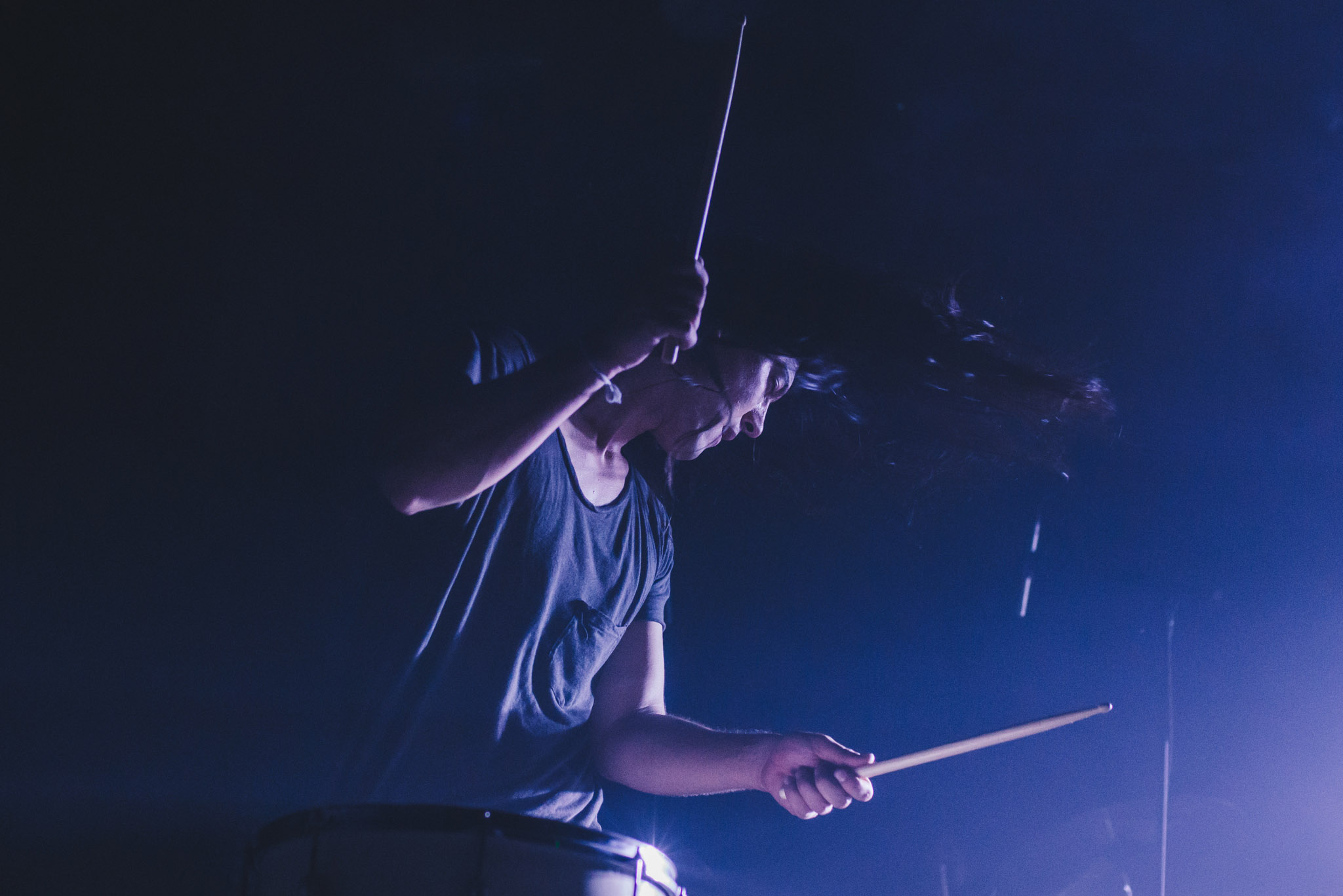 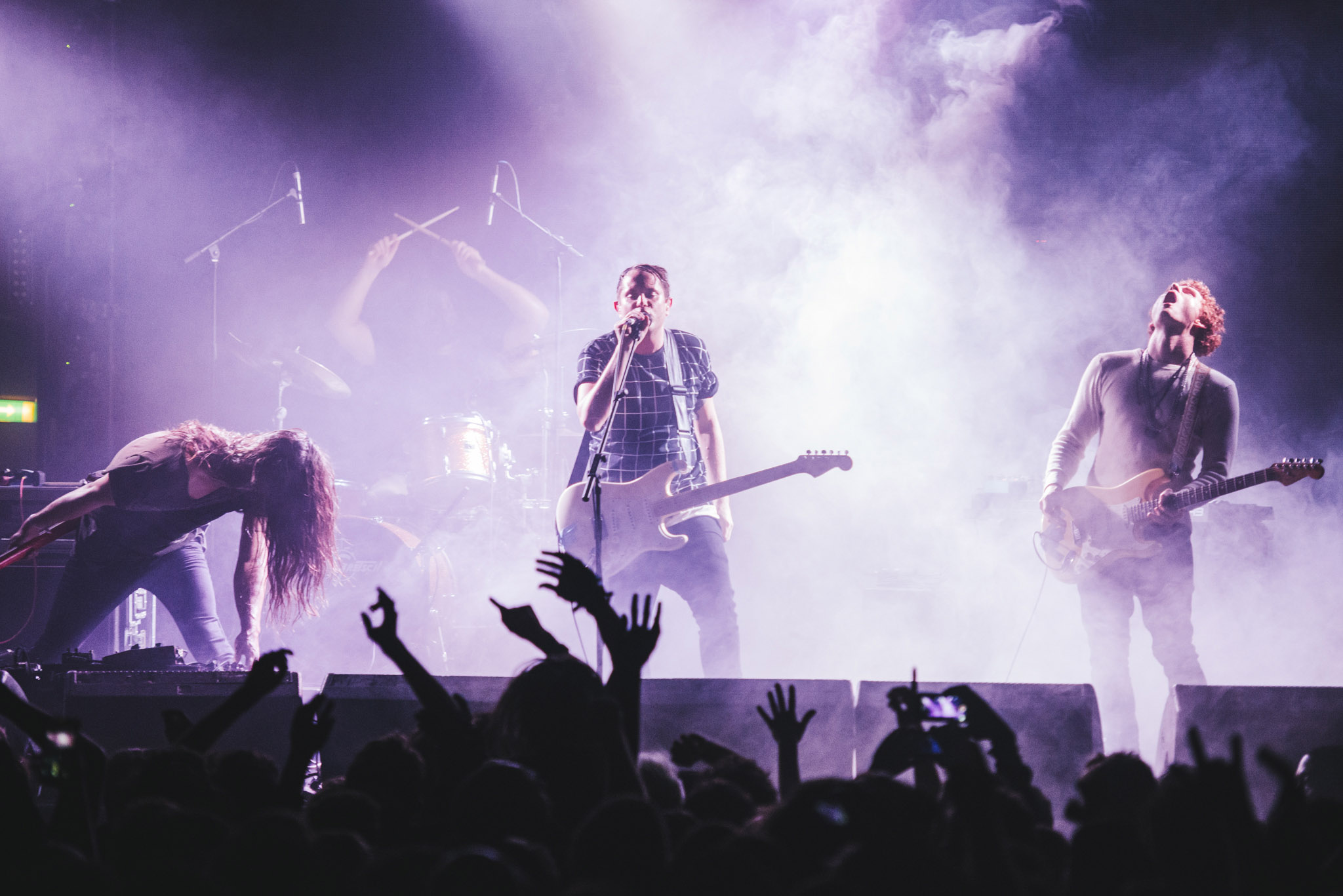 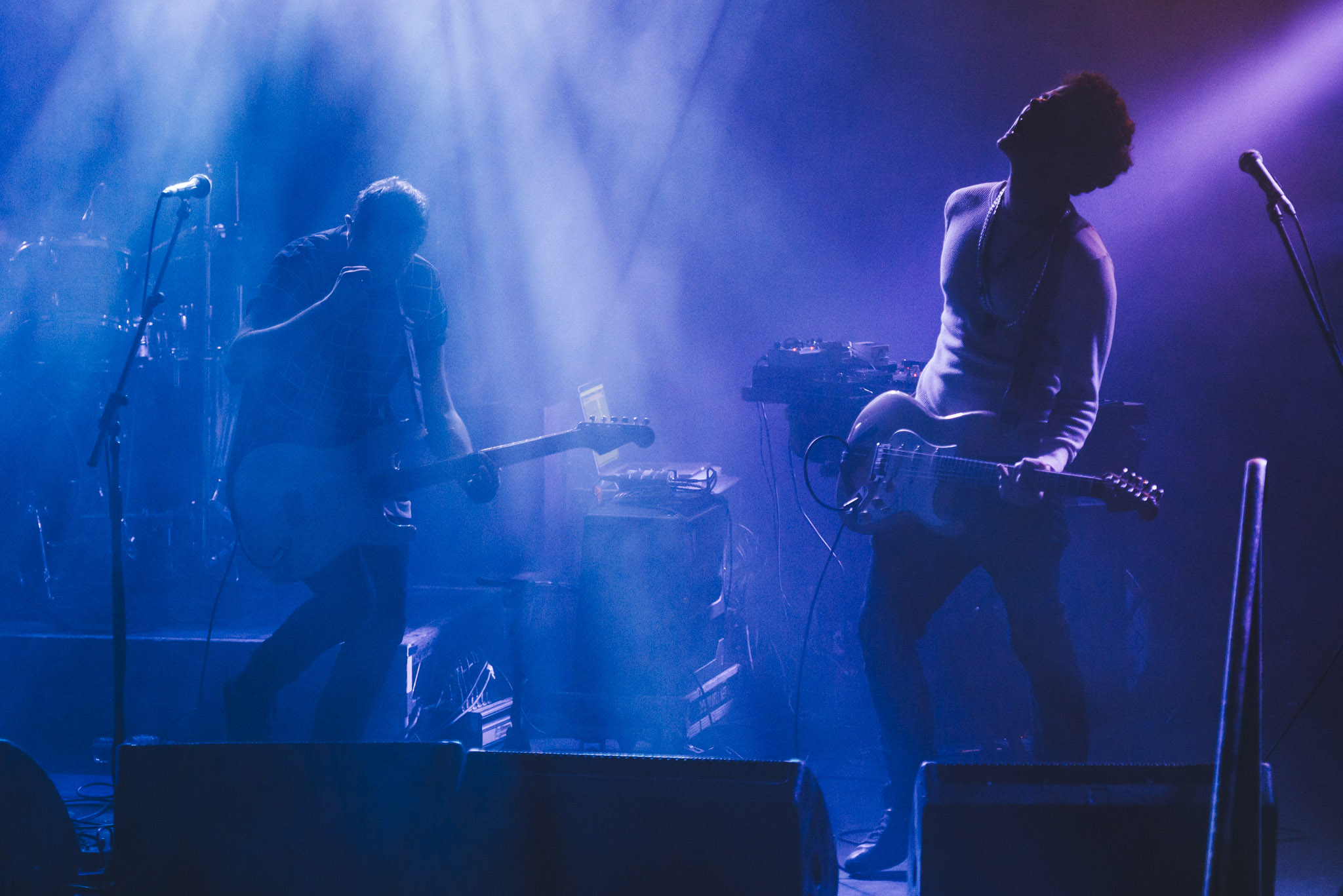 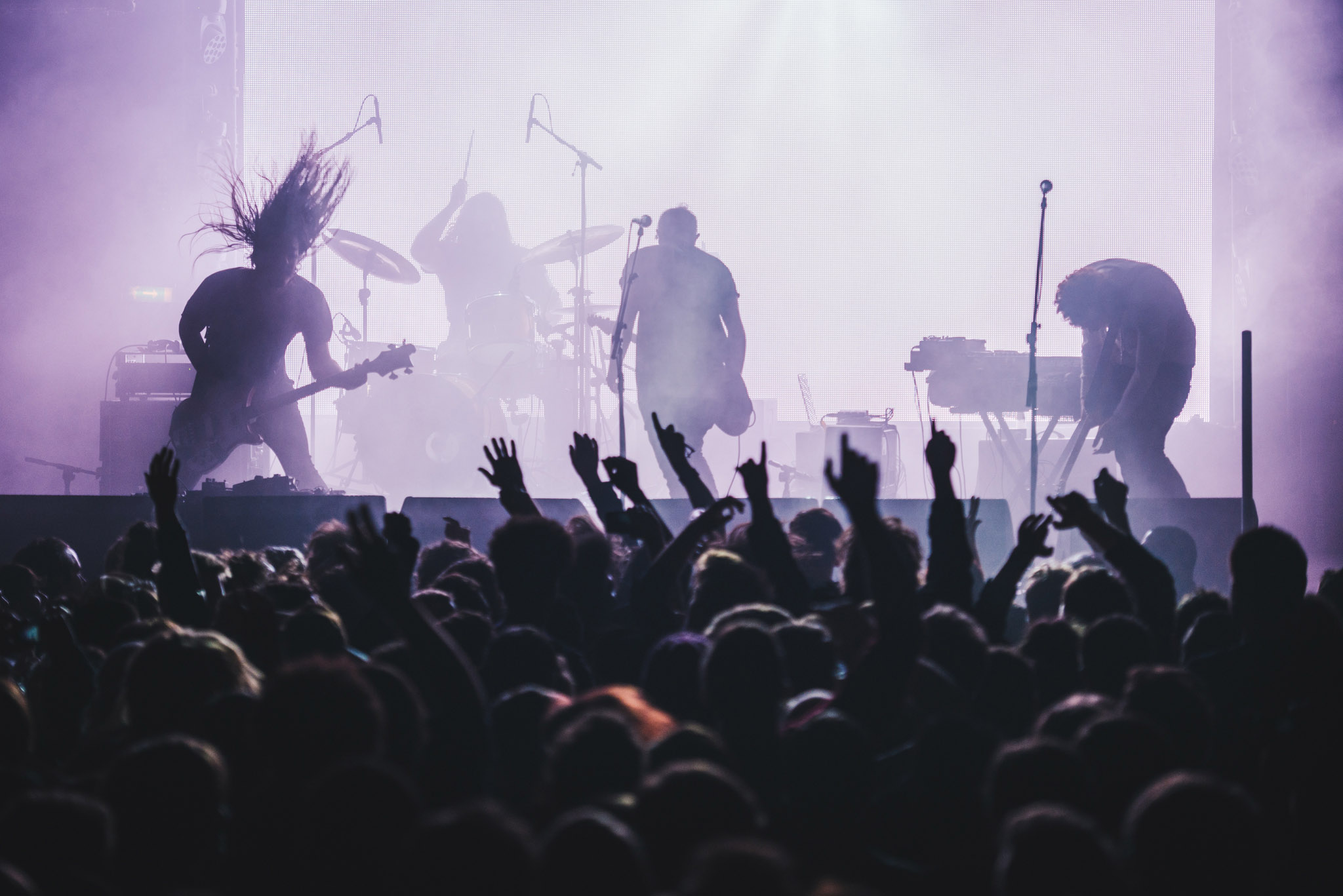 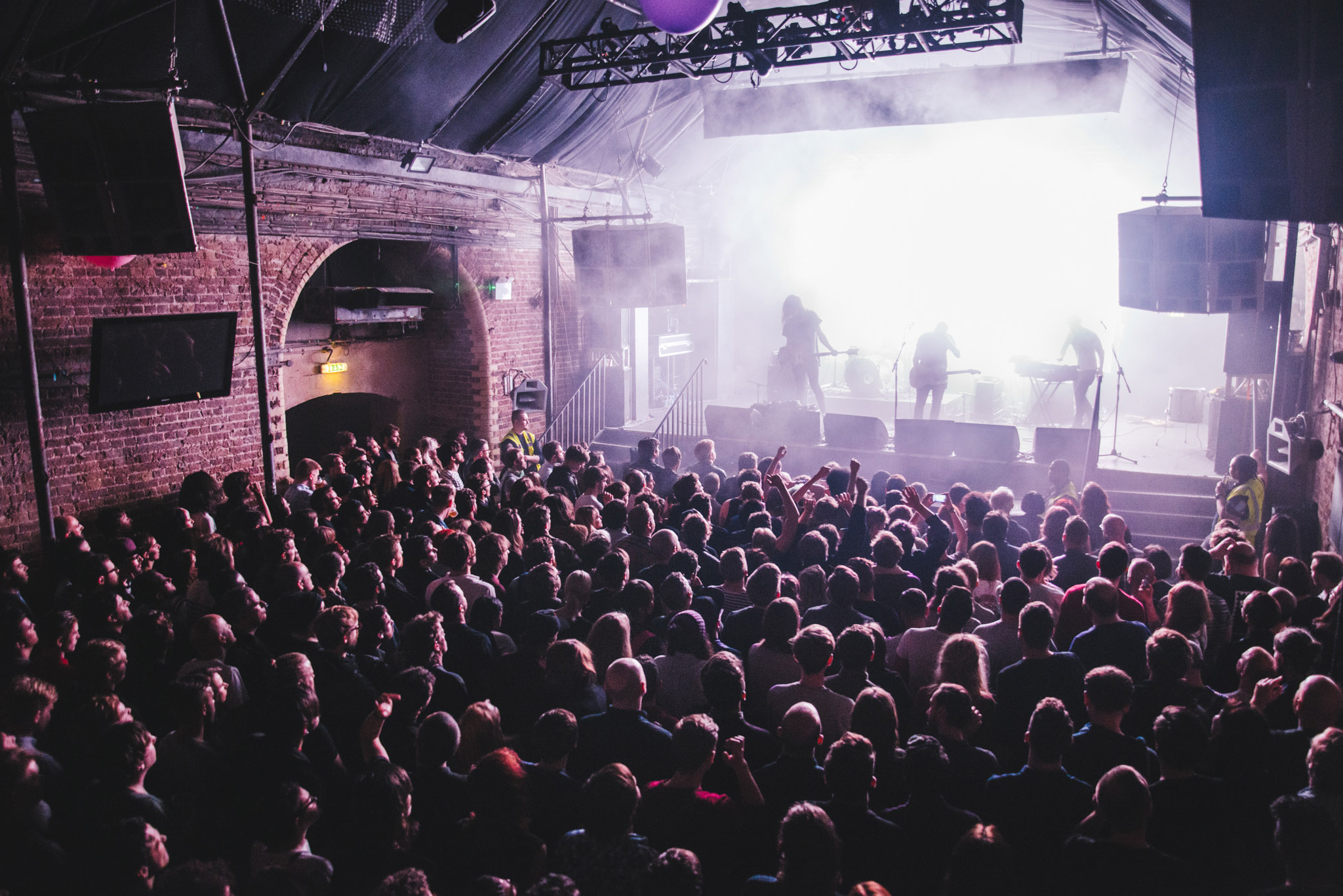