Wavves’ Nathan Williams has mastered the live embodiment of his songs more than he may ever on record, and tonight it’s a treat. Drawling, nonchalant, yet desperately urgent.

Bluntly, the sound is huge. Alex Gates (guitar, backing vocals), Stephen Pope (bass guitar, backing vocals) and Brian Hill (drums) add atomic levels of weight, but the chaos really kicks off in the crowd. Only four tracks in, ‘V’s All The Same sees the first of many ‘circles of death’ form. As the guitars surf to a peak, someone throws a bottle into the middle – and, like moths to a flame, battle commences. Shoes go flying, bodies surf, and a couple, somewhat admirably, try making out in the middle of it all. Thrill seeking unites the scene.

The energy is understandable. It’s been nearly three and a half years since Wavves last hit these shores, and they come with a whole load of new material to boot. Alongside ‘V’, the band also released a collaborative LP ‘No Life For Me’ this year with kindred spirits Cloud Nothings. Cuts from that record offer extra punch, its title track brought to life with a menacing bassline.

For all their carefree undertones, the musicianship is impressively tight. Williams does begin naming songs, but admits “Steve dared me to drink a bottle of gin”, so quickly sticks to playful “this is a new song”, “this is an old song” references. Partly one suspects, because he’s in no state to remember. Anyway, the song names needn’t be given to this crowd, they illicit the same manic response regardless of age.

‘Demon To Lean On’ from 2013’s distort laden pop-punk effort ‘Afraid Of Heights’, is a moping gem, Williams droning “holding a gun to my head so send me an angel, or bury me deep in the ground with demons to lean on”. The riffs match the liberation from such ambivalence. And the night ends in similarly dominant fashion with a fuzzy, hazy version of ‘Green Eyes’ purposeful in its jarring vocal delivery. The crowd lap it up, as they have all night, as another errant shoe is held up by a fan looking for its owner.

However long the band stay away, these waves have no chill, in fact it’s a damn tsunami. 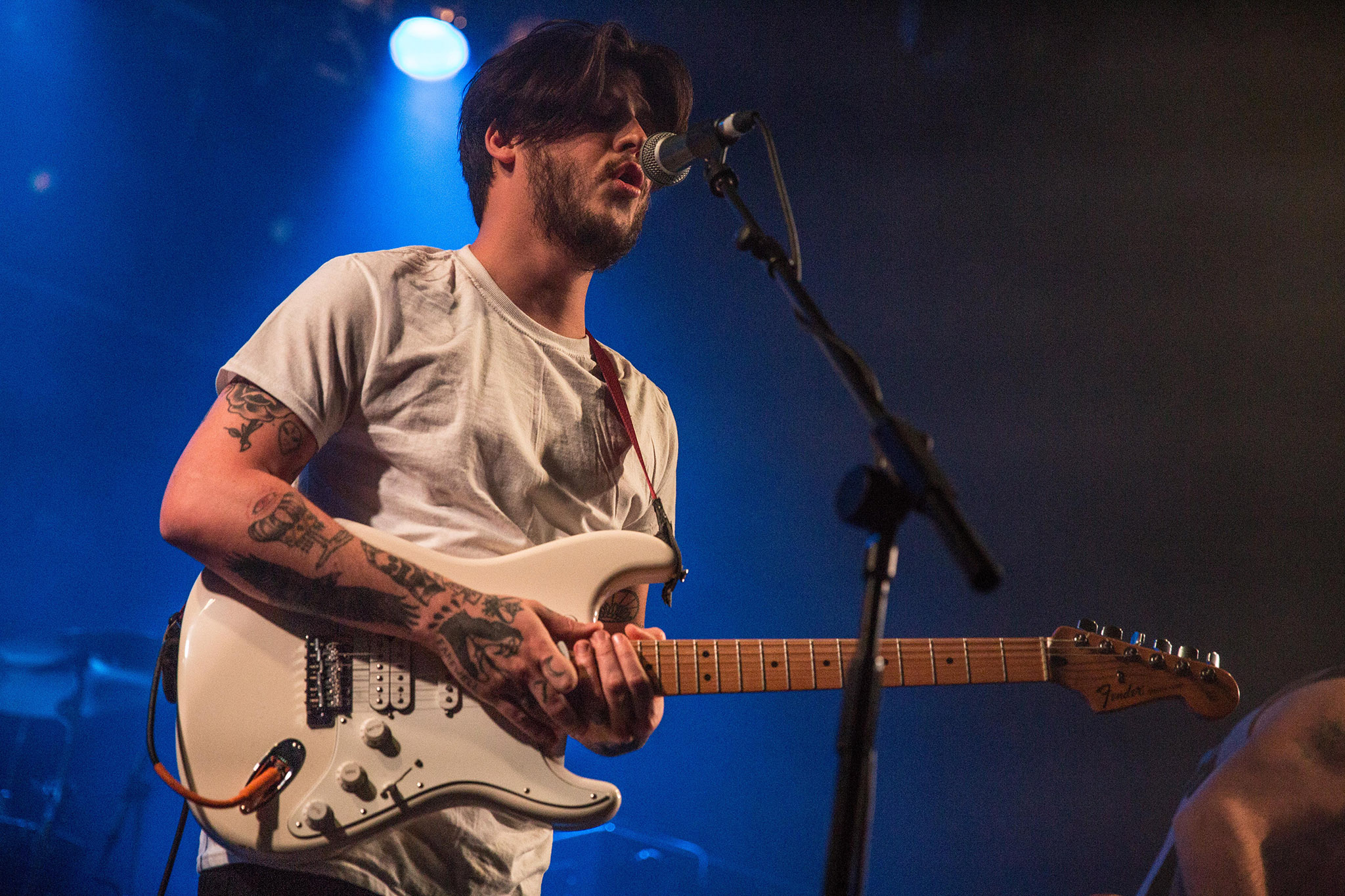 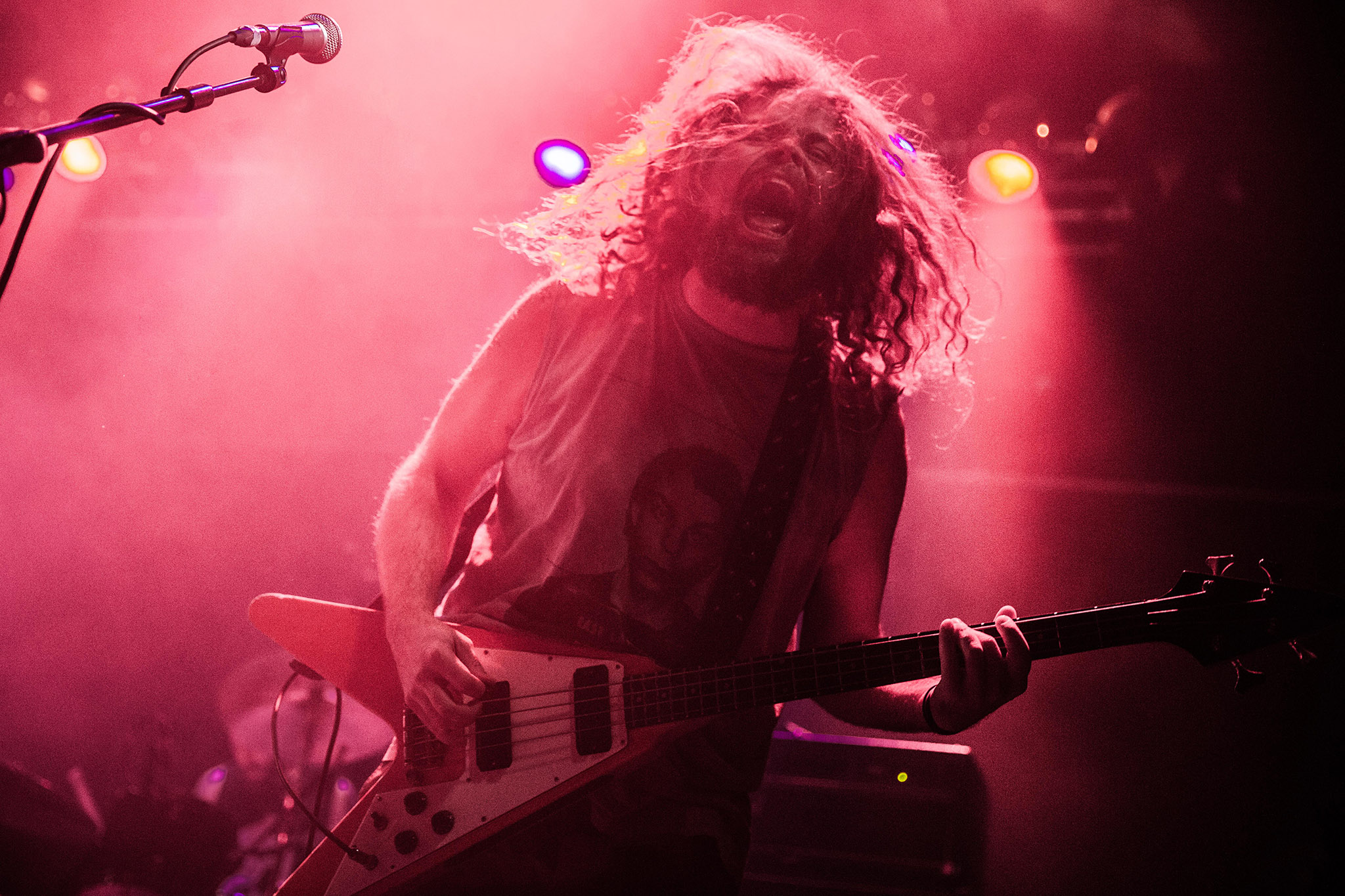 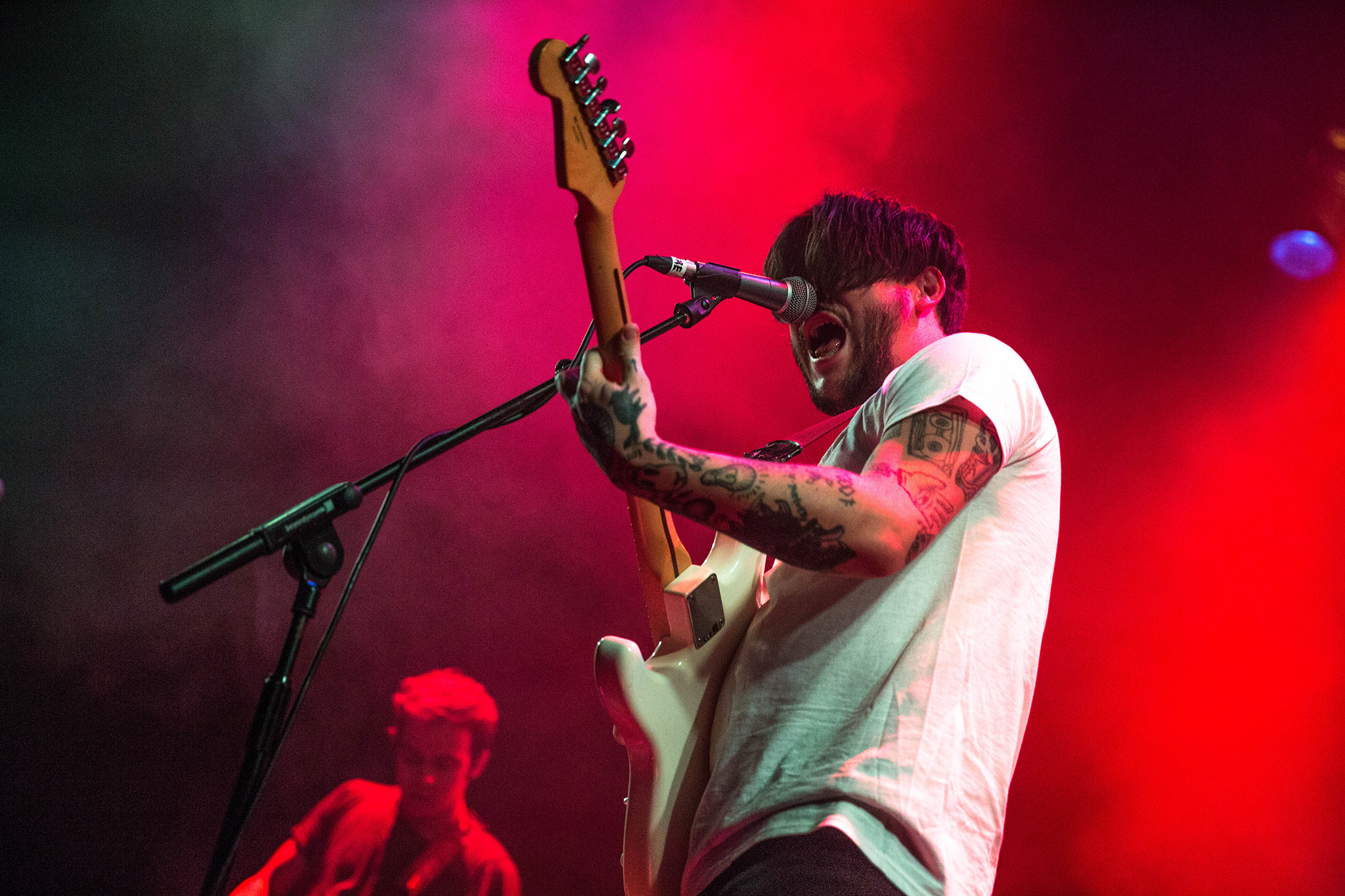 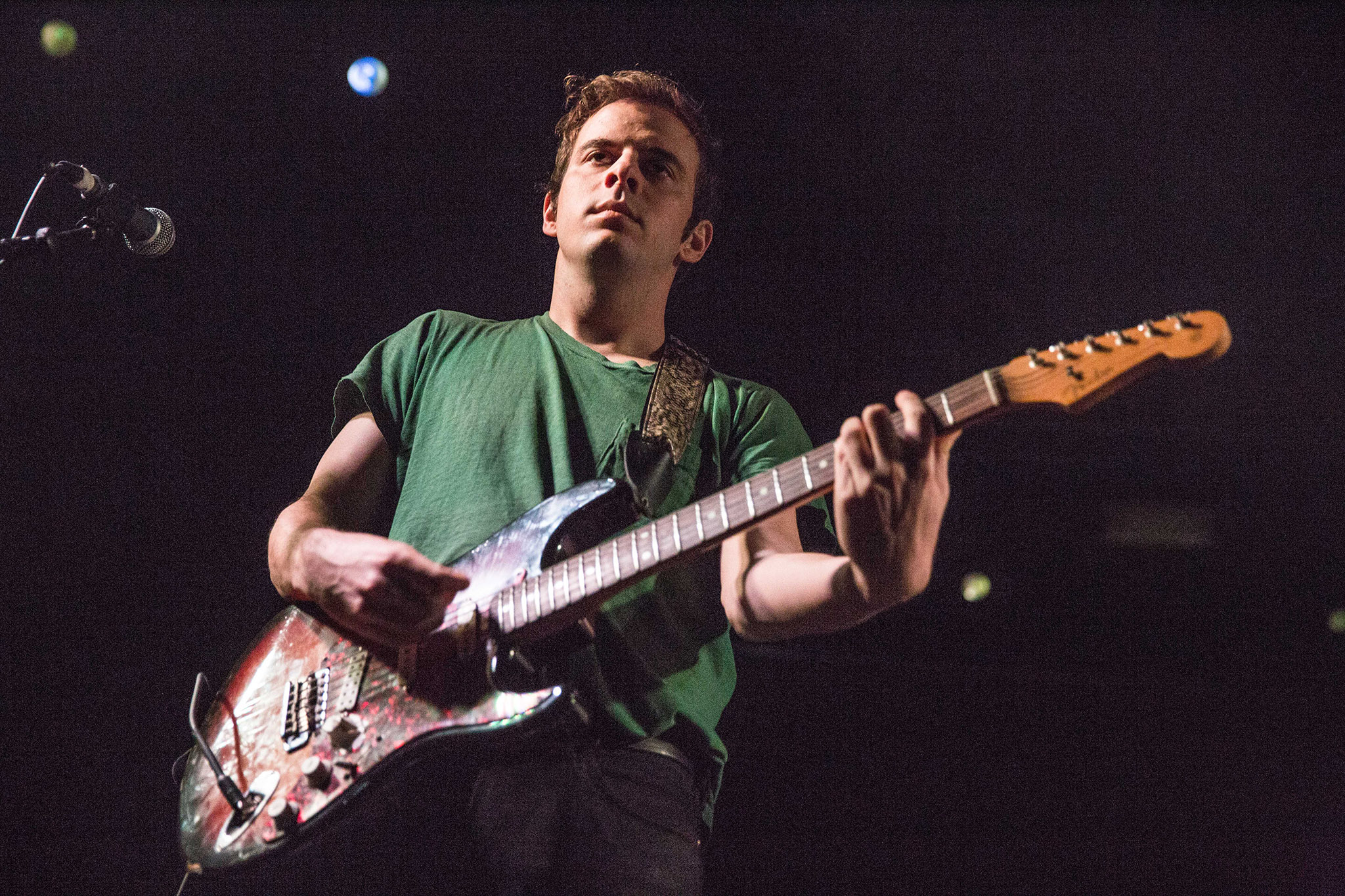 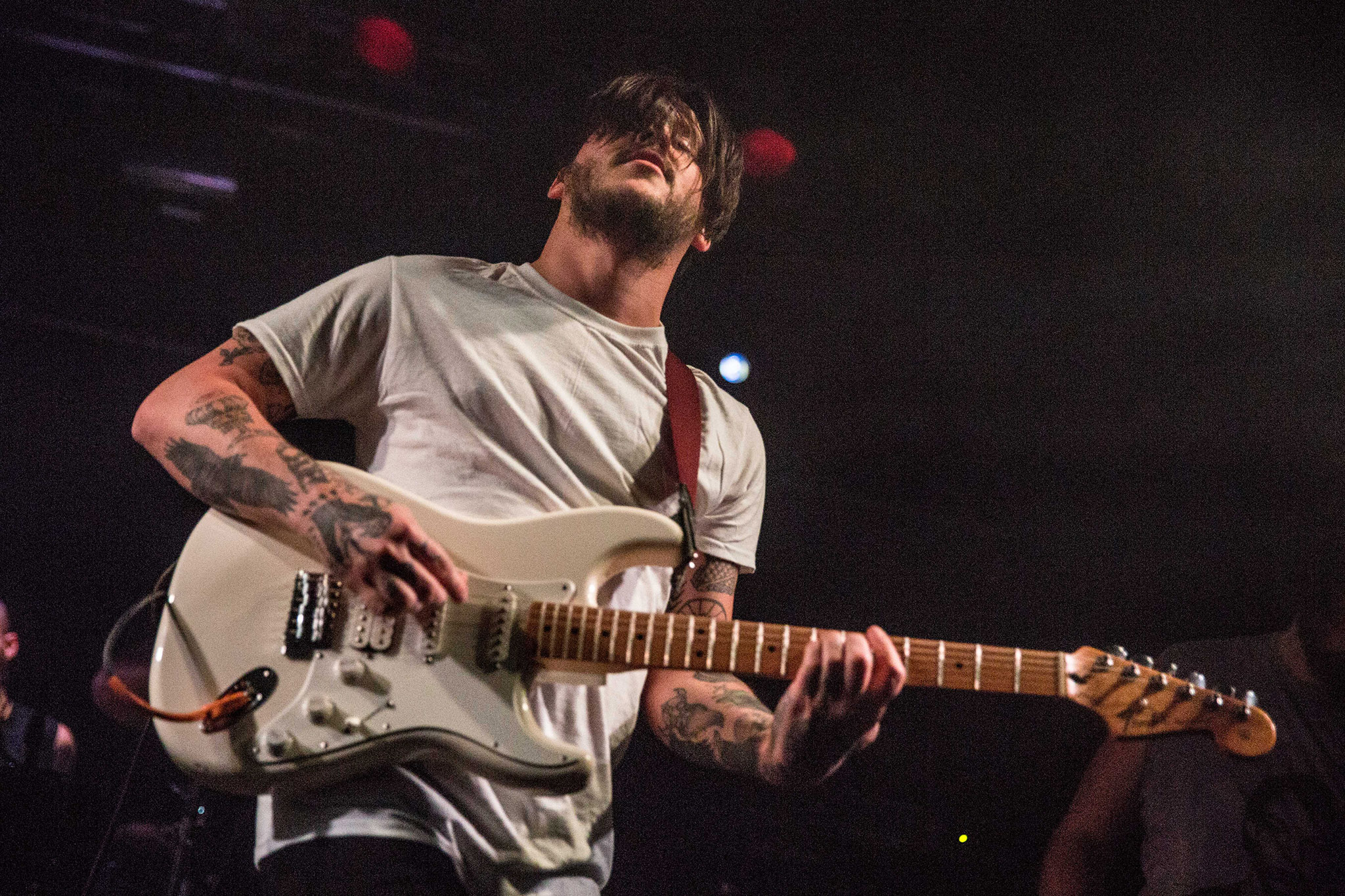 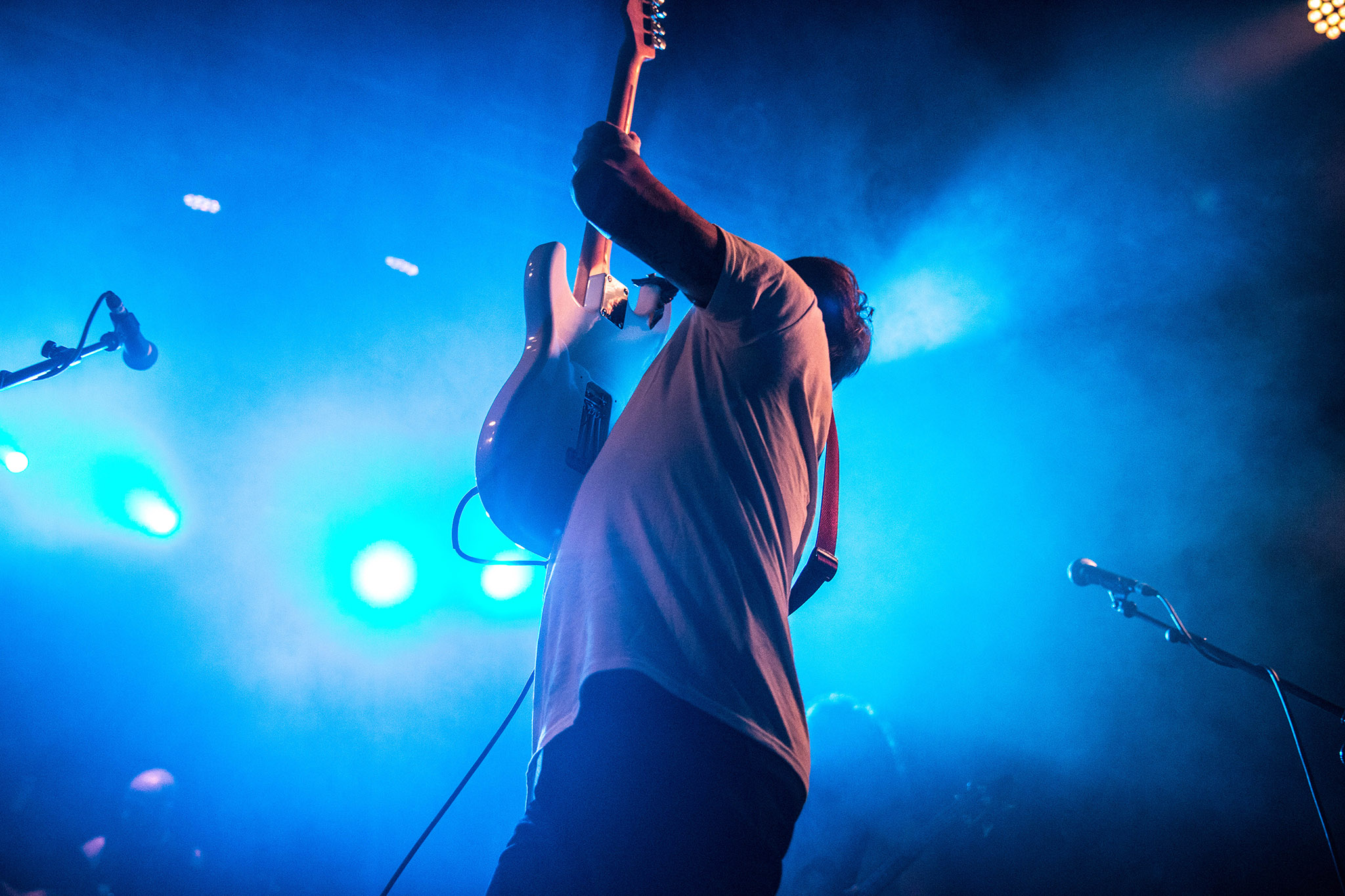