After linking up for last year’s All Years Leaving bash, DIY are thrilled to be teaming up with Birmingham promoter This Is Tmrw once more to bring Traams to the city’s The Hare & Hounds.

They’ll take to the Hare & Hounds on Thursday March 17th as part of a wider UK tour - tickets can be nabbed from Skiddle. 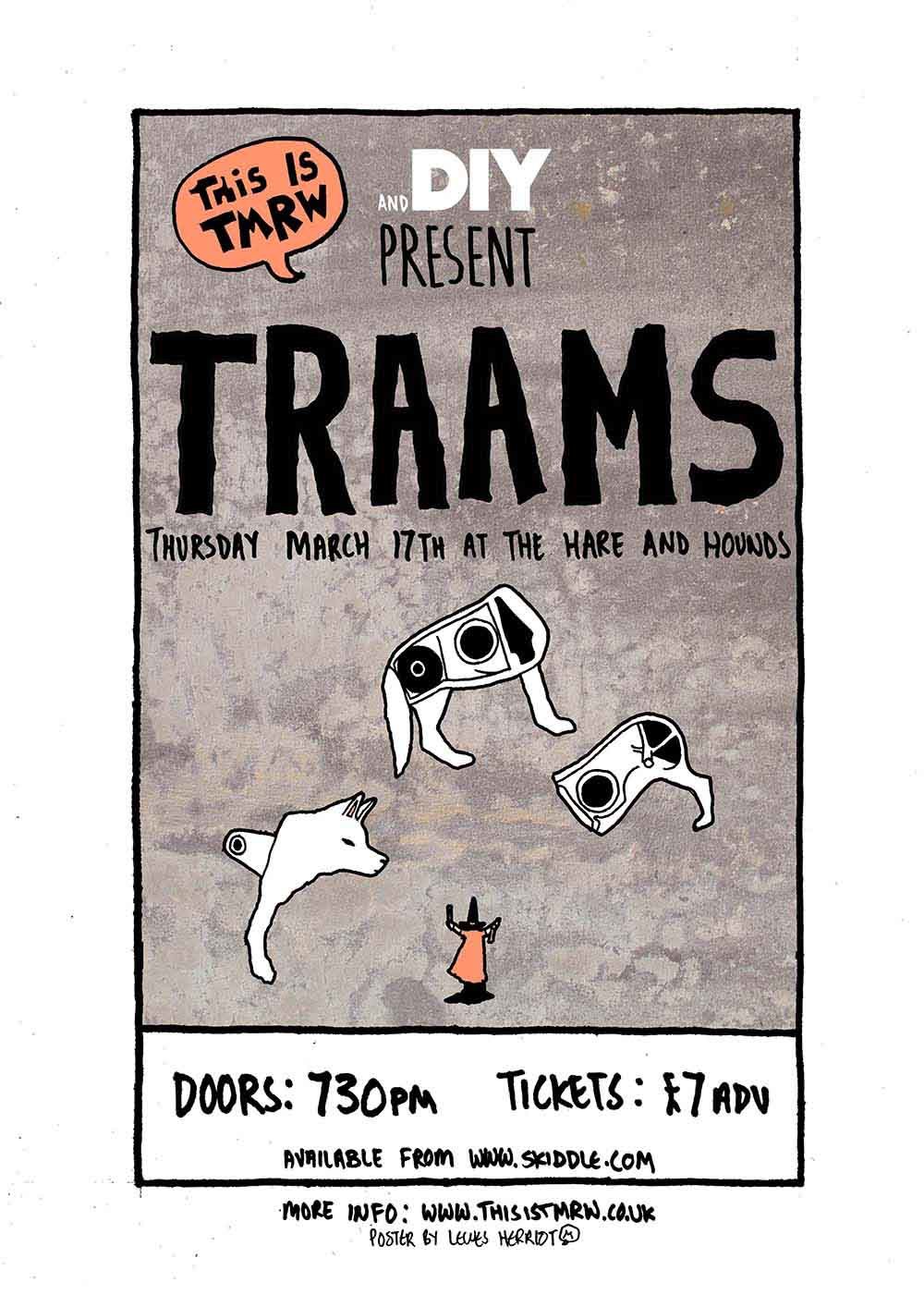