The story of School of Seven Bells is heartbreaking; a term not that is largely not associated with dreamy shoegaze bands from Brooklyn.

In 2012, they released their third album ‘Ghostory’: a concept record about young girl named Lafaye and the ghosts that surround her. In February 2016, the fourth (and final) album ‘SVIIB’ is on the cusp of release and the idea behind its predecessor has become all the more thought-provoking.

The band first launched as a trio comprised of Benjamin Curtis, Alejandra Deheza and her twin sister Claudia. In 2010, Claudia left the band and little more than three years later, Benjamin, the founding member, died of T-cell Lymphoblastic Lymphoma at the age of 35. With the aid of producer Justin Meldal-Johnsen, a handful of friends, and arguably moments that go beyond the breadth of human understanding, Alejandra has completed the record that she and Benjamin started together.

There’s a rawness to ‘SVIIB’ that makes it hard to fathom that it was written almost entirely before Benjamin was even diagnosed. The lyrics “It’s time to wake up. Open your eyes, love ‘cause you’ve been sleeping. It’s getting hard to bear watching you all alone”, taken from the album’s first release ‘Open Your Eyes’ are beyond chilling.

Permeated with honesty and a cruel, aching subtext, School of Seven Bells is the story of a relationship between two people: one of love, companionship, loss and heartache. The album was the product of what Alejandra described as “the most creative and inspiring summers” of their lives. Despite having already released Curtis’ last ever produced song; an all too apt cover of Joey Ramones “I Got Knocked Down (But I Get Up Again)” in 2014, ‘SVIIB’ represents the final farewell.

Ahead of the release of ‘SVIIB,’ we spoke to Alejandra Deheza, who completed the record following Benjamin Curtis’ passing.

So, you and Benjamin almost had the album completed when he was first diagnosed, is that right?

Yeah I’d say that we had about 80% of it done. We decided we were going to work with Justin [Meldal Johnsen] and we wanted to have all of the songs written ready for when we had time scheduled in with him, but that time ran into everything that happened. We were going to get together with him to get his touch on it, but yeah, the songs were already written.

It’s interesting you say that, because this album does feel like the closing of a book or the ending of a chapter. Have you found that the lyrics have taken on new meanings when you listen back to it now?

Oh my god, yes. Not only that; I had a sense of urgency to tell our story. When I listen back to it now, there was an obvious reason for that. I didn’t know why I felt super compelled to write about this stuff. I can’t ever pick what I’m going to write about. I write about things because I feel like I have no choice, and it’s the only thing that comes out at the time. But now I understand it. Before, I didn’t understand and it was really hard, y’know. I was writing about this person and he’s standing right next to me, and I have to run these songs by him. At the time I couldn’t talk to him about any of it.

Did Benjamin ever ask you why were writing things like that?

It still blows my mind that he didn’t. With a lot of songs beforehand he would. There were other songs that were so incredibly about him, and he’d ask me about them but I didn’t want to give a direct response so he stopped asking. There’s a song on this record called ‘A Thousand Times More,’ and I told him that I wrote it for him because he was going through such a terrible time. He was so sad and depressed when he was going through a break up, I was desperate to make him feel better. That’s the only song he knew was about him.

Was there ever a point after he got ill when you considered scrapping the album?

No, never. We had no idea what was going to happen. We really, really had no idea. It honestly wasn’t until a couple of months before he died that it became a reality and we realised that it was actually possible. It was just such a shock. It wasn’t something we ever considered was possible. That was never, ever on the horizon for us.

A case of “that’s the kind of thing that only happens to other people”?

It’s true. Especially with the people you love. You walk around and pretend that it will never happen and I think that’s the same for everyone.

Everyone thought David Bowie was invincible…

Oh my god. Isn’t that crazy though? The way that somebody's presence and magic can do that? How in the world is it realistic to believe that someone is immortal like that? But I mean of course he was. He’s one of those stars out in space that live to be a billion years old.

“Benjamin was amazing, and he was constantly pushing me; especially with this last record. I still hear that voice saying ‘Can you do this better?’”

You’ve said that you and Benjamin are soul mates. Could the same be said in the musical sense?

Yes. It always, always worked. The only time we were actually ever really pushing each other was with this record. Before that, it was always so fluid, and the songs would just come out. Again, now I understand it; back then I didn’t. As much as he was pushing me, he was pushing himself as well.

School of Seven Bells had always recorded in the same studio in Williamsburg but you didn’t finish the album there. Why was that?

I moved to LA to be closer to Justin and his studio in order to get things finished. Not only that, I just couldn’t finish it off in that studio and it took me about a year to realise. The context was just way too sad. I couldn’t listen to it with fresh ears or see it with fresh eyes, but here I can. The original studio was just too coloured by everything that had happened, and I just felt like I needed new context. I needed to be around someone that could look at it from a different point of view. We had already chosen to work with Justin beforehand, and it didn’t seem like there was any reason not to continue with what we’d planned. I recorded the vocals to the song ‘Music Takes Me’ with Brandon Curtis, Benjamin’s brother, and my sister, in the old studio. We had just recorded one little bit and it completely dismantled me. I really thought that I was ready to start recording again, but even just that one day in the studio totally threw me back. After that I couldn’t even listen to the music for another six months.

Did it really feel like you were recording without him or were there points where it felt like he was still there?

[It felt like that] All the time. With anything and everything. Any time there’s something happening in my life, whether it’s something important or not at all, his presence is so strong, and it’s definitely comforting. Sometimes it’s almost like pressure, like whatever I’m doing, it had better be good. He was constantly challenging me and I have no idea where I would be as an artist if it weren’t for him being in my life. He was amazing and he was constantly pushing me; especially with this last record. I still feel that and it’s still so strong. I still hear that voice saying “Can you do this better?” or “What if you did this a different way?” and I’m so glad that I do. It’s pretty amazing.

“When I looked back at what I’d come up with, it was just a love letter to Benjamin, pretty much.”

Do you find yourself second guessing what you’re creating in case it isn’t the way that Benjamin would have wanted it?

Fuck yeah! All the time. Every time I sit down and try to write something, I’m always wondering whether he’s in the room - but that’s definitely a good thing. I feel like I’m now always pushing myself to be better. When I first started writing again without him, I was second guessing myself because I didn’t have my person there guiding me and challenging me. When I was writing this record, the lyrics and the rhythms and even the way I was approaching stories and stuff was completely different, and it scared the shit out of me. I thought to myself “I don’t even know who’s writing this right now”, I mean it wasn’t the voice that I knew anyway. He was constantly challenging me and saying “Maybe you could make this a bit clearer”. I was always writing, but compared with our other records I feel like the lyrics are much more poetic, although I’m not sure that’s the right word.

Yes, perfect. A lot more romantic. It pushed me to be a lot more straightforward with what I was trying to say. It was really weird for me. He was pushing me to write these things that are so clear but also so clearly about him. I’d go into the studio and think, fuck I’ve got to get this out of my head, but it’s impossible when he’s right there. So I found myself trying to step outside of the situation, and when I looked back at what I’d come up with it was just a love letter to him pretty much.

So this is the final School of Seven Bells record - how do you think you’ll feel once it’s finally released?

I feel super excited about the record coming out, but I feel like even after it is out, there’s still so much work to do that any other emotions can wait. I’m really have no idea how I’ll feel once it’s actually all over.

What’s going to come next for you?

Next we’re just going to try and put together a live show and stuff like that. I mean there’s going to be more music for sure. It’s not going to be School of Seven Bells but it’s going to be what I do. It’s taken me a few years, I wasn’t just up and ready to play music straight away but now I feel like I can again. 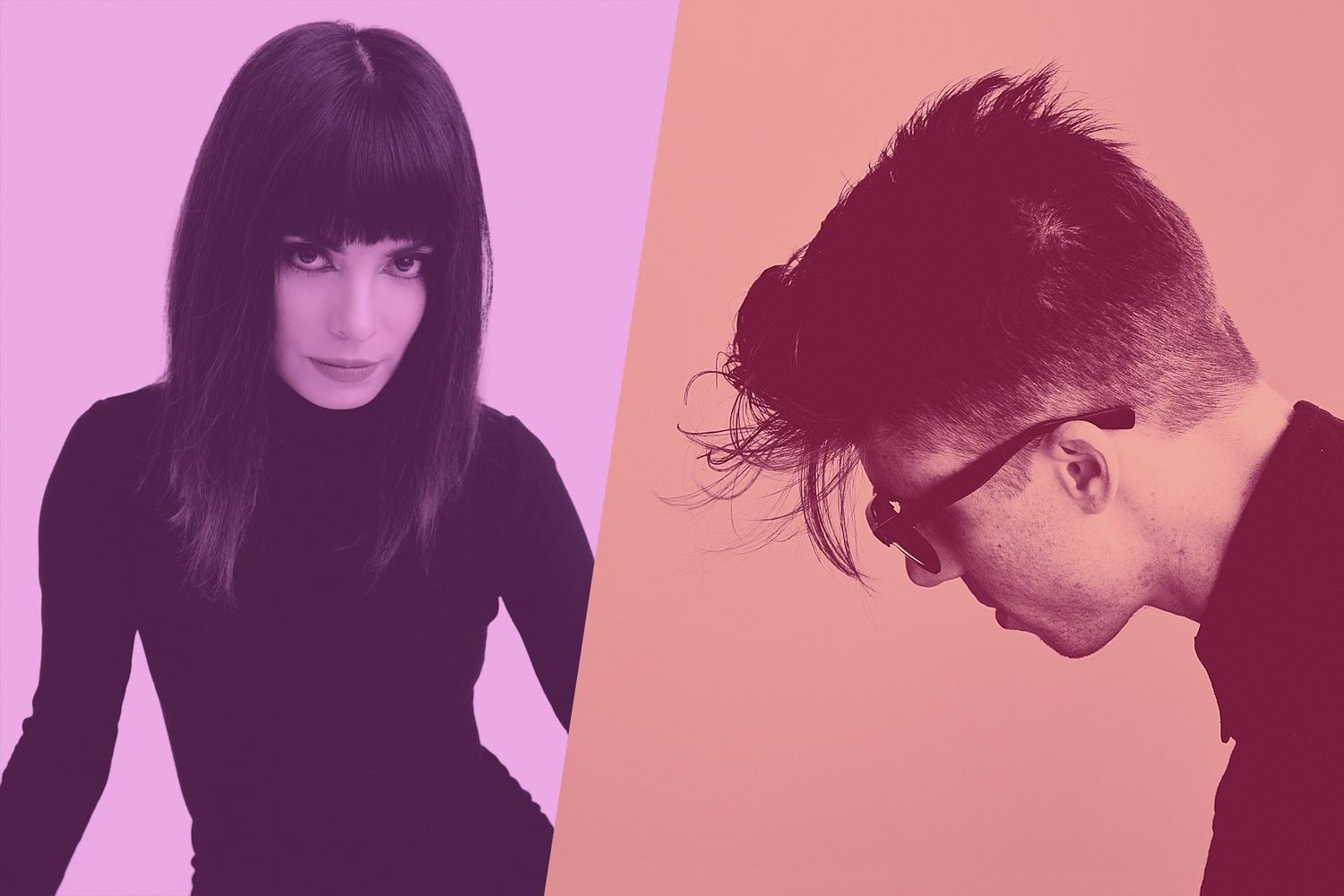 The project’s farewell album was completed following the tragic passing of the duo’s Benjamin Curtis. 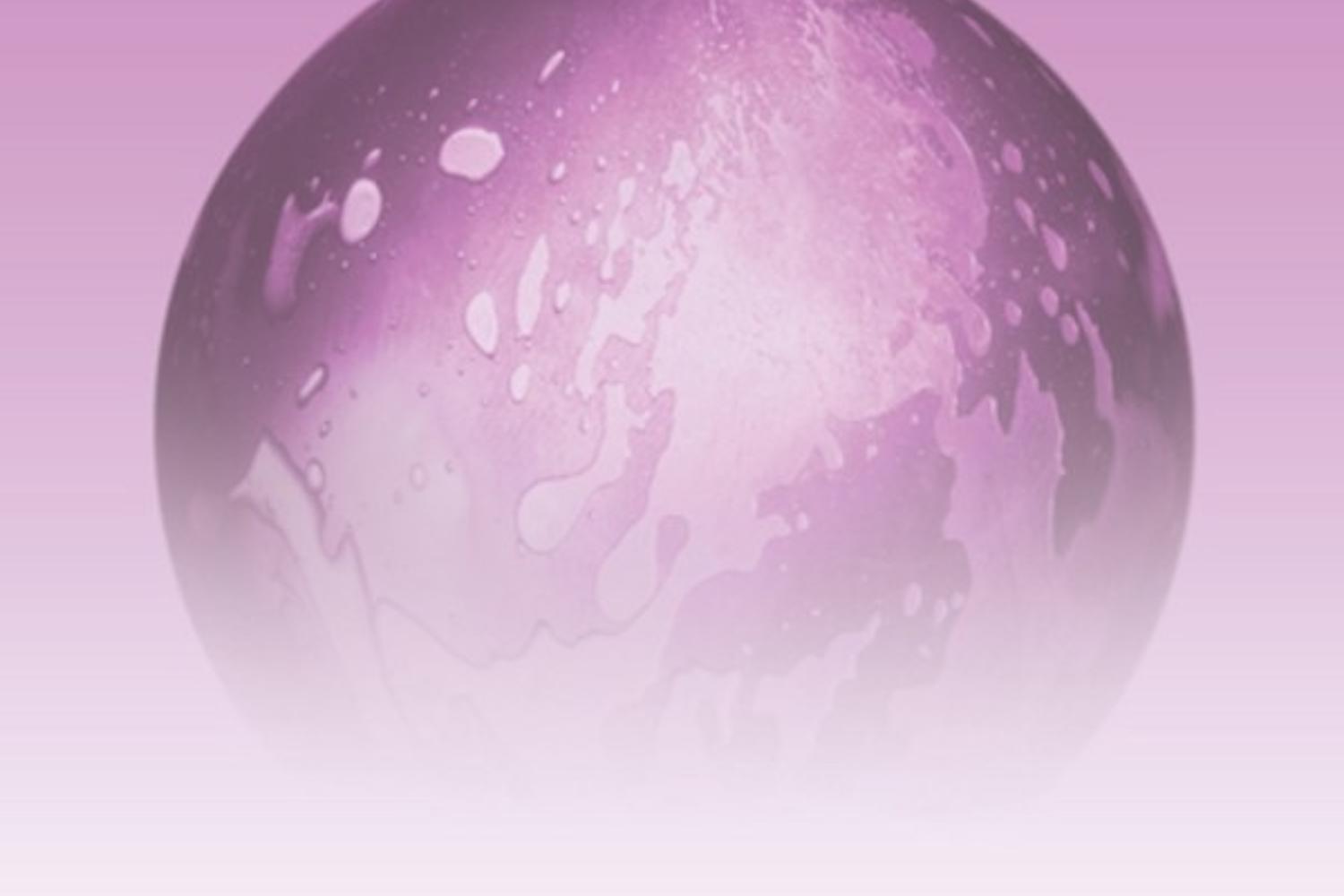 ‘SVIIB’ may be the full stop on the band’s work together, but it’s an album that will stand as the perfect goodbye. 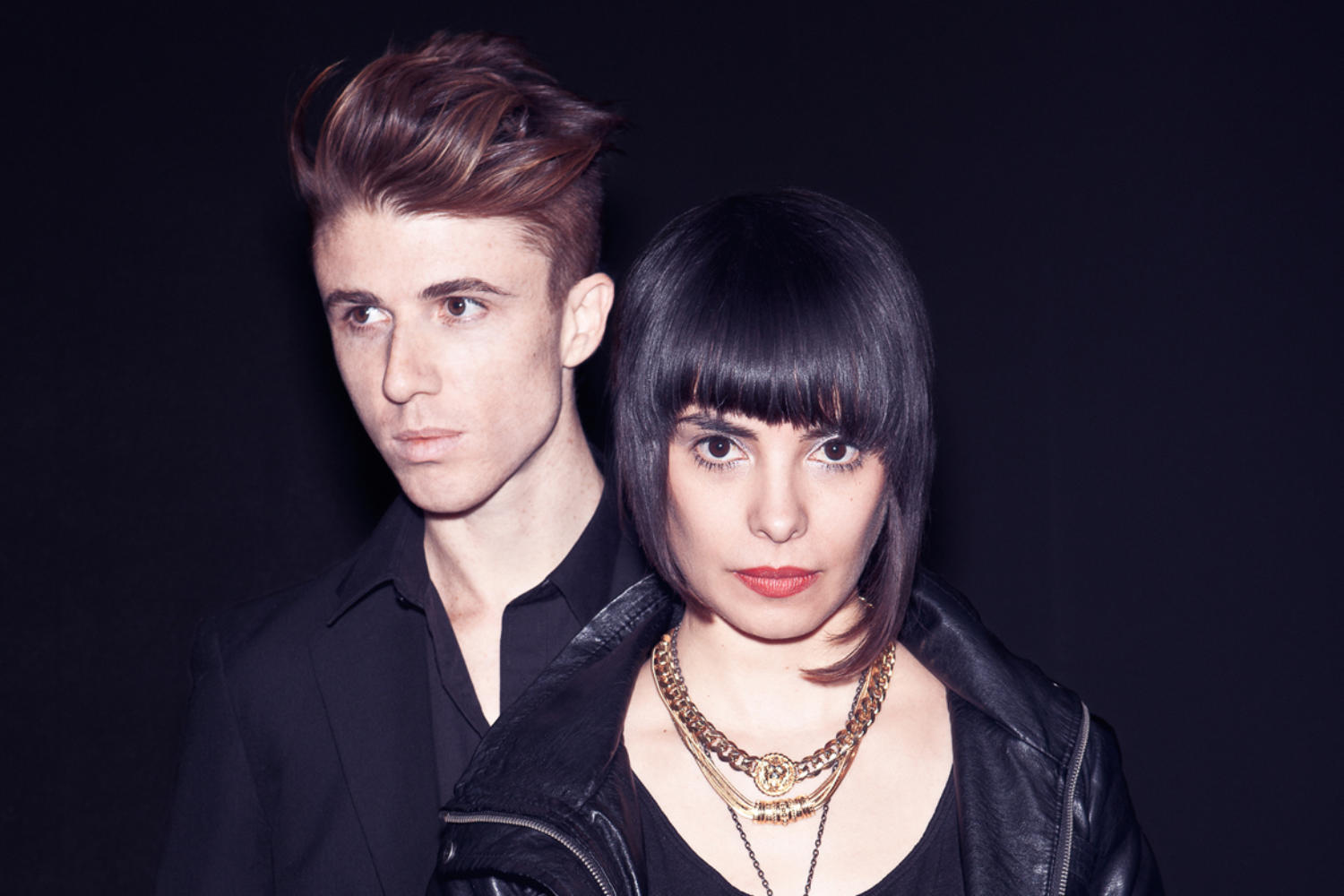 The full video for ‘I Got Knocked Down (But I’ll Get Up)’ has also been unveiled.

The track was recorded by the late Benjamin Curtis while receiving treatment in hospital.