As Palehound, Ellen Kempner shreds expectations. Against a backdrop of off-kilter rhythms and tumultuous refrains, her character bleeds through her lyrics with a resounding sense of self. It’s a realm of chaos and confusion that her words echo from, but there, Ellen has found her home. “I moved to Boston about a year and a half ago, not knowing anyone,” she recalls. Eighteen months on, and with a Boston Music Award for Best New Artist to her name, the world is now her oyster.

“I can’t even believe it’s happening, it’s completely surreal!” she exclaims, readying for her first tour dates abroad. “That’s the stuff that I’d think about when I was a child, when I was writing songs and hating school. I’d be like ‘I can’t believe that people can play music and people will pay for them to travel the world!’” Preparing to venture across Europe and the UK from the end of this month, Ellen is living the dream. “Travelling the country is the ultimate privilege, but this is just a whole new level. I can’t believe that we’re going to be in Europe!” she squeals. “I’m going to be so fucking nervous, but we’re going to give it our all every show. It’s going to be insane!”

It’s not just Ellen that feels the excitement hitting fever pitch. With their debut album about to be released in the UK amidst their ongoing tour dates, Palehound’s arrival to these shores has been hugely anticipated. Initially put out by Exploding In Sound in the US last August, ‘Dry Food’ is a rollercoaster ride through alienation and anxiety. “I wrote it at a period of time where it was very transitional for me,” Ellen explains. “I think it definitely has an element of change, and coping with change. It’s kind of like a coming of age thing.”

“I was going through a really hard year, and writing was my only release at the time.”

With so many of the songs inspired by real life instances and emotions, change is undoubtedly a recurring theme on the record. “I wrote a lot of the songs when I was still in college, but then I dropped out after my sophomore year,” Ellen recalls. “I was going through a really hard year, and writing was my only release at the time, really. I’d been playing with another line-up when I was in New York, and then when I moved I had to start from scratch. It’s largely a break up album, in a lot of ways,” she divulges, “but it’s more just how a break up stirred a lot of things. It’s a culmination of different insecurities – a portrait of insecurity.”

Tackling self-doubt from within a spotlight is a daunting task to take on. “I kind of went into it with no expectations, because expectations usually end up crushing me to some extent,” Ellen admits. She may have been avoiding anticipations for the record, but she faced the challenge of recording with all the drive and determination she could muster. “I really wanted to challenge myself. I wanted to see it as a blank slate that I could just thumbtack things on to, and really take advantage of the time to make it sound exactly like I needed it to sound.

“That’s why I decided I wanted to play all the instruments myself,” Ellen continues. “I’d written the drum parts, but I wasn’t capable of playing them as well as I wanted.” Cue the introduction of Jesse Weiss to the studio Ellen was recording in. “He played in another band called Grass Is Green, that I loved,” Ellen enthuses. “They stopped doing stuff for the most part, and he was kind of a free agent. So we got together and started working together. He’s one of my favourite drummers, and he’s just turned into one of my best friends. So it worked out perfectly.” 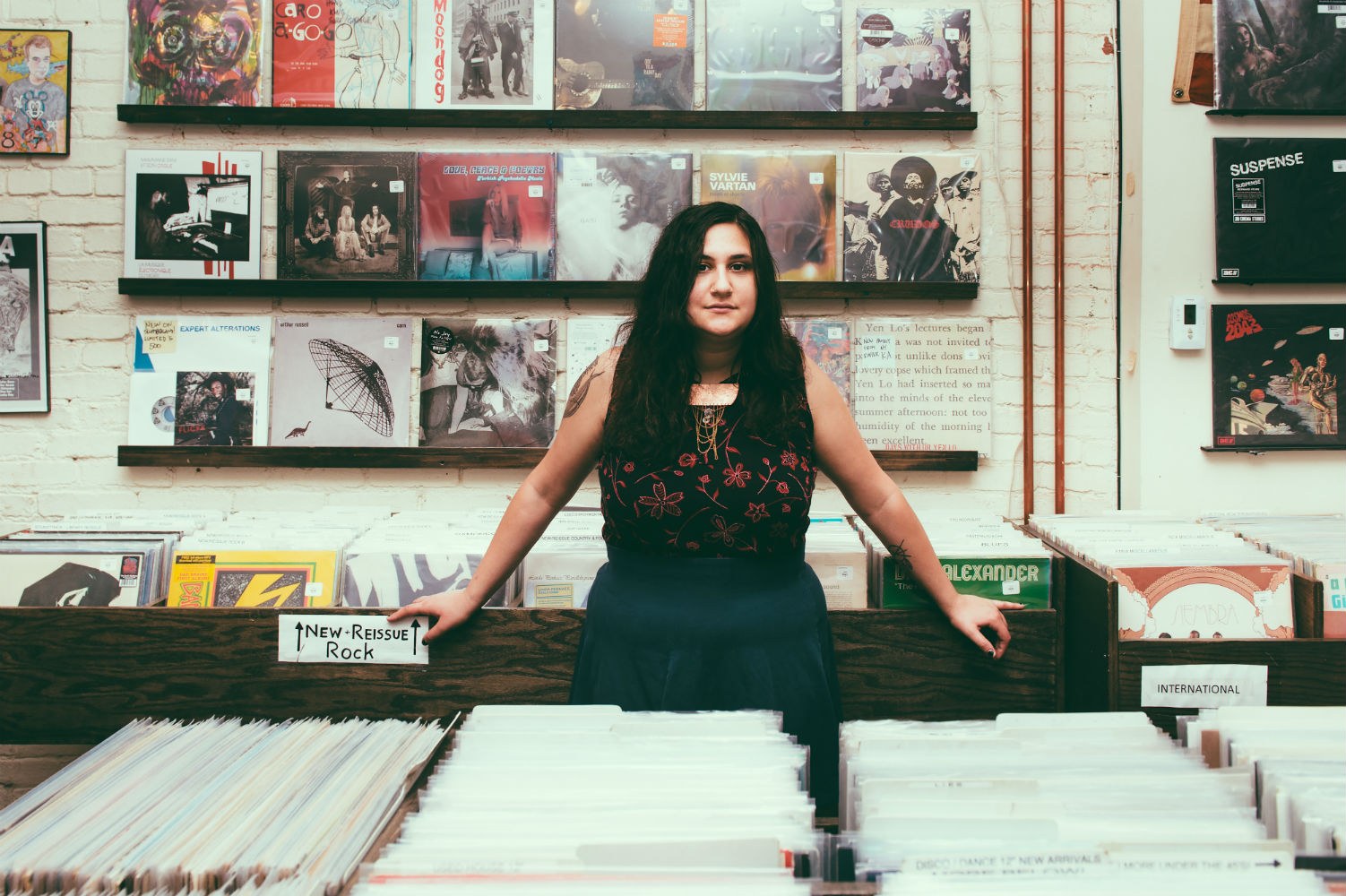 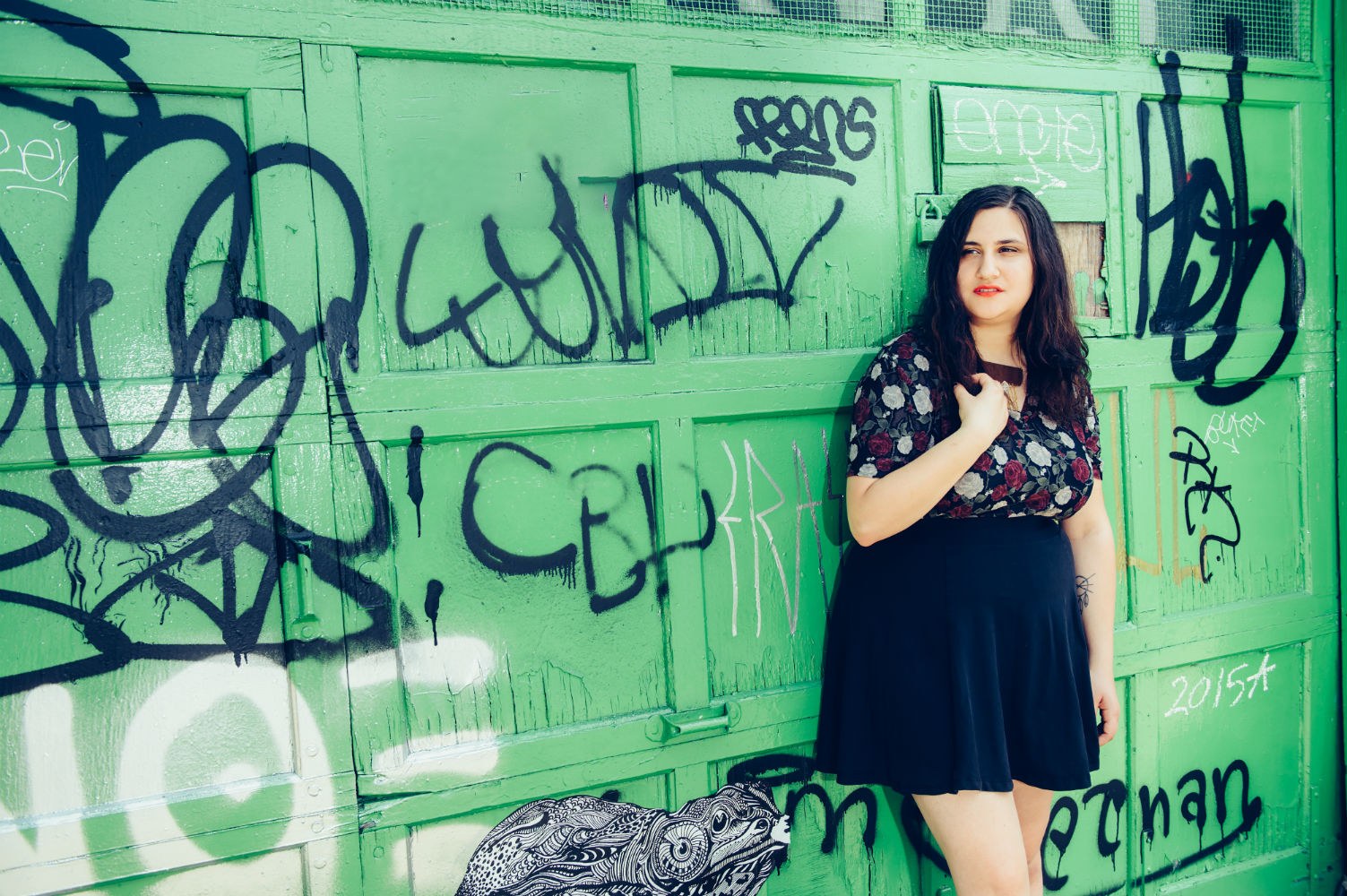 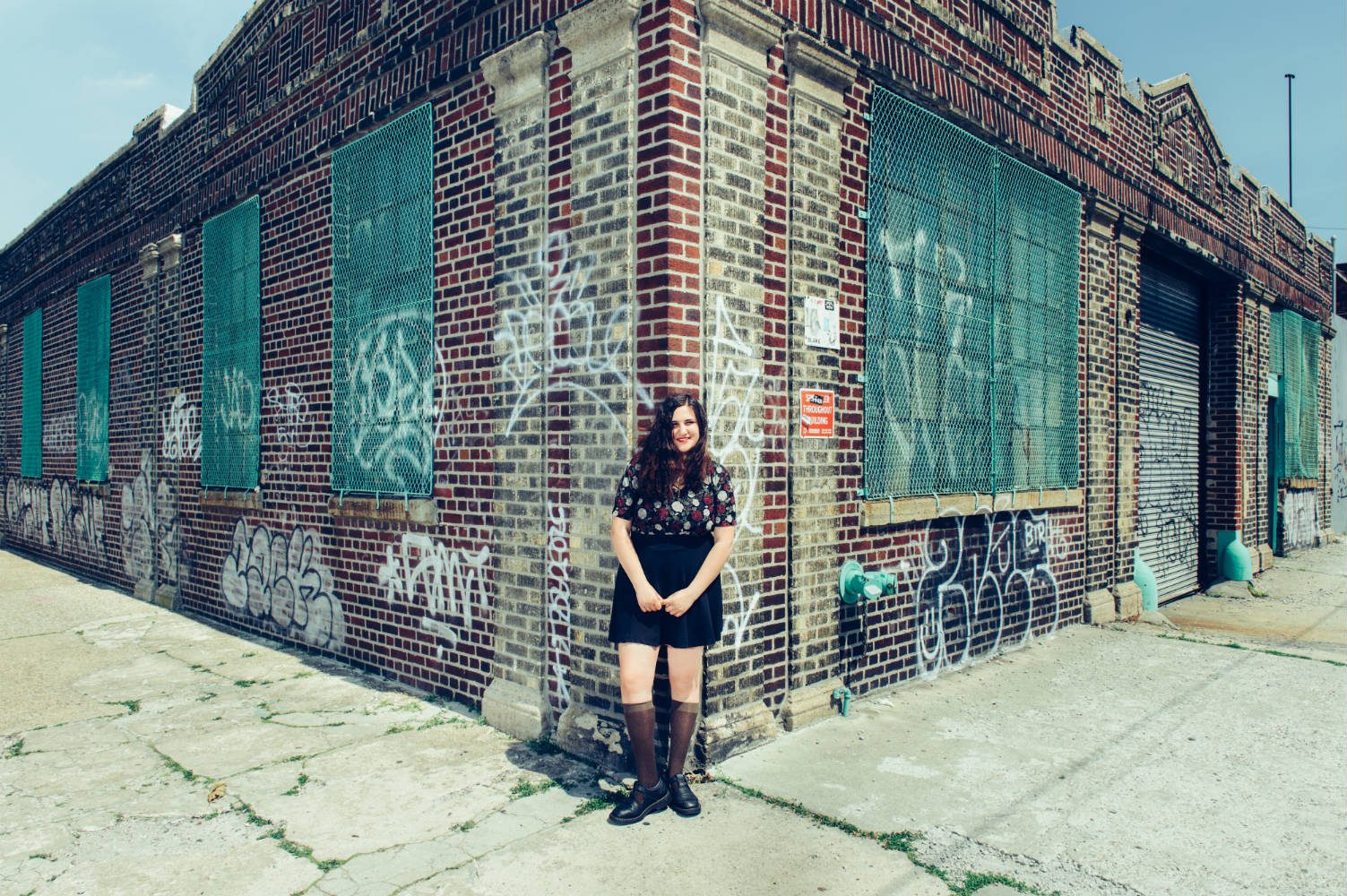 “When we play live shows we tend to rock out a little bit more.”

Recording the album in October 2014, it took around ten months for ‘Dry Food’ to see the light of day in the US. “It took a while to come out, so I was feeling kind of insecure about it. It was a lot of time to listen to it too much and think ‘oh my god, this is terrible!’” Much to everyone’s relief that fear turned out to be misplaced. Upon it’s US release last year, ‘Dry Food’ brought Palehound to the attention of audiences worldwide. “People were picking it up and talking to me about it at shows. It felt really amazing to be getting recognition for something that I poured a lot of myself into.”

With ‘Dry Food’ already released on one continent, and about to drop on another, exhilaration levels are through the roof. “I’m really excited to travel in a non-tourist-y way,” Ellen buzzes, “where we’re to see what different music scenes are like, and actually getting to know people, and potentially crashing on people’s floors. That sounds fucking awesome!” she giggles. “I honestly have no idea what to expect, so I don’t even know what to be most excited for right now.”

With all energy turned towards their live shows, Palehound are raring to go. “When we play live shows we tend to rock out a little bit more. It’s hard to mimic the instrumentation on a studio recording, so we take it to the live setting a little differently.” Rather than trying to recreate the layered recordings live with only three people, the trio translate the songs for the stage. Leaving the acoustic guitar behind and keeping their vitality electric, the band inject things with as much a thrill as they can. “I kind of like that. It’s fun to have this alter ego for live shows. There’s definitely a wide range dynamically. I do some songs solo and some louder songs with the whole band.”

“I just recently got a Nintendo DS. That has been a fucking game changer for tour.”

Keeping a level head, the Boston three-piece are making sure they’re prepared for every eventuality of their international excursion. “I’ve learned recently that I get sick on every tour, so I think I need to start bringing honey and lemon juice with me for tea,” Ellen ponders. Having spent so much time on the road, performing with the likes of Basement, Bully, Speedy Ortiz, and Unknown Mortal Orchestra, just to name a few, the group have certainly got their tour essentials down to a T.

“I just recently got a Nintendo DS. That has been a fucking game changer for tour. I’m playing ‘The Legend Of Zelda: Ocarina Of Time’. I started it right before I left for this tour, and I’ve been burning through that game. It’s like a dungeon a day at this point.” Excited and equipped to take Europe by storm they may be, but Palehound’s plans don’t stop there. “As soon as we’re done touring I would love to start really concentrating on the next record, to start fleshing out the songs, and to start thinking about that seriously.”

Palehound are currently on a UK/EU tour - remaining dates are as follows: 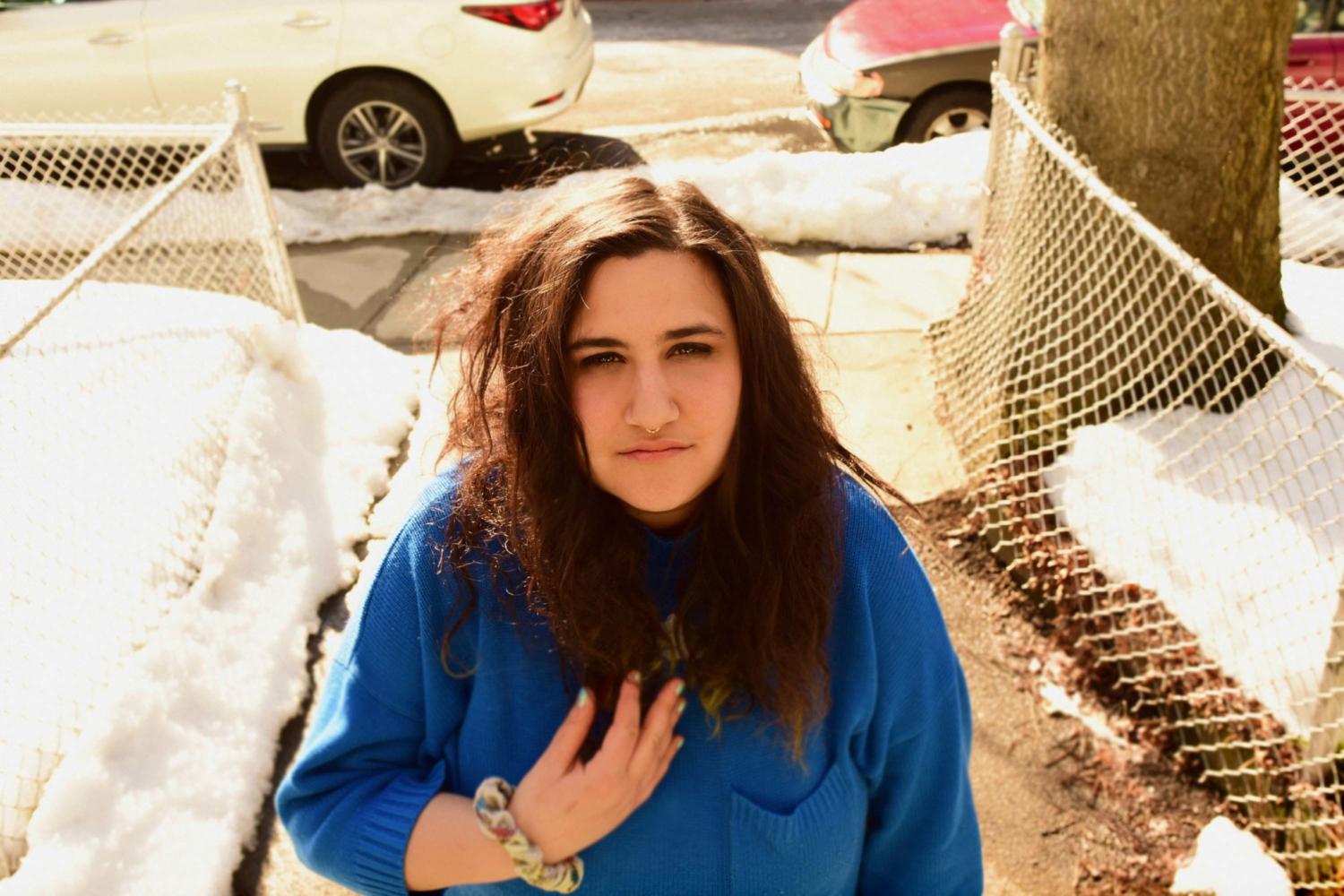 With second album ‘A Place I’ll Always Go’ on the way, we talk Avril Lavigne and shared birthdays with Ellen Kempner. 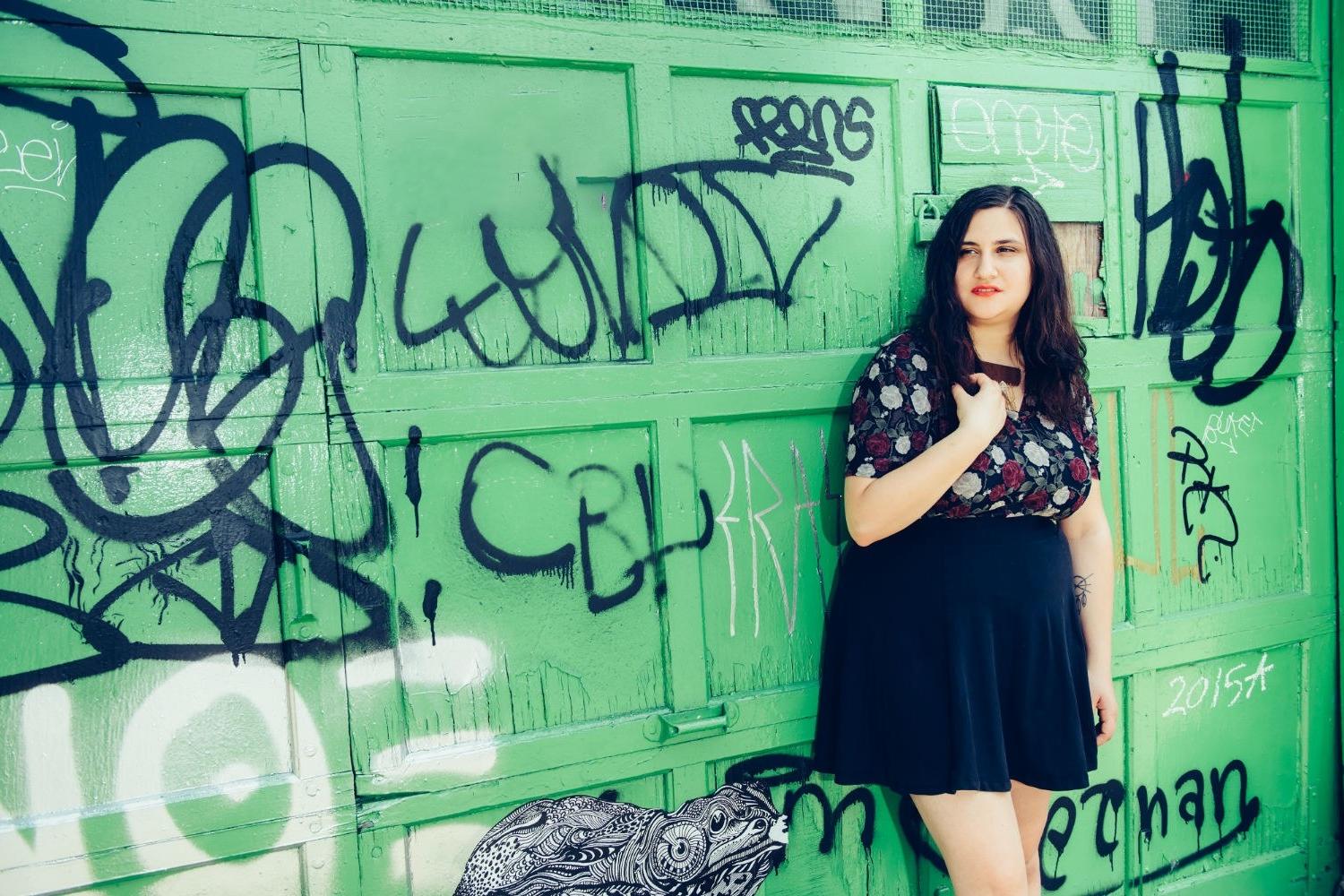 Palehound shares the contemplative video for ‘If You Met Her’

The latest track from ‘A Place I’ll Always Go’ reflects on the death of one of Ellen Kempner’s friends. 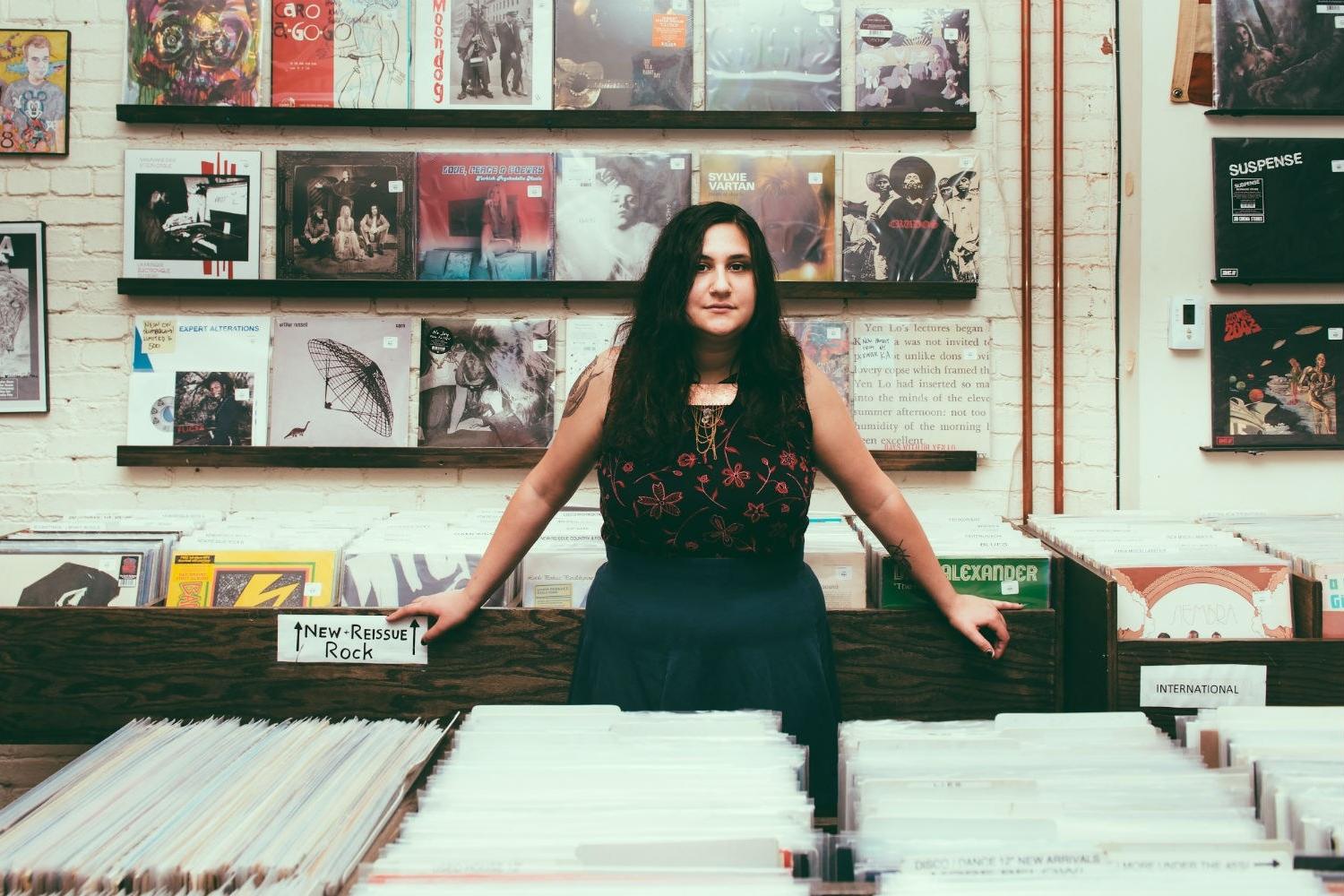 They’ve also shared a brand new video for ‘Flowing Over!’