On a particularly (ahem) yucky day, Max Bloom is sitting huddled away in a cafe, sheltering from both a horizontal downpour and howling gale. Yuck’s frontman is busy recounting the various horrors his band had to contend with while recording second album ‘Glow & Behold’ two-and-a half years ago in a haunted American church. Having covered inexplicable ghosts hiding on drum tracks, strange haunted apparitions, and a spooky vicarage, Max has moved onto the cheery topic of bug infestation. The memories are still very raw.

“There were dead ladybirds everywhere, thousands of them!” Max says, his voice quivering with barely-disguised horror. “It had just been fumigated, and stepping on the floor was just like, crunch, crunch, crunch,” he says, pausing for suspense. “If the ladybirds can’t survive there, what can? There was so much stuff that made us lose a lot of time,” he adds, before his story takes a darker turn still. “The studio got infested with bedbugs, and we had to wash all of our clothes twice a day. It was fucked up. I can laugh about it now.”

Despite its title, ghosts, spooks, and other eerie echoes of the past do not feature on Yuck’s new record ‘Stranger Things’. Recorded in his childhood bedroom in Finchley - “my family’s house is creepy in a different way,” he laughs - and self-produced by the band, Yuck’s third record seems to start refreshed and revitalised after the relative drama of ‘Glow & Behold’. Another presence from the past has disappeared, too. The tangible expectation that followed Max Bloom around after the exit of Yuck’s original vocalist Daniel Blumberg piled on the pressure the last time around; with their third record, the band cut loose and have fun.

“It was always going to be such a difficult album in every circumstance,” admits Max of ‘Glow & Behold’, “and I’m glad we’re over that step now. There was so much pressure on releasing that album, because it was the first one without Daniel,” he reasons. With ‘Stranger Things’, on the other hand, it’s clear they’ve put all of that to bed.

“I needed to write about things that were quite painful. It felt cathartic.”

“My house was built in the 80s,” he says, returning to those infamous ghouls. Though he’s unwilling to rule their continued presence in Yuck’s music out altogether, he insists that the only ghouls on ‘Stranger Things’ are “very modern ghosts. Did you ever watch Aziz Ansari’s stand up?” he asks. “He talks about what modern ghosts would be like. They’d wake you up in the middle of the night, like “what’s the wi-fi password!?” he laughs.

“My dad has taken it upon himself to eradicate every single trace of any child having lived there,” Max continues, describing the space Yuck took over as a makeshift studio. “The house is like a B&Q showroom. My parents have kept no memorabilia,” he laughs. Though it was a decision taken out of practical necessity rather than some kind of return to their roots as a band, Yuck felt instantly relaxed returning to the space where they made their debut together in 2009.

“When we recorded the first album, my neighbours who were a bit dodge started getting a little bit aggressive about me making noise,” remembers Max, smiling. “The only reason that was a problem was because on the first day of recording the first album, I put this huge stack in this cupboard with no insulation, and turned it up to eleven. It was very audible, everywhere in Finchley....”

“Being at home was a different experience to the first record,” Max adds, “because back then we had no idea what we were doing at all. It was very messy. On this one, I had a little more knowledge of how to record music. I knew what I was doing a little bit more, and I had more of a vision. It was just a case of trying to carry it out."

A large chunk of realising that vision came from Yuck’s decision to self-produce. After working with Chris Coady on ‘Glow & Behold’, the band were eager to take matters into their own hands this time around. “I’m glad I had experience trying a different way,” he agrees, referring to their time with Coady, “but we needed to do it completely on our own terms. A lot on the second record... there’s a lot of stuff i wasn’t necessarily happy with. I wanted to do something completely from us. On our terms.”

“On our own terms” is a phrase Max keeps returning to, and as a whole ‘Stranger Things’ sounds like a very self-assured album, from start to finish. From the fuzzed-up entry of ‘Hold Me Closer’, to the rumbling ‘Cannonball’, immediacy lies at the record’s core. Walls of sound make way for infectious, Pavement-channelling melodies, and metaphor moves aside for plain-talk. The loved-up and bittersweet ‘Like A Moth’ sees Max Bloom singing about straight-up unavoidable infatuation, while the title-track’s chorus repeats lulled refrains of “I hate myself” on a loop.

“I wanted to write as plainly and openly as possible,” Max nods. “I felt like I needed to write about things that were quite painful. It felt cathartic. I wanted to write about quite mundane things, in a way. The lyrics I enjoy listening to aren’t necessarily very metaphorical,” he adds, no doubt nodding towards two of his favourite bands, Grandaddy and Wilco. “I enjoy lyrics where the artist is talking about things that are familiar, that you can connect to on a quite basic level,” he concludes. “A lot of the songs are very personal, and I didn’t want to disguise them.”

“I’ve always had the ethos - be as instinctive as possible,” claims Max. “If I’m writing a song, and it’s not feeling good in the first 15 minutes, I’ll abandon it. I think the best lyrics just pour out of me."

Yuck’s new album ‘Stranger Things’ is out now via Mame Records. Taken from the March 2016 issue of DIY, out now. 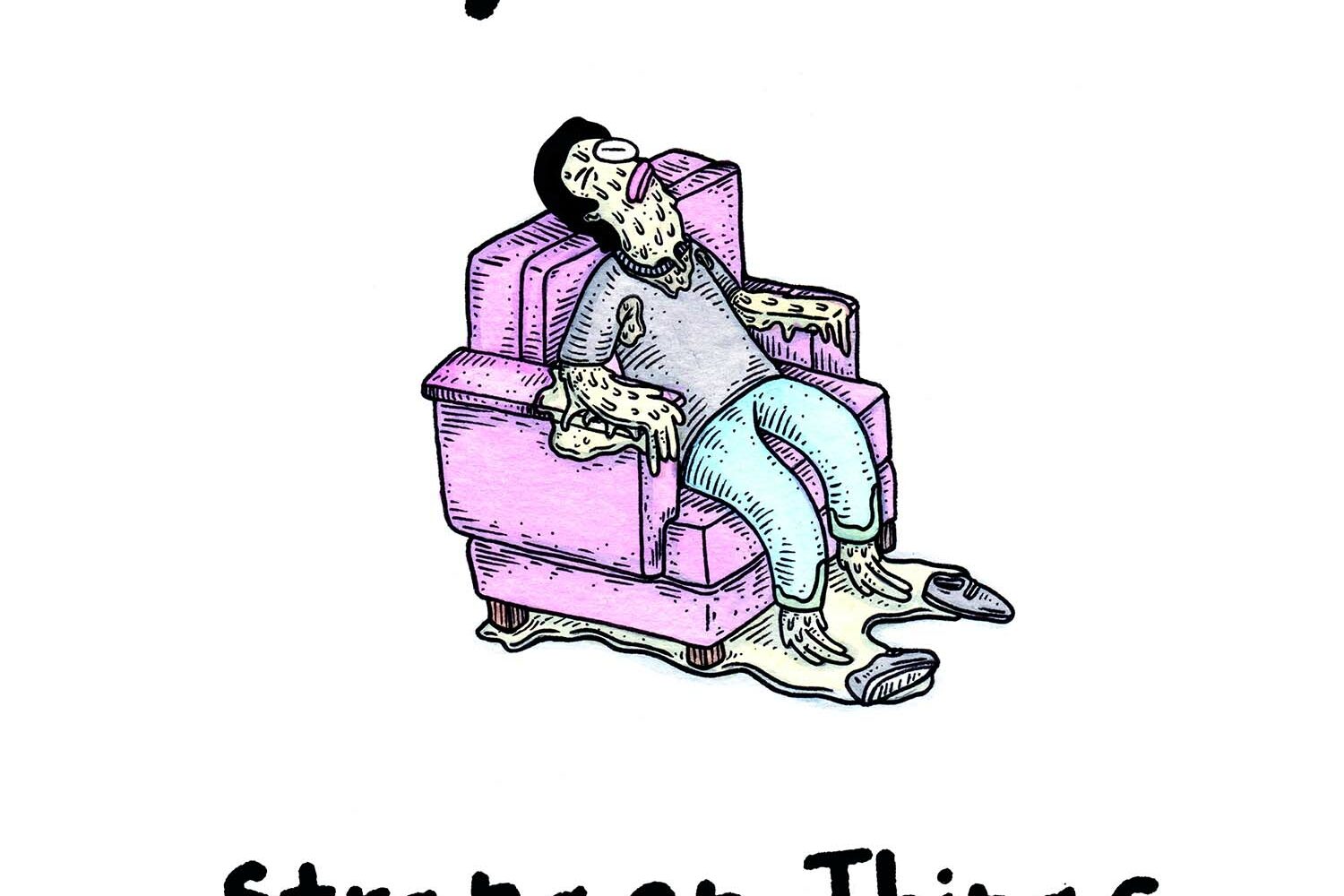 There’s a gnashing bite to the London band these days.