“People don’t really like albums with, like, 20 songs on them,” Georgia Nott from brother-sister duo Broods says. “And you kinda have to put your singles on. Apparently that’s how it works.”

Her and her brother Caleb have just been asked about the great musical injustice that saw the wistful and melancholic ‘Coattails’ left off the final tracklist for their debut album, ‘Evergreen’.

“Actually, that was my choice for a single when we wrote the EP,” Caleb says, in an attempt to placate any disappointment. “I don’t know. I think we just didn’t want too many of the EP songs on the album.”

When looked at logically, this makes sense. Released just seven months after debut self-titled EP at the height of the summer of 2014, Broods’ first LP felt a bit like an industry panic to capitalise on the buzz surrounding the siblings. The 11 track collection saw Georgia and Caleb work exclusively with Lorde collaborator Joel Little, and is concise, somewhat introverted and, thematically, very closely interlinked.

This was then followed by extensive touring all around the world, playing festivals, headline shows and support slots alongside Ellie Goulding. Their exhaustive schedule offers up the impression that Broods haven’t had a chance to sit down and soak it all in, let alone record a follow up album.

“We’re still working our arses off to keep momentum up so we can keep doing this because if we stop, then we’ll probably have to stop forever.” 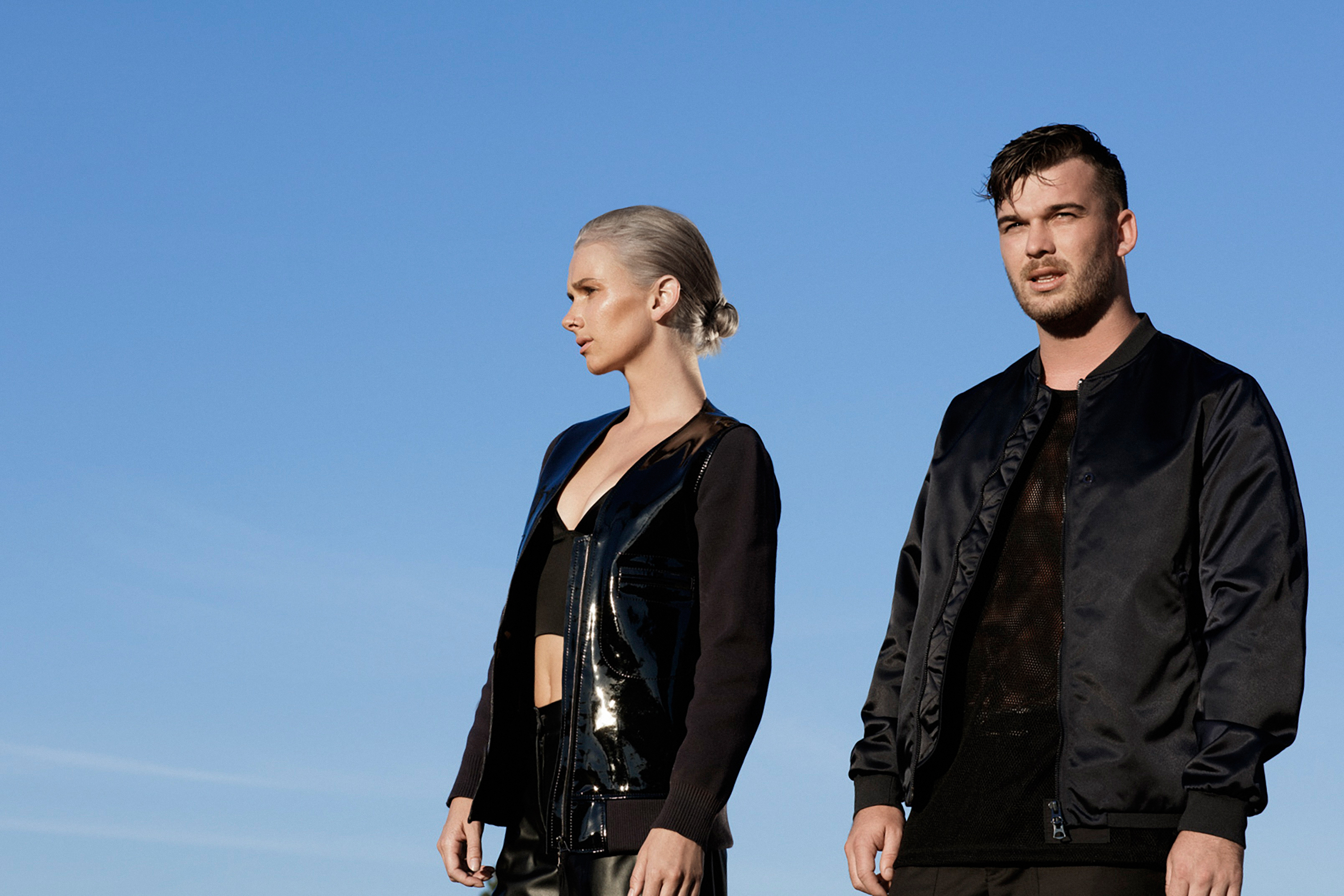 “We feel like we've been making it for ages, because we've been doing it between touring,” Caleb says of their new album. “It feels really natural for us, it doesn't feel too quick. But then you look at a band like Haim who put out their record a year before ours and still haven't put out their second album.”

Georgia adds: “But I think every artist does things differently. When people have the luxury of taking a big break, then why shouldn't you? We're still working our arses off to keep momentum up so we can keep doing this because if we stop then we'll probably have to stop forever.”

It's a candid answer; did they feel that pressure? “You get that impression from other people. They make you feel like they'll forget you if you stop,” Caleb says. After a lengthy pause he continues, “We were ready to carry on though. We wouldn't have done it otherwise.”

This defiance and assertiveness was the prerequisite when planning their upcoming second album, 'Conscious'. Influenced by their increasingly confident live shows and the desire to tailor their sound towards performing, the record is, as Caleb describes it, a “punch in the gut”. The solitary and introspective element of their debut, while still present, is relegated, replaced with industrially forceful production, aggressive choruses and a dynamic soundscape, with songs like the title track and ‘Are You Home’ verging close to banger territory.

“I think we've become more determined,” Georgia explains, laughing when asked if this newfound aggression has basically resulted in the pair getting in shitloads of fights. “We know how we want to do it and we don't want to be walked over. That's just translated over the music. I think the fact that we've really decided to know who we are as people has made us know who we are as musicians more.”

“‘Free’ was the first song that we felt was the start of what we wanted to achieve.”

This is exemplified nowhere better than the album’s opener and lead single, ’Free’, a pounding CHVRCHES-esque monster of a song that pushes Georgia Nott’s vocals to near breaking point. After initially struggling with the writing process for the album, the pair became irked by their record label’s excitement over “okay” songs. “We didn't understand why they were getting excited about it. Then we wrote 'Free' and were like, ‘Yes!’ It was the first song that we felt was the start of what we wanted to achieve,” Caleb says.

“It was people around us looking at our progress and being like, ‘Can you please do this and do that’,” Georgia explains. “We wanted to say to anybody that had an opinion about us and about what we should be doing next that, actually, it doesn’t matter what you want.” Laughing, she adds, “I think it's funny that it became the first single. Like, 'You know that this is the by-product of you guys asking us to do things that we didn't want to do?’” “We’ve become a team on this album,” Caleb finishes.

Part of this self-discovery and teamwork came from opening up their writing sessions. While the album was executive produced by Joel Little, 'Conscious' sees the band collaborate with the likes of Captain Cuts, the writers behind Walk The Moon’s summer smash ‘Shut Up And Dance’, rising songwriter and Troye Sivan collaborator, Alex Hope, and big-haired pop sensation, Lorde.

There’s also a completely overblown and ridiculous power ballad that features 2016’s feature artist du jour, Tove Lo. “I can remember when we did it,” Caleb recalls. “We were at Neil Finn's recording studio and I was working on production for the Troye Sivan song we featured on. Georgia was just mucking around the studio and she was like, ‘Oh, I've written something.’ She played it to me and it was the start of 'Freak of Nature' and I was like, ‘Fuck!’ And we put it down then and there.”

Tove’s involvement came six months later after they all met at a festival and Georgia played her the song. “She recorded it in her hotel,” Caleb explains, clearly impressed. “We’ve listened to some of her new music,” Caleb tells me boastfully. “I think it’s going to change pop.”

“We’ve become a team on this album.”

Like Tove Lo, Caleb and Georgia are deeply aware of the mounting pressures in the current climate of music’s hit or miss, flop or success mentality. While there’s the pressure to succeed commercially, social media has opened up a plethora of other issues. “Not only is it such a heavy career with so much pressure on you, but it's also the way that creative people are to start with. Creative people have a different thought process. When you don't have the time or the room to look after yourself it can affect you,” Georgia says, a worryingly knowing statement for someone only two albums into their career. “You see how many amazing musicians have crumbled and taken their own lives because it's just so much. People see this body, this voice and music, but they don't think about the person underneath.”

“The thing that drives me nuts these days is that people don't even want to talk to artists,” Caleb continues. “They don't want to talk to you, they just want a photo with you. That's it. I totally understand Bieber’s reluctance to take photos.”

That’s not to say that the pair are constantly hassled by fans. Rather, they’re close to their supporters, a relationship Georgia puts down to the honesty of their music, with songs like ‘Bedroom Door’ and ‘Worth The Fight’ reminding listeners why they fell for the pair in the first place. “This album deals with a lot of personal stuff I feel that people should be able to talk about,” she says. “Because of that you kind of attract honest fans that really appreciate that vulnerable side to you. I think it's just important for people to be open about that kind of shit and it makes a better relationship with you and your fans.”

On a roll, she continues: “We wanted to make something, a song and an album, that had some essence to it, that was addressing things that aren't addressed in pop music that much. I can't stand songs that are about nothing, because I'm a lyricist. All the songs I connect to are the heavy songs about dark things. Really hard hitting lyrical content. Yeah, it's pop music, but it's got something more. You can hear in the album there's not one song about going to 'the club'. I never fucking say ‘club’. Some people do get a lot out of those songs, but I'm just not one of them. I feel like there's enough of that out there, I don't need to add to the club songs.

“I really like the connection that gets made when people listen to the music when it's personal,” she adds. “That's the most rewarding thing when someone tells you exactly where they're coming from. It's probably the biggest satisfaction you can get as an artist as I understand it."

Broods’ new album ‘Conscious’ is out now via Island Records. 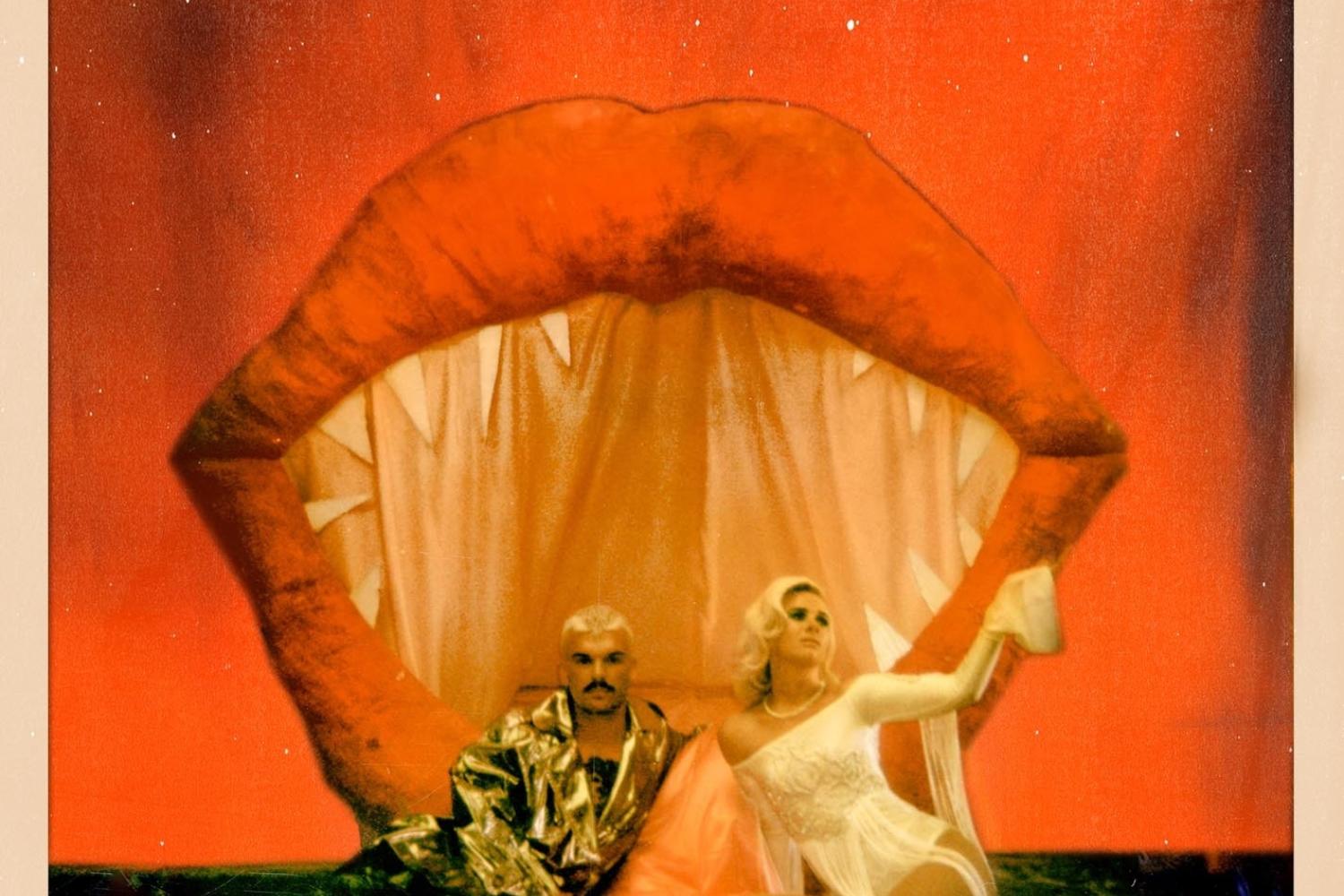 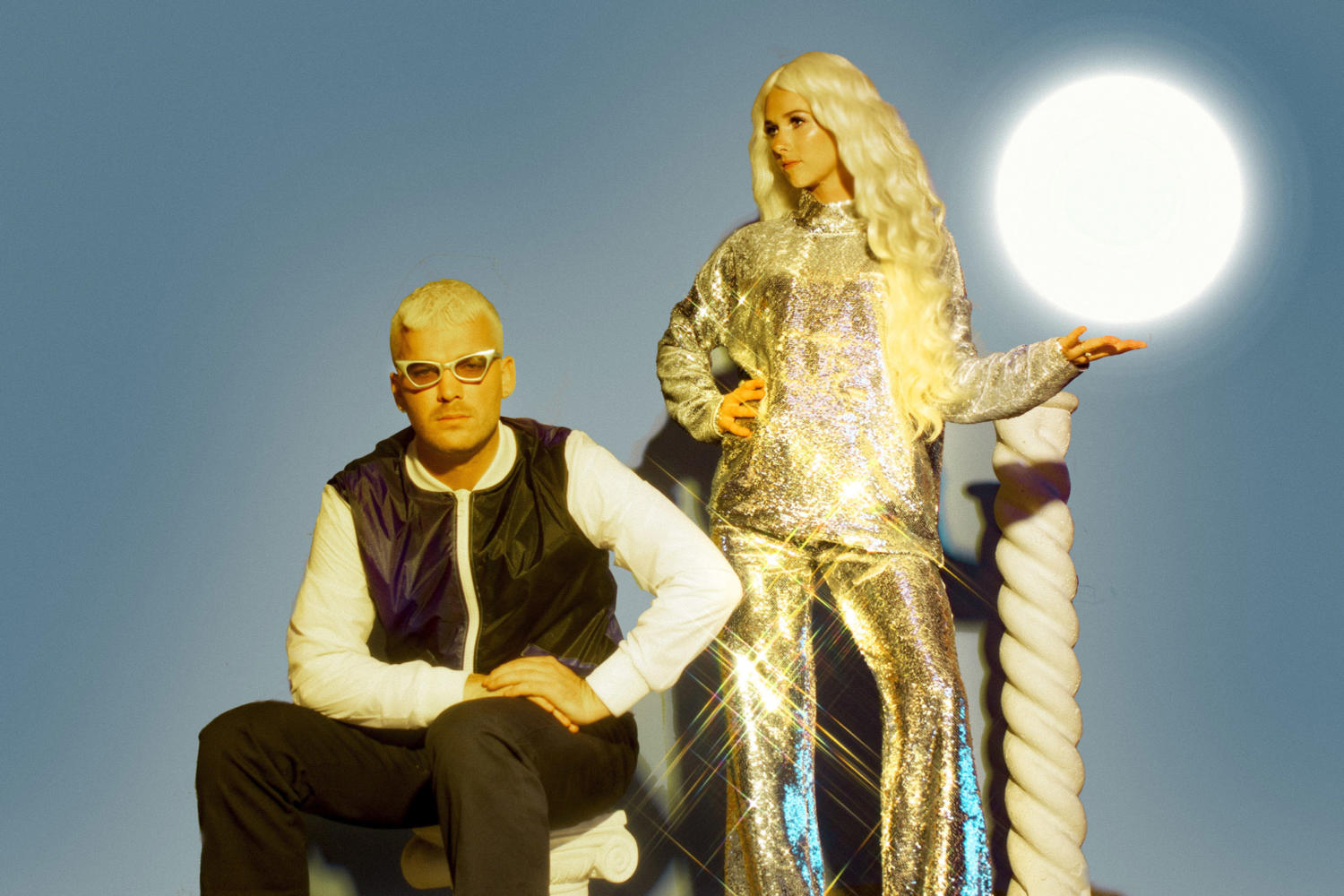 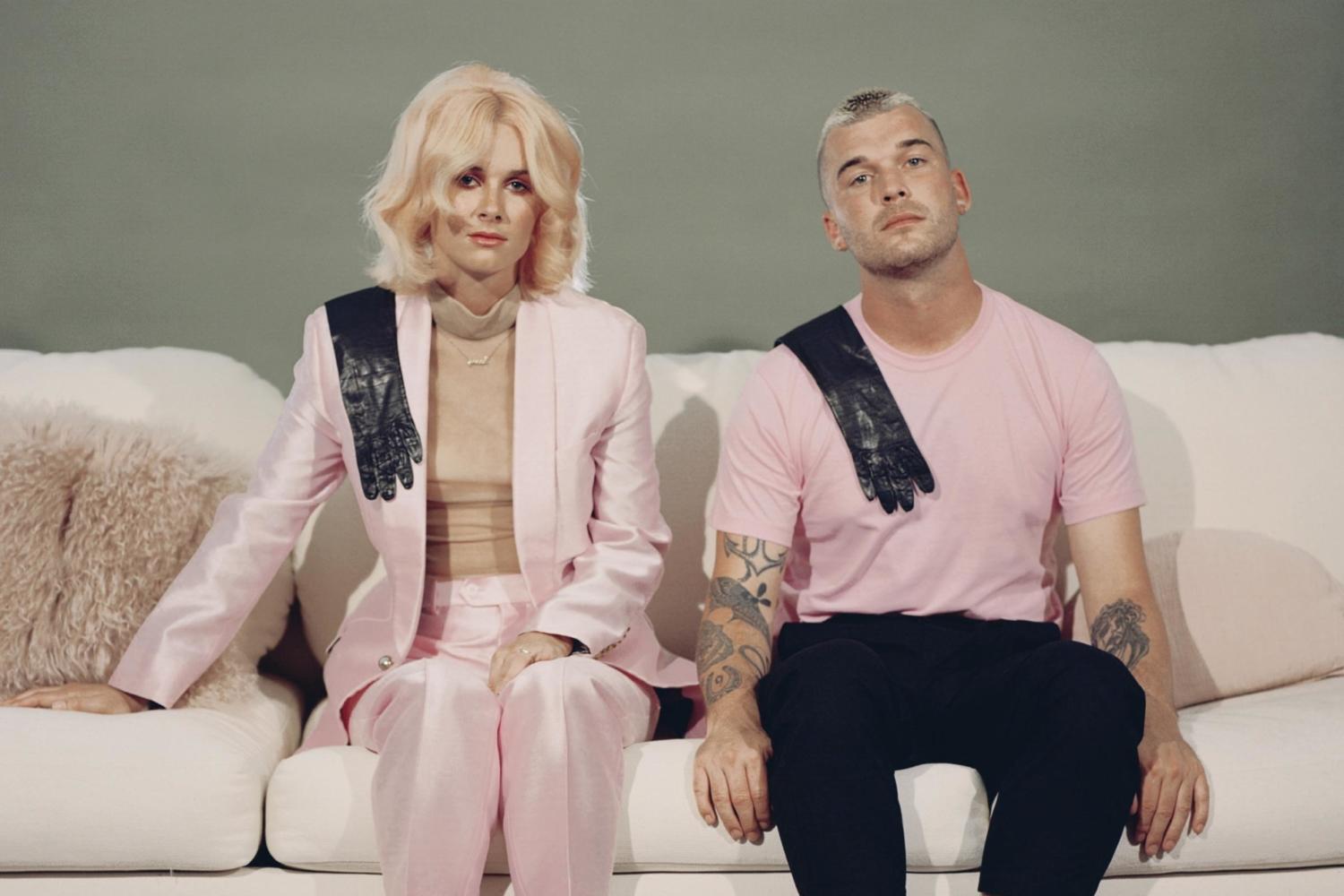 It’s the first single from a forthcoming third album.