In Greek mythology, psychopomps are spirits responsible for guiding newly deceased souls into the afterlife without judgement. While reflecting on caring for her terminally ill mother, Michelle Zauner came to the realisation that she was a modern day psychopomp. “I think during my mother’s illness that was my role,” she explains, “to be a loving support system without having any kind of judgement, to remove all selfish parts of myself to support someone.”

The term was transformed into the title of Zauner’s debut record under the moniker Japanese Breakfast, not just because of its connotations but also for its sound: “It sounds like psychotic pop, which I liked.” A kind of compilation album (containing songs from two previous lo-fi releases, ‘American Sound’ and ‘Where Is My Great Big Feeling?’), ‘Psychopomp’ is a curiously uplifting listen. It’s a record characterised by fuzzy guitars, Zauner’s own yearning voice and some electronic elements, something of a musical departure from her work with Philadelphia indie rockers Little Big League. There’s even a touch of J-Pop surrounding tracks such as ‘Everybody Wants To Love You,’ and a sense of euphoria in the sweeping, luscious arrangements on the likes of ‘In Heaven.’

We caught up with Zauner ahead of ‘Psychopomp’’s UK release.

A lot of the songs on your new album are old lo-fi demos that you recorded over several years. How did you end up rediscovering them?

I used to be in Little Big League; I worked with three other people and there was more of a negotiated voice on that material. When my mom got sick I moved back to Oregon and was separated from them for about a year and a half. During that time I had a lot to say. I like writing in album form and with a goal in mind. I knew I wanted to create new material but also revisit some old material I thought didn’t get as much attention as they deserved, because they had a lower quality sound. I just wanted to have a few of the songs I liked over the last few years to be on a vinyl release.

So when you went back to these old songs, what attracted you to remodel certain demos?

It was a very intuitive process. I wanted to reach certain emotions. ‘Everybody Wants To Love You,’ for instance, is one I wrote five or six years ago. When I started working with my producer Ned Eisenberg that helped to pick things up. It doubled in speed, which was what the song needed emotionally and what made it sound good. I just wanted to make pure pleasure pop music.

It’s funny that you describe them as pure pleasure pop because, while a lot of the songs are quite positive sounding, many of them were produced around the time of your mother’s death. Was that ever hard for you to do?

I think I was surprised by my grief because I’m generally an open book of a person. I suddenly felt very quiet and very isolated by that experience. In retrospect, I think a lot of the songs were me having a conversation with myself and coming to terms with things, saying things I probably wanted people to say to me. There are more sombre sounding songs for sure, but I like to write music that makes people feel good.

Obviously these songs are very personal to you and your experience then, but they’re also fairly universal too, especially with songs like ‘The Woman That Loved You’, about abusive relationships. So, despite their origins, did you deliberately try to make these songs relatable to a wide range of people?

It’s definitely what you hope to accomplish as an artist. It would be strange and sad if no one related to basic human feelings! I don’t know if it was intentional, it was a natural thing that happens when you create art. People can work through what you’re working through. I think a few songs are written from a traumatised persona. I like old country singers like Tammy Wynette, Loretta Lynn and Dolly Parton who write in a style that’s very dramatic but relatable. You don’t think that someone is that dramatically in love with someone that they’re going to die but you understand the basic feeling. I like tongue in cheek songs that are simultaneously very dark but humorous.

Excuse my ignorance but I know little about Eugene, Oregon. What was it like growing up there?

It was nice. It’s a smaller town in the Pacific Northwest. My house was kind of in the woods. I grew up without siblings or any neighbour children so had a lot of alone time. I think that helped me be comfortable and happy being alone. It’s creative to grow up with a lot of nature surrounding you. 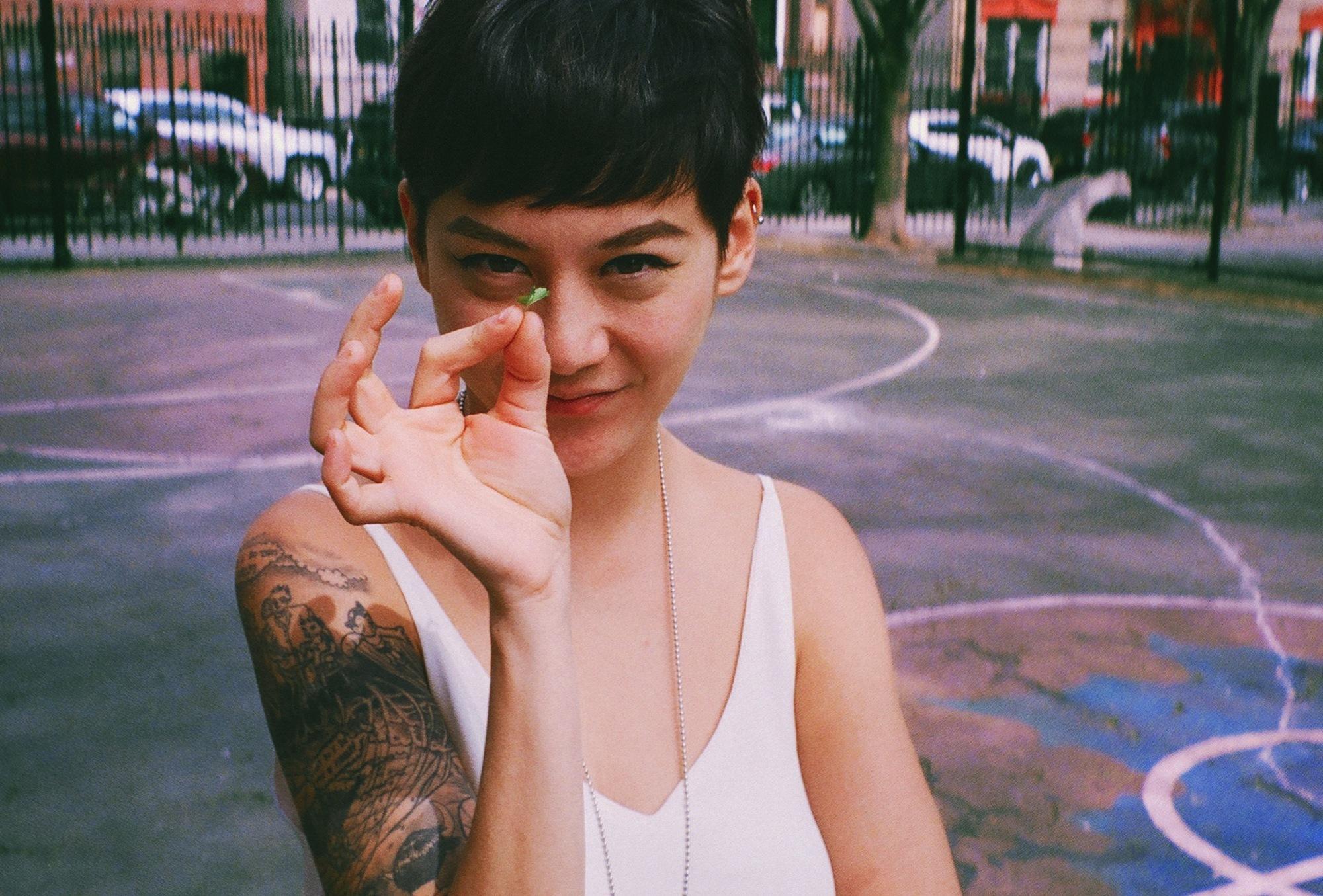 “Something my mom said to me a few years ago sums it up pretty well. She said ‘I’ve never met anyone like you.’”

I was going to ask if growing up there had an influence on the songs, particularly considering how old some of them are.

I’ve also heard that you were a bit of a rebellious teenager but also you intimated that having an immigrant parent might have been a factor in that. How was that a factor?

Something my mom said to me a few years ago sums it up pretty well. She said ‘I’ve never met anyone like you.’ That’s a strange thing to hear from your parent! It was a little difficult growing up, because while my mom was very progressive to enter into an interracial marriage at that time, and to leave her home country, it was hard for her to understand someone with my interests and desires. It’s not as celebrated to be a particularly creative person in many Asian cultures. They value the community over the individual and being creative can be seen as something selfish, so I think she was concerned about that. So was my father. I think it was hard for them to understand my interests. It wasn’t until I was in my twenties that she realised that it was an important outlet for me, and that it made me happy. When I was a teenager I grew up in a large white population and you want to fit in badly. Being different is a bit like having a scab. I didn’t enjoy having a part of my identity that I couldn’t relate to my friends. But now, especially after I lost my mom, my heritage has become an enormous part of me. It’s something I’m really proud of.

On a lighter note, the album is embedded with a few clips from anime. Where did the idea to put these in come from?

Ned has an interesting way of working, nothing is off the table. For me, I like transitions to soar into things, so I like to have different sounds to mark that transition. When you go into a chorus or pre-chorus you kind of crave this swooping-in feeling or crescendo moment that sometimes another instrument can’t provide. Ned has described himself before as being like a sound detective. He enjoys collecting samples and he’s really fun to work with. You can be like ‘is this weird? I want a thunderbolt punctuating the chorus.’ He’ll be like ‘absolutely, that’s totally what it needs,’ and we’ll go find that sound. He’s up for anything and tucks it in there in a genius way. He enjoys sampling anime and I enjoy watching it, so that was a common talking point. It was really helpful to use those sounds from a technical standpoint, but it’s also a homage to growing up, because they’re all from shows I used to watch.

I’d be remiss if I didn’t ask: are there no plans to get back with Little Big League?

No plans right now, we’re all busy with our own projects. We haven’t officially disbanded though. This is my main focus right now and we’re all pretty busy. Every now and then we entertain the idea of throwing a reunion show or two though.

Having spent most of her career exploring the grief and pain of losing her mother, Japanese Breakfast’s Michelle Zauner is flipping the script on ‘Jubilee’, her sparkling new record.