“You think that music in Spain stays in Spain,” said Hinds’ Carlotta Cosials in a DIY cover feature last year. As much as Madrid’s leading garage gang have done just about anything but stay in Spain, Carlotta’s words point to a problematic mentality in their homeland. But it really shouldn’t be that way – there’s an abundance of exciting, buzzworthy talent over there.

Take Barcelona post-punk prodigies MOURN for starters. While Hinds are very much the current face of alternative music in their country, MOURN caught the eye of - and signed to - Captured Tracks, the New York-based home of Mac DeMarco and DIIV. This was back in 2014, at a time when Hinds were still Deers.

When faced with any nation whose acts we’re not used to hearing day-in, day-out, it’s all too easy to fall into the trap of overly focusing on the aspect of their nationality. But ‘Spanish’ is no more of a genre or a scene than ‘British’ or ‘American’ – it just sounds a bit odd, doesn’t it?

It’s as lazy as bundling ‘guitar bands’ like MOURN and Hinds together – the two differ quite notably. MOURN’s intriguing sound is dark for the most part, jagged and, at times, just plain angry, as exhibited on their second album ‘Ha, Ha, He.’ which dropped last month and follows 2015’s self-titled debut – at which time they were all still in their teens. When you consider their youth, the potential is astonishing.

MOURN may be purveyors of sonic gloom but, as on a beautiful day there, there’s brightness too in the Catalan capital – The Zephyr Bones see to that. Named after a 1970s skater society, inspired by the likes of The Drums, Wild Nothing and Beach House, and signed to the city’s La Castanya label, the four-piece – who relocated from Chile to start a band – released their debut EP ‘Wishes / Fishes’ a couple of years ago now. Wooziness abounds throughout their shimmering, psychedelia-dipped tracks as they live up to the “Beach Wave” tag they attach to themselves. On recent Record Store Day double A-side ‘Black Lips’ b/w ‘Surrounded by Sunflowers’, they even venture into the Tame Impala realm of transcendence. It’s magical stuff, this, and their debut full-length ought to be a treat when it lands later this year.

Sticking with the La Castanya roster but moving way out to the west of the Iberian Peninsula, the coastal Galician city of Vigo is home to Bilbao native Isabel Fernández Reviriego aka Aries. Her third LP ‘Adieu or Die’ – her second on La Castanya – came out in April and affords an enchanting insight into her weird and wonderful world of hypnotic electro-pop. Seemingly capable of existing beyond reality as we know it, it’s a positively peculiar experience from an artist who’s enjoyed a brilliantly varied career, from playing in Basque punks Electrobikinis all the way to singing on Cartoon Network’s Adventure Time.

They’ve got some eye-catching names, these Spanish bands, and Madrid can boast the garage-punk force that is Los Nastys. Though they’ve mellowed slightly from their days of ferociously demanding sickly German digestifs (see 2013’s ‘Jägermeister’), these four remain a delightfully rambunctious bunch – according to singer Luis Basilio, they seek to “make a kingdom of young and crazy people who love life until death”. Released in March, ‘Noche de fantasmas con Los Nastys’ (literal translation: ‘Night of ghosts with Los Nastys’), is their intoxicating first full-length realisation of that. They’ve already played at SXSW in 2016 and they appear on a bill topped by Thee Oh Sees at Granada’s On Chain Fest in September. Oh, and if there were an award for the easiest song sung in Spanish for non-Spanish speakers to sing, they’d win it with ‘Never digas never’, ‘Noche de fantasmas’’ outrageously addictive opener.

Los Nastys were joined in releasing a record this March by fellow Madrilenian racket-makers Juventud Juché, who dropped second LP ‘Movimientos’ (‘Movements’) on Sonido Muchacho. That, FYI, is a Madrid indie with a rather smug-looking flying blue pig for a logo – what’s not to like? The band’s own visual identity is just as intriguing. Hands are a recurring theme in their artwork, and the gradually clenching fist which takes up most of the sleeve of ‘Movimientos’ is the perfect depiction of their intense, uncompromising punk rock – confrontational at a point in time when it’s needed most. The lyrics may be lost on non-Spanish speakers but rage is an international language and one in which Juventud Juché appear fluent.

If Juventud Juché are fluent in rage, then Seville’s Terry vs. Tori (actually a three-piece without a Terry or a Tori among their ranks) haven’t even picked up the phrase book. Nor should they. Their “dreamy juke-pop,” they explain, “arose from their first rehearsal” and, after time spent in the studio “without [the] members knowing each other very well”, they emerged with their first EP which they put out in mid-June. A tropical chill emanates from the self-titled offering, as reflected in its artwork’s juxtaposition of snow-capped mountains with palm trees and a blazing sun. Erica Pender’s ethereal vocals glide through just over 11 minutes of unbridled hooky delight that’ll have you dancing in your daydreams.

August sees the release of The Parrots’ debut album following the Madrid band’s recent signing to Heavenly. It’s well documented that they’re close friends of Hinds, and frontman Diego García even produced the latter’s debut LP. “What they’re doing for Spanish music is just amazing,” he comments. Here’s hoping Hinds’ overseas success can ultimately lead to others in Spain breaking out and enjoying some of what they have.

A band caught in transition.

And they’re sharing the video for latest single ‘You Work All Day And Then You Die’ too. 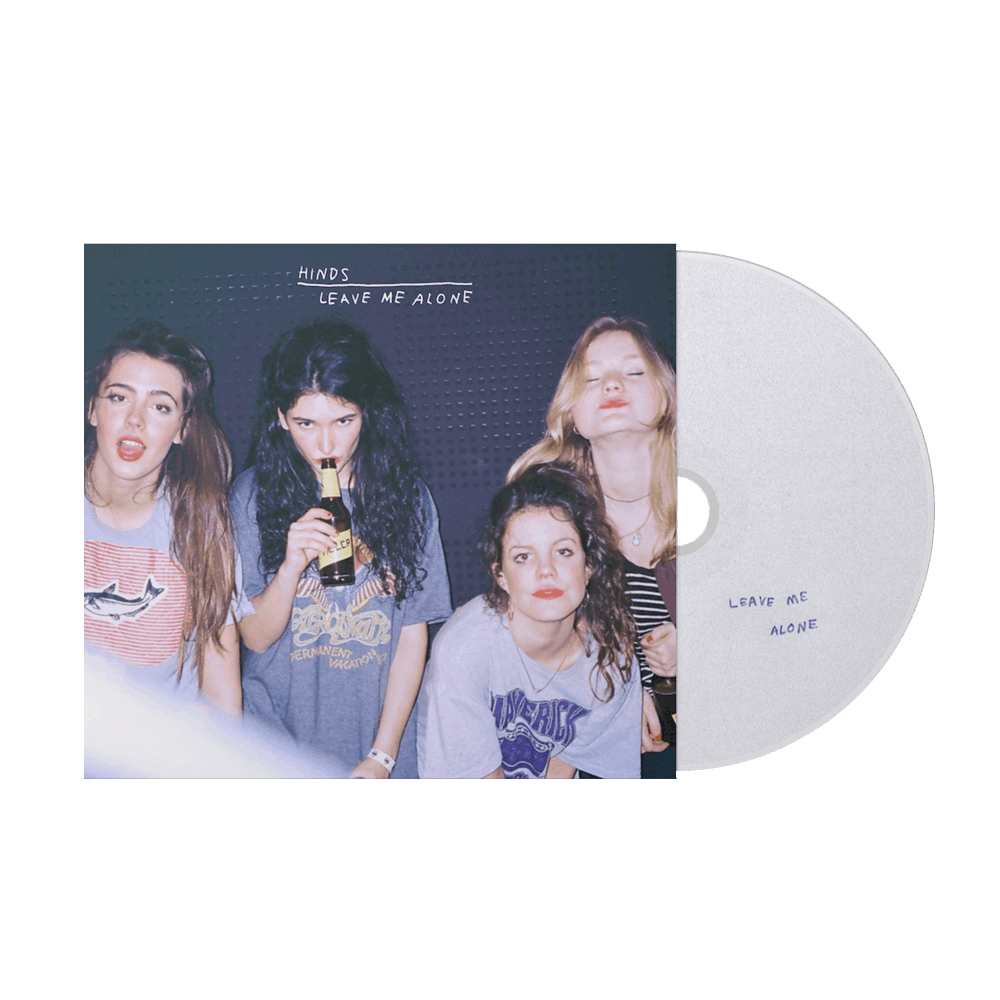 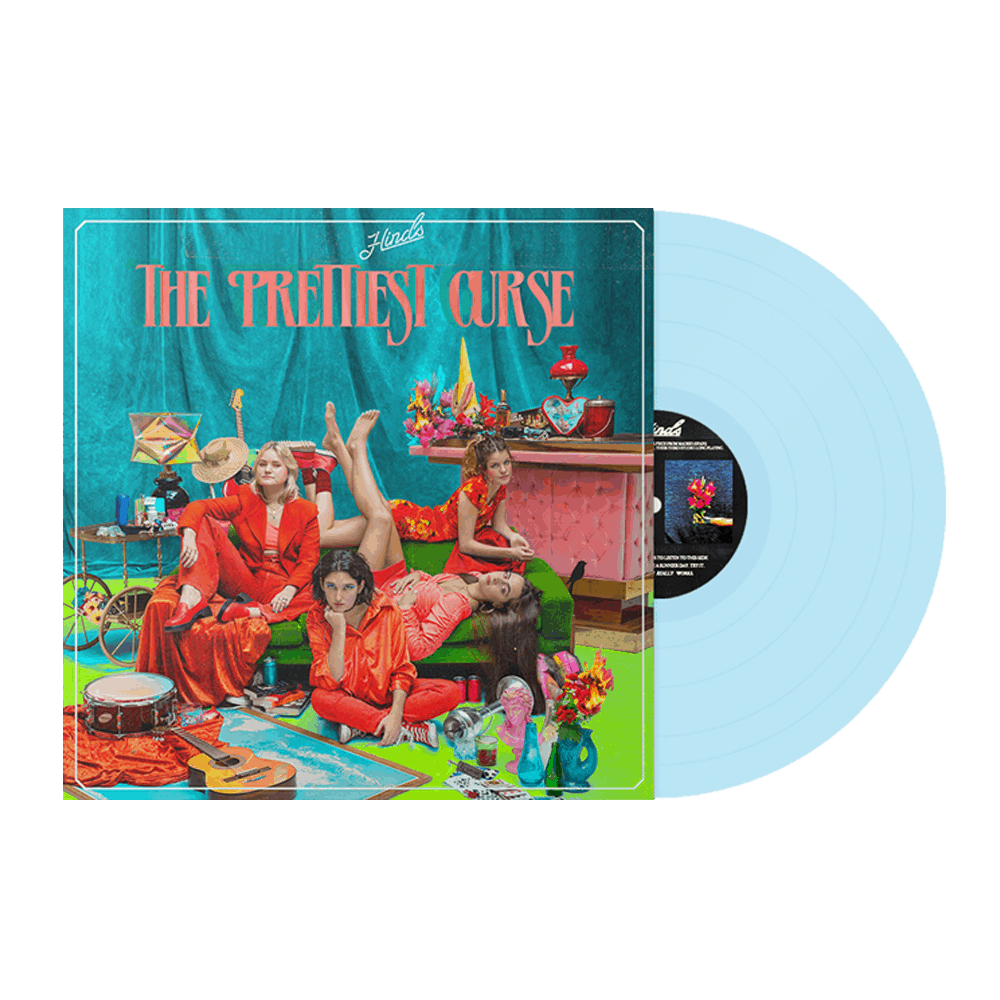 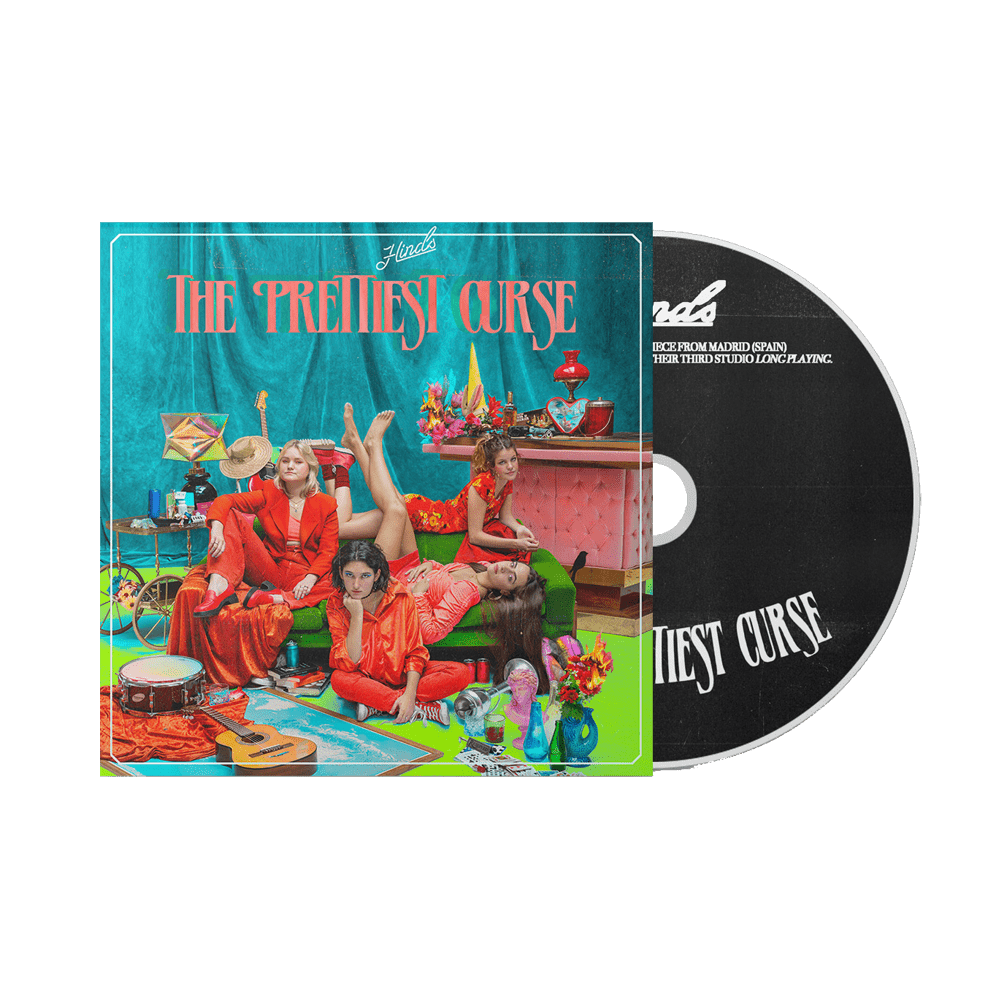 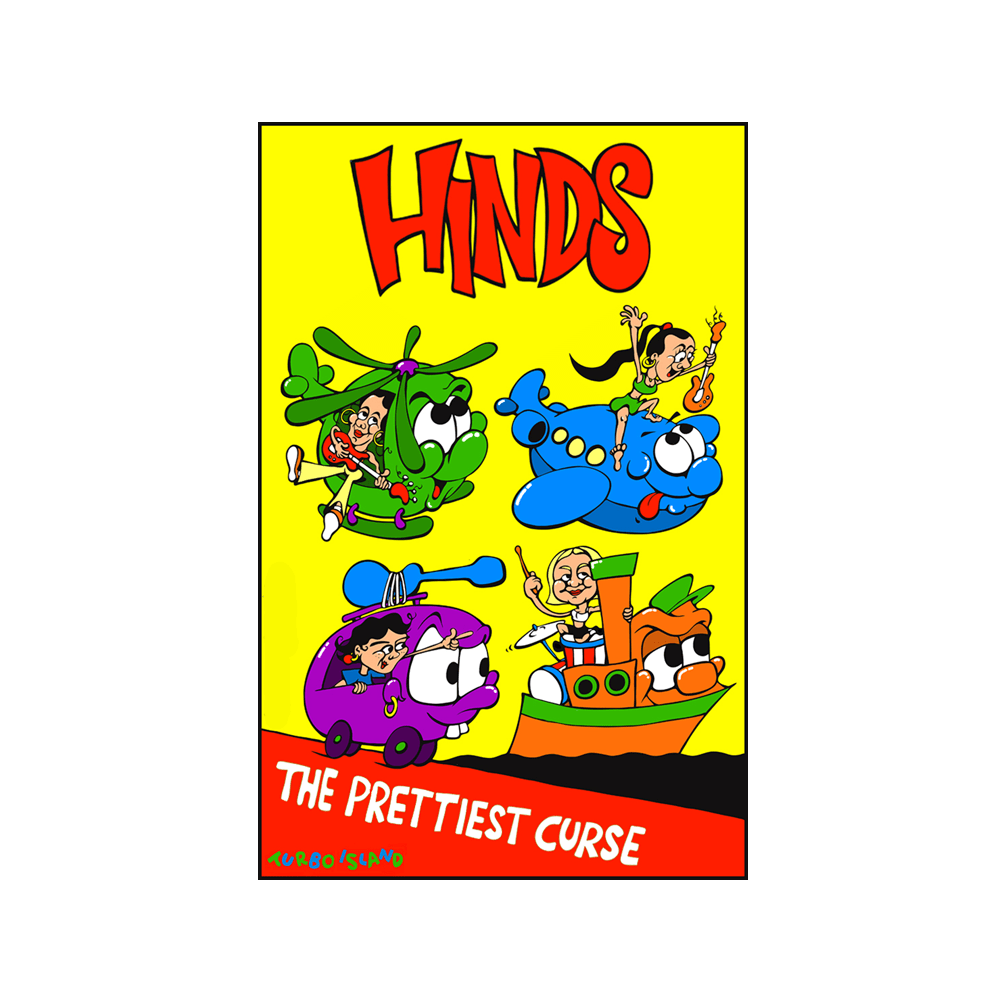 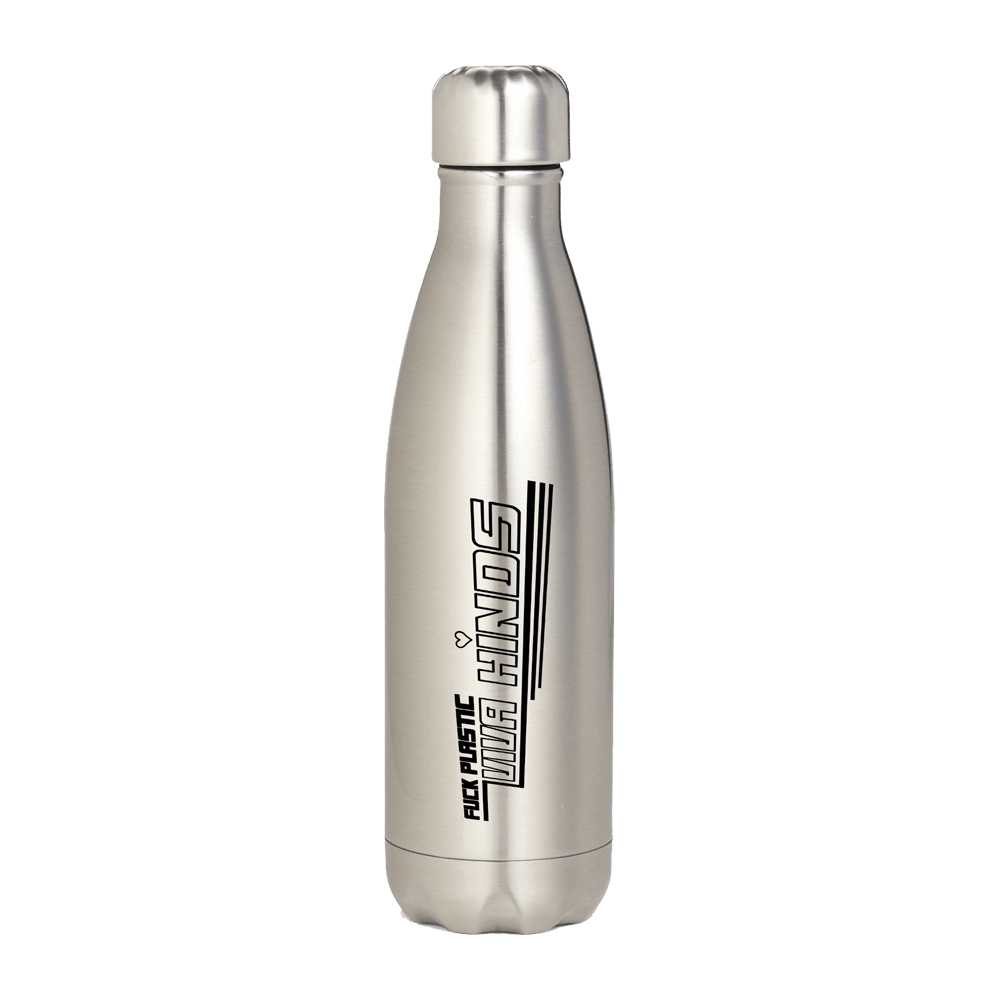 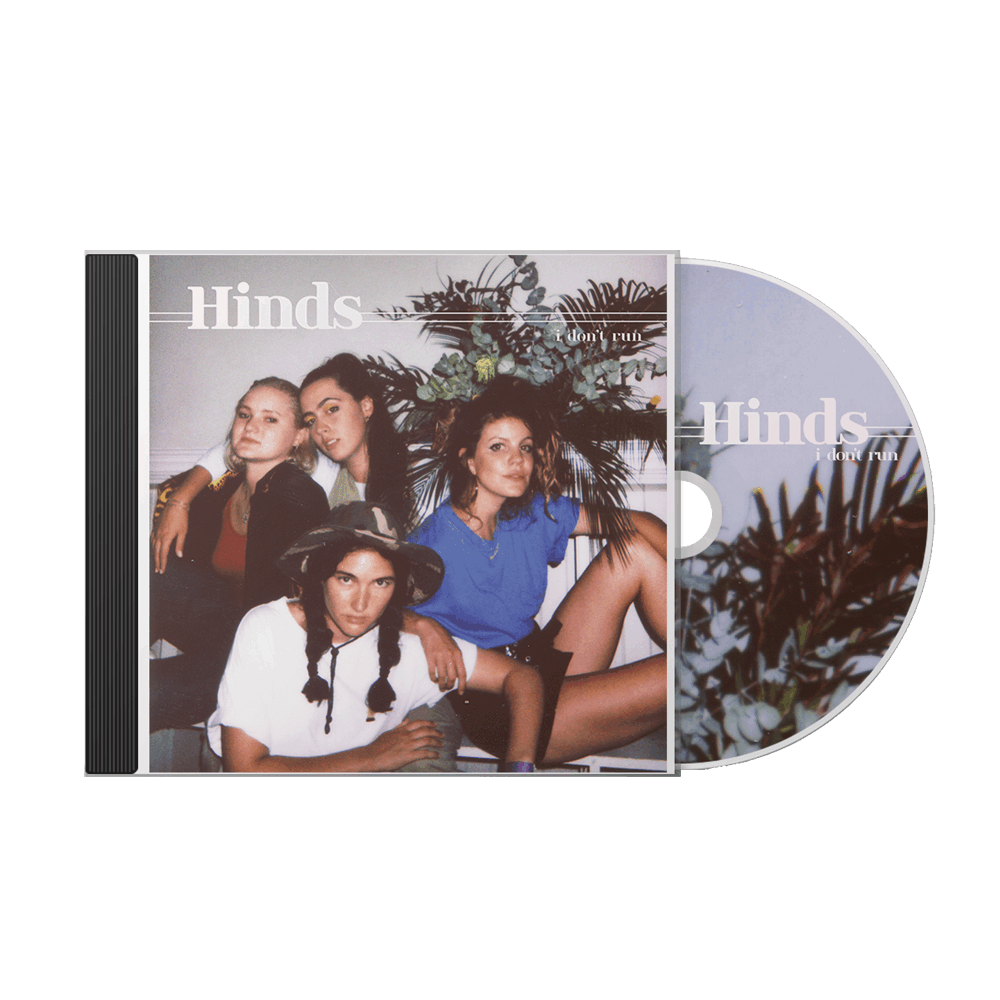