With a majestic array of pooches gracing the midday Visions Dog Show, the crowds are out early for this year’s festival. Those punters are understandably reluctant to budge from the sun-drenched church lawns as Pumarosa open the St John at Hackney stage, but with the band giving yet another polished performance as they continue to bolster their reputation, those there are glad they did.

It’s a huge space for the first band of the day to fill, but Pumarosa craft swirling washes of sound that are suitably epic, going beyond what anyone could feasibly expect of a band at this stage of their journey. Isabel Munoz-Newsome is typically engrossing in her performance, and commanding in her presence too, ordering the crowd to come in closer to the stage before seemingly granting control of her limbs to a higher power as she loses herself to the danceable side of the band’s repertoire. It’s this whole package that defines them; these dense soundscapes playing off against sheer danceability, the tightness of their arrangement against the sense of theatre with which they perform - Pumarosa look like the real deal. 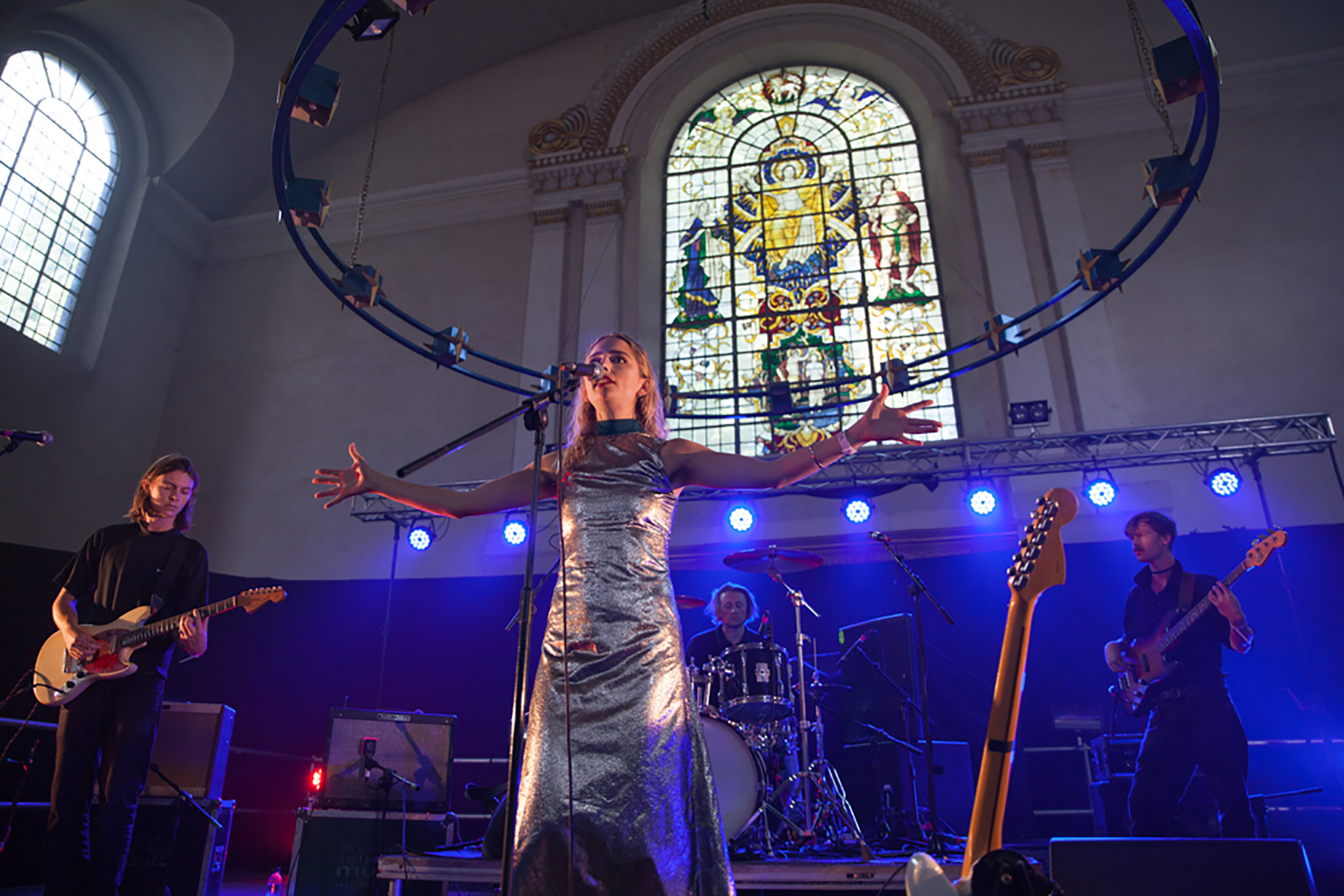 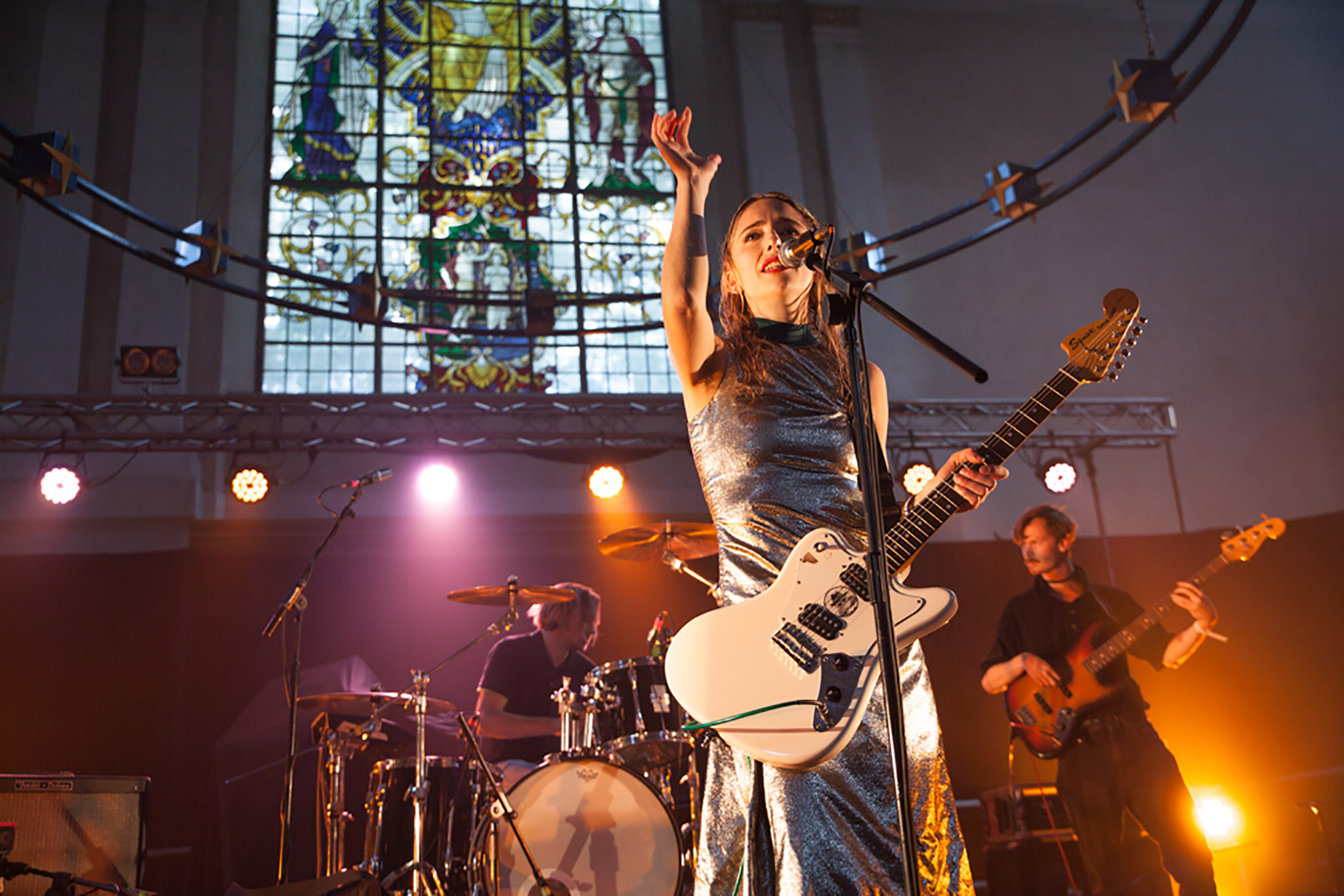 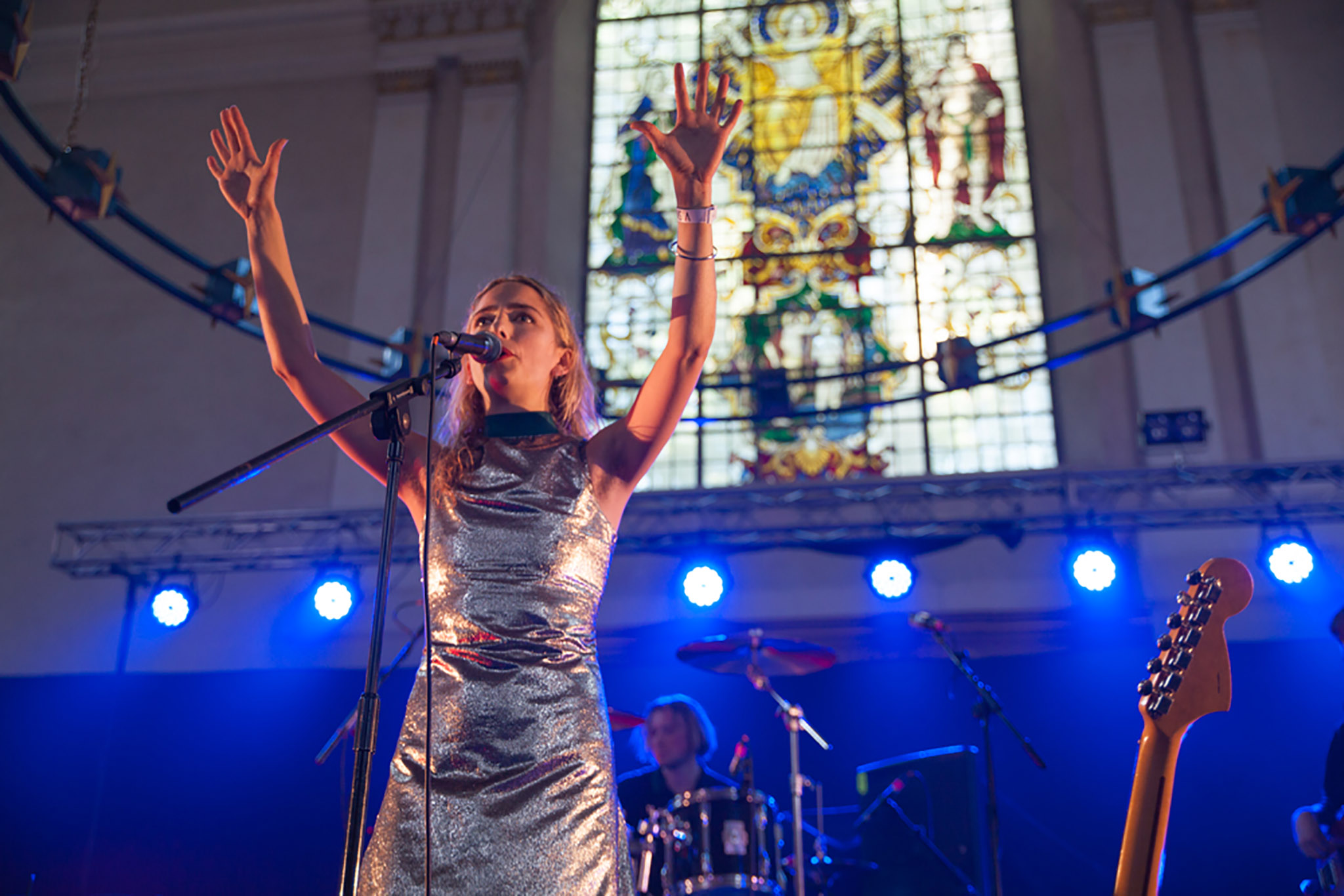 Over at Oval Space, Jessy Lanza’s live arrangement is at the other end of the spectrum. It’s a live representation that could do with some development if the producer is to compare with the heavyweights among her contemporaries, but with tracks as smart as they are fun, Jessy works a formula that brings Oval Space alive. A closing trio of ‘Never Enough’, ‘VV Violence’ and ‘It Means I Love You’ leave a crowd desperate to dance some more, but things are over far too quickly with her spending little more than 20 minutes on stage.

This is no fault of hers – Oval Space have spent the whole day playing catch up. Programming at the venue fell horrendously behind early on – The Japanese House had previously arrived on stage an hour and twenty minutes late for a 4pm slot - only to be dogged by technical issues once things were underway. These things sometimes happen, but at a multi-venue event with people travelling over a mile there from some of the festival’s other stages, the disappointment and scheduling chaos is amplified. It leaves a sorry mark on an otherwise great showcase.

Thankfully there are no such issues at St John as ESG and Young Fathers prepare to close the day out. ESG might not be as tightly knit as they once were, but it doesn’t matter in the slightest when you’re a cornerstone of both dance and post-punk heritage. The atmosphere is overwhelmingly joyous on both sides of the front barrier, with Nicholas Nicholas leading the proceedings; donning alien fancy dress for ‘UFO’, throwing badges in to the crowd for ‘You Make No Sense’ and dancing wildly throughout. Renee Scroggins is the only original member remaining, but almost four decades on from their emergence she’s orchestrating proceedings with typical joviality, dipping in and out of her magic box of percussion. Closing the set with ‘Erase You’, they leave a crowd wanting more and more. 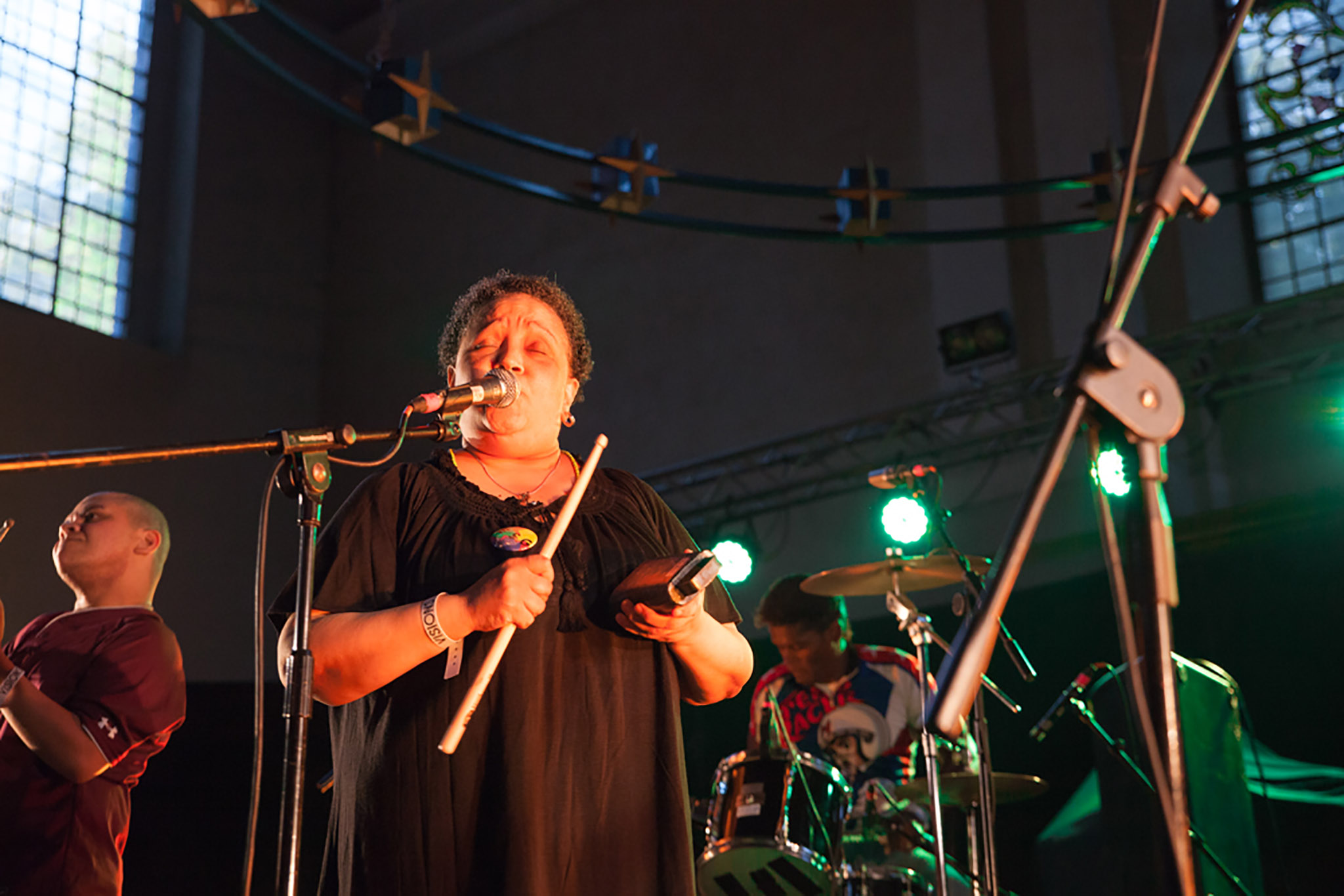 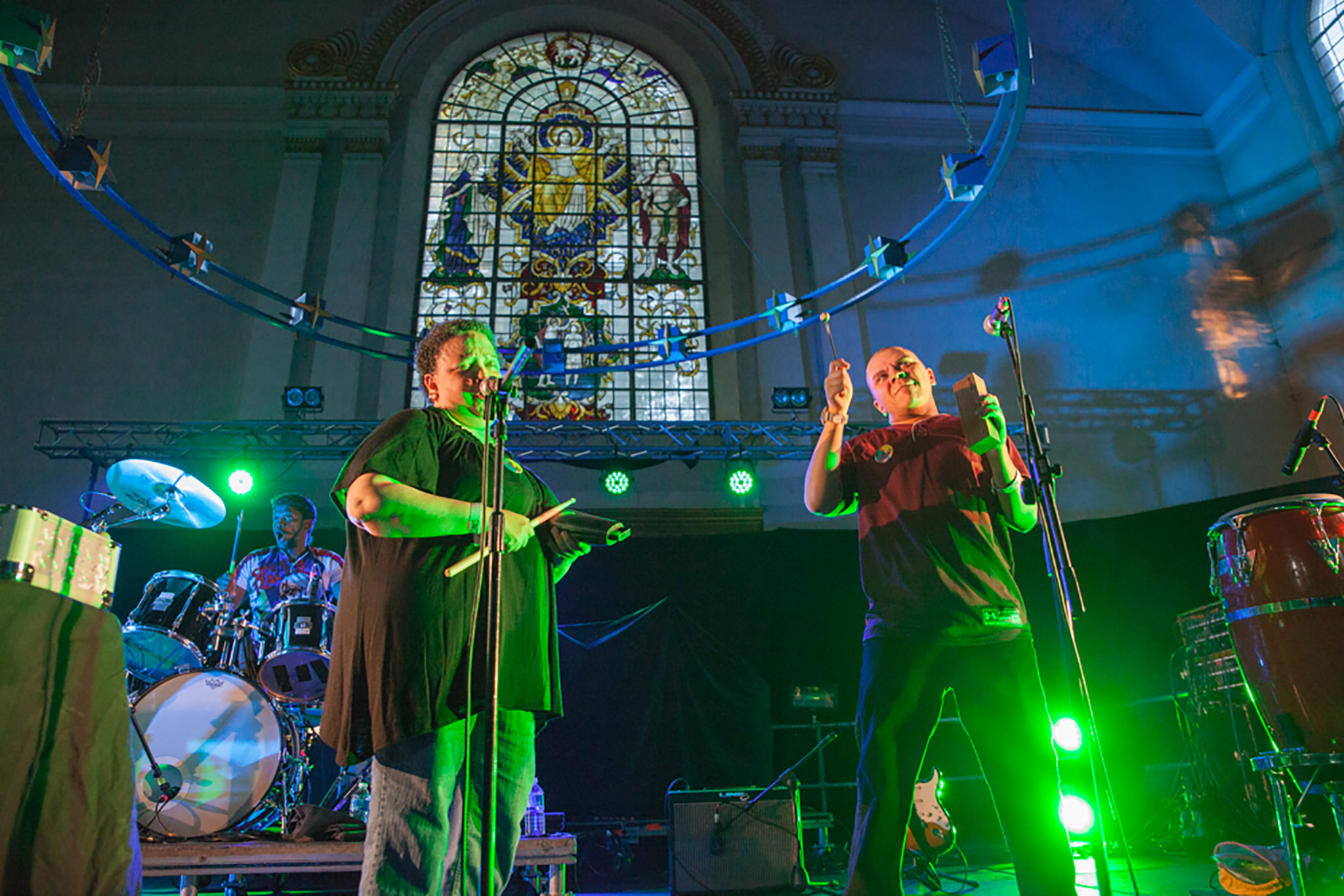 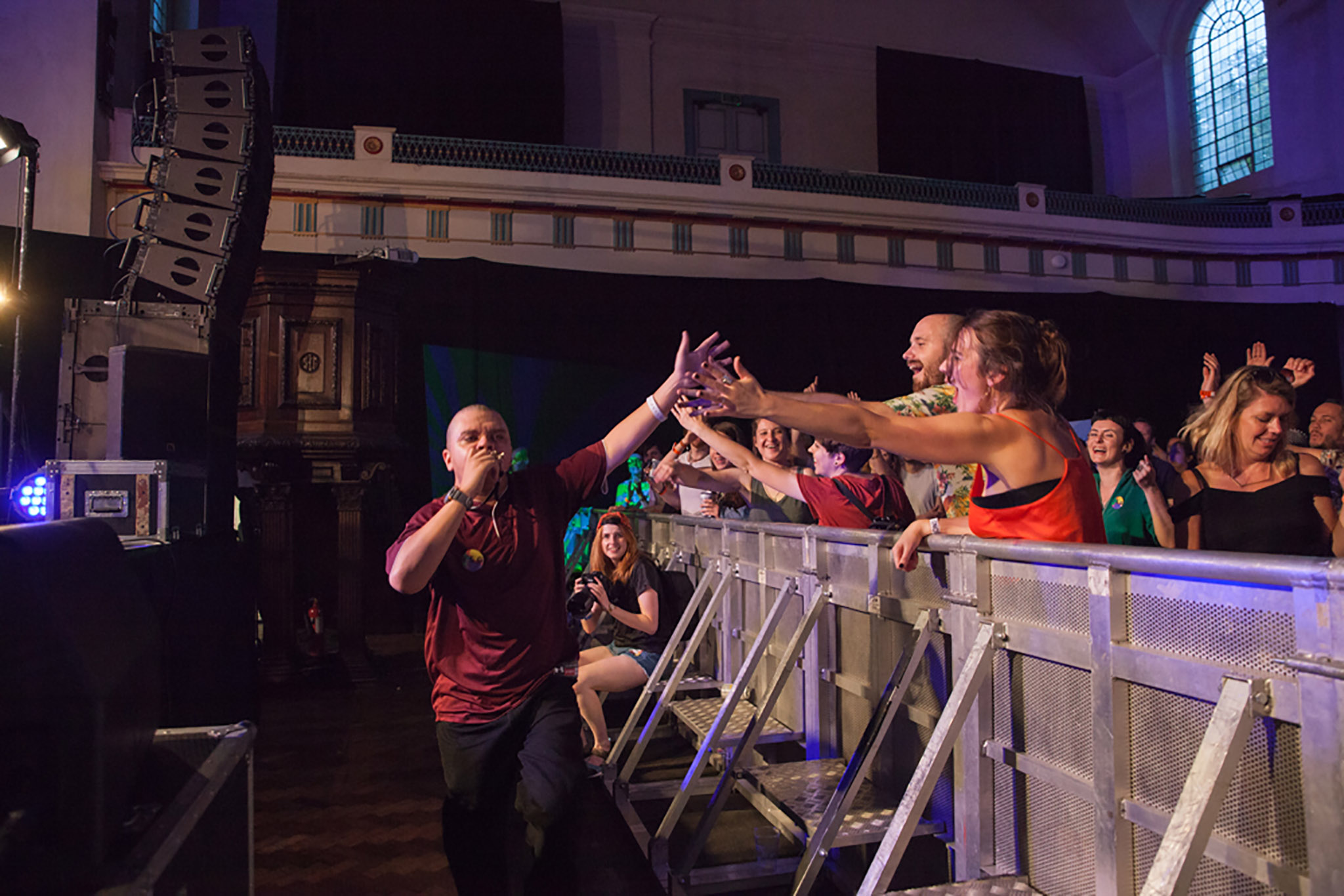 Young Fathers’ intentions are all the more straight-faced. Nothing about this band should surprise us by now, but you still can’t help but be taken aback by their presence. They’re an astonishing live force, and their performance continues to reach new levels. While the relentless, lawless nature of their shows might once have felt a tad disjointed, no such criticism could be levelled at the band these days – they’re in complete control of their own thunderous spectacle, with the addition of backing singers and an appearance from Law Holt bringing even more depth. They hardly pause for breath throughout – not as much as a mutter between songs, until G Hastings makes one singular address before their ‘Shame’ finale. “We are all migrants. Migration forever. Black Lives Matter. If you don’t believe in that, you can go fuck yourselves.” An unapologetic statement befitting of everything Young Fathers embody.