Sticking to tradition, we’ve compiled the most head-turning and impressive tracks of the past seven days. The Wytches have turned the entire convention of singles naming on its head (sort of) with their new song ‘C-Side’. Slaves have traded in riffs for flamethrowers. That’s just for starters, and all.

When we last saw The Wytches, they were still head-banging and shrieking their way through the darker-than-black tales weaved through their impeccable debut, ‘Annabel Dream Reader’. It was tricky to see where they’d go with its follow-up, but if ‘C-Side’ is indicative of the rest of ‘All Your Happy Life’, as 80s flash-in-the-pan pop success Yazz might yelp, the only way is up. Spooktastic organ sounds have been layered about the band’s trademark doomy rock, which in this instance makes a little like fellow scuzz-fiends Yak, with an almost motorik beat driving the whole shebang. Exciting times for the returning sorcerers. (Emma Swann)

Slaves - Spit it Out

Slaves have traded guitars for flamethrowers. On paper, it makes absolute sense for the Tunbridge Wells duo to up the noise stakes. With a new album approaching, they promise to be bigger, louder, more unrelenting. But a song like ‘Spit It Out’ goes way further than bolshy statements.

On last year’s ‘Are You Satisfied?’ LP, Slaves dabbled with these decibel levels. But vicious yelps were delivered alongside a sly humour. ‘Spit It Out’ is pure, unhinged force. It’s a statement of intent these two needed deliver at exactly this moment, right before they take to the main stage at Reading & Leeds. They’ve risen to the challenge. (Jamie Milton)

Back in January, Babeheaven played a hyped, hushed gig in London for DIY’s ‘Hello 2016’ nights. The West London group seemed to bring the winter fog inside, everything swarmed in a smoky cool. One thing stood out, even in those early days - their ability to flick a switch from smooth atmospherics into something substantial.

Nancy Anderson controls everything. Her voice isn’t quite fully soulful, nor does it deliver traditional notes. It sounds capable of being bellowed out at full power, but there’s a sense of control that allows it to float between Babeheaven’s gloomy synths.

‘Moving On’ finds Anderson in unparalleled form. As the song switches from marauding verses into punchy trip-hop - two vastly different styles - she finds a way to thread it together. Through the smoke and mirrors and the industry chat, there’s something genuinely special about this group. (Jamie Milton)

The expert upholsterer that he is, one imagines Jack White’s numerous comfortable chairs harbour many a lost classic. ‘City Lights’ is the first ‘new’ White Stripes material in bloody ages (since 2008, in fact) and while its appearance on an acoustic collection clearly indicates it’s not gonna be the banger many of us were holding out hope for, its sounds are still heart-warmingly familiar; little surprise it was written for ‘Get Behind Me Satan’ as it’d fit in pretty perfectly towards the end of the 2005 record - think ‘As Ugly As I Seem’, or ‘Red Rain’. (Emma Swann)

On his comeback LP, 2014’s ’Carry on the Grudge’, Jamie T’s continued ability to mix razor-sharp storytelling with big hooks seemed like a miracle in itself. Consider that he was once so absent from the public eye, he was assumed to be as much of a mysterious entity as Jai Paul. Now that he’s back, the ball is rolling, and fourth album ‘Trick’ suggests he’s found a prolific streak.

And it isn’t a newfound role that’s replacing quality control. ‘Power Over Men’ might be his slickest single to date, a femme fatale tale with as many twists and turns as a bedside page-turner. Clean production can’t remove Jamie’s rough edges, a charming characteristic that stayed by his side even through the tough times. Here, imagery gets more vivid and fantastical, from the way foolish men’s “tongues leak” to the “burden and curse” placed on the song’s subject. A fat-trimmed taste of what’s to come, this is the sound of Jamie T in rude form. (Jamie Milton)

No one does sugar-rush highs quite like Joyce Manor. In and out in under two minutes, their canon to date is built on a fifty-Dr Pepper a day habit and its subsequent fizzy-popping burst of energy, as they churn out more hooks in their sub-twenty minute full-lengths than yer da’s fishing cupboard post-Christmas.

By their standards, then, ‘Fake I.D.”s two-minute-twenty runtime is positively post-rock. But while they might be creeping ever closer to convention in their track lengths, they’re still firing out frivolity with all the rapid-speed of that top-end Nerf gun your mum never let you have.

That chorus, if you can call it that, is surely its peak. “What do you think about Kanye West?” frontman Barry Johnson barks at the latest object of his affections; “I think that he’s great - I think he’s the best!” Darting away into references to John Steinbeck and the voice actors of part-time Simpsons characters before giving a nod to a sadly deceased friend (“I miss him, he was rad”), it’s a who’s-who of youth’s numerous cultural and personal turning points, encased in a sherbet crust and perfectly primed for regrettable t-shirt tans. (Tom Connick)

Just as there’s another American Idiot pratting around doing things far too terrifying to make trite quips about on a music publication, Green Day are back with another slice of cutting commentary on their nation’s wellbeing. ‘Bang Bang’ sees them taking the role of mass shooter (“daddy’s little psycho, and mommy’s little soldier”) with a dollop of internet culture for good measure. It’s not just thematically on point, though - here’s a welcome reminder of why Green Day are so loved - yell-along vocals on a hooky-as-fuck chorus with a riff to match. (Emma Swann)

It’s not yet clear whether New Jersey band Forth Wanderers intentionally borrowed their name from a Scottish non-league football club, but either way there’s a distinctly ramshackle around the edges, tinnies-on-the-stands feel to their charmingly named new track, ‘Slop’. Thankfully, it’s less like stodgy gravy, and more like a sloppy tidal wave of tentative but sprawling indie; vaguely in the vein of thoughtful riff-meanderers Built to Spill, Pavement, and a roughed-up, muddier Guided By Voices.

Backward looking Forth Wanderers’ influences may be, but true to their forward-peering name the group draw on previous decades like a pick n’ mix jumble, and surge determinedly forward with their own agenda. “Don’t be ashamed, I’ll breathe through your lungs,” sings Ava Trilling one moment in slightly sinister reassurance, conjuring up headaches, self-doubt, and an inability to think straight the next.

After inking one of those fancy joint-type international record deals with Marathon (home to Courtney Barnett) and Diet Cig’s label Father/Daughter, Forth Wanderers are… er… wandering forth with an EP called ‘SLOP’ next. That’s out on 11th November. Watch this space. (El Hunt)

Bloomington four-piece Hoops released a slice of their upcoming self-titled EP in the form of ‘Cool 2’ a little more than a month ago. But, like the teases that they are, it only clocked in at just under two minutes. So, as beautifully jangly as it was, it just wasn’t enough time to savour their sun-kissed lo-fi.

Luckily the latest offering from the EP, ‘Gemini,’ gives us the chance to bask in the group’s dreaminess for longer. And if you’ve ever wanted to float away on a cloud of wispy riffs, soft hazy production and feather-light vocals, then Hoops have got you covered. They even throw in some warped surf guitars at the end, just in case you weren’t clicking on to the summery vibes.

‘Gemini’ is the soundtrack to hot, sticky days, while also being another addition to the Bloomington bunch’s almost flawless run of singles this year. (Eugenie Johnson)

“Life is a difficult journey, it’s easier with good friends around.”

Good Charlotte, 5 Seconds of Summer, and All Time Low are also set to perform. 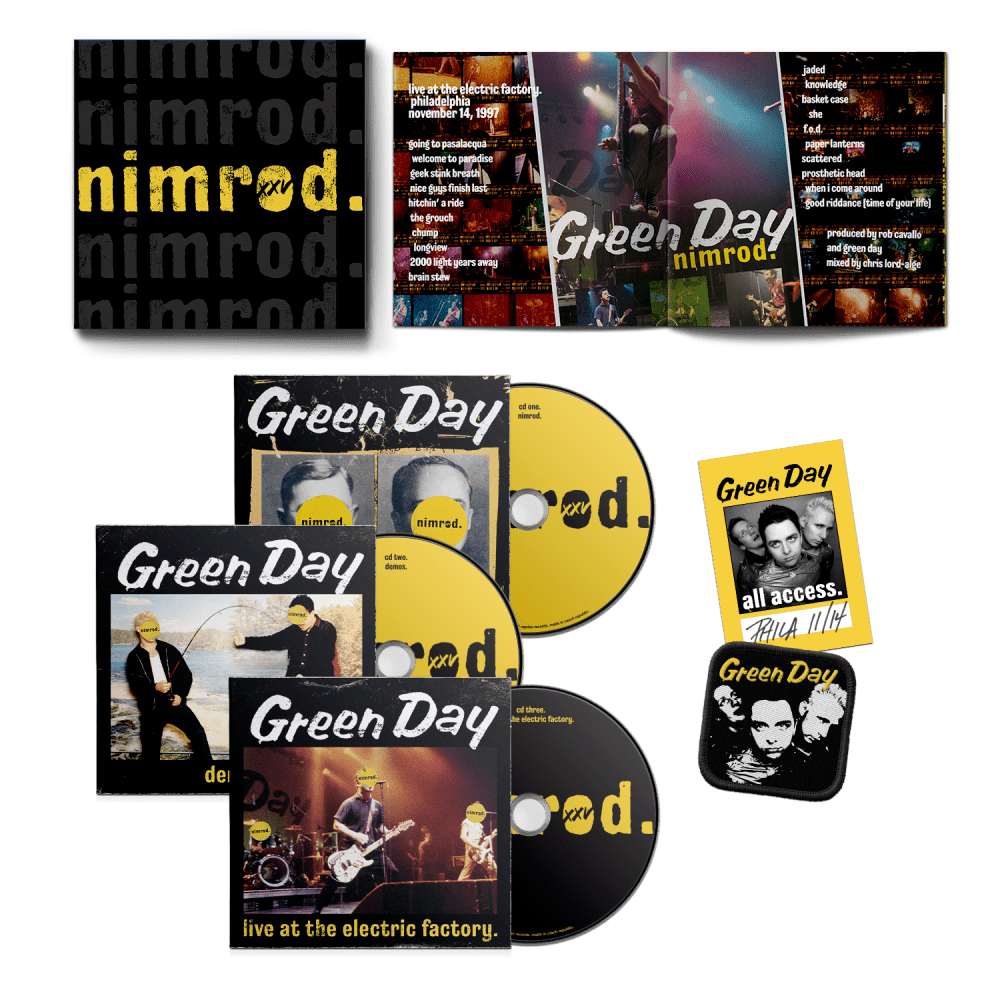 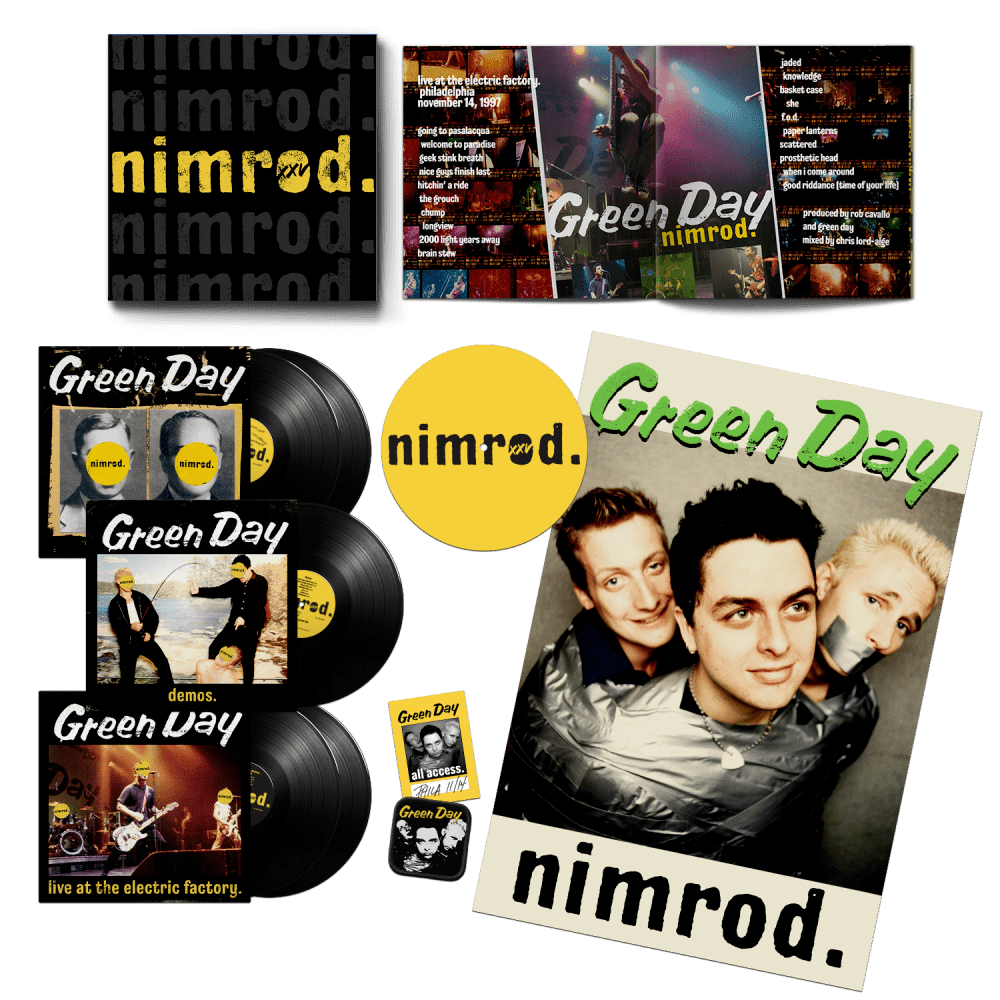 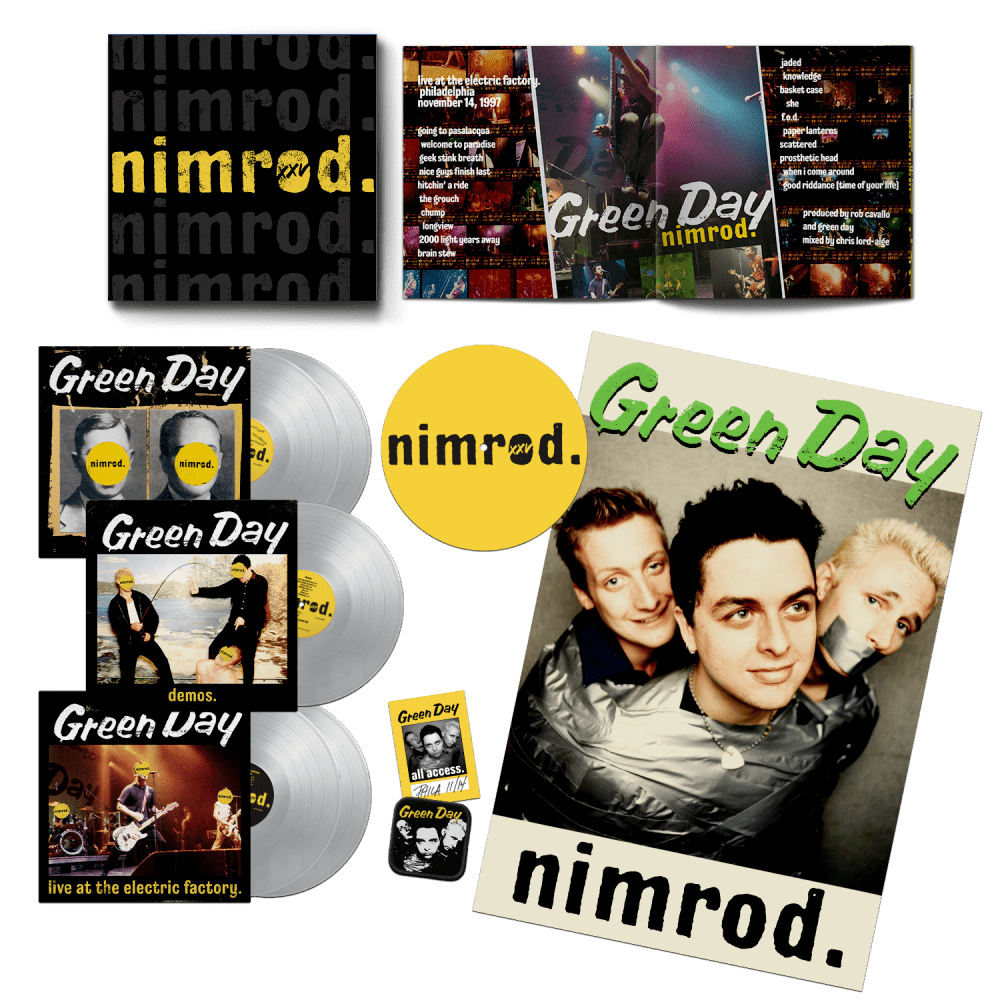 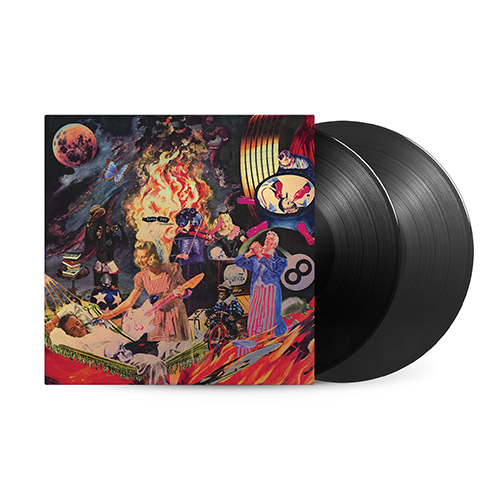