On 8th November, Americans go to the polls to decide who will be the next President of the United States: Hillary Clinton or Donald Trump. Brooklyn-based neo-soul singer Xenia Rubinos knows exactly why she won’t be voting for the Republican candidate: “I just have a problem with everything he says,” she explains. “I’m just offended by him. I just think he’s a real problem.” It’s unsurprising that Rubinos takes such a view, particularly in light of Trump’s inflammatory remarks about the Latino and Hispanic communities, but she also feels some responsibility for how it’s come to this. “I was born here, and I’m part of whatever it is that created these circumstances where this person is able to become President.”

It’s this kind of thoughtfulness about current affairs that characterises her second album, ‘Black Terry Cat’. On it, Rubinos is unafraid to confront issues of personal identity and race in direct and politically astute ways. The incendiary ‘Mexican Chef’ sees her highlighting the Hispanic labour that keeps the country ticking, while on ‘See Them’ she asks “who are they to come tell me where I’m from and what is wrong?” She even draws on Abbey Lincoln’s 1966 essay ‘Who Will Revere The Black Woman?’ in-between the skittering beats of ‘I Won’t Say.’ Rather than being a heavy meditation though, Xenia’s malleable vocals and a colourful sonic palette that draws on hip-hop, jazz, pop and even punk makes ‘Black Terry Cat’ a joyous experience. It’s a deeply thoughtful, sometimes provocative counterpoint to the “politics of hate.”

Ahead of her headline show at London’s Birthdays on 24th October, we talked to Xenia about some of the concepts and sounds behind ‘Black Terry Cat.’

Compared to your first album ‘Magic Trix,’ ‘Black Terry Cat’ seems a lot more direct lyrically. Is that because of recent events or did it come from somewhere more personal?

I think it’s a combination of both, because I had definitely wanted to challenge myself to focus on my lyric writing a little bit. I felt like that was maybe not a weak point, but a point that I wanted to evolve. I wanted to challenge myself to be a little more specific just in my writing. On a personal level, a lot of things were kind of coming to a head, including the gun violence that continues, the Black Lives Matter movement and the death of my father while I was making this album. A lot of things took shape around me as I was in that process. The things that I touch on in the album are observations.

Considering how you talk about issues of race and identity on ‘Black Terry Cat,’ it often seems like a response to societal problems such as police brutality. Have similar issues been a part of your life as a whole?

I’d just say that those things were occurring while I was writing this album and it was on my mind, things that were on my daily feeds. It was kind of inescapable on the summer that I was writing the album. The Mike Brown case was happening, and it was just unavoidable. In general, in my writing I tend to reflect whatever I’m going through personally. For me, it’s usually directly related to whatever I happen to be living at the time.

So you don’t see yourself as a social commentator?

I see myself first and foremost as a singer and second as a composer. So I don’t see myself as an activist intentionally going out of my way to make social commentary. I wouldn’t call it coincidence, but it is just pulling everything from around me to write in the moment.

Actually, a lot of people have been comparing the album to Erykah Badu, who is involved heavily in activism. How much of an influence has she been?

I’ve actually been listening to her quite a bit over the last two or three years. I toured a lot with my first record and on some of the last ours I did, national tours in the US, I was supporting Man Man. I ended up being the only woman on tour for six or seven months. I’m used to working with men and being surrounded by them, and I never realised how much I missed a female presence until that tour! I was so cranky, I didn’t understand what was going on! At the end of shows people would ask me for autographs and I’d start drawing vaginas on their records! I was like “man, I think I miss a female presence in my life.” So I started listening to Erykah and she became my friend on that tour. I delved more into ‘Worldwide Underground,’ which was a record I hadn’t really given the time of day to before. There’s a great track on there called ‘Back in the Day.’ She was my companion. I feel like she’s so good at talking about the quotidian and just being so relatable with this sonic space you can luxuriate in. 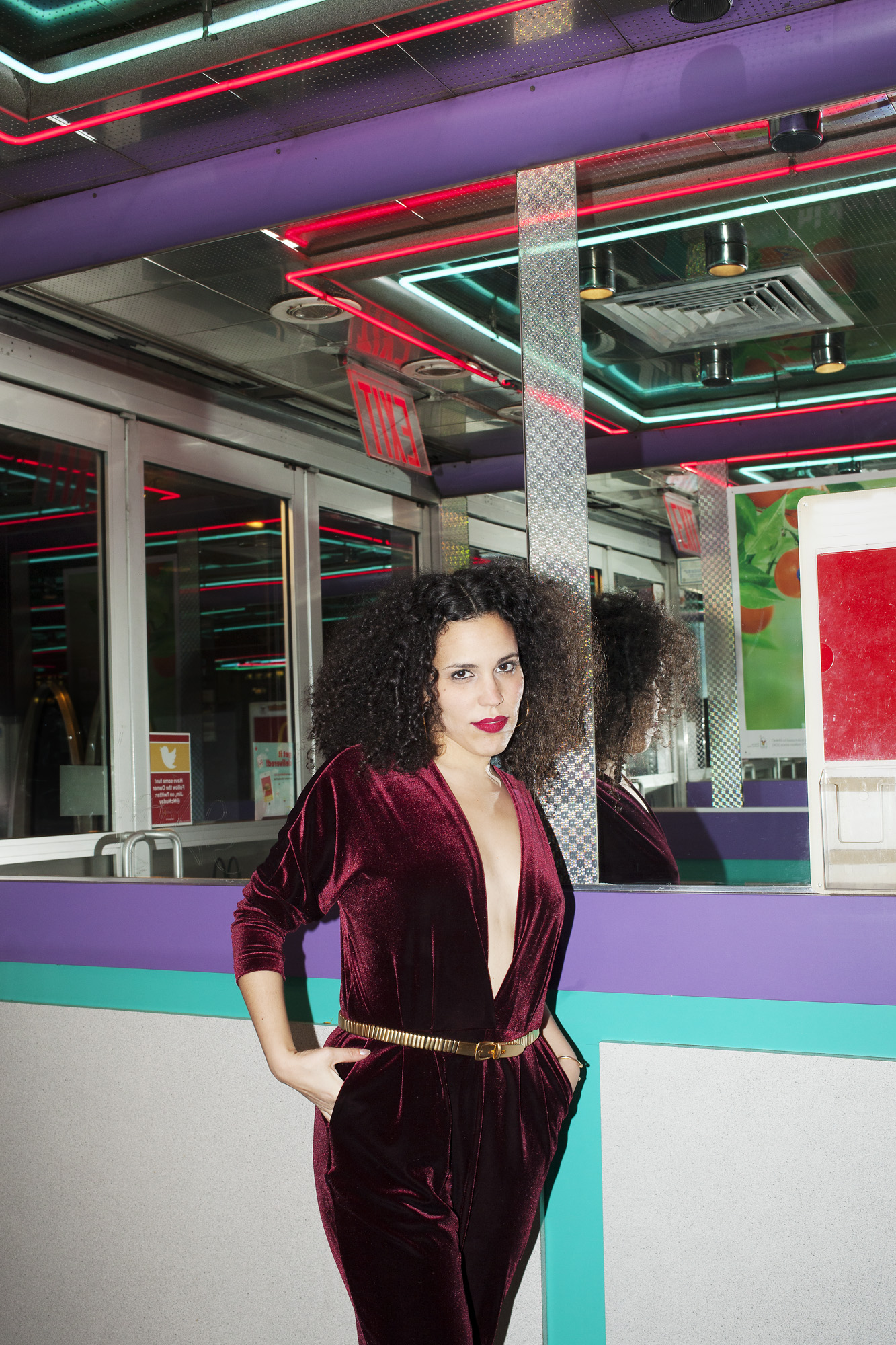 “I don’t see myself as an activist intentionally going out of my way to make social commentary.”

The album is pretty diverse, there’s elements of hip hop, jazz, soul and much more.

I was delving into hip hop, and I was delving into Sly and the Family Stone, Rufus, Chaka Khan. ‘Tell Me Something Good’ was a big inspiration; Chaka’s vocal performance on that track was really inspirational for ‘Lonely Lover’ and ‘Mexican Chef.’ So there was a mix of things, and I think that’s reflected in the sound of the album.

Since it’s a big melting pot of different genres, how would you personally describe the sound of the album?

I’m just trying to build my own signature sound. I’m really proud of this album because I was able to further develop my sound, search through music that interested me and put my own spin on it. I’m less interested in being part of a genre and more interested in developing my own style.

Yeah, when ‘Magic Trix’ came out a lot of critics tried to place the album into the Latin genre despite its many influences. Did that pigeonholing annoy you at all?

It’s a challenging aspect of writing and putting yourself out there, because people need to categorise you in order to understand you better. I think a lot of times folks have called my music “Latin music” because I myself am Hispanic, I’m Afro-Latino. So I think the way that I look and the way my name looks just means people have sometimes not taken a listen and just slapped on whatever they thought by looking at me. That can be frustrating and complicated. A lot of time I feel like people writing about music actually describe everything else but the music. I mean, I don’t envy that job! It must be a difficult thing to do. But in terms of categorising my music as “Latin,” I think it’s incorrect. Mis-categorisation can be annoying; it just makes it harder for people who might like your music to actually find you.

Do you think that informed anything on the new album, since you do talk a lot about issues of identity?

I was just trying to delve into my own identity more on this record. Others do the other-ing, you know? No one comes out of the womb feeling like an outcast or a weirdo, we all do that to each other. For me, I’m definitely not coming at you like “I’m so misunderstood.” All these conversations always come from the perspectives of others and not me personally.

How do you think ‘Black Terry Cat’ might be received when you come over to play in London?

I’m not sure, but I’m excited about playing and being able to perform it live for people. It’ll be good to see how folks connect with it and how they react. I love going to new places and just getting to experience different cultures by playing. It’s a real experience because I’m going there to work, but you’re thrown into this new situation where you get to learn a lot about the people of that place.

And she’s sharing new single ‘Working All The Time’ too!

She’ll be bringing ‘Black Terry Cat’ back to British shores in April.