In just a few weeks, the mighty You Me At Six will be finishing up this year’s edition of the Dr. Martens Stand For Something, in association with DIY and now, we can confirm the band who’ll be joining them for the evening.

London’s own Dead! will be taking to the stage ahead of the Surrey rockers, when they play at the teeny tiny Dingwalls on Saturday 26th November for the final show of the tour.

Speaking to us about what they stand for, the band say “Last week the world was a much less scary place. Music keeps us sane and right now live music has never been more important, and now we’re playing, this night just got a whole lot better.”

That’s not all: there’s also a final handful of tickets available for the show. Get your hands on them by heading to DICE now. Right now!

The Stand For Something Tour has already made stops in Liverpool, Birmingham and Newcastle - keep up to date with the whole thing right here. Details of the final show can be found below.

NOVEMBER
26 You Me At Six & Dead!: Dingwalls London

Keep an eye on diymag.com and drmartens.com for more details. 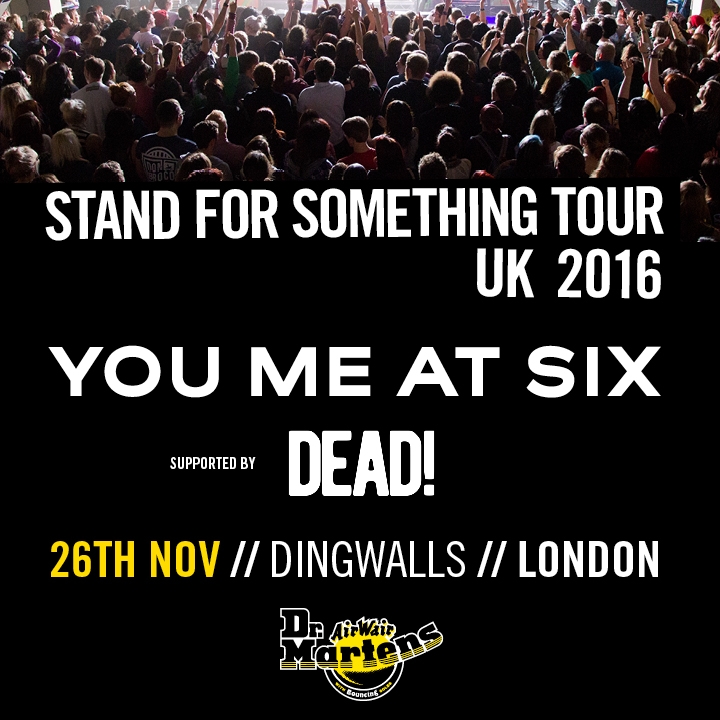