Toronto’s always fostered musical brilliance. From Broken Social Scene to Barenaked Ladies (stick with us), via Fucked Up, Crystal Castles and Death From Above 1979, Canada’s busiest city’s got a pedigree like few others. 2016, though, saw the Queen City set the agenda on the buzziest, fuzziest new bands. Spearheading that influx of Torontonian talent? Dilly Dally and Weaves, both still riding high on their respective debuts. Not that you’d guess it today – at the end of a bunch of joint European dates, they’re battling off the dreaded tour flu. “We’re starting to get sick,” grumbles Weaves’ delightfully deadpan guitarist Morgan Waters, “I need a green tea.”

“It’s like having a piece of home - four pieces of home - out on the road with ya,” enthuses Katie Monks, Dilly Dally’s figurehead and the owner of the year’s most torched vocal cords.

“It was like a little summer camp,” picks up Weaves singer Jasmyn ‘Jazz’ Burke, “we’d often stay at the same places.” “Like a musician orphanage,” Morgan smiles.

A ragtag bunch brought together by their home city’s bubbling music scene, Dilly Dally and Weaves’ fortunes have been threaded together for years. “Ben, our drummer, and Zach [Bines, Weaves’ bassist], went to high school together!” Katie squeals. “Zach had luscious, long, curly rocker hair,” Morgan reveals, while “Ben was a goth.” “Yeah,” grins Katie, “Ben wore lipstick and make-up.” 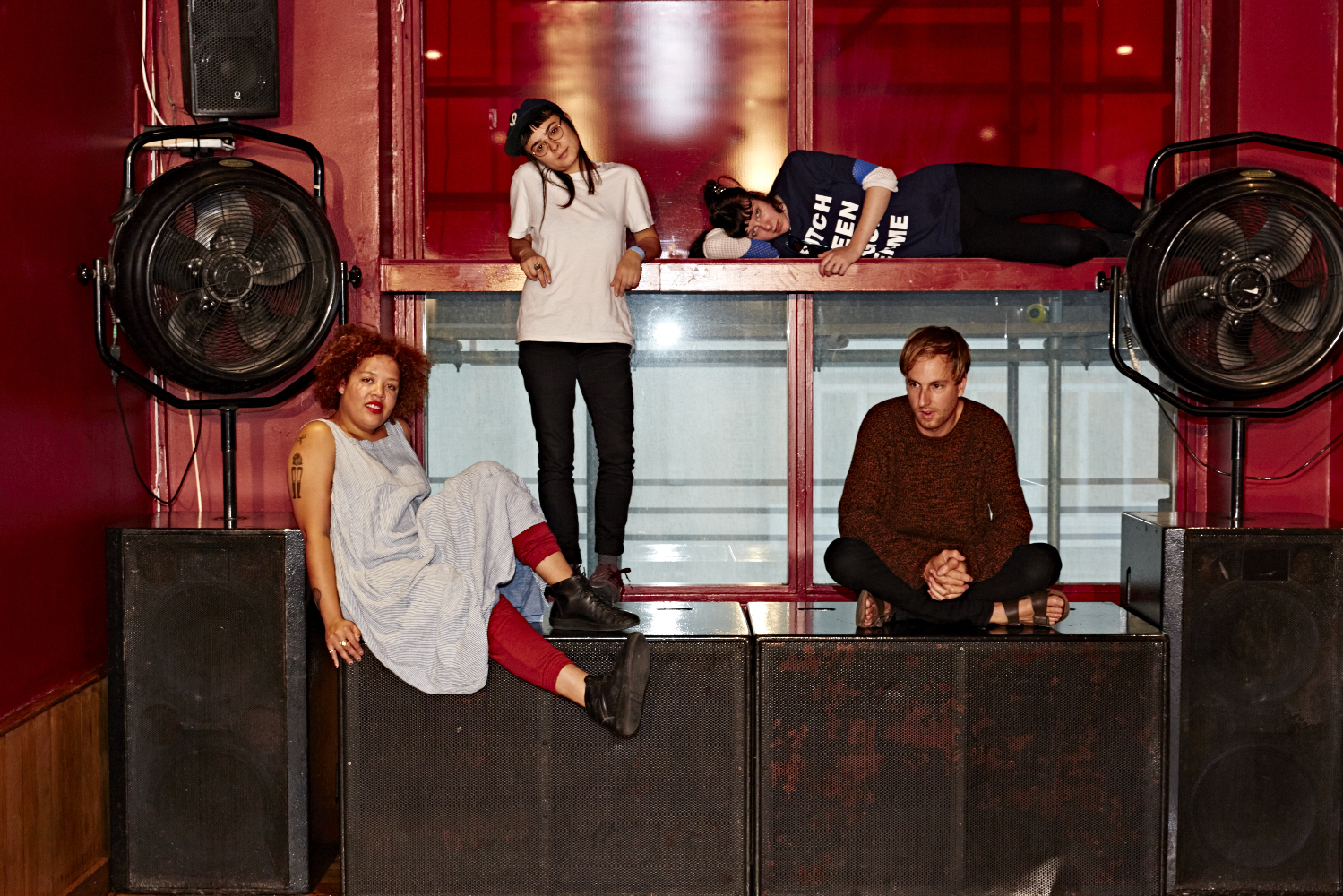 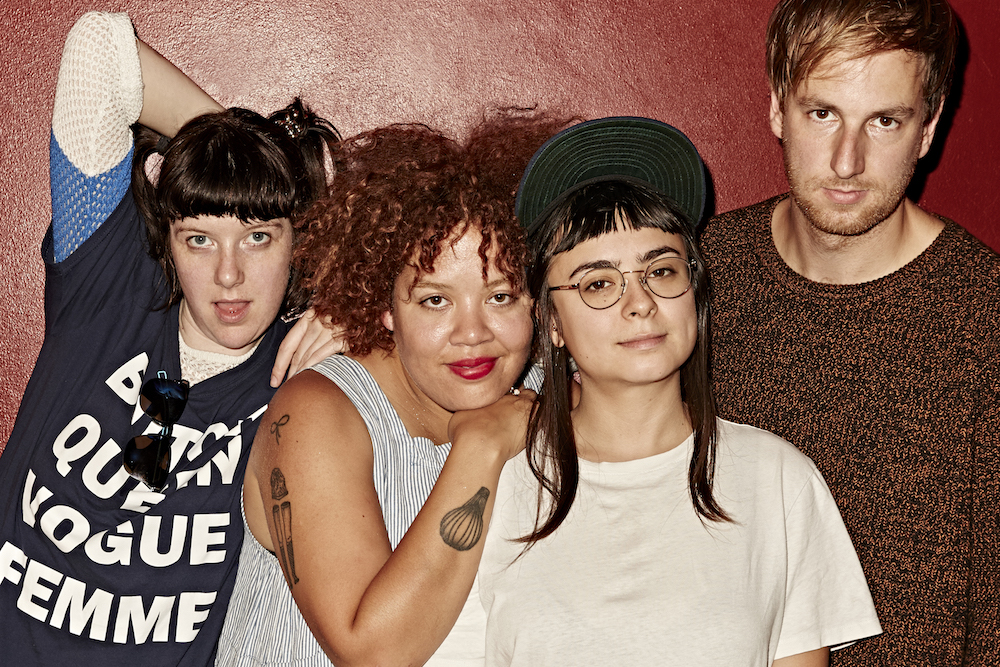 “You can always find a venue to play. There’s always someone’s basement.””

Things lasted long past graduation though, with both bands linking up for a Christmas party last December, and for “a little pop up show in a cool warehouse” back when Dilly Dally’s debut album ‘Sore’ was born this time last year - “Fall baby!” laughs Morgan. Going back yet further, Katie recalls a 2011 show in the basement of Toronto’s Parts & Labour, with Jazz supporting solo under her old RatTail moniker. The Adele obsessive is flabbergasted by the memory – “Oh god! That was a long time ago…” “And do you remember The Elwins?” smiles Dilly guitarist Liz Ball. “You had a hollow-body electric. And we played that show with you!”

The whole gang are clearly proud of their hometown. “Toronto’s always had a lot of great music coming out of it,” says Jazz, “it’s just now that people are starting to pay attention. It’s always been a city where you could go and see music every night. I feel like it’s always been like that.” They collectively reel off a list of their local favourites - New Fries, Vallens, Poster Boy and She Devils all get the nod, while local label Buzz Records also garners praise. “There’s lots of different labels pumping out awesome bands,” says Liz, “But yeah, Buzz is always signing cool new people, so it’s sweet when fans come up to us and they’re like, ‘Oh, what do you listen to?!’ It’s like, ‘Just check out all Buzz’s roster – you’ll love it all.’”

Suffering from the all-too-common big city ill of rocketing rent prices, there’s nevertheless a little bit of trepidation over the city’s future. “I don’t know if people can afford to live there…” Jazz ponders, while Liz notes that everyone’s moving further and further out of the centre, leaving a bunch of their favourite venues with dwindling audiences and bled-dry resources.

“I mean, I wouldn’t say it’s like there’s money rolling around, in music,” Katie notes. “Oh, don’t expect to get paid,” laughs Liz, “but you can always find a venue to play. There’s always someone’s basement.”

“Toronto’s always had a lot of great music coming out of it. It’s just now that people are starting to pay attention.”

With tonight marking the final night of their run as a terrible twosome, both Weaves and Dilly Dally are looking forward to heading home. As it happens, their stories look set to intertwine further still – they’re both looking towards second records.

“I started writing a tracklisting, and I wanna move from the tracklisting, to the outside,” says Jazz of Weaves’ round two, which is on the cards once they wrap up US dates with Mitski. “I feel like that’d be a fun way to write. Sometimes when you’re on the road, little words pop into your head and you’re like, ‘Hmm, I wonder what that could entail…’”

Dilly Dally, meanwhile, have got a whole bunch of tour dates with Grouplove to get through before they look to their second full-length - “I’m really excited to look at all their clothes, because they have really cool clothing,” says Katie matter-of-factly. “And then that’s two months, and damn we are toured out. Some peace of mind, some isolations, and then certainly the beginnings of the next record.”

“The cycles are matching up,” quips Morgan, before Jazz suggests, with a guffaw, that a bit of time apart might be healthy – “We’re in sync!”