Taking to the kitsch and compact Moth Club stage, Los Campesinos! frontman Gareth David is uncharacteristically tongue-tied this evening. “I remember the days of 20-date UK tours,” he grins by way of apology, before admitting that this weekend’s three show run’s taken far more of a toll on their aging bodies than expected. By contrast, there are no signs of fatigue in a single track of tonight’s ten-year-career-spanning setlist.

Taking the opportunity to debut a heap of new material from incoming sixth album ‘Sick Scenes’ – and dubbing the actually-quite-excellent ‘A Slow, Slow Death’ “the worst kind of new song” on account of its middling tempo – they’re on riotous, self-ribbing form. Recent single ‘I Broke Up In Amarante’ is granted the same yelp-along reaction as classics like ‘Romance Is Boring’ and ‘I Just Sighed. I Just Sighed, Just So You Know’, and a huge cheer greets the renaming of ‘Knee Deep At ATP’ to ‘Knee Deep At Us Vs. Them’; a reference to Los Camps’ very own all-day festival, launched just yesterday. “And everyone got paid!” Gareth half-laughs. “It’s not that fucking difficult!”

From there on out, it’s wall-to-glittering-wall hits. A one-two of the pensive ‘The Sea Is A Good Place To Think of The Future’ and ‘Avocado, Baby’ finds Moth Club awash with earnest sing-alongs and pissed-up pogoing in equal measure, before ‘Baby I Got The Death Rattle’ brings things to a crashing conclusion.

Returning to the stage with the offer to play two of three potential encore songs, their reaction to the predictable calls for ‘You! Me! Dancing!’ is perhaps to be expected - “I was really hoping for more nuance from a London crowd,” Gareth smirks. While they themselves might long to put that indie disco staple on the backburner, tonight proves that - a decade in and showing no signs of slowing - there’s still fire in the hearts of every Los Campesinos! number. 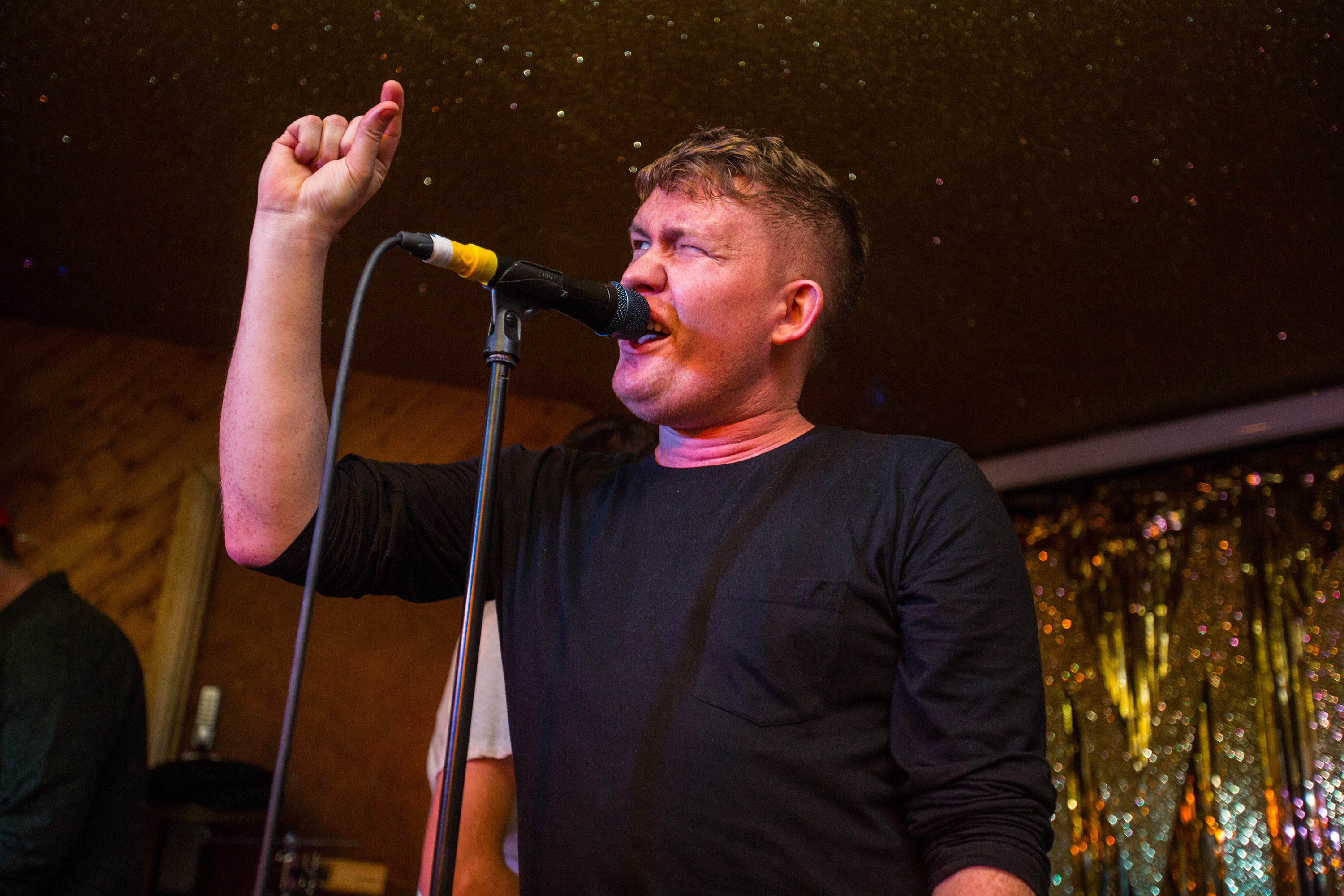 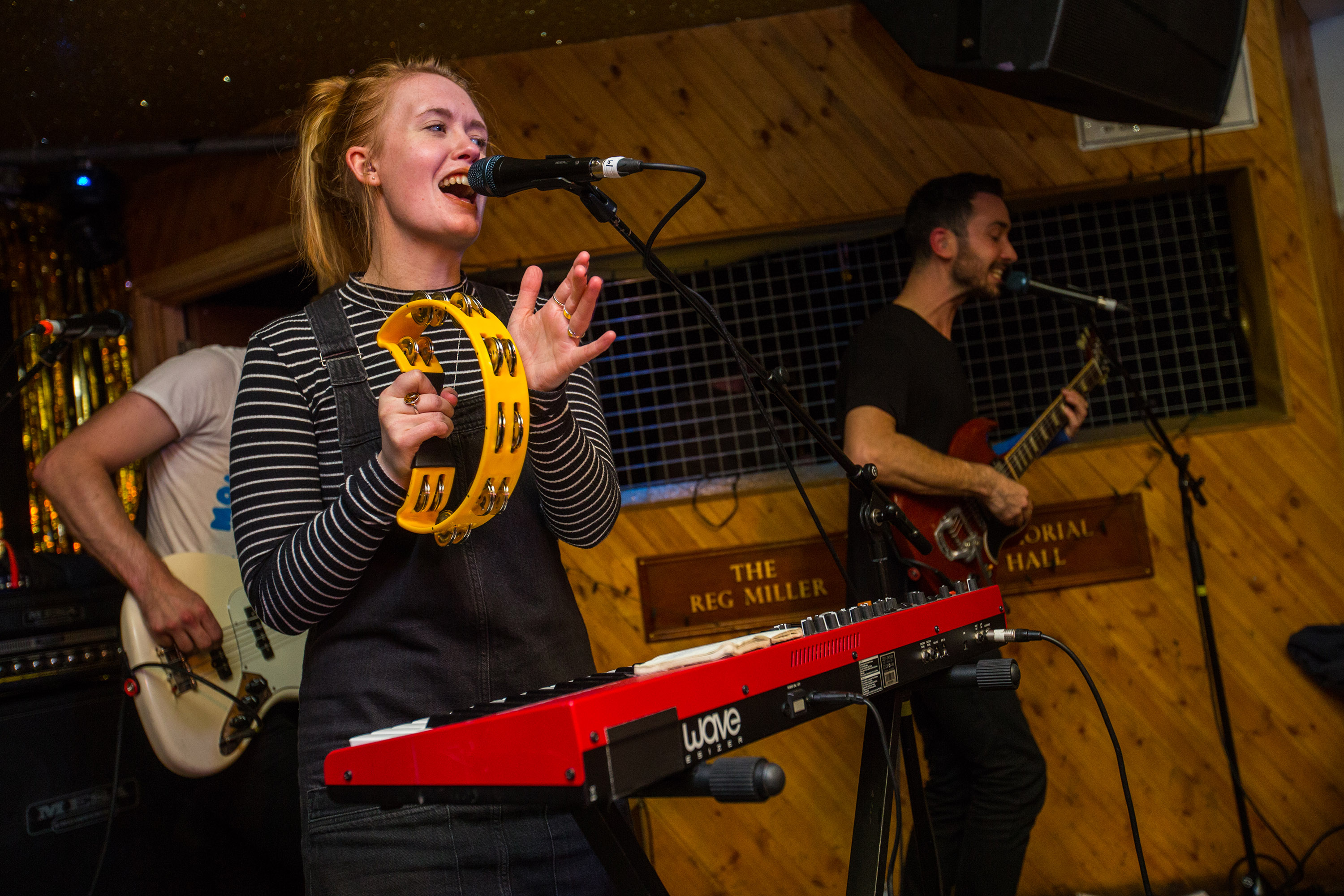 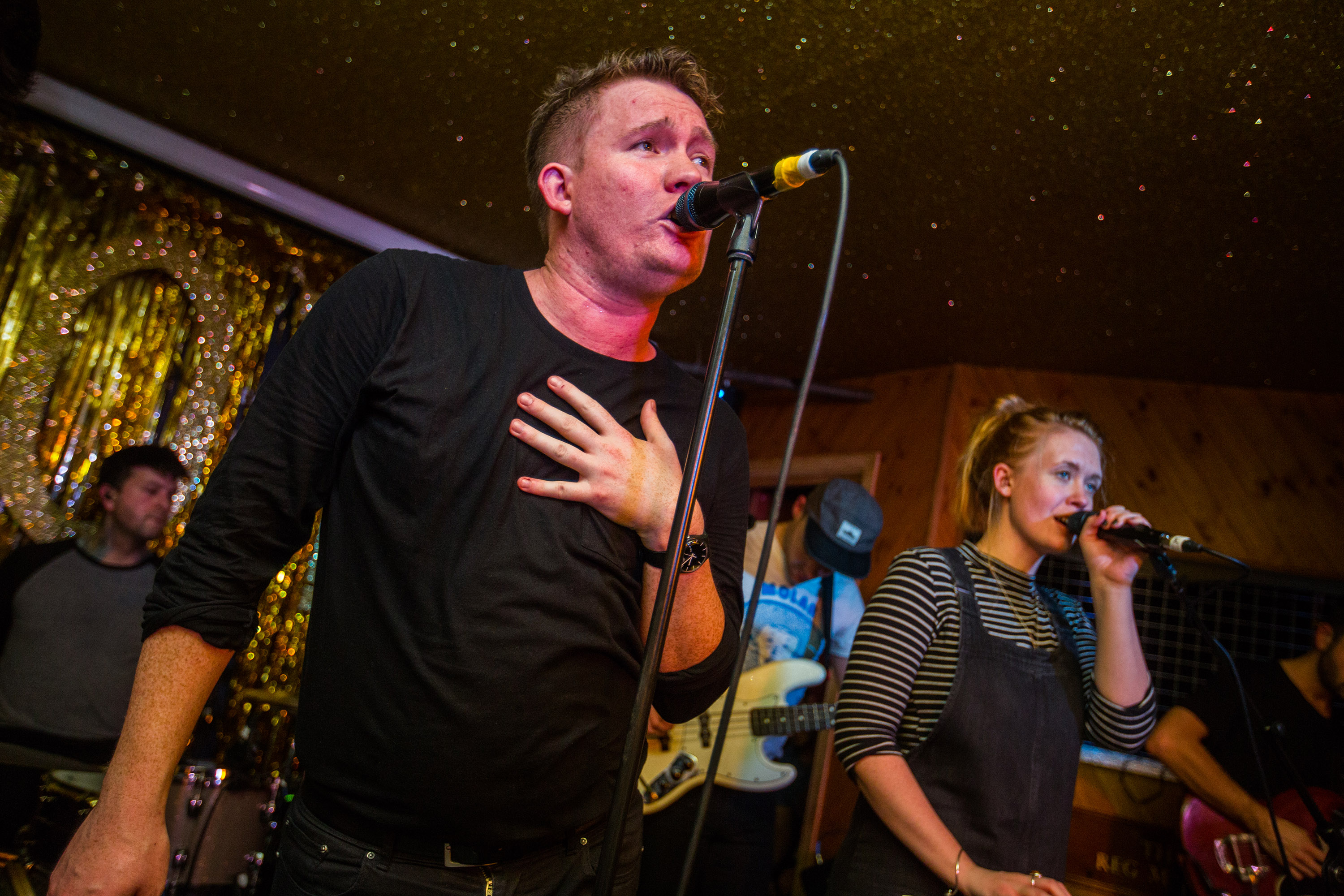 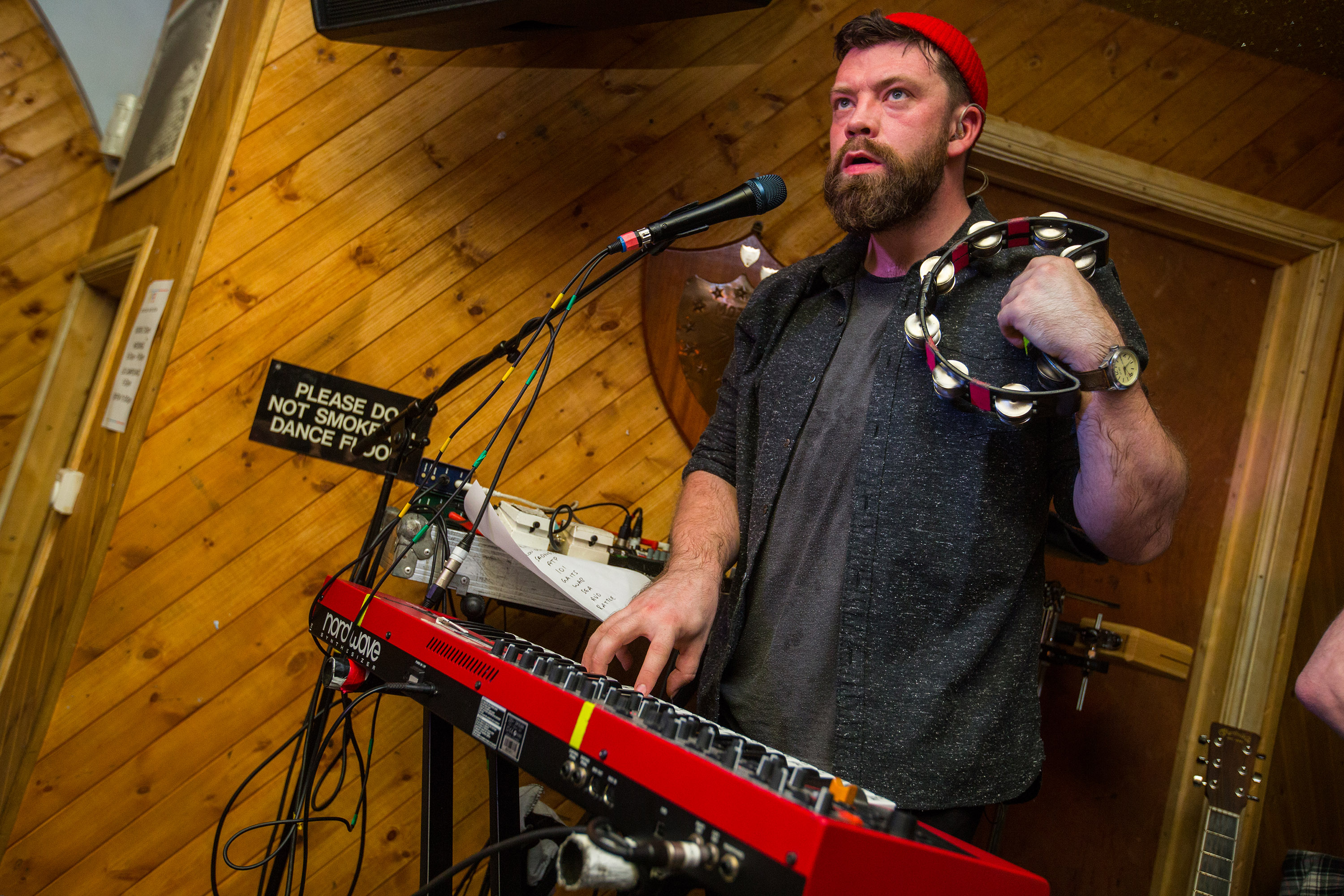 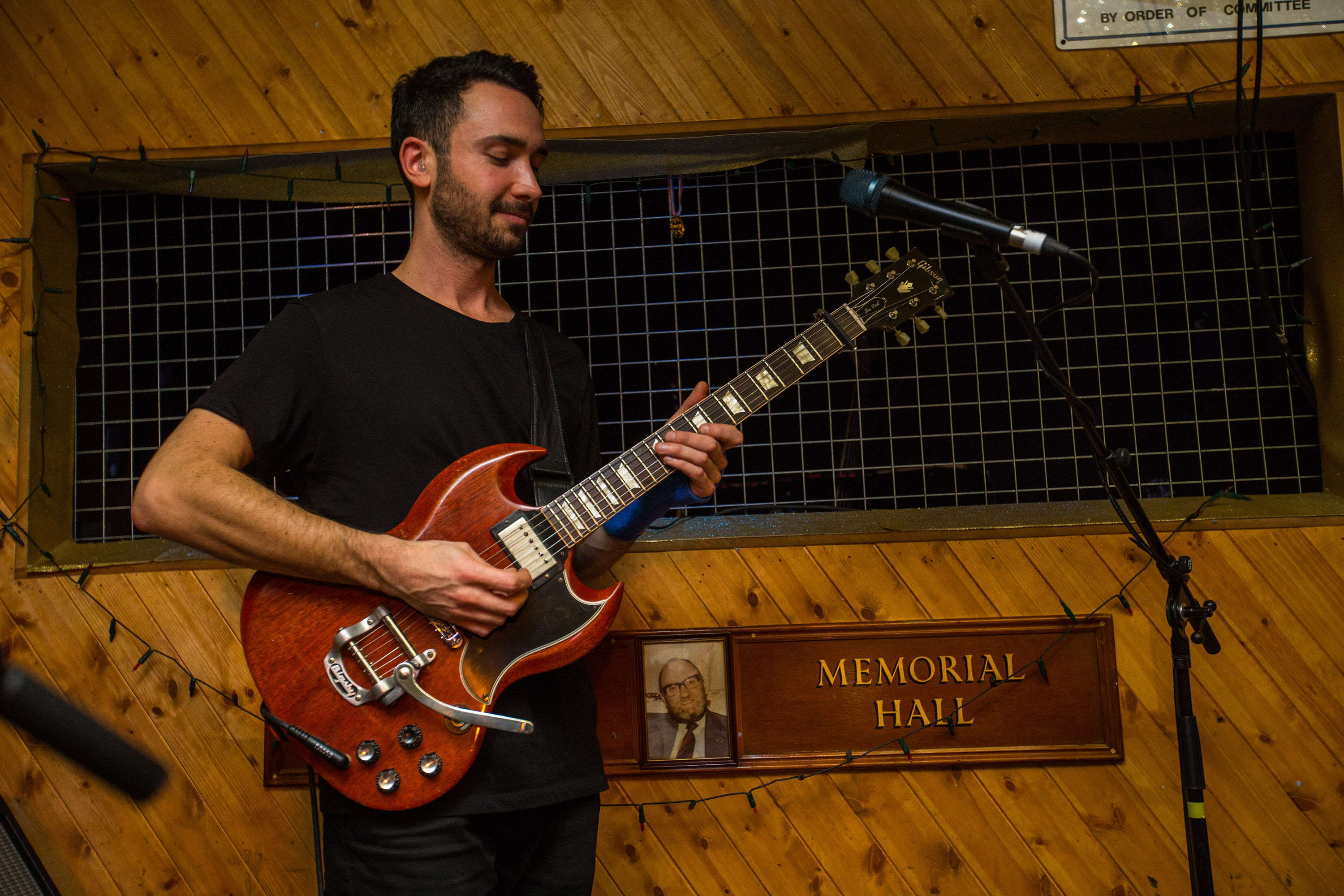 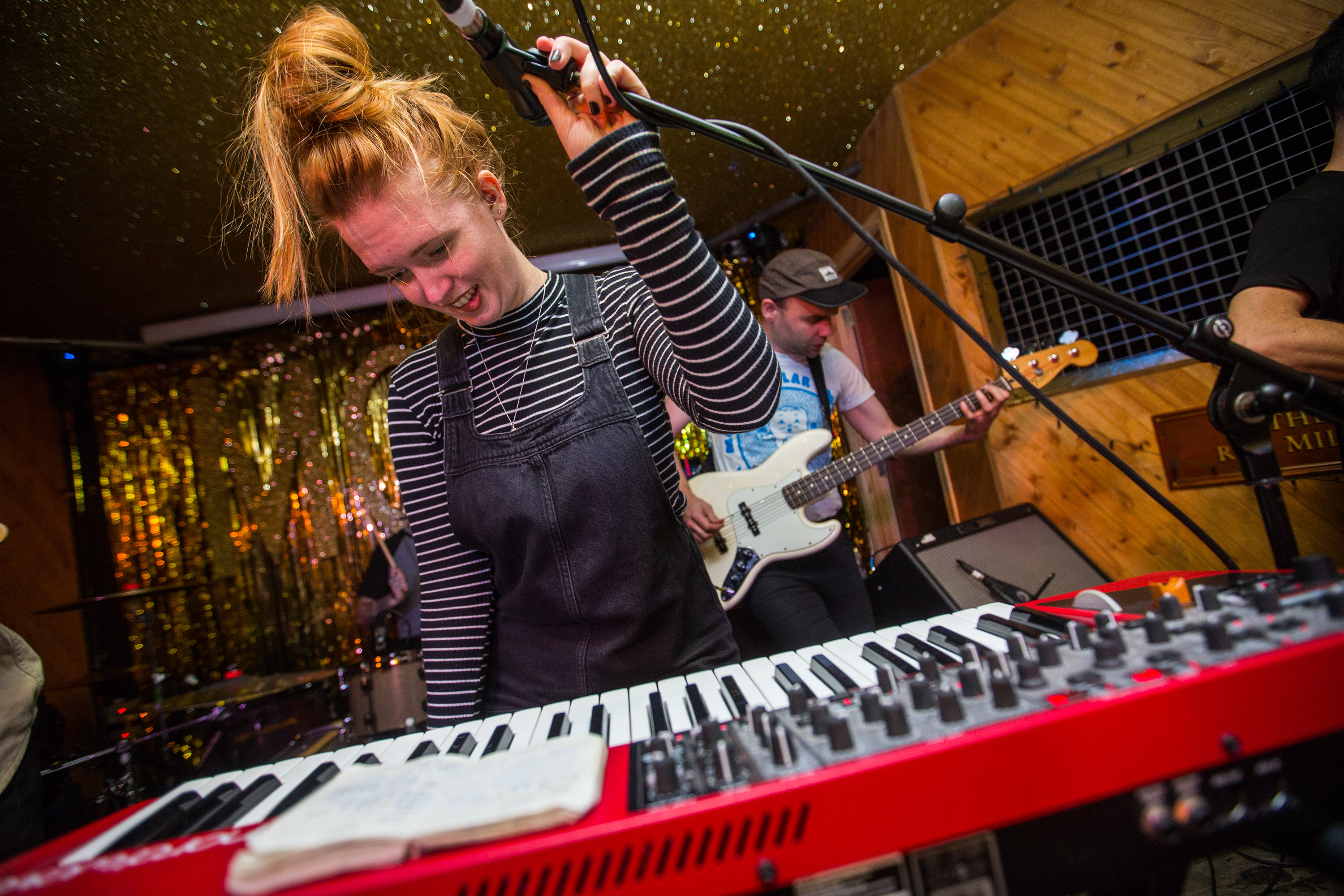 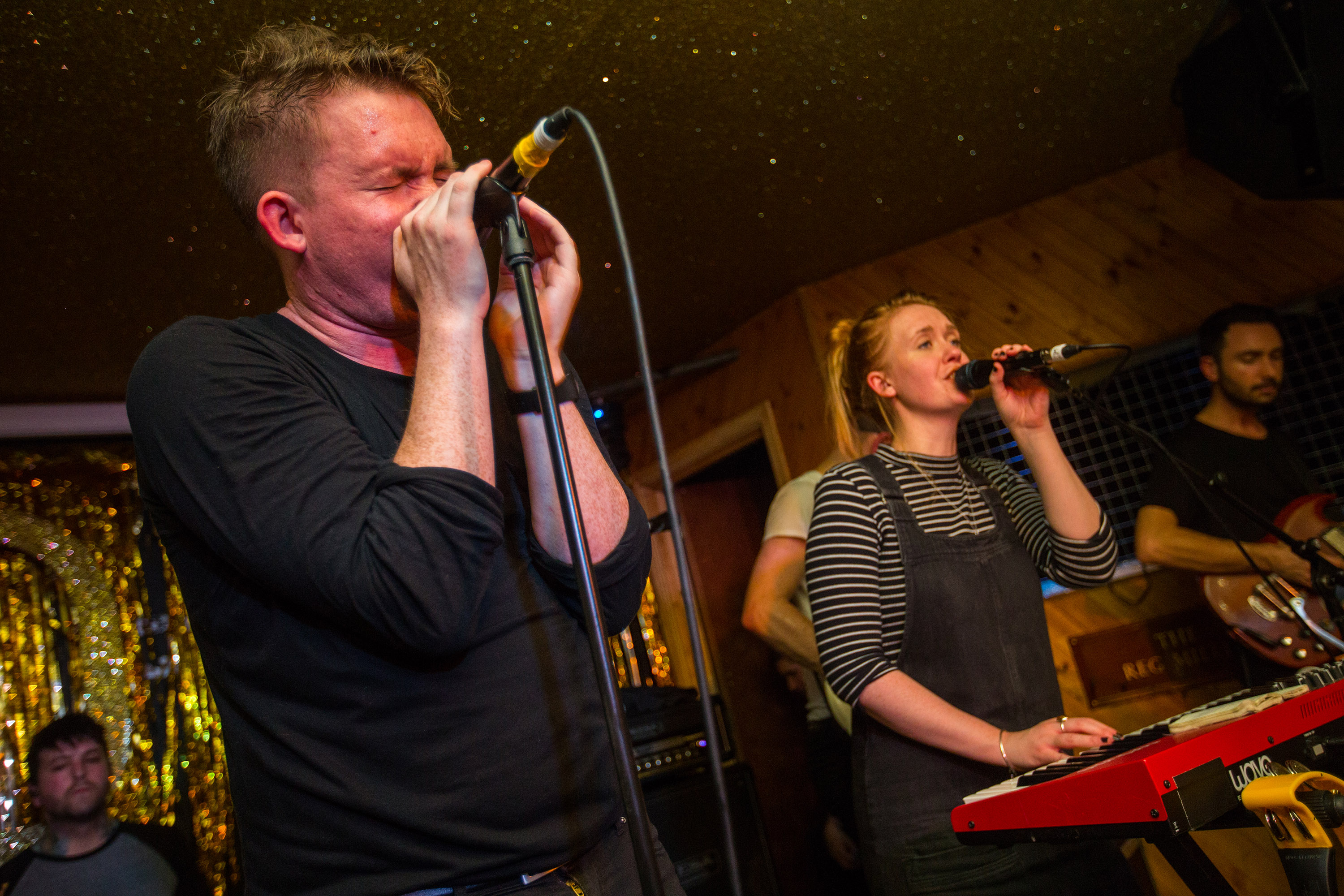 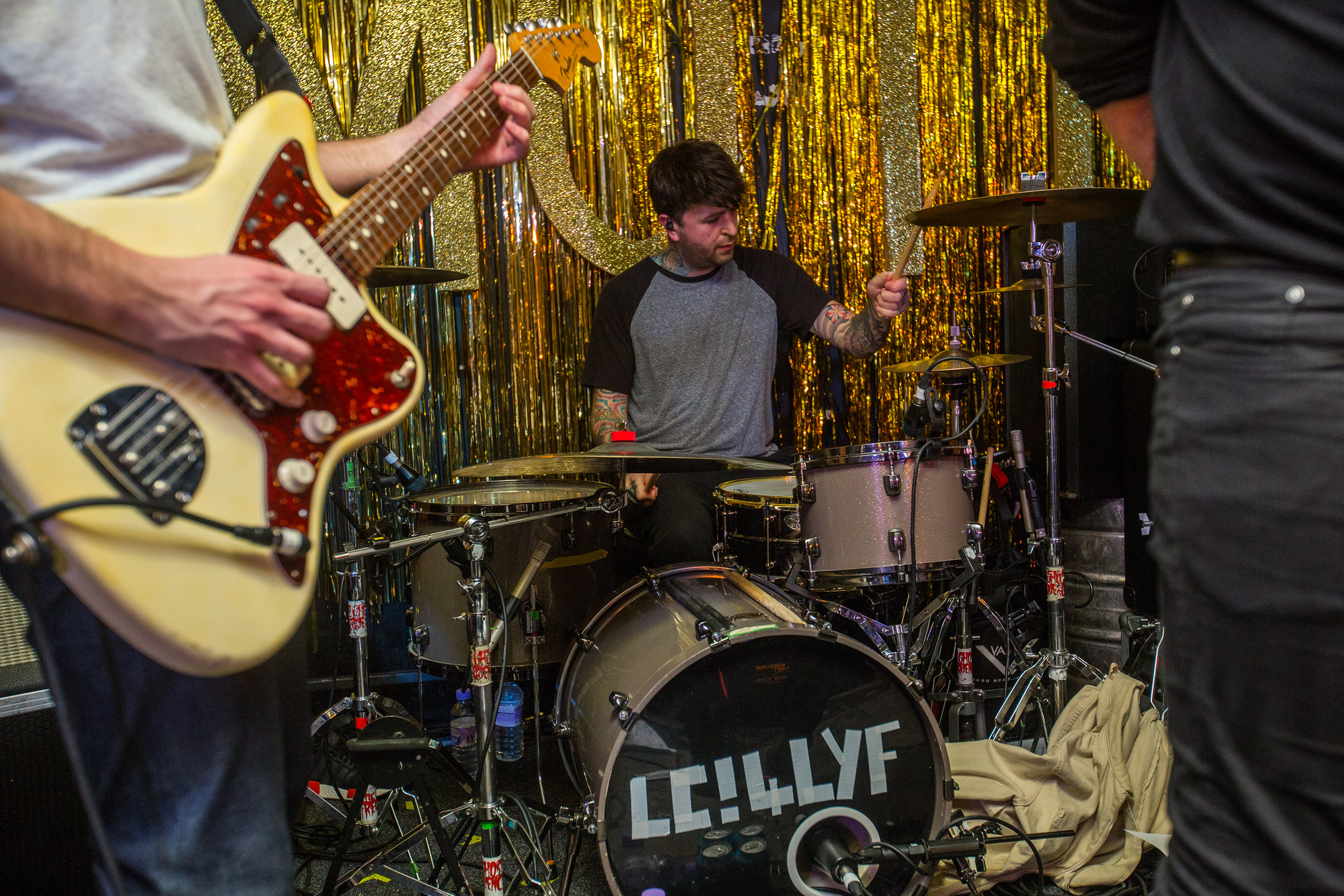 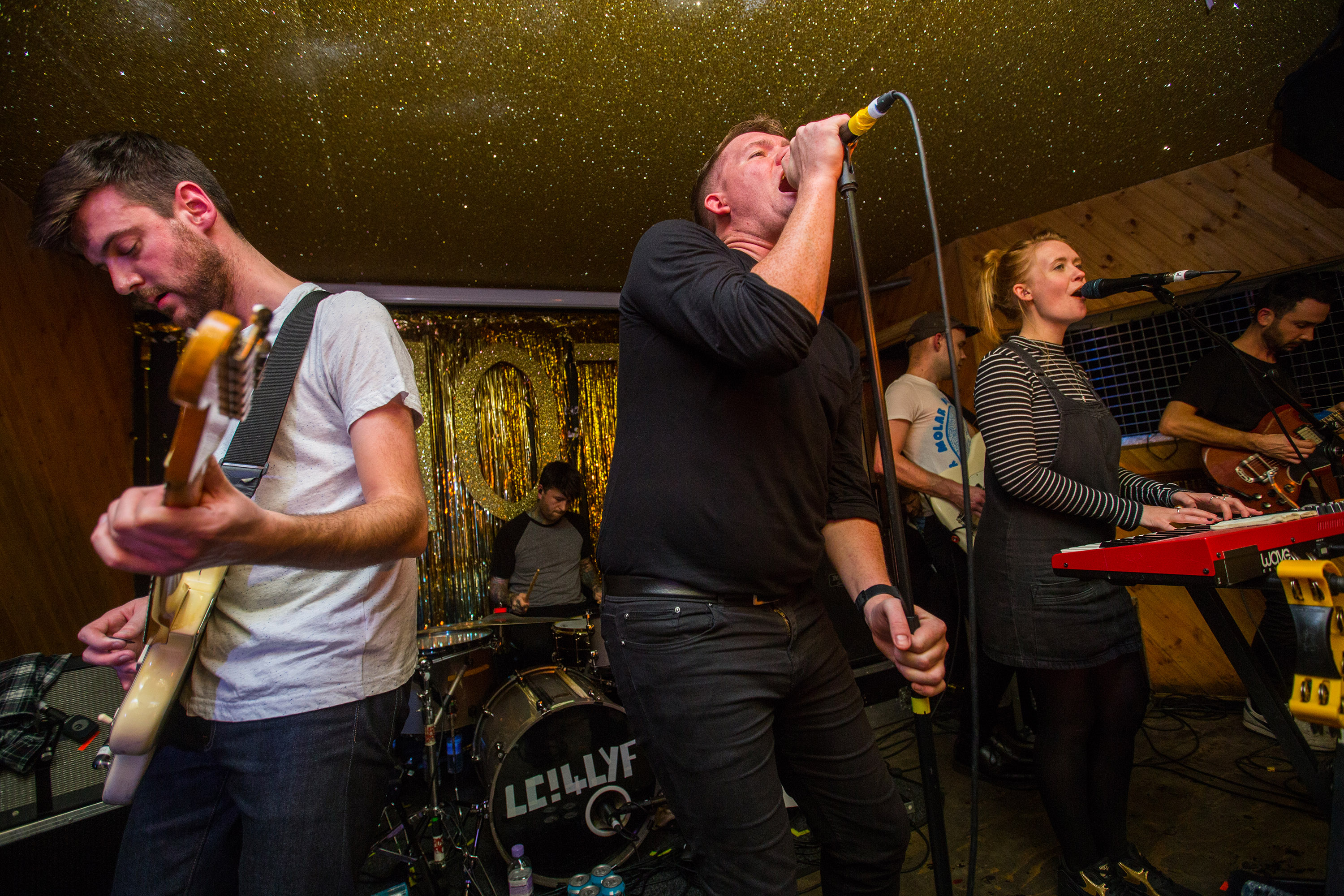 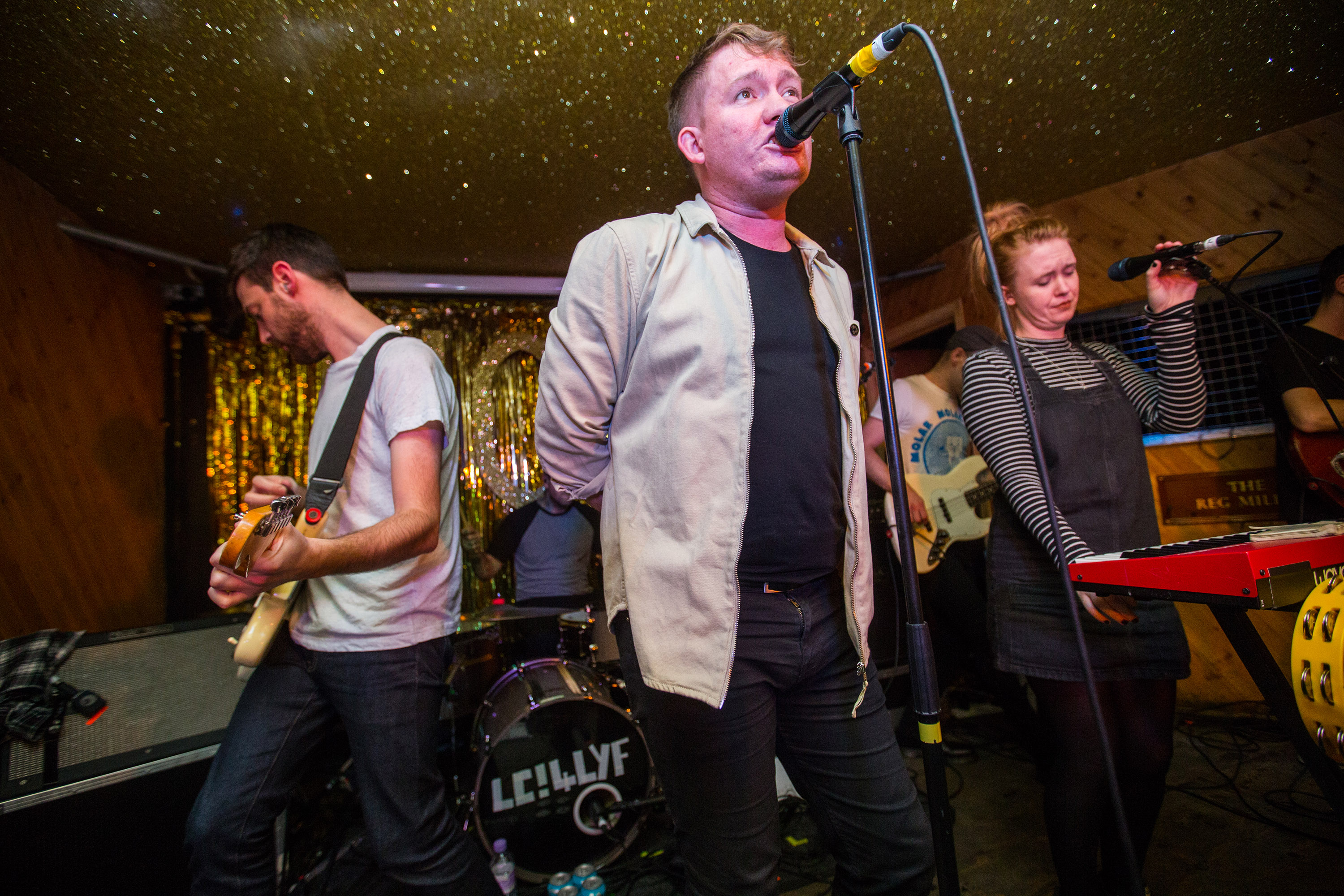 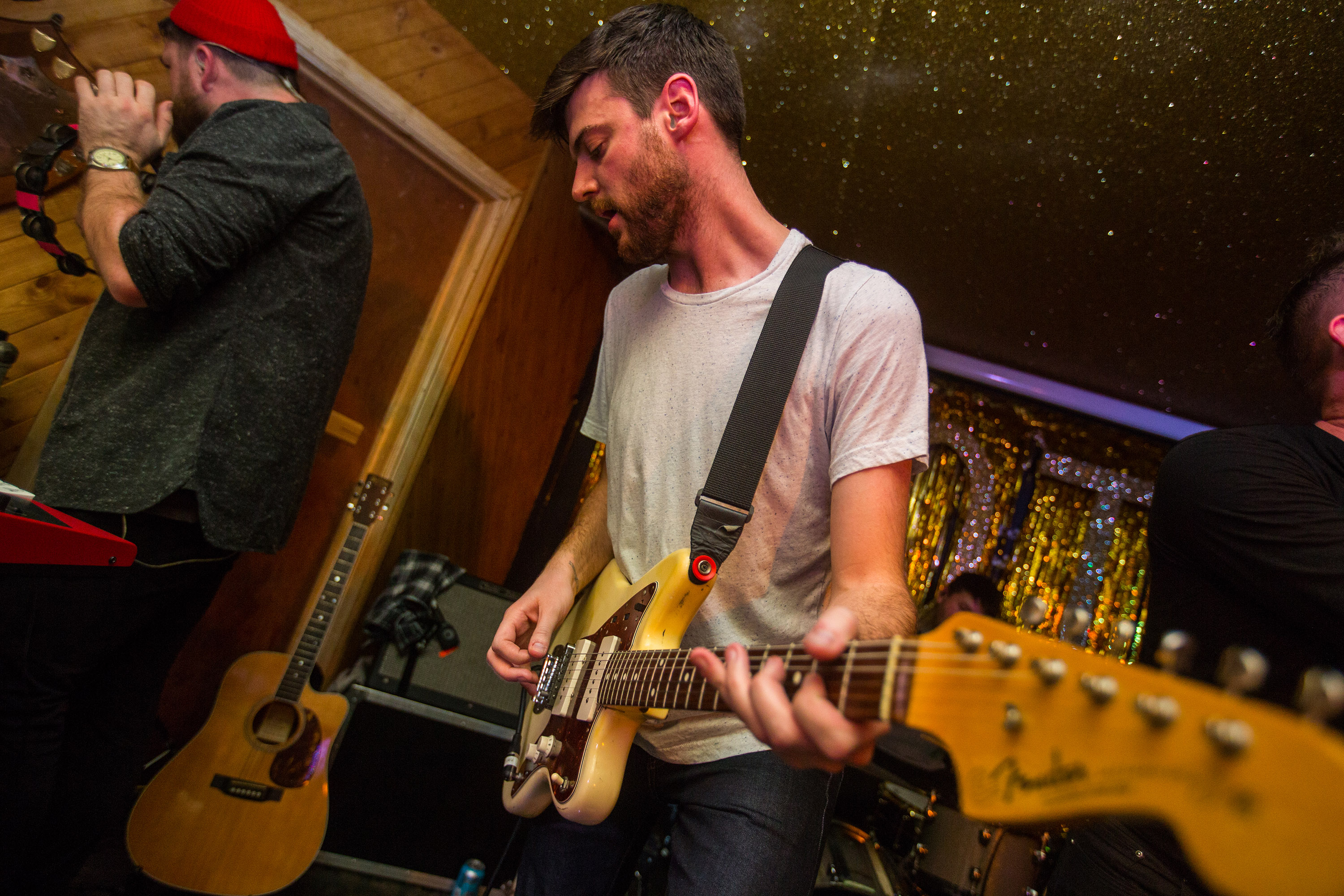 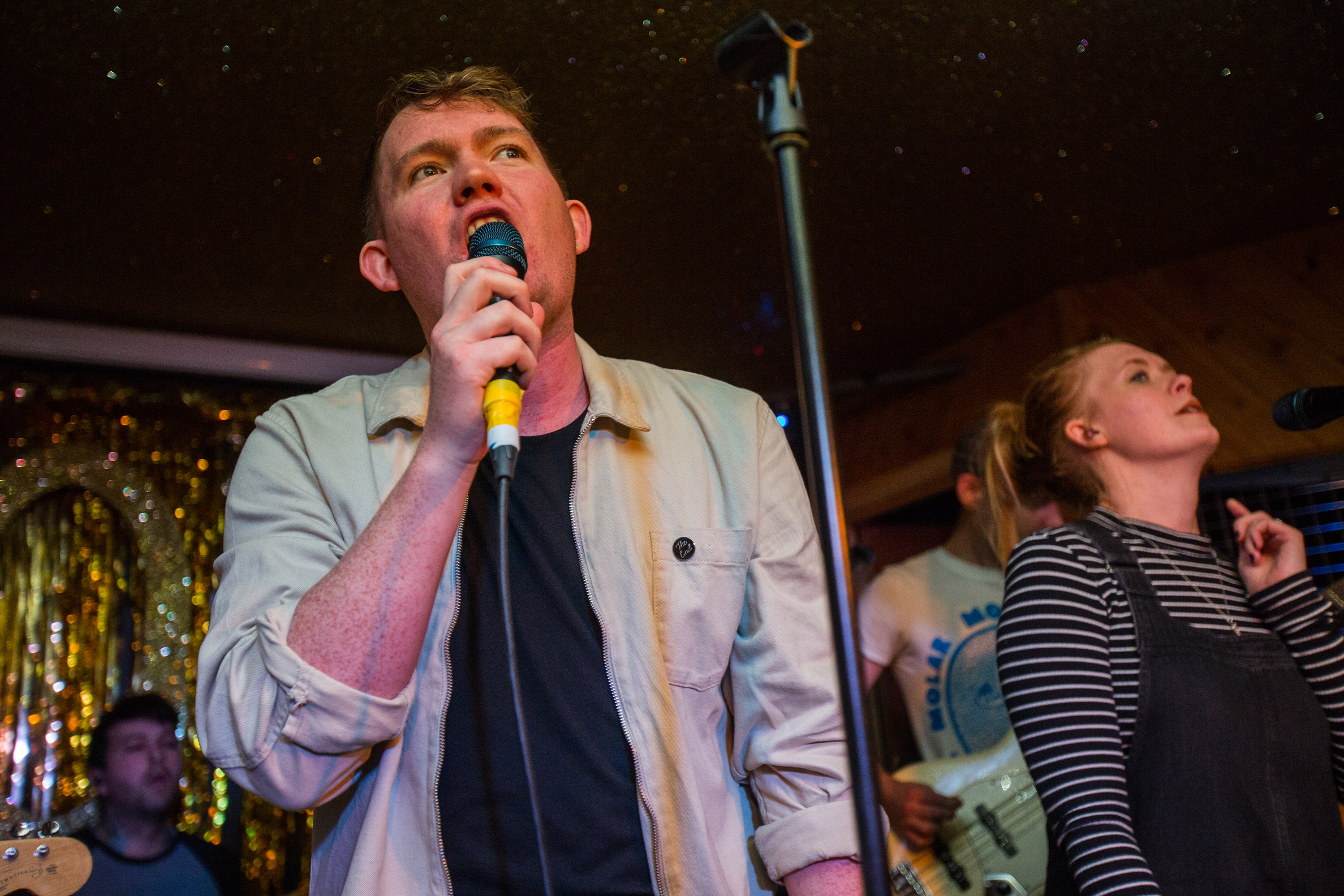 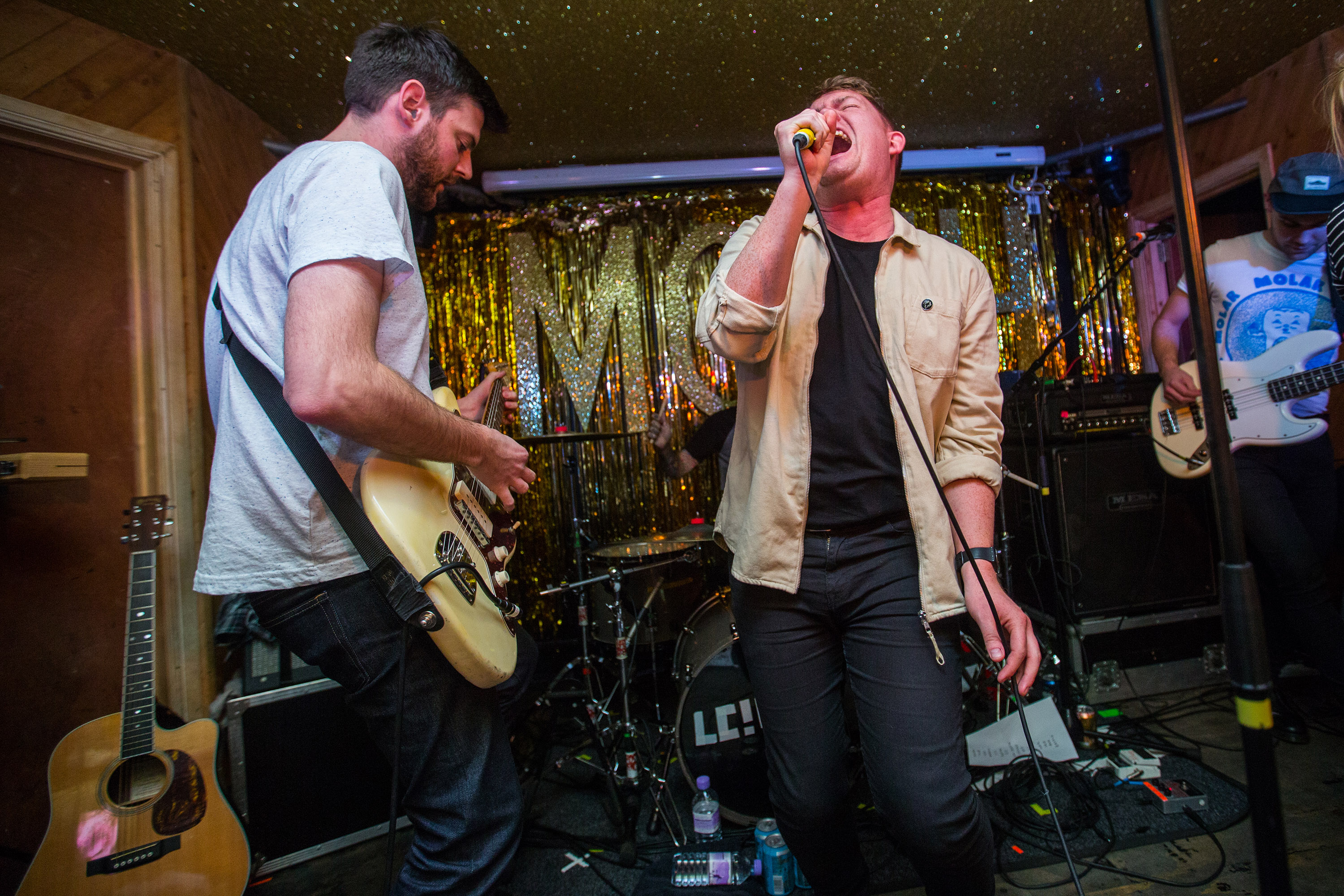